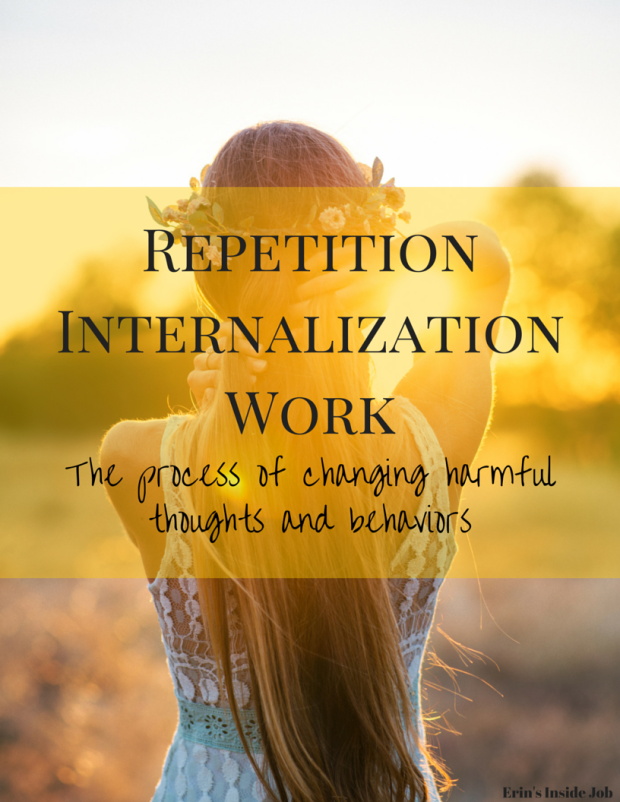 Throughout the process of recovery I often become frustrated because even though I objectively KNOW certain things, I have a hard time actually believing them at my core. Let’s break it down so that you don’t have to wade through my nebulous thought process.

Here are some examples of things that I objectively know and accept as true, which means I would offer the same statements to anyone I meet:

I seem to KNOW everything that I need to do, every action that I need to take, but taking that first step is often the hardest. I KNOW all of these things like “feelings aren’t facts” and that I am an awesome person who deserves to be treated as such, but actually and decidedly internalizing those things has often been a struggle.

Changing patterns takes time. Lots of time. Lots of work. It’s not something that you do overnight after thinking or behaving a certain way for a number of years. I get frustrated because I am impatient. I want a quick fix even though I know there isn’t one and actual life-long change comes from putting in the work.

So to actually internalize all of these things that I just KNOW, they need to be repeated. Weekly, daily, hourly, or even minute-by-minute sometimes, I have to tell myself that I am worthy of love. I have to hear from other people that I deserve to be fairly compensated for my work because sometimes it takes a different voice for it to finally register. I have to read over and over again that I am capable of accomplishing any goals that I set.

I can be a pretty stubborn person. I like to do things my way, ignoring other people’s advice, until I burn out or everything is ruined or some other awesome ending. (Sometimes I do things ok). I can’t tell you how many times in early recovery I was told what I needed to be doing and I responded with “I know.” Over and over and over again, usually multiple times in a conversation.

What stopped me was fear, but that’s a whole other post for another day. Even though I was an annoyance to others and also myself because I would stagnate despite knowing what to do, I’m grateful that those people didn’t stop telling me the same things day in and day out. It took me time, but one day those things clicked.

That doesn’t mean that just because I finally heard them I immediately changed my behavior and thinking patterns. It meant that I accepted what others had to say and now it was my job to act on it. That’s the work.

In the aforementioned examples, here is what the work looks like:

I think a lot of my KNOWING came without true internalization. I could easily know something, but without believing it wholeheartedly, I would be incapable of actually acting on anything.

Repetition = Internalization = Work. Can you relate?

Thanks as always for Amanda for letting me think out loud.