The City of Sisterly Love - Erin's Inside Job Skip to content

The City of Sisterly Love

This weekend was pretty epic. As I mentioned last week, my sister Jackie came to visit from Virginia. She got in Thursday night and after dropping her stuff off at home, we immediately went to get her a Chicago hot dog.

Warning: this post is definitely picture-heavy so get pumped. 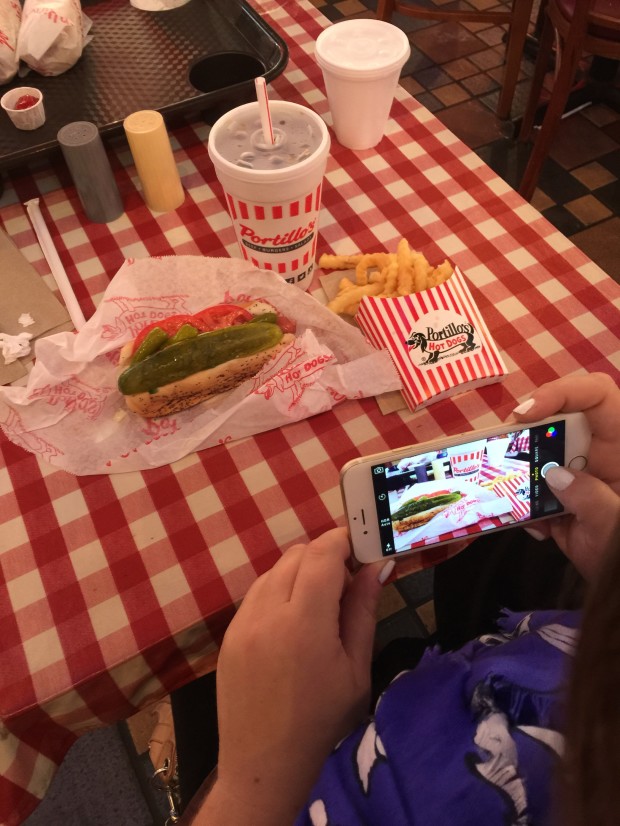 Friday we met Neil for lunch in the Loop since he had to work. After lunch we walked around for a couple hours, starting out in Millenium Park, then walking south to Buckingham Fountain before walking back north to home.

Obligatory Bean photo. Might be time to clean it off. 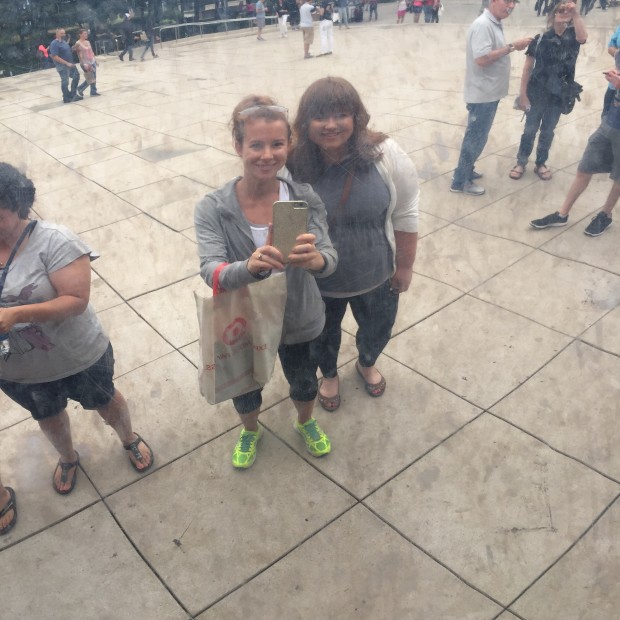 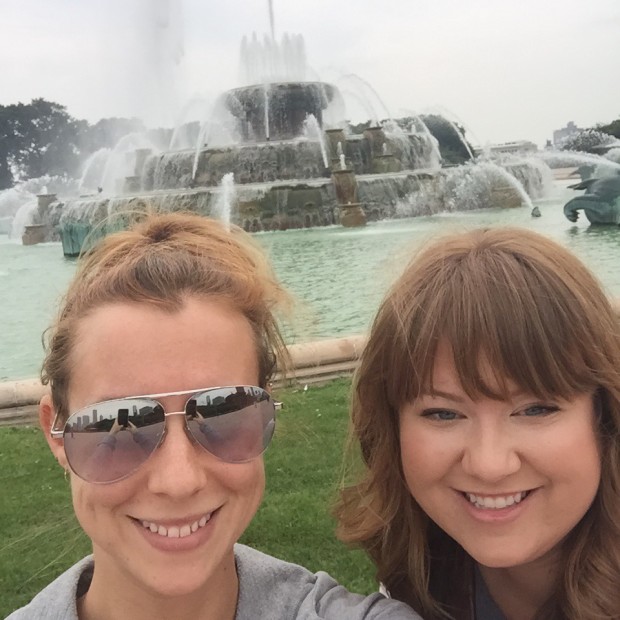 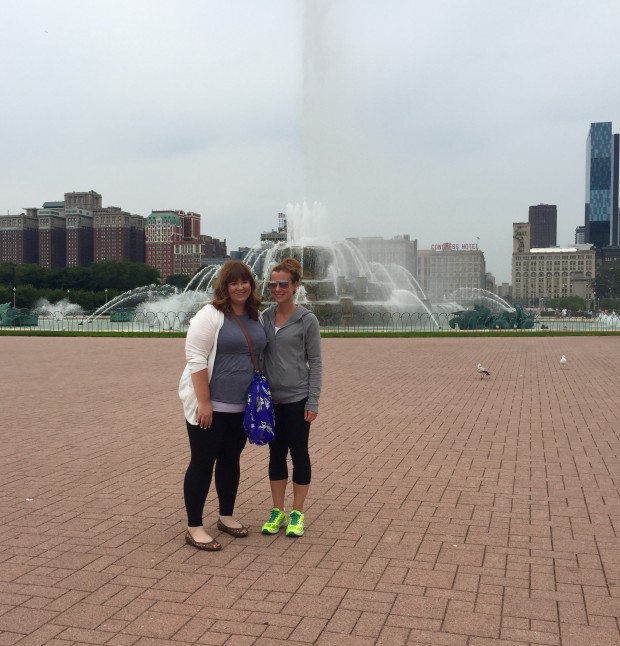 After all that walking, we had to stop for donuts at Stan’s. 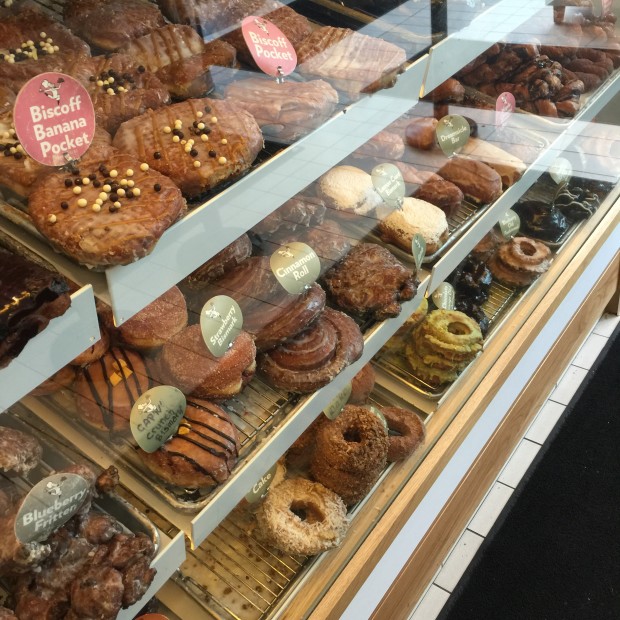 After resting for awhile, we all went to meet my Uncle Bill at Catch 35 for a delicious seafood dinner. There were about 321657 food pictures, but for brevity’s sake I left these out of the post. I can attest to the fact that everything was delicious. 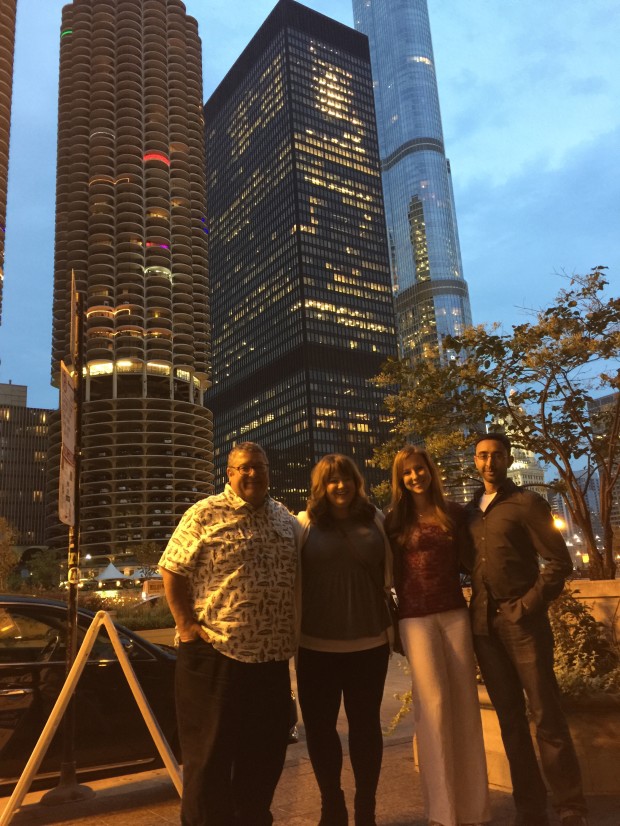 Saturday morning we headed to the French Market, but even though the market itself had opened an hour before, some of the vendors weren’t open yet. 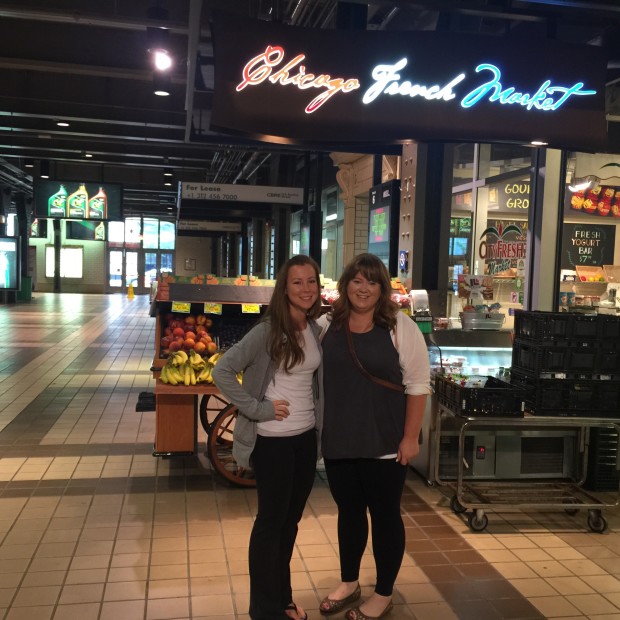 Thankfully Beaver’s Donuts was open and these were gone far too quickly. 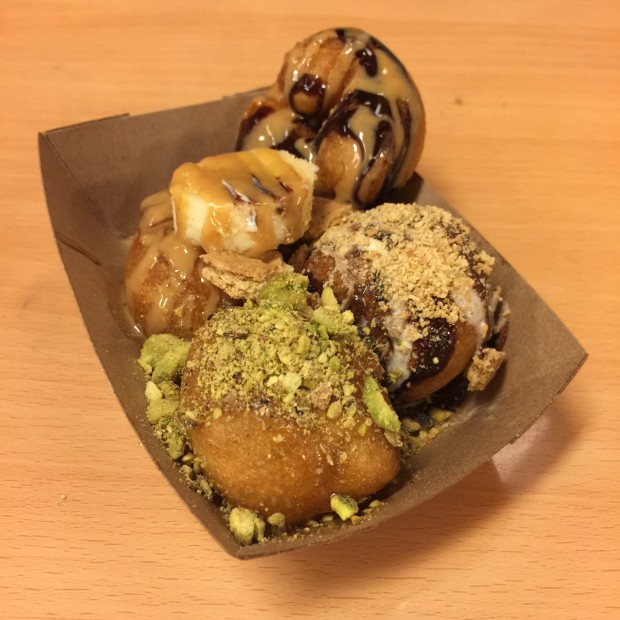 I had a lox bagel for breakfast which made everything right in the world. 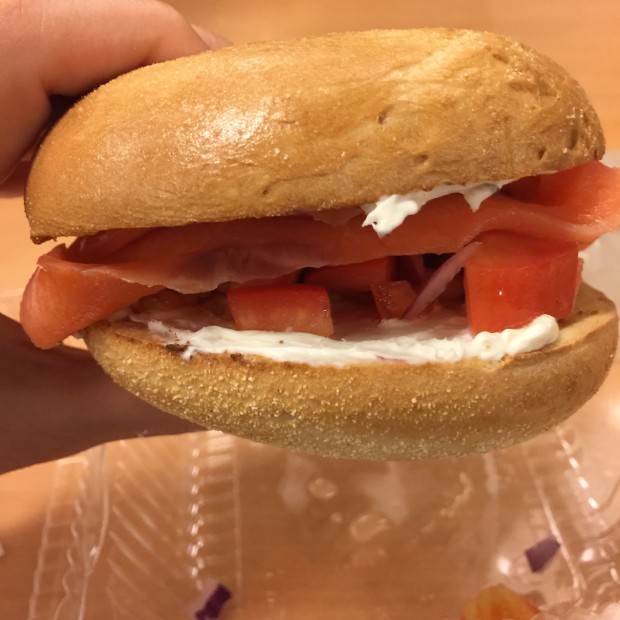 This is the second time that the chocolate display from Lolli and Pops overwhelmed me and I bought nothing. 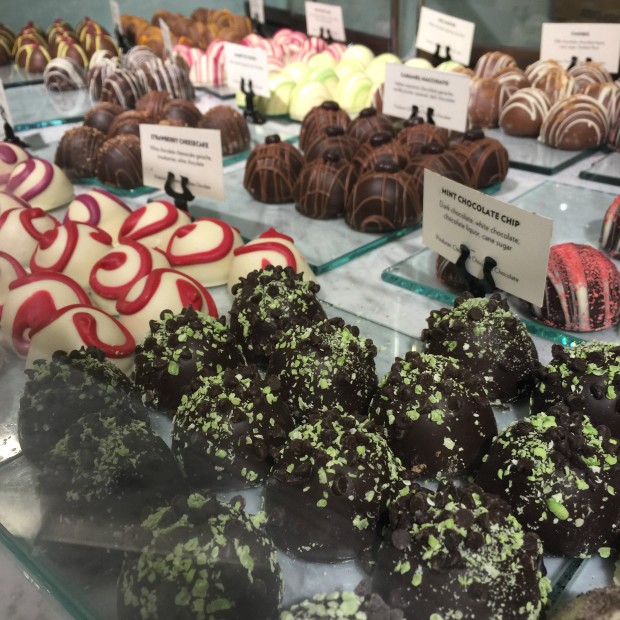 After the French Market, we headed to the Adler Planetarium. Unfortunately, my feeling after leaving the planetarium was similar to when we went to the aquarium. I think the potential was there, but I was a little underwhelmed.

Note: we bought tickets online to save line time, but when you go you have to stand in line regardless in order to get tickets for the shows they offer. I would advise waiting until you get there and save $5 on the in-line ticket only purchase since the pre-order doesn’t save you any time. 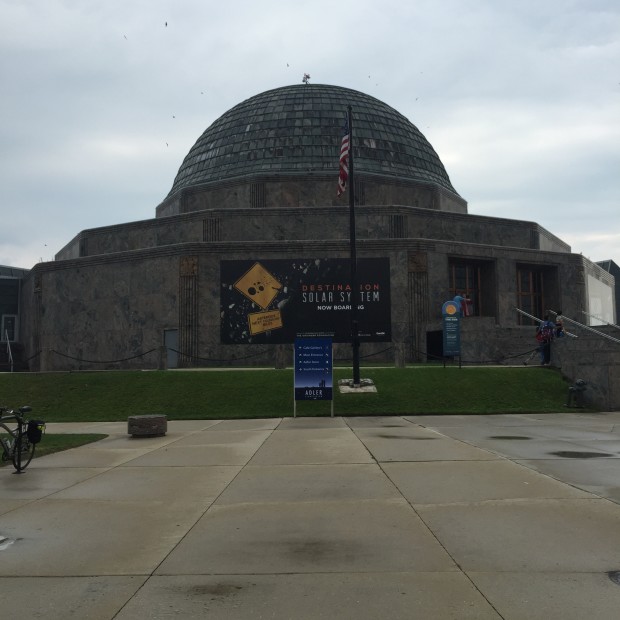 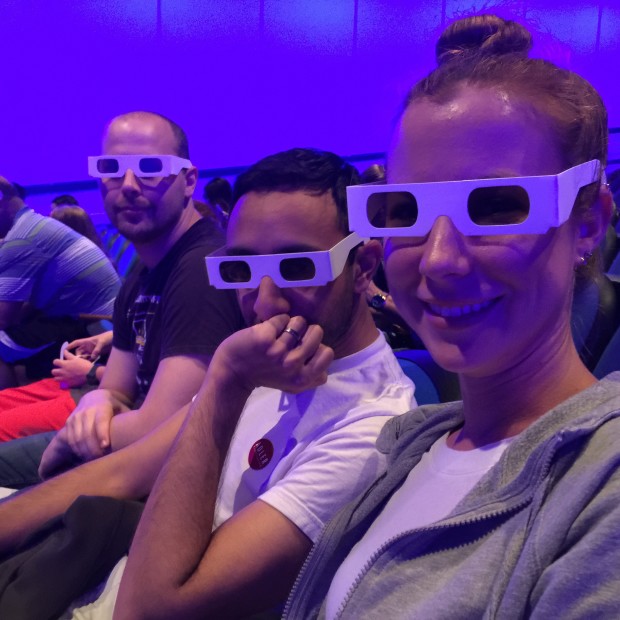 After a long day out and about, Jackie and I went to Ghirardelli’s to drink delicious milkshakes. 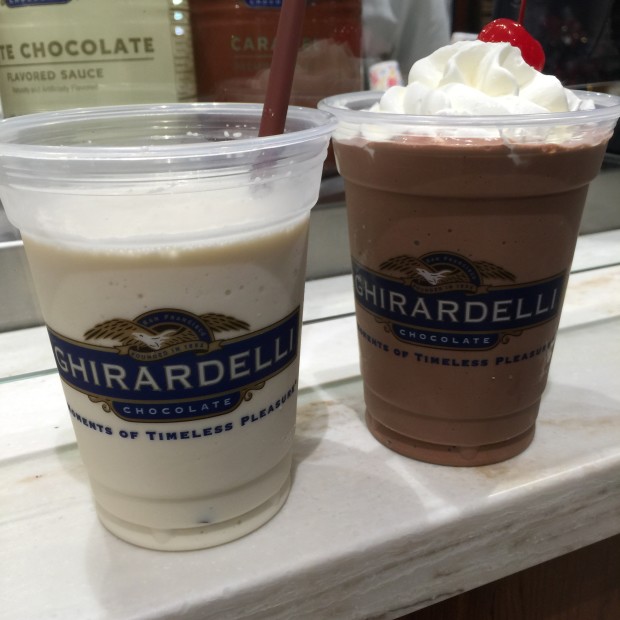 Sunday was Jackie’s favorite day because she got to meet Manny the Frenchie who was having a fundraiser at the Hotel Palomar. We hung out with Manny and many other puppies who came to play and help raise money for the Chicago French Bulldog Rescue. 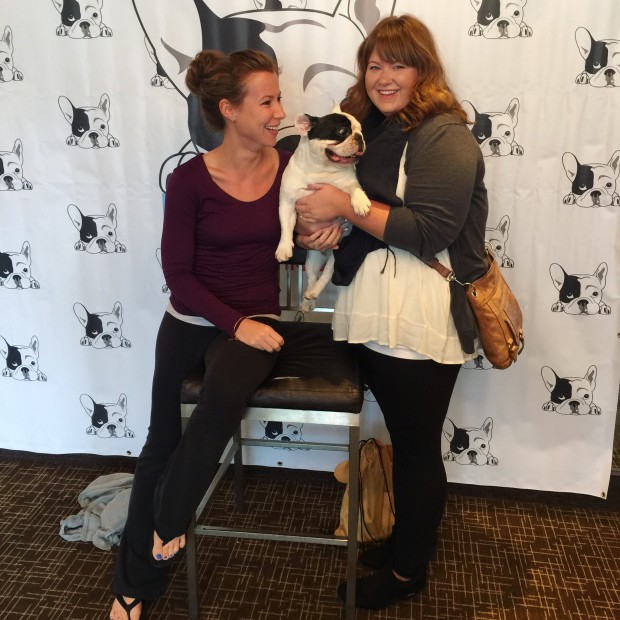 After rolling around in puppies, we headed to Eataly for a banana and Nutella crepe. 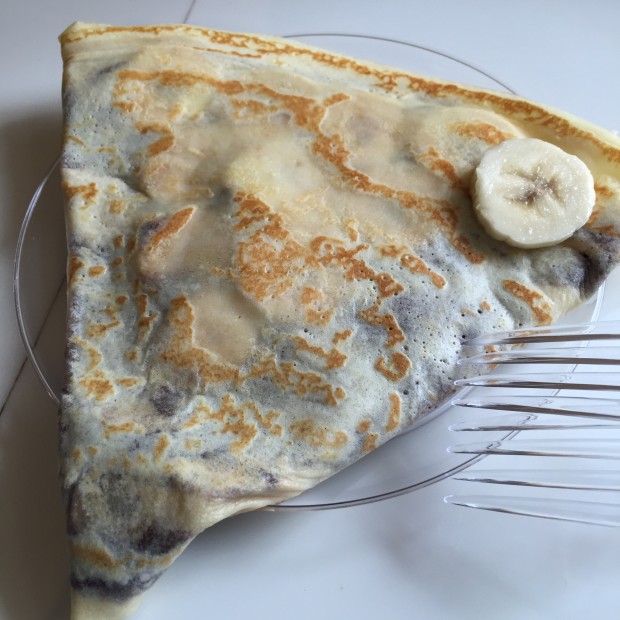 The rest of Sunday was spent trying to cram in all the rest of the foods on our list. We had Trader Joe’s Kung Pao Chicken for lunch and then pho for second lunch. 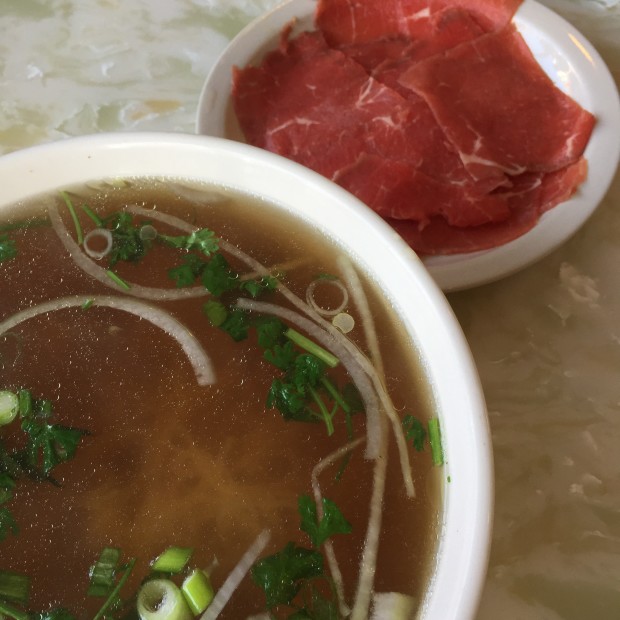 After pho, we took Jackie to Jeni’s Ice Cream. 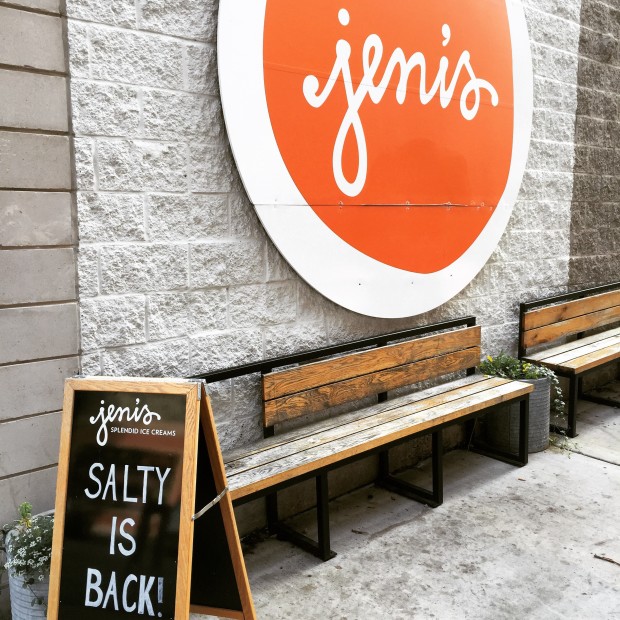 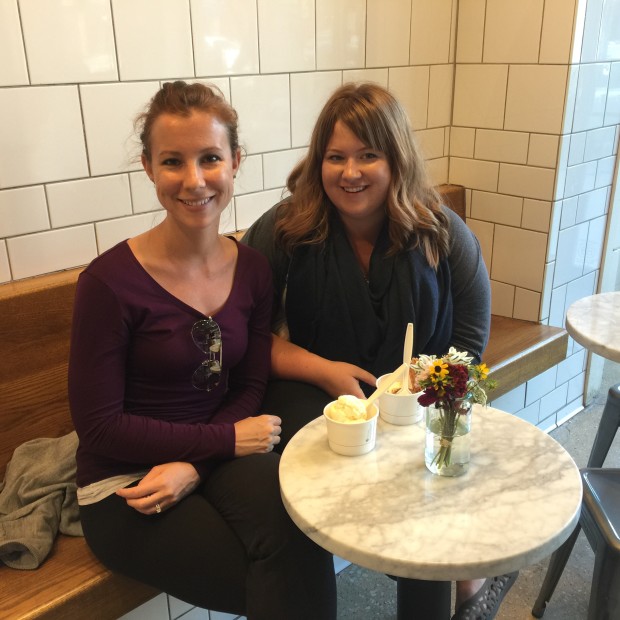 After ice cream, we got Insomnia Cookies. I thought I wouldn’t be able to eat another thing, but I can never turn down chocolate chip cookies. I just had to wait until we got home to eat one (or 2.5). 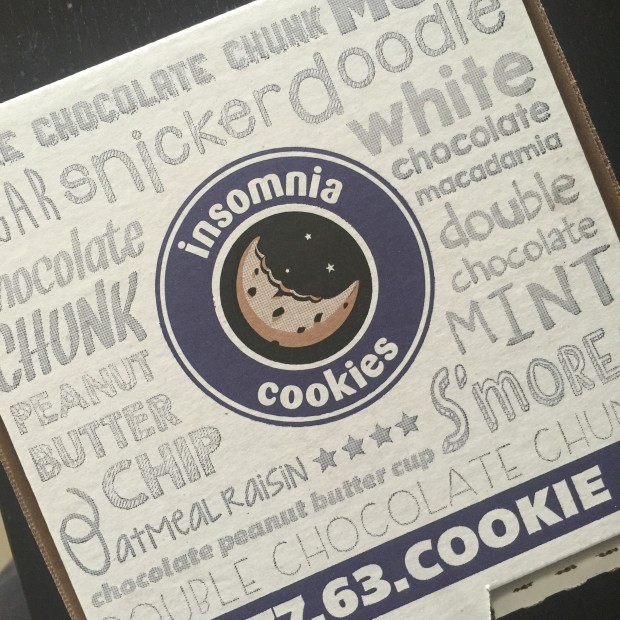 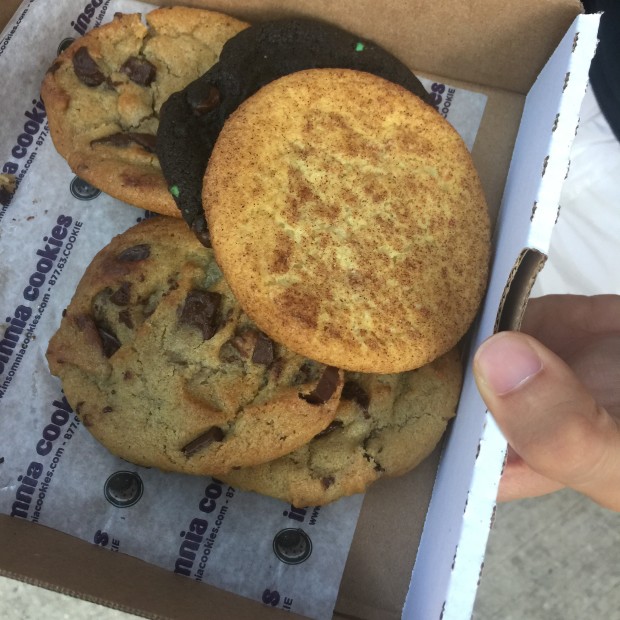 We rewatched 21 Jump Street and then Neil made steak and salmon because we live in the most gluttonous household known to man. Then we watched 22 Jump Street because we couldn’t move from the couch.

Jackie leaves this afternoon, so we may hit up breakfast and then hang out until then. I think we had a great weekend and it was really good to have her here!

I hope you guys have a great Monday! I will be running to prepare for my half marathon this weekend and hiding all cookies 🙂

22 comments on “The City of Sisterly Love”