Back handsprings and Bombolinis - Erin's Inside Job Skip to content

I got out of the house a surprising number of times this weekend given that House of Cards season 4 was released on Friday. I didn’t even know that it was until Friday afternoon, so I figured that all of my weekend plans were now set in stone.

Neil and I started watching Friday night after I finished teaching and ran through four episodes back to back. Saturday morning I had to train a client, but we managed to fit one in before that happened as well.

In order to force ourselves to move from the couch, Neil met me after training and we headed out to wander in the West Loop for awhile before heading back. I wanted to make a stop at the French Market to grab some chocolates from Lolli and Pops since I always stare at them but never buy any. While we were there I found this: 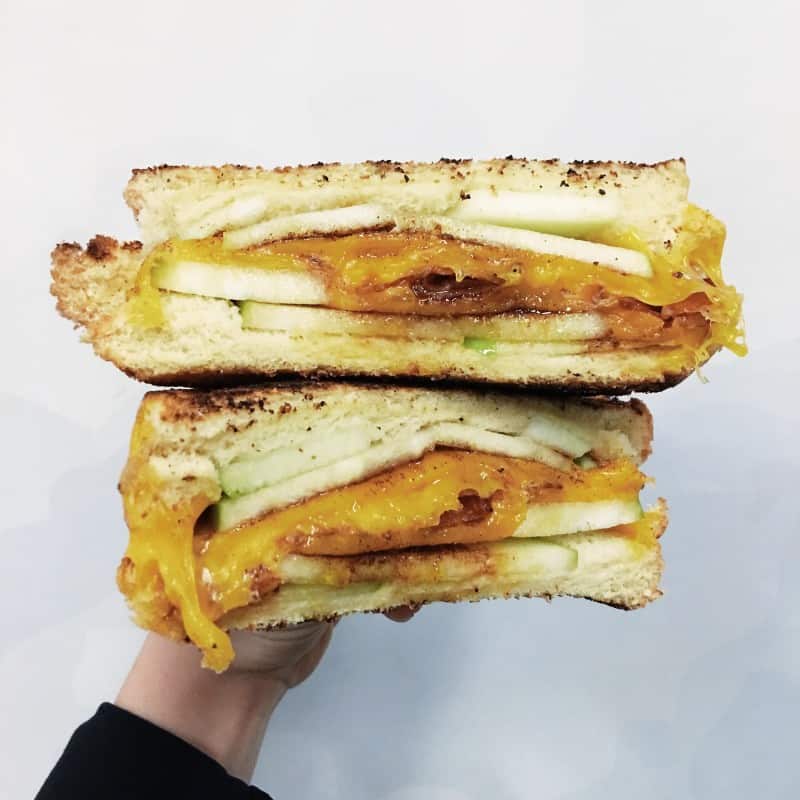 If you follow me on Instagram, you already saw this beauty last night. It was an apple pie grilled cheese with Granny Smith apples, cinnamon, bacon, and cheddar cheese. It was so. good.

I took pictures of flowers because they make me happy. 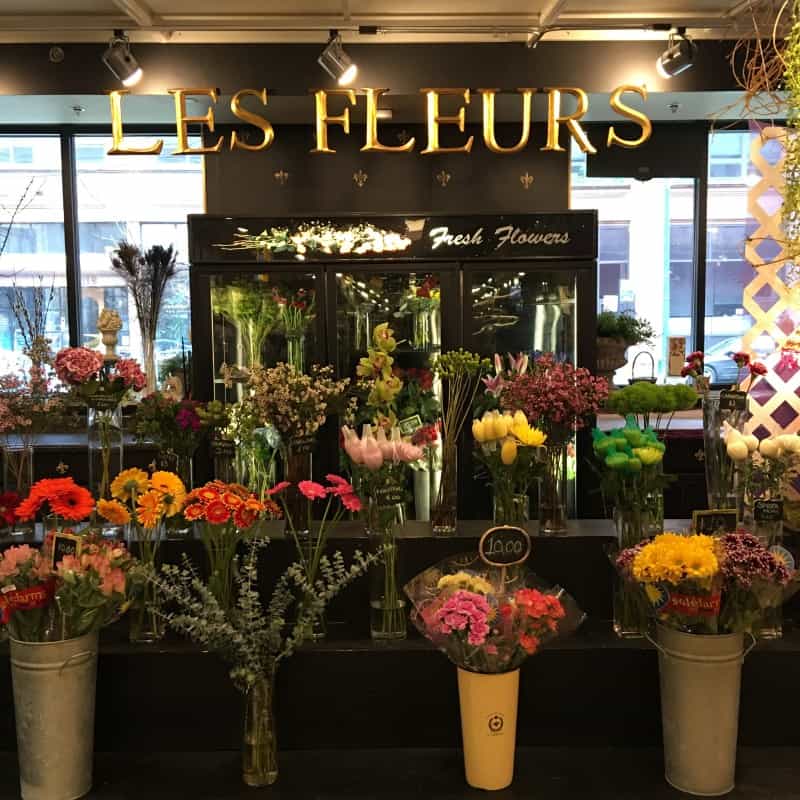 This picture doesn’t do it justice since there are about 4 other sections just like this, but if you can read the names you’ll see how marvelous and decadent these are. There’s a better picture coming later this week. This may be the only time I buy some since 6 chocolates worked out to $22. 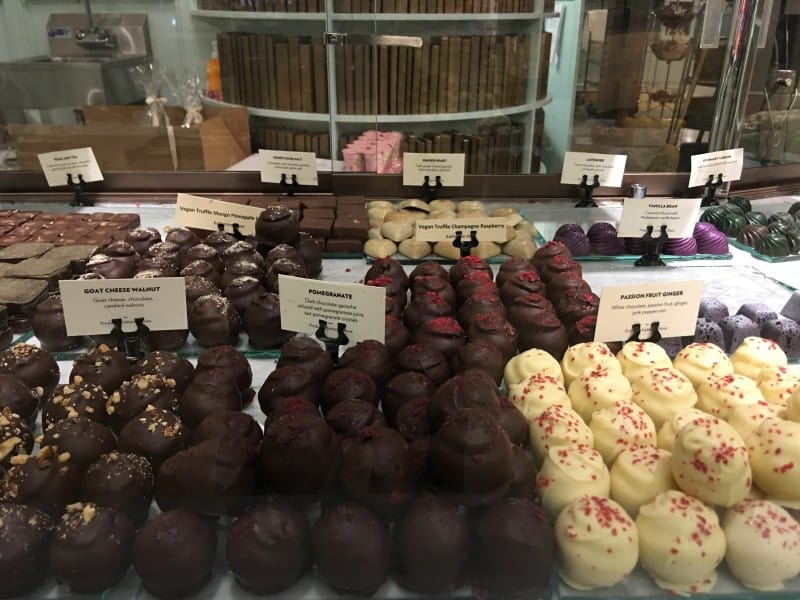 Since we were in the West Loop, I also wanted to make a stop at Bombobar, which is attached to Bar Siena. They serve several different flavors of bombolinis, which are a type of Italian donut that has no hole. 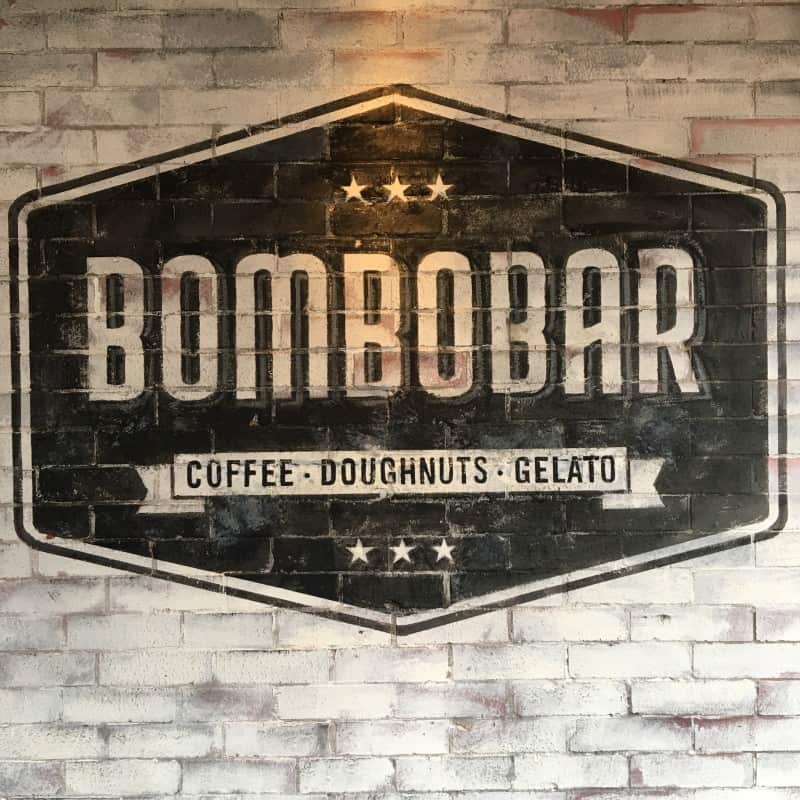 Since Neil didn’t want one, I had to get two anyway and eat his. Don’t worry, it makes sense.

I got the PB & J and the maple buttercream and both were amazing. Then I blasted home on my sugar rocket. 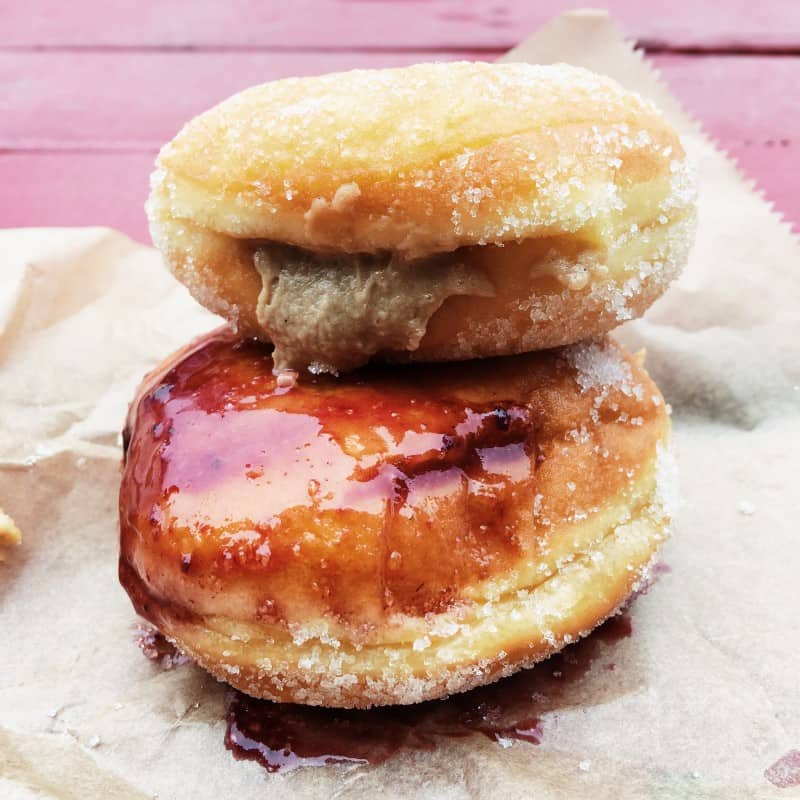 We walked home and started in on a couple more episodes of House of Cards. We had to pause because I had to meet up with one of my coworkers and make a return trip to Lakeshore Academy for another gymnastics class. As you might remember, I wasn’t a huge fan of the class, but bringing a) a friend and b) someone who has done gymnastics and competitive cheerleading for two years made a HUGE difference.

Such a difference, in fact, that I nailed my first unassisted back handspring! Literally I have been wanting to get to this point since I was 7 years old.

He was such a good teacher and maybe I will hire him to take me on to the Olympics. Take a look:

I know I’m still on an incline mat, but I’m working my way towards that floor. After that, we took ridiculous Boomerangs on the trampoline which will also make an appearance at some point on Instagram.

So happy after gymnastics! 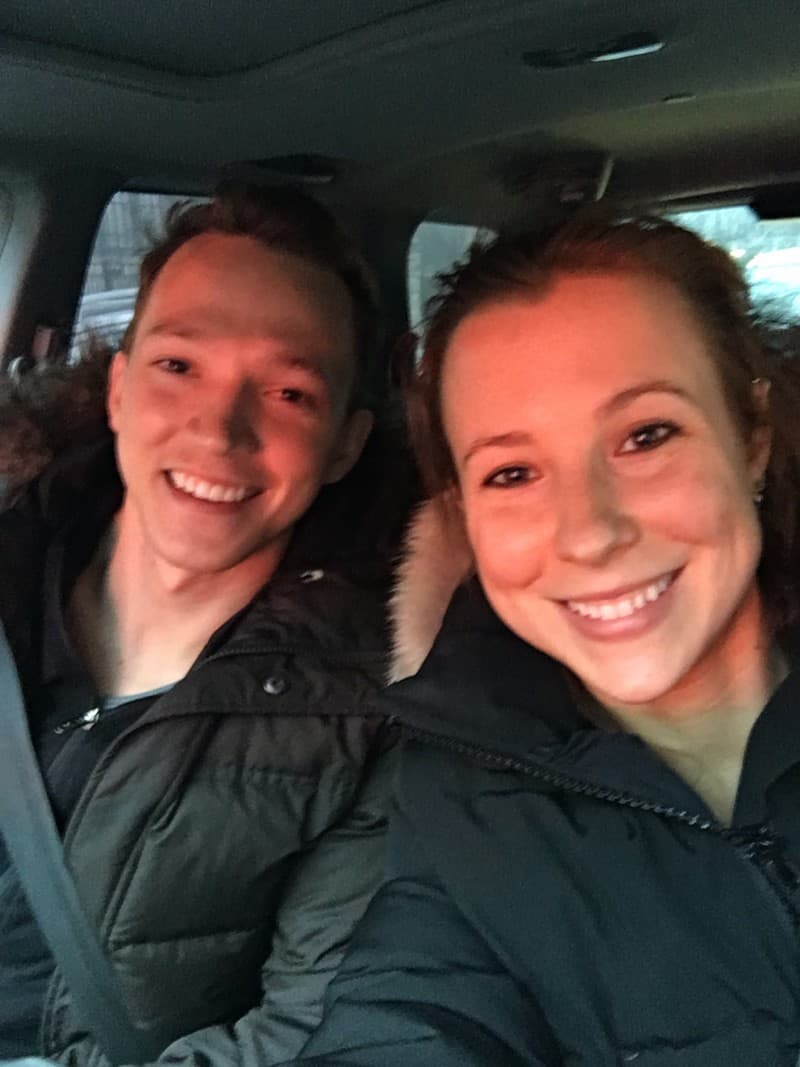 Once I got home I was starving (2 hours of gymnastics will do that to you), so Neil and I headed out to Blaze since we hadn’t been there in awhile.

If you’re a newer reader, Blaze is basically the Chipotle of pizza. You can choose everything from what sauce you want to a huge assortment of toppings and they wood fire it and have it to you in less than 10 minutes. It’s so great. 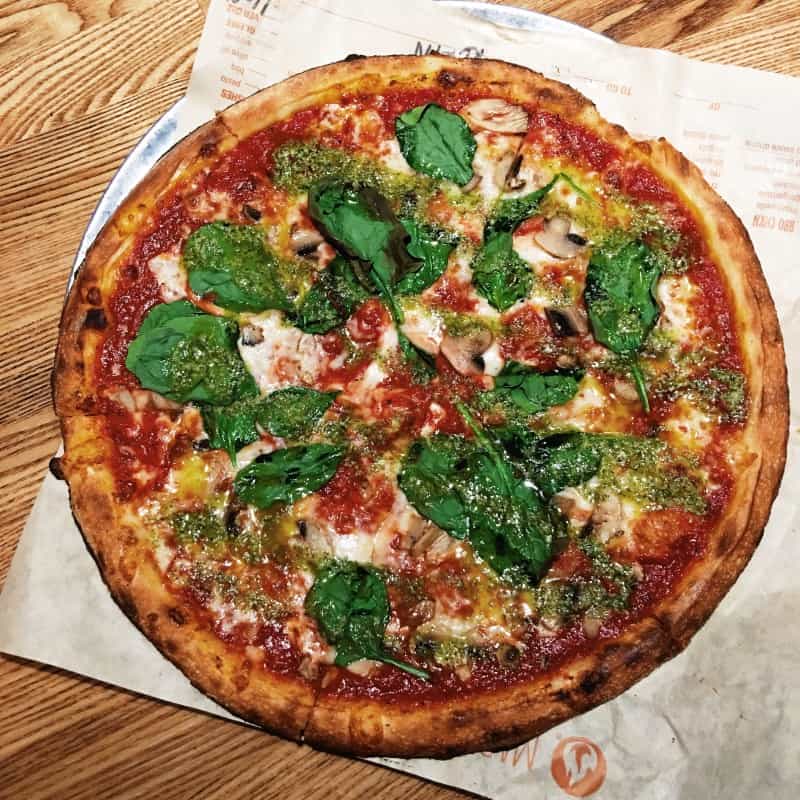 Saturday night wrapped up with more House of Cards, which we would have finished if I hadn’t fallen asleep in some weird contorted sitting position with my arm behind my head. Neil was nice enough to save the last two for Sunday and tell me I needed to go to sleep.

Sunday was glorious because we slept in until 8 and had a nice, leisurely morning. I told Neil I wanted to watch cartoons because I am 5 years old, but he was happily on board. After a couple, we got dressed and went outside to grab lunch and walk around since the weather was so nice.

We also stopped in a number of open houses. Neil has always loved going in them and we like getting new ideas of what we do and don’t like for when we finally get a final place to settle into. 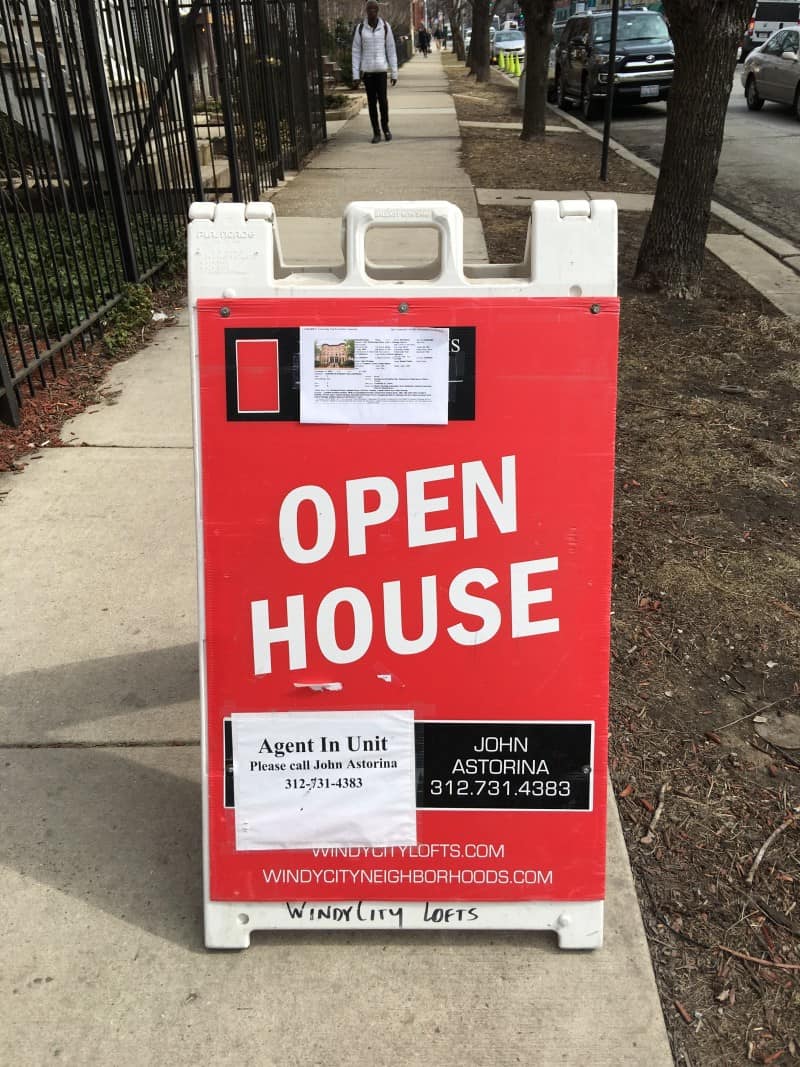 I took pictures at some of them. The view is great, but right now I think ours is better since we actually live downtown. 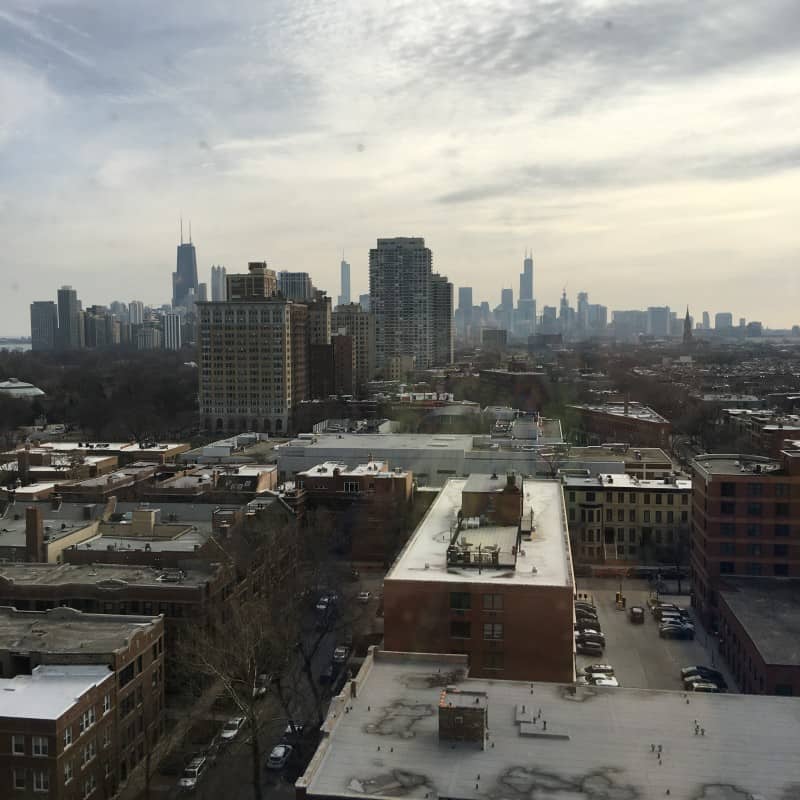 In the middle of open houses, I forced Neil into home improvement stores so I could buy more tiles to use in photos. Seriously, they’re awesome and cheap, so if you’re ever looking for photo backgrounds, check out your local hardware stores! 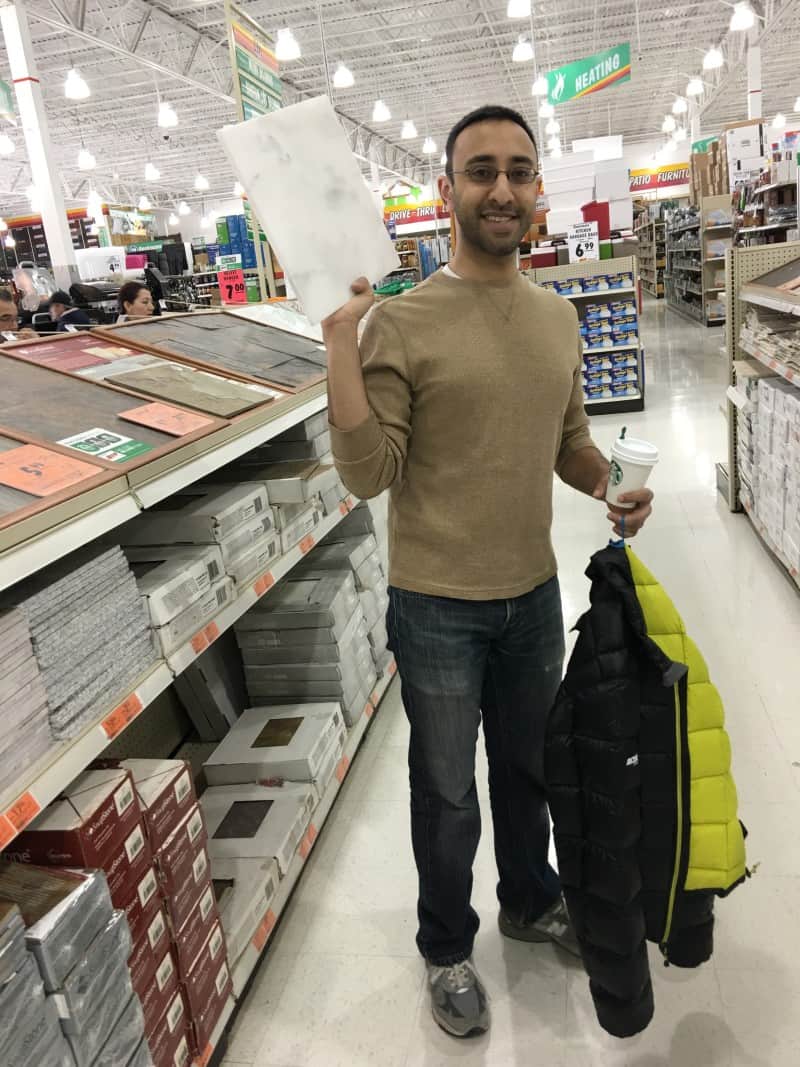 On our way back we stopped at By The Park, which has amazing cookies and bars. When I went to order, Isabel, the owner, looked at me and asked if I had an Instagram. I told her yes, then she said, “Erin?” She told me that they follow me and she loves my feed!

OMG YOU GUYS. I’M FAMOUS. Maybe Neil won’t think I’m such a weirdo anymore for all my food pictures.

Anyway, I got a Boston Common Park cookie, which is peanut butter and jelly. The jelly tasted just like those thumbprint cookies and I wanted to eat 12 more. Thankfully, Neil took me out of the store. 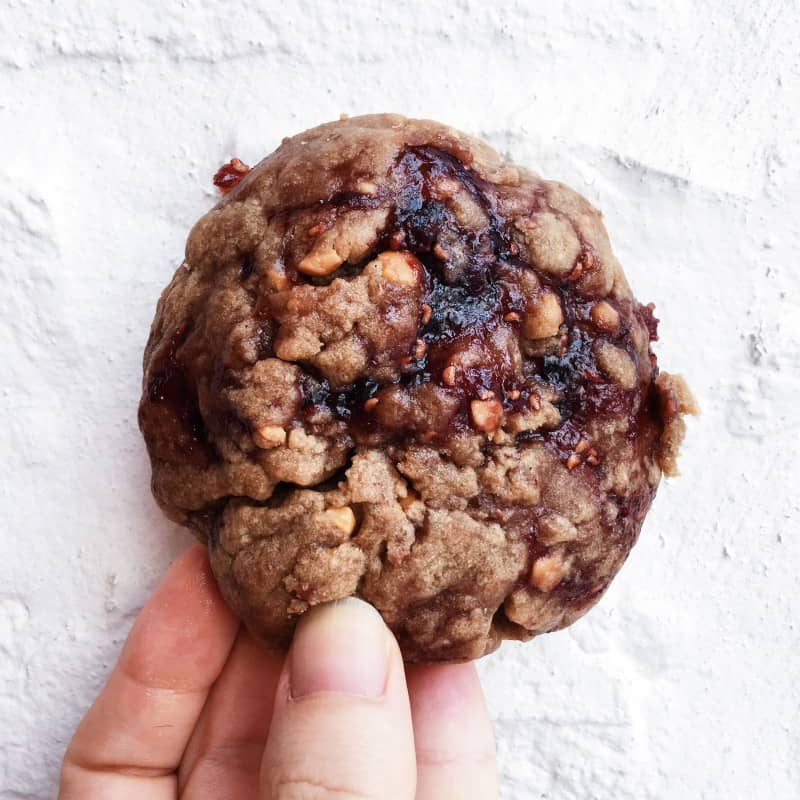 We finally headed home and finished the last two episodes of House of Cards, then I did some prep work for this coming week writing workouts and planning out some writing.

Neil and I are headed on a trip to Malibu and Santa Monica next week, so I’m trying to get ahead of everything on my list. We also have a short trip to La Jolla planned for April, so if you guys have any food/fitness/anything suggestions for either, please let me know!!

20 comments on “Back handsprings and Bombolinis”