Fourth of July Weekend - Erin's Inside Job Skip to content

I hope everyone had a wonderful weekend. You guys, July really snuck up on me this year. I realized in planning out my work schedule that I’m not going to have a full week of work until the last week of the month.

All in July I have: 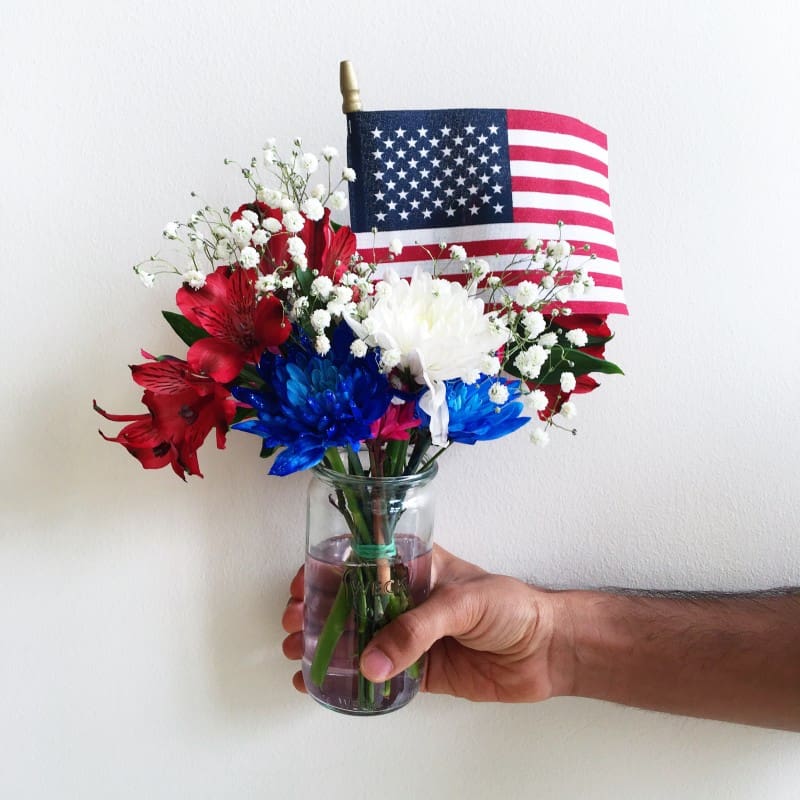 This weekend was relatively uneventful and involved a lot of napping, eating, and movies. I’ve been resting my back and even though it’s not totally better, it’s getting there. It’s been two weeks since I hurt it and almost three since I worked out at all, so it’s really been a little frustrating. I’m just going through what I need to until it gets better so that I don’t hurt it further and postpone my epic workout return.

Saturday I had to teach one class, so I made sure to make it festive. 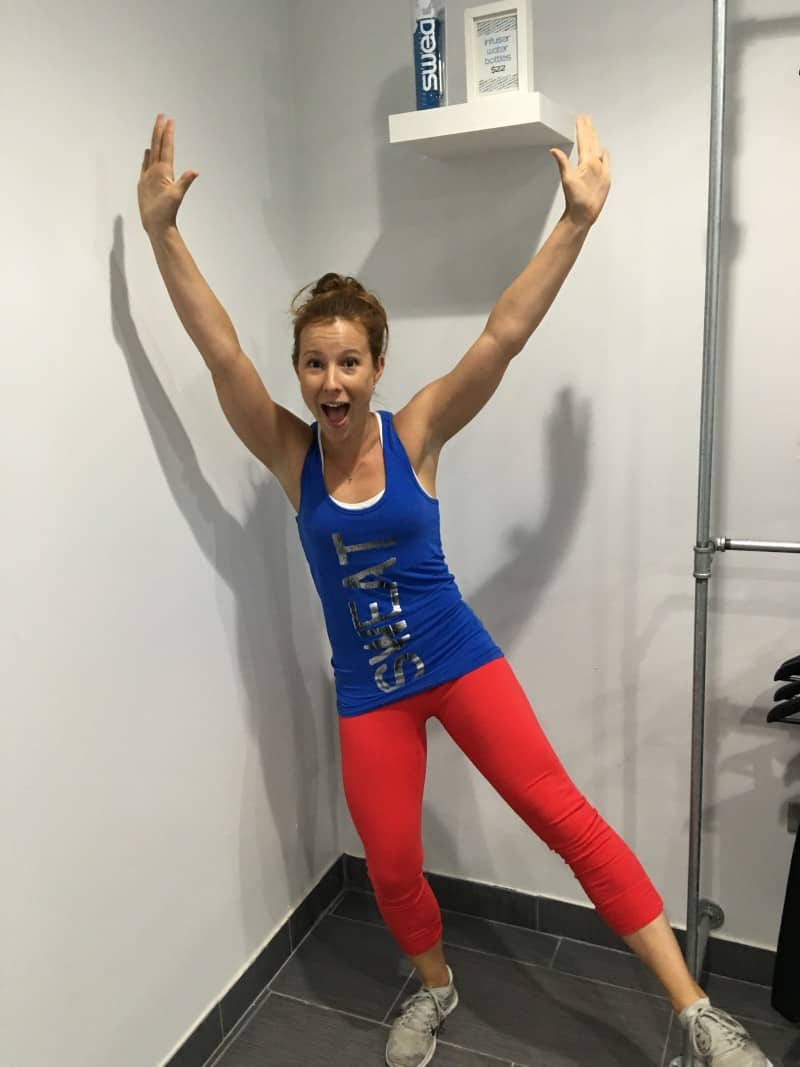 After teaching, I spent some time in Barnes and Noble and saw this great book that starts with a sentence and leaves you a page to finish the story. It’s a great writing activity, but I settled on a giant complete Sherlock Holmes collection instead. READING WEEKEND. 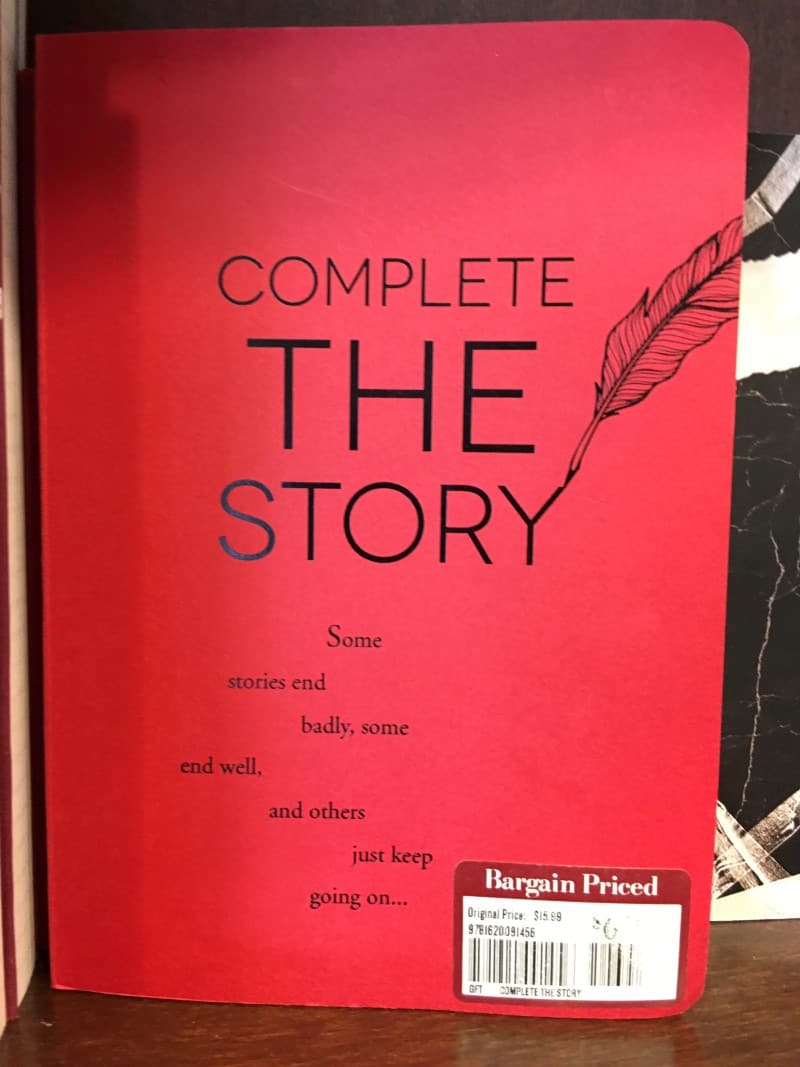 After meeting up with Neil and having a poke bowl (not pictured), we walked around the city a bit before heading home. I showed him one of the buildings where I’m working (the one I showed you the other week), but this time took him up to the top floor for some marvelous views. 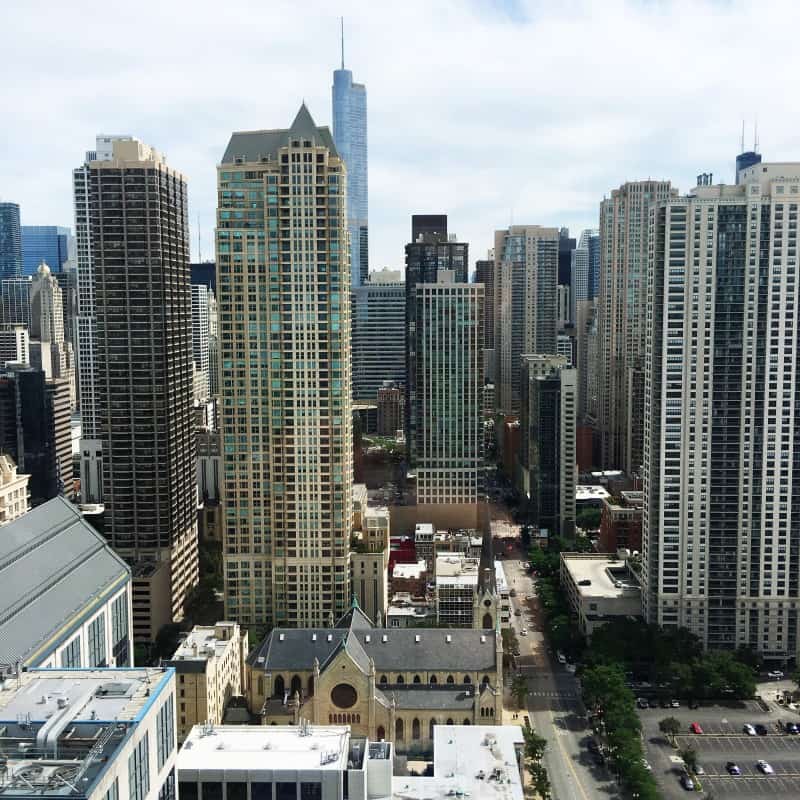 The rest of the day was spent at home hanging out. Sunday morning we headed to the 10 am showing of Central Intelligence with Kevin Hart and The Rock. I follow both of them on IG and have been seeing their promos for it for months now. Nice marketing job guys.

It was definitely a funny movie and a great way to start off the day. As a sidenote, does your theater let you call ahead and order your snacks? What is this? 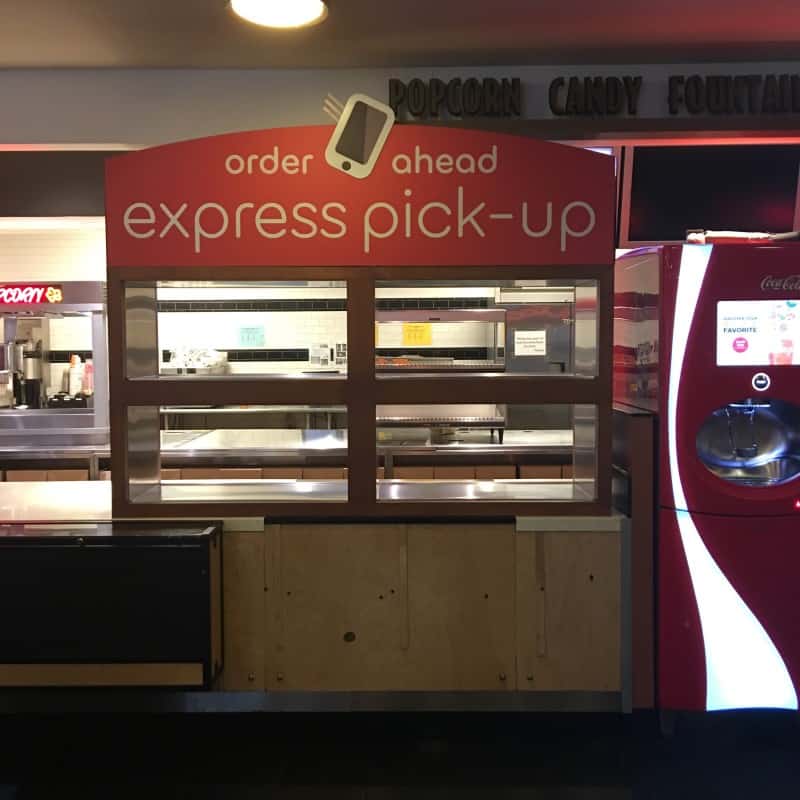 After the movie we decided to stock up on burgers and hot dogs for ourselves and then made an epic lunch when we got home. My burger had burrata cheese and arugula. I was all set to make some pesto, but we didn’t have any garlic. 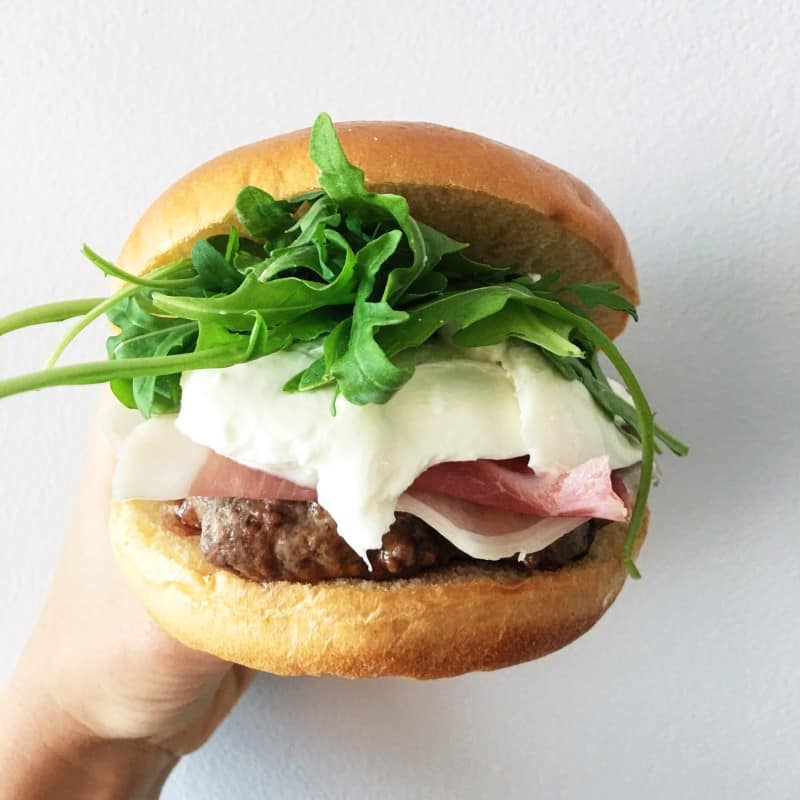 The rest of the day we had a movie marathon and watched a beautiful sunset. Lately, the sunrises and sunsets have been incredible for some reason. I don’t know why, but I’ll take them. 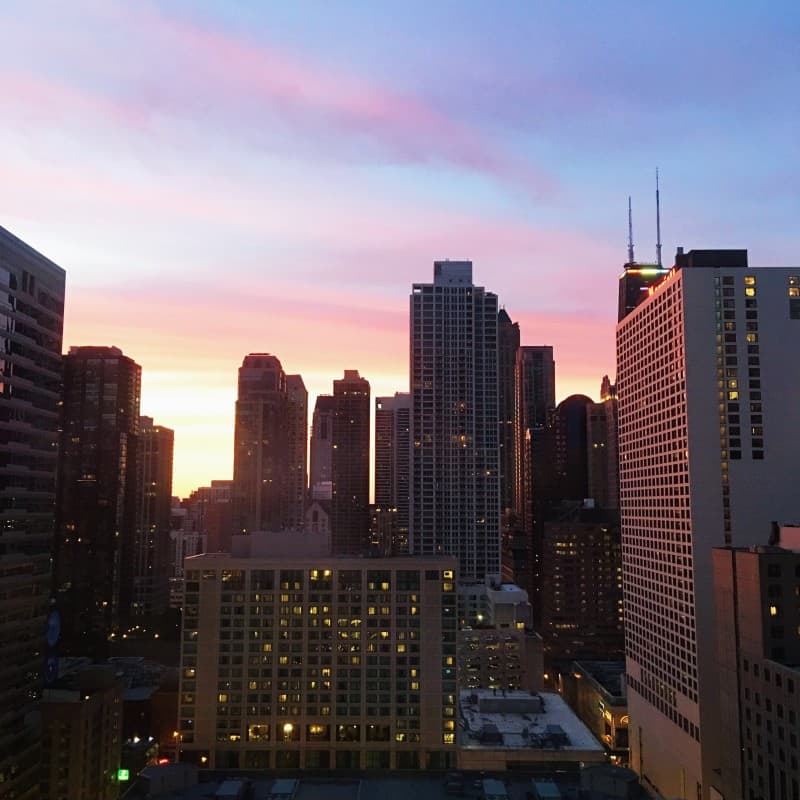 Monday I had a patriotic beet smoothie bowl before heading out to meet some friends who are on a cross country trip. Apparently there was a hair on my banana so I’ll point that out first before anyone else does. 🙂 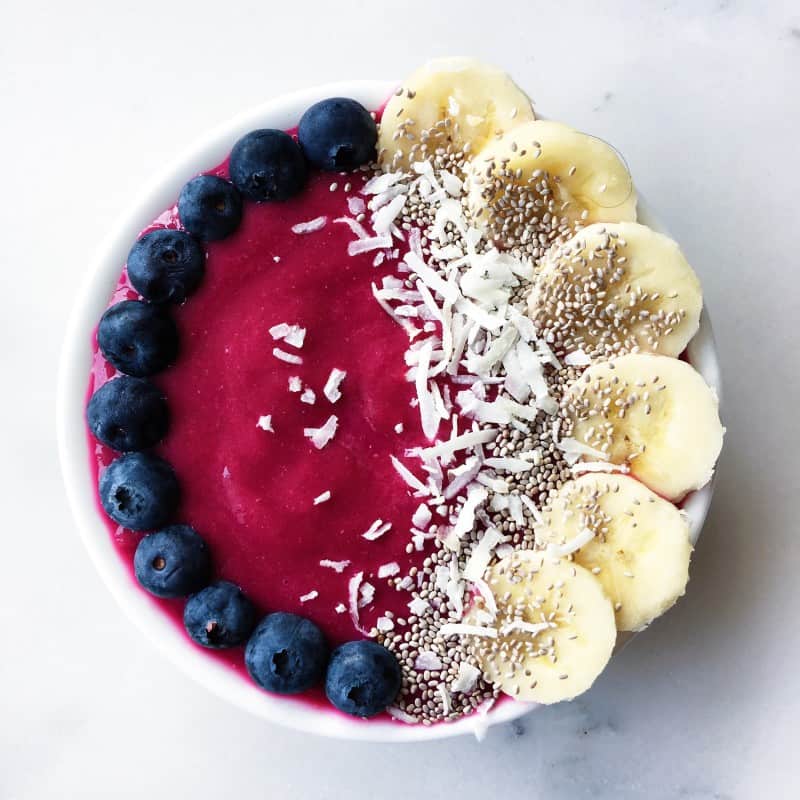 We met for brunch at The Bongo Room, which I’ve only been to a few times because the portion sizes are huge and I leave extremely full. This was one of two pancakes they sent out for free because we had to wait a little longer than normal. This probably would have sufficed for just my meal.

My order was three times this size, so you can see I’m not kidding about portion sizes. 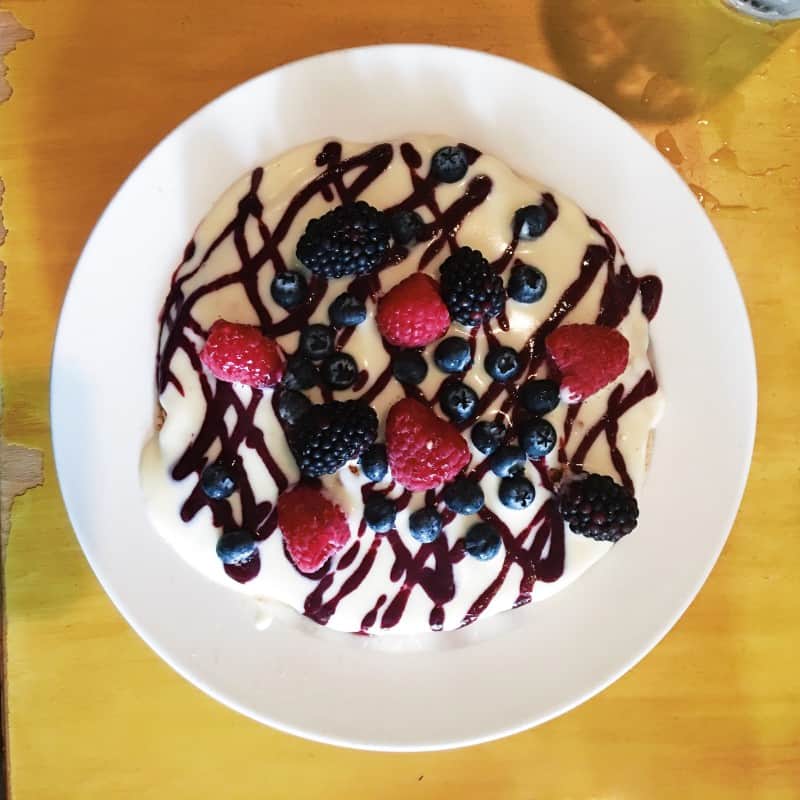 I took a two hour nap, made some sandwiches, and finished the night writing training plans and watching some more movies. CAN’T STOP WON’T STOP.

Fireworks at Navy Pier always draw tens of thousands of people, so even though it’s close, I’m much happier watching them on TV at this point. Yikes!

I hope your weekend was relaxing!

19 comments on “Fourth of July Weekend”