This is a sponsored conversation written by me on behalf of Johnsonville. The opinions and text are my own.

This weekend was a good mix of relaxing and getting some work in. Saturday marked the end of my fitness challenge — something that I will recap and reflect on later this week. We conquered a serious last workout and Sunday met up for brunch at True Food Kitchen to celebrate.

Prior to brunch, Neil and I headed to check out the 2017 Chicago Polar Plunge. 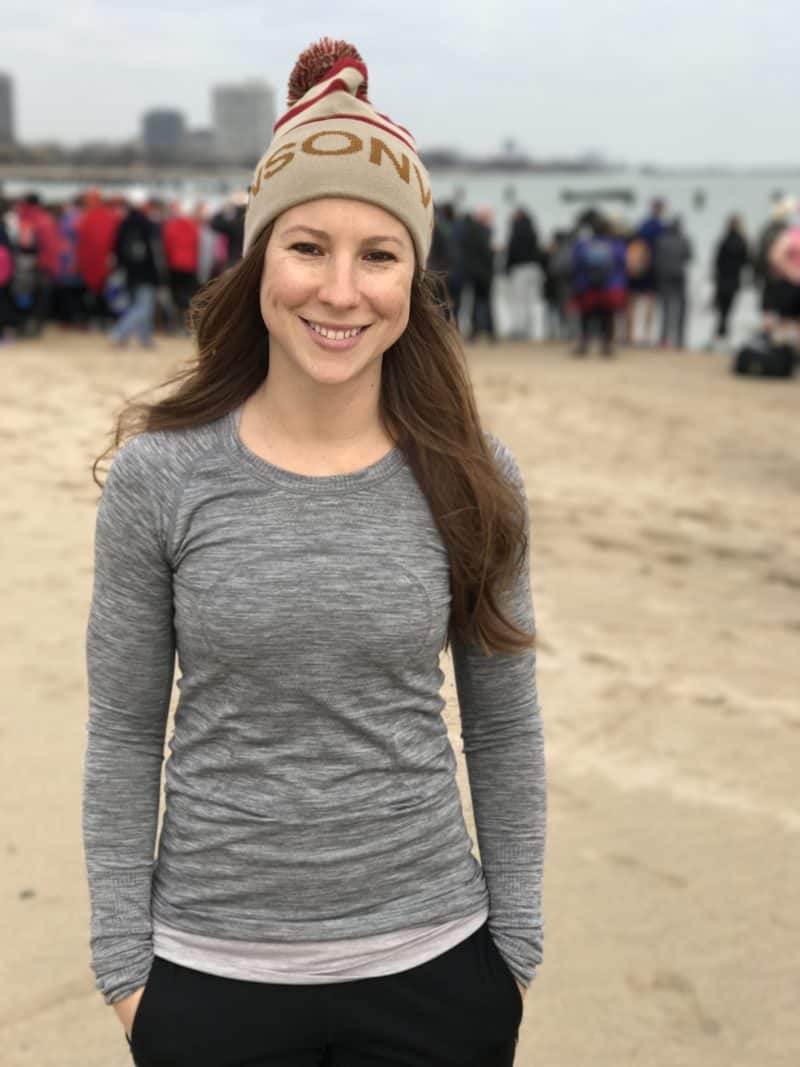 I was invited to cover the event by Johnsonville, who partnered with the Special Olympics to sponsor this year’s plunge. By the end of it, over 5,000 people showed up to plunge in the icy water and over 1.5 million dollars were raised!

Now that it’s March and we are sneaking our way into Spring, it’s time to break out the grill. In yesterday’s case, it was one BIG grill.

The Big Taste Grill is a 20-foot tall, 65-foot long grill, which cooks 2,500 brats an hour or 750 bratwurst at a time on its 40 square feet of grilling surface (insert wide-eyed emoji). 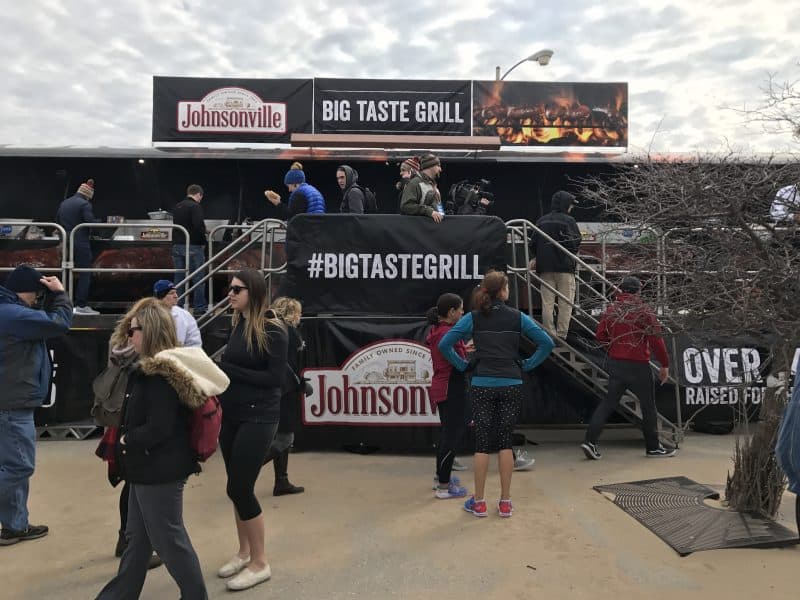 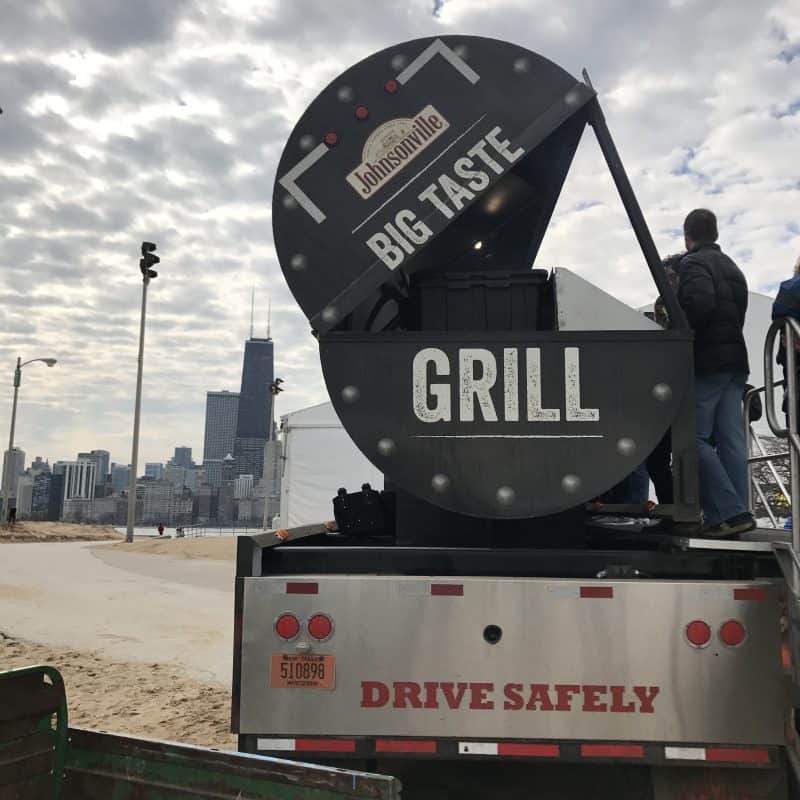 When we arrived, I was able to sneak in some photos of former Bears linebacker Brian Urlacher grilling up a TON of bratwursts. 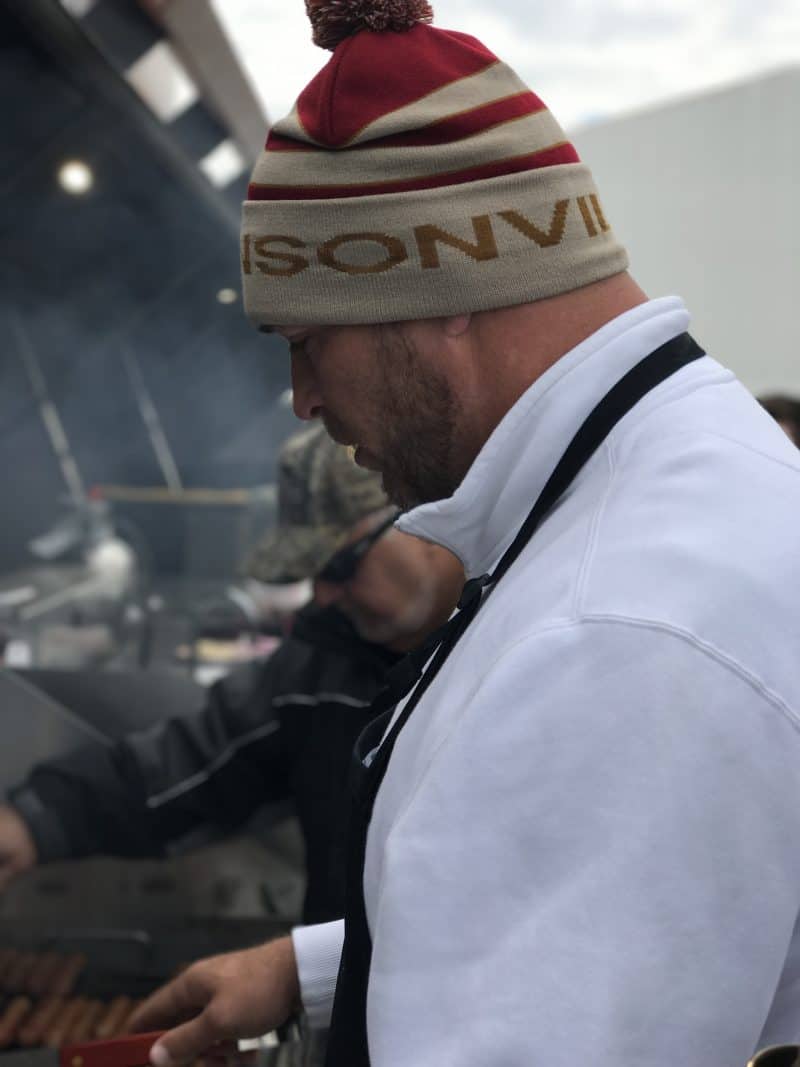 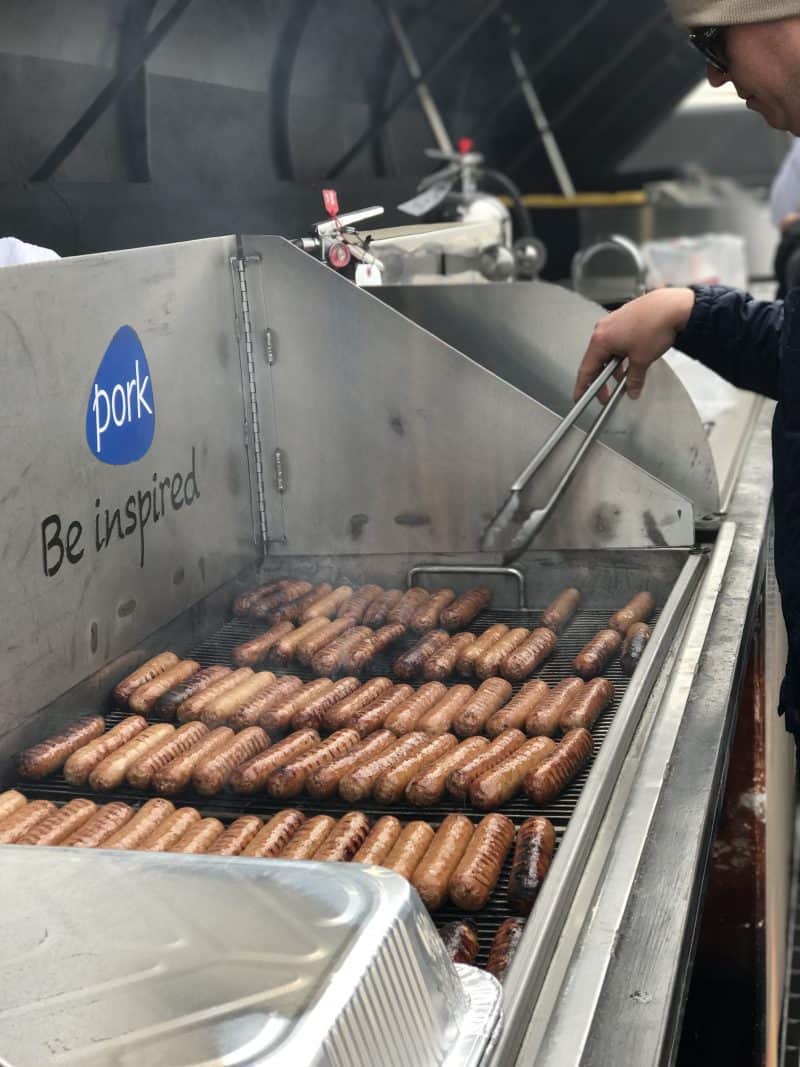 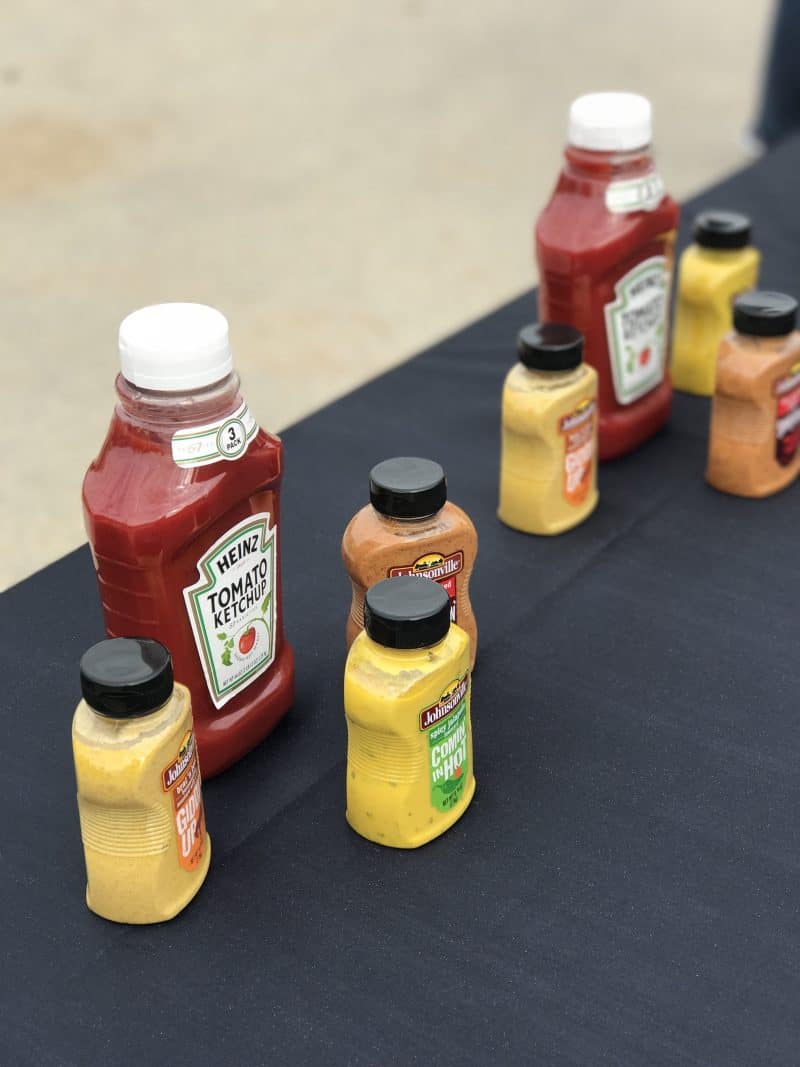 Another exciting sighting was Dax Shephard, who was this year’s celebrity guest for the plunge. He came dressed in his ChiPs outfit in order to also promote his upcoming film. #baller 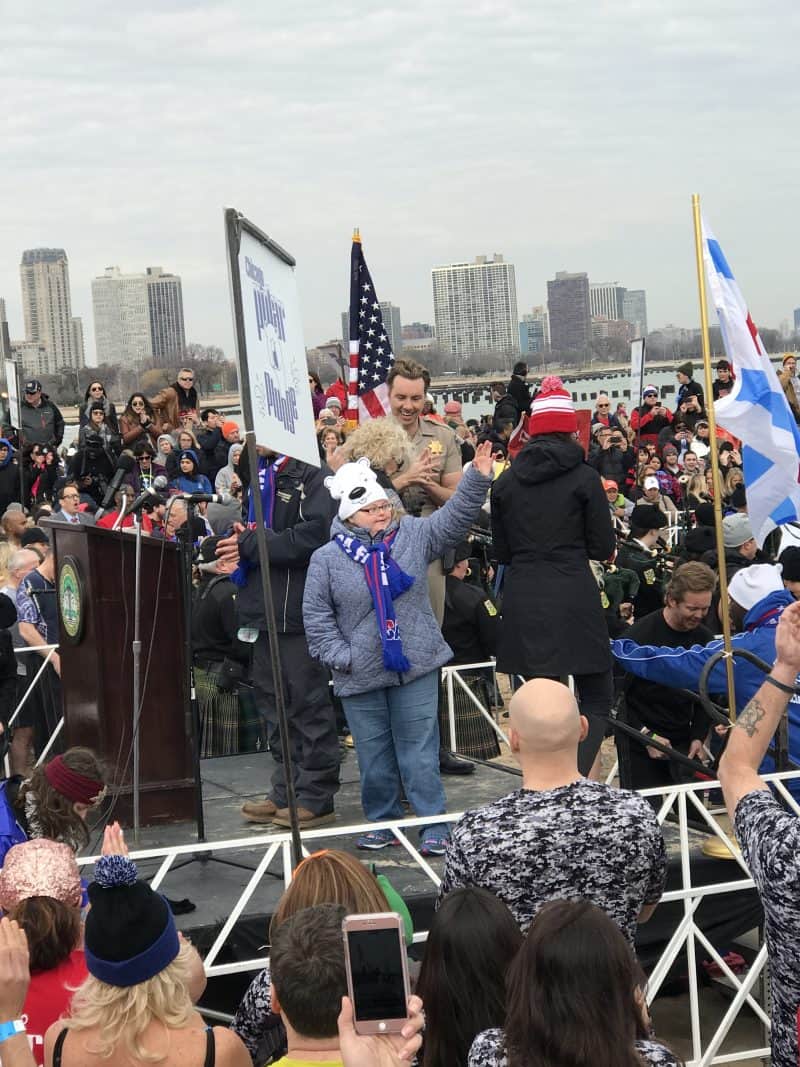 The plunging started at 10 am with a bagpipe serenade. I wasn’t able to get the best pictures since the crowd was huge and I’m as short as they come, but you can see the start of the plunge below. 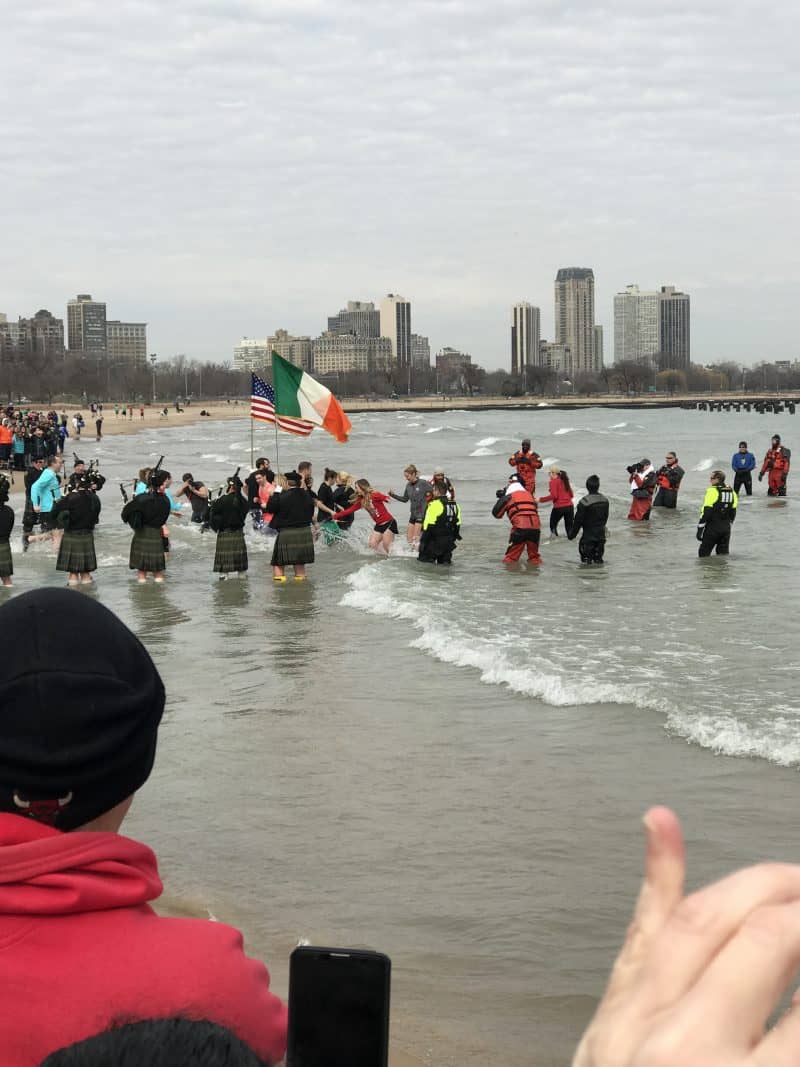 If you’re bummed you missed out and I made you hungry with all those bratwursts, here’s an epic giveaway for you!

You can read all contest rules on their site when it opens this Wednesday, March 8th.

I had a great weekend and I loved being able to show up for a great cause. Let me know how your weekend was in the comments and be on the lookout for my challenge recap later this week!!

This is a sponsored conversation written by me on behalf of Johnsonville. The opinions and text are all mine.