My Experience With Starting Antidepressants - Erin's Inside Job Skip to content

My Experience With Starting Antidepressants

I’ve written several posts about being diagnosed with depression a couple years ago and how starting on an antidepressant helped me immensely. What I haven’t done is really detail my experience with it. 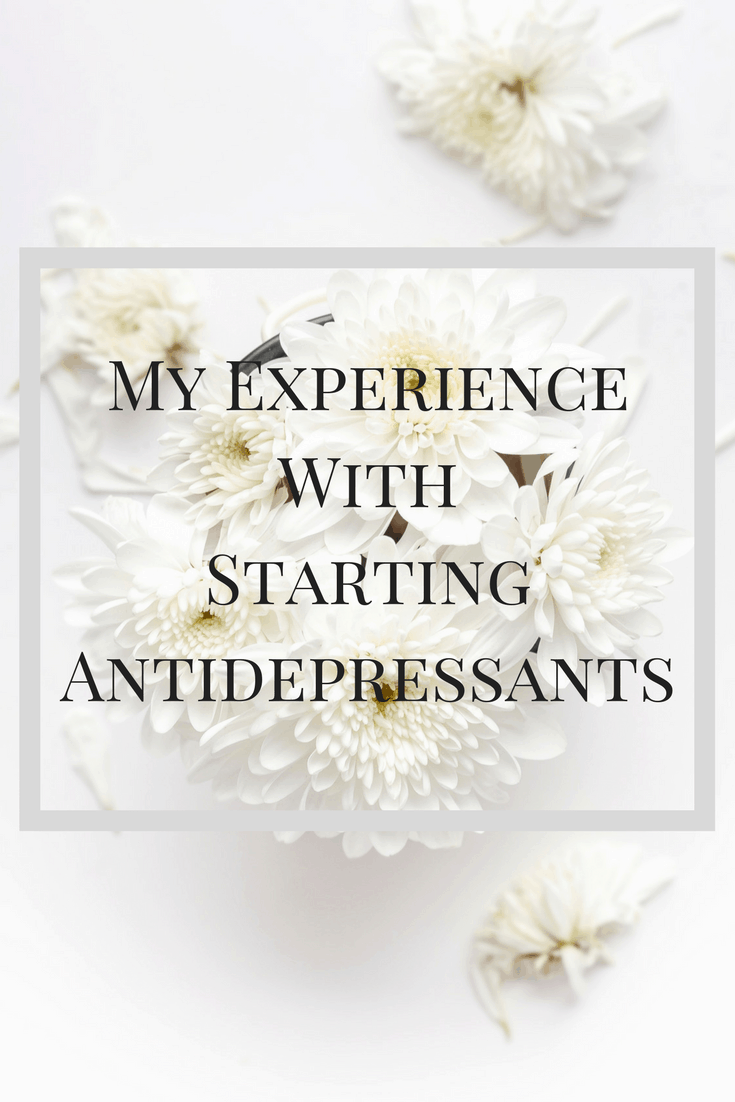 When I first started taking my antidepressant (I take Lexapro), I scoured the internet to read stories of other people’s experiences. It’s something I continue to do after many years of doubting myself and my own feelings on things. Not the best trait, but a post for another day. I found very few positive reviews and loads upon loads of complaints and negative experiences. Thankfully I was smart enough to remember things I had learned in a college research methods class, as much as I hated it at the time.

It took about two weeks for me to start noticing a difference and those were some of the longest two weeks I’ve ever experienced. Please note, this is MY experience and likely no two are going to be the same. Since I hadn’t read many positive ones, I wanted to post mine in hopes that it would help someone somewhere.

I received my prescription from my regular physician because an appointment with a psychiatrist on my insurance would have cost about $400. Since I would only being seeing them for the prescription, I didn’t feel that that was a worthy investment. I explained what my therapist had told me to my doctor and we decided to start on a low dose of Lexapro — “a good drug for treating those people depressed about being anxious and anxious about being depressed.” I laughed because it fit me to a T.

I wasn’t officially diagnosed with anxiety, but OMG was I an anxious person. I would constantly imagine the worst scenario to a situation and play it out in my head over and over until my chest would become tight and it was hard to breathe. I imagined everyone was talking about me when I entered (or left) a room. I was constantly afraid of the future and the uncertainty it brought with it.

There were two hallmarks of my adjustment period on Lexapro — night sweating and an increased level of depression and anxiety.

I’ve heard other major side effects being a decreased sex drive and weight gain, but it was really the inability to regulate my temperature and the increase in my other mental health symptoms that caused me the most problems.

I woke up either in the middle of the night or the morning with my shirt soaked in sweat. If it was night, I would have to get up to change clothes. I found it even harder to get off the couch, and I wasn’t even doing much of that before. I started googling message boards and forums about antidepressant experiences and reading pages and pages of negative feedback and others calling it the worst thing they had ever done. Less than a week into taking it, I emailed my doctor asking if I should just stop because I was feeling far worse than when I started. She told me to hold out another week and if things still weren’t better, let her know.

When you feel like you can’t get the motivation to do anything and all you want to do is feel normal again, two weeks feels like a very long time. A day feels like a very long time. I left the house one day to meet a friend for lunch and felt the start of what I can only assume was a panic attack. It was an overwhelming feeling that caused me to sit down, slowly breathe, and wait for the feeling to pass. I didn’t go outside for a couple days after that. 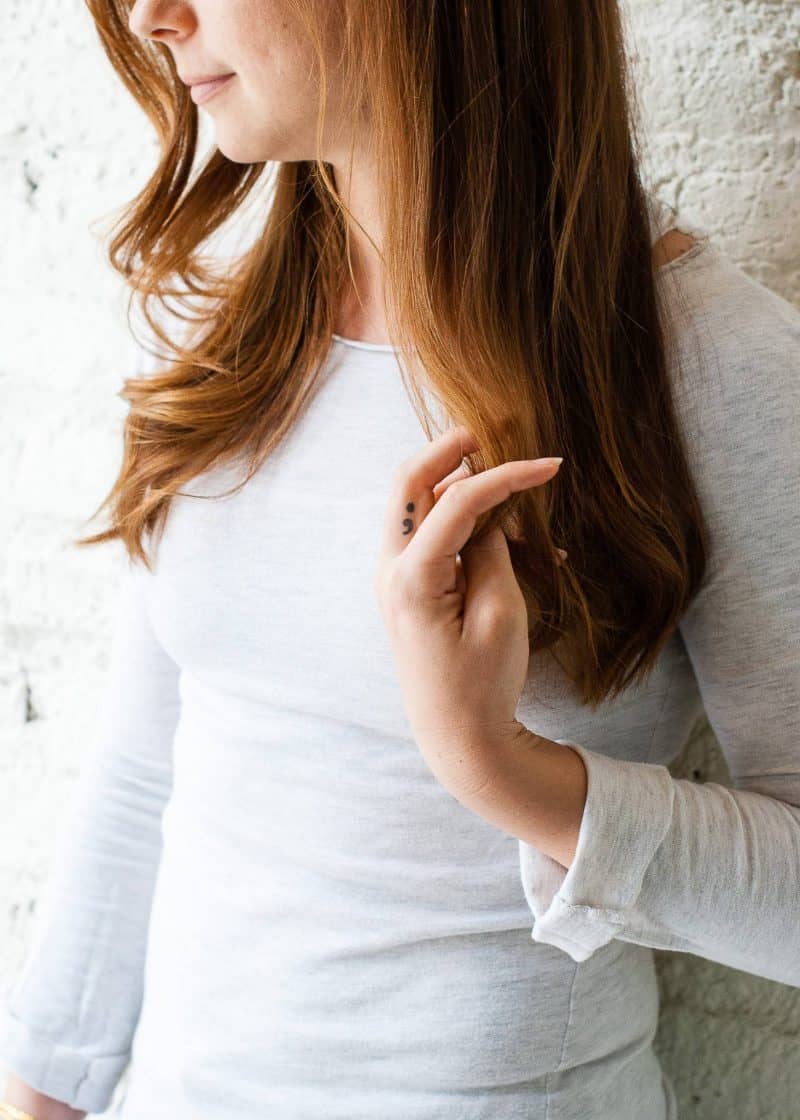 I’m making this sound like a terrible experience, and at the time it was. It was my brain and my body adjusting to something it didn’t have — a healthy amount of serotonin. One day I woke up and felt like I could do a little more. Another day after that and I woke up feeling like a new person. The incessant worrying was gone. The room seemed brighter. I wanted to DO things. I knew that I had made it over the hill and was on my way to enjoying life with a whole new perspective.

This was my first experience with antidepressants, but it wasn’t my last. As I shared a couple weeks ago, I recently increased my dosage after more than two years. This time around, the change was much more subtle and took much longer to occur.

I experienced none of the night sweats, but there was a period where I felt slightly more lethargic and depressed. I waited for my two week deadline, but it came and went with me feeling little to no difference. It wasn’t until about the six week mark that I started to feel like a normal person again. Each person is different and each time to acclimate is different, and this time it took me almost three times as long.

I may not have painted the most appealing picture of starting antidepressants, but I wouldn’t change it for anything. The difference it made in my mood, ability to adjust to situations, and overall outlook is amazing. I’m a big advocate for medication where it is appropriate and wanted to give you a fair picture of what it was like for me. I also want to clear up a couple things about what antidepressants do and don’t do in my life.

What medication has done

For me, antidepressant medication raises my everyday baseline a little higher. It clears out a lot of the heavy sand that I feel like I’m trudging through to carry out simple tasks. It has stopped the incessant worrying and catastrophizing that literally made it hard for me to breathe most days.

I wrote an entire post about the changes I noticed after starting medication, which you can read here if you’re interested.

What medication doesn’t do

I think one of the common misconceptions is that starting antidepressant medication means that you will no longer suffer with periods of depression. It’s often portrayed as a magical pill that brightens your life and jumps you over those hurdles you had trouble getting past.

Medication has improved so much of my life, but I’m certainly still able to feel it. If I couldn’t, my dose would likely be too high and I’d need to back off to avoid becoming an emotional zombie.

One thing I’m grateful for is the fact that I still have periods of sadness or fear. I’m nowhere near the depressive lows that I’ve found myself in before, but I can still experience the negative emotions that I think are crucial for balancing out the positive.

Medication is not the only answer to combating my depression, but it’s certainly an important tool in doing so.

For fun: I started a draft of this post on Oct 8th, 2017 and the previous section included this passage:

There have been times over the past couple months where I wondered if my dosage needs to be changed because I’ve often felt stuck and apathetic — two things that I’m familiar with quite intimately. I’d gotten so used to those feelings for so long that it’s hard for me to recognize when I’m in that phase again. It could be the weather change or it could be the fact that I’m embarking on these new career paths, all I know is that I know where to get help if I need it and who to talk to (hello therapy!).

It wasn’t until two months later that I had my first appointment with my therapist and we decided to try increasing my medication dosage. Remember — it’s important to pay attention to how you’re feeling and any internal cues that your body may be telling you. 🙂

16 comments on “My Experience With Starting Antidepressants”