This weekend I had the privilege of attending Expo East in Baltimore. A natural products trade show, Expo East is closed to the public and features thousands of brands that represent health and wellness in a variety of categories, from foods to health and beauty.  I was able to attend as a member of the press and met so many of the people behind my favorite brands.  It was AMAZING. 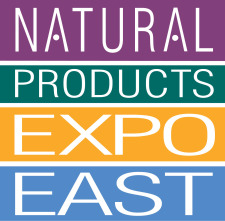 I picked up my press pass in the Suja sponsored press room and helped myself to some fantastic juices.  I have seen these in the store, but have held back from buying them due to their price tag.  A bottle of Suja juice is close to $9, so I was excited to be able to sample some here.  In addition to their fruit and green juices, they were offering some seasonal flavors as well.  I haven’t tried their pumpkin one yet because I am saving it like a precious elixir. 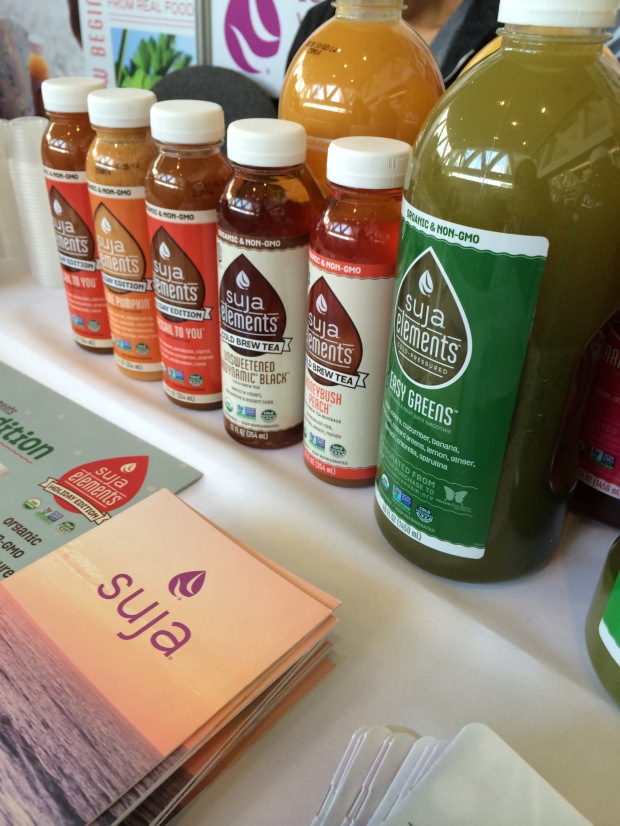 The show was split into a main showcase and the NEXT pavilion, which showcases new and upcoming products.  I headed to the main floor to pay homage to some of my favorite brands: 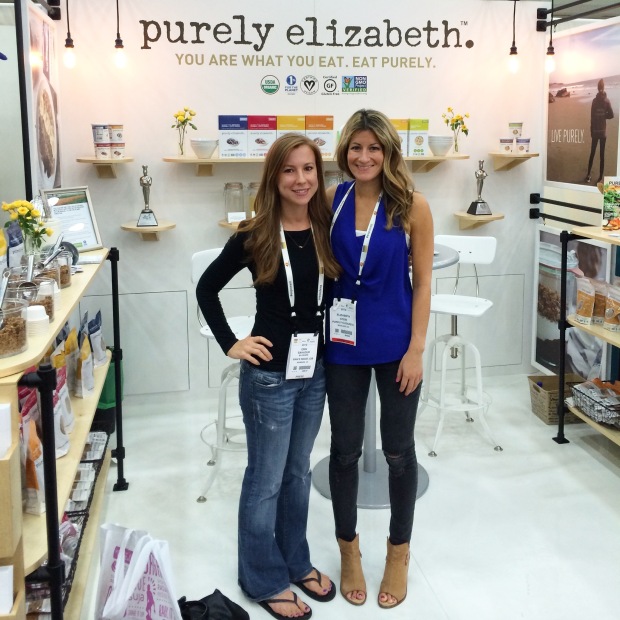 Check out my Simple Squares review from a million years ago here. 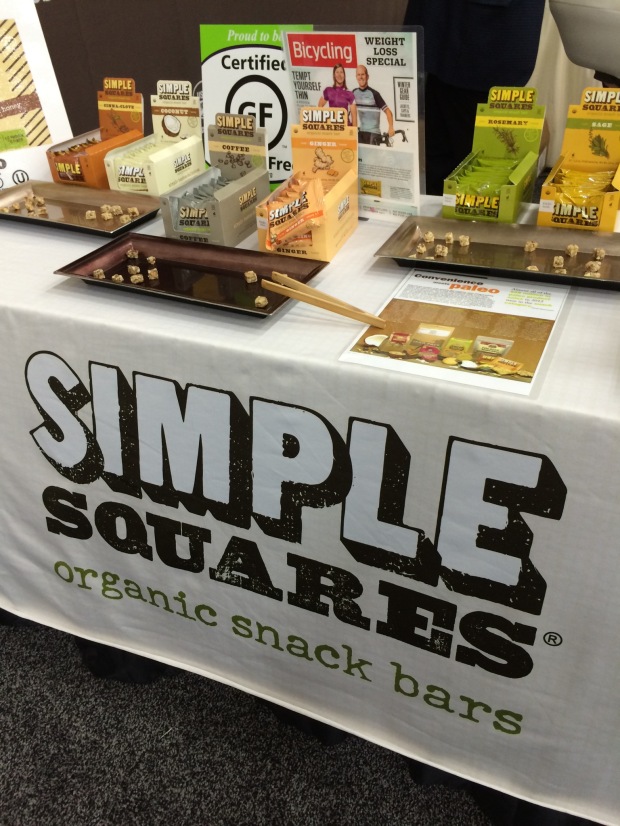 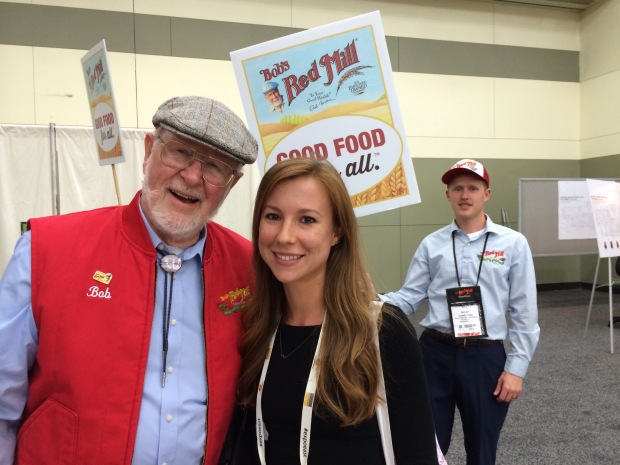 If you have been reading for awhile, you know about my love for these bars.  It was so great to meet some of the people behind the brand and offer my opinion on some new flavors (because my opinion is gold).  Check out my review of these bars here. 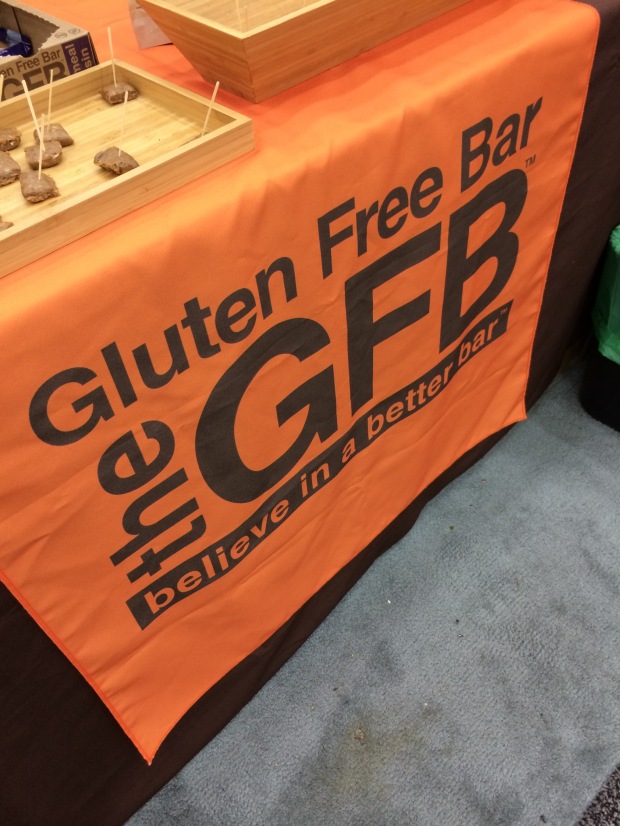 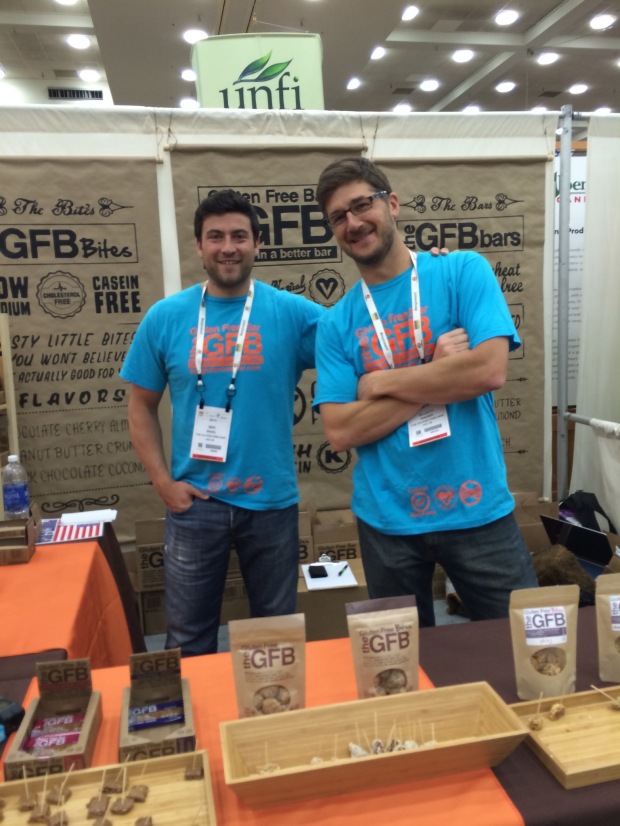 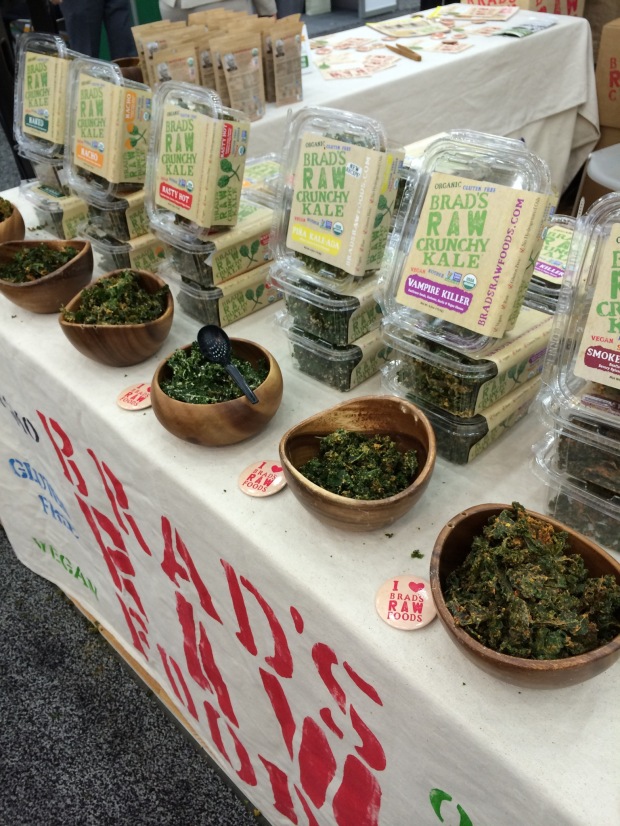 I was surprised by these other veggie creations such as broccoli poppers.  I snatched some up immediately. 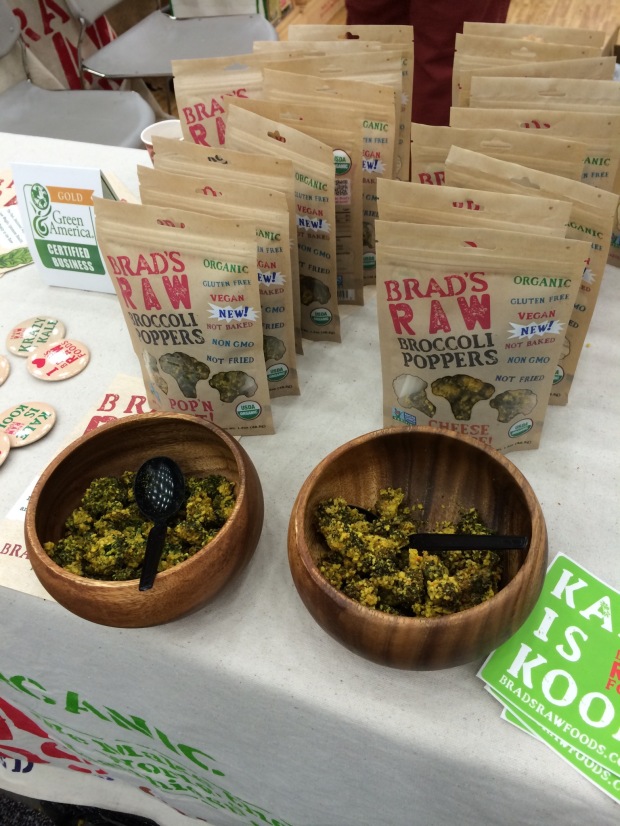 I have written about this black bean pasta before, but that is the only product that Costco carries. I had the opportunity to sample some edamame pasta and took some brown rice pasta home to try.  I can’t wait to see more of these in the store since they are such a great gluten free pasta alternative and also packed with protein! (I saw you Wegmans buyer; I hope you start carrying these soon!) 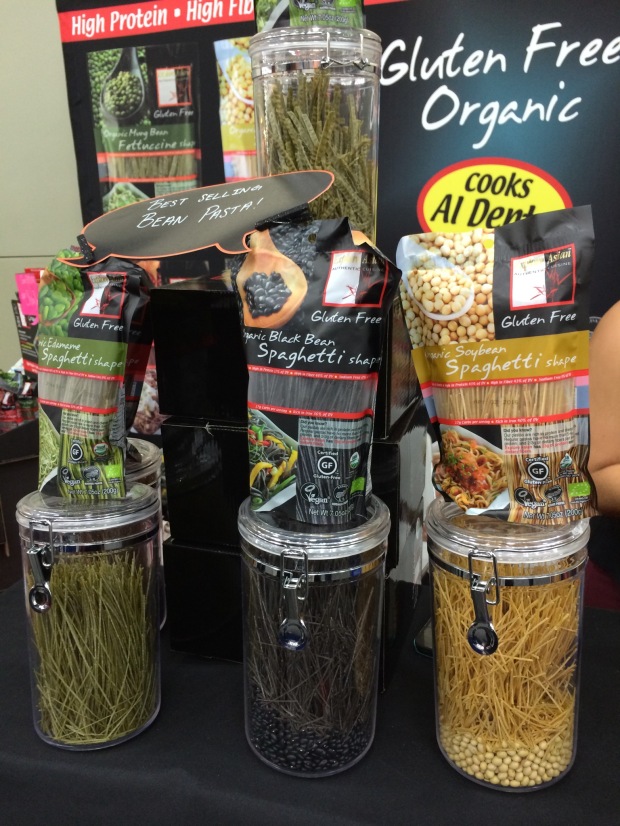 I hadn’t seen this company before, which makes sense because they are just starting to spread out on the East Coast.  They offered some different juice combinations, but what I found the most interesting was their selection of nut milks.  The market is pretty full of healthy juices, but I have yet to see a lot of nut milk blends.  As you can read on the front (love that trend), they are a blend of almond, cashew, and oat milk and different flavorings such as vanilla and chocolate.  I sampled the coffee one and it was deliciously light and filling. 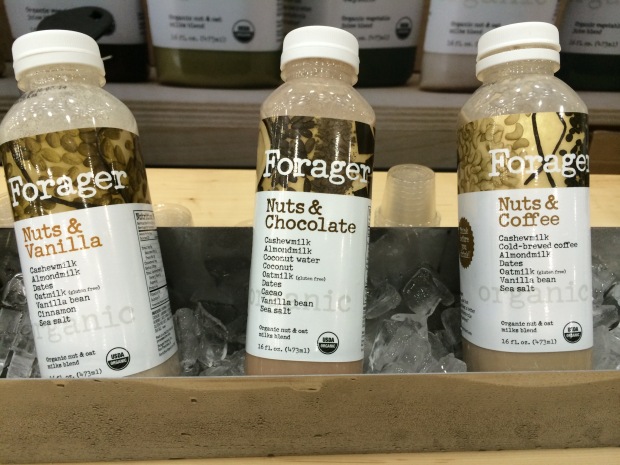 My obsession with kombucha has died down some, but I still had to stop when I saw this new flavor not yet in stores.  Coffee kombucha? It was tolerable but I still think I like to drink my coffee and kombucha separately. 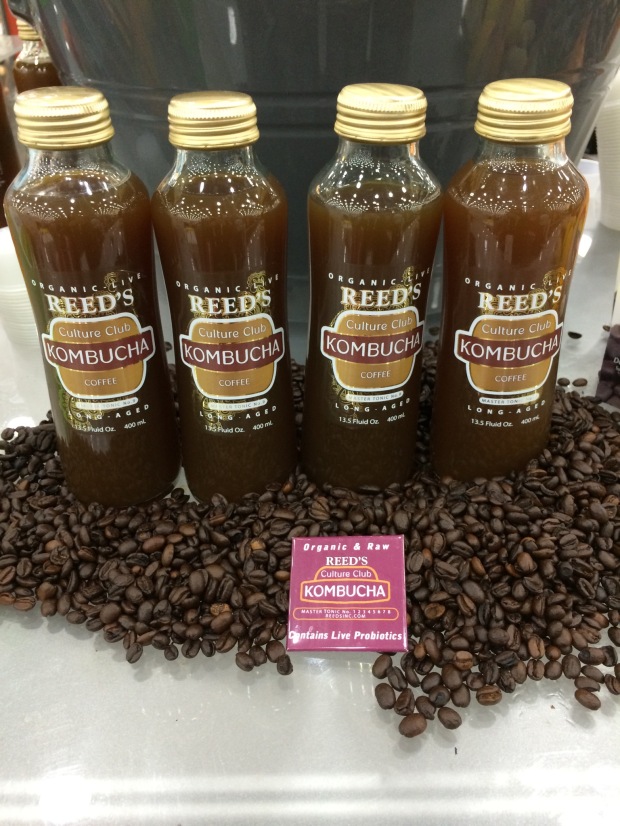 Overall, it looks like there are some GREAT products on the market and I can only hope that they made their way to the East coast if they aren’t already.  A big thanks to all the companies who came out and for New Hope 360 and their sponsors for making it such a great weekend.  Now on to the sampling… 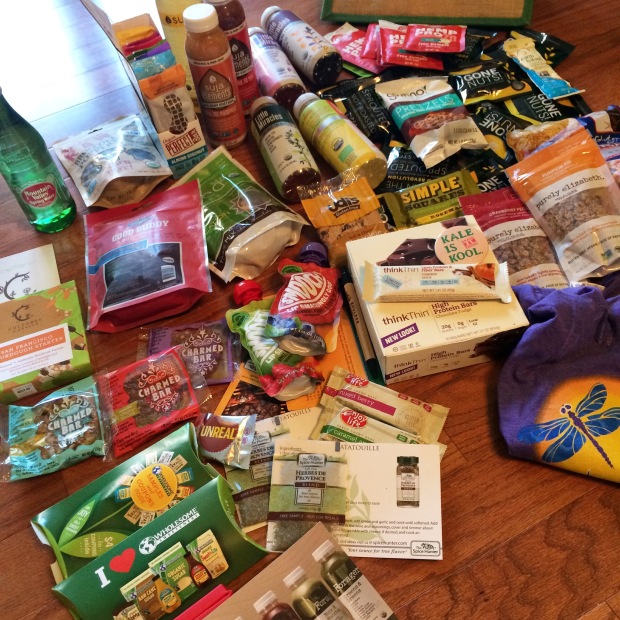 As promised, the winner of the PRO Compression giveaway is Melissa M.  Congrats Melissa and look for your socks later this week!

I also wanted to pass along a race discount if you are in the DC area and want to run the Monster Glow Dash 5K on October 11th.  Simple enter the code LED for $20 off your registration fee.  Expires October 6th!

Question of the day: What are some of your favorite natural foods?