It dawned on me after posting last Friday that it was mine and Neil’s anniversary part 2 but I had forgotten to say anything about it. Whoops! For those of you who don’t know, we were legally married last July and then we had the whole white dress/Indian event in October.  For anyone interested, you can read about it here and here and here (forgive the picture quality). October 24th was our ceremony, the 25th was a family gathering where we did some Indian traditions and henna, and then the 26th was our casino themed reception. 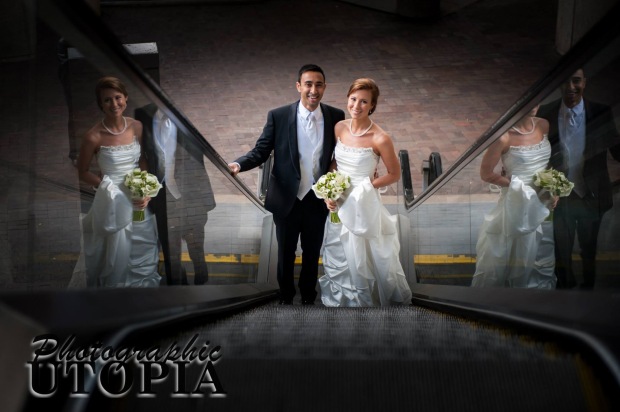 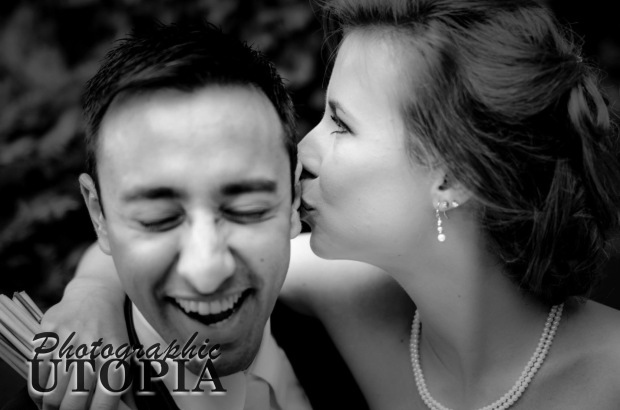 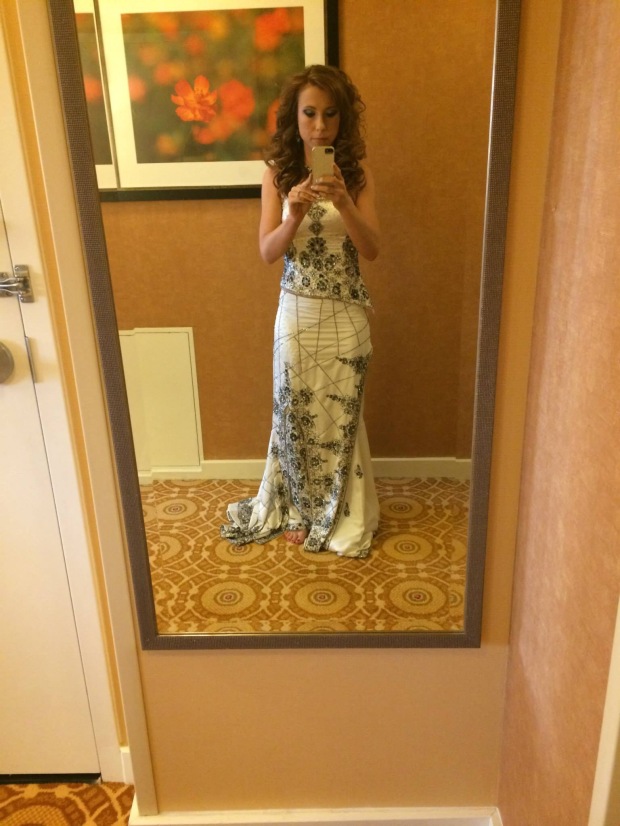 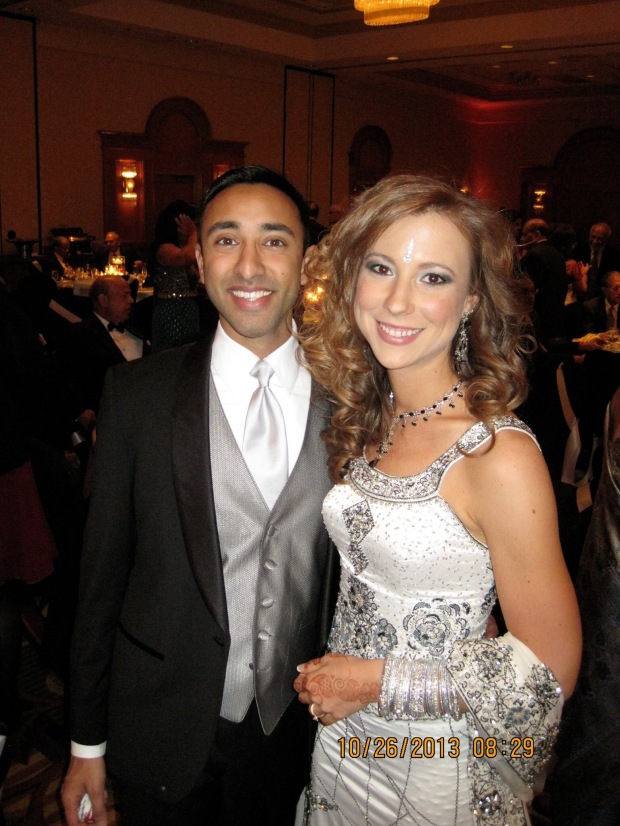 Since the 24th was Friday, let’s kick off the weekend recap:

We went out to dinner with Neil’s parents at an Indian restaurant called Turmeric in Vienna. None of us had been there, but it was well received by all.  If an Indian restaurant can impress actual Indians, then it must be good. We ordered two vegetarian sample platters and a meat one as well so we could all share.  Their chicken is cooked really well and I wished I had ordered a whole plate of it. 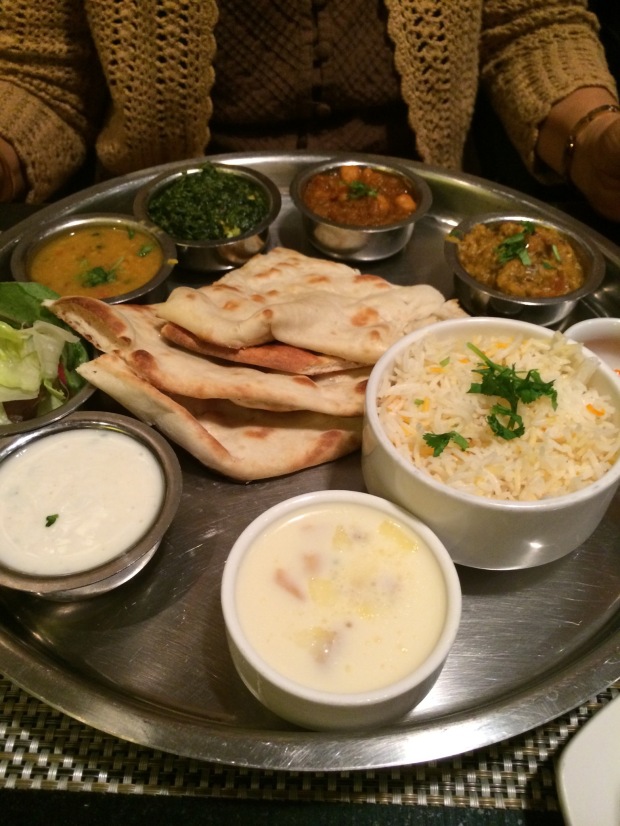 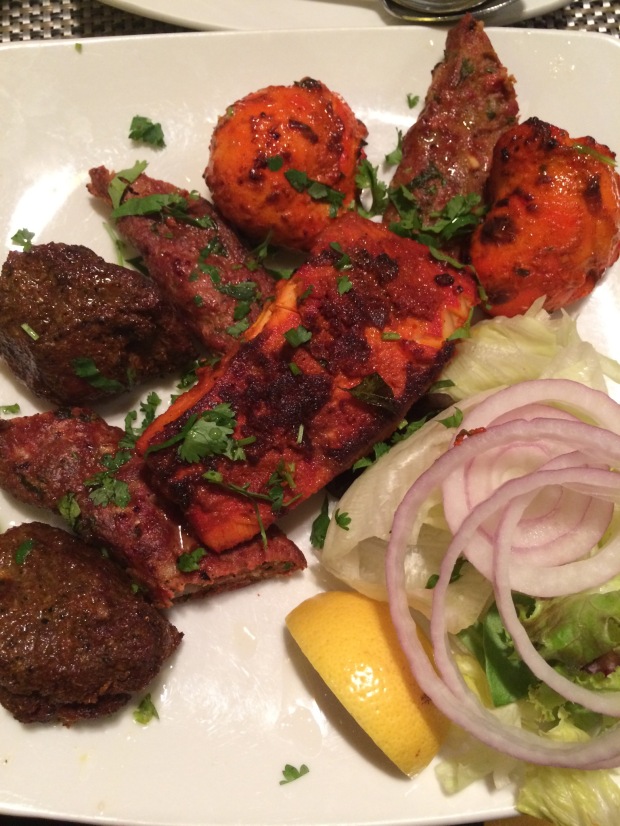 We weren’t planning on dessert, but Neil’s dad had orchestrated a surprise “cake” as an anniversary gift.  Side note: you will not find cake at an Indian restaurant. Because of this, they topped an Indian dessert made of carrots with whipped cream and a candle. It was precious. 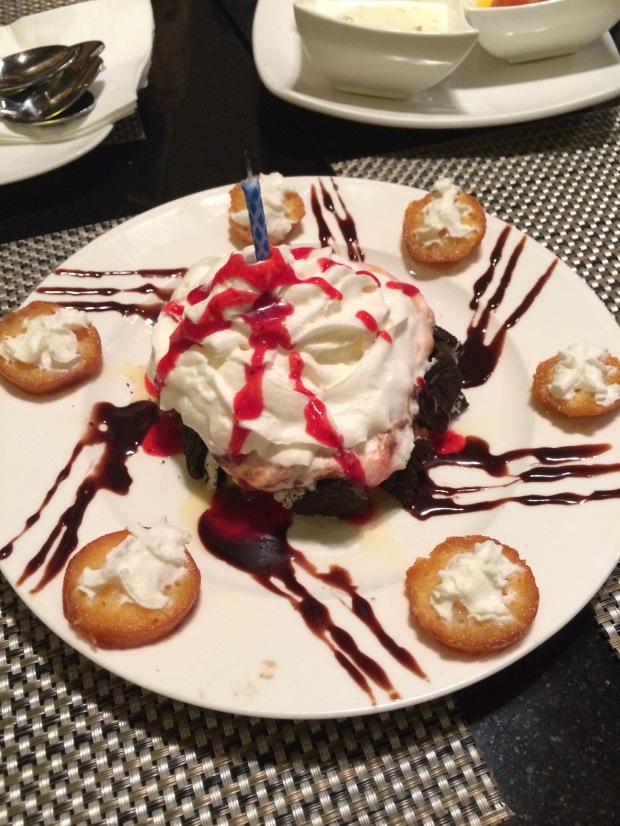 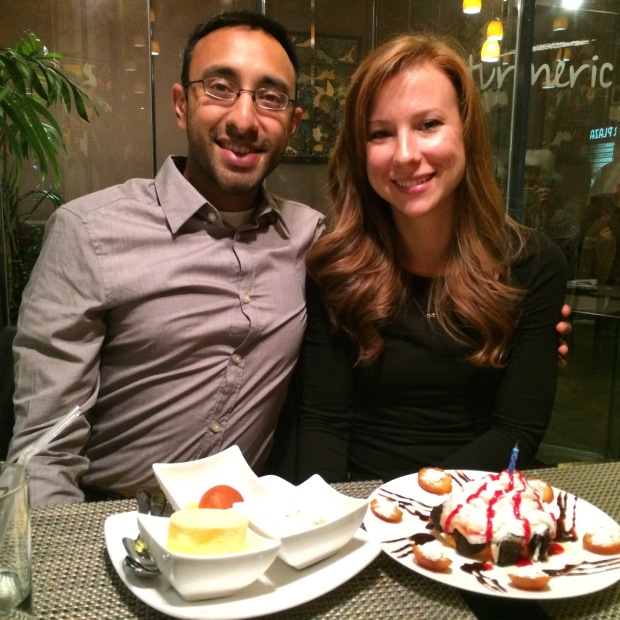 Since we are only waiting on a tenant in order to move to Chicago, we are trying to say goodbye to as many people as we can in the instance that someone wants to rent our condo soon (fingers crossed). We played games with Neil’s cousin and his girlfriend Saturday afternoon and devoured some Georgetown cupcakes that they brought. The pumpkin cheesecake cupcake was ridiculous. 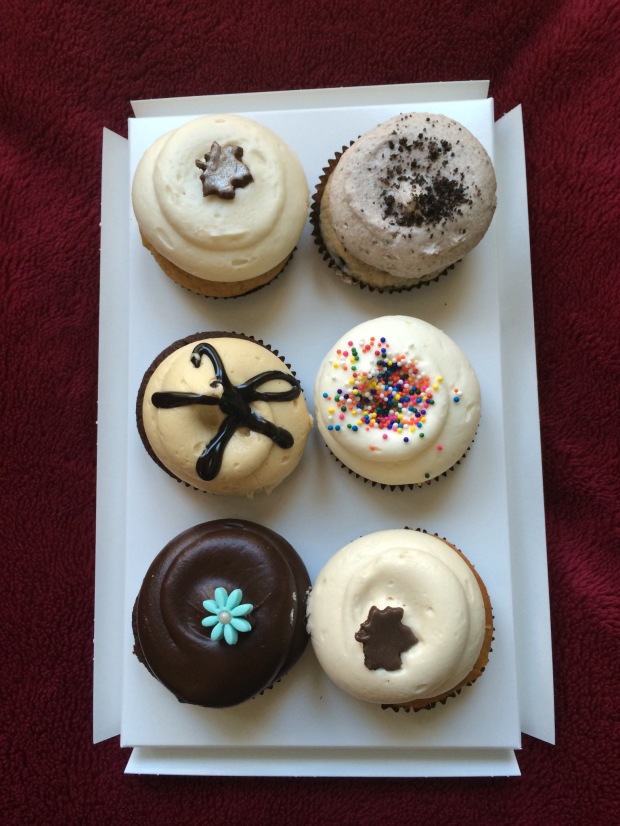 Saturday night we headed to another friend’s house for a small going away party that they were throwing for us.  The only pictures I managed to get were of food (of course). We enjoyed burgers, baked fries and butternut squash, and a delicious Mexican casserole. A friend’s daughter had also meticulously made a cake in the shape of a train to represent us traveling. 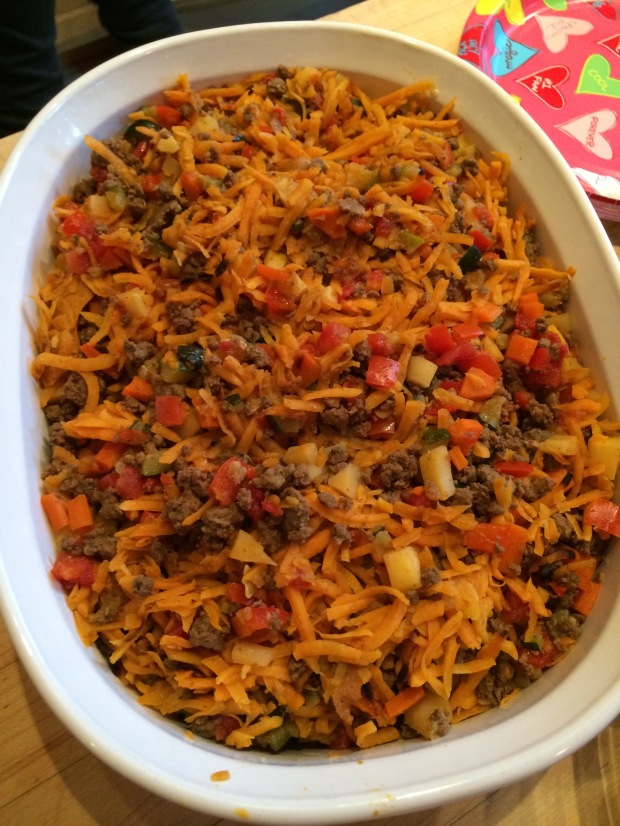 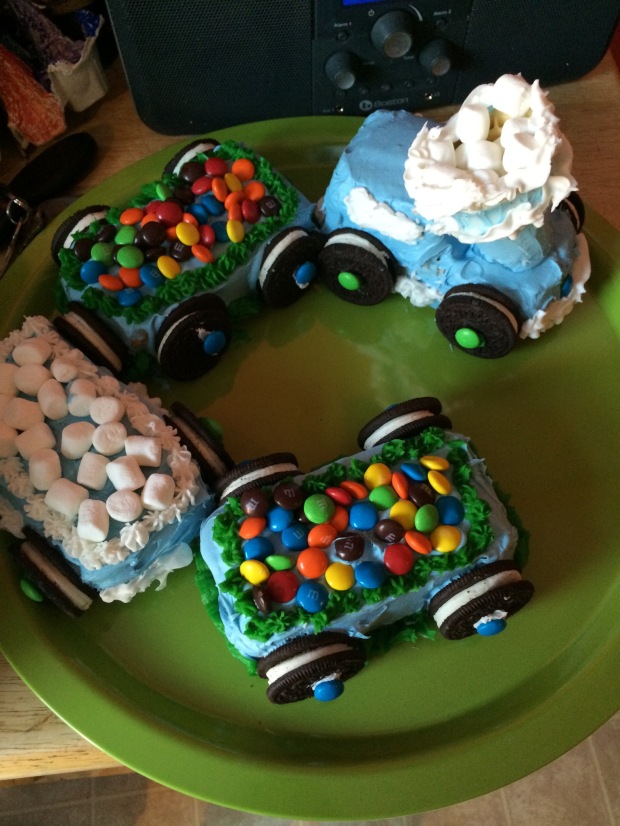 Sunday we had another friend come over to watch football in the afternoon. We just hung around the house and ate breakfast food for lunch.  After how busy the rest of the weekend was, it was nice to relax at home for the day.  I threw together chicken enchilada soup in the crock pot when I woke up and we had it for dinner. I think I know what I will be eating the rest of the week… 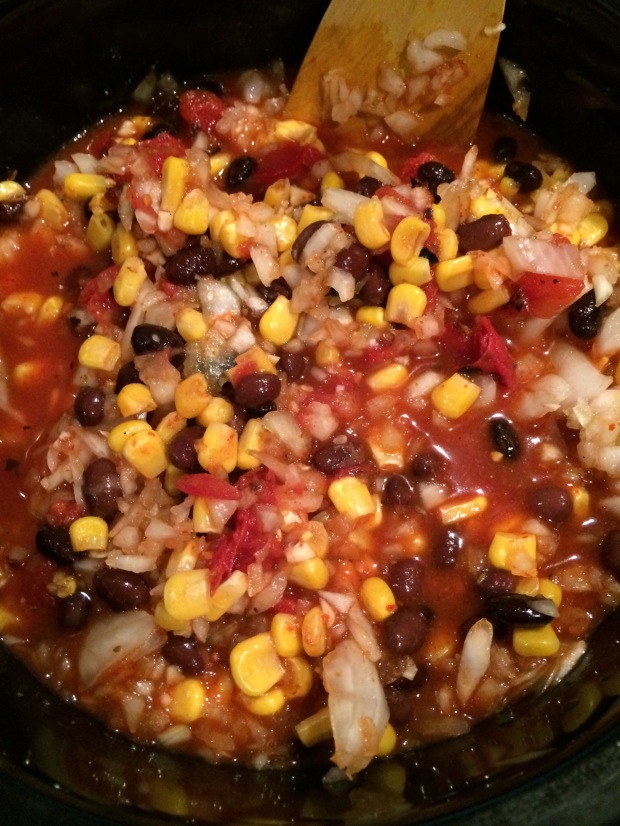 I just wrapped up a 5 mile run that was barely enjoyable due to some pacing issues. I’m not sure why my body was off this afternoon, but my miles were all sub 9 min and my first one was actually 7:30! I am going to spend the rest of the day doing some blog research and cleaning up. I have also been checking the gym schedule to see what classes I can get to now that I am not at work, so be on the lookout for those as well! Have a great day!

Question of the day: What did you do this weekend?