First Weekend in Chicago - Erin's Inside Job Skip to content

Hello and happy Monday! I have survived my first weekend in Chicago and am excited for more to come. Thankfully the weather has been chilly but not too cold, so I am willing to meander outside.

One thing I am loving (while the weather is manageable) is walking everywhere.  My job before involved sitting for most of the day, so I welcome all the walking here with open arms.  I also love that the city is organized in a simple grid because those of us who are directionally impaired actually have an easy time getting around.

In other exciting news besides the fact that I can walk in a grid, our offer on a place was accepted over the weekend! Now all we have to wait for is closing and we can start the process of transitioning all our VA belongings to Chicago. One of these buildings will be our future home (hint: it’s not Trump Tower): 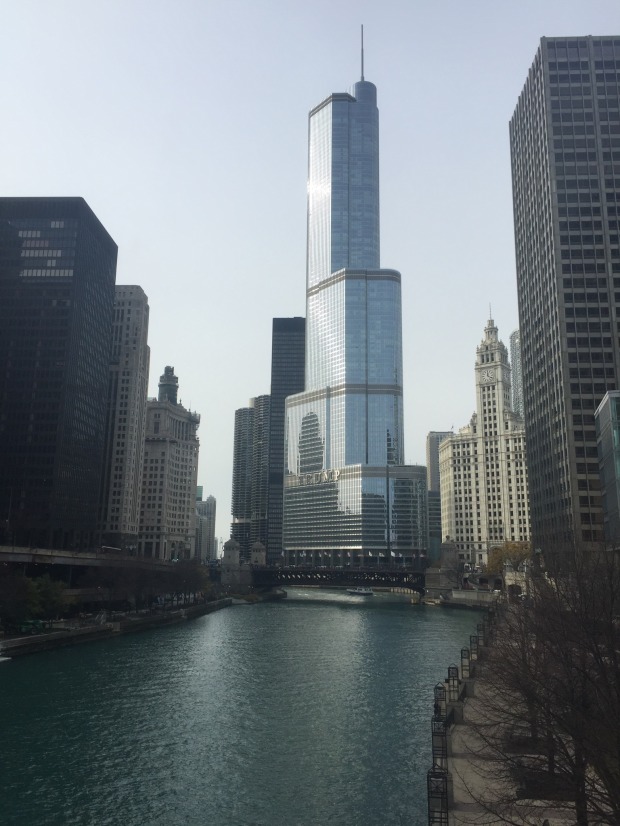 The only exciting thing about Friday is that I found a $7 pair of fleece leggings at Walgreens. I was skeptical until I saw that they only had one pair in my size.  It was a sign.  These leggings are amazingly warm and I definitely needed a new pair since my old ones were so thin from repetitive washings. 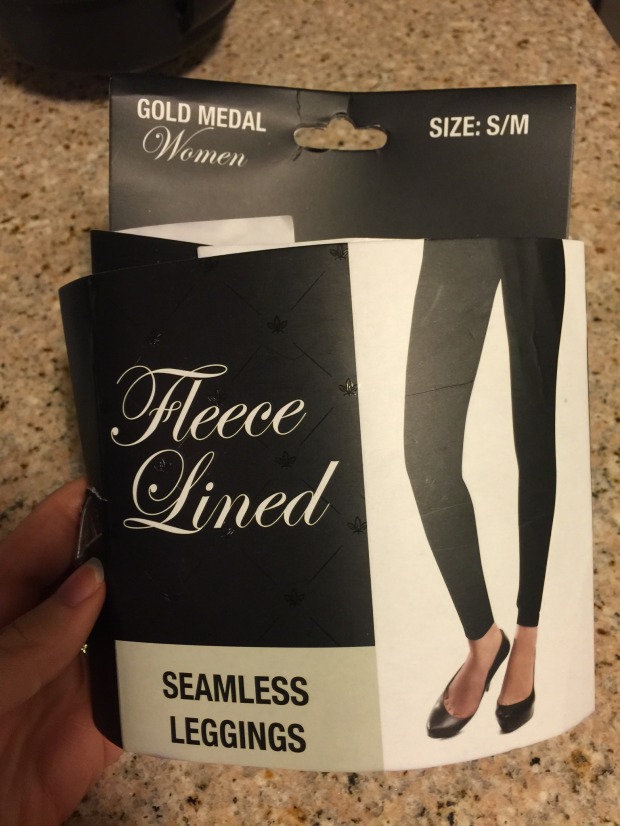 As you can see, I look just as fashionable as the package. 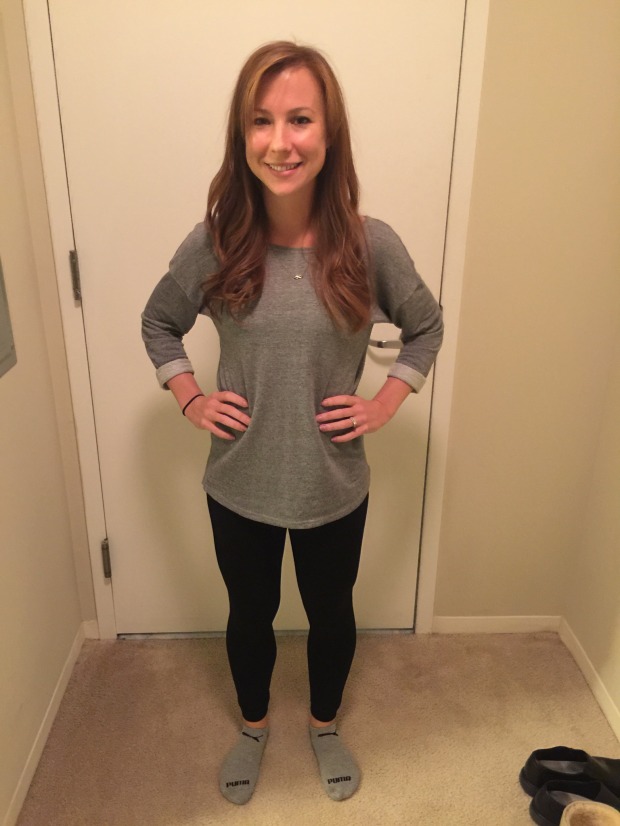 This weekend was all about winter research, so Saturday we drove about 30 min out of the city to check out the closest mall as well as Dick’s for some winter gear.  Before shopping, we ate lunch at Whole Foods and I got another giant salad with all the mushrooms. 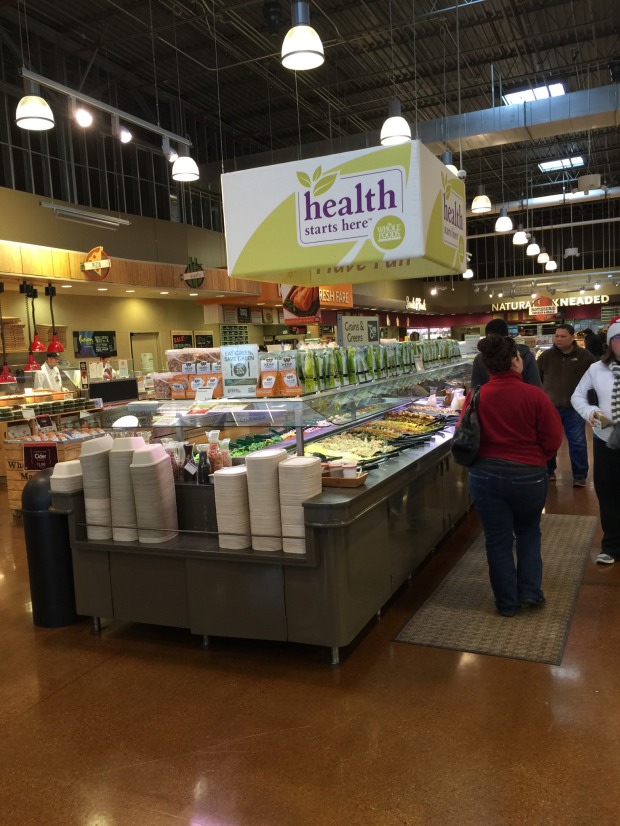 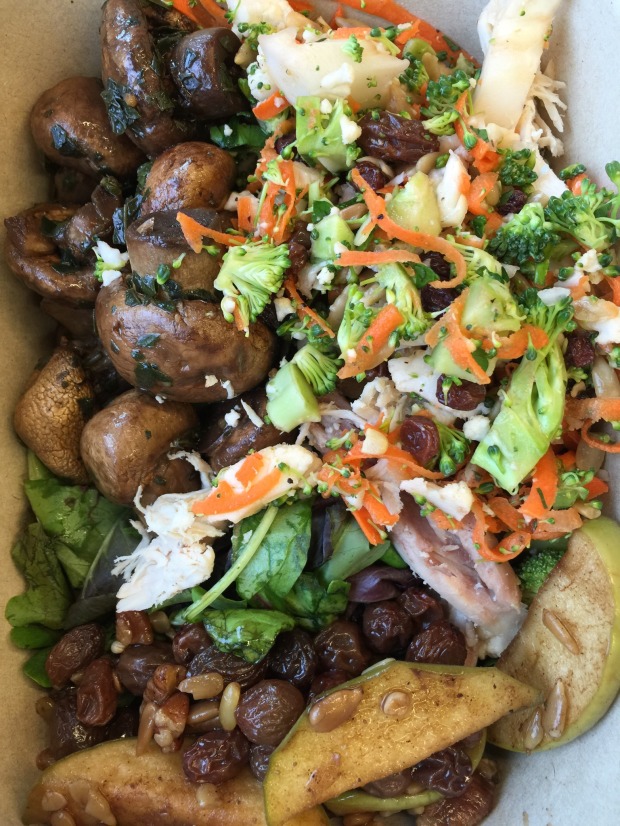 We gathered some intel at Dick’s and I snapped a picture of the Brooks display because I love them so. They didn’t have my Transcends which I thought was weird because they are so amazing. 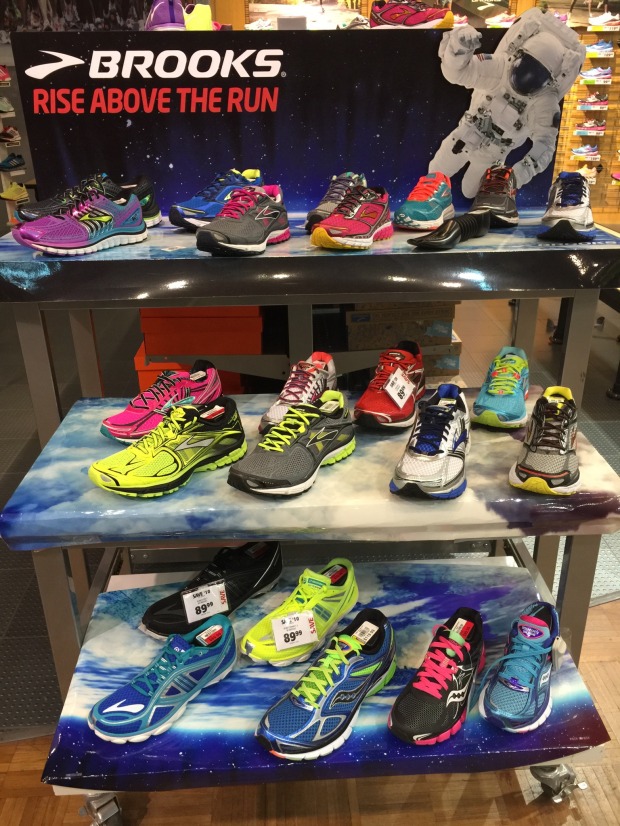 We headed over to the mall, but by this time were getting tired from all the research. I had wanted to go to the Columbia store in the mall, but when we got there we realized it wasn’t open yet and was still under construction.

I did stumble upon a White Barn store which blew my mind.  For anyone not obsessed with Bath and Body Works candles, a lot of their most delicious scents are made by a company called White Barn.  I had no idea that they had stand alone stores which made my day.  It’s a whole store of exclusively my favorite kinds of candles. 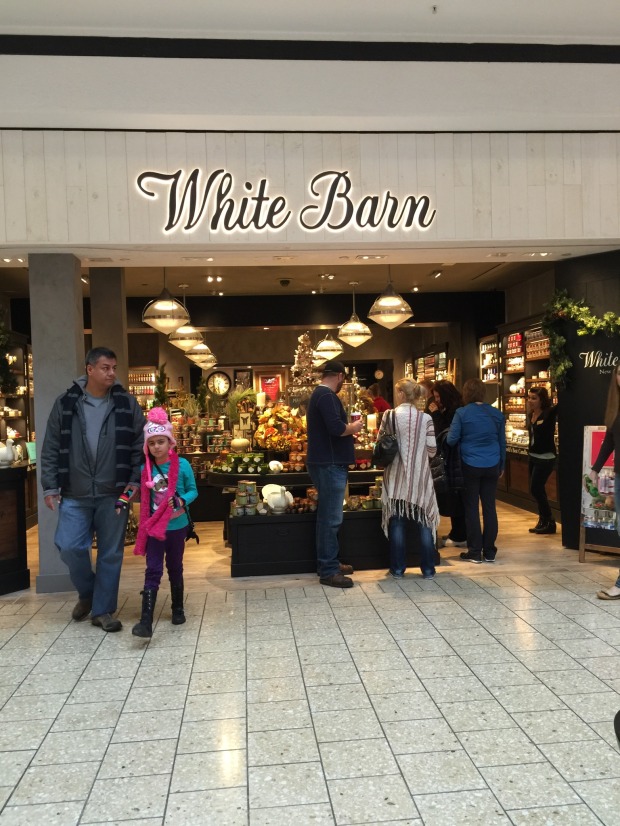 Saturday night we met my uncle for dinner at Greek Islands in Greektown. He lives in Chicago and I haven’t seen him in a number of years.  It was great to reconnect and know that there is someone I can reach out to in the city.  I ordered a gyro, but instead of it coming as a nice wrap, I got a plate of meat and one pita.  It was delicious, but I needed about 3 more pitas to hold all the meat.  I ended up just eating it off the plate. 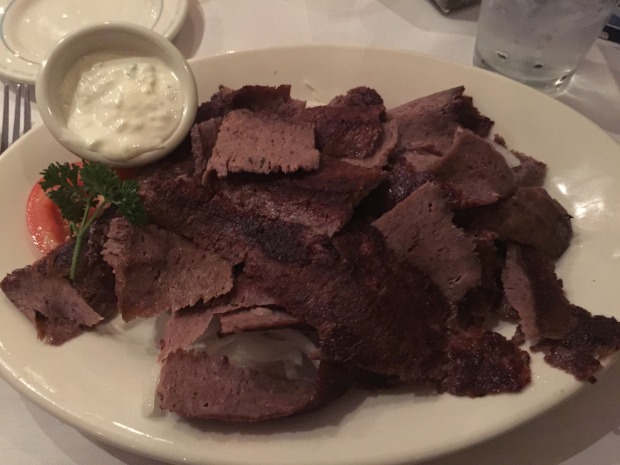 I ordered some baklava for dessert and it came out in roughly the same size as a slice of cake.  I am used to small portions of baklava and although this was delicious, I couldn’t finish it. 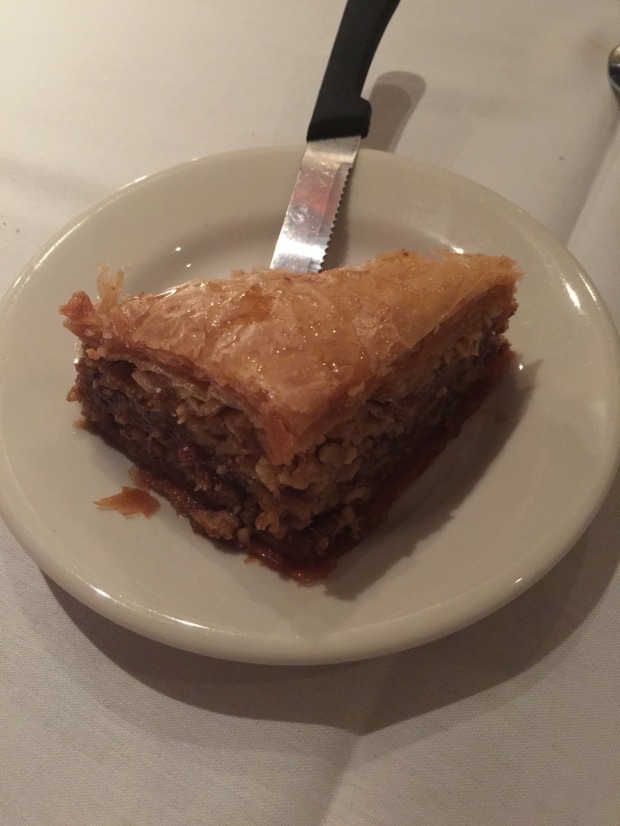 After dinner, my uncle drove us around the city to show us some sights. I will have to catch a night picture to share with you because it is beautiful. After our explorations we headed back, watched a movie, and headed to bed.

We started the morning with our daily smoothie, then hit the streets to go to REI for more winter research. 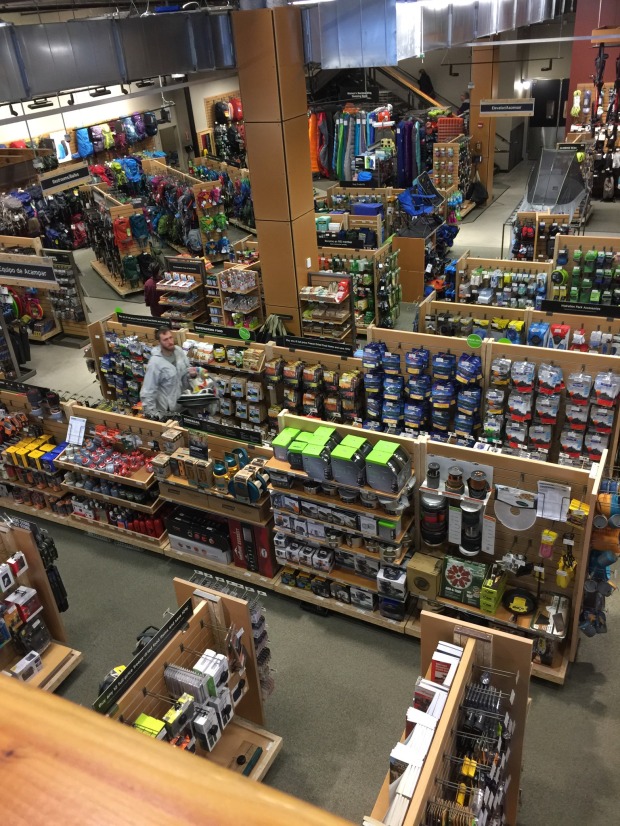 After research, we headed home so that Neil could watch football.  I set out for a run in the city before it gets too cold to do so and did a random 5.5 mile run down to Millennium Park and back. 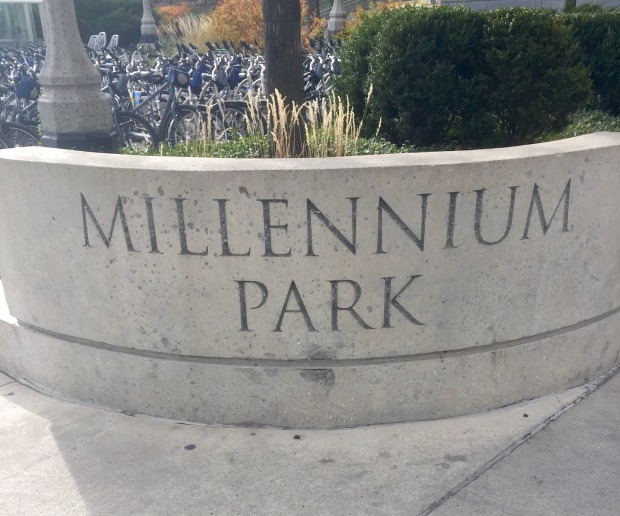 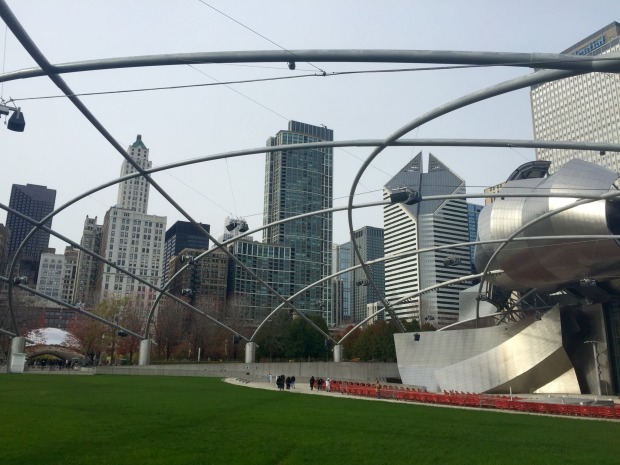 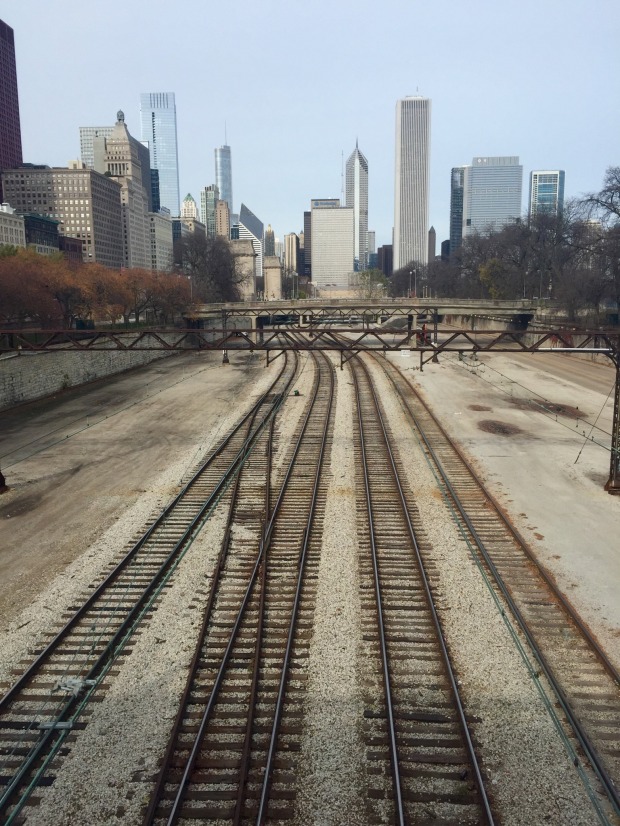 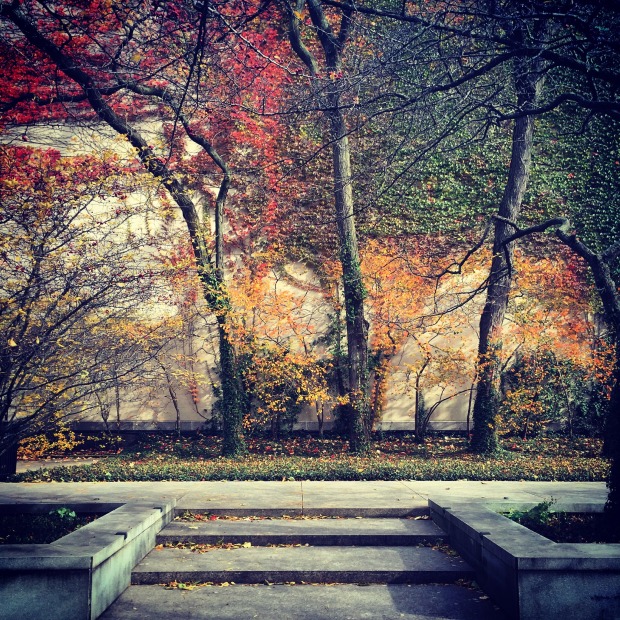 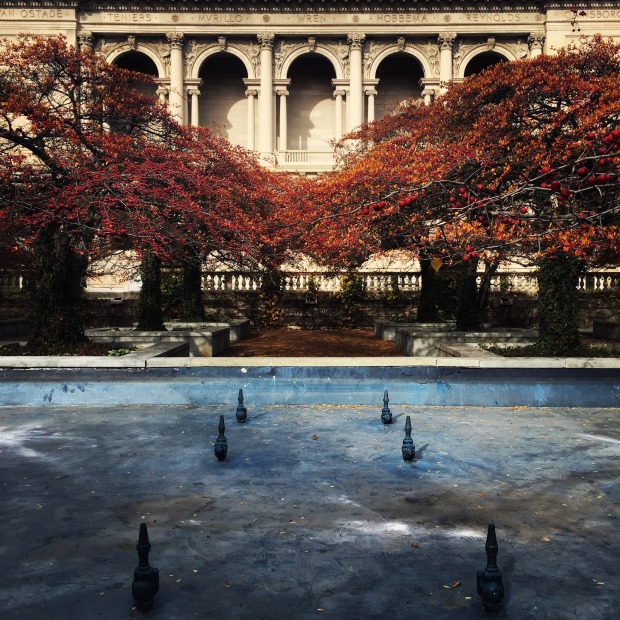 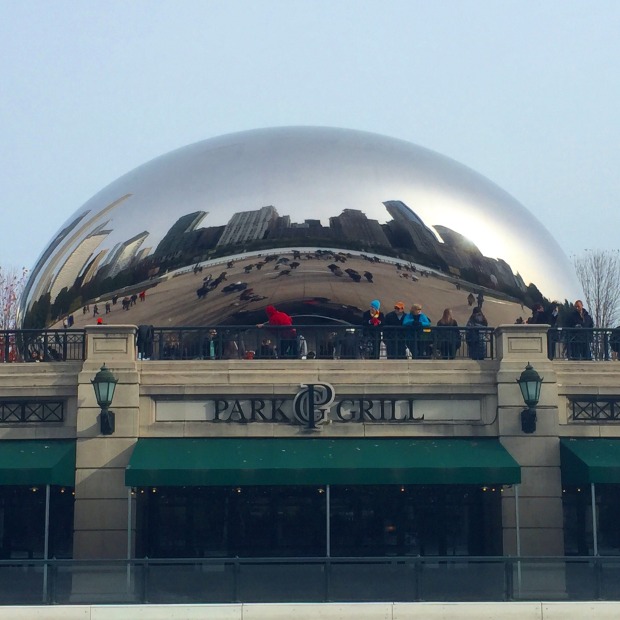 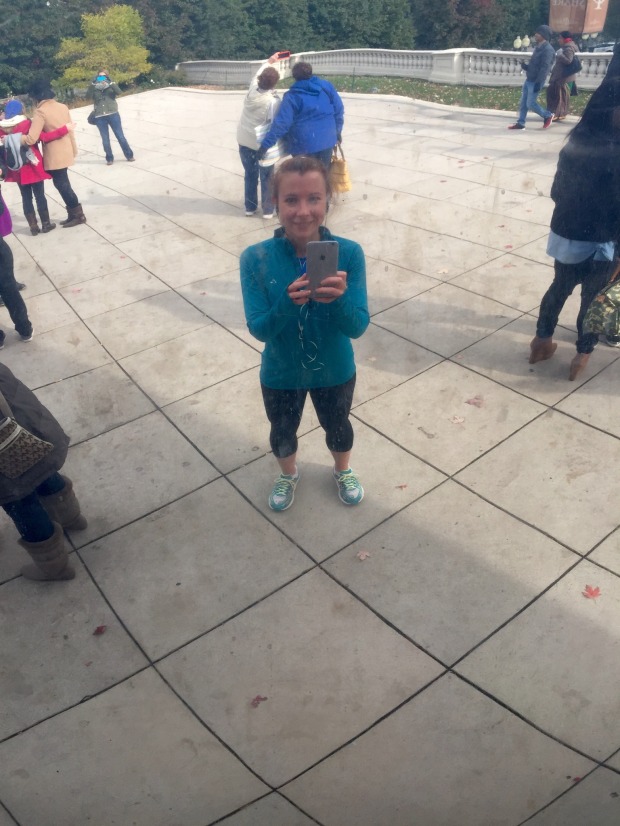 On my way back I passed by a David’s Tea store which has an awesome tea advent calendar each year.  We don’t have any near us in VA, so last year I had Neil’s cousin get me one from New York. Check it out here (forgive the formatting issue when I migrated to WordPress).  I’m not sure if I will be getting one this year because we will be gone for part of December, but I will definitely stop in for some tea. I checked online for their 2014 edition, but I don’t see it. I’m not sure if they have done away with it or if it’s not out yet, but in any case their teas are delicious! 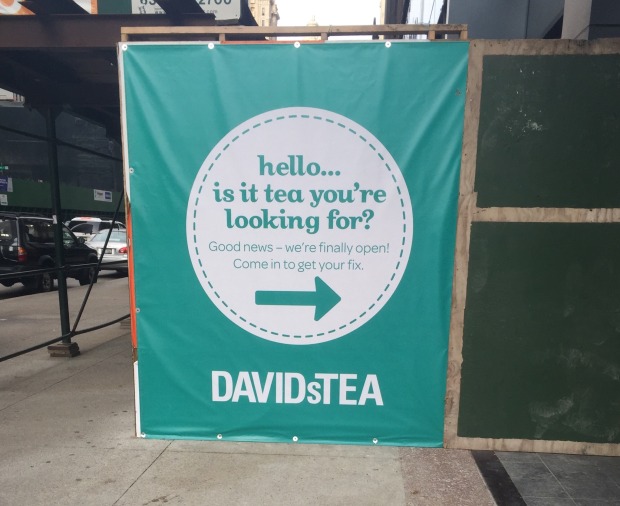 I had wanted to run 6 miles, but when I reached the building at 5.5, I decided that I would take the stairs up to our place and that would make up for the shortened distance. 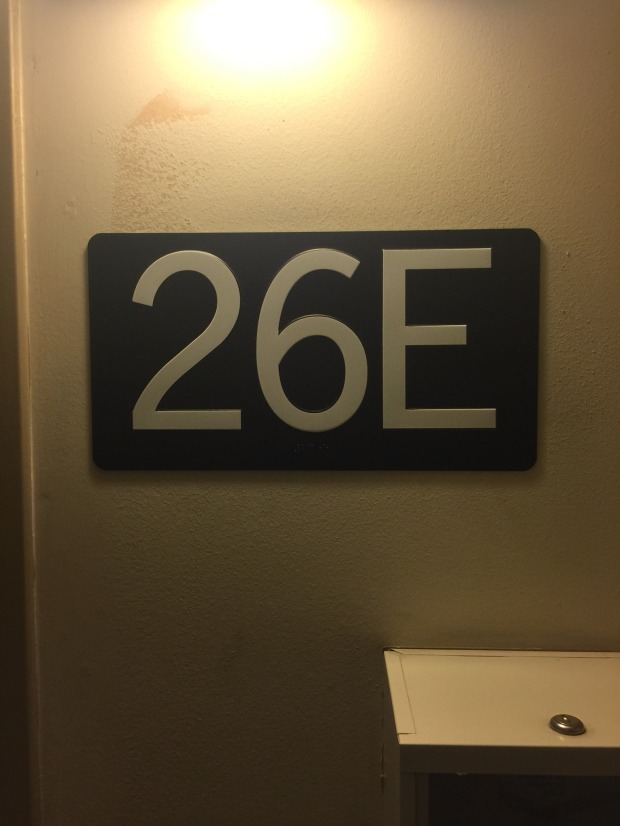 We ordered pizza since it was Sunday, but my order got a little messed up.  I had asked for marinara sauce AND pesto, but I only ended up with pesto and mushrooms.  It was good, but not amazing.  I know it was not amazing because I only ate half. 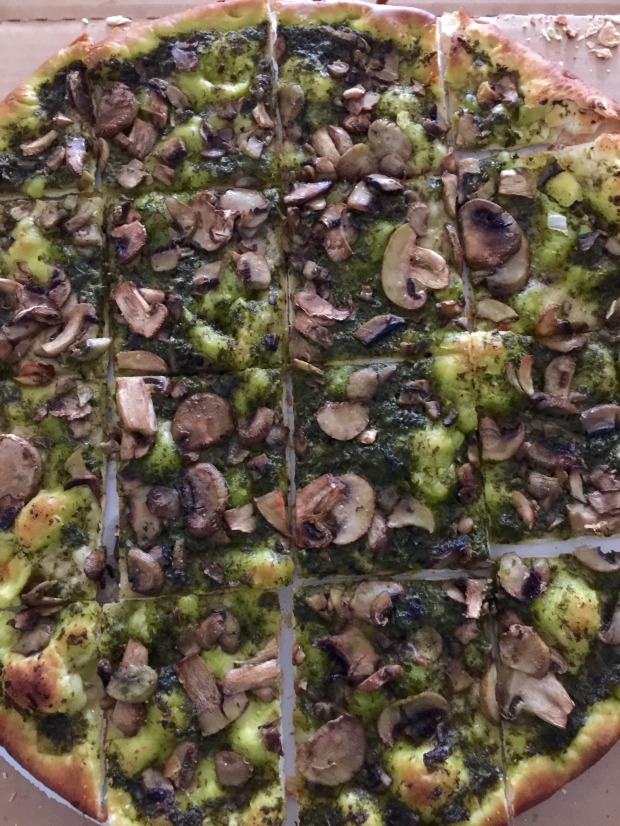 Since the sun sets at 4:30 pm here (boo), we have been going to bed earlier than normal because it seems much later than it really is.  Last night we turned off the game (yay Packers!!) and went to bed at 10 pm.  I like being able to wake up earlier and enjoy more of the day.  I am now off to grab some lunch and pick up my Chicago winter coat.  Stay tuned!

Question of the day: How was your weekend?

3 comments on “First Weekend in Chicago”