Back In Chicago - Erin's Inside Job Skip to content

I am coming at you a little later today because I just got back from my first day of shadowing at Sweat.  The plan for the next few weeks is to shadow two classes two times a week, so if you’re in for a class and see a random person hovering around, it’s me. Come say hi!  (Great meeting fellow blogger Lauren who stopped in for the 7 am!) I am planning on shadowing the 6 am and 7 am classes on Monday and Tuesday and then I will work my normal 4 hours a week on Wednesdays.  The timing is great because I shadow the first two hours and then stick around for the 8:30 am class which I will have already mastered from watching it for two hours.

Watching and doing are two very different things, however, as I found out today.  I haven’t been as fixated on working my arms lately and they were definitely upset at me after this workout. 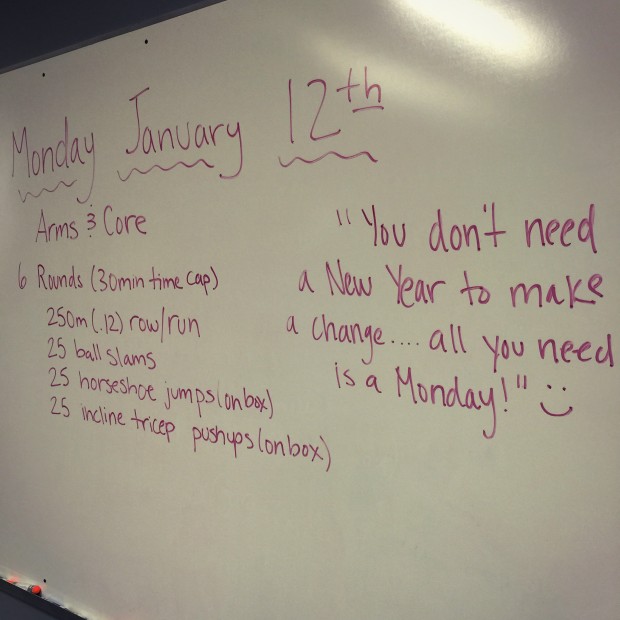 They were even more upset at me after I stopped for some groceries at Whole Foods on my way back home.  Did you know they have breakfast in the morning? I always go around lunch to check out the salad bar, but if you go early enough you can load up on some bacon, eggs, and pancakes. 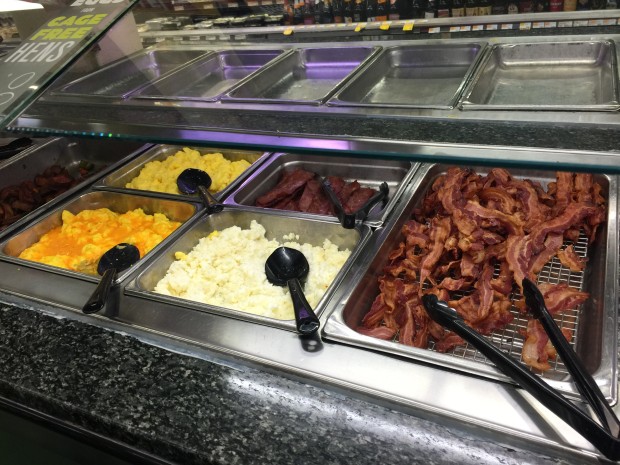 As the post title implies, I am now back in Chicago after a lovely week in VA.  This weekend was lazy and fabulous and relaxing, so let’s take a look at all the crazy lazy things that were done.

Friday evening was Neil’s holiday party for work, so we got fancy and headed to the Air & Space Museum in Chantilly. The party was held in a giant hangar that housed all sorts of planes and the space shuttle Discovery.  While waiting for Neil to get ready, I was trying to capture all of my sparkles.  I was caught. 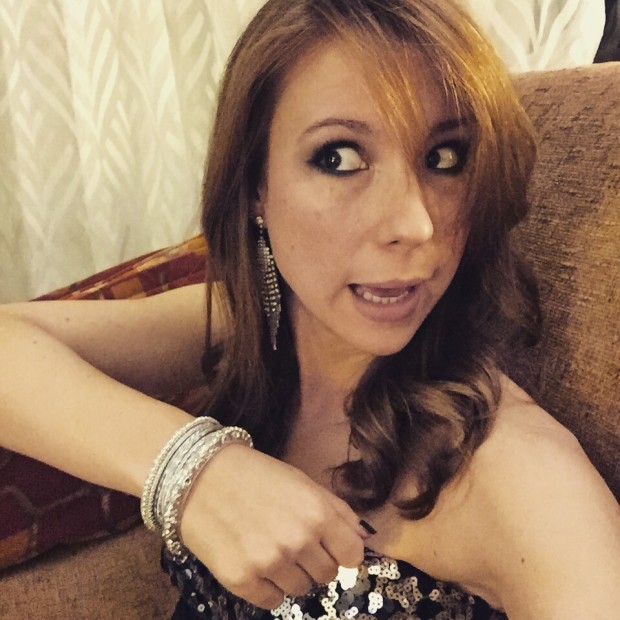 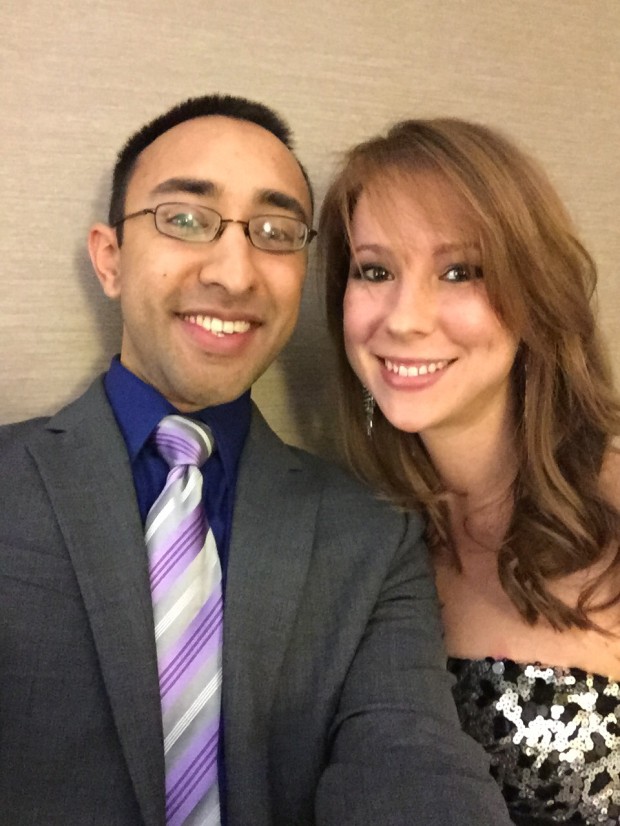 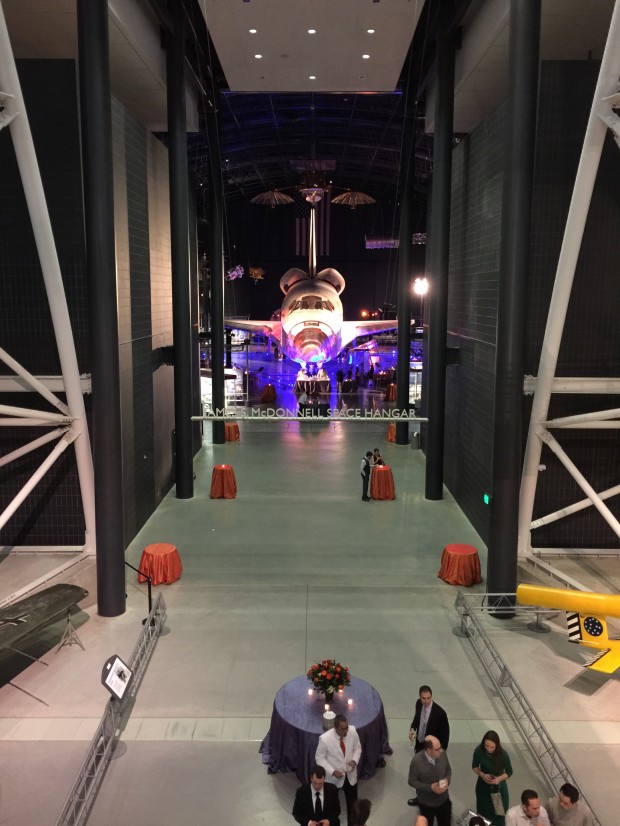 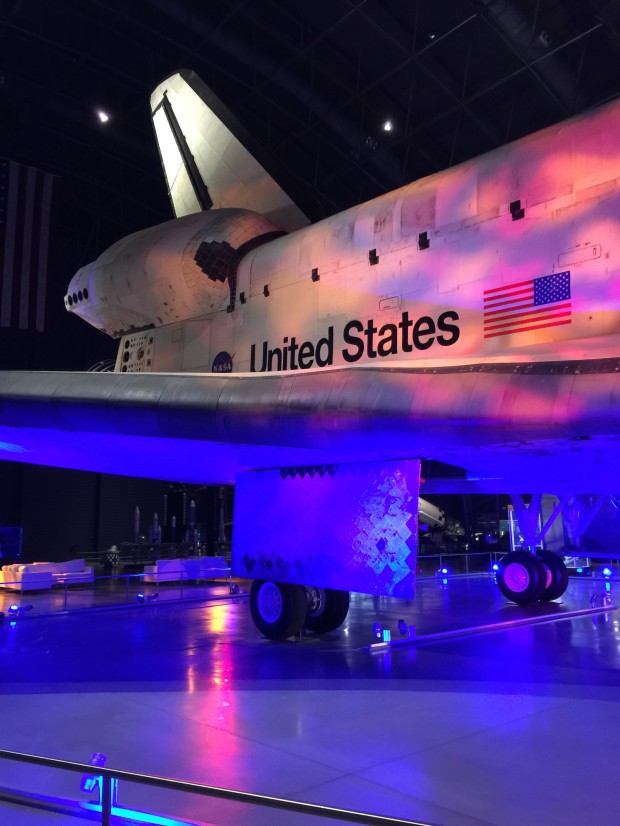 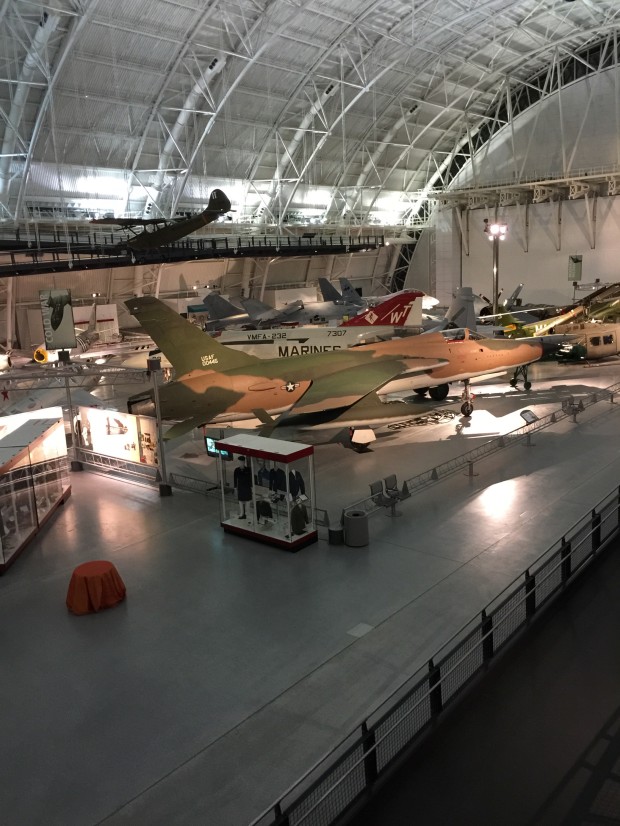 We were able to jump in some flight simulators, so that was the first thing we did. This one was supposed to be in space but was lame. 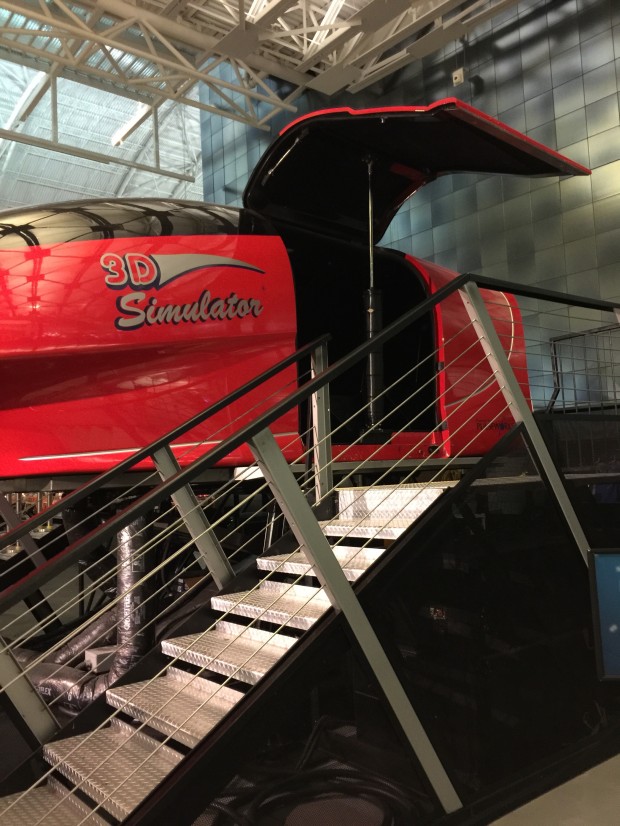 These little white ones had one person flying and the other person operating the gun. Our goal was to shoot down enemies, but we only succeeded in doing barrel rolls. Yes, they go completely upside down and no, I would not suggest wearing a dress and heels when you are training for air combat. 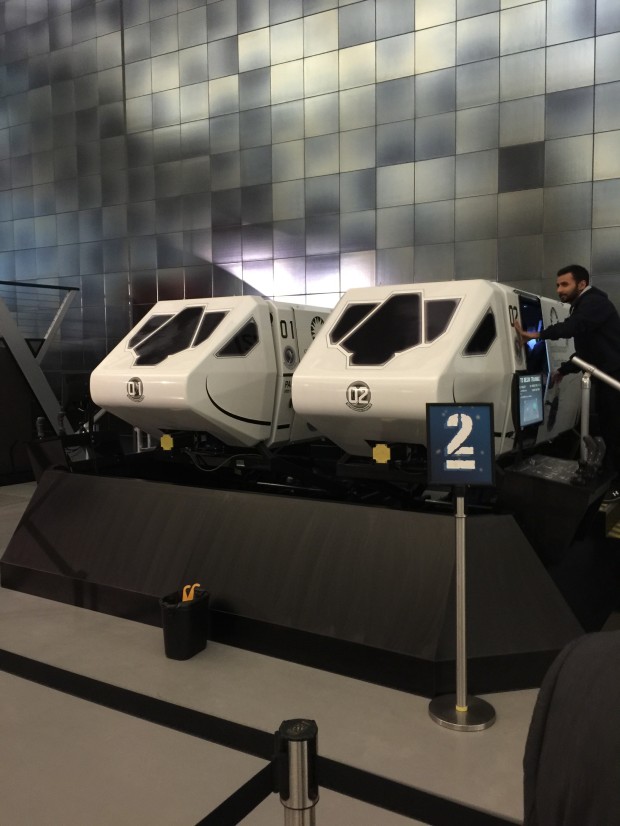 There were little tables set up at different points with appetizers, then dinner a little while later. 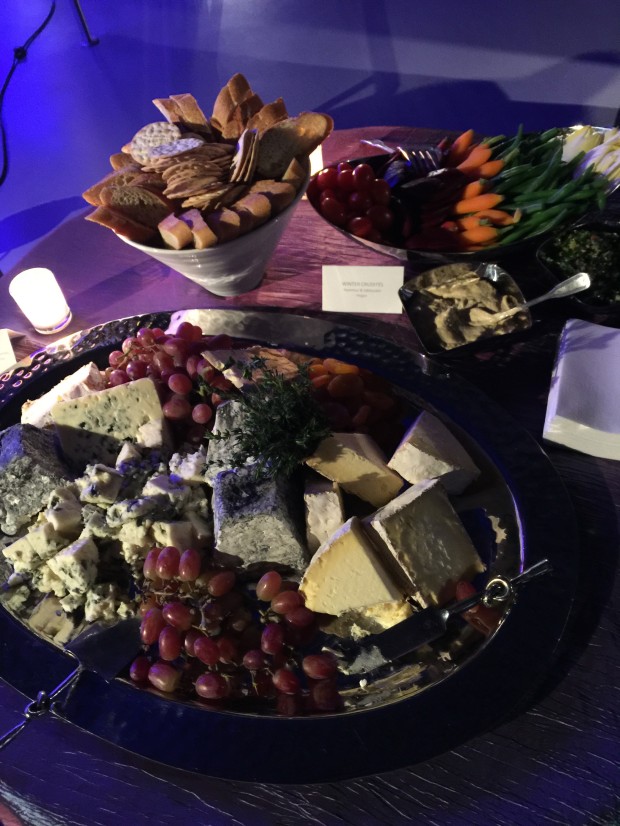 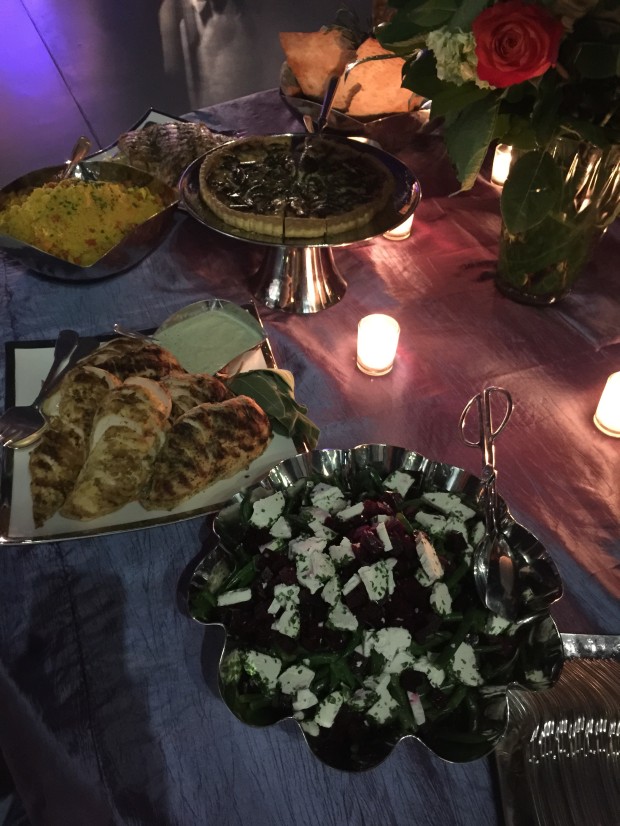 I had some salmon, chicken, cous cous, and a mushroom quiche thingy that was pretty delicious. 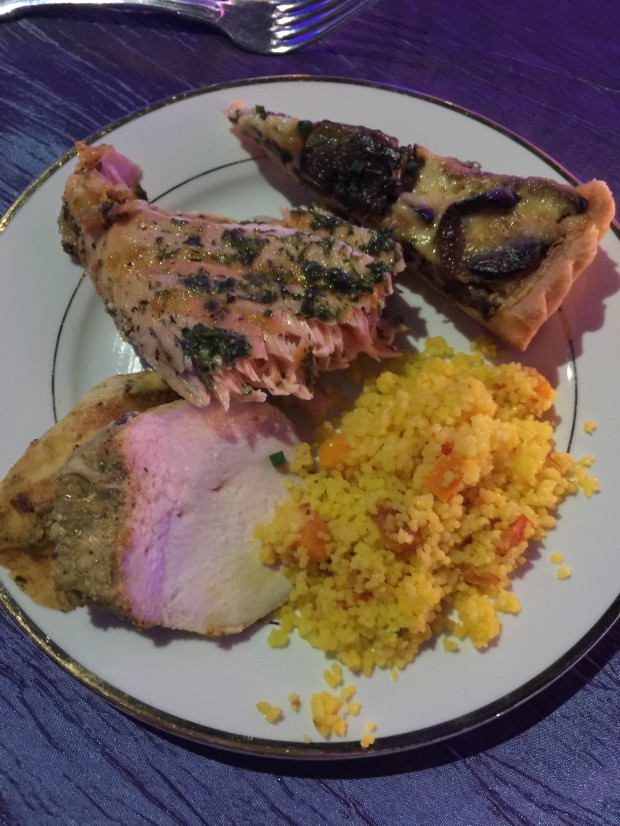 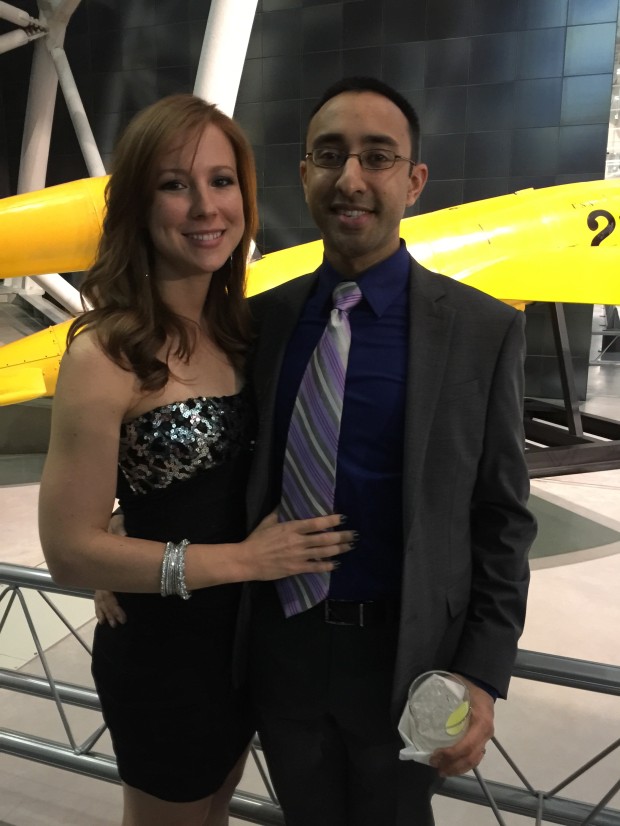 After the disaster of the Starburst gum, it left me craving actual Starbursts. We filled up the rental car with gas and I grabbed some FaveReds Starbursts.  I should have stuck with the regular since I do not like fruit punch or watermelon and was stuck with cherry and strawberry anyway.  I at least like orange, so I would have been able to eat more with a regular pack.  Oh well, it was great. 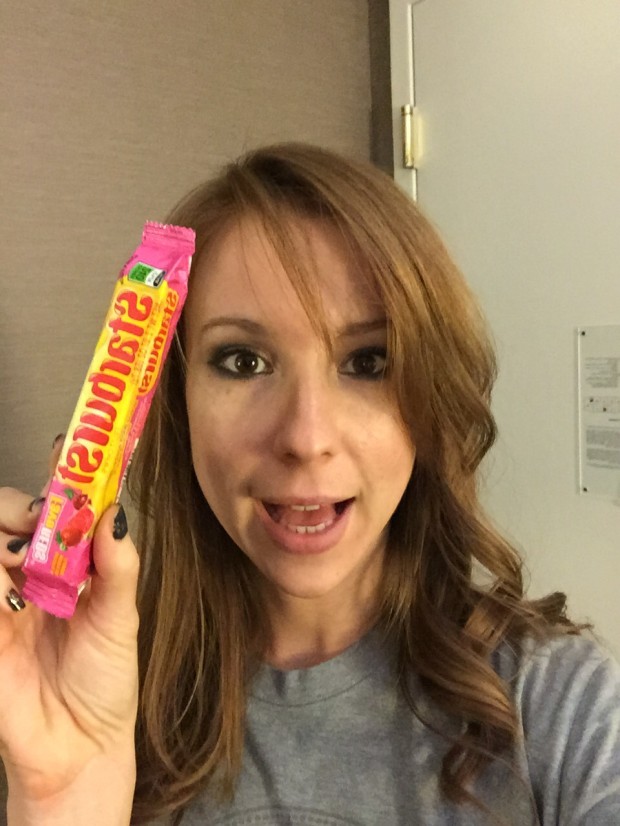 We had a 7 am flight on Saturday, so we were up by 5 am and headed to the airport.  A lot of the country had snow. 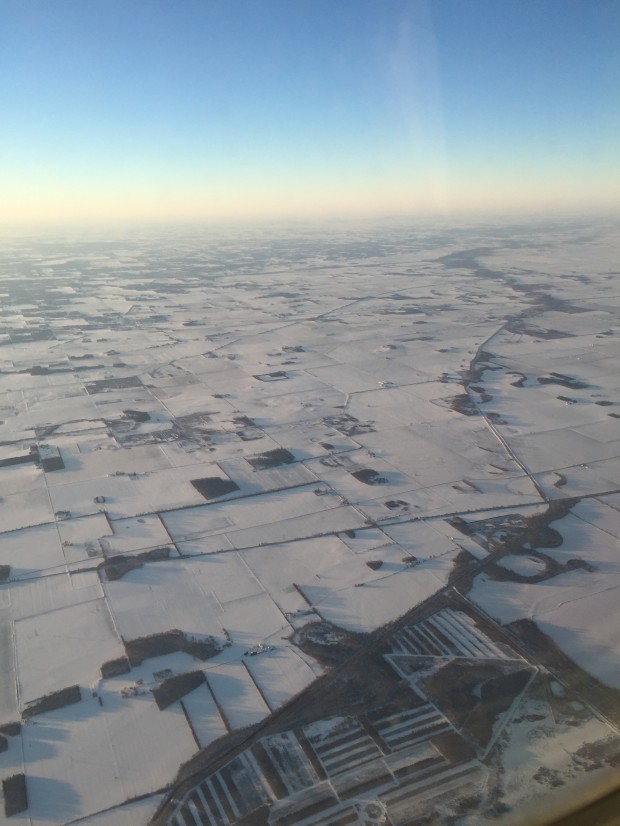 We came home and proceeded to take a 3 hour nap. I am not usually a napper, but I think it was needed. We then proceeded to do nothing of substance all day except watch football and movies.

We decided to get sushi for lunch, so we headed to Friends Sushi.  Of course I can’t remember the names of the rolls we got now, but there was a lot of salmon and tuna.  It was all really good except for one that had WAY too much cilantro. Cilantro should never be used for anything ever. Sick. 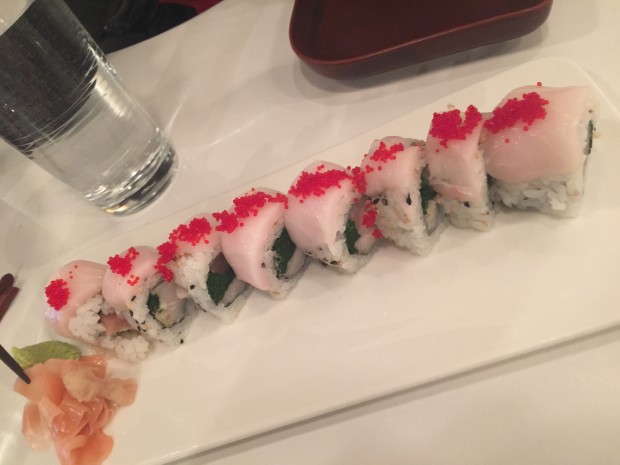 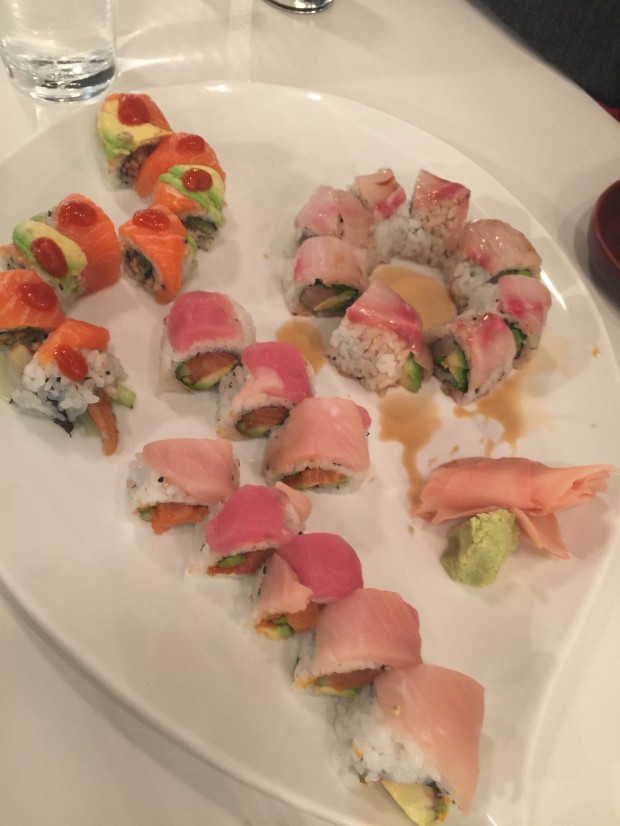 We headed home to watch the Green Bay/Cowboys game and I was at a high level of anxiety until the 4th quarter where my other husband Aaron Rodgers turned it around. Go Packers!

I did boring household errands like laundry and making dinner while the second game was on and then was in bed by 10 pm in order to be rested up for today’s early morning. It was nice to see everyone back in VA, but I am glad to be back and moving along on career and blog things!

12 comments on “Back In Chicago”