Compliments & All Things Random - Erin's Inside Job Skip to content

I can’t even think of a post title at the moment (don’t worry, there will be one by the time this goes up). I’m a little frazzled with all the love and support that I have gotten in the past 36 or so hours.  You guys are amazing! I have been getting emails from people who have either struggled personally or know someone who is struggling with addiction and it’s a pretty humbling experience.  If you don’t know what I am talking about, check out my Huffington Post article here.

It is crazy how I deal with compliments.  At first I was super pumped about it, but after a point the old self doubt started to creep back in and each one that I would read would make me wince. My brain apparently has a glass ceiling for nice words and then it starts telling me that they are unwarranted, that my story isn’t so great to deserve such acclaim.  I started asking myself if I was worthy enough of all the kind words that people were offering and that maybe if my story had been a little more gritty it would be ok to take credit.

It didn’t help to read the comments on the actual article and in fact I had to stop reading them yesterday morning. I get that putting yourself out to the world is in a way asking for criticism from people I have never even met, but that doesn’t mean that I like reading it.  I get that not everyone understands addiction and many people think it is a switch that I can just turn off, but I don’t get the need to publicly ridicule or insult another human being. Oh well. If my story can help just one person, then I’ll take the negativity that comes along with it.

I didn’t intend to go on about my inability to take compliments, but I guess that’s what Thinking Out Loud is all about. My creative writing class in high school would always start with a period of free writing, which at the time I thought was lame and I would use to doodle or write love notes to my boyfriend who sat next to me. Over time, though, I came to realize that so much more than I expect comes out when I just sit and write.

To lighten things up a bit, I will embrace Thursday’s random structure and unload pictures from my phone:

I read about this book in my daily Skimm and made a mental note to read it next. Then I saw it mentioned somewhere else and on my walk to work yesterday I saw them all staring at me in Barnes and Noble. I guess it’s a sign. 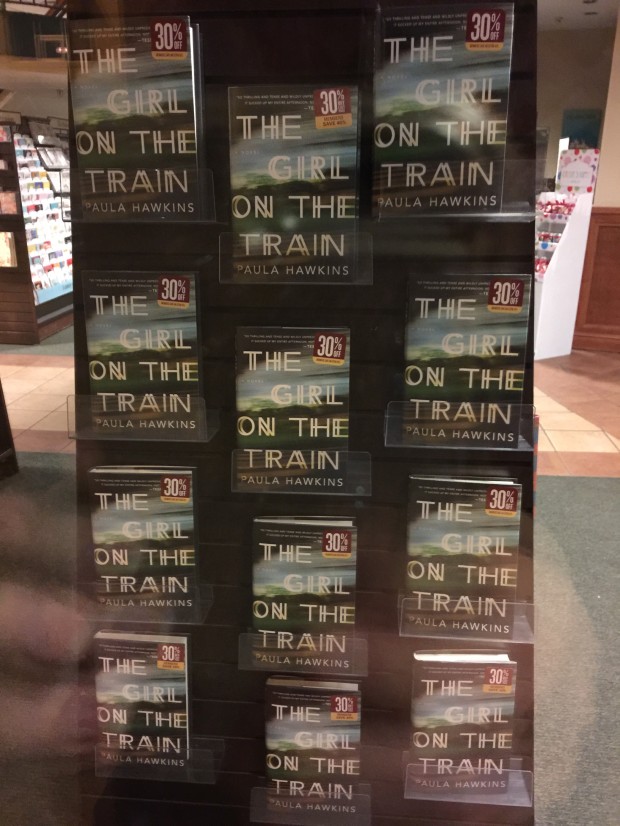 When I went to Foodease the other day I found miniature Jeni’s ice creams.  They didn’t have a huge flavor selection, but spending $6 seems like a better deal to me than $13, especially since the pint we bought over a month ago is still in the freezer.  Score. 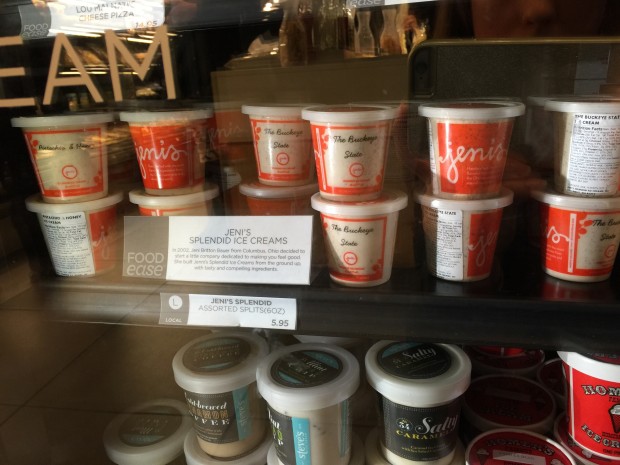 I have a long running problem of things I like being discontinued or unavailable. The most recent is my beloved Noosa Honey Yoghurt. No, it hasn’t been discontinued, but they have removed it from the Walgreens immediately next to my building (that’s lemon and mango you’re looking at there).  I have been able to find it at grocery stores further away, but it seems to follow the pattern of things I love being taken away from me.  You may remember that my obsession with Vanilla Petite Creme yogurt also had to be curbed when they stopped selling it in our grocery store a month after I discovered it. 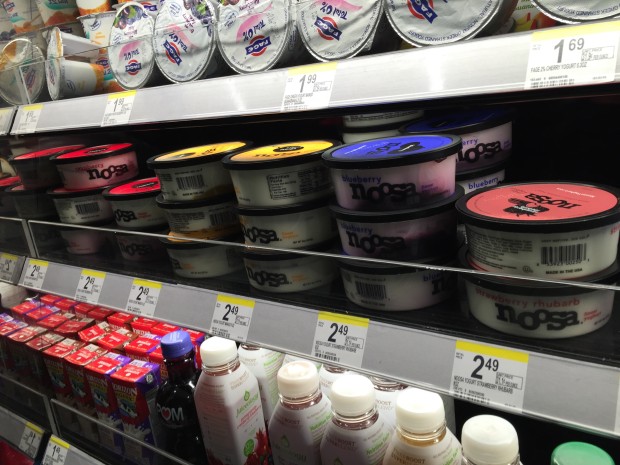 From what I can remember (and I know there’s more), I have also been robbed of these delicious things: my oatmeal brand that I used to eat daily and Betty Crocker Cookie Brownies (omg). To be fair, I think I have seen that oatmeal again and other stores may carry the cookie brownies, but when I went to Giant and saw that they were on sale because they were a discontinued item, I bought every box on the shelf.

So, in closing, I want to thank everyone again.  To clarify, I’m not saying don’t compliment or share my article, I’m just sharing my feelings towards those compliments which are a reflection of my silly little brain.  I know they are meant with love, but sometimes my head likes to tell me I am not allowed to take credit. It’ll pass. Thank you for also letting me share random thoughts and my irrational fear that now I have talked so much about Perfect Bars and buy them by the box that they will be taken from me.

11 comments on “Compliments & All Things Random”