A Whirlwind Weekend - Erin's Inside Job Skip to content

This weekend was definitely a whirlwind of reunions.  Since Neil will be in training all week for work, we attempted to fit in as many meetings as possible with friends and family.  We flew in to VA on Friday morning and I said goodbye to the arctic of Chicago for a week. 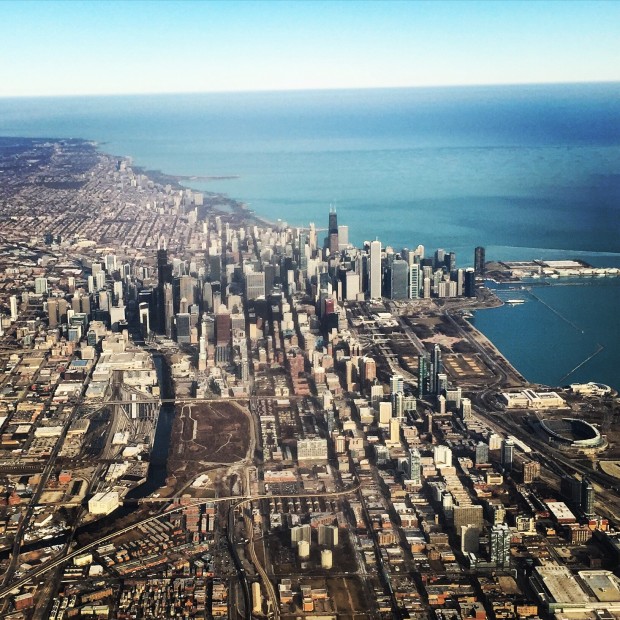 I stopped in to my old work to say hi and catch up, then we spent most of the night settling in.  The mashup of meetings started on Saturday morning when we visited Neil’s parents for breakfast. 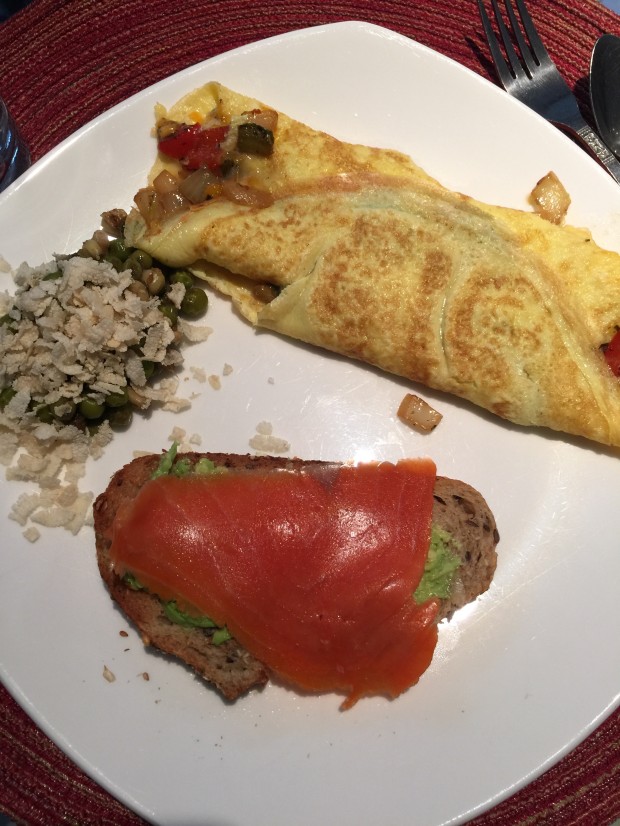 We spent about 2 hours there and then went to meet another friend at Tyson’s Corner Mall.  We grabbed some Starbucks and an hour later hopped back in the car to head to my sister’s new apartment!

My mom had driven from MD as well to rendezvous with everyone, so we enjoyed Jackie’s new place and celebrated with pizza (and homegrown basil!), salmon, mashed potatoes, and green beans.  We brought a pumpkin cheesecake from Wegmans that was sadly disappointing. That didn’t stop me from eating a lot of it though. 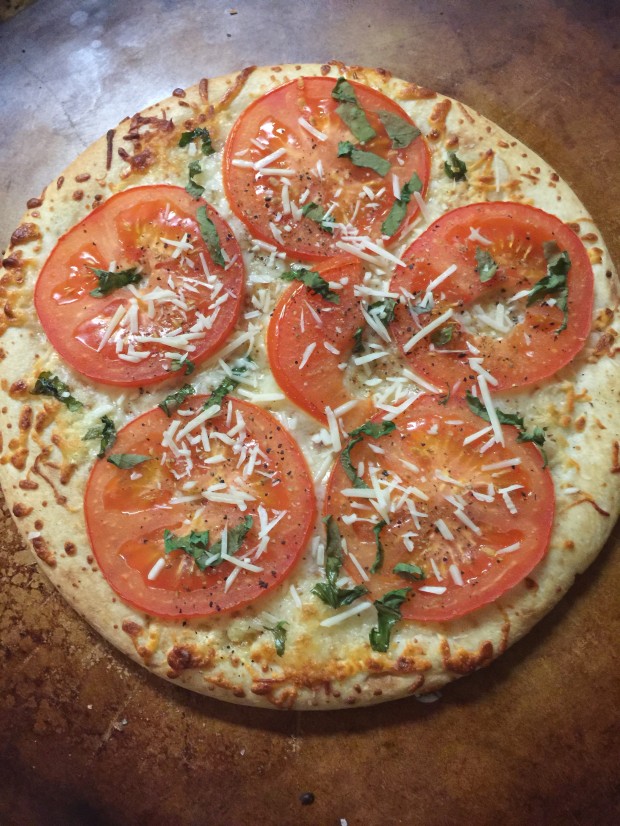 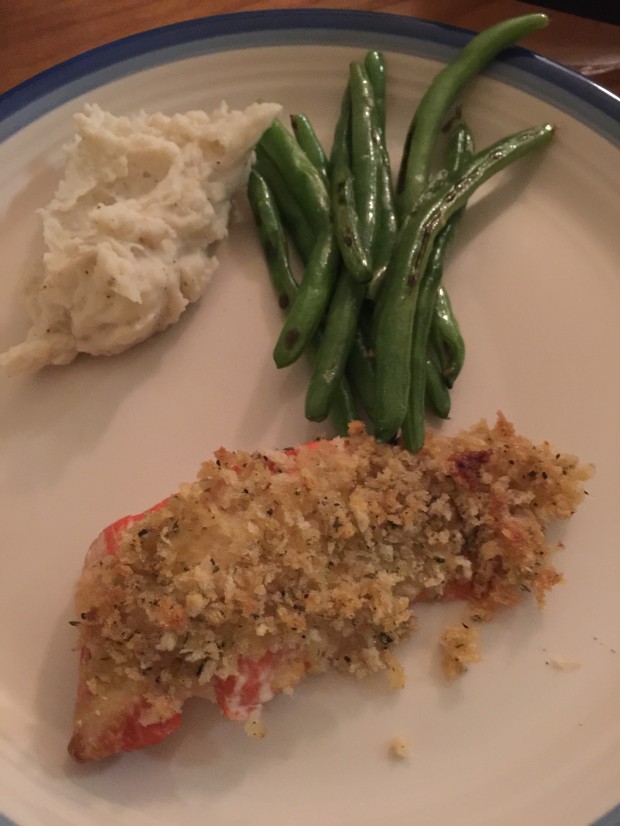 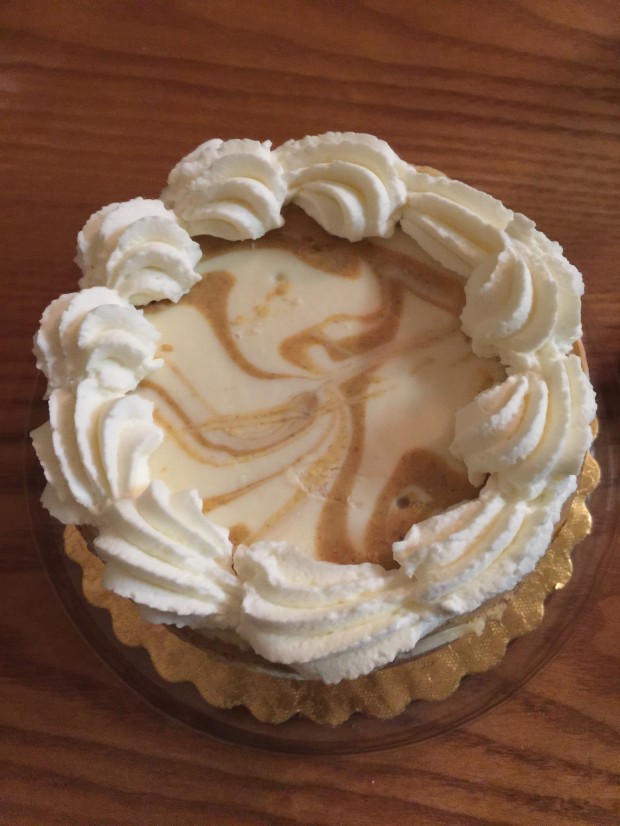 I also was reunited with this little baby and my life was complete. 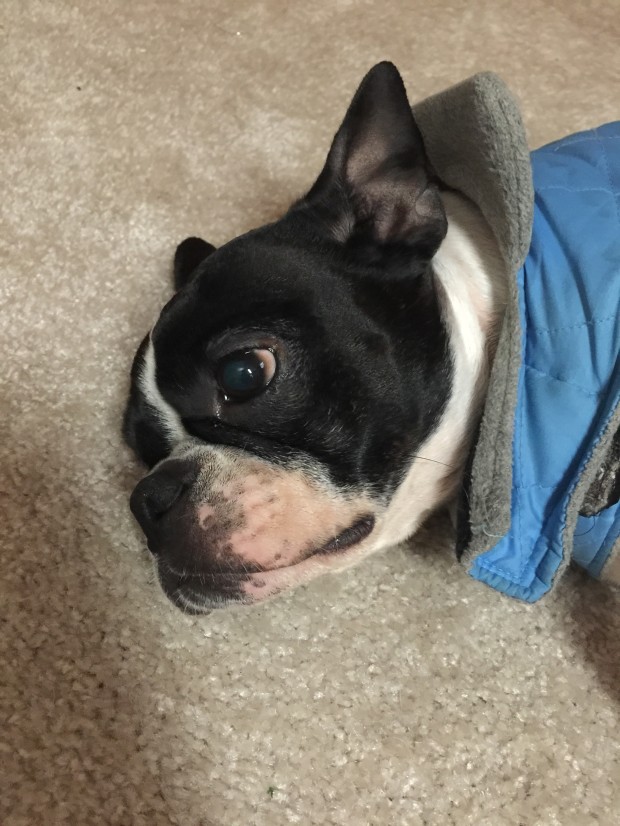 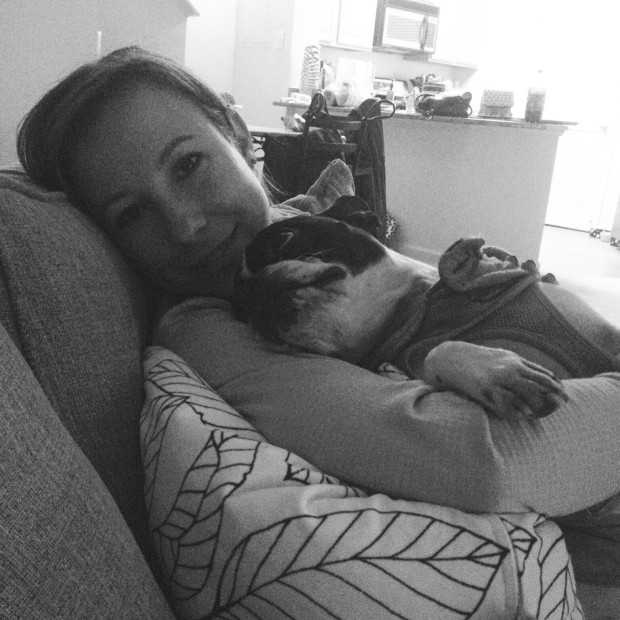 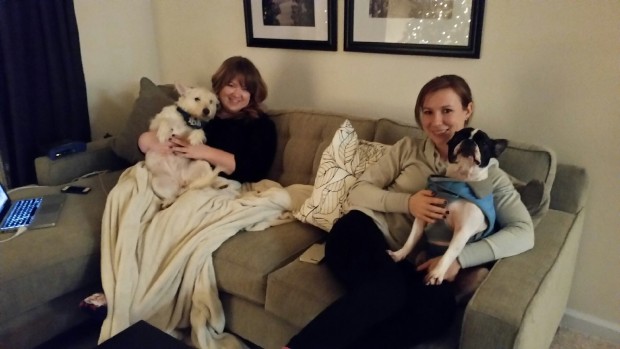 Sunday I headed back to the old W & OD Trail for a morning run with Carly.  Even though both of us haven’t been working on our running game as intensely as before, we still knocked out 6 miles with a 9 min pace! 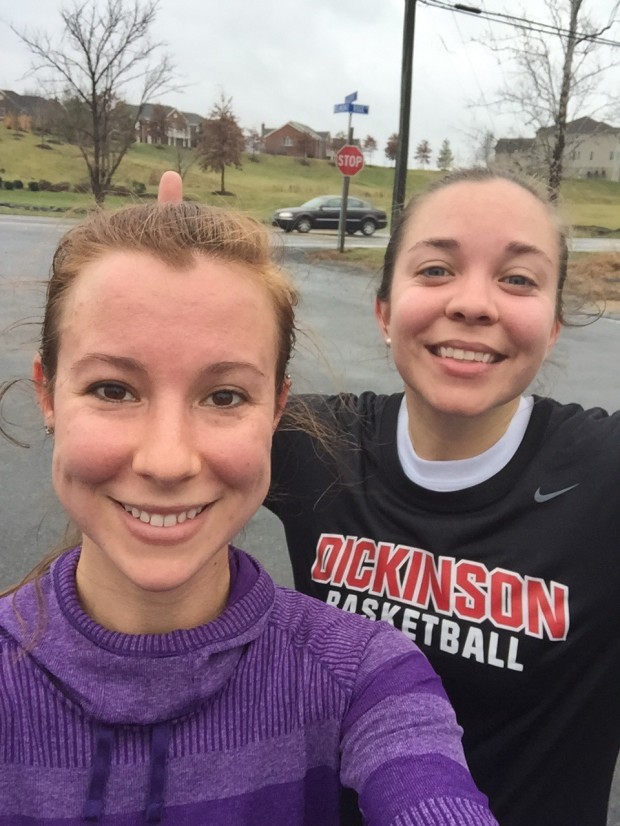 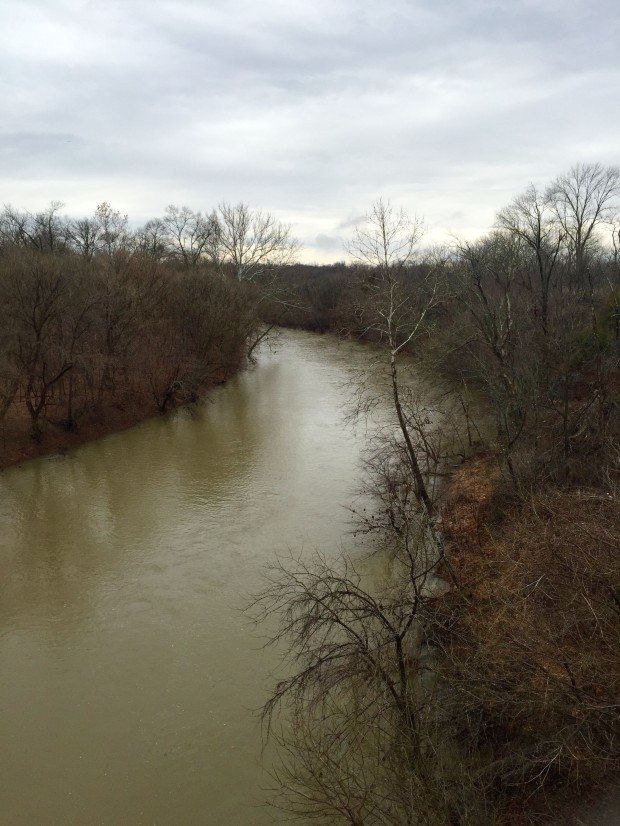 I guess it rained a lot since we were almost washed away by the abnormally high waters. If you have been reading for awhile, you have seen similar pictures and the water is never nearly this high. 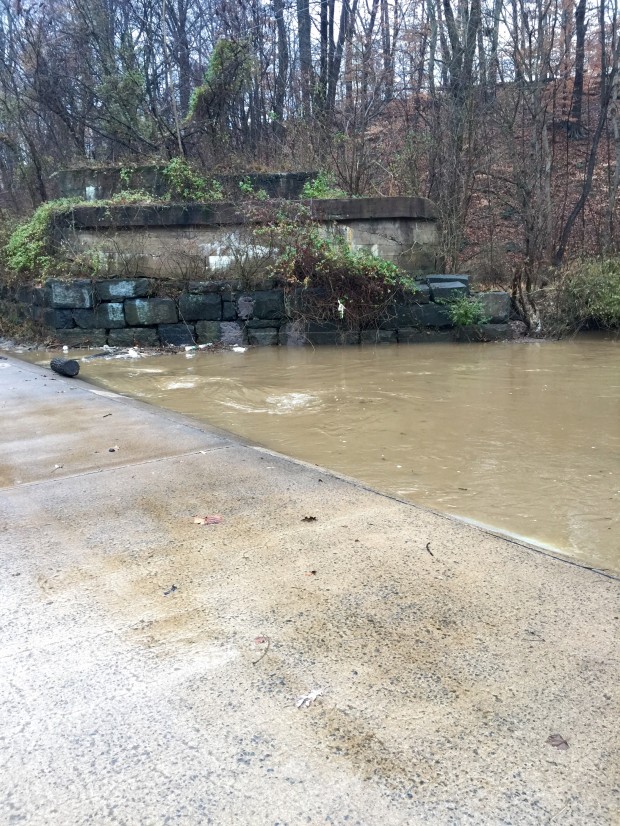 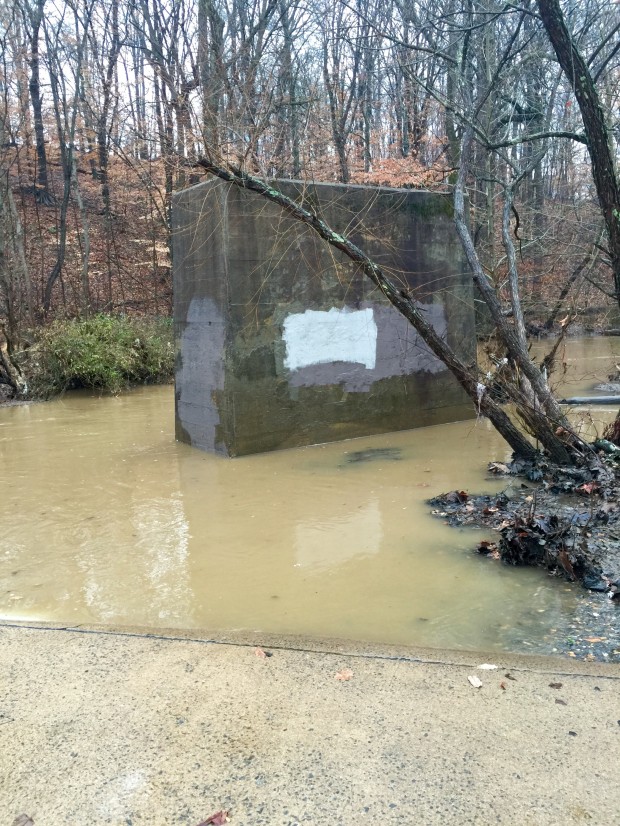 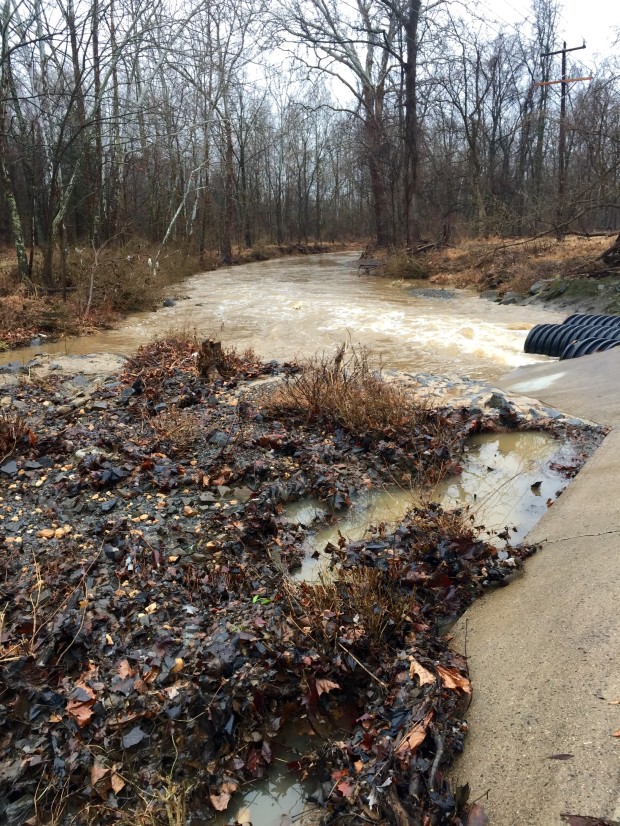 So we forged the river and came out unscathed.  It felt so good to be back on the trail and outside! It was also an abnormally warm day here in VA yesterday and we were able to run with temperatures in the 50s.

After running came football and we watched the first game with a friend from D.C., then headed over to Carly’s to catch the second game.  I ate Thai food but was disappointed with a) the fact that they never make it spicy enough for me despite my pleas and b) they were out of mango which meant no mango sticky rice.  That’s the second time in a row that has happened to me so I think I am destined to never taste its sweetness again. 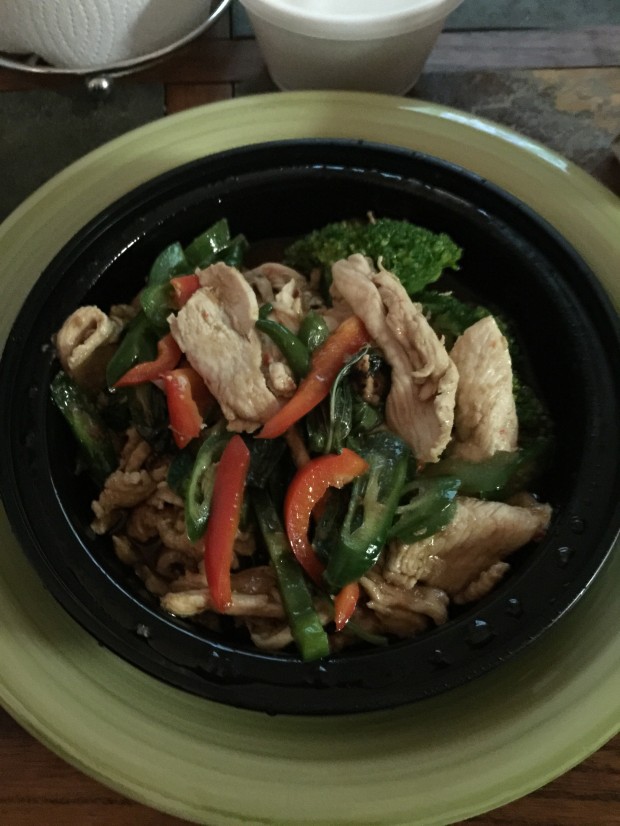 Neil and I left after the game for a quick Target run to grab some travel sized toiletries and I was stopped in my tracks when I discovered these. 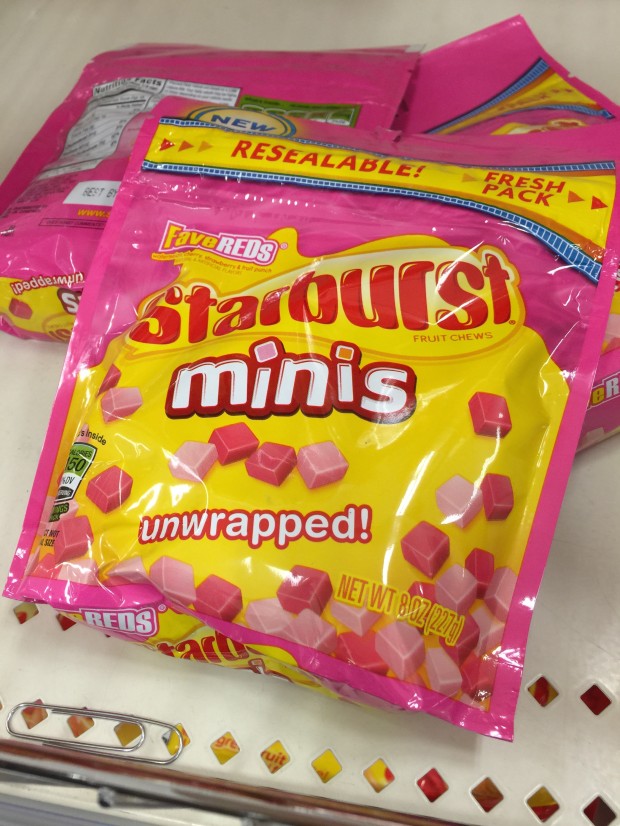 I would have bought them except they felt hard as rocks in the bag and that’s not how me and Starbursts roll.  I settled for the second best thing: Starbursts gum.  It was disappointing and I felt like I was chewing a cough drop.  Basically it just made me want Starbursts even more.  Well played, Starbursts, well played. 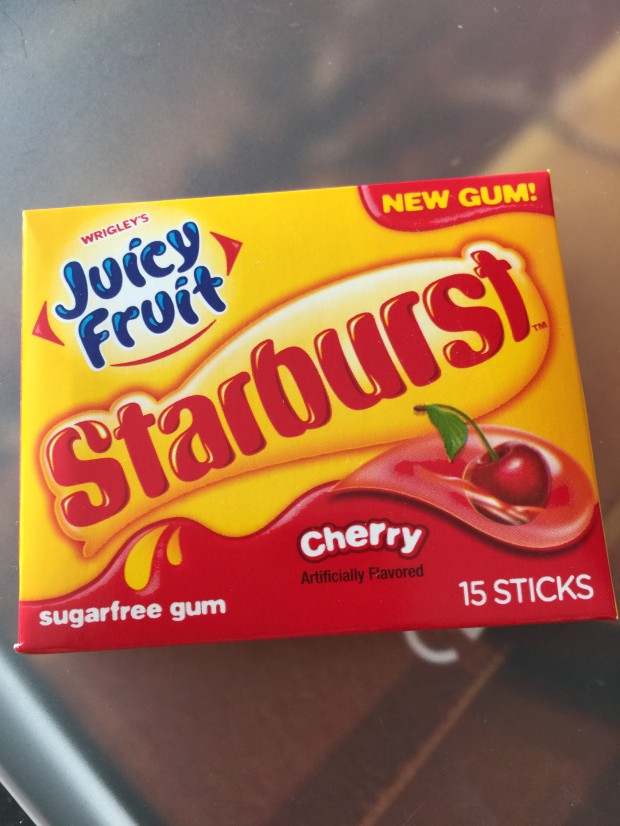 So now here we are.  I’m off for another reunion and then probably an exciting afternoon of studying. Everyone enjoy your Monday!

13 comments on “A Whirlwind Weekend”