The Weekend I Became A Certified Personal Trainer

Happy Monday! I can’t believe it is already June. WHERE HAS THE TIME GONE?

As I’m sure you have gathered from the title of this post, I passed my NASM CPT exam on Friday! Later this week I plan to write a more detailed post about the process, so if anyone is thinking about becoming certified or is taking the test in the near future, please let me know if you have any questions and I will try and cover them.  I want to thank everyone who made this possible!

I also want to say that I am planning on replying to your comments, but as you know I took some time last week to get last minute studying in and haven’t been able to stay on top of them. THANK YOU for commenting as always and don’t mind that my replies are 25156747 days late.

I headed into the Loop to take my test around 9 am. It wasn’t scheduled until 10 am, but I get places super early so I arrived around 9:30 am and was able to start my test. It was more difficult than I had expected, but when I finished and went back into the waiting room I was given this: 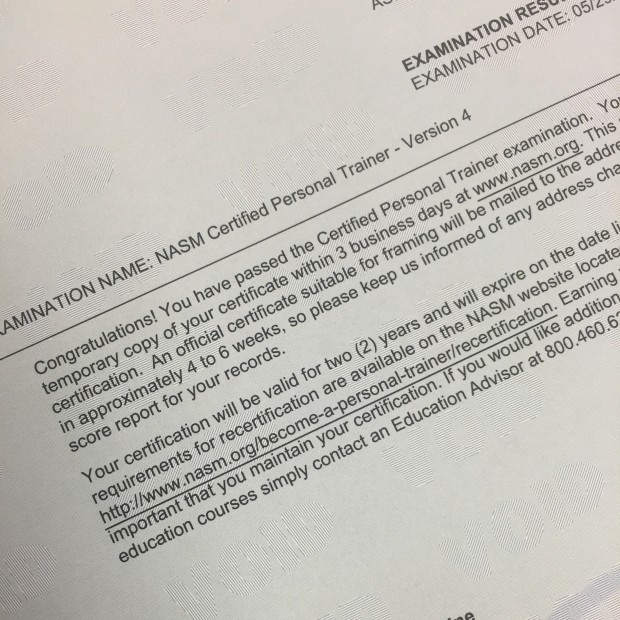 I was going to treat myself to lunch, but I was excited, didn’t know where I wanted to eat, and starving, so ultimately I just headed home and had a normal lunch. Then I headed to Costco for  some essentials and watched an episode of Sherlock (so good).

When Neil got home we tried out Bub City, a BBQ place that was included in a list of the top BBQ places to try in the city. It wasn’t as good as Green Street Smoked Meats, but it was decent. I also wanted macaroni and cheese, but it wasn’t my favorite either. Guess we will have to have a celebration sequel. 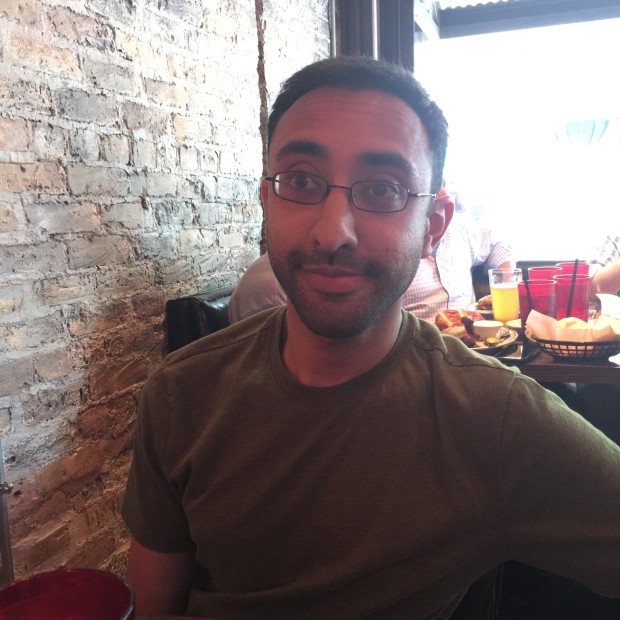 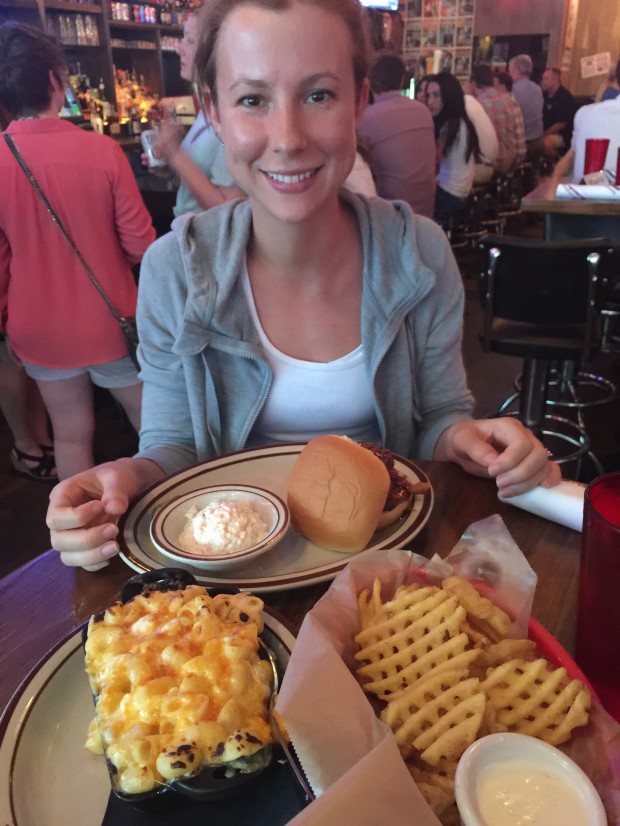 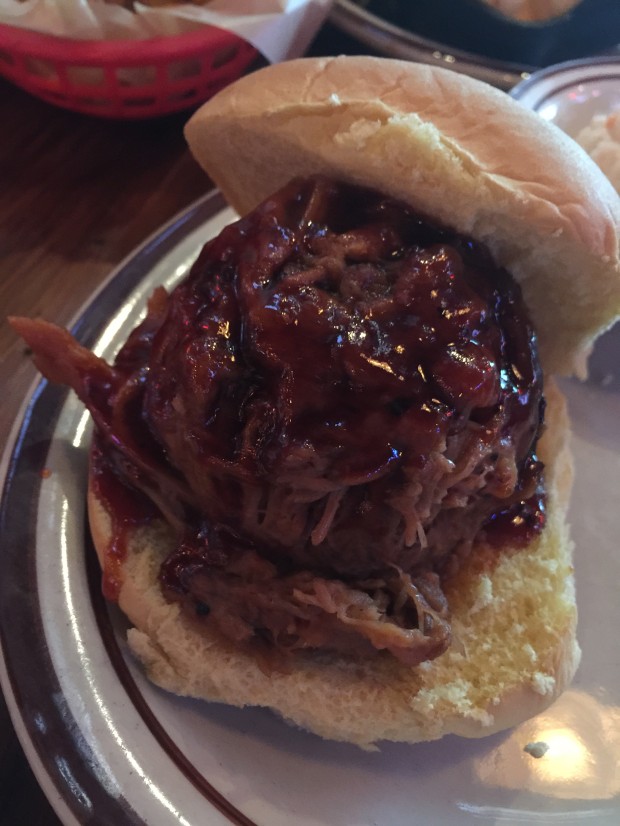 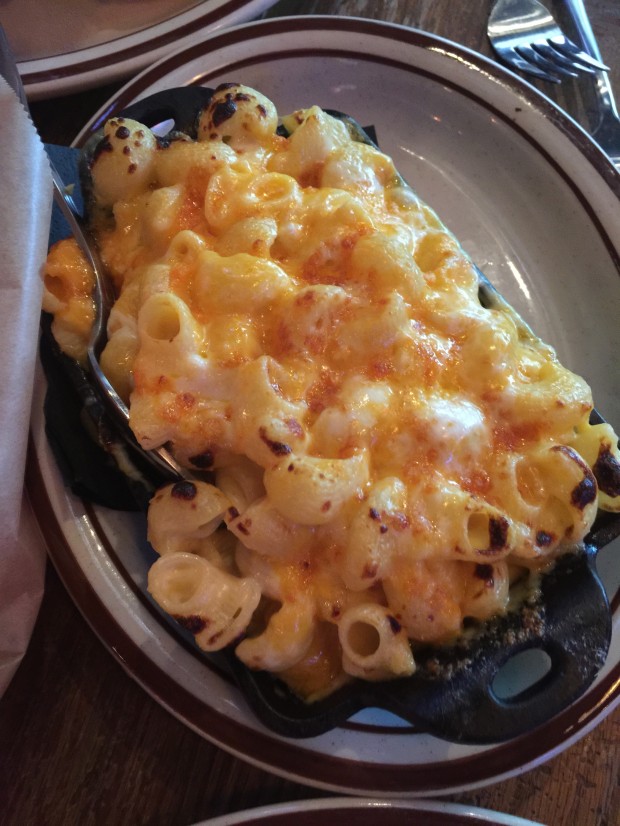 I met Susie for brunch at Meli Cafe (same as last weekend) and inhaled this breakfast quesadilla. 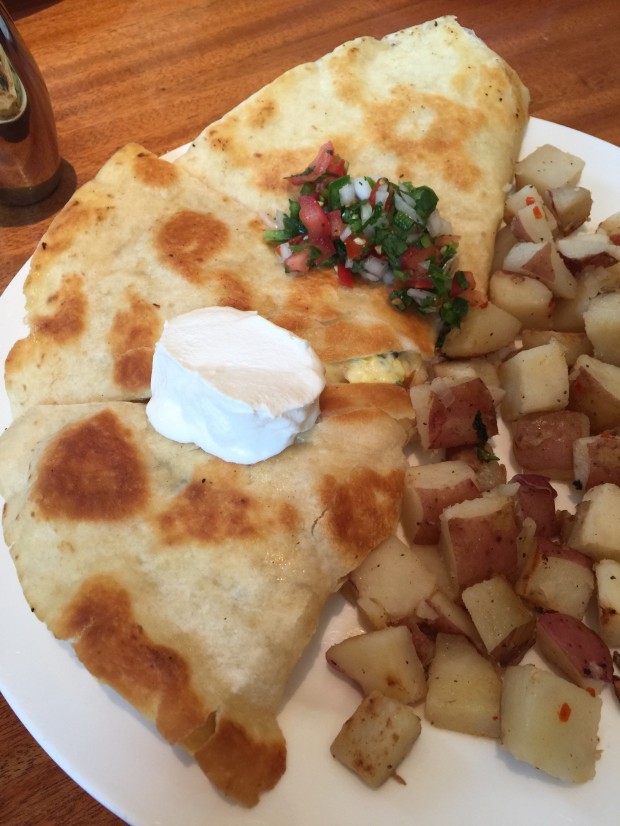 The entire weekend was abnormally cold and rainy. What is this sorcery? 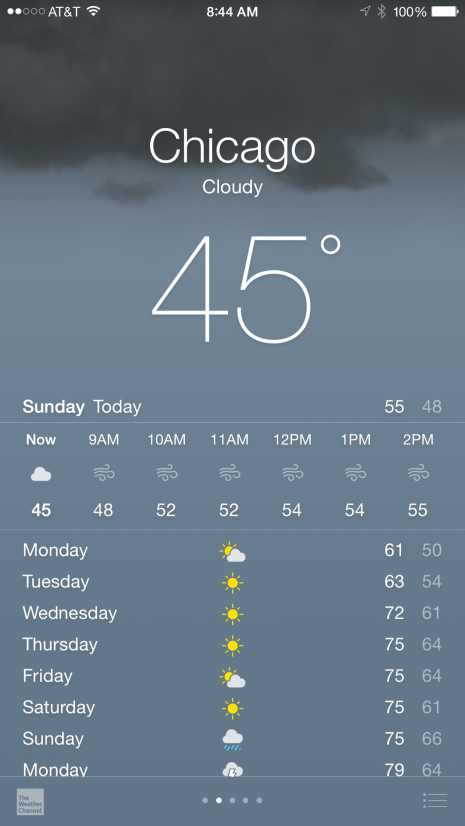 Neil and I bought tickets to see John Mulaney at the Chicago Theater back in March and Saturday was the night. If you aren’t familiar with John (we are on a first name basis now), you must remedy that. I wanted to link to a video, but apparently there aren’t any of his special New In Town. It is on Netflix, though, so if you have access to that you would be doing yourself a great service by watching it.  The audio is great, but you get the full effect with the video.

ANYWAY, Saturday’s show was taped as his second live show and will also be available on Netflix at some point in the future. As expected, it was hilarious. This was also the first time we had actually been inside the theater despite walking by it all the time.  It was gorgeous inside. 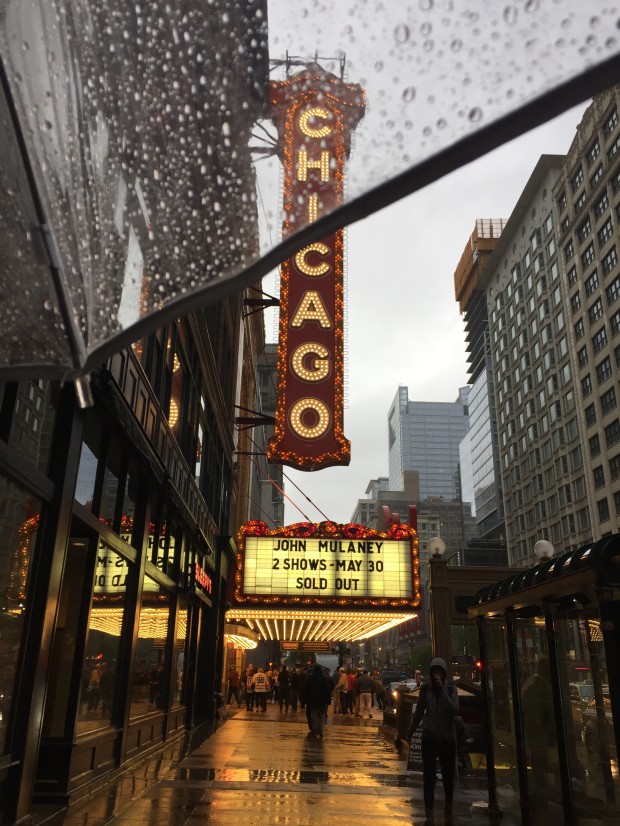 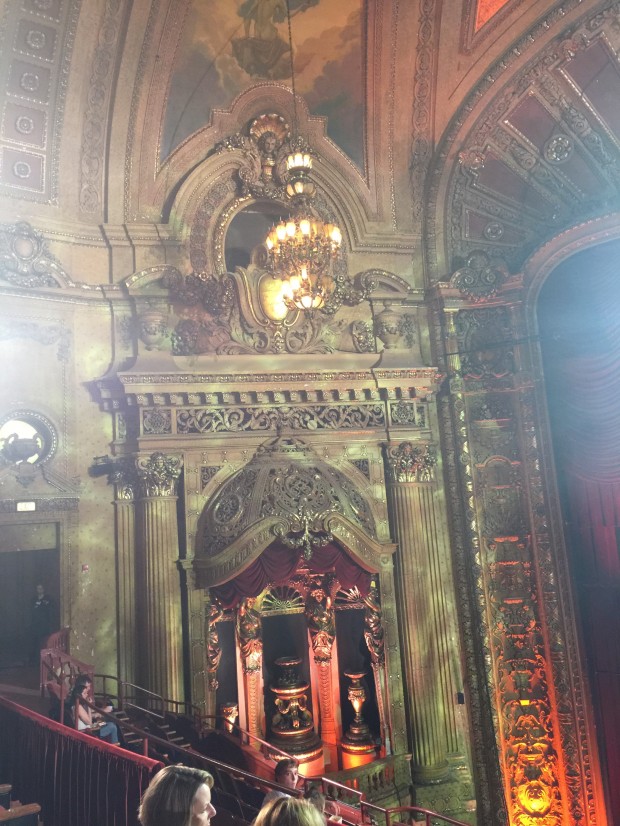 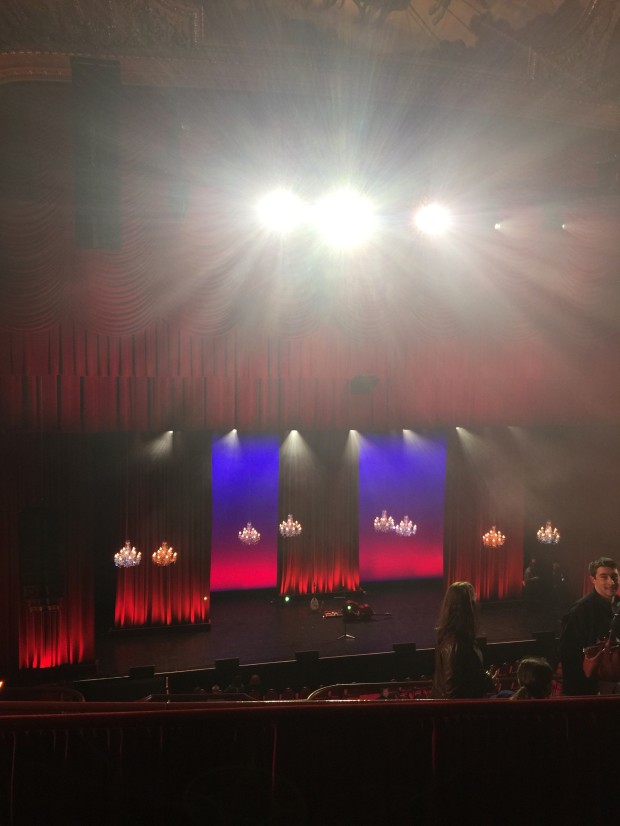 Not as gorgeous as this picture though: 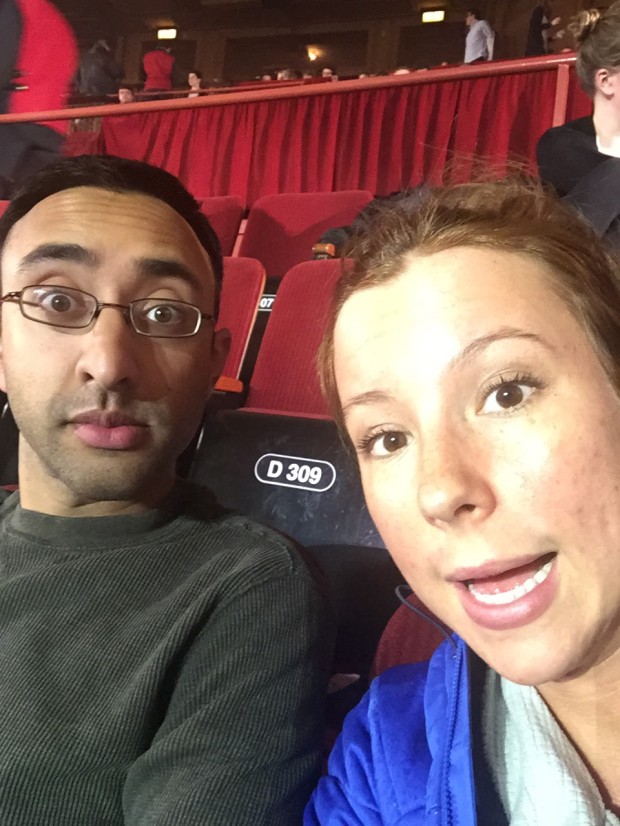 Sunday morning I headed back to Hardpressed since I am a glutton for punishment. My neck has been feeling better, so we were able to work on both upper and lower body. I’m not sure why I was dragging so much, but by the end I legitimately thought I might throw up. It wasn’t as bad as my first time there, but it was close.

I have 4 more sessions in my new client package that I have to use up by June 9th. I should be able to get them all done, but I also have a lot of blog-related fitness events this week, so hopefully things don’t get too crazy. 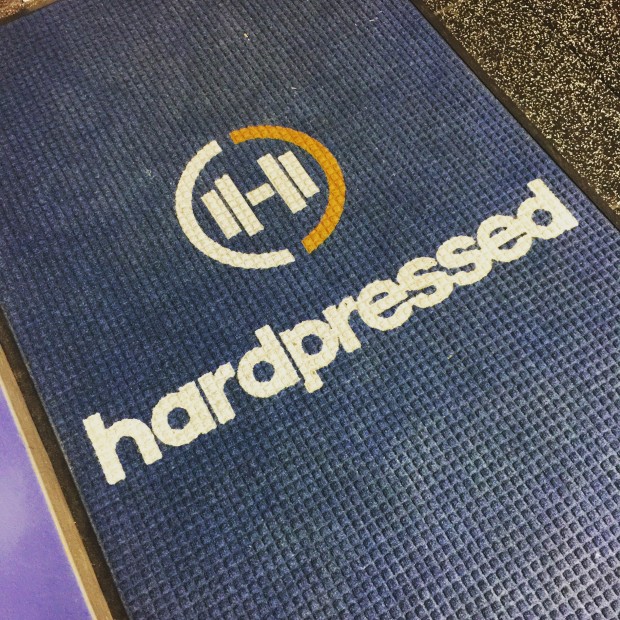 Sunday afternoon after an exciting round of laundry, I watched the new Kurt Cobain biography “Montage of Heck.” It got really good ratings on Rotten Tomatoes and I agree it was pretty well done. After that, Neil and I ordered pizza from a place that Matt recommended to us called Jet’s. I approve. 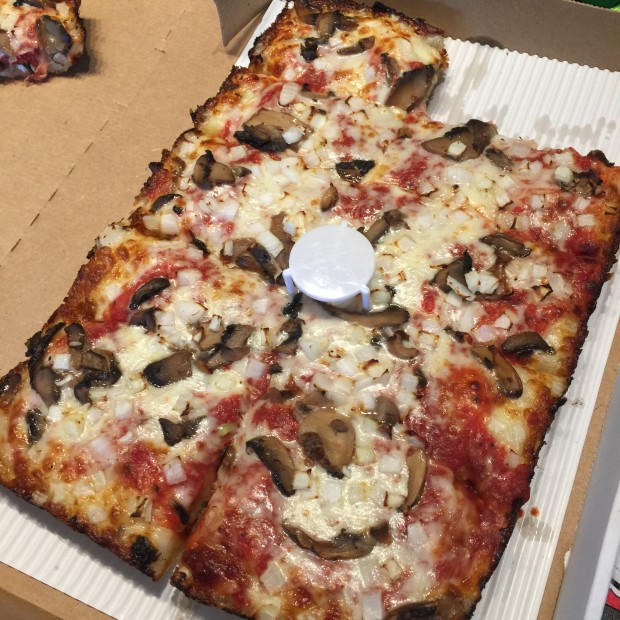 The rest of the evening was spent with a pen and paper as I planned out blog ideas and how I want to restructure things now that my certification is official. I had a pretty laid back weekend, but I have a lot to get accomplished this week. I hope you had a great weekend and I will see you tomorrow!

Linking up with Erin!

23 comments on “The Weekend I Became A Certified Personal Trainer”