The Weekend The Sun Came Out

This weekend was another weekend of opposites, but this time it’s not my activity level we’re talking about. I was out and about both days with very different weather conditions. Compare and contrast, my friends:

Saturday was cloudy in the 50s and 60s. I went stand up paddleboarding (SUP) for the first time on Lake Michigan as part of a media event put on by Crosstown Fitness. You may remember that it was originally scheduled for a few weeks ago, but had to be rescheduled due to weather. I have to say that this weekend was not much better as I set out for our 9 am meeting time in a temperature of 57 degrees. 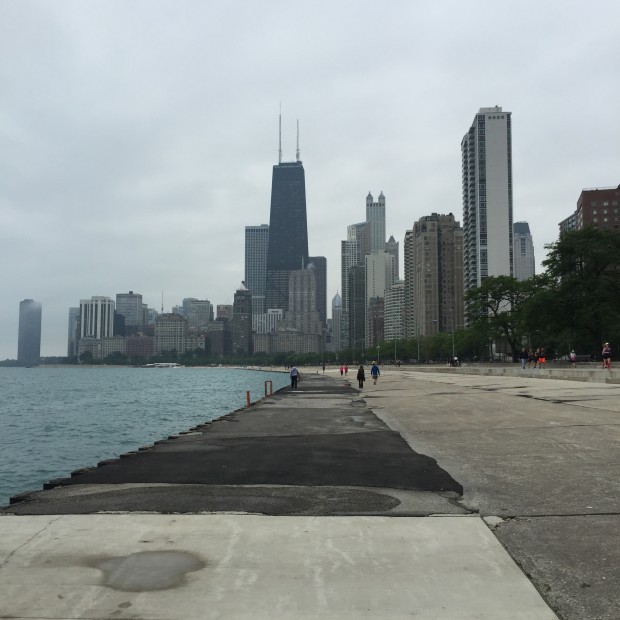 I only have one picture since I wasn’t about to bring my phone with me on the paddleboard. Thankfully I didn’t fall in, but I was terrified the entire time because the water was so choppy and the temperatures were not conducive to toppling into the water. 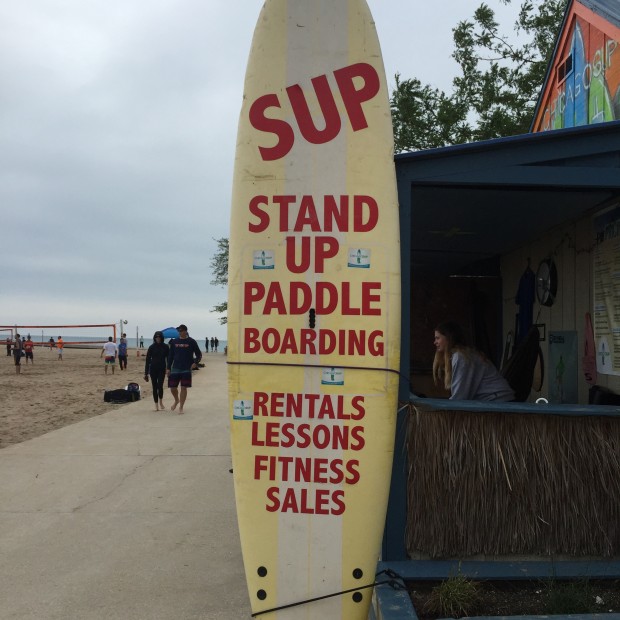 I had an awesome time and when we wrapped up at 10 am I hurried back to the theater to see Jurassic World with Neil. Has anyone else seen it? Definitely recommend.

After the movie I saw a picture of waffles which meant that I must have some. We walked up to Hashbrowns which was recommended to us by our friend Matt. I was slightly confused because the “butter” they gave me tasted more like ice cream, but hey, I’ll take it. 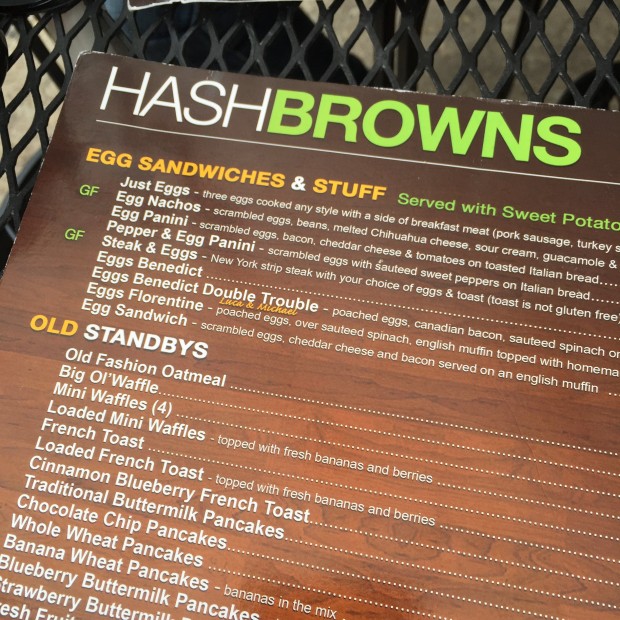 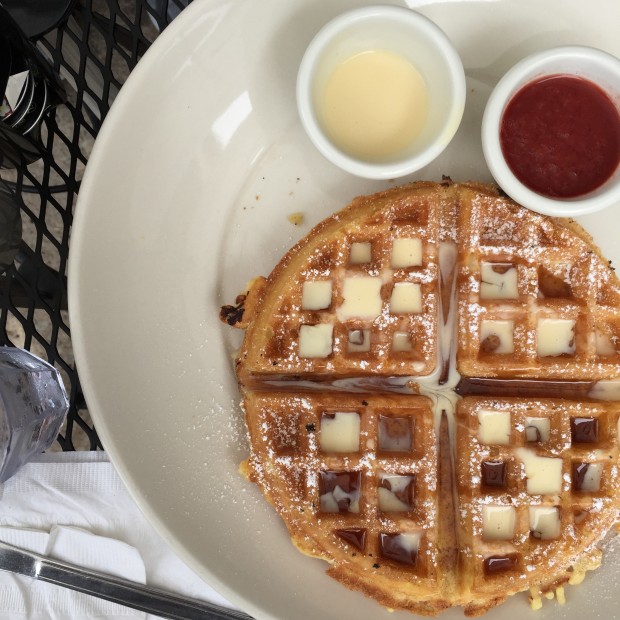 I was trying to account for the rest of the time on Saturday but then I remembered that I passed out on the couch for 2 hours. Whoops. I made a Blue Apron dinner and settled in with Stephen King’s memoir on writing (affiliate) until it was time to sleep.

Sunday Neil and I woke up to a much different day. We made pancakes and eggs for breakfast and then I got ready for paddleboarding trip #2. Since I had already mastered the cold, choppy water of the day before, I knew it would be a breeze. Jeana had originally organized the trip and we were supposed to roll 7 deep into the clear waters of Montrose Harbor. 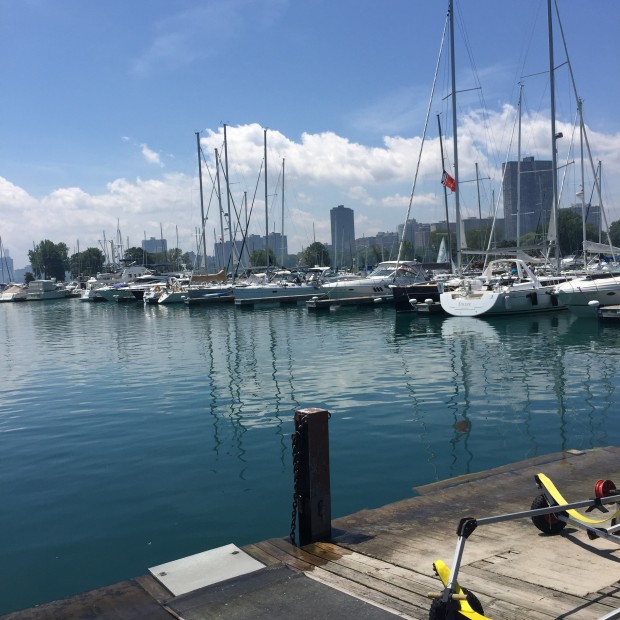 Unfortunately, Chicago had different plans for us. I actually took my car out to drive somewhere besides Costco because I knew of a large parking lot near the harbor. Apparently when the weather is nice in Chicago, people want to stop hibernating and do things like be active. Or do a color run.

Due to the latter, both exits that I needed to use to get to my beloved parking lot were closed and I had to scramble to find parking somewhere. Note: unanticipated events like this do not make me a happy camper. I wasn’t familiar with the area and I start to panic when I may be late to things.

Finally, I stumbled across a public parking lot and paid $16 to park for a couple hours. My wallet cried a little. I hurried over to the harbor and after waiting with Patty for awhile found out that Jeana’s whole crew were directed even further north and the timing wouldn’t work for them to get down in time. Patty and I headed off into the sunset, just the two of us (we missed you guys!). 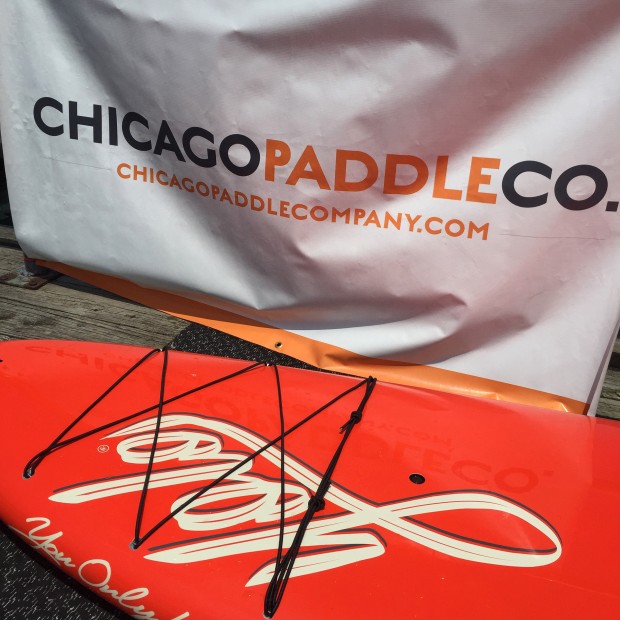 This time out on the paddleboard was great. We stopped at three different times to do some cardio and resistance circuits on the board. There were resistance bands attached to the board that allowed us to do bicep curls, squats, and rows. We were even doing pushups and mountain climbers on the boards at one point. Basically, we were awesome. 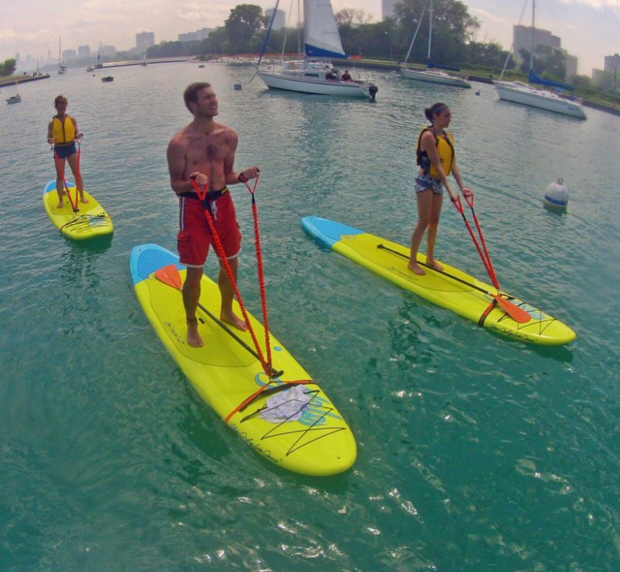 I also got a great sunburn which I love because it’s just enough that will turn into tan but not too much that it will peel. Well played Chicago.

I loved being out on the water because it reminded me of home. It was still a little cold in the actual water but after we had been out in the sun for an hour it felt incredibly refreshing!

After paddling, Neil met me and I drove to Devon Ave. The original plan was to shop for Indian clothes for a party next month and eat at our favorite Indian place, but we ended up only completing one task. 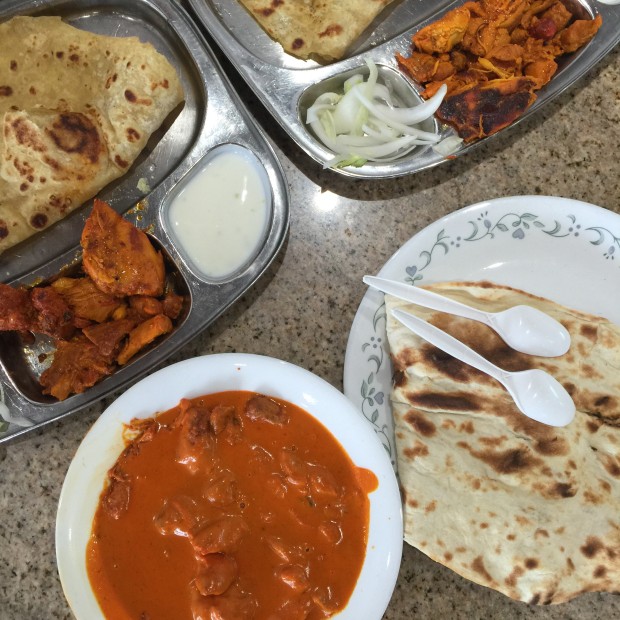 I wasn’t able to find anything that I wanted to get, but I was also tired and burnt and I don’t think I had enough patience to shop. Shopping is a big drain on me anyway, so having lots of people flock to me and throw sparkly clothes my way can get a little overwhelming.

I did find a little bit of turmeric though if anyone needs any. Because I know someone will ask, no, it’s not $0.99. 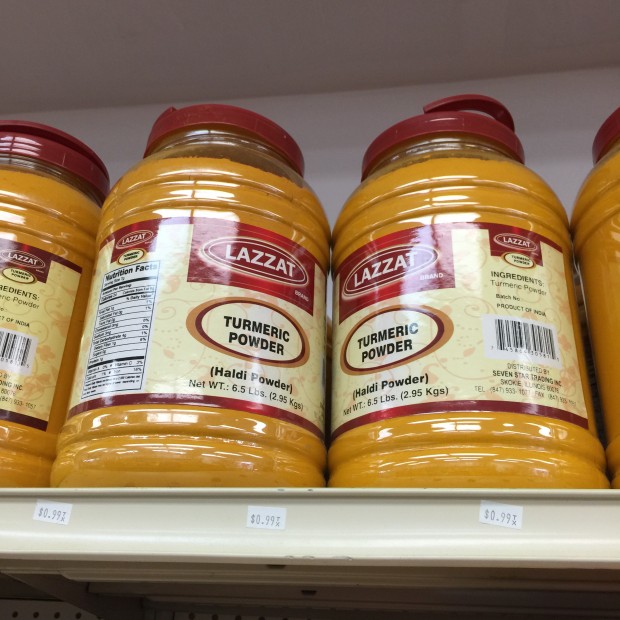 After paddling and visiting India, we came home and collapsed on the couch with some movies. Perfect end to the weekend.

21 comments on “The Weekend The Sun Came Out”