I suppose with a title like that I should have a picture of a Christmas tree in this post, but that was one thing that was lacking from my weekend explorations. This week is pretty light for me, so I’m going to spend time teaching classes, relaxing, and exploring the city as much as I can. The temperatures are back up this week and even though it’s supposed to rain, I’m going to try and get all the warmth I can get.

Friday night I met Neil after he got off work and we enjoyed some time at the Christkindlmarket, a German and European open-air Christmas festival. Every year for about a month, Chicago takes over Daley Plaza with adorable booths that contain desserts, German foods, and all kinds of ornaments. 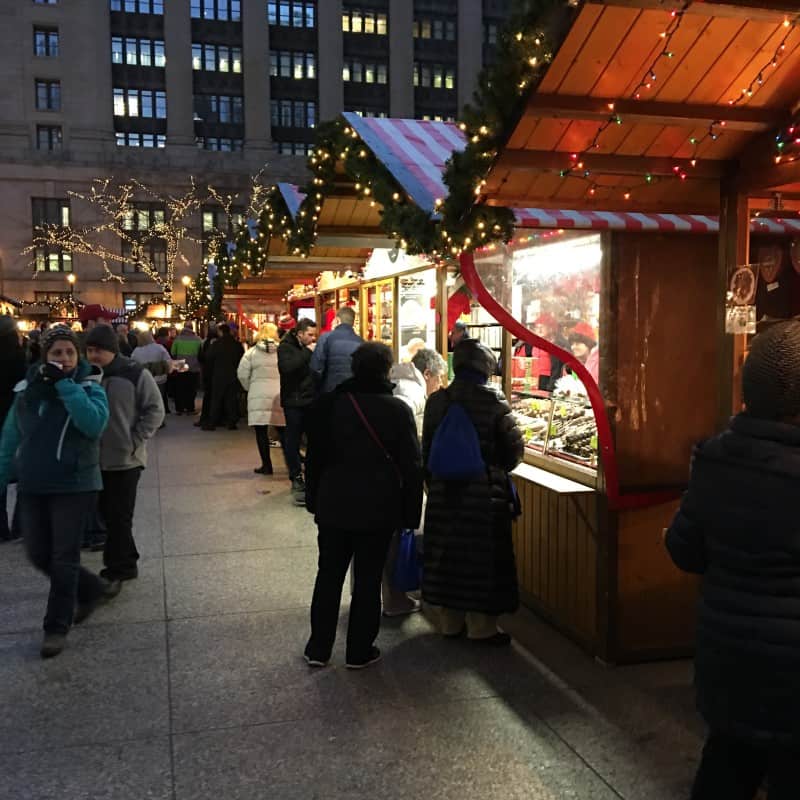 That pretzel closest to me was cheesecake flavored, and now I’m regretting not trying it out. 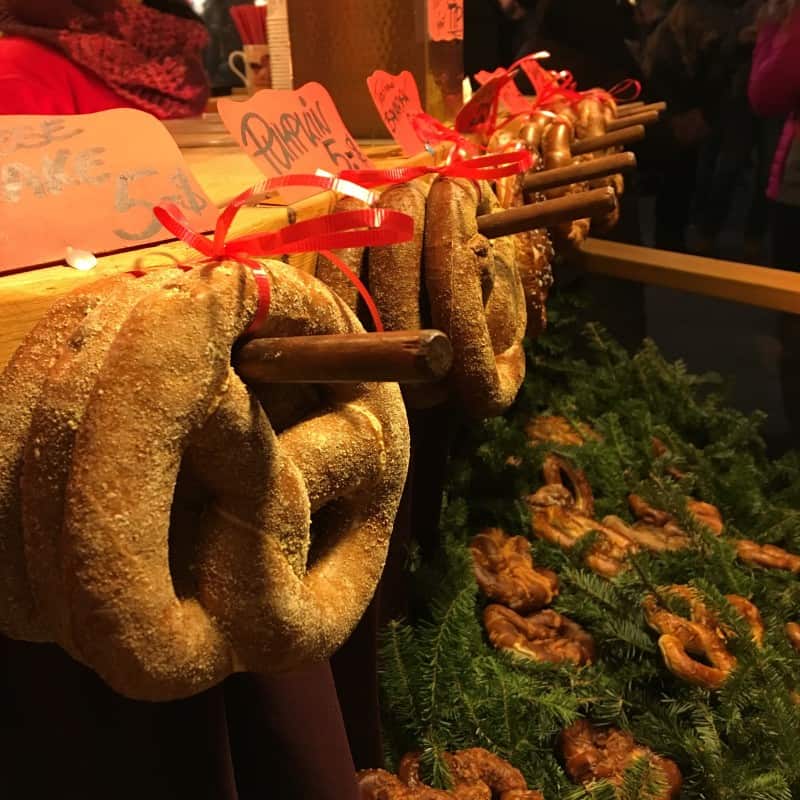 Saturday I decided that I wanted to explore the city even though it was one of the coldest days so far. There were some places in the West Loop that I wanted to go, so we decided to take a nice long walk through the city.

Here’s the Chicago Lyric Opera building. Maybe one day I will be fancy and go there. 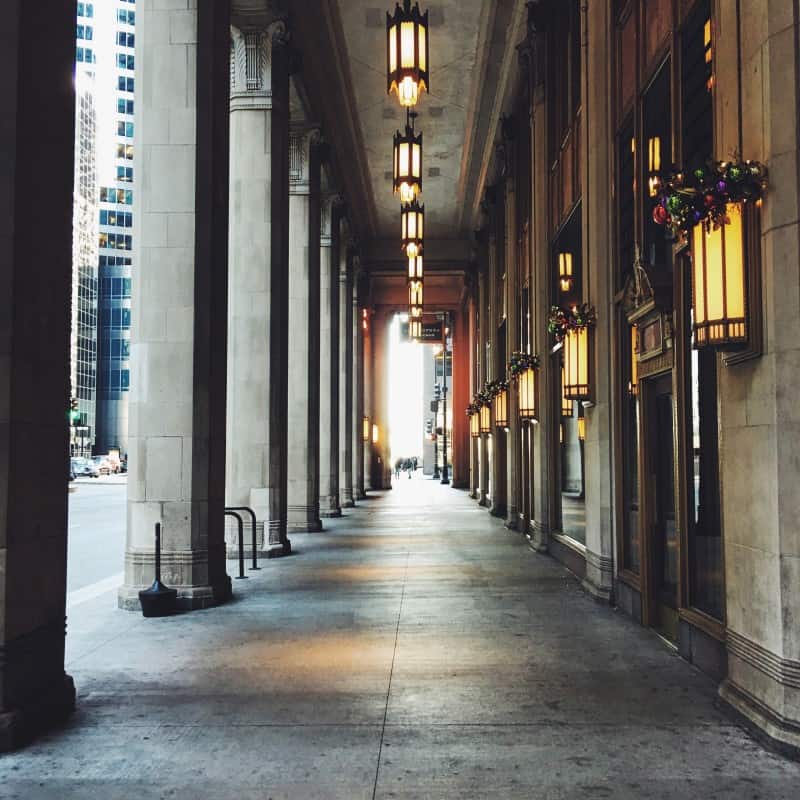 It was in the high 20s when we went out, so I broke out my early Christmas present from Neil—a Canada Goose coat. This is the warmest thing I have ever worn and thankfully it goes all the way to (almost) my feet since I am always freezing cold. 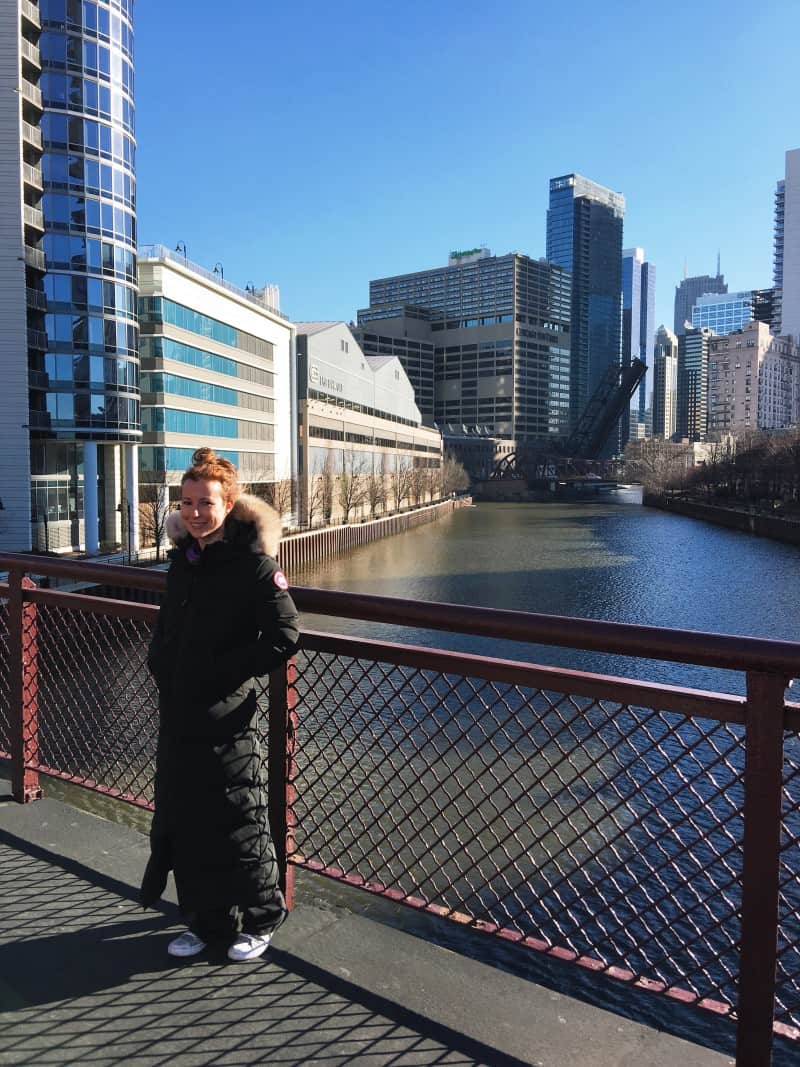 I HAVE A HOOD! My old coat had a very poor excuse for one that didn’t even stay on my head. 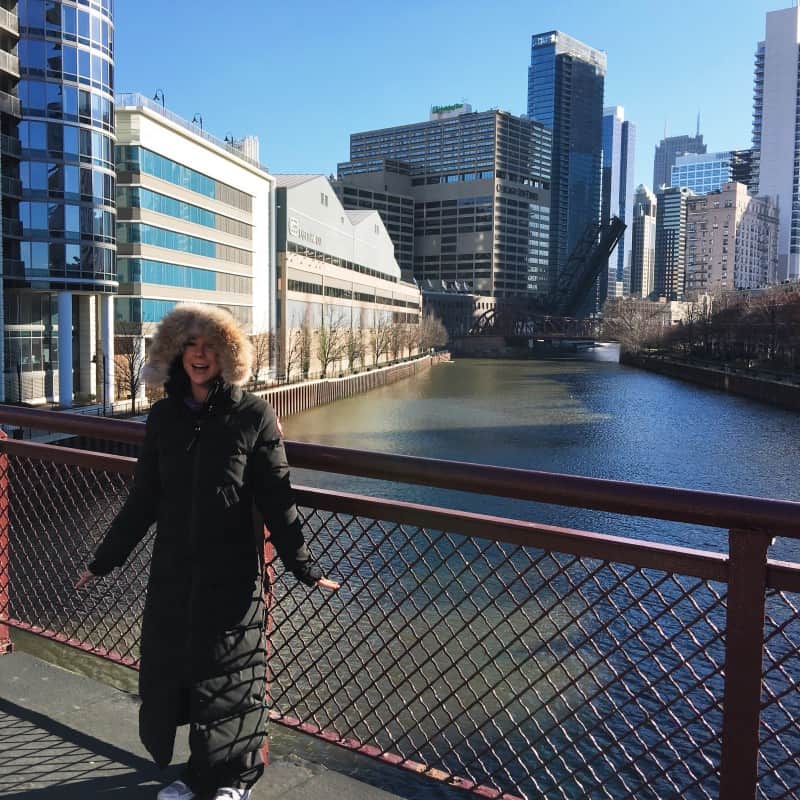 We stopped at Walmart to pick up some things for tomorrow’s post and then headed to Green Street Smoked Meats, my favorite place in the city for BBQ not only because it’s delicious but also because the ambiance is magical. 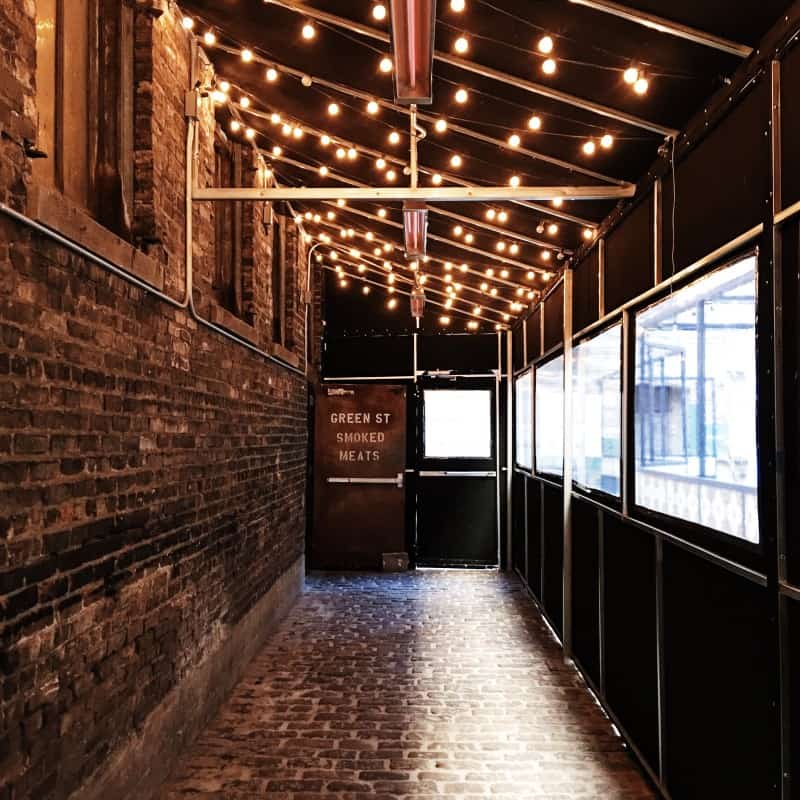 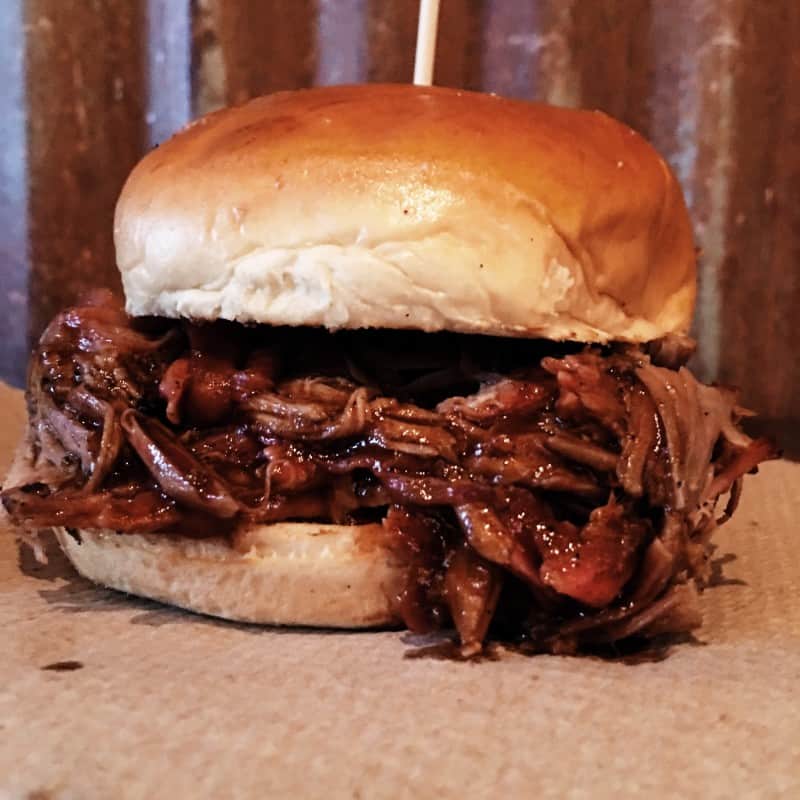 What I had really set out for was this green tea latte from newly opened Sawada Coffee. It’s attached to Green Street, so after lunch I just went up some stairs and got this beauty. I’m not even a huge green tea fan, but this was really good. 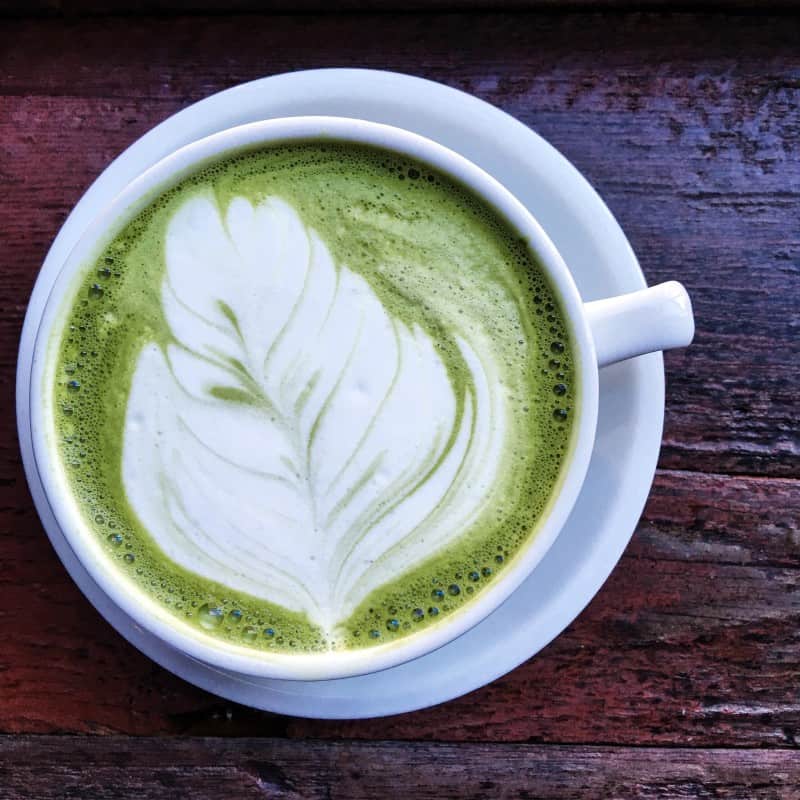 On our walk back, we passed by The Salvation Army. At first we were going to keep walking, but then I realized the gold mine that could lie in wait for me inside in terms of photo props, so we stopped in. 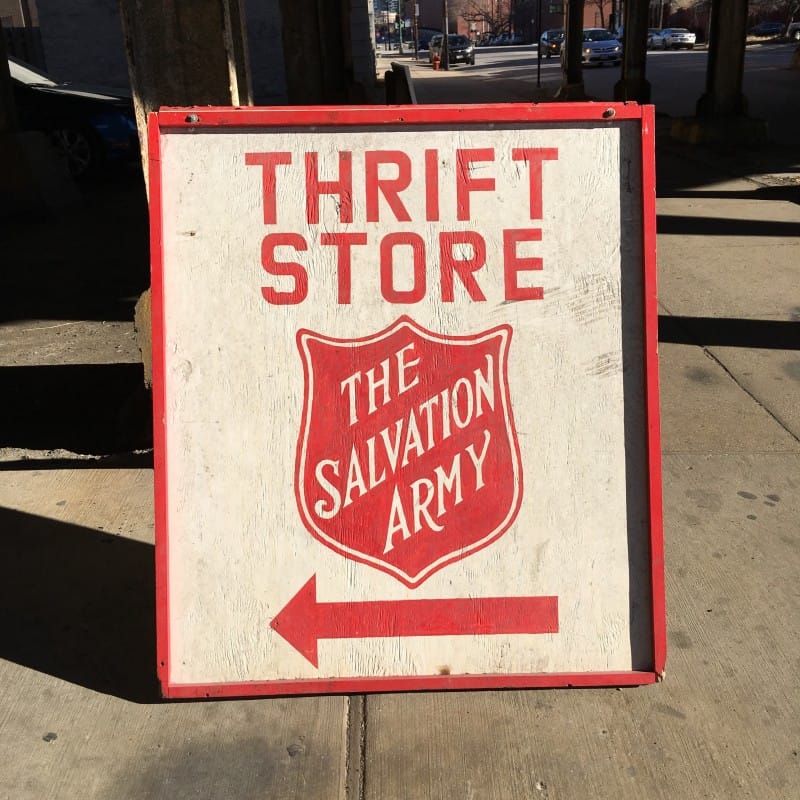 I got all of this for $8.50 (2 mugs not pictured) and it made my day. Along with Marshall’s like I mentioned on Friday, if you are looking for photo props, add thrift stores to your list! 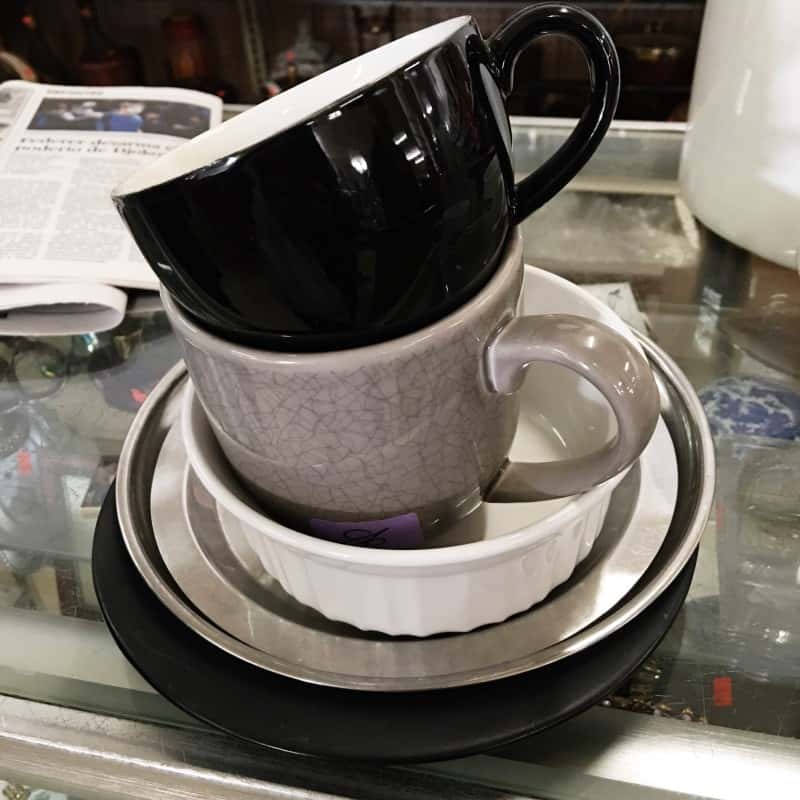 After dropping everything off at home, we headed to the theater to see Spectre. I know, we probably should have been in Star Wars, but I’m going to wait a bit for that to die down.

On the way home we grabbed some salmon and I also made pasta with marinara and mozzarella. Second filet not pictured 🙂 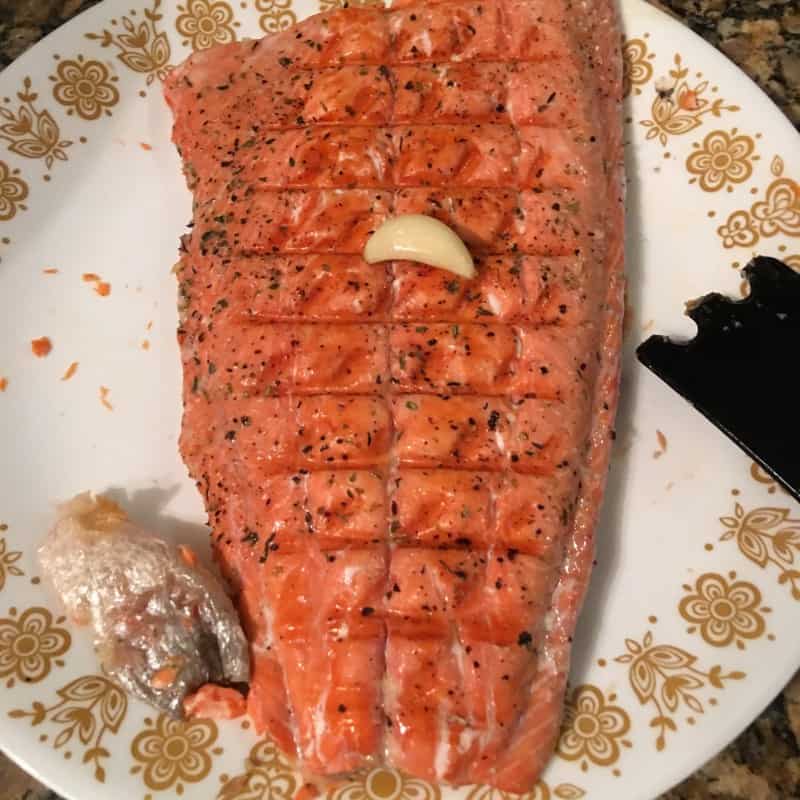 Where Saturday was full of adventure, Sunday was its polar opposite. I slept in, made breakfast, drank a lot of tea, cleaned up some, and lounged around for most of the day. I have no pictures because I didn’t even leave the house. I hope all of you had at least one day like that 🙂