This weekend was AWESOME. First, it was filled with an amazing photo and video shoot at work and then eating all of the food I’ve been dreaming about for a month. Let’s get right into it, shall we?

Saturday afternoon we all met at Sweat in preparation for our first group photo and video shoot. Friday morning I went to Benefit to get a spray tan which was AMAZING. This was the first time I had had an actual person spray me and I would highly recommend the experience to anyone. Now if I only had the funds to do it on the regular…

We were pumped for picture time so we took random pictures. 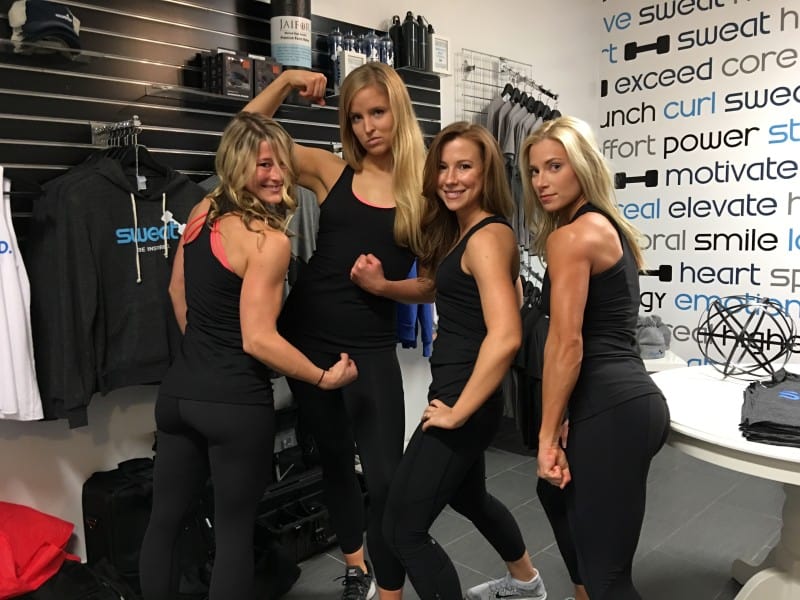 Lauren and I took a selfie while we were waiting for our turn. I need to buy her a new computer so she can get back to blogging. 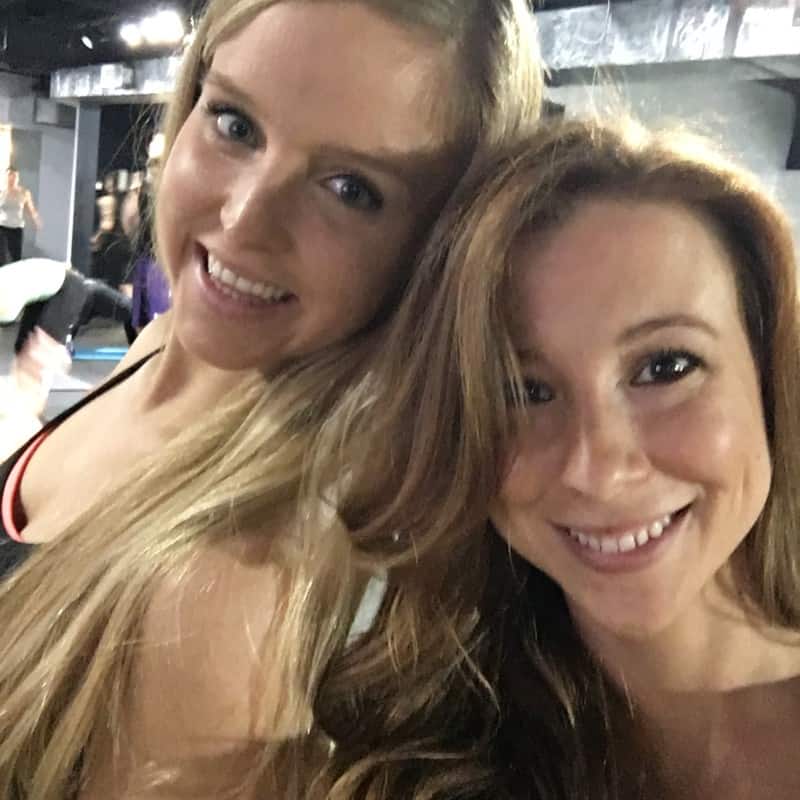 We won’t get the actual shots for awhile, but being the good blogger I am, I forced other people to document. First we took some headshots and afterwards we used props to get some action ones. 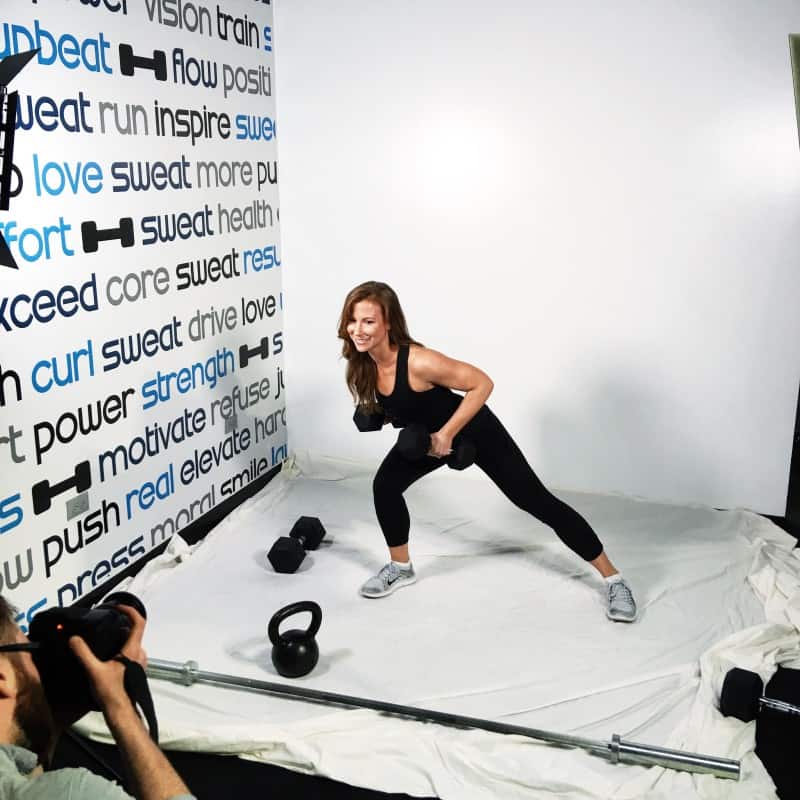 Here’s a glorious outtake. I didn’t want to hold this kettlebell anymore. Those lights were hot and the bell was heavy. This will be my new profile picture. 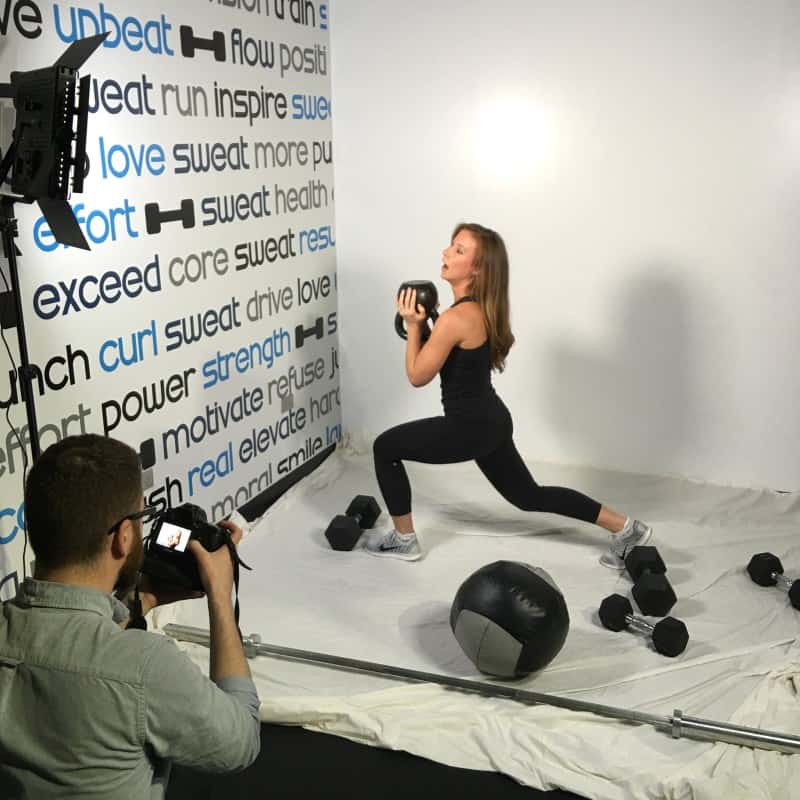 Group shot at the end. I don’t have any footage of the video shoot, but after our photos were taken we did a full high-intensity workout. Definitely the first time I’ve done that in full makeup and hair. 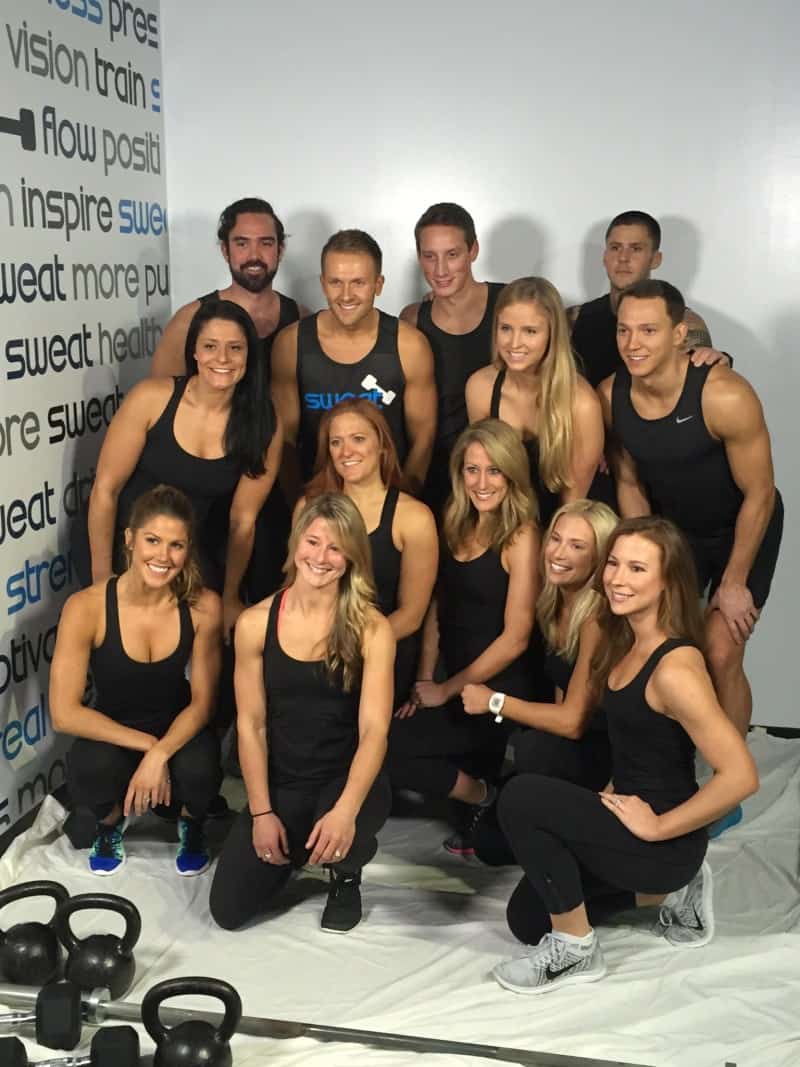 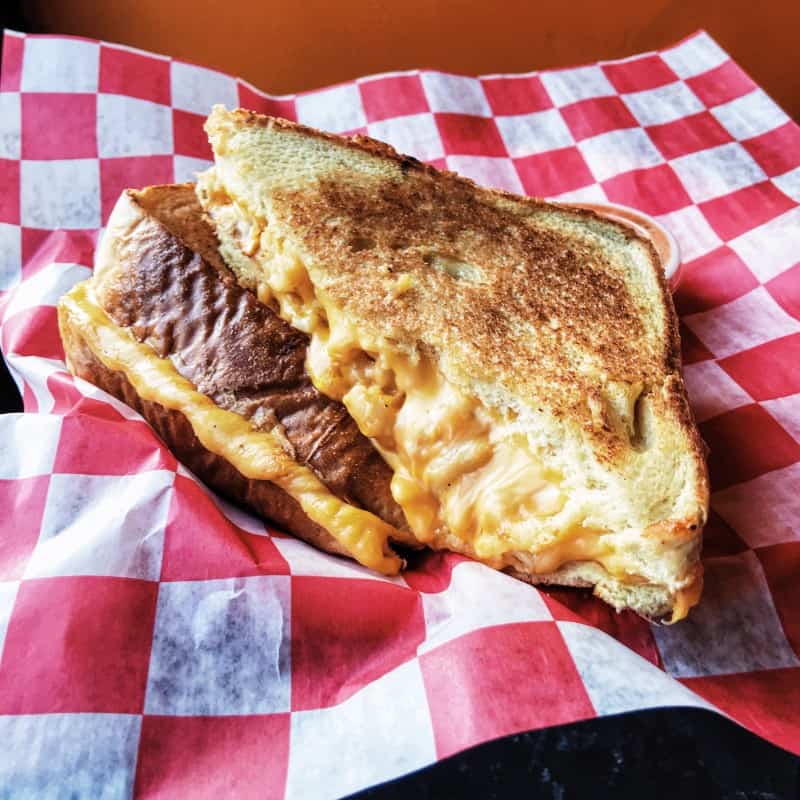 On the way home I needed to stop at Whole Foods and we found a gigantic amount of salmon on sale. 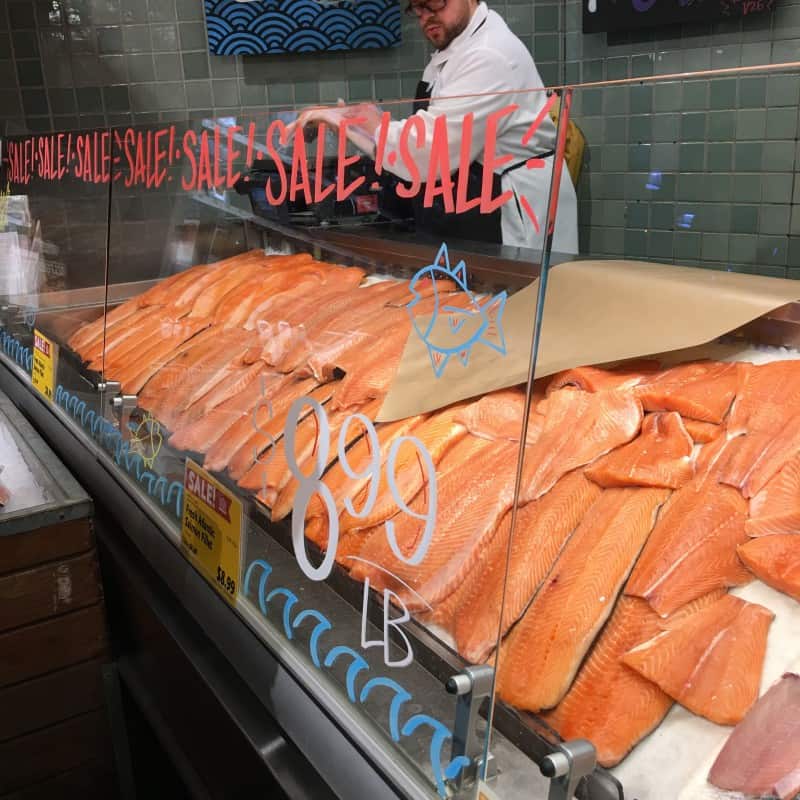 So we bought over 2 lbs. We ate about half of it and then some more for dinner Sunday night.

Yes, that is a chocolate chip cookie in the background from Whole Foods—my favorite kind. Neil insisted I get it because “later Erin” would wish she had. He was right. 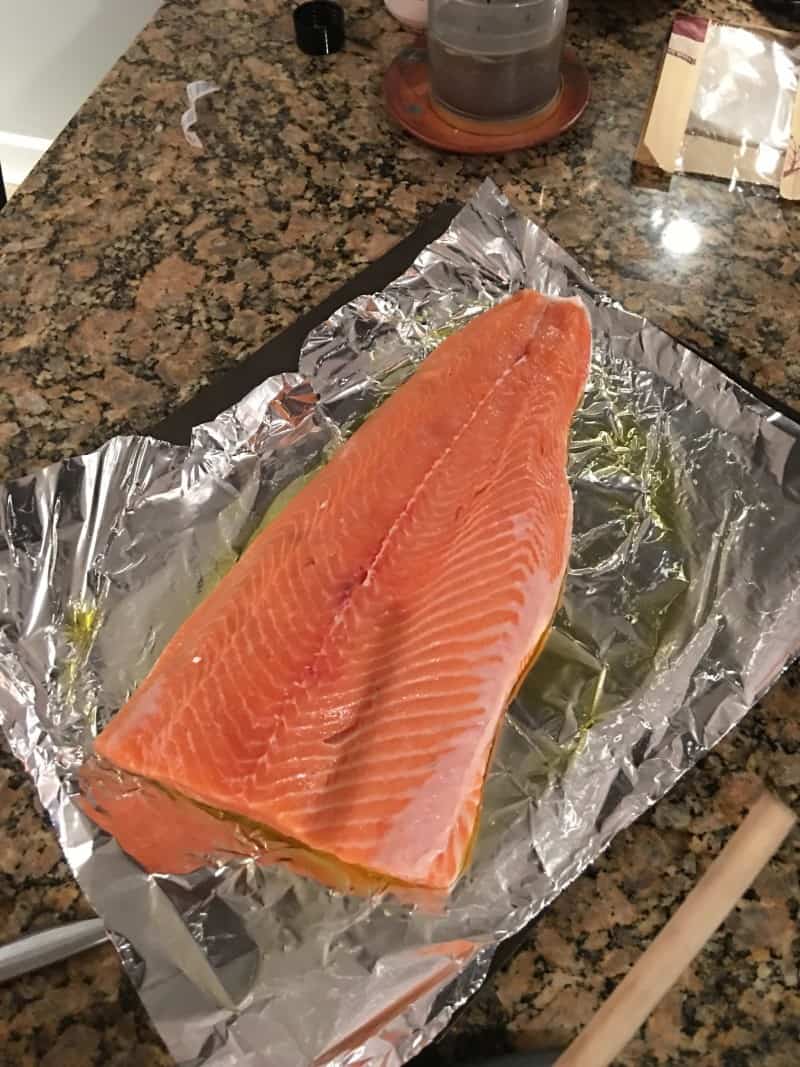 After seeing my mac ‘n cheese sandwich for lunch, Neil decided he wanted old school Kraft mac ‘n cheese. I made the mistake of sending him to the store by himself (always a mistake), and he returned with every variety they had because he needed to do a taste test.

Thankfully, he only made two and we will probably never make the other ones. 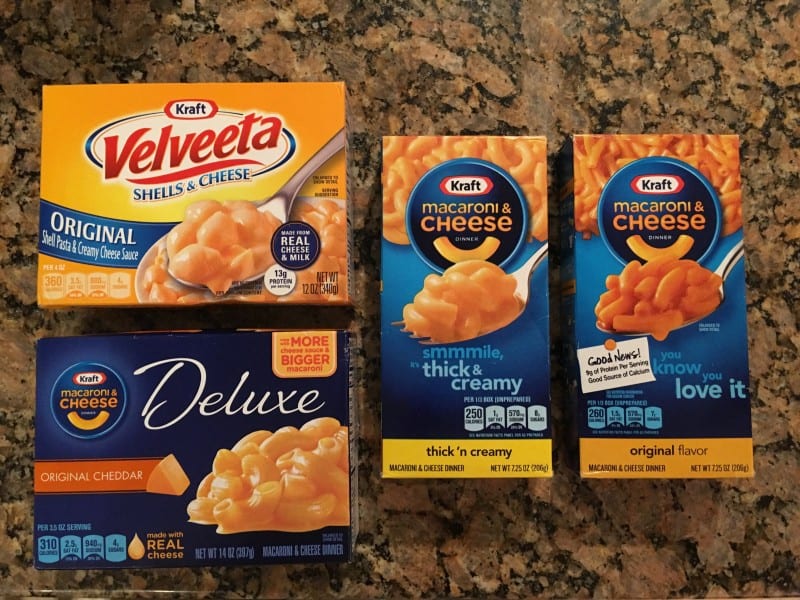 We watched a couple movies (and I ate a lot of Skittles), including one called The Visit by M. Night Shyamalan. I watched it because I enjoy his movies, but for some reason this one really creeped me out. I’m only saying that because movies typically don’t do that to me. I have no idea why it freaked me out so much, but I did call the twist which I’m proud of because his are usually pretty wacky.

I slept in, made a normal breakfast of three scrambled eggs and tea, then researched with Neil where we should go for a burger. We have already been to many of the top recommended spots and we wanted to find somewhere new.

We settled on DMK Burger in Lakeview and it did not disappoint. I got their version of a Big Mac (which I’ve never even had in real life), and it was incredible. I had to eat it with a fork and knife. 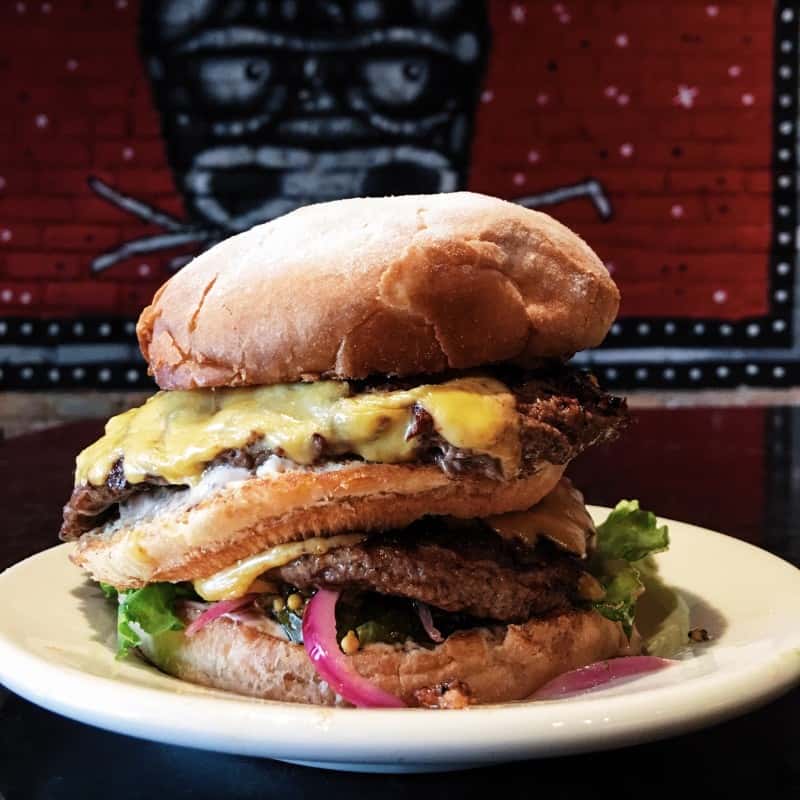 After burgers, I wanted to find dessert because I have gone totally out of control, so we went to The Twisted Baker. I hadn’t tried it yet, but it got good reviews. They have sandwiches and desserts ranging from cupcakes to cookies to macarons. I settled on this red velvet cheesecake and finished half of it. Then I rolled myself to the train. 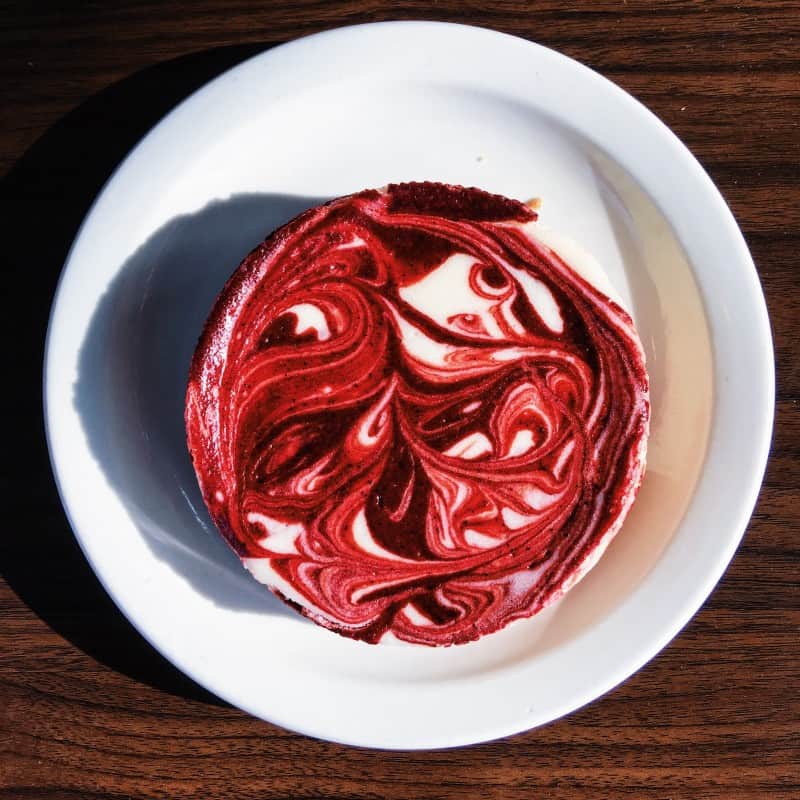 I reflected on the past couple weeks of no dairy, grains, and minimal sugar and realized that I hadn’t napped much at all. If you’ve been reading for awhile, you know that most weekends I mention a nap at least once. Saturday and Sunday I noticed that I was yawning a lot more and Sunday I passed out for a nap as soon as we got home from dessert. I think I may write a whole post about my nutrition and some things I want to change.

After lunch, we watched the playoffs and hung out for the rest of the night. I went through my closet and made a preliminary selection to sell on Poshmark, so when I get pictures up this week I’ll make sure to let you know and you can raid my closet!

This week I’m teaching a bunch of classes and am meeting with a couple new potential training clients (yay!). It’ll be busy, but as long as I don’t eat sugar all day long I think I’ll be able to stay awake 🙂