Weekend in Virginia + Party at the Ritz

I have a lot of pictures to share with you today, so I may be limited in my words. As you know, Neil and I headed back to Virginia on Thursday to attend his annual holiday party. I ate all the food I can’t get in Chicago, visited friends, and had an overall great time!

Not much happened on Thursday. We arrived in the afternoon, checked into our hotel, and I made sure to grab some Tikka Boti rolls from Toosso, a local Pakistani place that I used to be obsessed with. 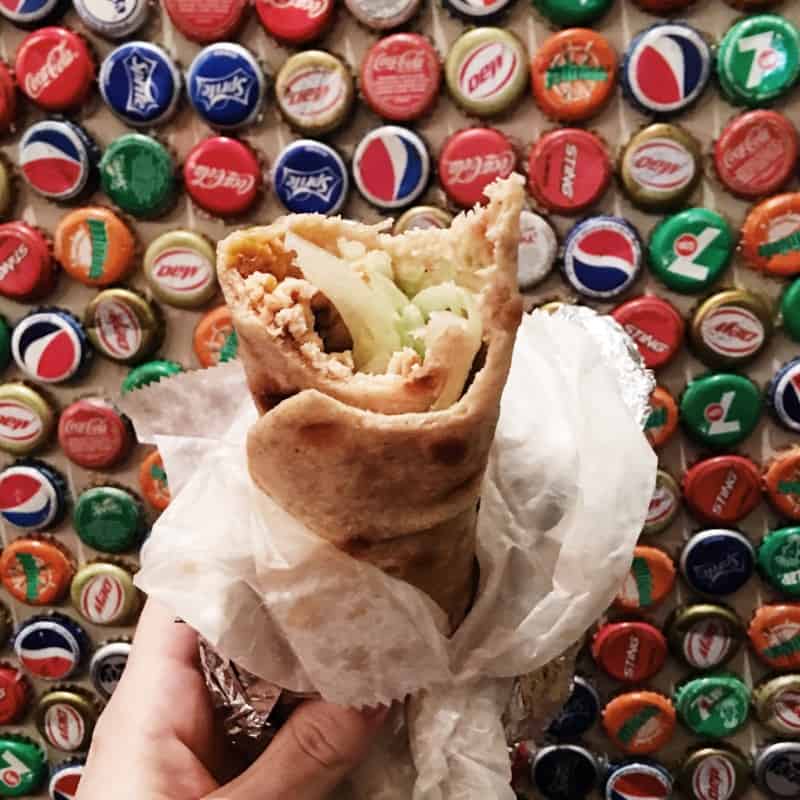 Neil had a work meeting all Friday, so I took the car and went just about EVERYWHERE in VA. My first stop was trying out a local CrossFit box at CrossFit North Reston. 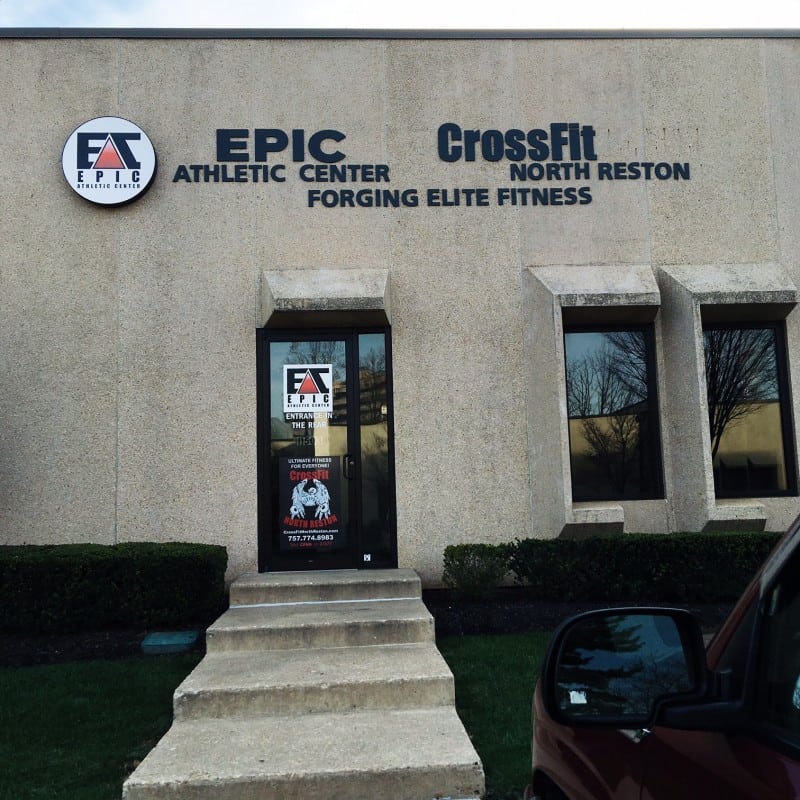 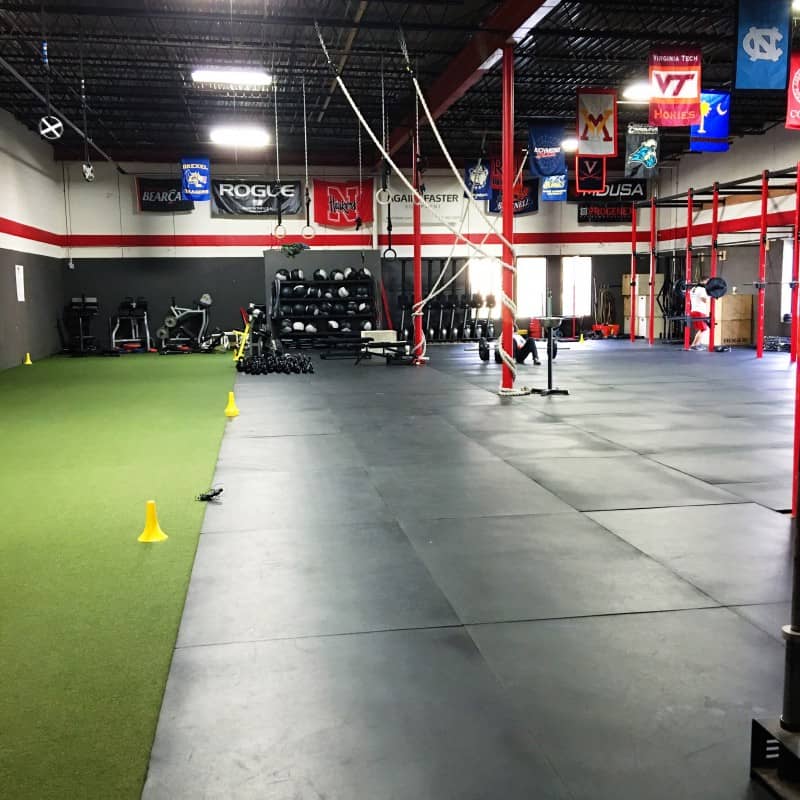 It was a great workout and everyone was really welcoming. My coach Brandon was awesome and even accommodated my excessive picture taking.  Plus I got to break in my new tank. 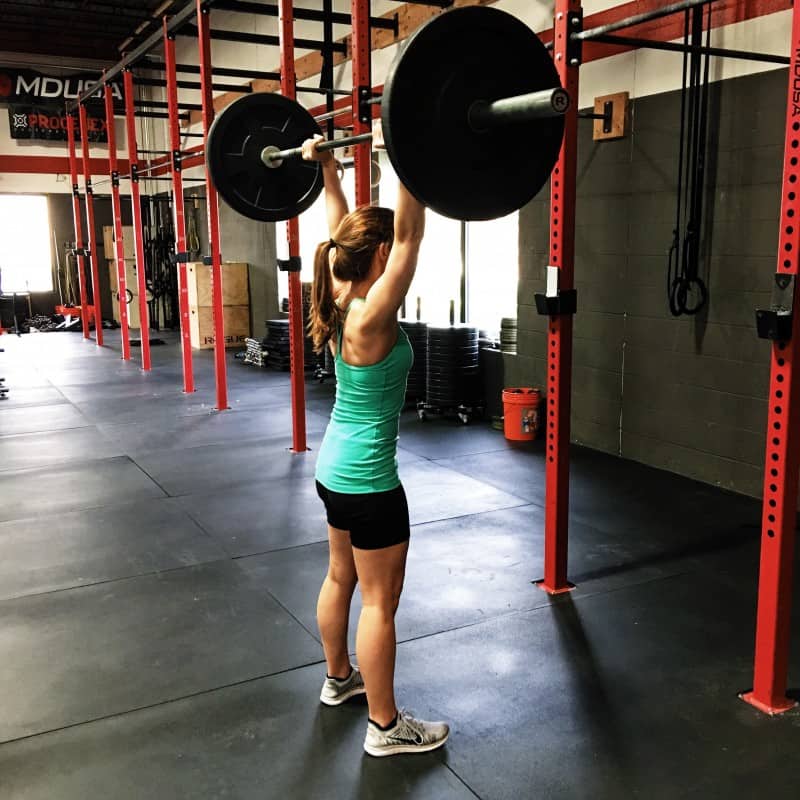 After my workout, I drove to my sister’s apartment to walk her dogs and spend a good 45 minutes snuggling with this creature. If you’re not aware of our long standing relationship, click here.

At first it was endearing. 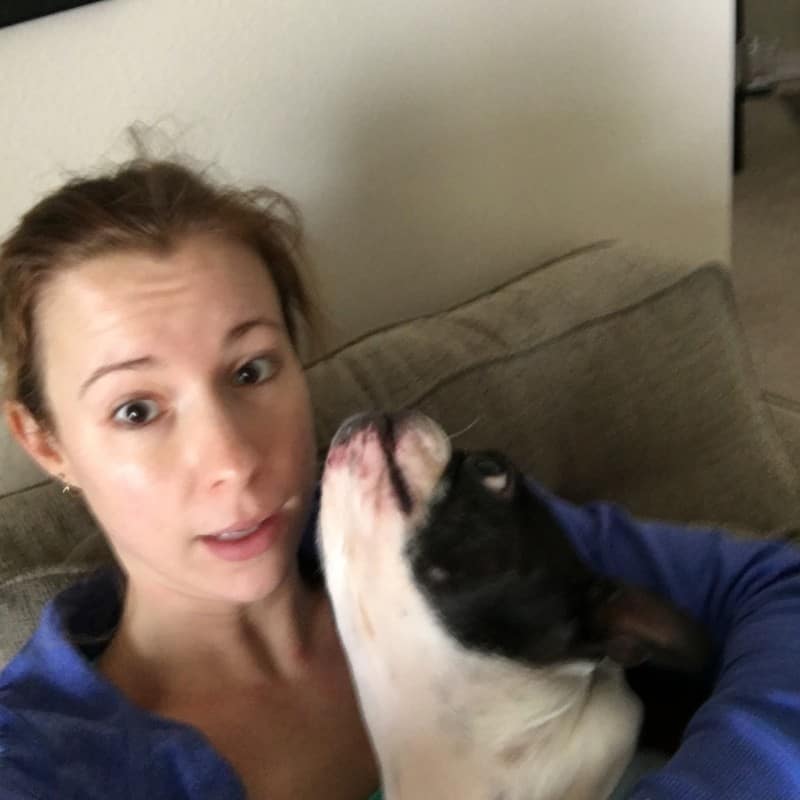 Then her tongue wound up in my mouth a few too many times. 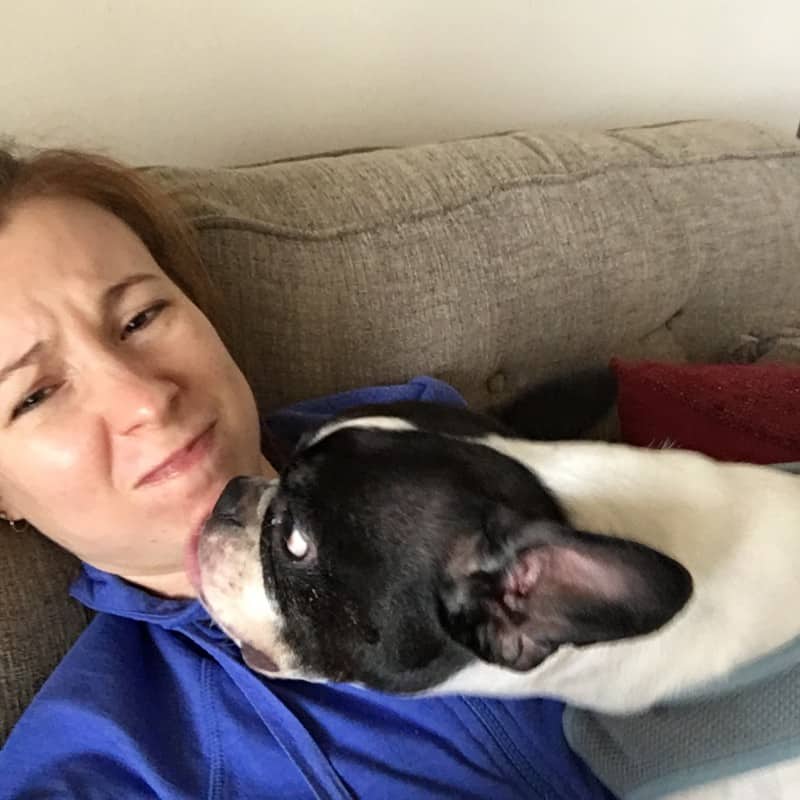 I left with some bruises and scratches, but I’m attributing it to her undying love for me. 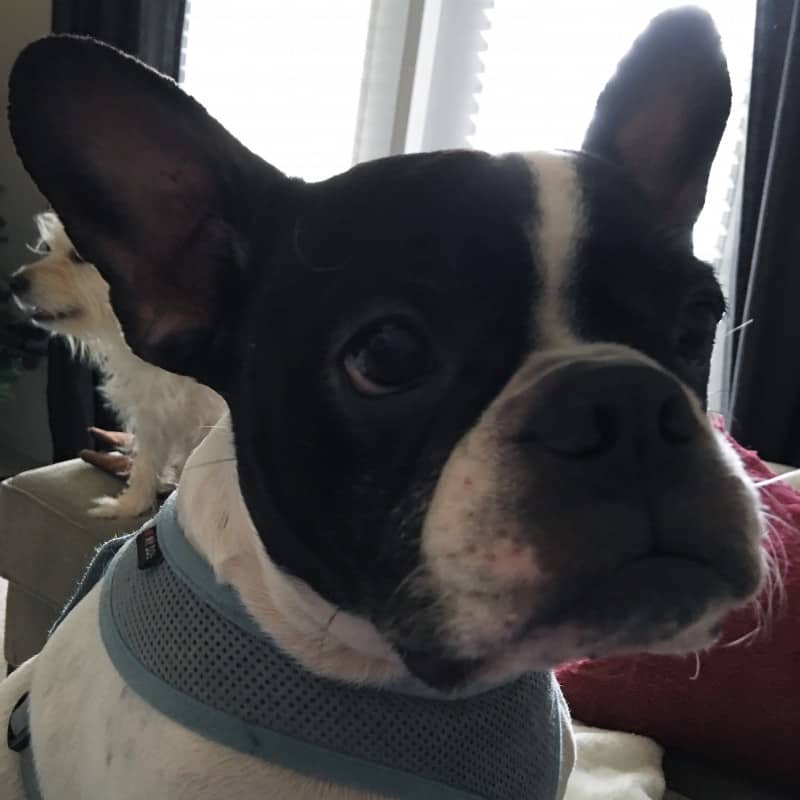 I mentioned on Friday that I was most excited to pick up my favorite cupcake, and here it is. If you’re in Virginia, Cupcakes Actually has two locations: one in Fairfax and one in Leesburg. This flourless chocolate cupcake is the most delicious thing ever. 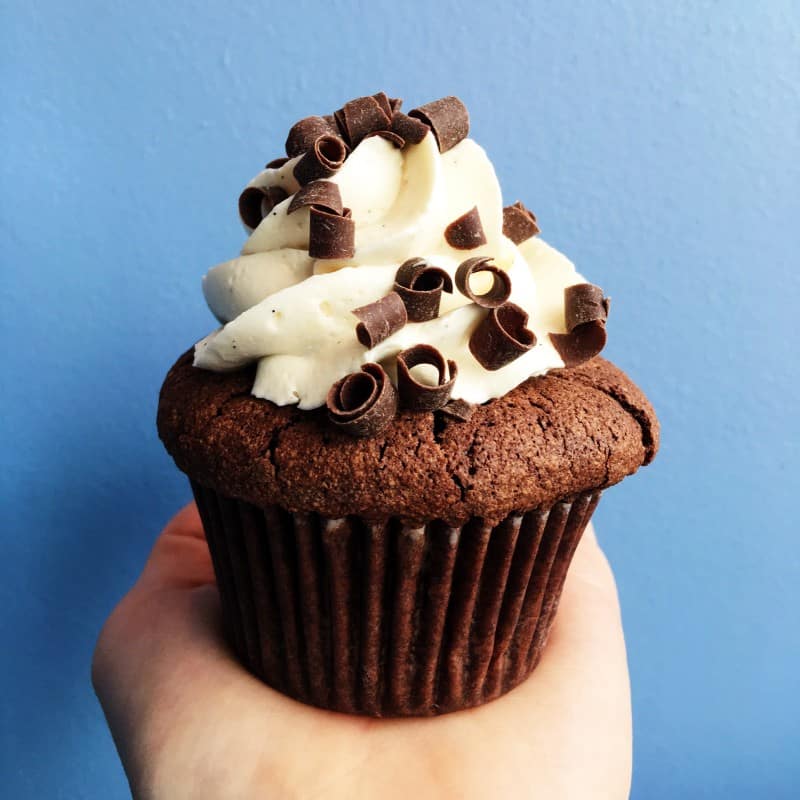 After cupcakes, I drove to meet my sister at her work in Chantilly so we could grab lunch. We had Thai food which then meant that I had to get mango sticky rice because it’s obligatory at Thai restaurants. 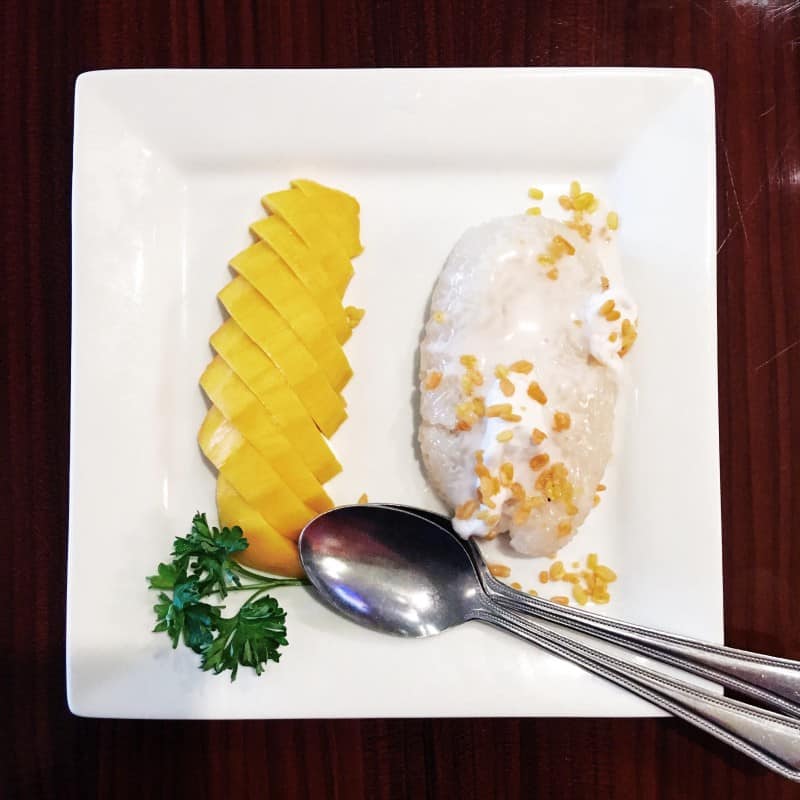 Next to the restaurant was a place called My Next Puppy which, you guessed it, is filled with puppies. Unlike most places that require you to come up with some elaborate puppy-purschasing story in order to play with one, we were told “you can play with all of them” almost immediately.

We chose what seemed like a docile one to start, but soon discovered an unending amount of energy and shoe-chewing. Again, dog tongues in my mouth. 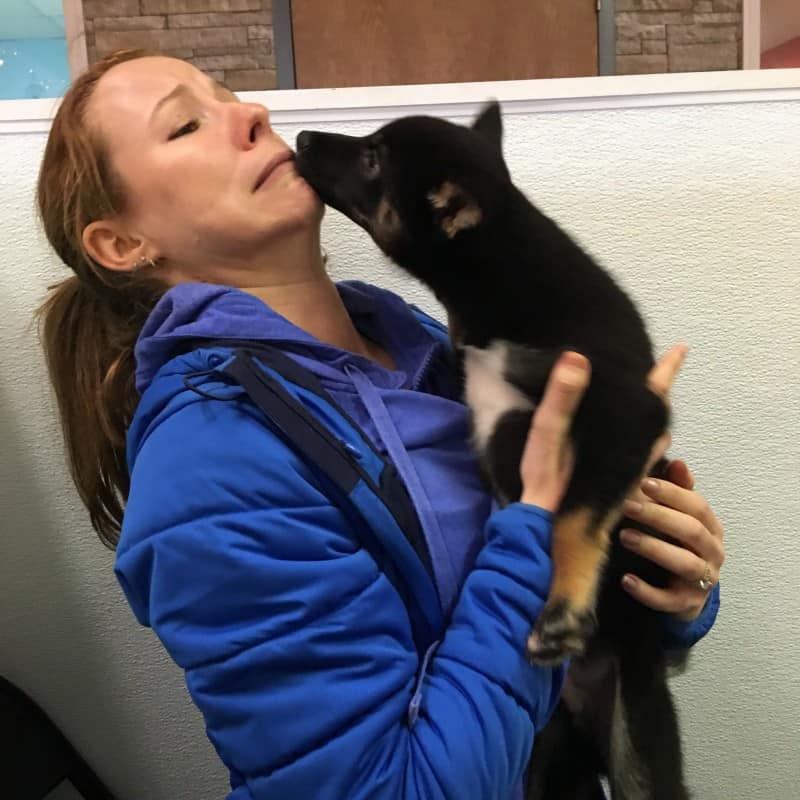 Next, we chose the French bulldog who had just woken up from a nap and was much more well-behaved. My sister told me it was time to go when I started to rock it like a baby. 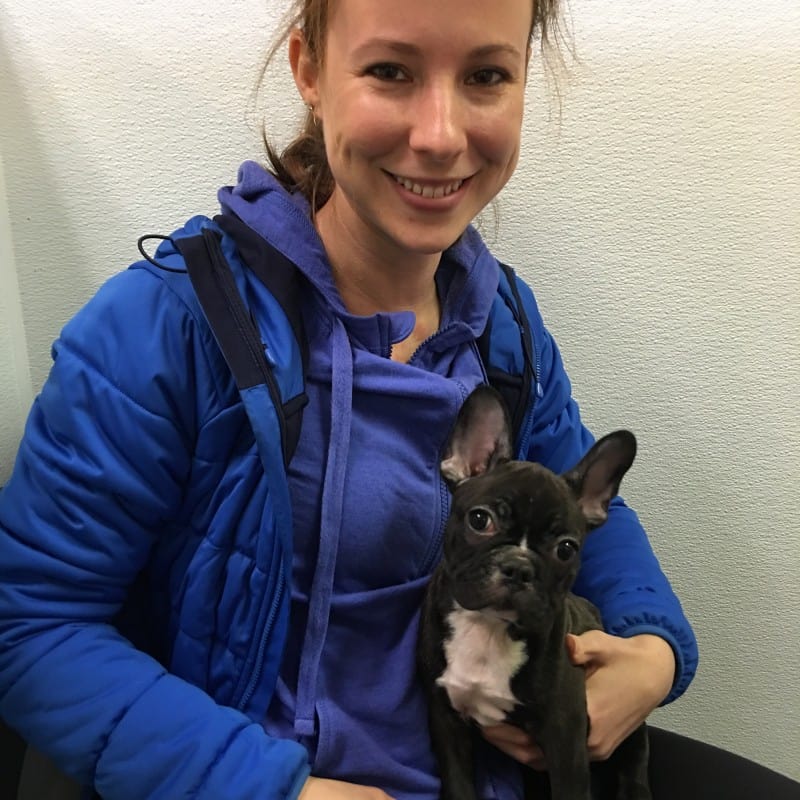 After leaving my sister, I met up with my friend Tayler in Springfield. Seriously, I drove everywhere on Friday. I sloppily did not take any pictures of her or us, but managed this great picture of her son after our trip to Sephora. I’ll attribute my lack of picture-taking to the fact that it was really great to hang out with her again in person and not in text form every day. 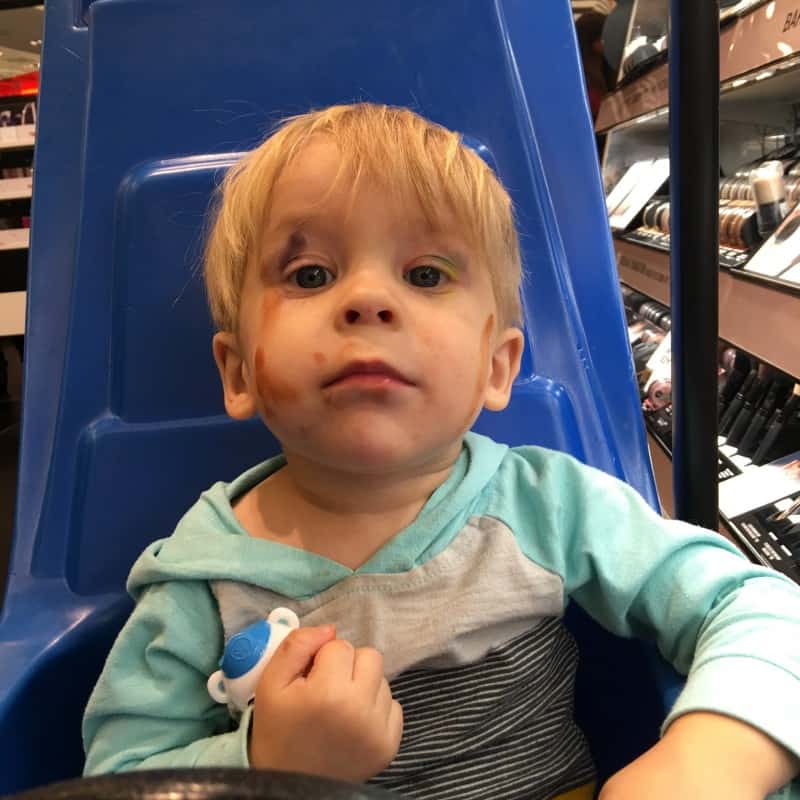 She also gave me this bag of Sriracha popcorn that she originally got me as a going-away present over a year ago. I forgot it in her car before I left and she kindly saved it for me. Let’s see how this turns out. 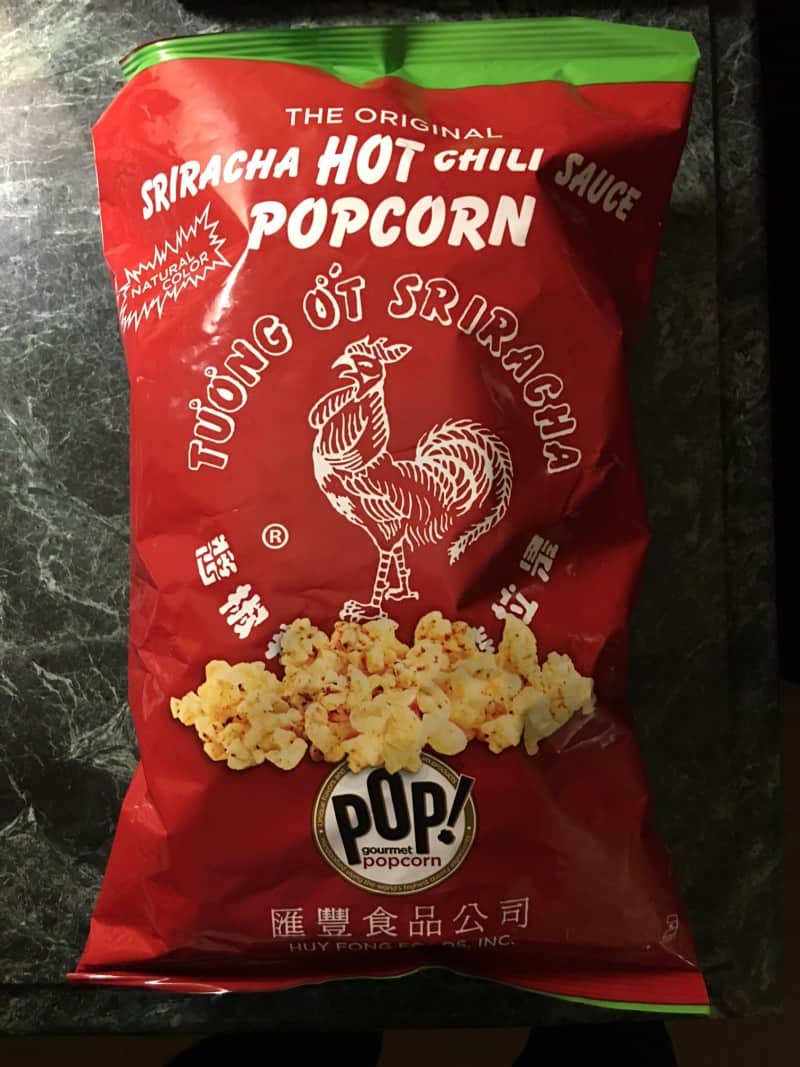 Friday night was low-key and Neil and I settled in pretty early.

Saturday was the day that my mom and sister were going to come hang out before the holiday party. Neil and I stayed in the Ritz Carlton that was attached to Tysons Galleria, basically an entire mall that I can never afford to shop at in my life. Take all of the high priced stores on Michigan Avenue and Gold Coast, put them in one mall, and that is Tysons Galleria.

What I could afford there was Starbucks and Sweetgreen, my absolute favorite place for salads ever. PLEASE COME TO CHICAGO.

I was also able to try Capital Kombucha, which I’d seen in pictures from friends back on the East coast. It did not disappoint. 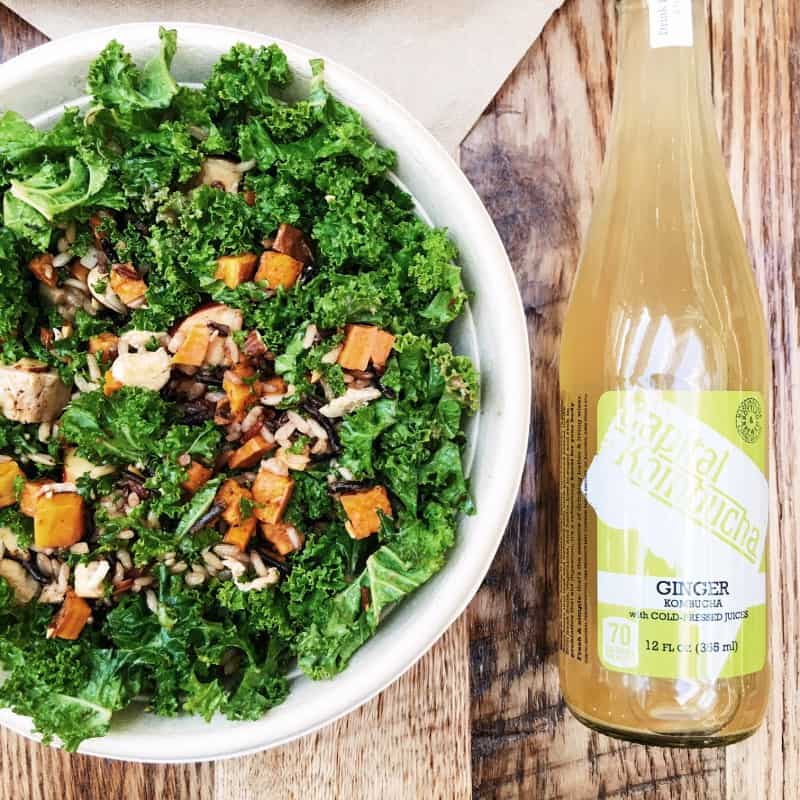 My mom and sister arrived and we spent some time walking around Tysons Corner Center, the “normal people mall.” It’s right across the street, and obviously more crowded. I actually spent Thursday, Friday, and Saturday there for some point during each day. I have a mall problem.

We stopped in a few stores, then I found a Lolli and Pops which was incredible because I’ve only seen their chocolates here at the Chicago French Market. I’ve posted about them before (here and here), but they are the fanciest looking chocolates I’ve ever seen. Of course I didn’t buy any and took a random picture of regular chocolates instead of the reason I went in there. 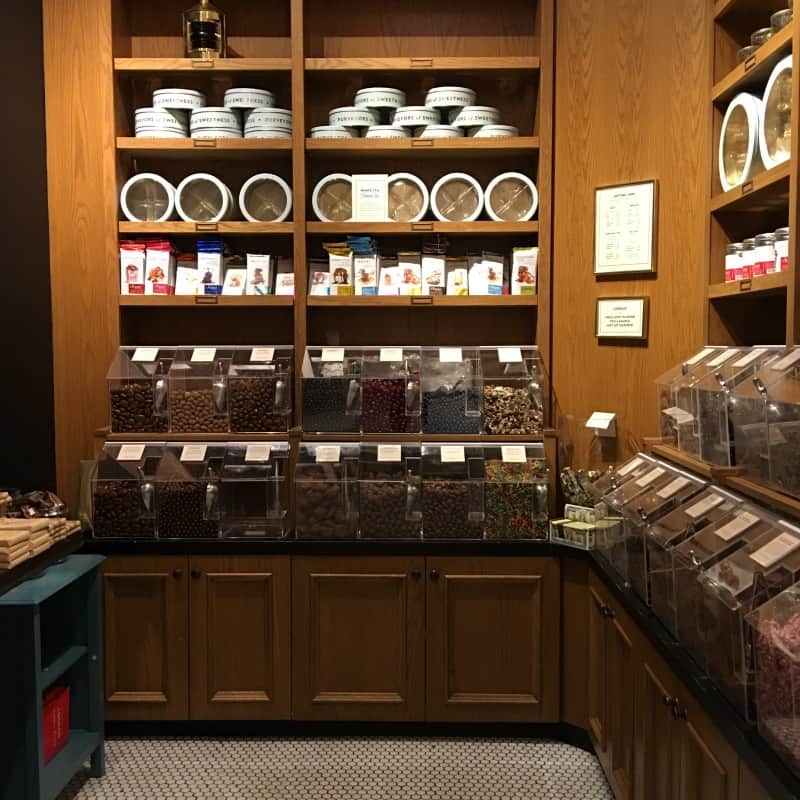 After walking around for awhile, I headed to the MAC store to have them do my makeup for the party. I wanted a smoky eye to go with my dress, but whenever I do one myself I’m always scared by the amount of shadow and what I think is enough never translates in pictures. So I figured I’d go to people who know what they’re doing.

I intended to only have my eyes done, but my artist decided to go hard and do my whole face, including false lashes. I loved the way it turned out, but I can’t imagine wearing makeup like that on the regular.

We all took a selfie and parted ways since I had to get ready for the party. 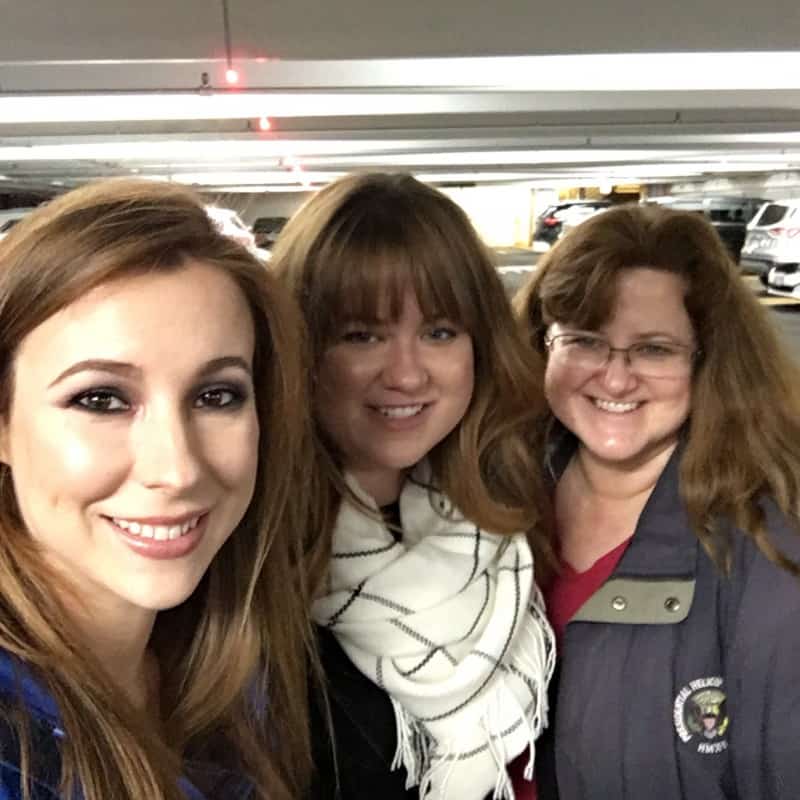 My sister came back to the hotel for a little while and I forced her to take millions of pictures of me. Sadly, the only one I found that actually showed you my eye makeup was this beautiful one I took to send to Tayler. 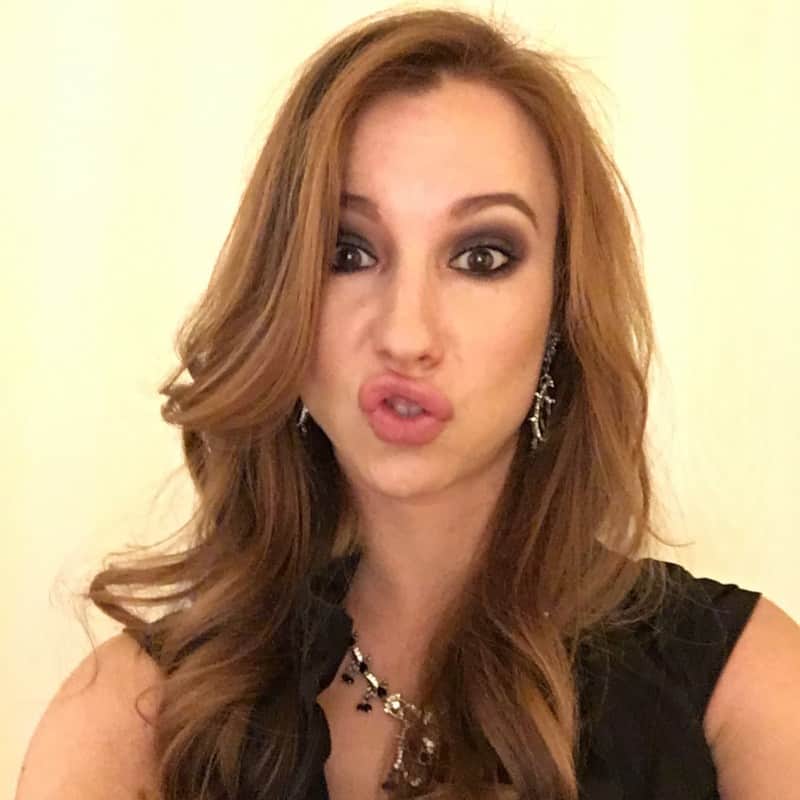 Props to Jackie for capturing this one though. 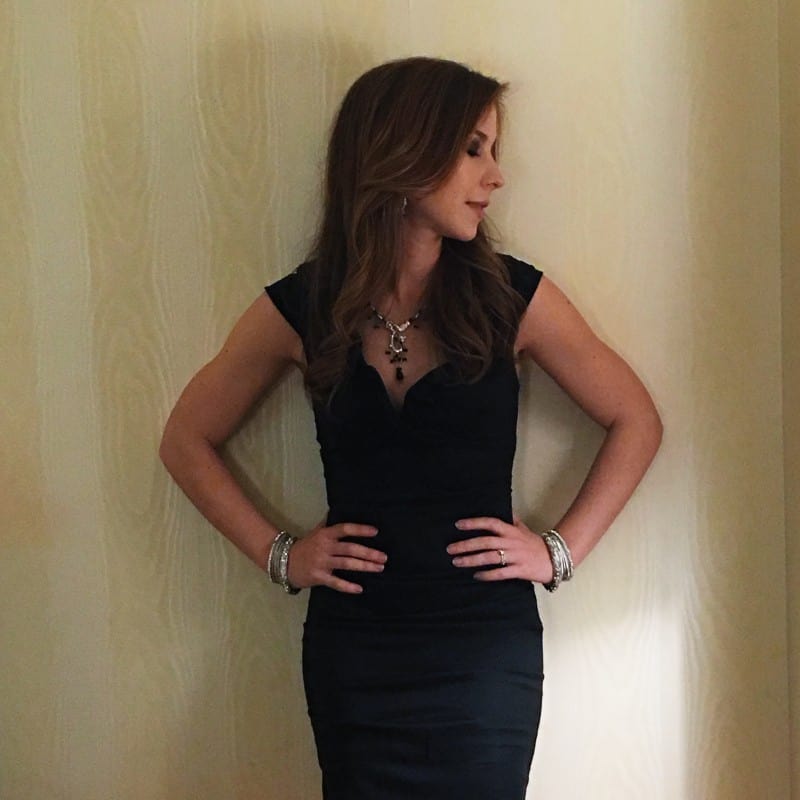 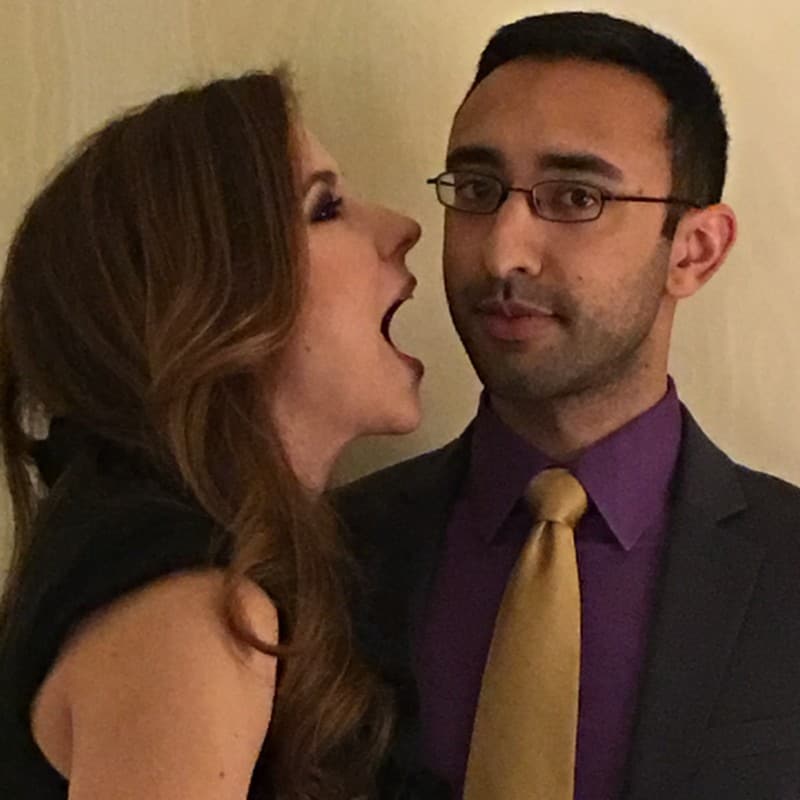 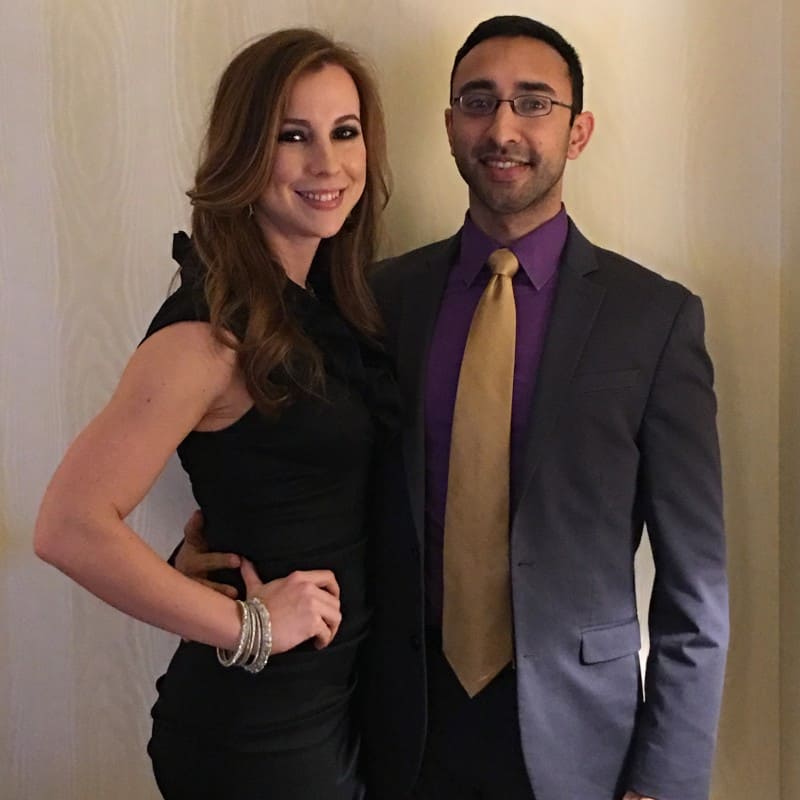 The party was a great time and we were able to reconnect with some of the people we haven’t seen in awhile. You may remember Kevin and Brittany from our trip to Pittsburgh awhile ago. 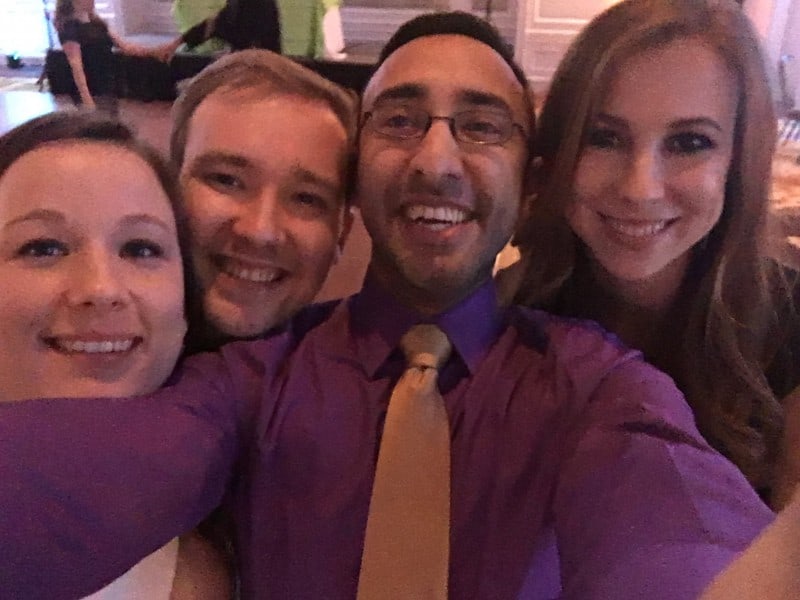 Sunday morning we had a 7:30 am flight because someone had to get home in time to watch football. This meant a 5 am wakeup call after 5 hours of sleep. This may not seem too terrible, but I’m one of those “9 hours and I’m good” people.

We came home to this 🙁 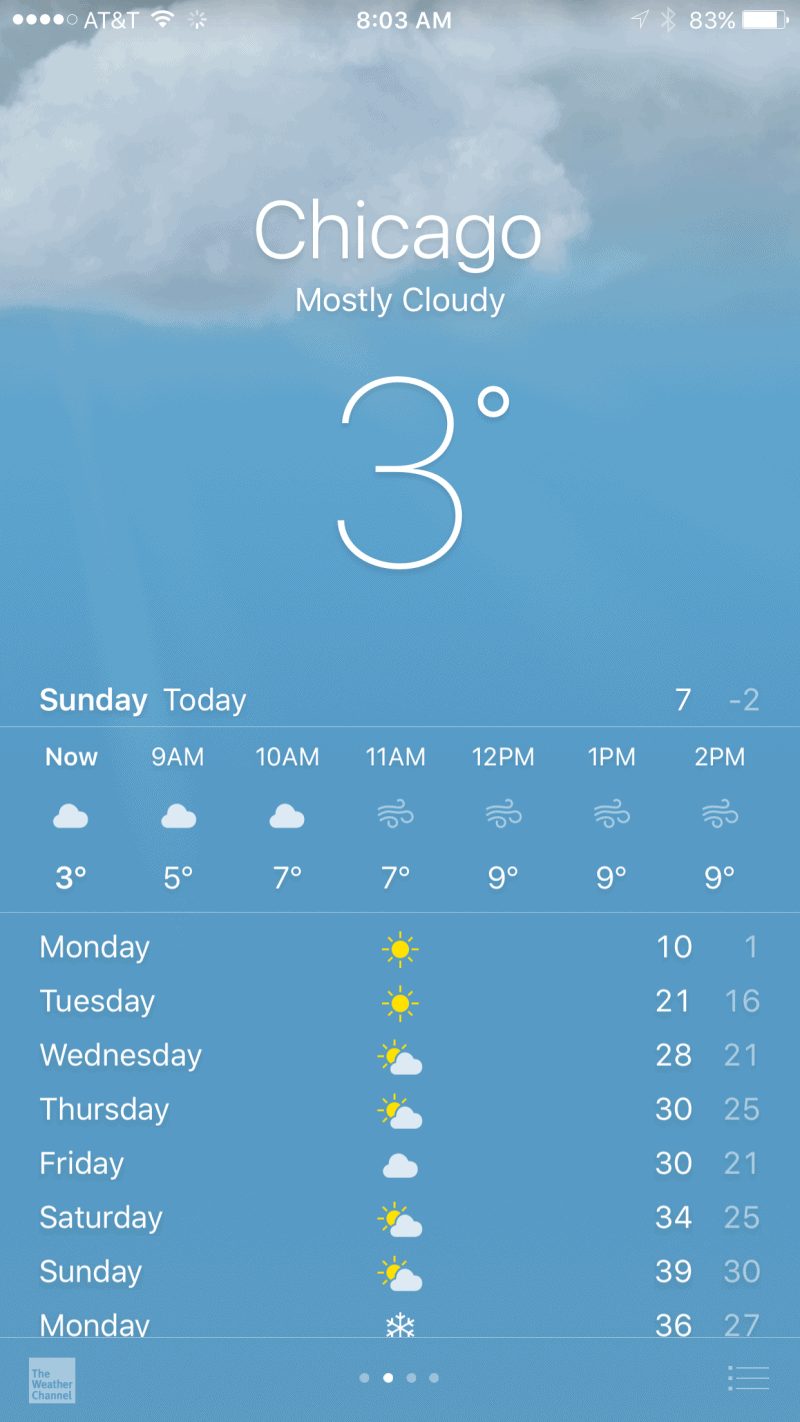 The rest of Sunday involved a 2 hour nap, Dimo’s pizza (for Neil), making almond butter, and general relaxation. I’m getting my Dimo’s pizza next weekend after this photo shoot is out of the way. MAC ‘N CHEESE FTW!

I hope you had a great weekend!

20 comments on “Weekend in Virginia + Party at the Ritz”