A Burger and Waffle Weekend - Erin's Inside Job Skip to content

A Burger and Waffle Weekend

I can’t believe it’s already February. I also can’t believe that the temperatures reached 50 degrees in Chicago this weekend. Either we are going to have a mild winter or all hell will break loose soon.

I don’t have anything as exciting as a fitness photo shoot to share with you from this weekend, but I do have some amazing eats.

Saturday we had a leisurely morning. I ate my regular scrambled eggs for breakfast and we planned our food adventure. Apparently we decided to carry on the burger theme from last weekend, so we finally settled on the Lockdown Bar & Grill in Ukrainian Village after Neil dove into Yelp and I checked out pictures of places on Instagram. This is a very complicated science.

Since the weather was so nice this weekend, we decided to walk there to preempt the outrageous amount of calories that we were about to ingest. Three and a half miles later we grabbed a table. I love to study menus ahead of time like an 80 year old woman who can’t read in dim lighting, but this time I was still unsure about which burger I wanted since there were a couple that looked amazing.

I settled on The Big House which is simply bacon, cheddar, and BBQ sauce, but I skipped the sauce. That’s because I had the GENIUS idea to order mac and cheese on the side and then dump it all over. #gohard 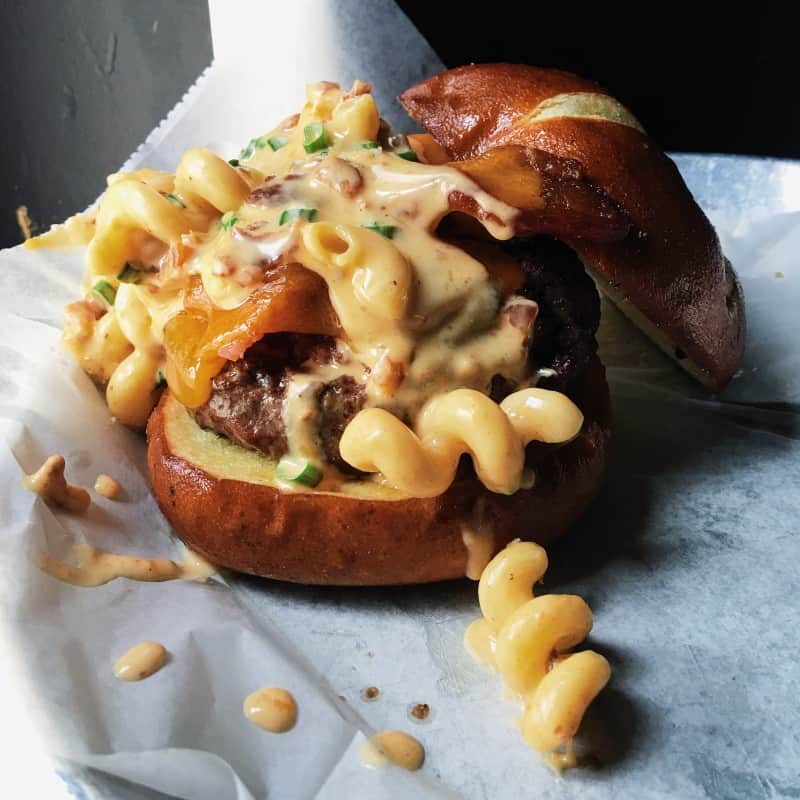 It was delicious. Their burger patties are really good. They also have a build your own mac and cheese option, but I only had the stomach for a side of their regular recipe. I’ll be back to conquer the mac and cheese I’m sure.

After burgers, I wanted to check out a couple new dessert places, but I was less than enthused about their selections. I think that’s probably a good thing.

Neil and I took absurd self timer pictures and had a dance party at some point. 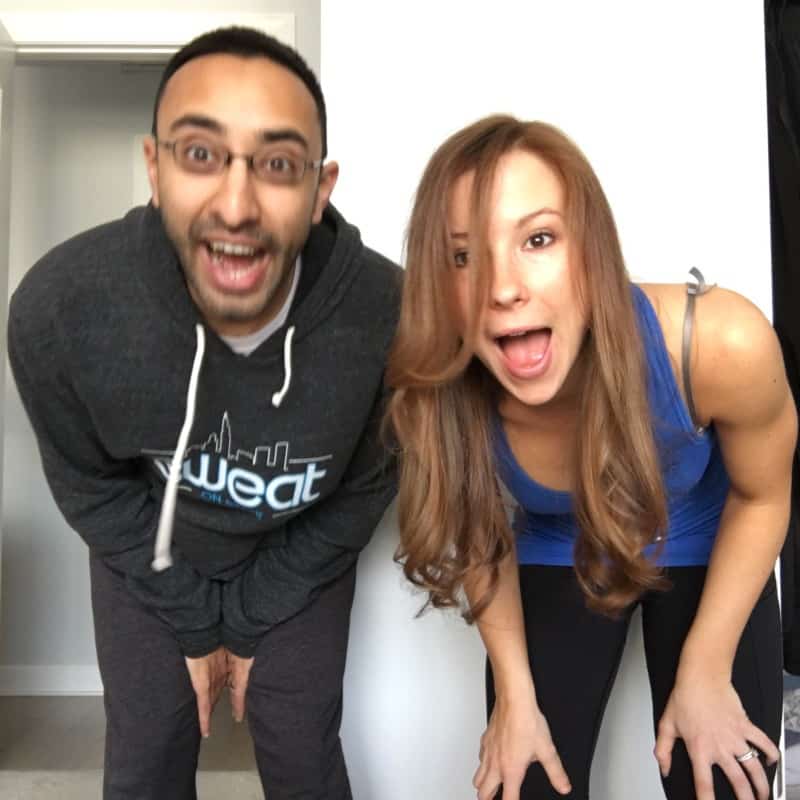 We also stopped by Whole Foods on the way home and picked up some salmon and bacon (I’m sensing a weekend pattern here). Neil wanted to cook the bacon in the cast iron skillet and then cook the salmon in the bacon grease. Let’s just say Saturday’s eats were not for the faint of heart. Hey, I need protein for all those weights I lift. 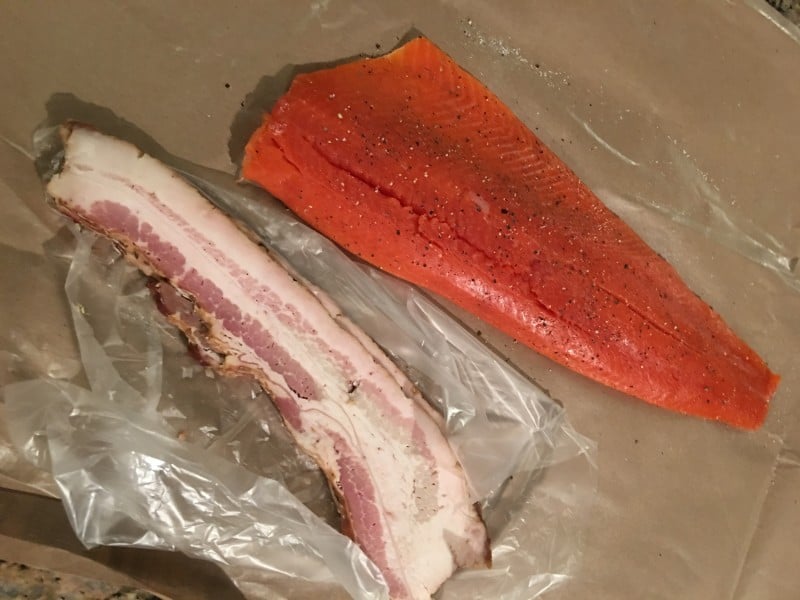 We also made one of the FOUR boxes of mac and cheese we picked up last weekend. Note: the Thick and Creamy version beat out the regular Kraft from last week. 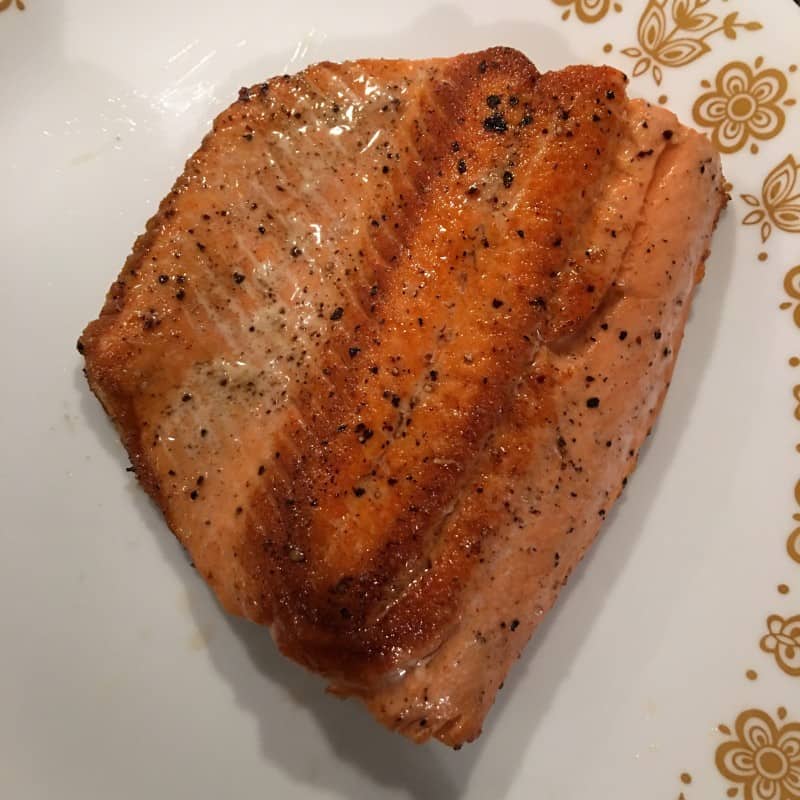 Since it was National Croissant Day on Saturday, we decided to pick one up from Whole Foods as well. Somehow a chocolate chunk cookie, a mini carrot cake cupcake, and a key lime tart also ended up in the cart. Hmm. 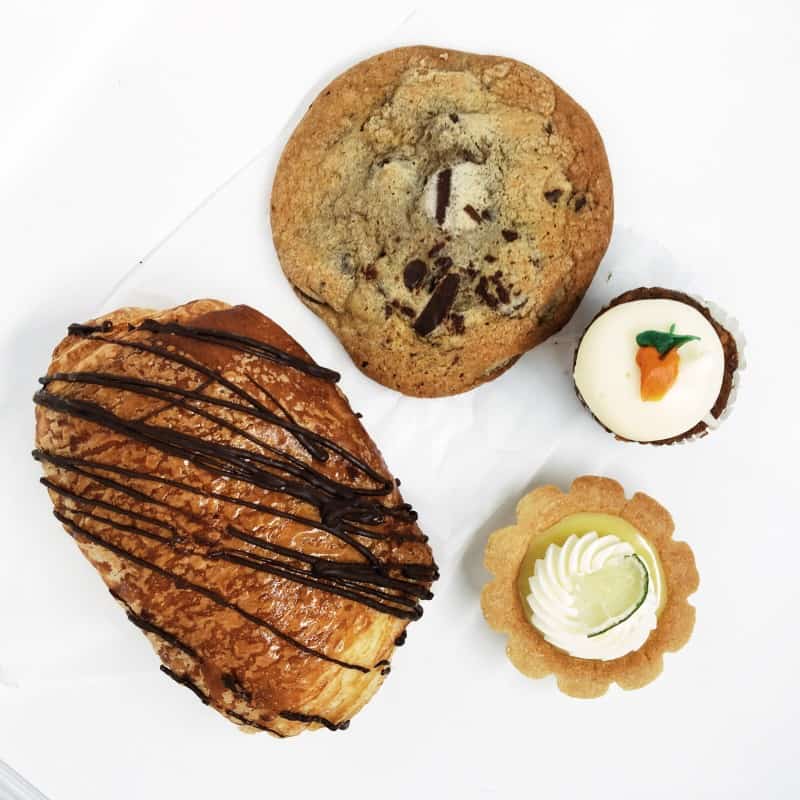 Saturday night we watched Crimson Peak and Criminal Activities. I hadn’t even heard of Criminal Activities, but it had a couple well known actors, including Dan Stevens who plays Matthew in Downtown Abbey. I love him. The movie wasn’t too shabby either 😉

Sunday I checked the weather before going out and saw this which didn’t make any sense. 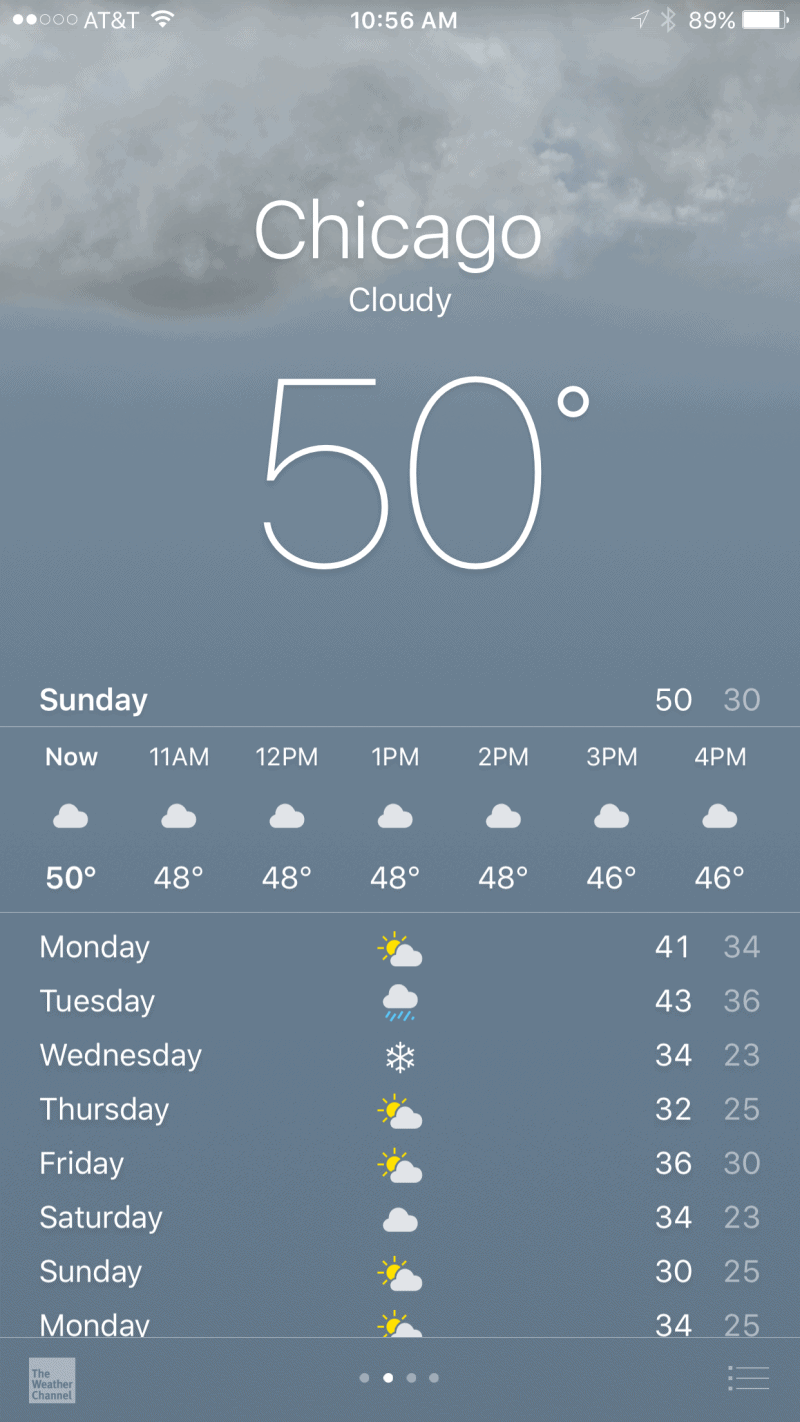 Neil and I went out for a walk around the city and to pick up lunch. I found a new friend. I love these faces in things. 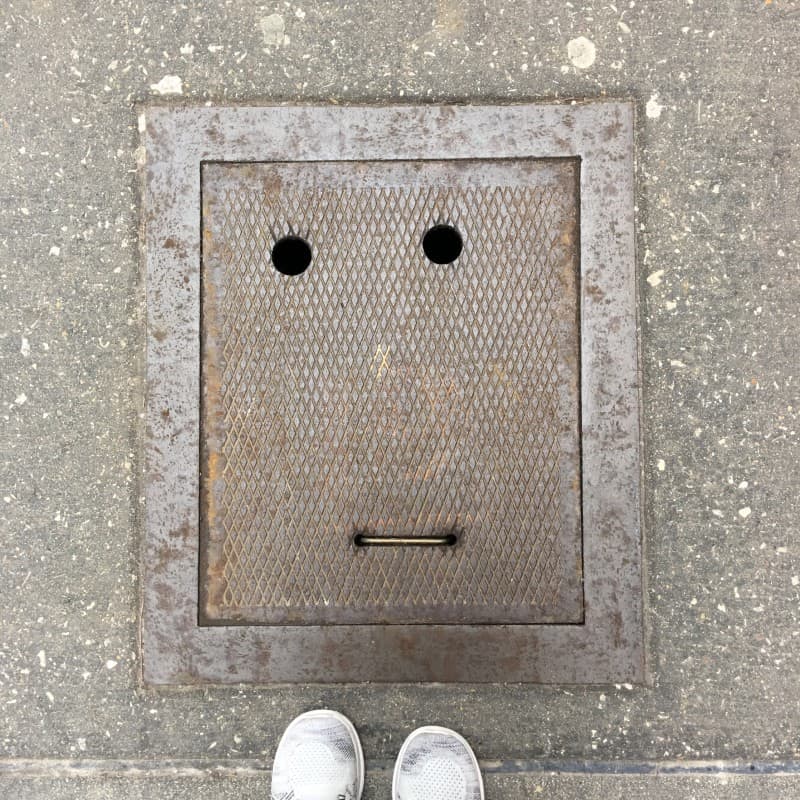 Although we set out to get lunch at Protein Bar, I forced him to eat at Waffles Cafe after I saw they had Red Velvet waffles with whipped cream cheese. I had seen this place many times but we had never gone.

After ordering, we saw that the Yelp reviews were pretty bad, but I don’t know what they were rating because both of our dishes were amazing. Then I think Neil ranted about the reviews for awhile but I was busy inhaling these. 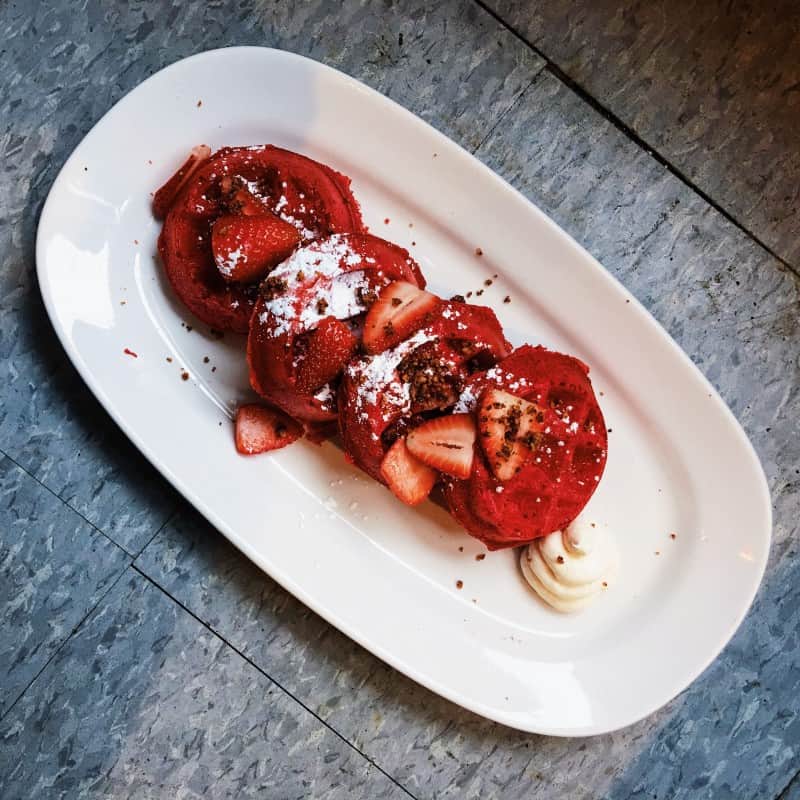 We headed home and watched a couple more movies, then I made our normal weeknight dinner of baked chicken, rice, and veggies. I think it was about time to start getting back on track. Make sure to check out tomorrow’s post which will go into a little more detail about how my eating has changed since prepping for the photo shoot.

Overall, it was a great weekend and I’m looking forward to this coming week. I have a bunch of classes to teach and am taking on a new location plus a new training client. I hope you have a great week!

Also a big congrats to Linda R for winning the Oak Leaf reading lamp!  Even if you didn’t win, there is a 30% discount code to use when ordering from Amazon! Don’t forget that there is still a chance to win the Feel Good bundle from DAVIDs TEA. Giveaway ends this Wednesday at midnight CST!

24 comments on “A Burger and Waffle Weekend”