I’m thankful I only have a couple of days of work this week before heading off to CA for a week. Even though the weather isn’t that bad here in Chicago, you just can’t beat CA. I’m looking forward to hanging out with family and meeting up with friends while I’m out there. Until then, nose to the grindstone so that I can get everything done before I leave.

This weekend was the annual St. Patrick’s Day celebration and parade here in Chicago. It’s a day when they dye the river green and everyone gets obscenely drunk and causes chaos in the streets. Neil and I headed out to watch the river only because we live directly next to it. If we had had to travel to get there, I probably wouldn’t have had these pictures for you. 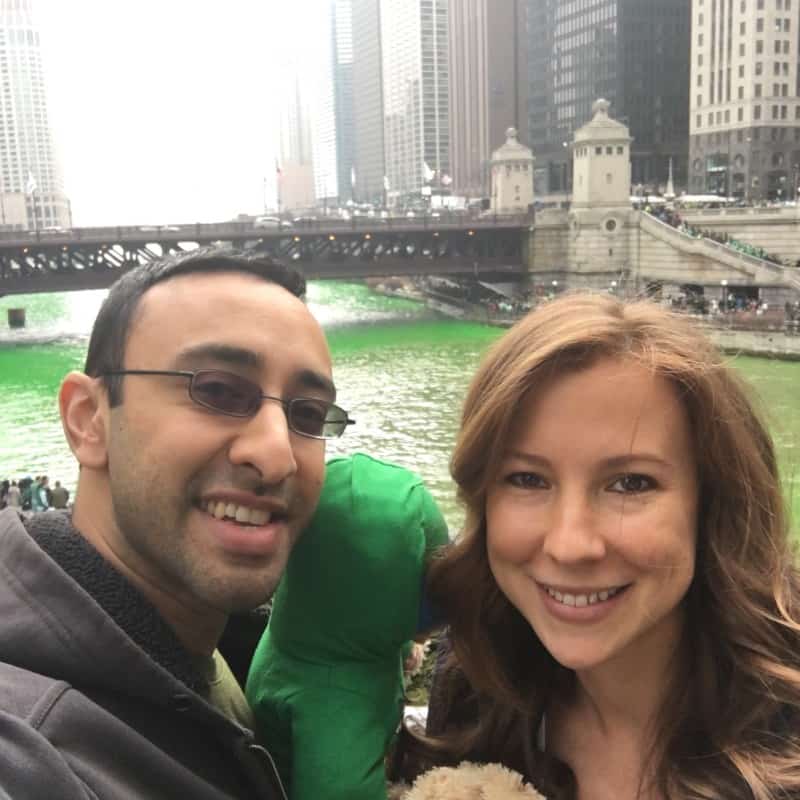 (If you notice, Neil also has the same bear from last year that we took out to watch the river. He is dressed like a ninja turtle. Drunk people love it)

We saw the river a little after 9 am, then went back upstairs to hang out until around 11 am when lunch spots opened. I’ve been craving the Number Two burger at 25 Degrees for some time now, so I wanted to make sure I got it. Why I chose this day, I’m not sure, but let’s say it wasn’t the best decision.

Even at 10:30 am, there were lines of people waiting to get into all the bars in River North. People were loud, in the street, and not making my day. In case you can’t tell, I’m not a huge fan of crowds—especially large drunk ones.

I finally made it to 25 Degrees where I proceeded to wait behind someone who was having issues with their reservation and in front of another large and obnoxious party. While they were trying to figure out if they had enough seats for everyone I finally said HEY IT’S JUST ME CAN I PLEASE GO SIT DOWN?? I sat at the bar, ordered my burger immediately, and waited semi-patiently for it to arrive. I turned down all offers of drinks and was reminded how absurd and obnoxious I used to behave at one point. I JUST WANTED A BURGER.

And then it came. So glorious. It has tomatoes, burrata cheese, prosciutto, and pesto. So many of my favorite things. 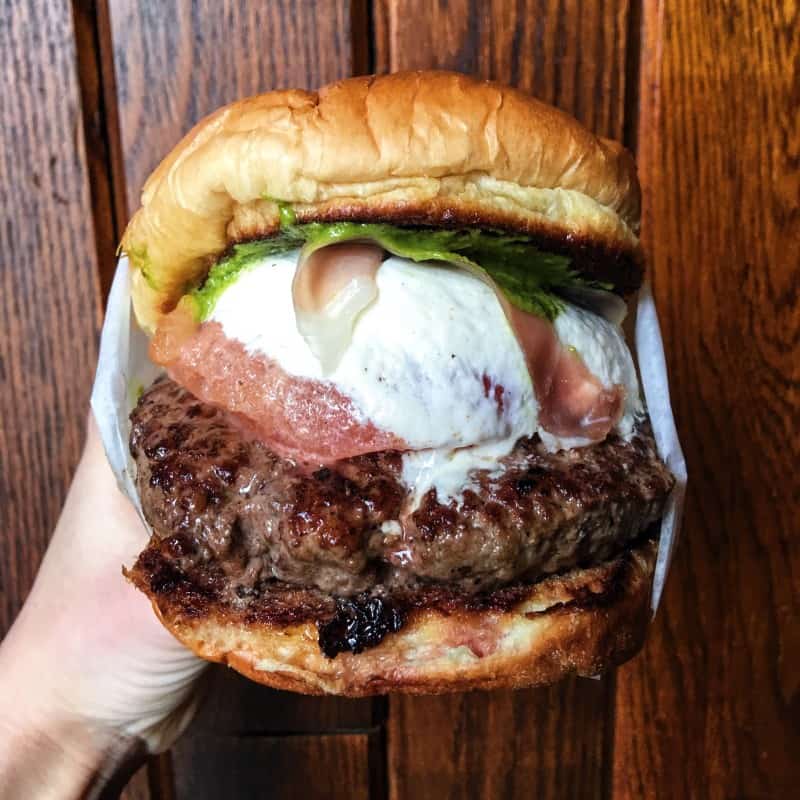 As soon as I was done, I paid, ran home, and hid under a blanket. I took most of this weekend easy because somehow I hurt my knee Friday night and I’m not exactly sure how. I took class at 4:30 pm, then taught two more and headed home. It wasn’t until I took a shower before bed that it started to hurt and it wasn’t better by Saturday (or today).

I kept my walking to a minimum and spent most of Saturday watching Neil play a video game, napping, and then we watched Hateful Eight before going to bed. We did stop in the middle though to go grab this: 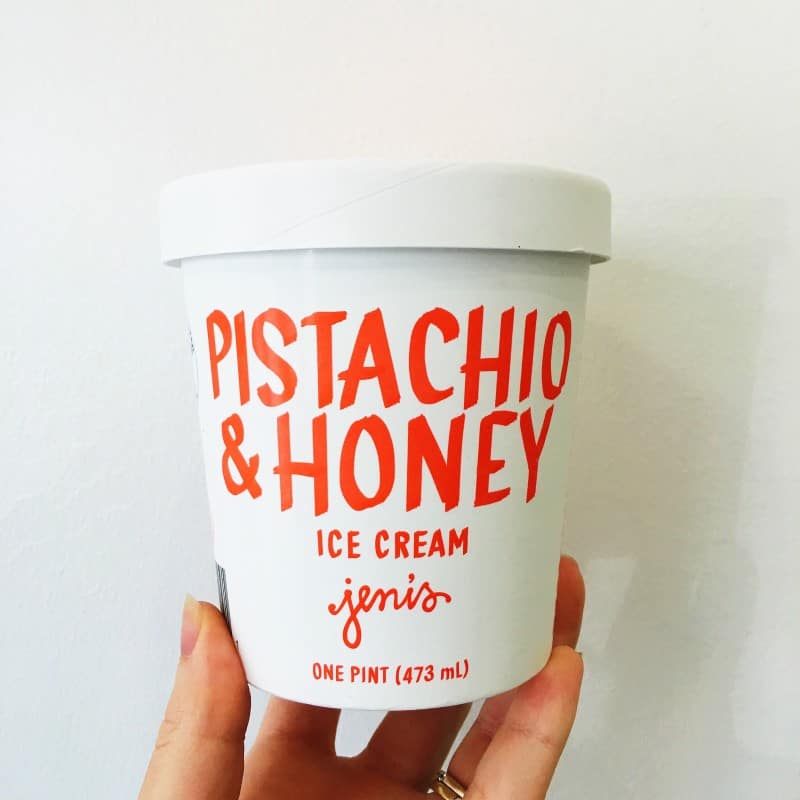 I only have ice cream now and then since dairy and I don’t get along that well, but I was really craving this flavor from Jeni’s and figured it would probably help my knee. Somehow.

Sunday morning I woke up, had my favorite leisurely breakfast of eggs and tea, then headed to our building gym for an impromptu training session with Neil. He asked if I wanted to train him and I said YES ABSOLUTELY I WILL CRUSH YOU. He jokes around about me giving him workouts and talks to me about his routine, but he doesn’t usually ask me directly. I meant to grab a picture, but totally missed the boat. This is how I remember it though: 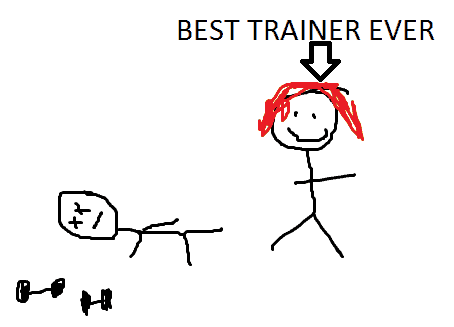 After the best workout ever designed, Neil and I headed to Old Town so he could get his hair cut and we could get delicious fish tacos at Buzz Bait. I got the salmon and the ahi tuna and both were great. I think the tuna was definitely my favorite and I could have eaten two more. 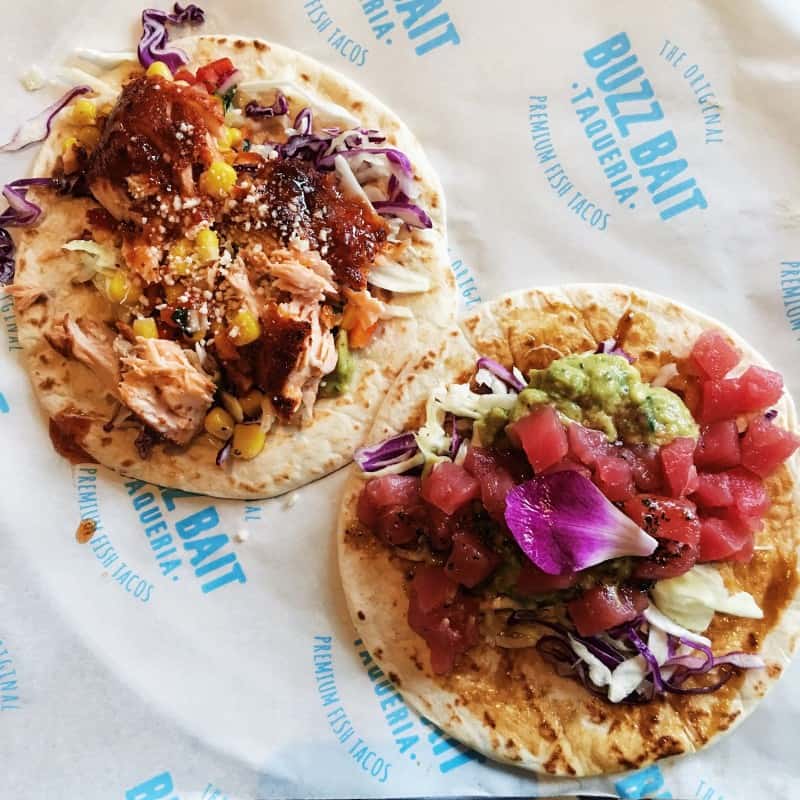 We made a stop at Lush on the way home, but spent most of the day inside because it was cold and rainy the entire day. I grabbed another shot of the river since it was still green, but as you can see, the weather was not a lot of fun. 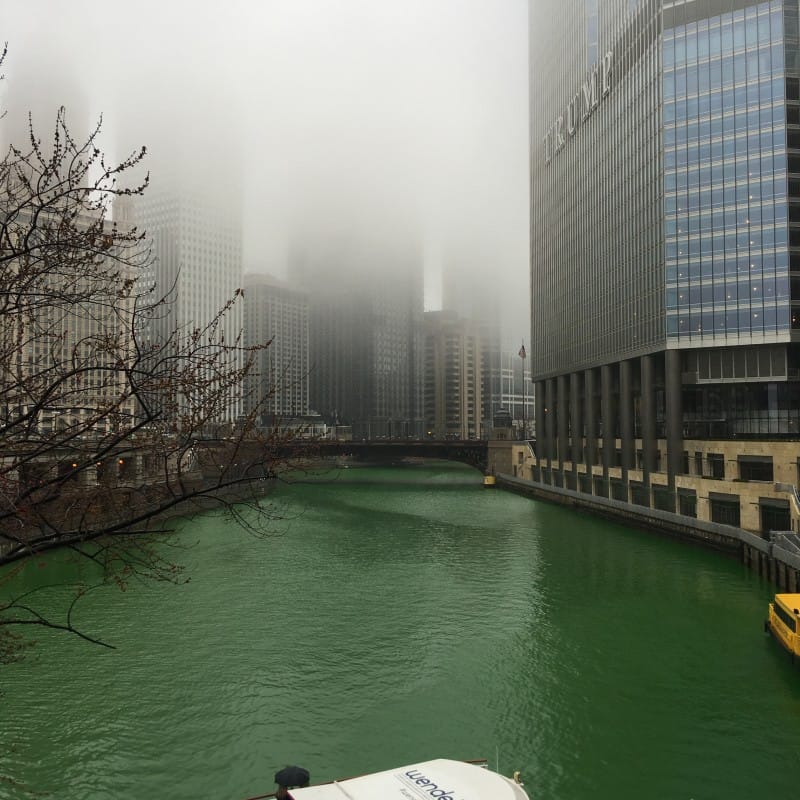 I spent more time on the couch so I could try and stay off my knee, took a nap (my nap game was strong this weekend), and spent the rest of the night getting ahead of blog work, Sweat social media work, and making training workouts for clients this week.

I finished it off with some episodes of The Walking Dead, although I have to say that I still don’t care too much for any of these characters. Yes, I’m in season 4 and continue to watch it, but I’m only doing it because people keep telling me it will get better. WHEN???

I hope you all had a great weekend and start this Monday on the right foot. I’ll be back to chat tomorrow!