Brunching and Burning - Erin's Inside Job Skip to content

You guys, I think I need to chill it out on the weekends. I say that, but I’m pretty sure this trend will continue. There’s just too many delicious food options and NOT ENOUGH TIME.

Friday night I finished teaching at SWEAT and met Neil for a burger at Good Stuff Eatery in the Loop. Most things close super early because they cater to the 9-5 crowd, but luckily we got our burgers in because they don’t close til 10 pm. Guys, I have finished every delectable treat I’ve gotten and shown you on here except this one. I just couldn’t do it. I think two patties is just too much. 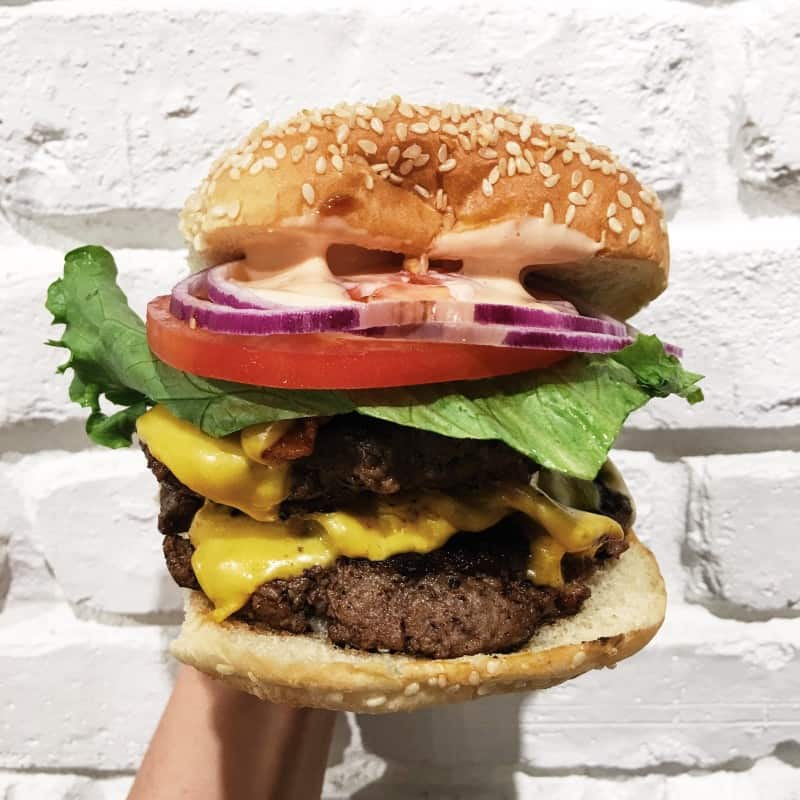 This weekend in Chicago was BEAUTIFUL (finally), so Neil and I were up nice and early to head to the Green City Farmer’s Market. It only recently opened back up for the season and even though I always go with grand plans of buying everything, I leave with nothing. 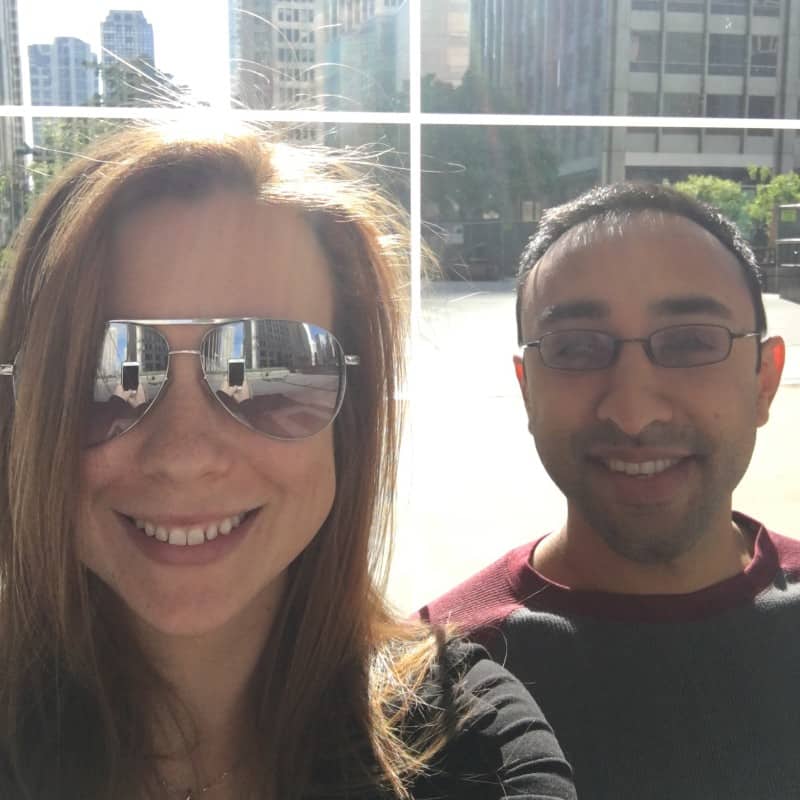 In the background you can spy the sign for Hotel Lincoln, where Neil and I stayed on my first visit to Chicago. There’s still one of my favorite coffee shops inside, but the line was out the door when we went. 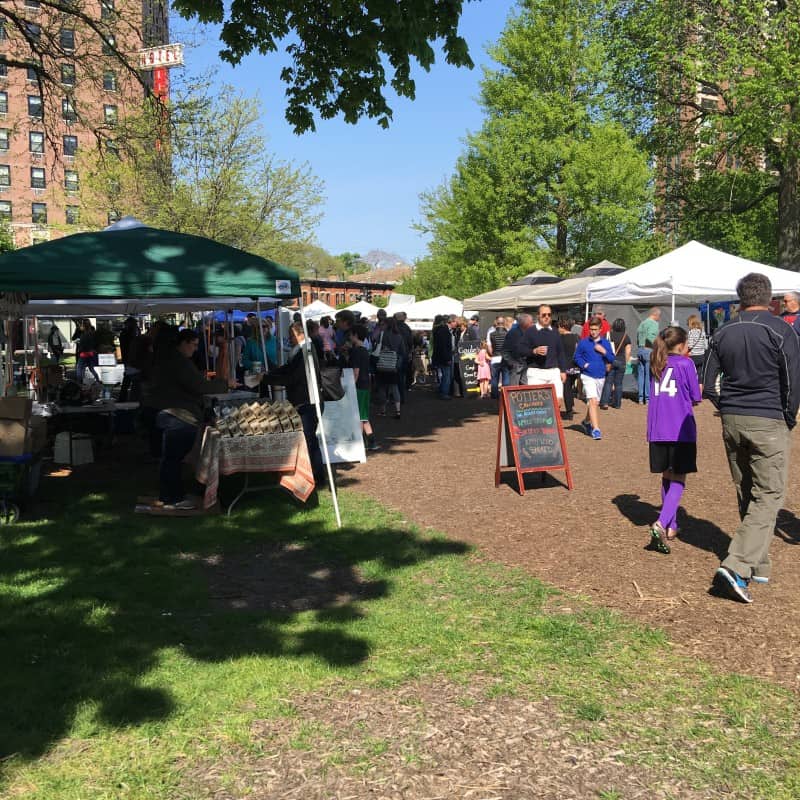 I didn’t have any of this, but it sounded amazing. 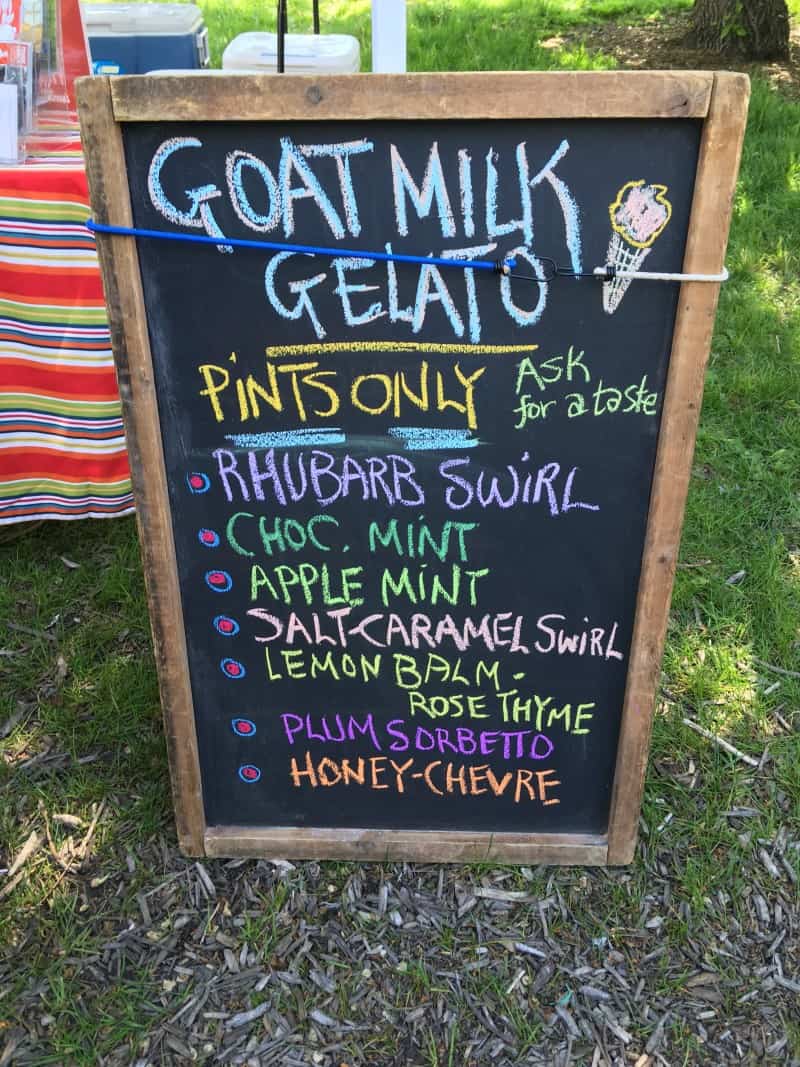 I made Neil take a picture of me, but really I wanted to hang out in the grass so I could accost all the dogs that were there. It was amazing. 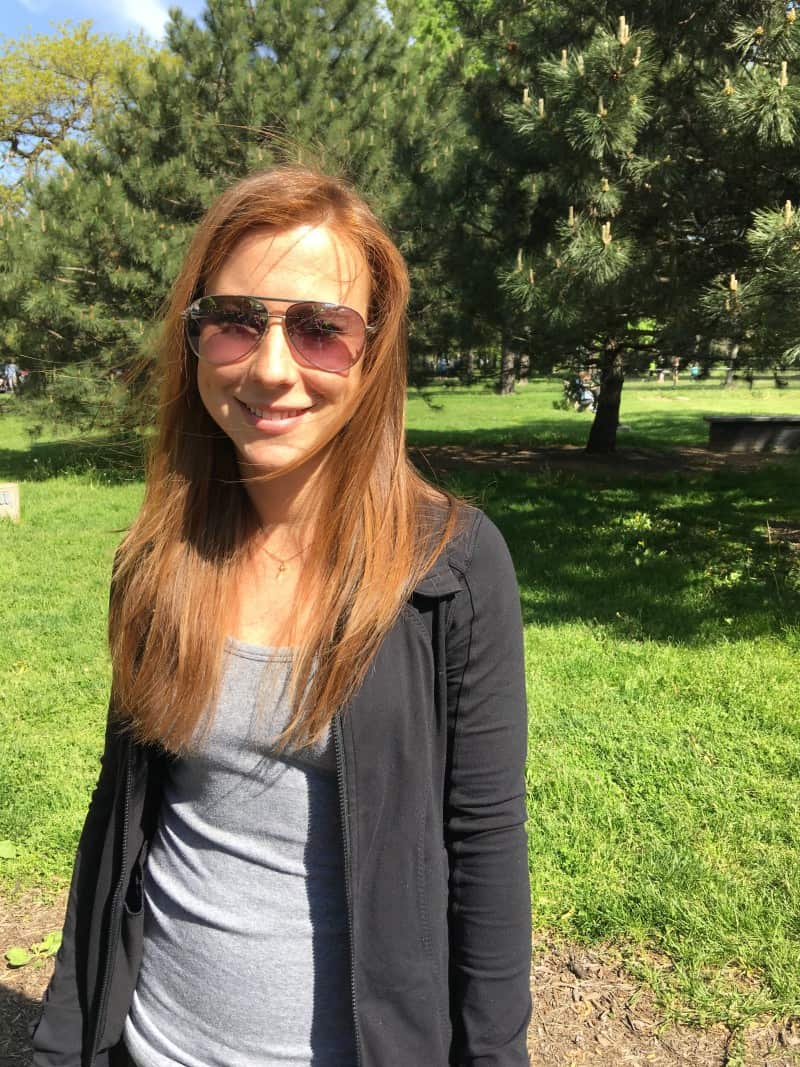 We had grand brunch plans, and we decided that since it was so nice out, we would just walk the couple miles there and back. It’s so nice when the weather gets better and we can go walk for hours and talk about nothing.

We stopped at the Bageler’s Coffeehouse because a reader mentioned it to me in a previous post and I had never heard of it. I would have gotten a fancy bagel, but we were on our way to eat. Almond milk latte = two thumbs up. 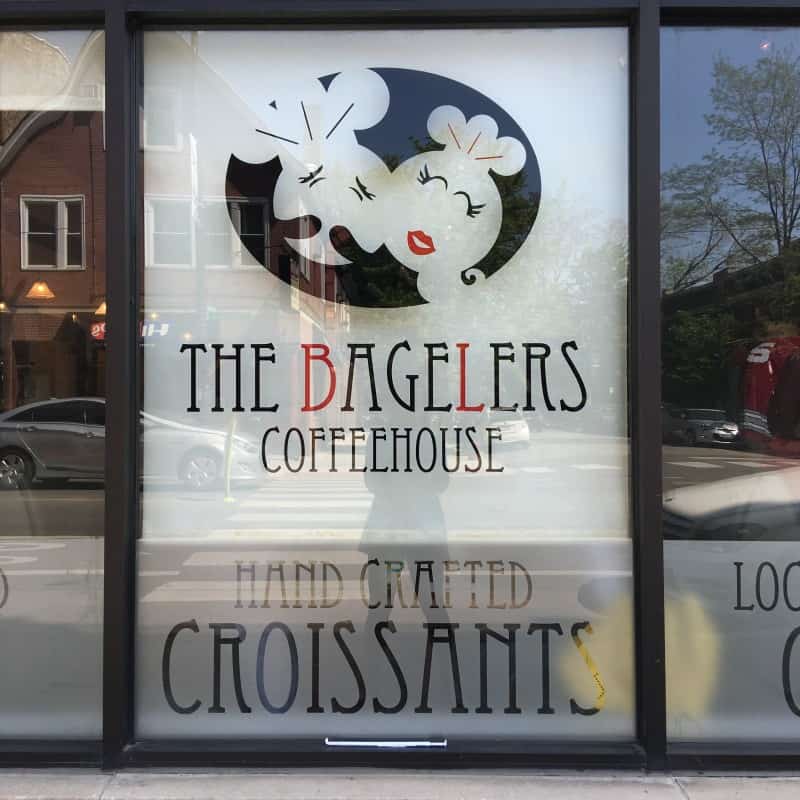 Poll: Does hanging out at a dog park when you don’t own a dog make you creepy?

I forced Neil to come in so I could stare at these dogs and try to pet them as they ran by. I also snapped this picture and sent it to my sister because that little one looks just like Pinky. 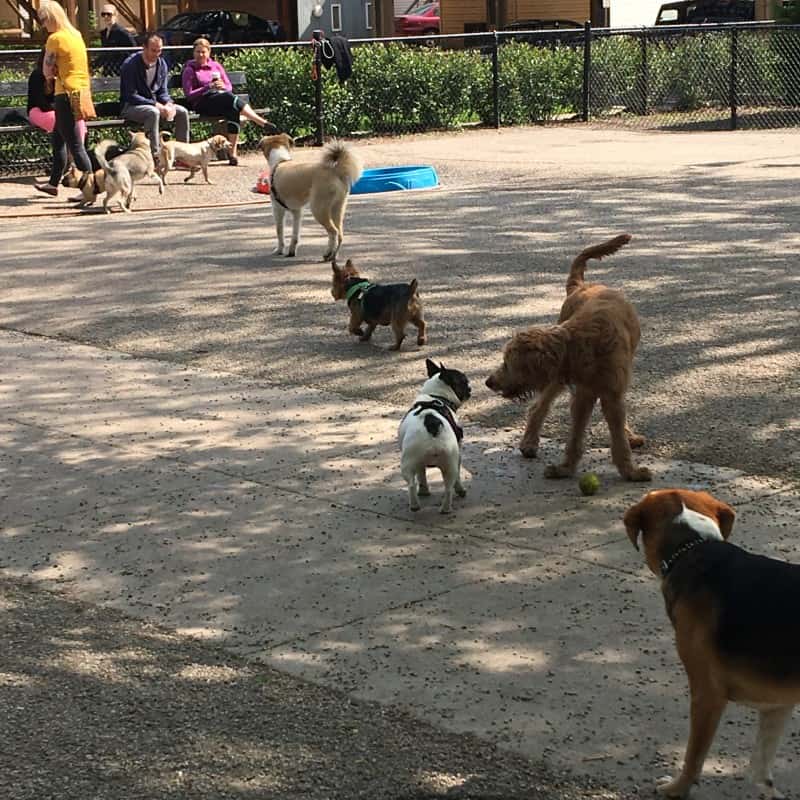 THE PARK NAME WAS WIGGLY FIELD. I really wish I could use emojis in these posts. Just insert laughing tears emoji here. 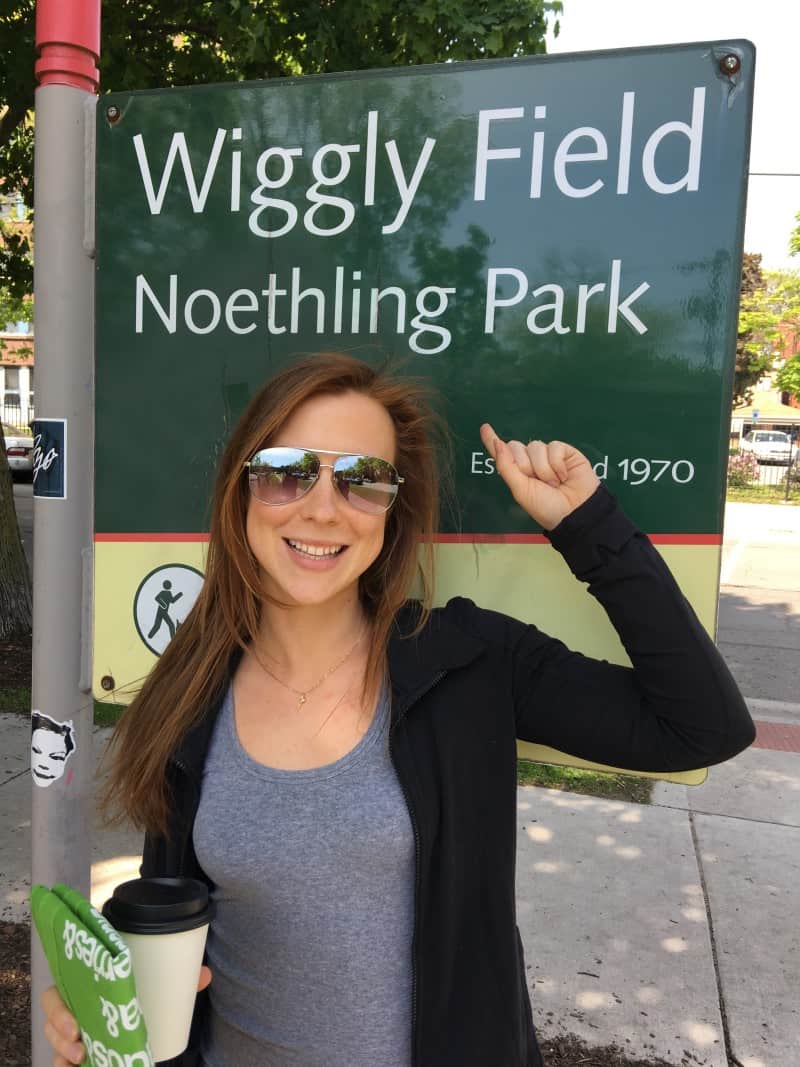 We made it to brunch at Rockit Burger Bar because there has been one more of their burgers on my list: The BFD (Breakfast for Dinner).

It’s a cheeseburger with bacon, egg, and DONUTS AS BUNS. To be fair, it’s just one donut cut in half so that makes it less gluttonous.

It was actually pretty delicious and their sweet potato fries are some of the best I’ve had in the city. These curly fries are also pretty good according to Neil, but I’m not a huge fan of seasoning on my fries, so next time someone who likes them can come with me and eat them. 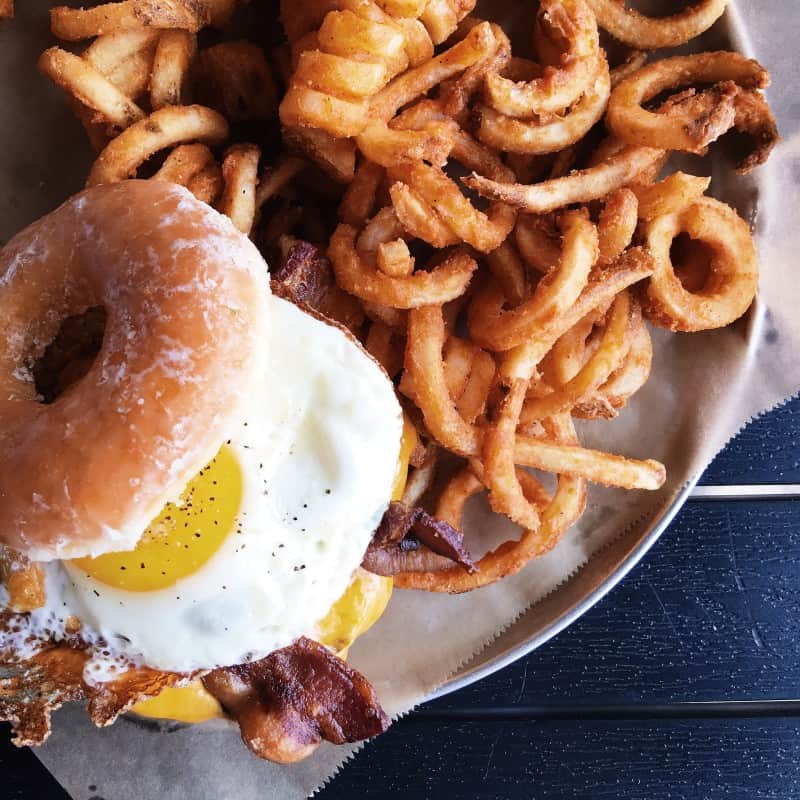 We spent the rest of the day walking around the city and all the way to Target to try and find Straw Propeller oatmeal because it’s carried in some Targets across the country. Sadly, not in ours, so I went home and ordered 12 of them.

Sunday was a very leisurely morning, followed by a trip to Equinox in Gold Coast for an EPIC BrunchxBurn event hosted by my friend Kathy. This was her first event and this girl BROUGHT IT. I don’t know where she found all these sponsors and raffle gifts, but it was a great event to raise money for breast cancer. 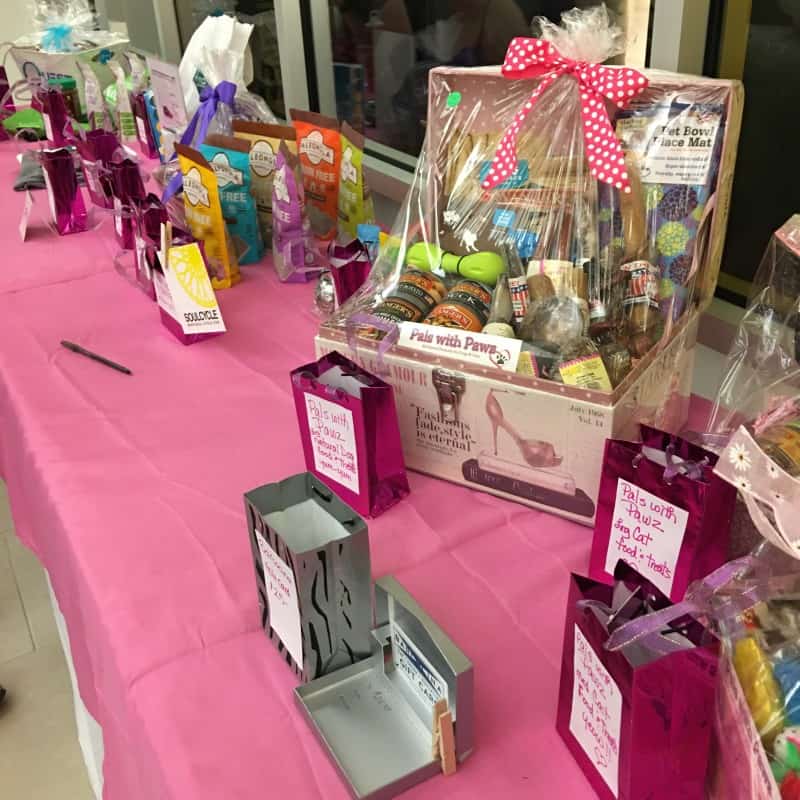 You were able to choose from either a cycling class or your “best butt ever” class (guess which I chose). Even though the workout itself was only about 30 min, my legs and butt were definitely feeling it afterwards! 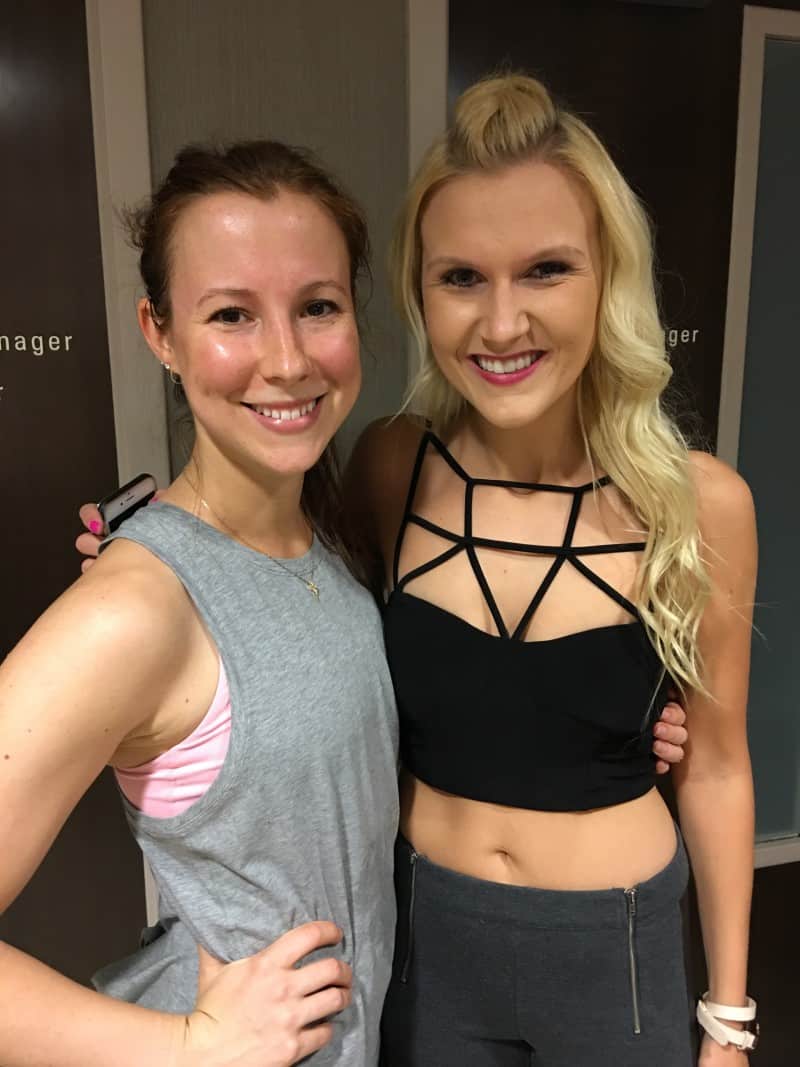 After our class, we were able to grab samples from tons of vendors as part of our brunch. Afterwards was a raffle and I ended up winning two of the prizes (that’s what buying 26 tickets does for you)! I won a gift pack from both Salba chia seeds and EatNutzo nut butters. Yessssss.

Here are some of the brunch samples I got to take home. 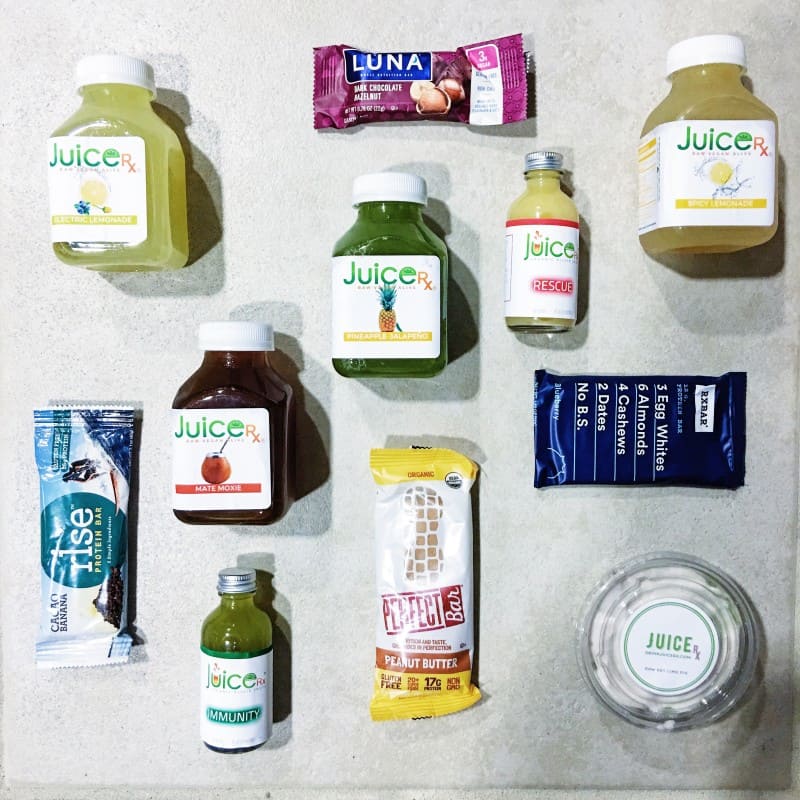 When I got home, I checked on the fruit leather that I was dehydrating. I blended 2 honeycrisp apples, frozen blueberries, 1/2 lemon’s worth of juice, and a few pineapple cubes, then tossed it in the dehydrator.

Neil really likes these and I have to admit that they taste way better than the artificial Fruit Roll Ups that we grew up on (but that cherry one, though). 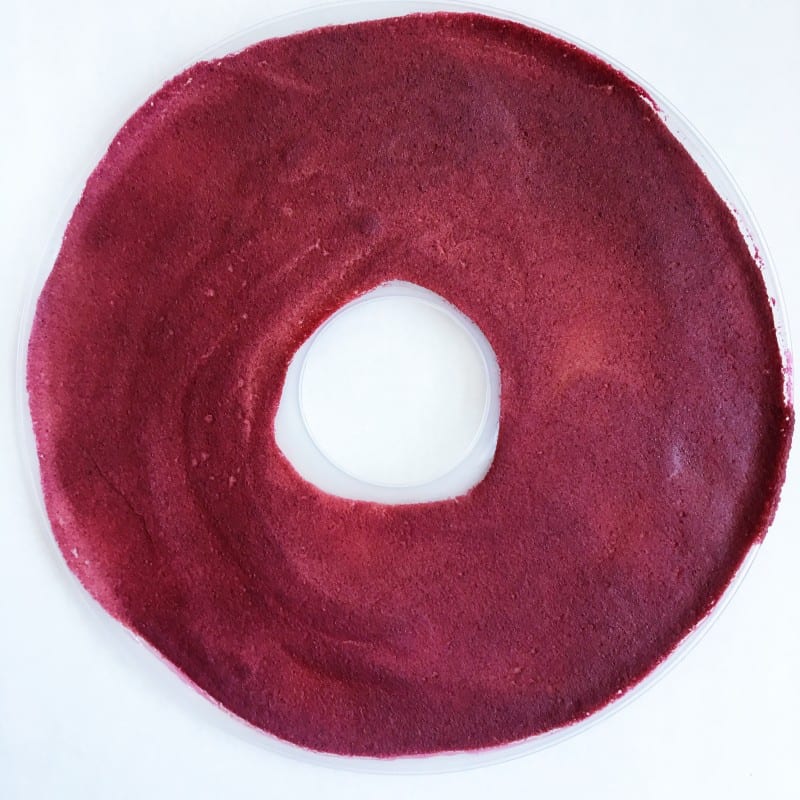 The rest of the night we relaxed, ate pizza, and watched movies. Another great weekend in the books!

20 comments on “Brunching and Burning”