How was your weekend? Mine was great because my donut ice cream sandwich mission was accomplished. Photographic evidence: 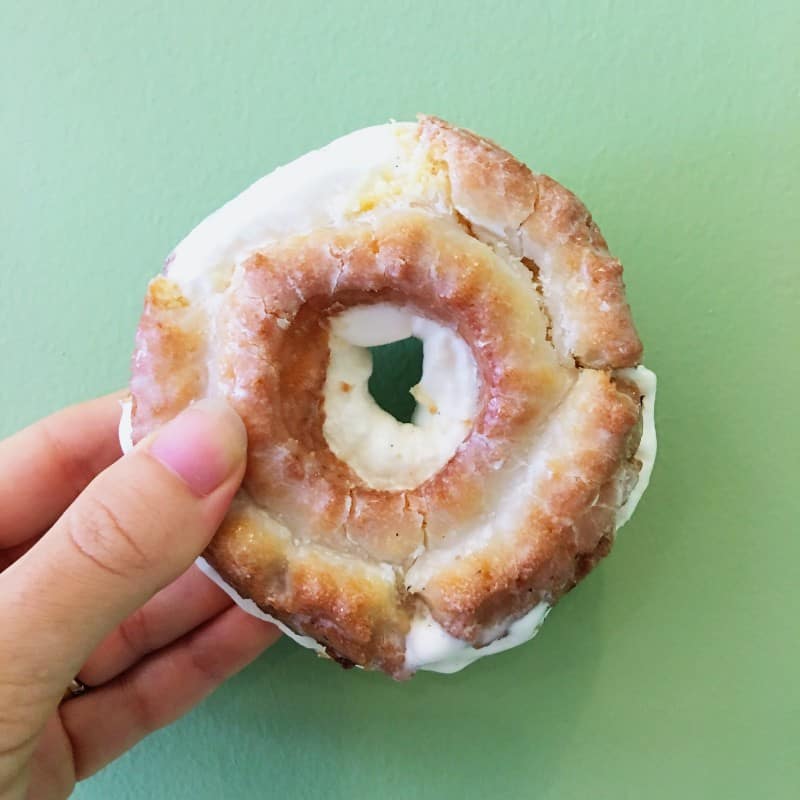 Let’s back up to Saturday morning. Since I still manage to wake up between 6 and 7 on the weekends, I got to enjoy a long, leisurely morning. I had tickets to the Chicago Food Truck Festival, but the gates didn’t open until 11 am.

Friday night on my way home from teaching, I stopped into Lululemon because I had seen this bra and impulsively NEEDED it in my life.

Truth be told, I was feeling discouraged about my back and wanted to buy something to cheer me up (always the best motivation for frivolous purchases).

Anyway, even with my instructor discount it was about $50 and by the time I got home I already regretted it. I’m willing to pay more for exercise pants, but I don’t really have a reason to spend so much on a single sports bra. I decided to return it and check out Forever 21 because they have much cheaper options and a lot of unique styles.

I stopped into the store Saturday morning before heading to the festival and tried on a couple. They have so many different ones that I got overwhelmed and will have to go back later when I’m in more of a shopping mindset. 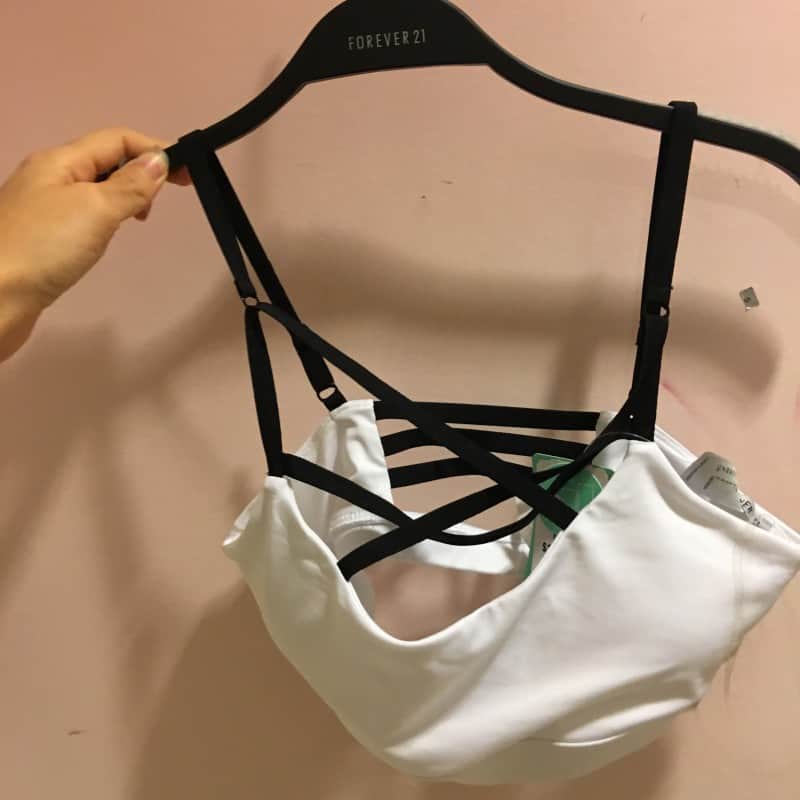 Neil and I hopped on the train and headed down to the festival, which was held in the South Loop at McCormick Place. The street was blocked off and there were tons of trucks. 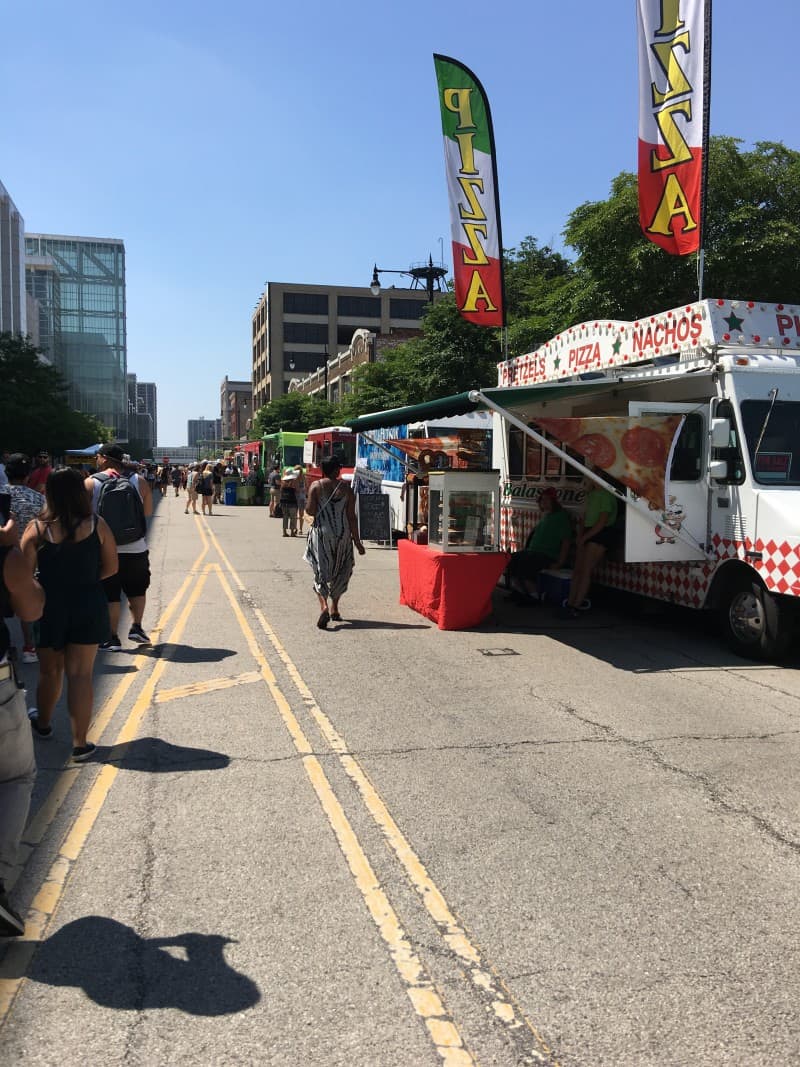 I hung out with the Beavers Donuts mascot. Props to him since it was HOT outside. 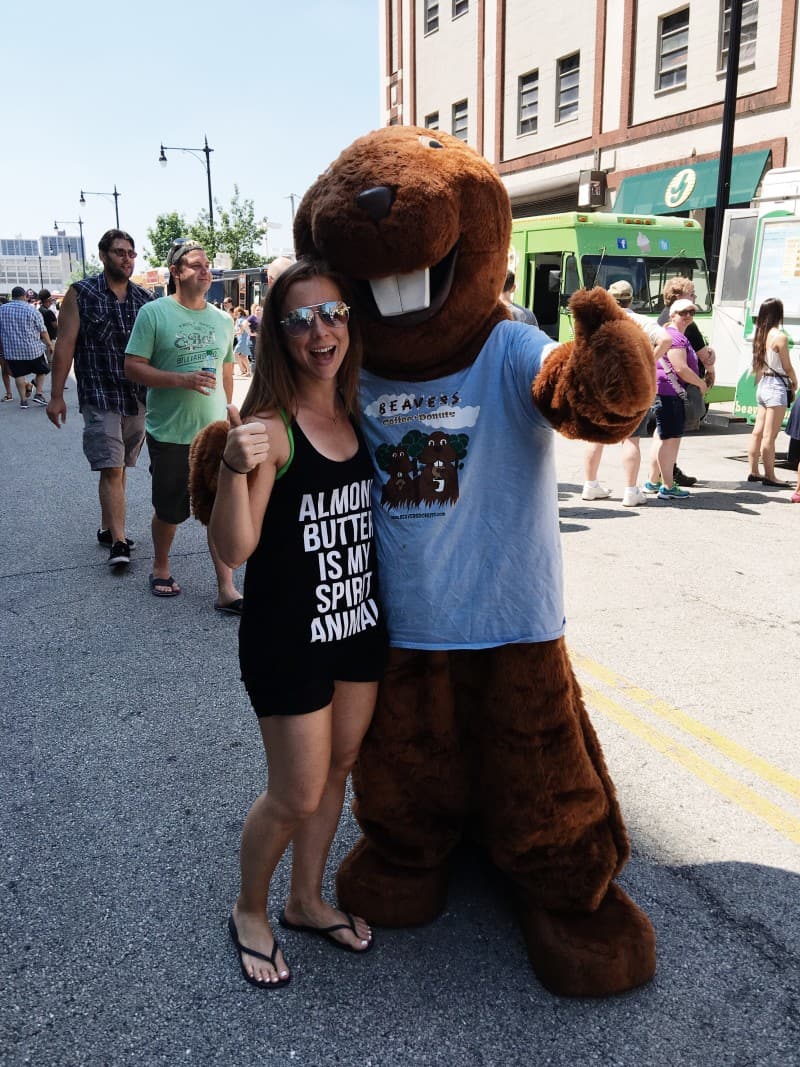 It was so hot, in fact, that we made one pass of everything, found one thing to get, and ended up leaving. My choice was this conewich: a cone made out of bread and filled with pork, bacon, mac and cheese, and BBQ sauce. 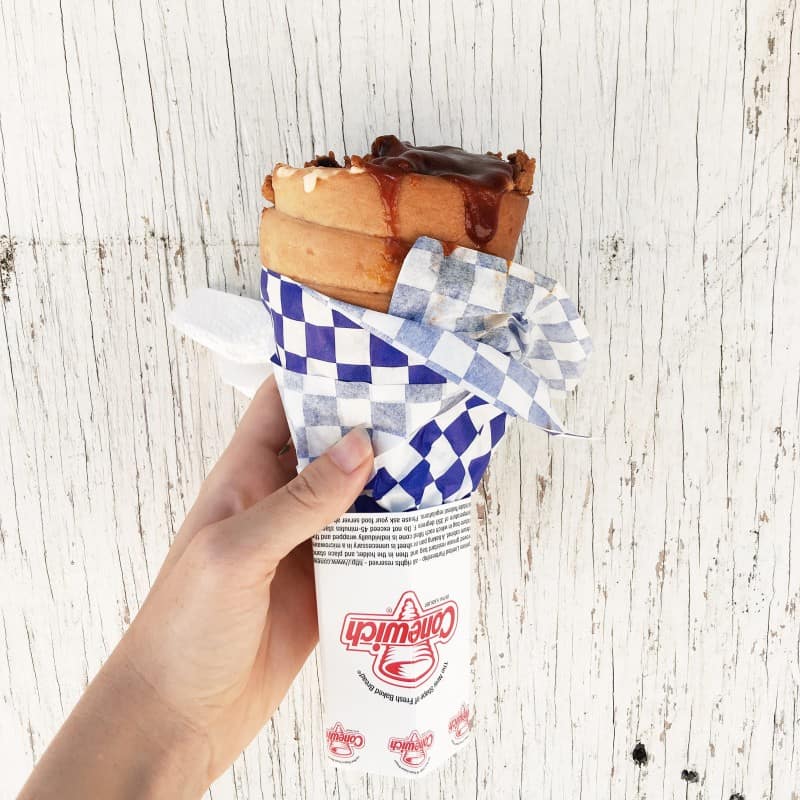 On our way back to the train we stopped at Fruve’ xPress for one of their pitaya bowls because it’s my favorite smoothie bowl place in the city and I’m not down there very often. I got a combination that had mint in it and it was incredibly refreshing on such a hot day. 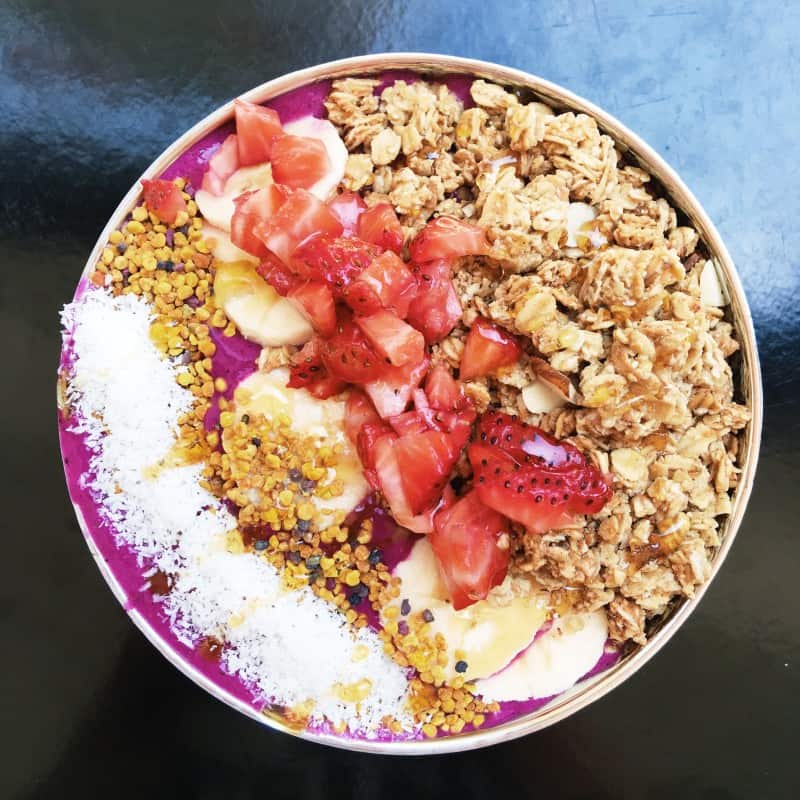 We headed home, but soon after I headed back to Oak Street Beach to take advantage of the sun. My Mexican tan is already fading and I don’t like it one bit.

Apparently everyone else had the same idea. 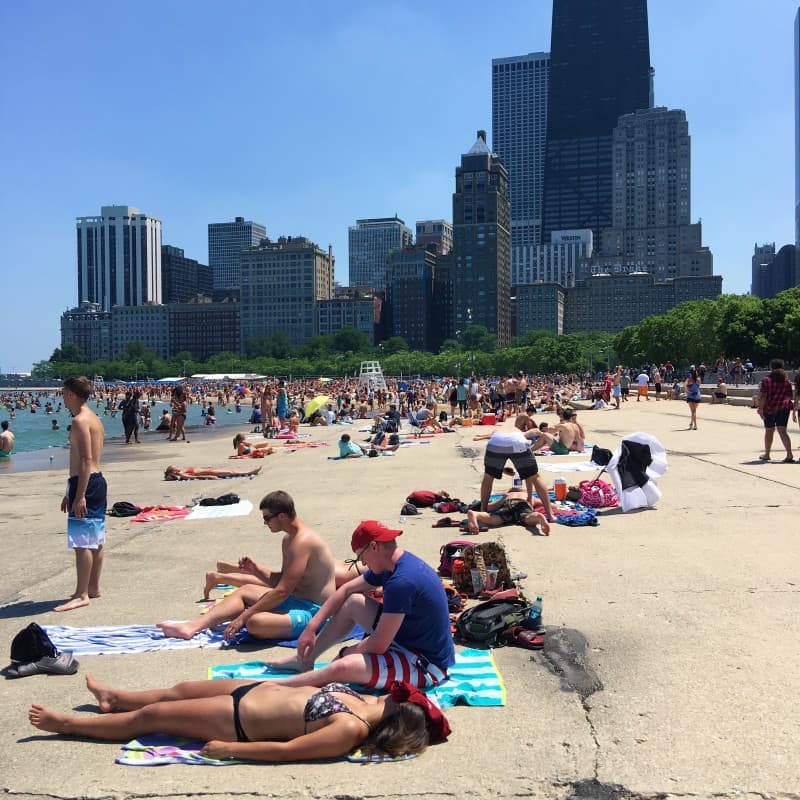 I headed home, Neil and I hung out, and movies were watched.

Sunday morning I had to teach class, so I headed to Sweat. Unfortunately, my back doesn’t seem to be much better. I made an appointment at Trifactive, the sports injury place I went to a couple weekends ago, but the soonest I can get in isn’t until Wednesday. Until then, ibuprofen it is.

After teaching, Neil and I headed to Wicker Park to grab burgers at Small Cheval, the sister restaurant to Au Cheval, one of the most popular burger places in all of Chicago.

The pride parade was this weekend and as much as I celebrate it, I just can’t handle those crowds, so we went the opposite way in search of food. For everyone who went, I hope you had a great time and all the pictures looked like so much fun!

They had Fresca, which I hadn’t had in so long. SO GOOD. 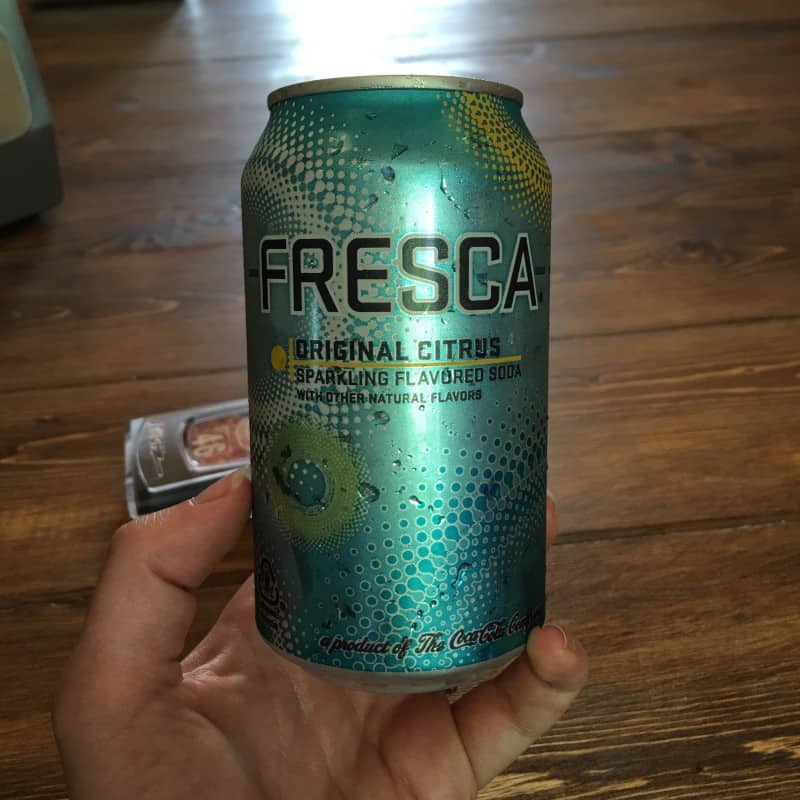 The menu is very no-frills. You order a hamburger or cheeseburger. That’s it. You can get it “house style,” which is with dijonnaise, pickles, and onions.

I got mine house style minus pickles and plus bacon. MMM. 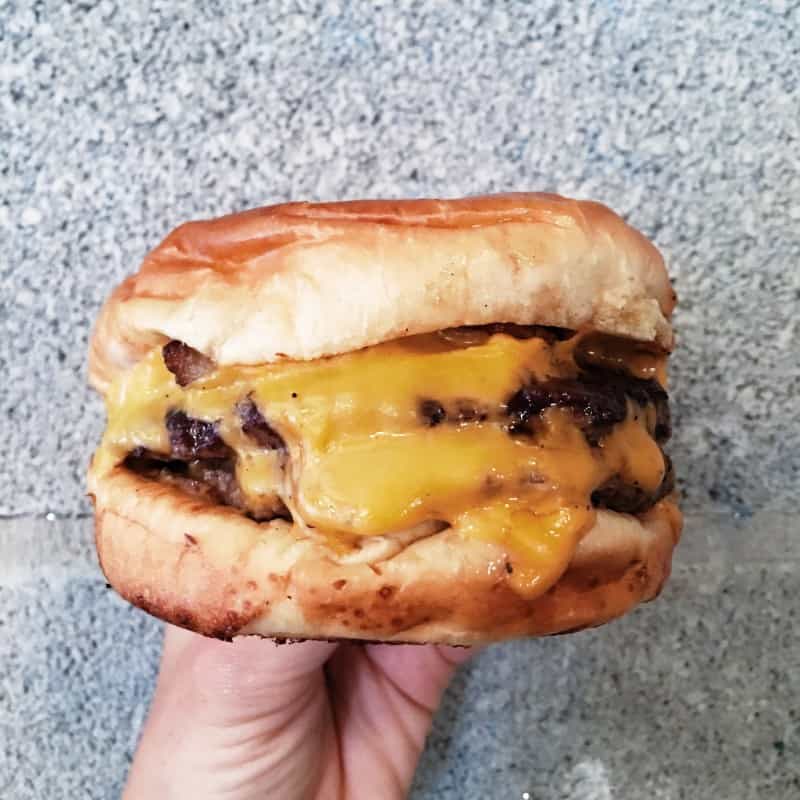 We grabbed ice cream on the way home, then did some grocery shopping and hung out at home the rest of the night. I took a two hour nap since I’m just trying to rest my back when I have the chance and watched some crime shows on ID network. SUPER exciting end to the weekend, but relaxing nonetheless.

I hope you all had a great weekend and are kicking off this week on a great note!