Today I’m banging out a 12 hour day to fit in clients and classes that I won’t be able to see later in the week because I’ll be in LA. WOOT! This week is Blogfest in LA, so I’m headed out Wednesday afternoon to stay with Neil’s brother’s family in Santa Monica.

You’ve probably seen plenty of exploits from CA over the years, so you know that I love going out there to visit. I’m super excited to see old (and new!) blog friends as well as spend time with family.

Before we get on to new adventures, here is a quick recap from this weekend.

Saturday I had a progress appointment at Trifactive and I was cleared to work out and only have to come a couple more times!! I plan to work out tomorrow if scheduling works, which will make it a month since I’ve been able to break a sweat. OMG it’ll be great.

After my appt, I met up with a blog reader who was in the city for the morning. We grabbed coffee, talked fitness, and had an awesome 30 min or so before I had to go teach a class at Sweat. 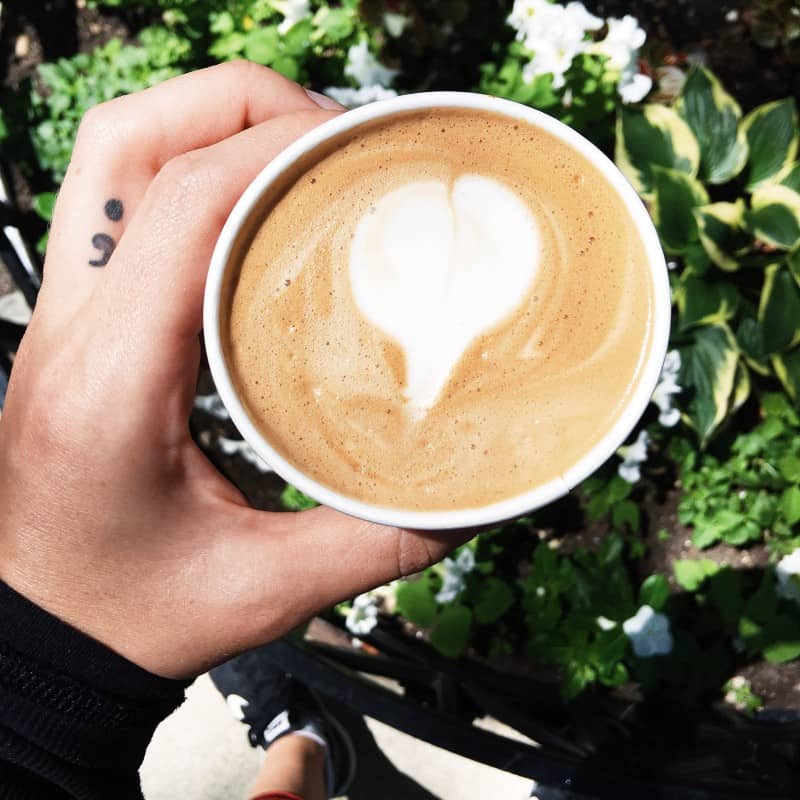 I headed home, took a nap, painted my nails, and watched cartoons with Neil. It’s an exciting life we lead.

We decided we wanted steak for dinner, so we went to Mariano’s, which is a bit of a walk from our place. Why we decided to head towards Millenium Park on a Saturday in the summer I have no idea, but I bought lots of unnecessary things and also carried out my creepy ritual of hanging out at dog parks sans dog. 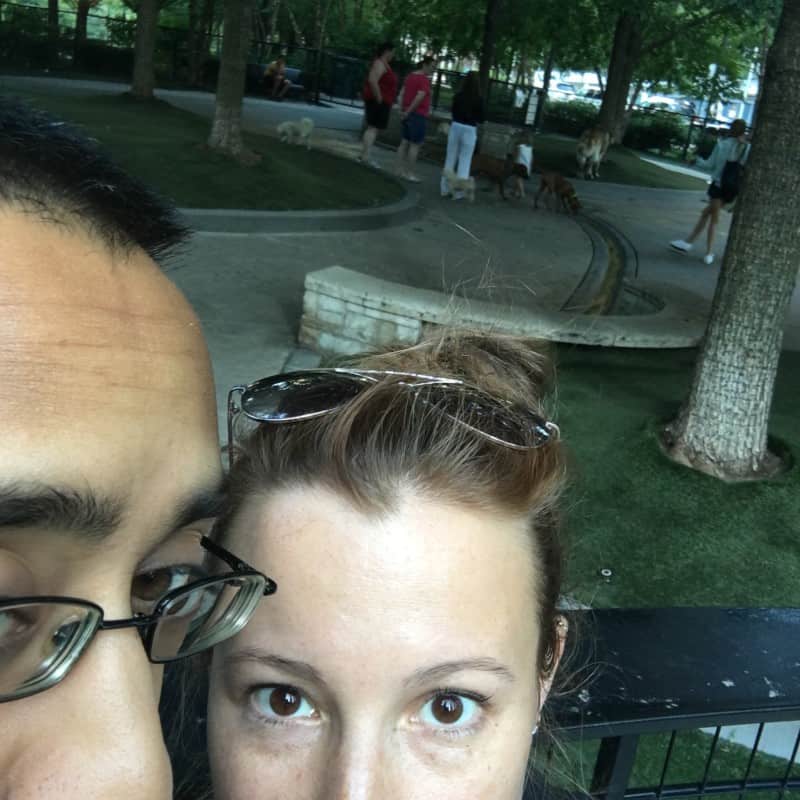 Saturday night we rewatched What We Do In The Shadows, which is a hilarious vampire documentary. I don’t really know how to describe it beyond that. It’s great.

Sunday we headed to Burger Fest in Roscoe Village. We got there right when it opened to avoid the crowds, which also meant we had first go at all the burgers. 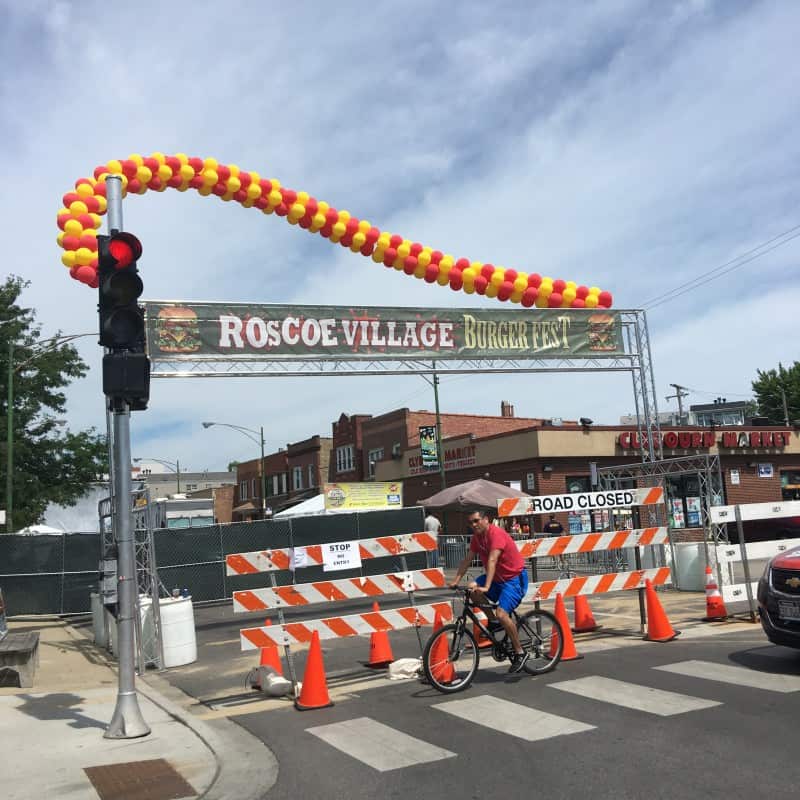 Neil and I split a couple of sampler-sized burgers so that way we could get as many in as we could. We ended up with three. 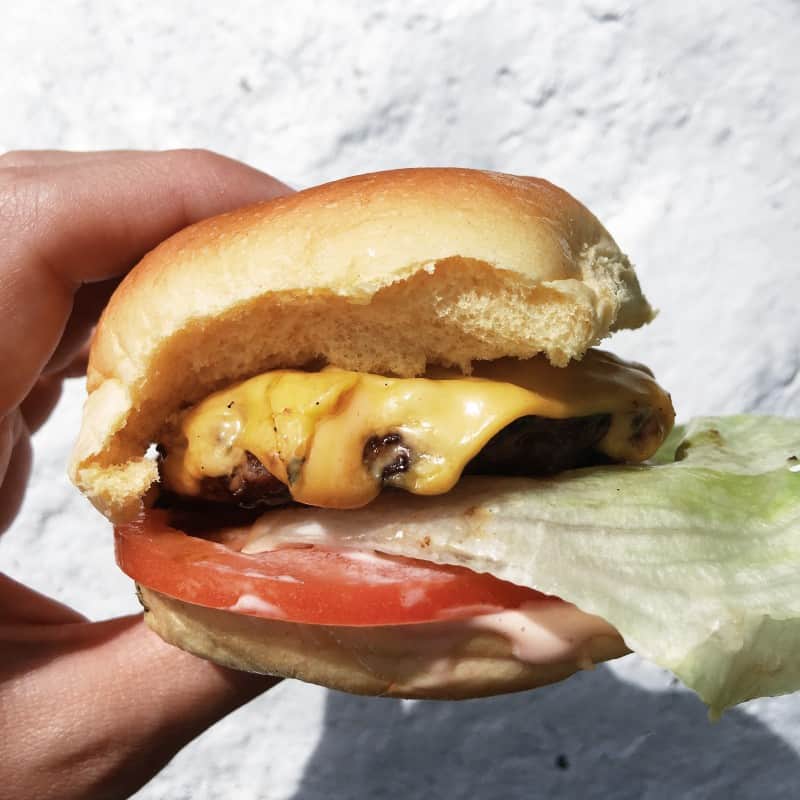 This burger won the critic’s choice award the previous day. Honestly, I can’t remember what was on it, but it was spicy and amazing and it was a good thing we saved it for last. 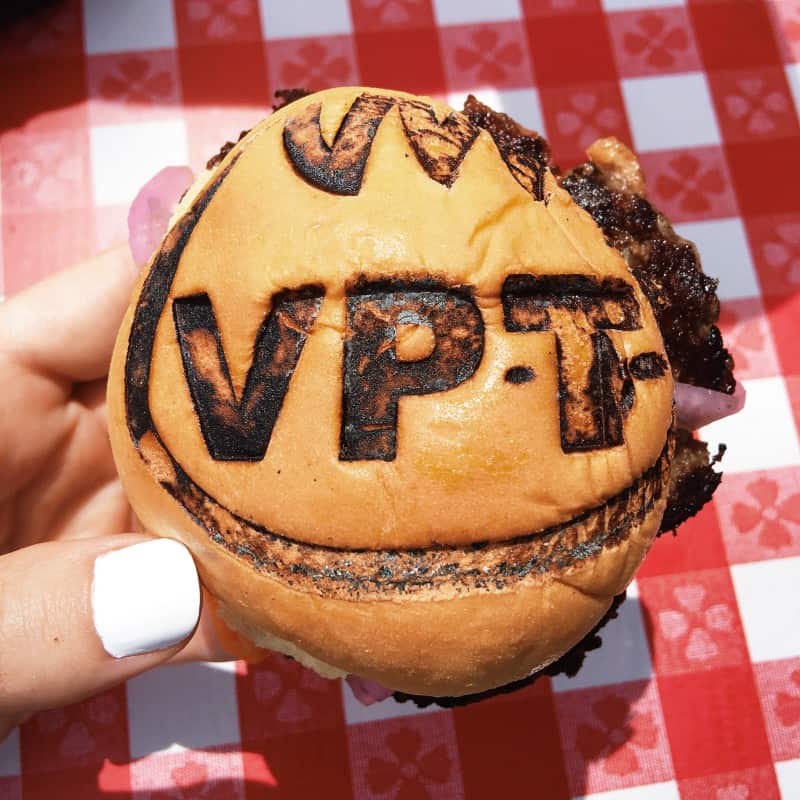 I wanted to make sure that I saved room for THIS. A stand called Doughy Delights offers three options: eggless cookie dough, cookies, and ice cream. You can then mix and match everything. You can just get the dough, the cookies, or combine flavors and things.

I asked them to give me a sandwich of cookie dough AND ice cream, which was previously unheard of. They then put it in a cup for me and told me not to bother trying to pick it up to eat. CHALLENGE ACCEPTED. 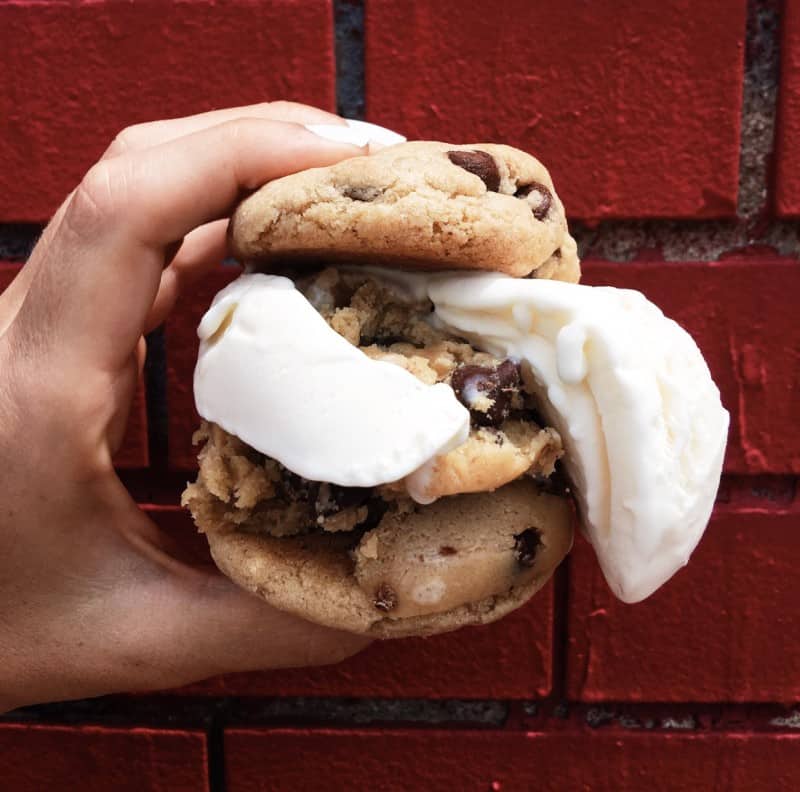 We headed home and I made almond butter and took more creepy selfies. 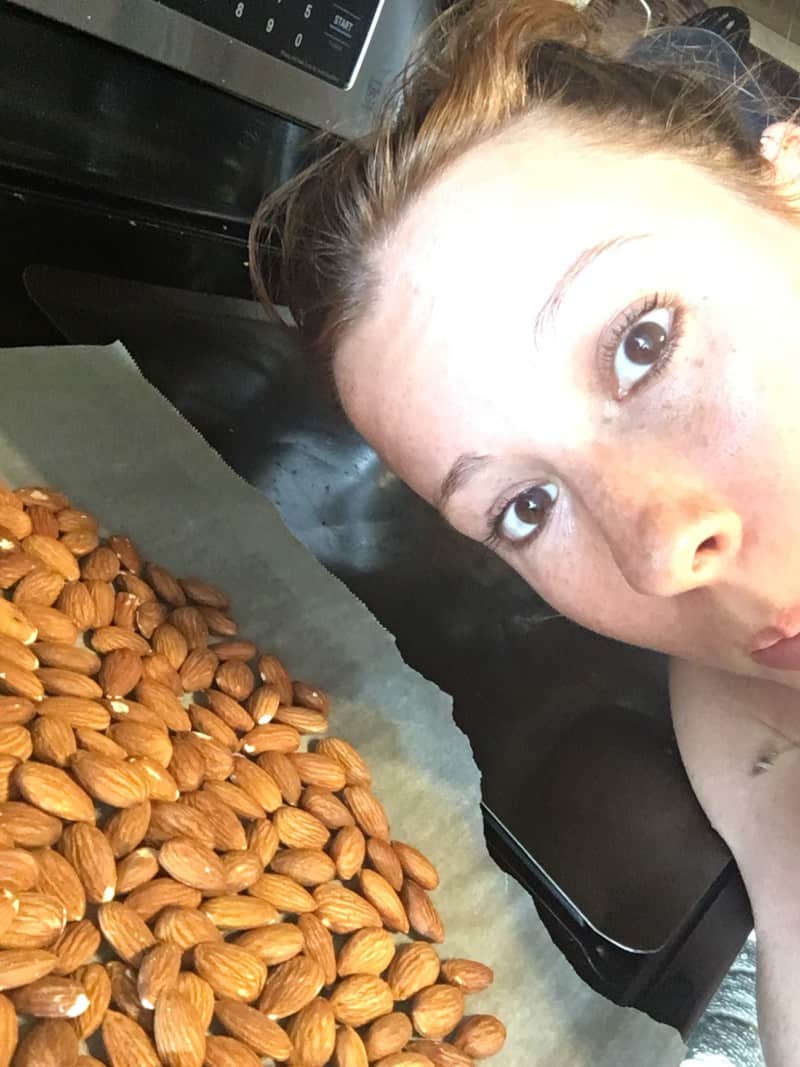 Wrote workouts for the week, scheduled emails, and did some light reading. 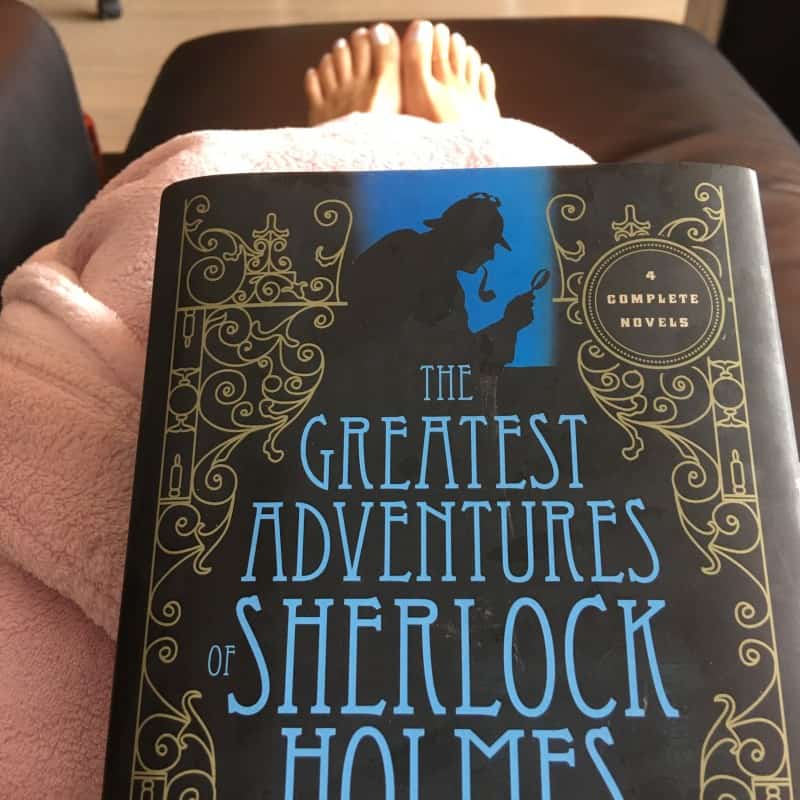 Then I happened to see a picture of ceviche on TV and I needed it IMMEDIATELY.

We tracked some down and then since we were already out, I finally got the sundae I’ve been toying with getting for about three weeks at Ghirardelli. I dream about this whipped cream. 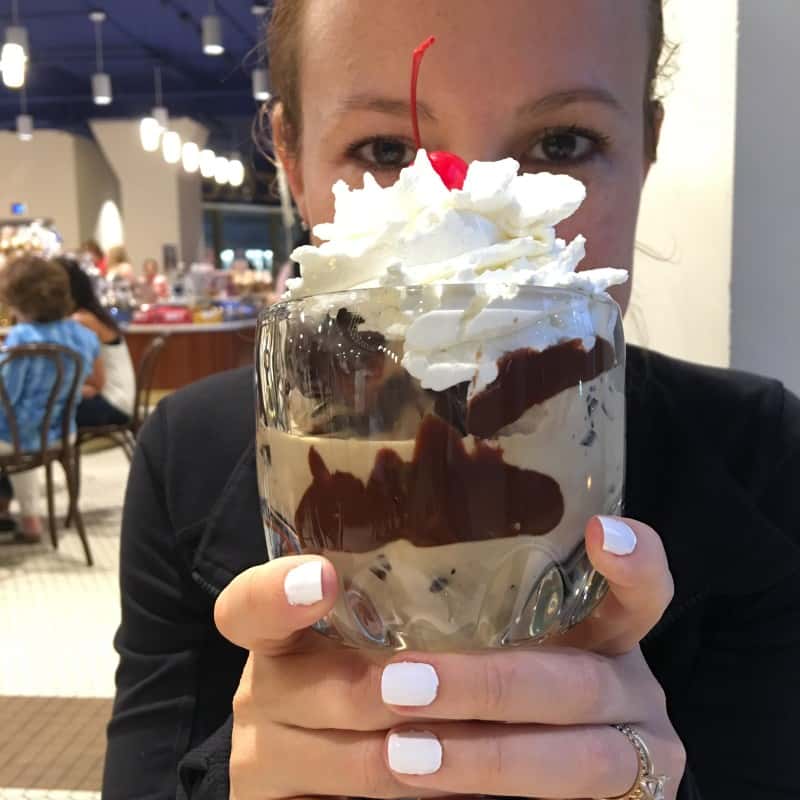 Dinner went completely opposite from the smoothie and yogurt I was planning on having, but sometimes you just have to embrace the delicious moment.

That’s it for this weekend — I hope yours was amazing and I’ll be back to talk soon!