LA Weekend and Anniversary! - Erin's Inside Job Skip to content

I have had the best four days, but for brevity’s sake I will start off with recapping the weekend and save my Blogfest recap for a little later since I want to be able to put more time into it. I’m also getting ready to attend Fitbloggin’ towards the end of this week, so thankfully this is another short week for me. SCORE.

First off, Blogfest was AMAZING. Way better than my experience last year. Check back for the recap.

Blogfest itself is only two days during the IDEA World Health & Fitness Convention. While many people stayed for the weekend to take fitness and educational sessions, I did the same thing I did last year, which was to spend two days in LA and then the other two in Santa Monica with Neil’s brother’s family.

After a ridiculously long trip to the airport on Friday night to pick up Neil, we were all starving and needed tacos immediately. Mondo Taco did not disappoint. 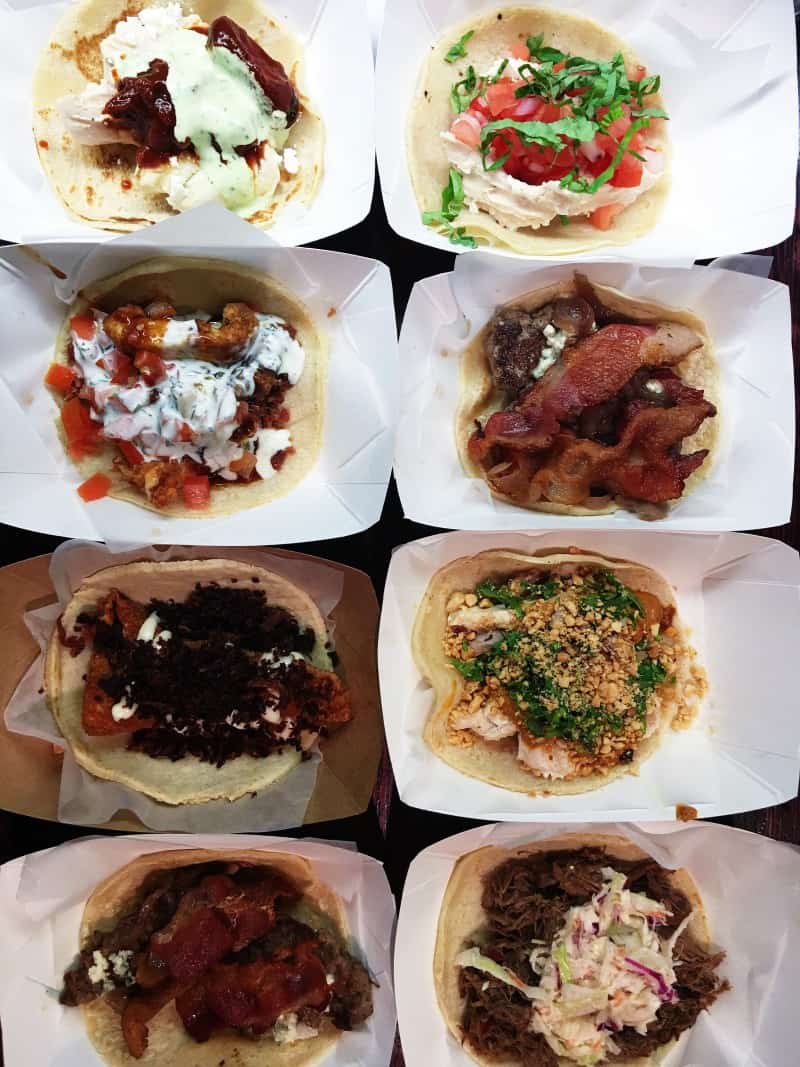 We spent time at home talking and playing games, but were in bed before midnight.

Saturday morning we slept until about 7:30 am and then my sister in law and I headed to the infamous Santa Monica Stairs for a workout. I’ve written about these before, and most times that we visit I try to get out there — especially for views like this. 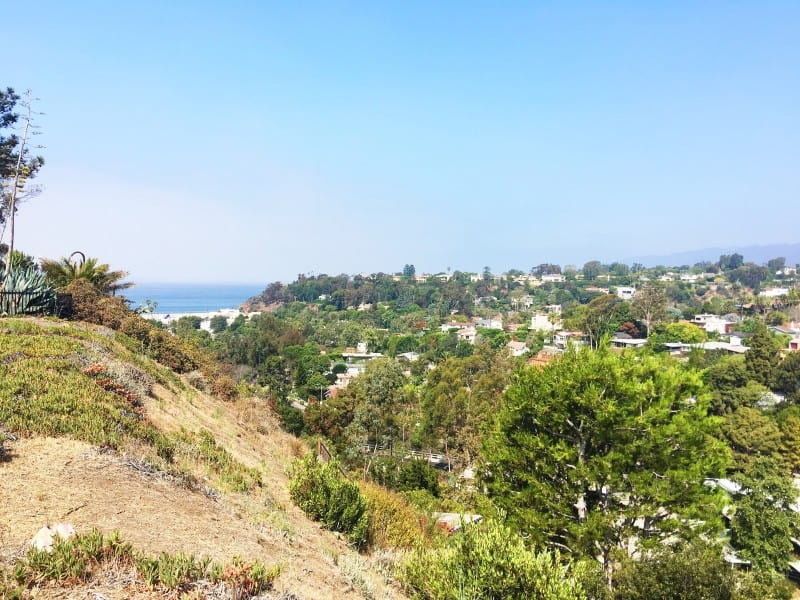 You guys, there are so many stairs. I tried counting and then stopped because I got focused on trying not to die. There’s this set and then another stone set further down, so I will usually go down one, sprint to the next one, go up those, and sprint back to the top of the original ones, making a horrible loop of awfulness. 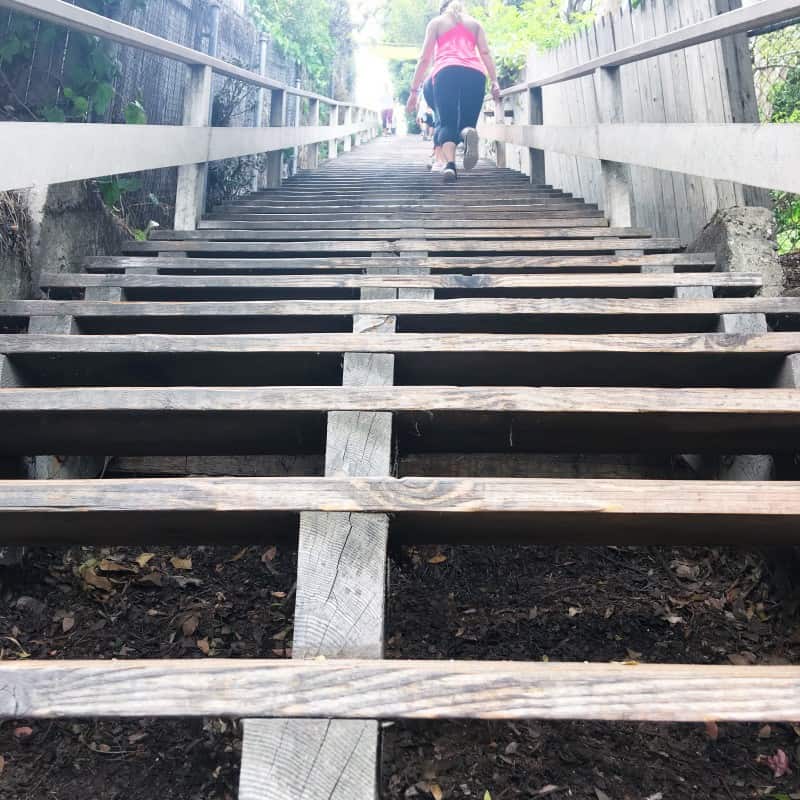 This time, instead of doing a lot of the sprinting, I focused more on just the up and down of one set. When I would reach the top, I would do another move such as pushups or burpees before heading down again.

I also sat on the curb and accosted this precious dog. I promise he loved me, but he’s just not happy about getting his picture taken. So glad the owner didn’t see me creeping on her dog. 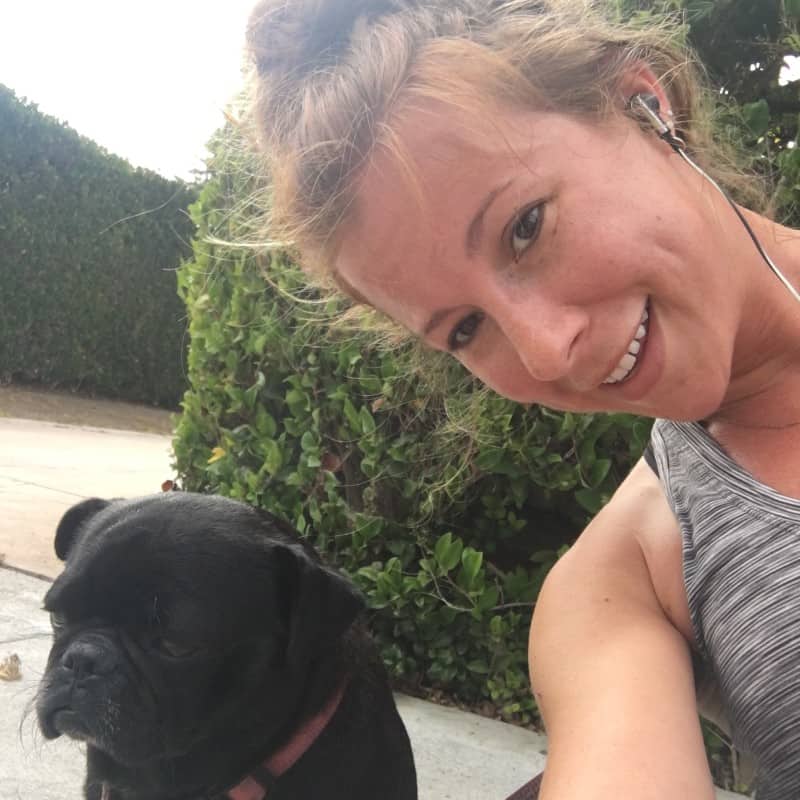 A little over an hour after I started, I met my sister in law where she was walking along the bluffs. That’s the Santa Monica Pier in the distance. 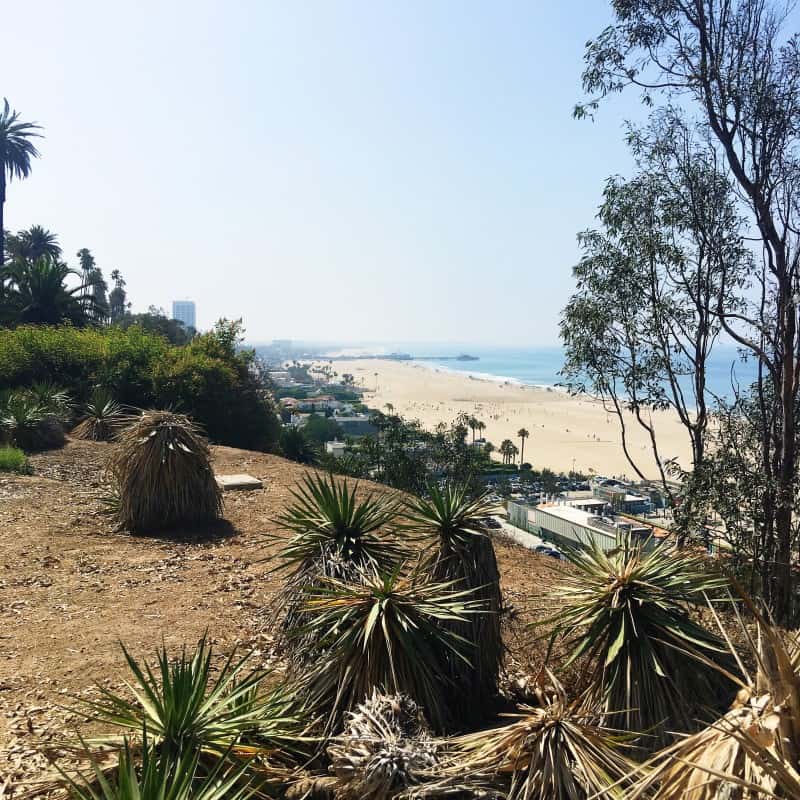 We headed home, showered, and then headed out for LUNCH.

Since I eat all the food and take all the pictures, we actually ate at two places for lunch. We couldn’t decide between poke and Sweetgreen, so we had a little bit at each one. 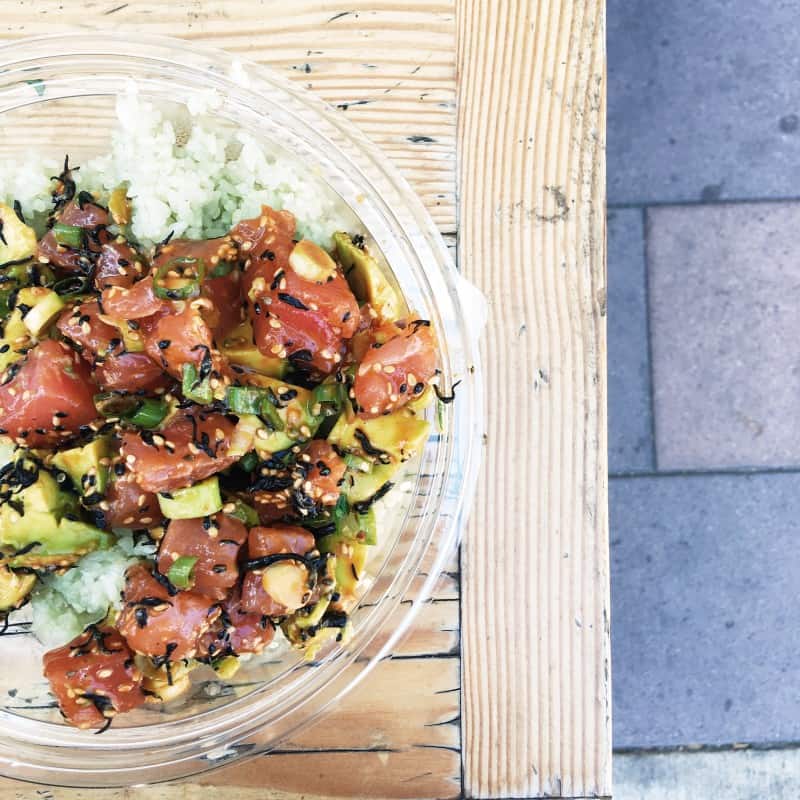 Neil and I LOVE Sweetgreen, but haven’t had it in forever since we moved away from VA. Amazingly, they are finally building one here in Chicago right near our place and I will eat there every day of my life. 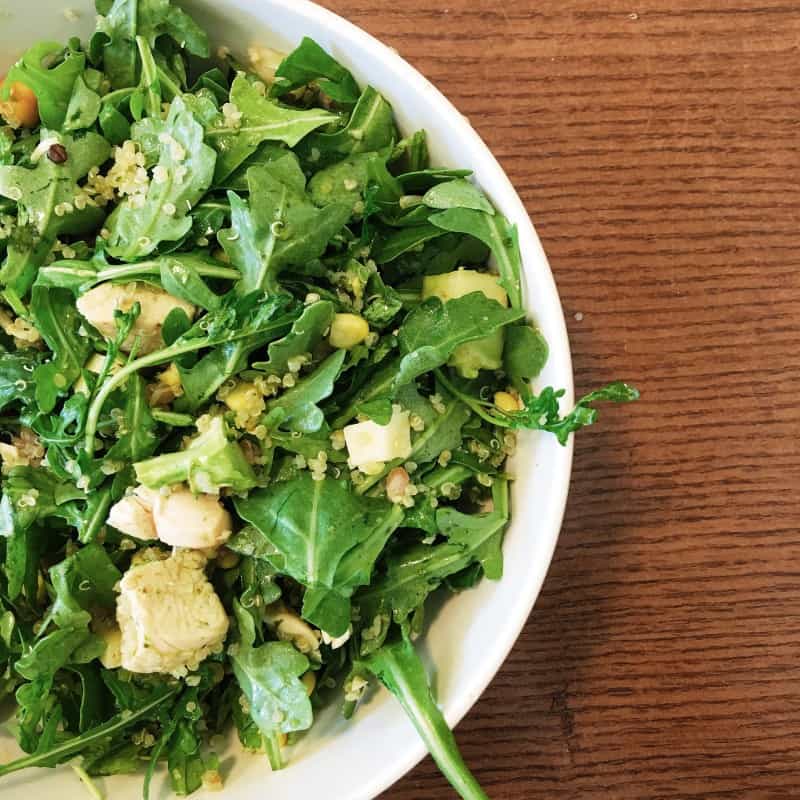 Since yesterday was National Ice Cream Day, I needed to find a picture of ice cream to share with the world. This is from Stickhouse Gelato, which is exactly what it sounds like. You choose a flavor of gelato on a stick, which type of chocolate you want it dipped in, then toppings.

This is my pistachio gelato with pistachios masterpiece. So meta. 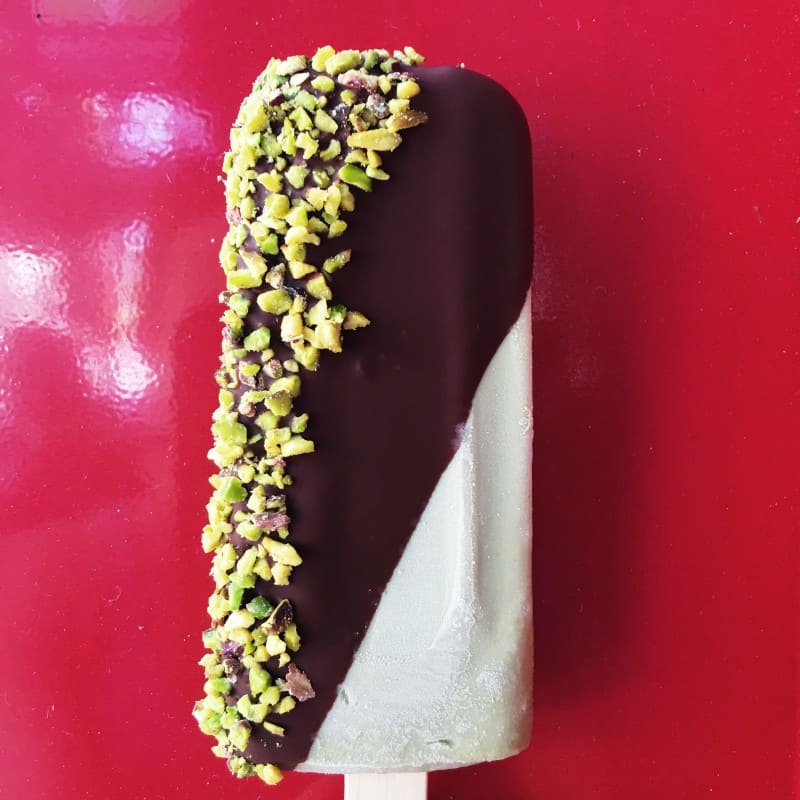 Saturday night, we all went out for seafood to celebrate my brother and sister in law’s anniversary as well as mine and Neil’s, which was yesterday. Those are my niece’s glasses. I just ooze class at nice restaurants. 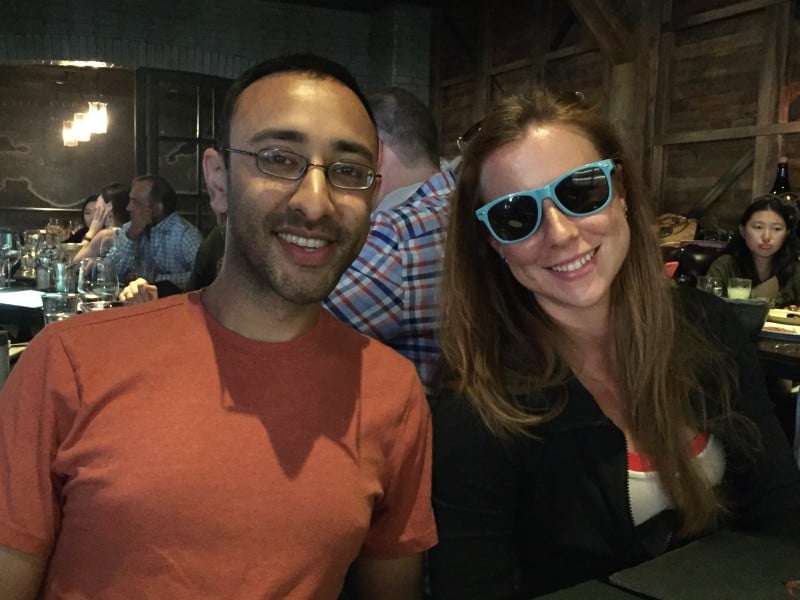 We also threw my birthday in there as well since that’s coming up this Wednesday. 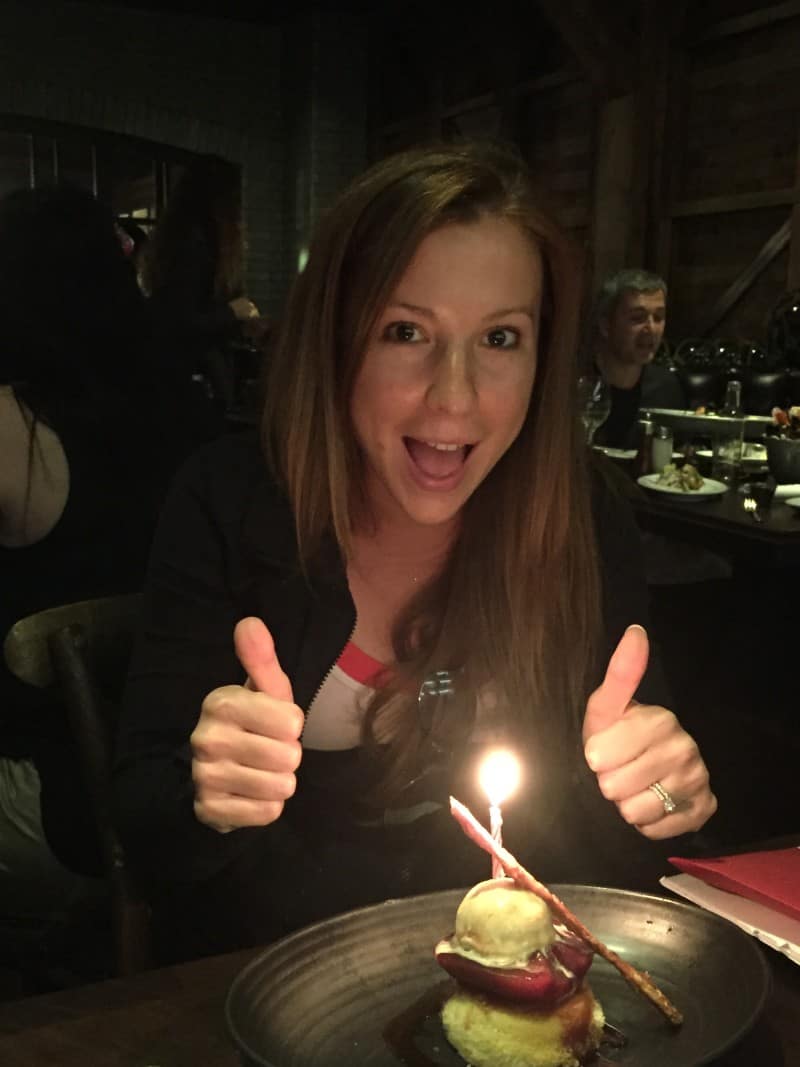 More games ensued that night, but we turned in around 11 pm since we were beat.

Sunday morning, Neil and his brother drove out to Bluestar Donuts and brought back THE MOST AMAZING DONUTS EVER MADE. I seriously think that I may like these more than the ones in Chicago, and that’s saying a lot.

Some of the flavors: 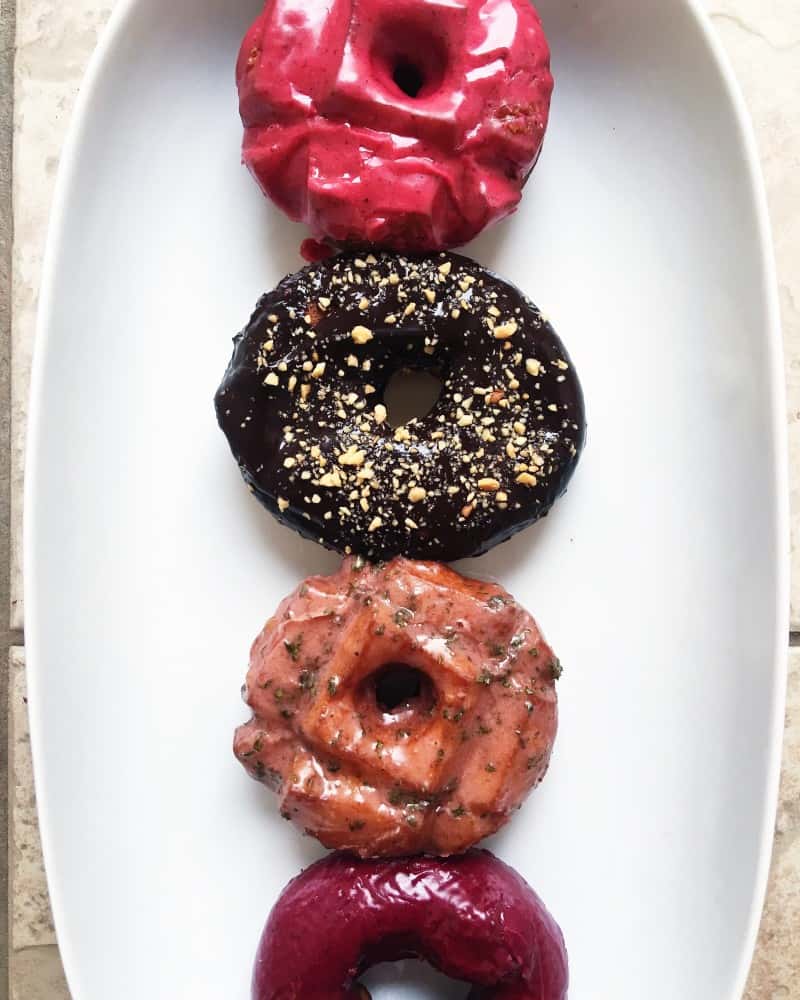 Our flight out was around 11 am, so we headed to the airport, flew home, unpacked, and relaxed the rest of the evening.

And to end on a nice cheesy note, here’s a photo from the day we got married three years ago. This was our legal, courthouse marriage and the giant party extravaganza happened in October.

We choose to celebrate this date as our anniversary since it’s the date we actually got married. Apparently I was a big fan of oversaturation at this stage in my life. 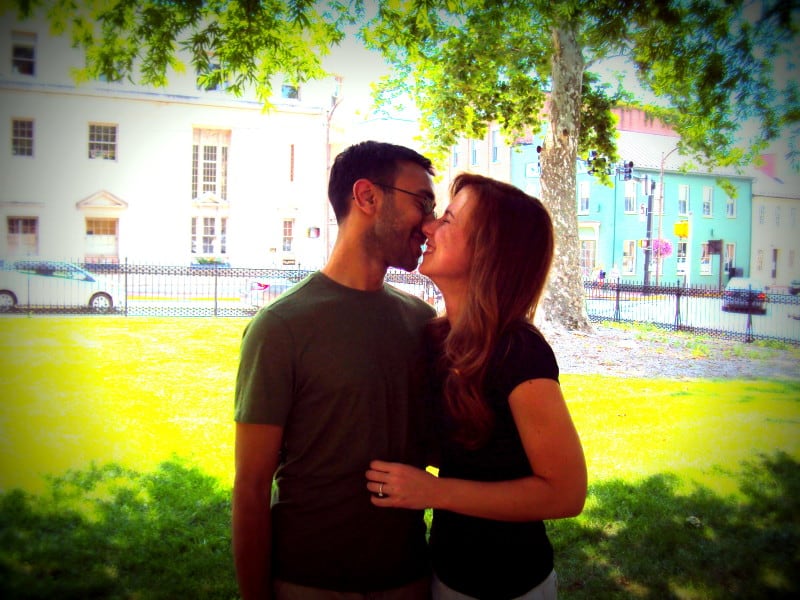 After everything we went through last year, I’m happy that I can still use this picture, as saturated as it is. 🙂

I hope you all had a wonderful weekend and I’ll talk to you soon!

37 comments on “LA Weekend and Anniversary!”