The Girls Are Back in Town

Welcome to a new week!

My sister Jackie left early this morning and it’s time to get back to the real world. Before I get into the actual events of the weekend, let’s marvel at this beauty. You may remember it from one of my earlier posts. 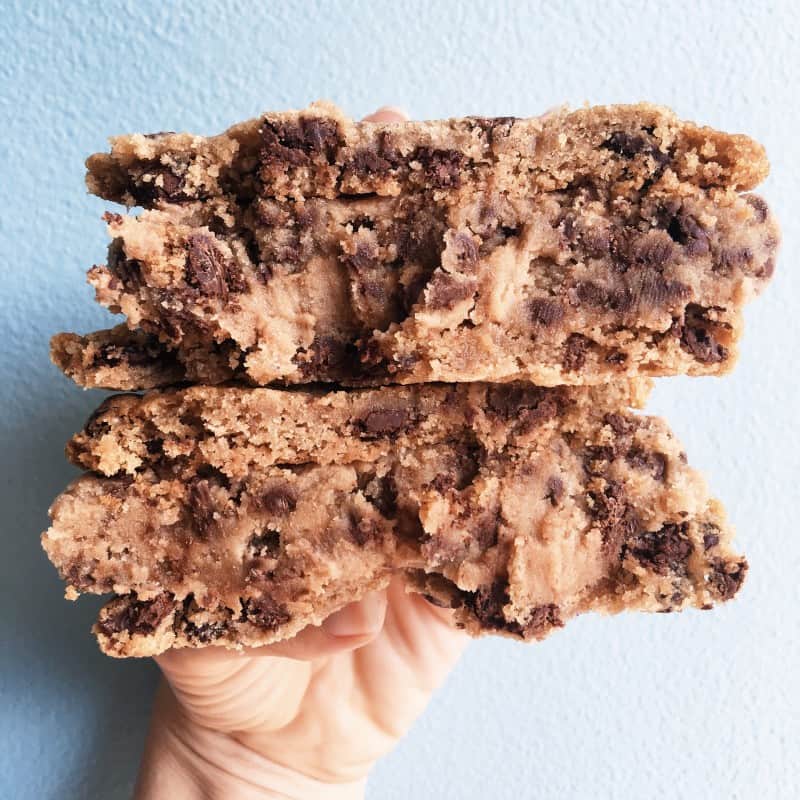 Jackie landed on Friday morning. We headed out for some shopping with Neil and I stopped in a spice store hoping to find some ghost pepper to use on my eggs since TJs has stopped carrying it (insert crying face).

The spices were all overpriced, so I didn’t leave with anything, but I did find this ghost cinnamon which I found extremely intriguing. 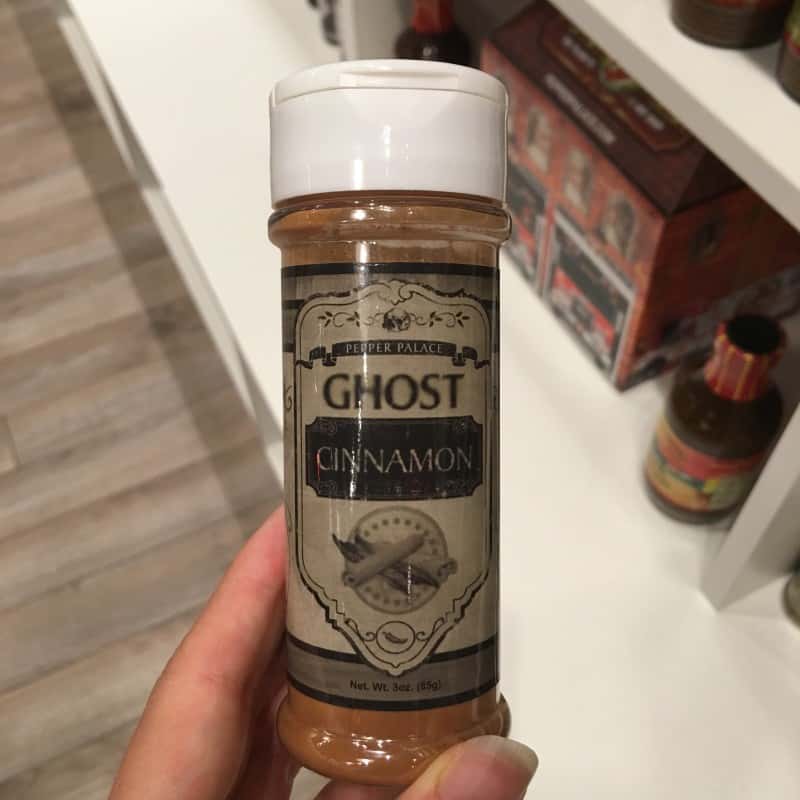 I also stocked up on some candles from Bath and Body Works because I have a candle problem. Their fall scents are out though and I NEEDED THEM.

After some quick shopping, we both had hair appointments at Dennis Bartolomei salon in Gold Coast. My friend Jordan cuts my hair and is the first person I have found who makes my super delayed haircuts still look good months later. 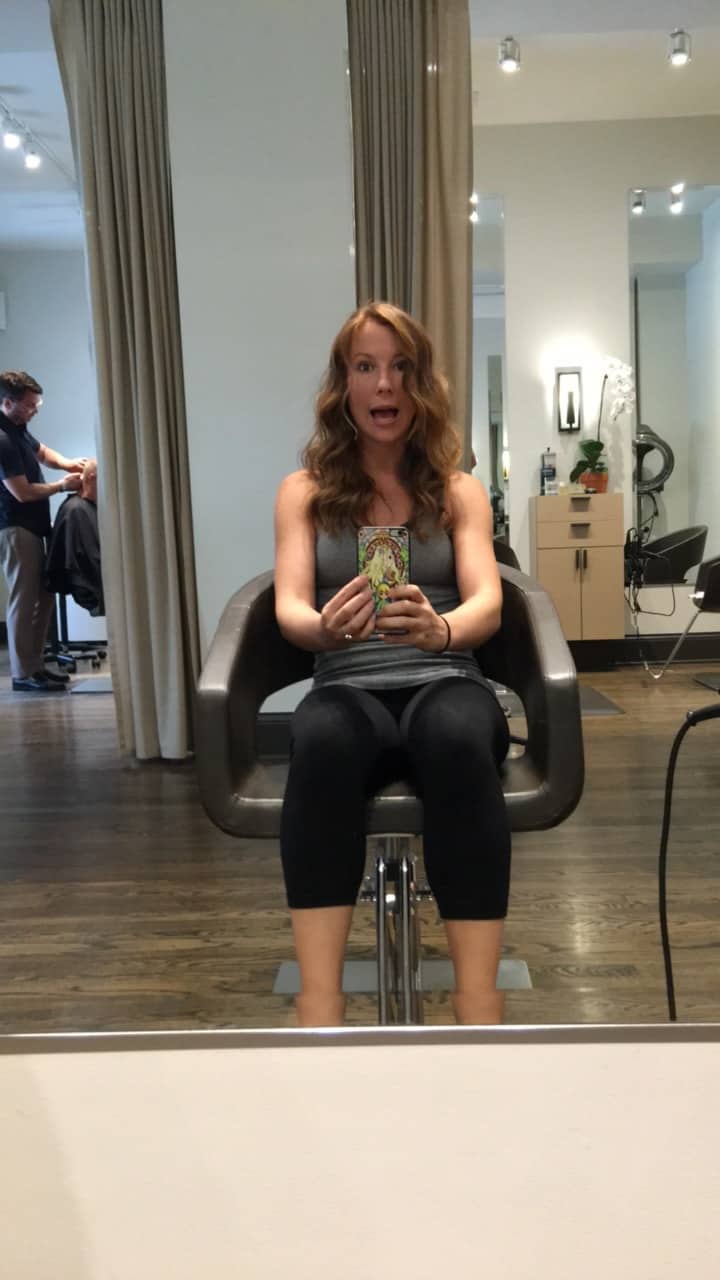 I also love that they have this wall outside to take pictures. We so fancy. 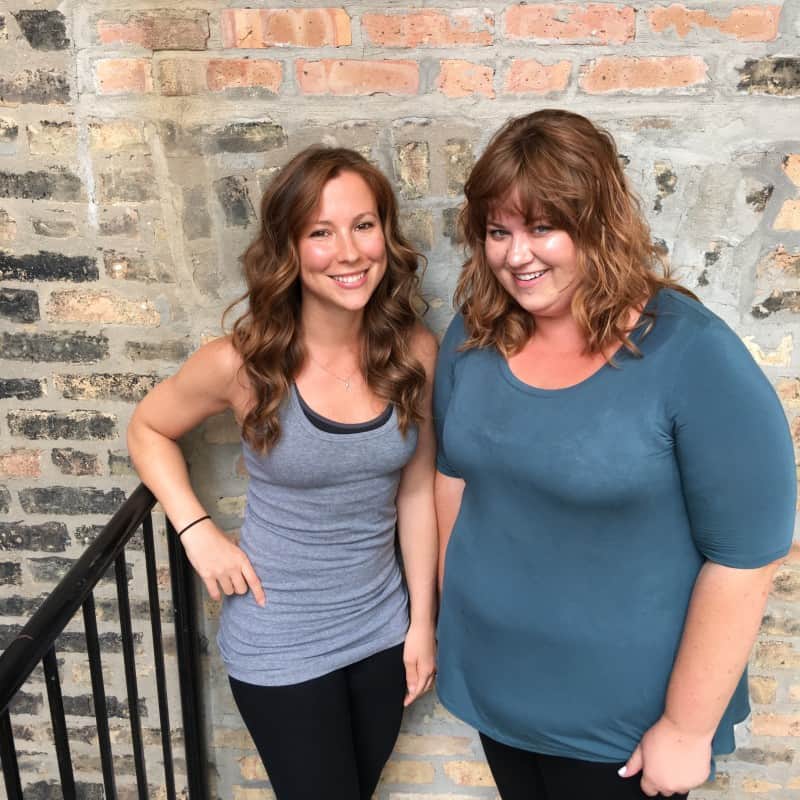 I was so glad to get my hair done earlier that day since later that night we had dinner with my uncle who also lives in Chicago.

Earlier in the day I stopped into H&M to buy the orange version of the dress I wore last weekend in NYC. I rarely find dresses that I like, so I knew I had to buy it in all possible colors. Now if they only had it in black… 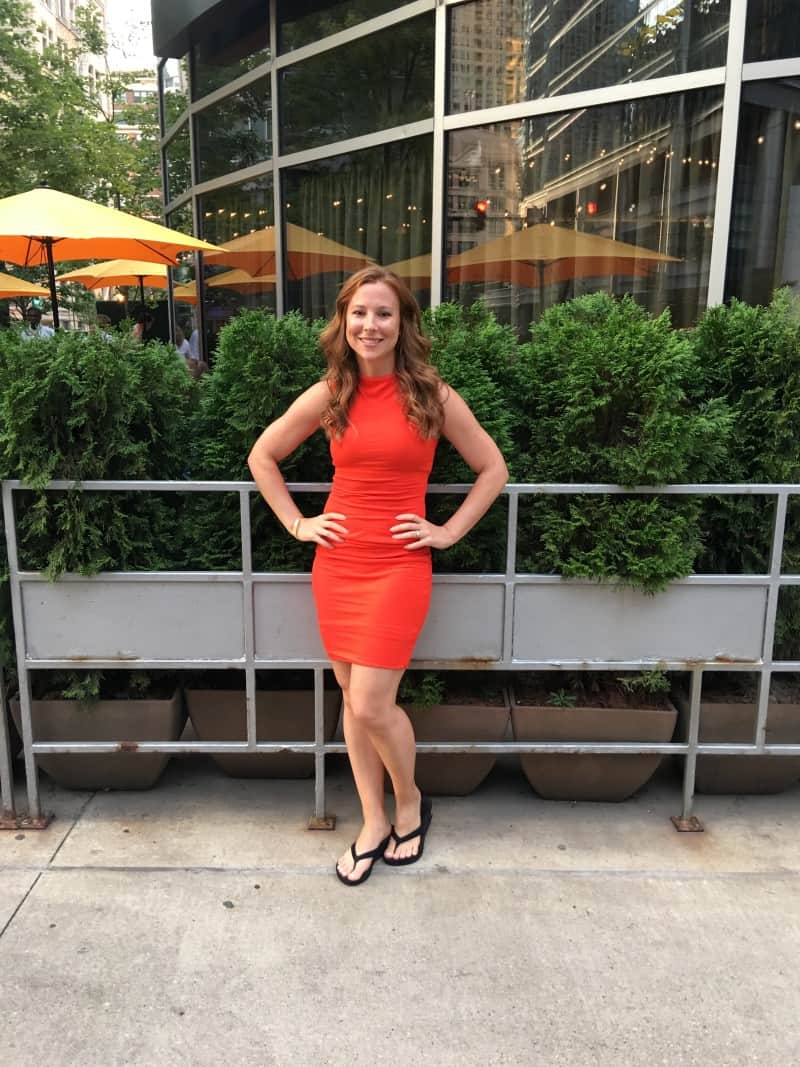 We had dinner at Bavette’s, which is a beautiful steak restaurant in River North. When we first moved here, Neil took me inside to show it to me since he thought I would like the decoration. It’s dim and decorated like a 20’s style restaurant and I loved it. The food was also amazing, but I couldn’t take any pictures since it was so dark.

Here’s a shot from inside to give you an idea: 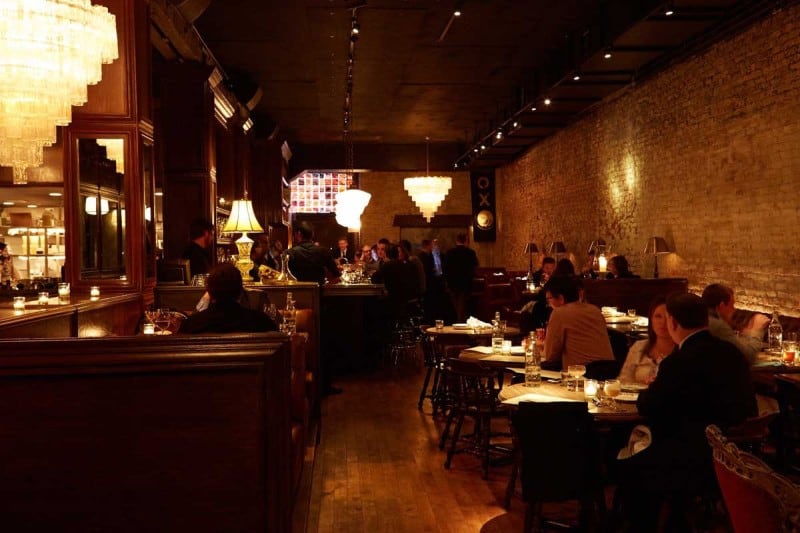 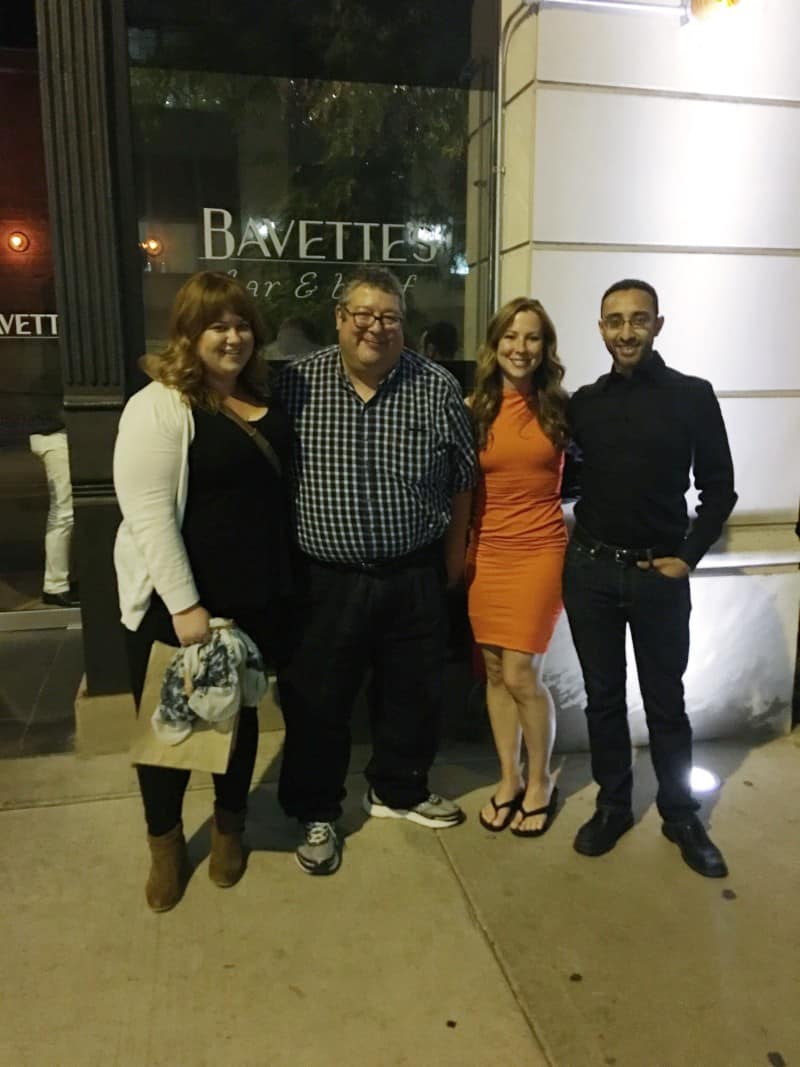 We woke up on Saturday to rain and fog. We had plans to go check out Green City Market, but because of the weather we decided to stay in. That’s when we made a decision that would suck up our entire weekend.

We started watching The Night Of because we had heard good things and it felt like a TV kind of day — at least until the rain cleared up.

Long story short, we watched all the episodes that are currently out. The story is good, but anxiety-provoking at times. I also LOVE the way it is shot. I love the opening credits, the music, and the cinematography. Basically, it’s amazing.

We did take a quick break to go grab a sushi lunch from Lawrence Fish Market. It’s a 20 minute drive from our place and cash only, but the cheapest sushi we’ve found in the city.

We came home and immediately started in on another episode. We did take another break to head to Sweet Mandy B’s to say hi to my friend Sherrie and also to introduce Jackie to that beautiful dessert pictured at the beginning.

One the way home we grabbed sandwich ingredients and had a sandwich party for dinner. This way we were able to eat quickly and stay at home to get more show watching in. 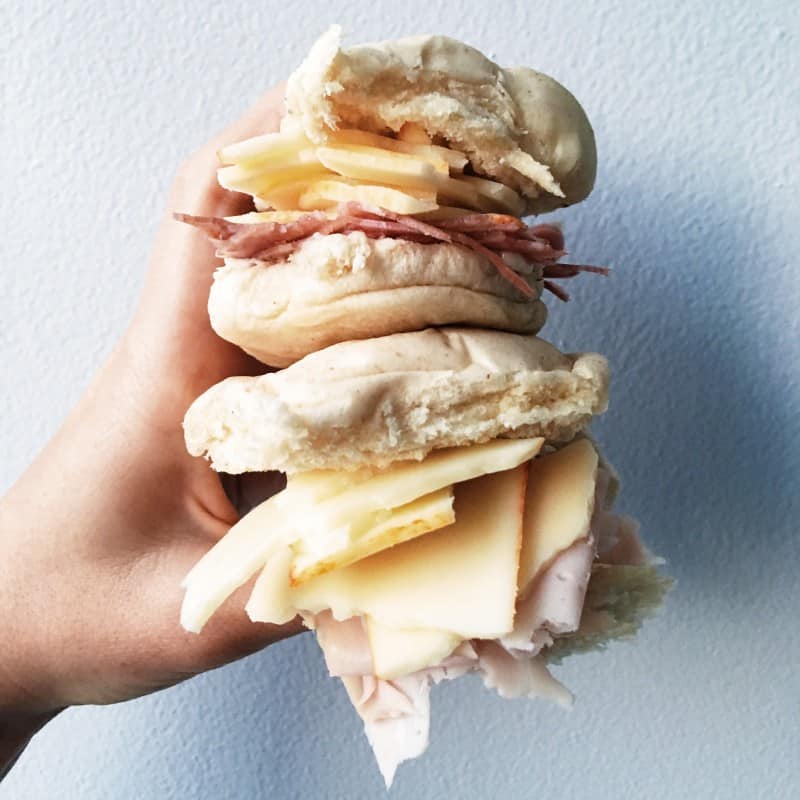 One more break to head to Ghirardelli so Jackie could get her coveted chocolate malt. I mixed it up this time and got a vanilla milkshake. Anything that has that magical whipped cream on it. 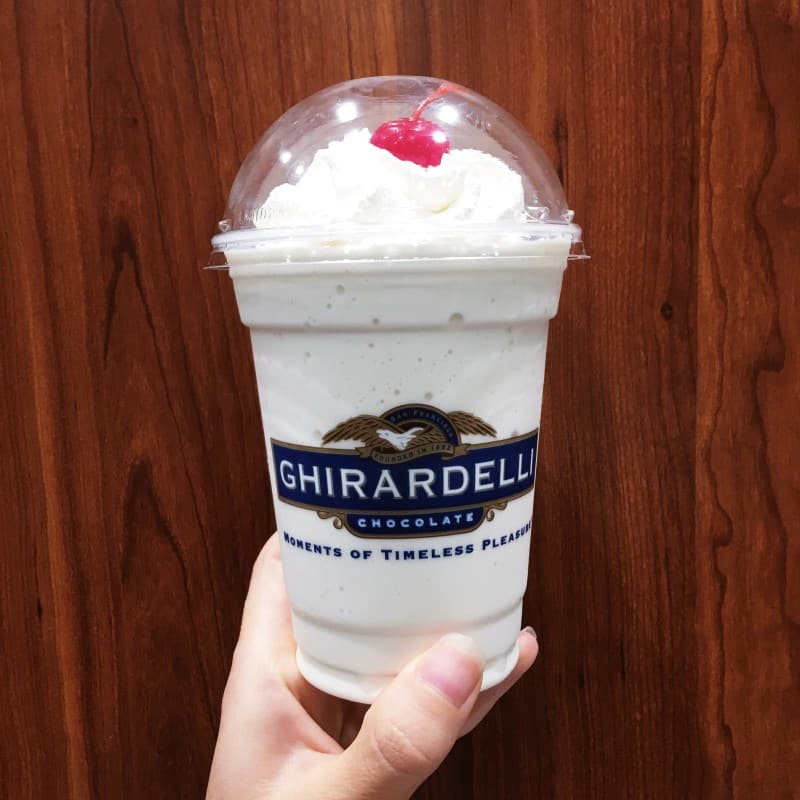 Sunday the first thing we did was watch the last two episodes we had left. It became a serious problem. Basically, Jackie was down with our lazy weekend exploits and we did very little touristy Chicago things. It was nice to hang out and catch up.

We watched a couple movies, made breakfast for dinner, and I got her a cake from my friend Cate since her birthday is next Friday. 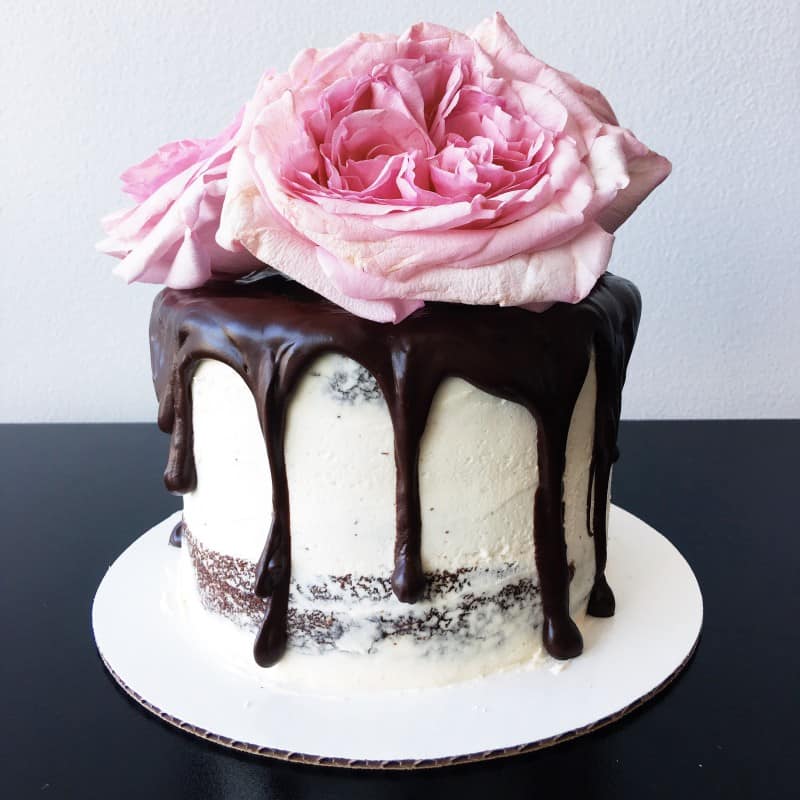 We wrapped up the night with an extended game of Sporcle that Neil was able to put on the TV screen so we could all play together. If you’re a fan of trivia and have never played Sporcle, it’s life changing.

While we didn’t adventure too much, we definitely got our food quotas met and had a lot of good quality time. I’m heading back to MD in a couple weeks and will see some family again soon, which is always great!

That’s all I have from this weekend — let me know how yours was in the comments! Also let me know if you want some cake because I’ve got some waiting for ya. 🙂

32 comments on “The Girls Are Back in Town”