Weekend in NYC - Erin's Inside Job Skip to content

I had a great weekend in NYC and am back for another four day week. BAM. My sister comes to visit on Friday, so I only have one client in the morning and then it’s time for more city adventures!

Before I get ahead of myself, let’s backtrack to this weekend. But before backtracking, here’s a shot of Chicago on our way back in to the city. 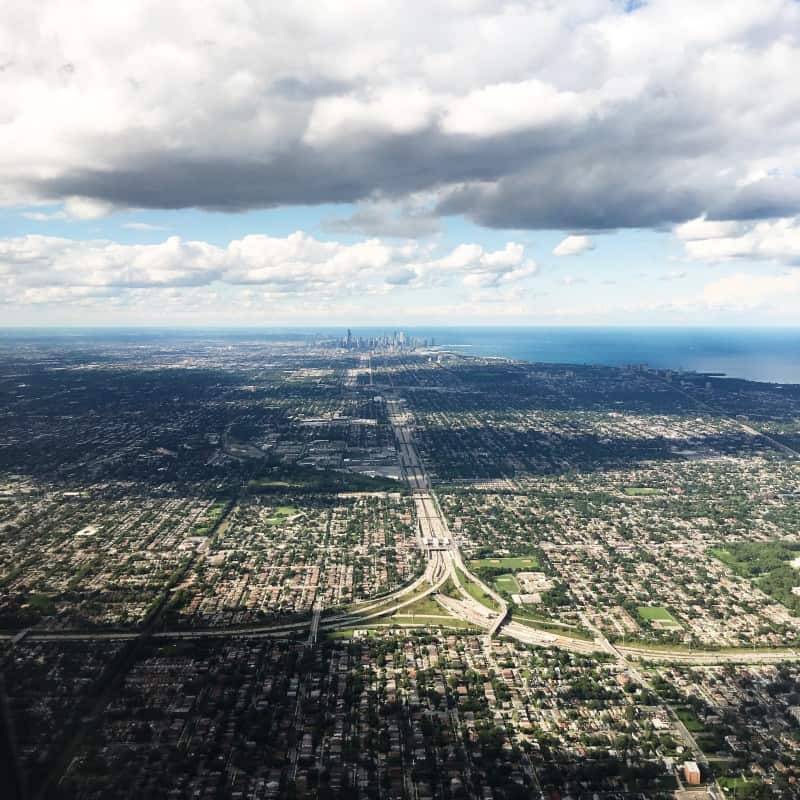 We left for NYC Friday morning and got in around 11 am. I had grand plans to hit three dessert places before a family dinner we had planned for the evening. Since I was advised not to wear exercise clothes to dinner (lame), I actually bought a dress. 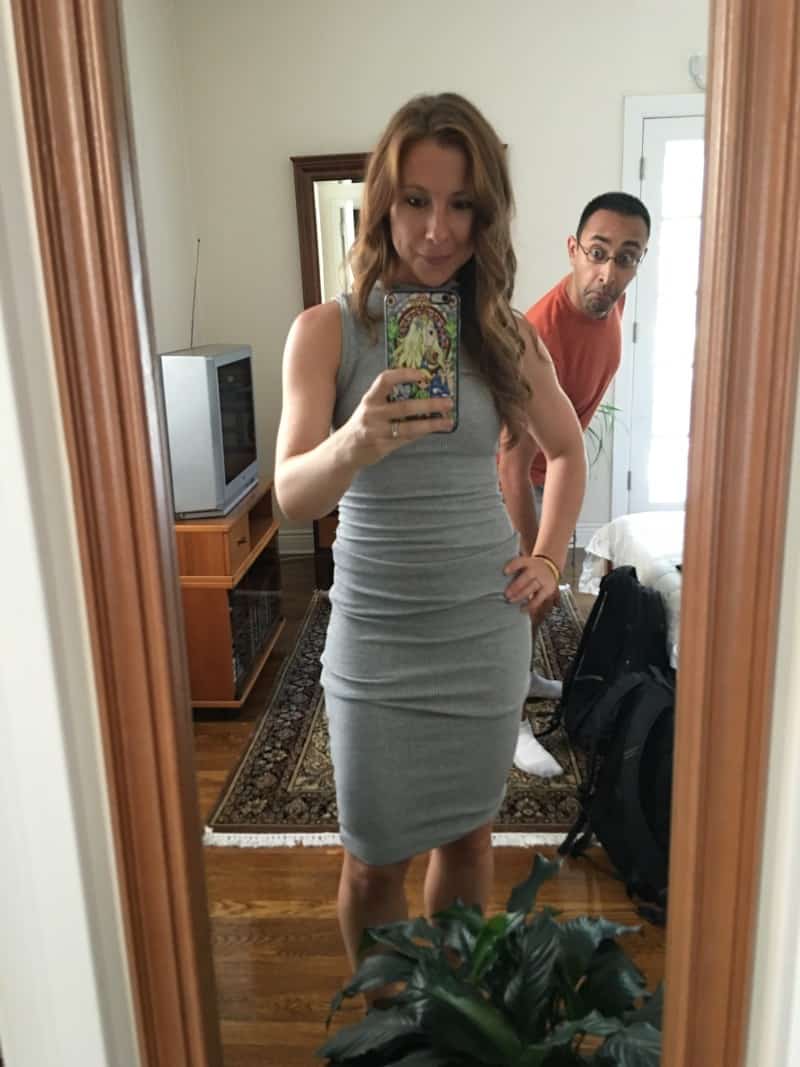 We dropped our stuff in Queens and headed into the city to try two places that were located right next to each other: Butter Lane and Big Gay Ice Cream.

I was told that Butter Lane made some of the best cupcakes ever, but honestly, I was pretty disappointed. 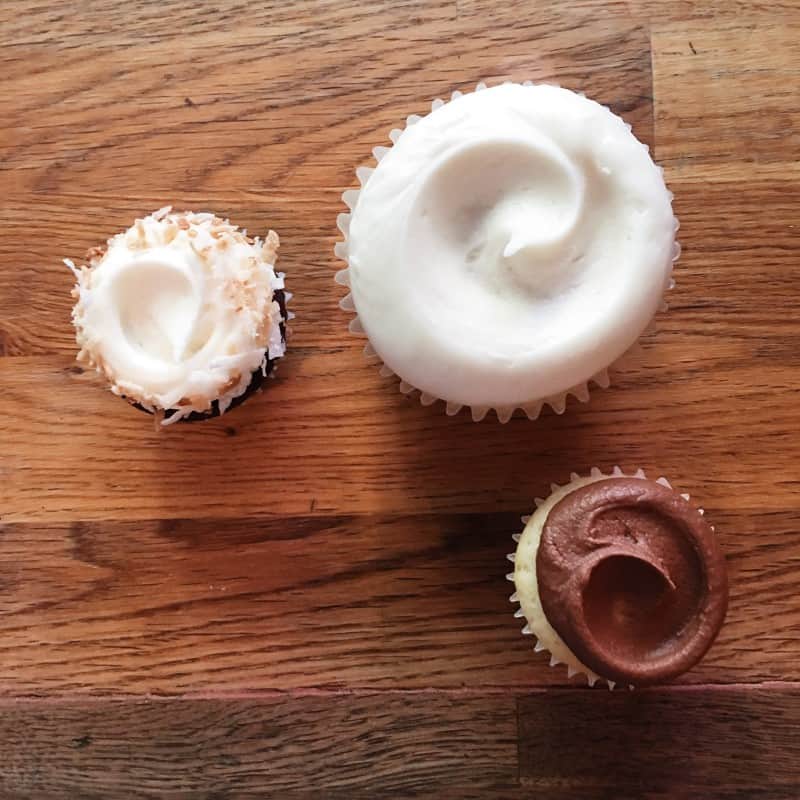 So we headed next door to Big Gay Ice Cream, who I’ve followed on social media for awhile. I got a simple vanilla cone with hot fudge, but again was a little disappointed. The fudge tasted like the chocolate had been overcooked and was grainy. Plus the picture ended up looking like a poop stick. 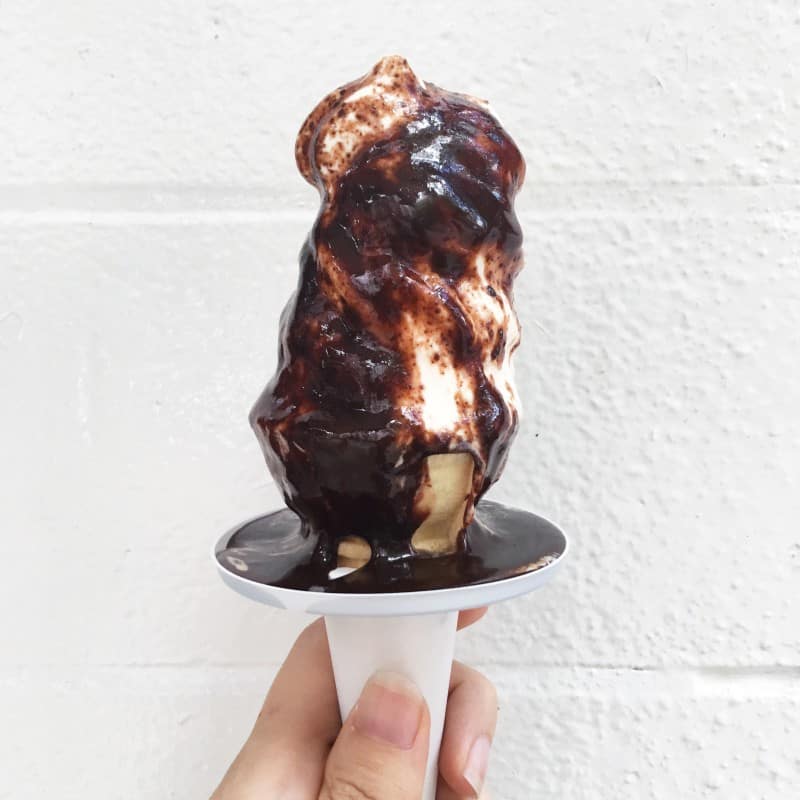 The third place I had wanted to go was the Chobani store, but it was closed for remodeling 🙁

We had about 90 min to kill before dinner, so we headed to Chelsea Market to escape the heat. It was a cute place with lots of shops and food options, so we wandered around for a bit. 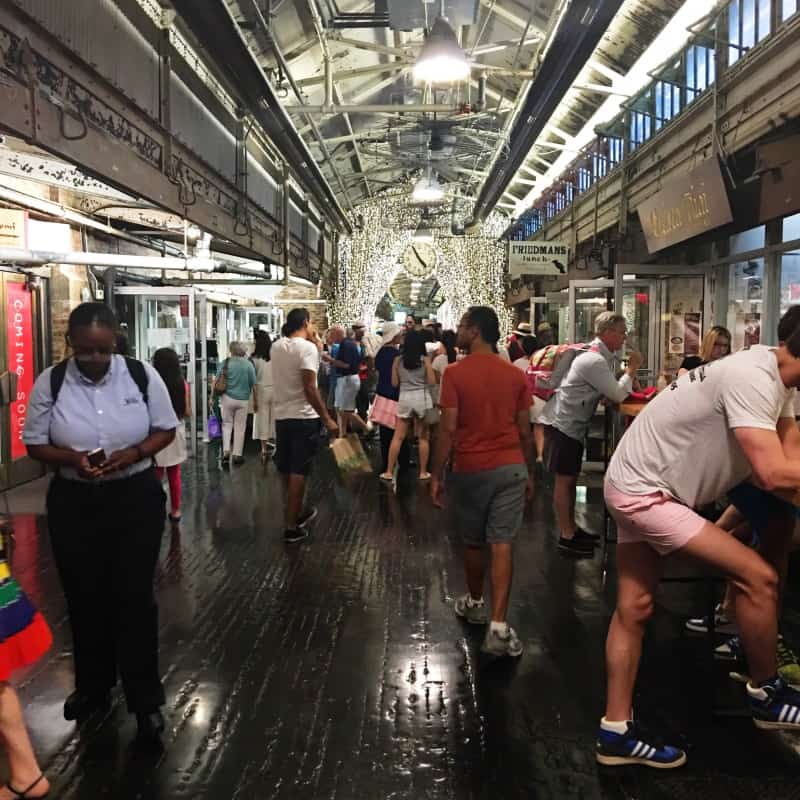 We found another cupcake shop where I got a flourless chocolate cupcake with cream cheese frosting. This one redeemed my dessert disasters from earlier. Yes, at this point I had now eaten two cupcakes and an ice cream cone. 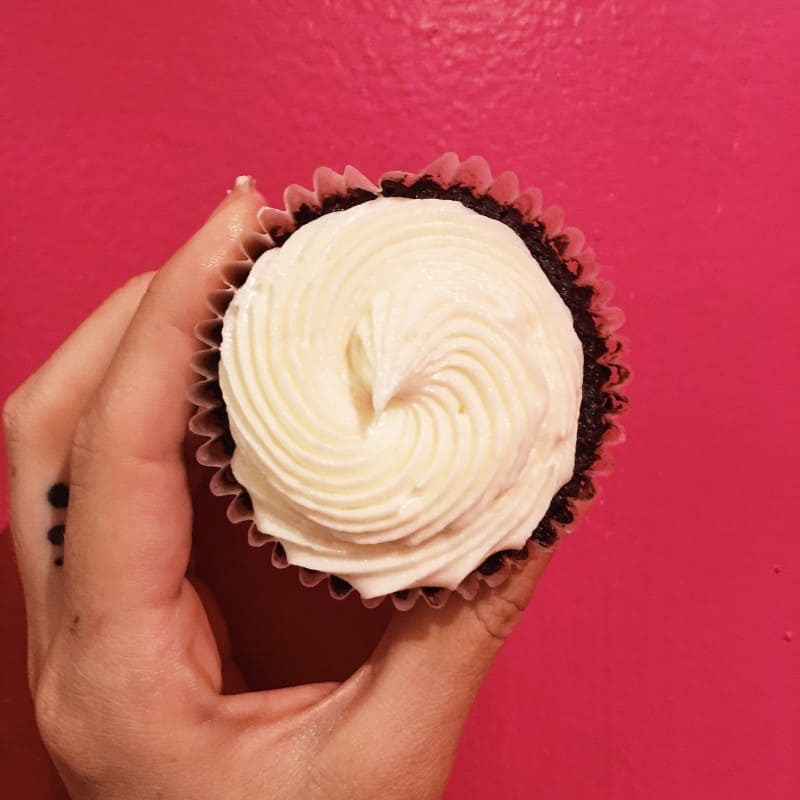 We headed to Momoya sushi to meet Neil’s other cousins who live in the city. 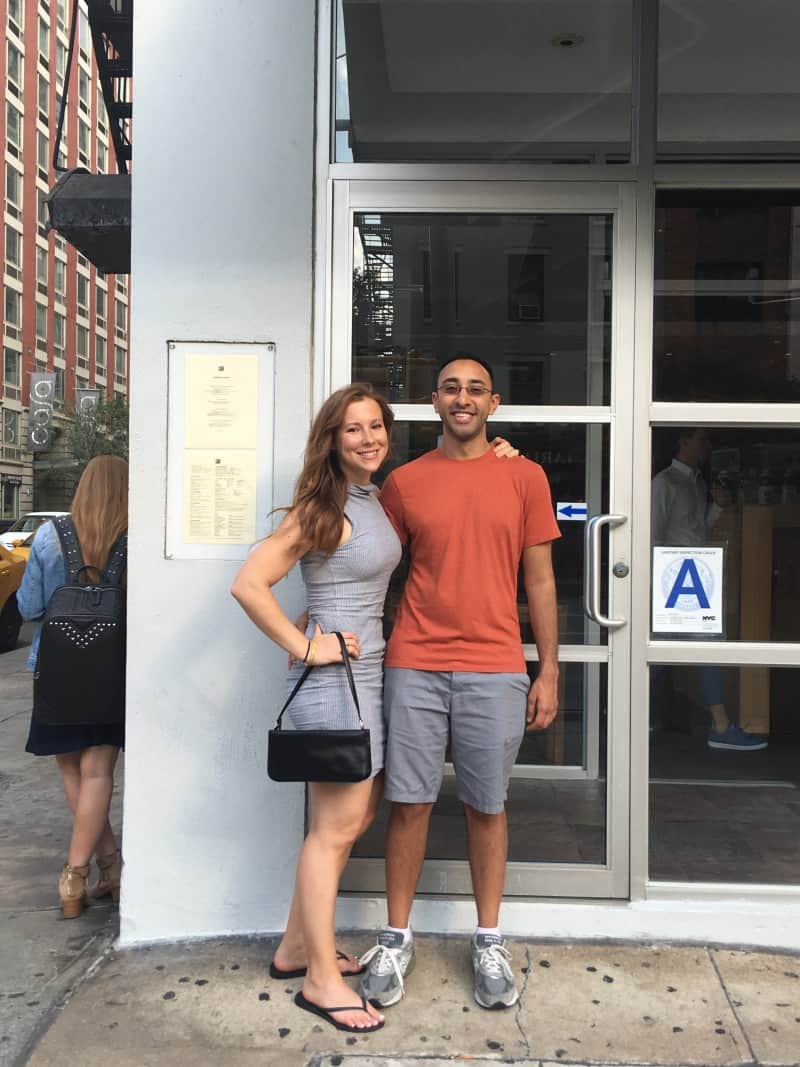 Everything they had was delicious, but I really liked this tuna tortilla because I hadn’t had anything like it before. 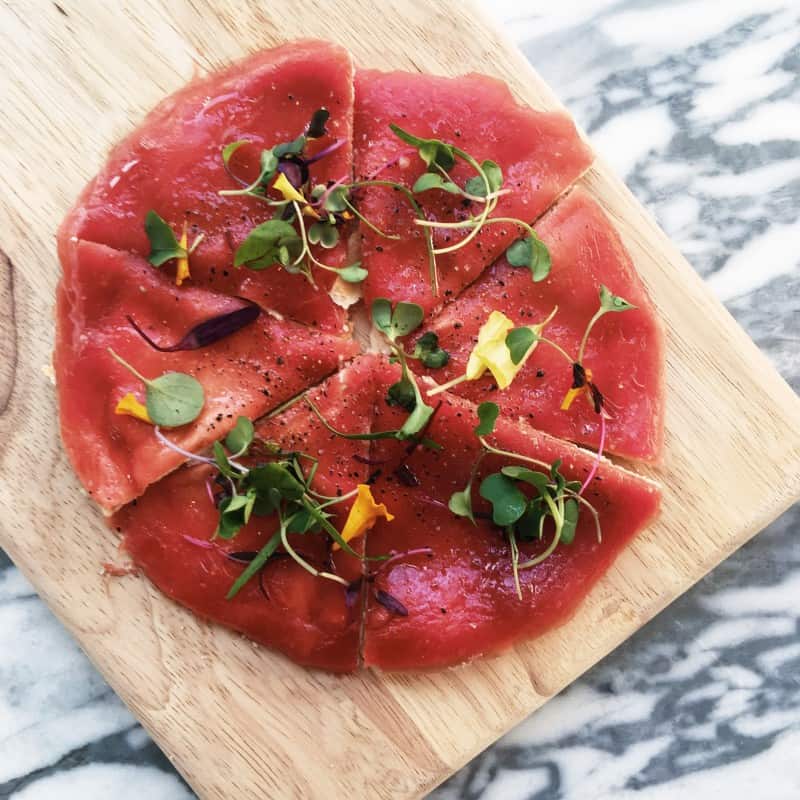 We took a group photo afterwards and then headed back to Queens for the night. 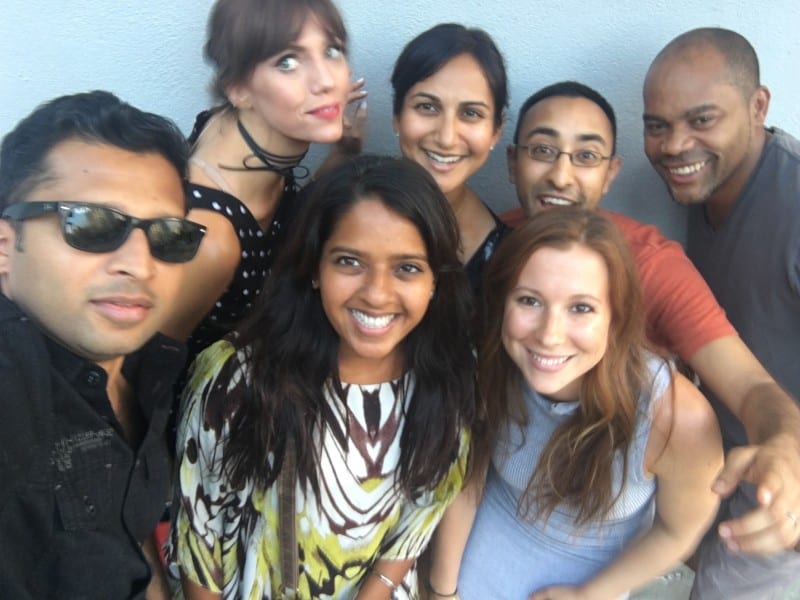 After breakfast on Saturday, we headed out to lunch in a beautiful area that reminded me of Harry Potter. Of course I don’t have any pictures, but I do have a picture of my second breakfast: PB, honey, and banana oatmeal. 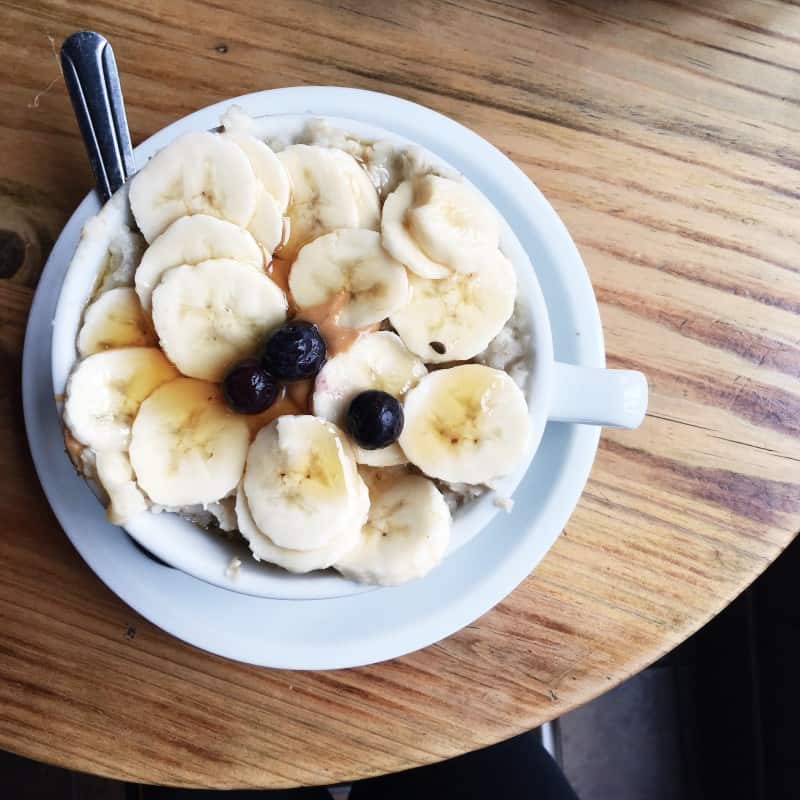 We walked to a century-old ice cream store called Eddie’s Sweet Shop, where I got an epic sundae. 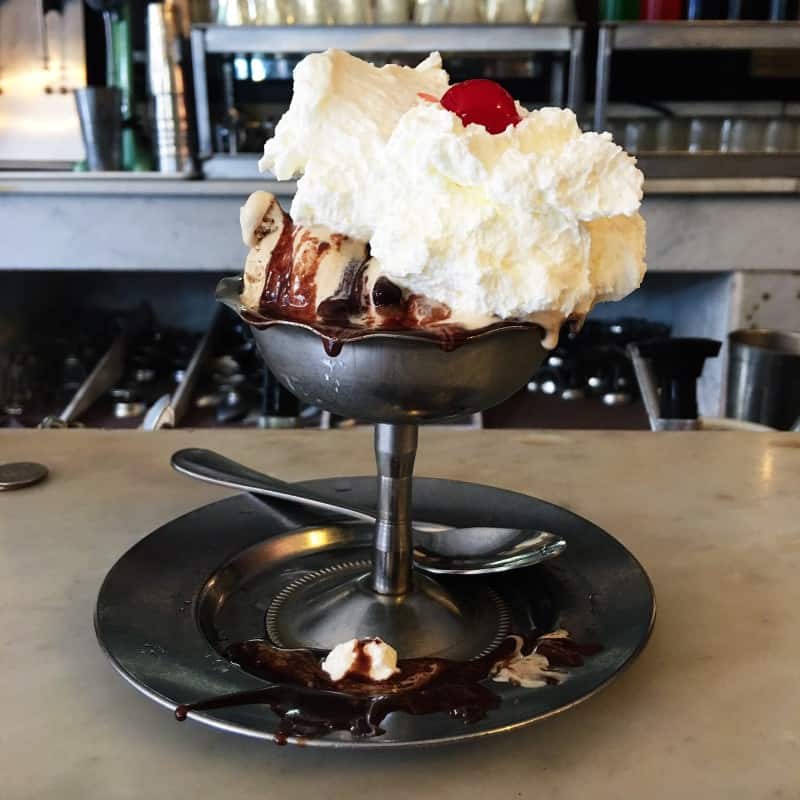 Then we headed back to the house so we could change and head to another relative’s house for a family dinner. I also wore ANOTHER DRESS. I got both of them at H&M. 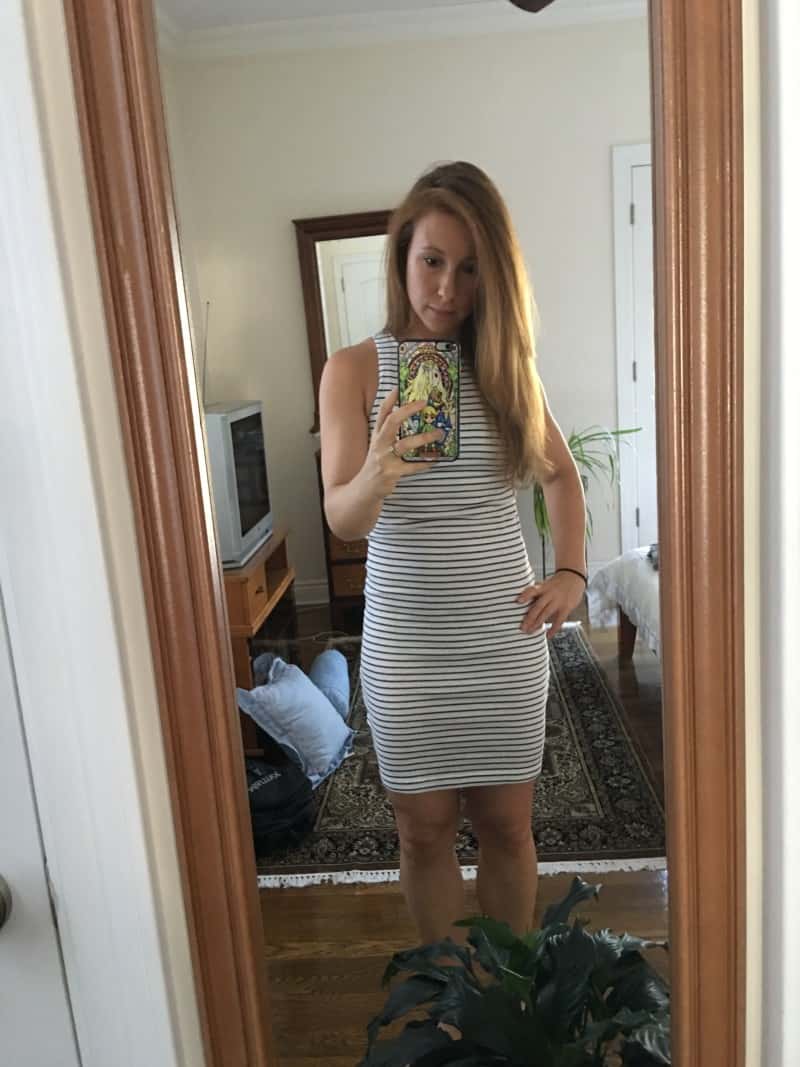 We had a cookout with Neil’s aunts and uncles (and parents), who all happened to be able to make it to the same place for the weekend. By the time we actually made food it was dark, so I don’t have any pictures. We had grilled veggies, burgers, and salmon. 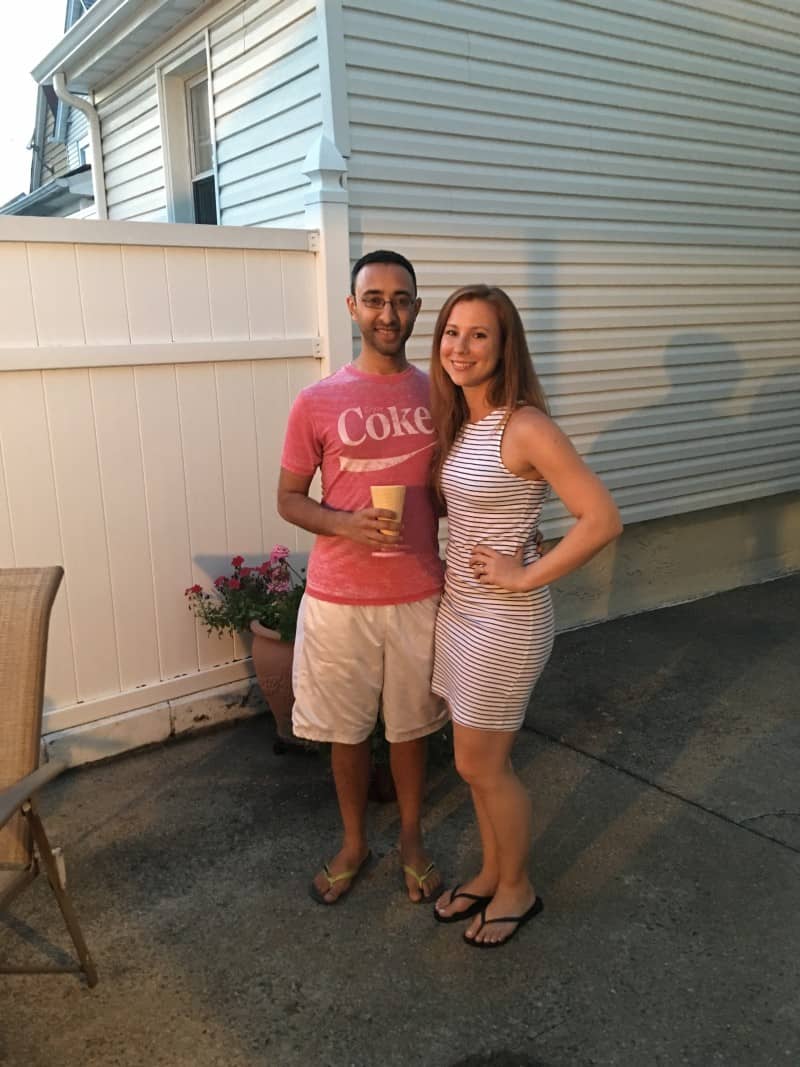 We headed back and spent a nice leisurely morning on Sunday. Our flight was in the early afternoon, so we grabbed another family lunch and then had to head out.

In order to make sure I felt like it was somewhat of a weekend at home, we relaxed and watched a couple movies before heading to bed. We rewatched Superbad which was AMAZING since I hadn’t seen it in a couple years.

It was a great weekend with some family that we hadn’t seen in awhile. Let me know how your weekend was in the comments!

30 comments on “Weekend in NYC”