Photoshoots and Ear Piercings - Erin's Inside Job Skip to content

This weekend was a good balance of activity and relaxing. The only thing I had on my schedule for Saturday was a photoshoot with Sweat — one of the places I work here in the city. You may remember our last photoshoot, and this one was even better!

While our first one was held at our studio in Gold Coast, this one was held in the West Loop at a studio called Robotoaster. We did a mix of inside equipment shots/headshots and some action ones outside in an adjacent alley which came out really cool from what I saw on the cameras. I can’t wait to get them and share with you.

I shared one of my better ones on Instagram yesterday, but here’s another gem where I said I don’t know what to do and was awaiting direction. We were climbing on the walls and running through the alley and it was magical. 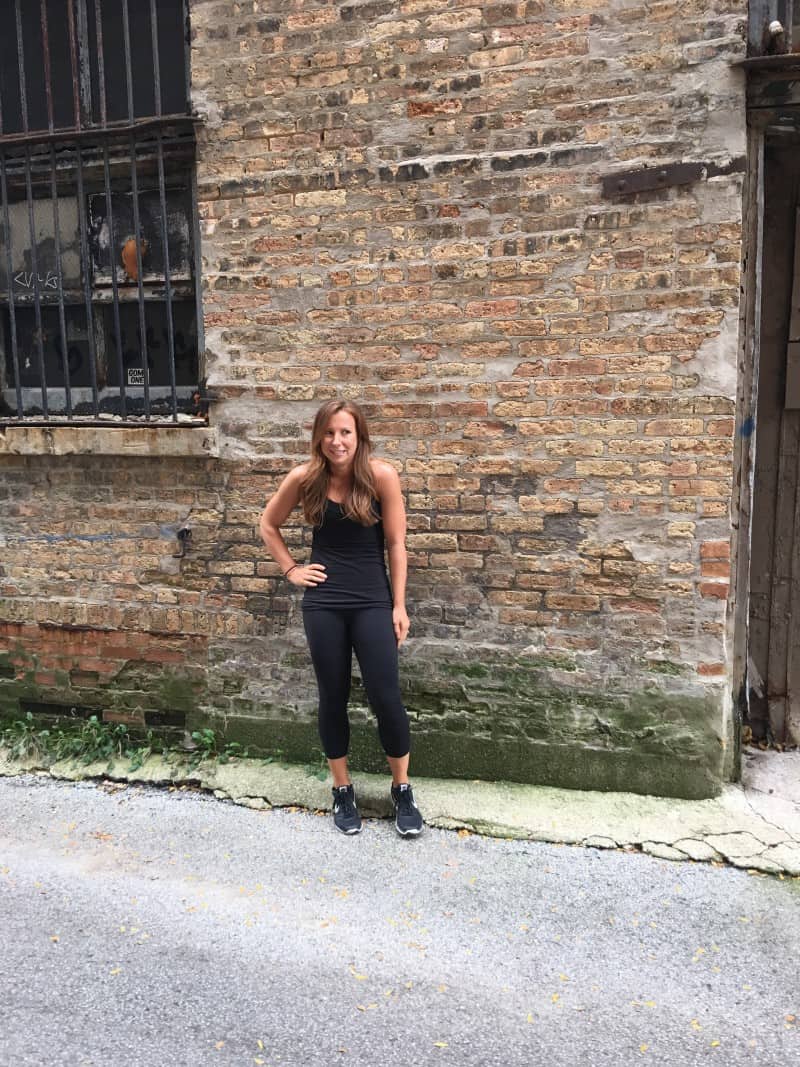 Our final shot was a group one where we broke out the flannel and got Christmas-inspired with fake snow and everything. Thanks to Neil for grabbing this shot! 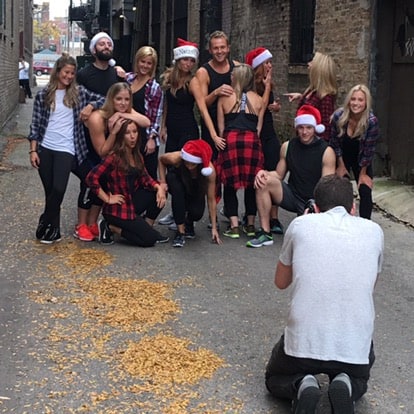 There’s still snow in my hair — promise it’s not dandruff. That stuff is sticky! 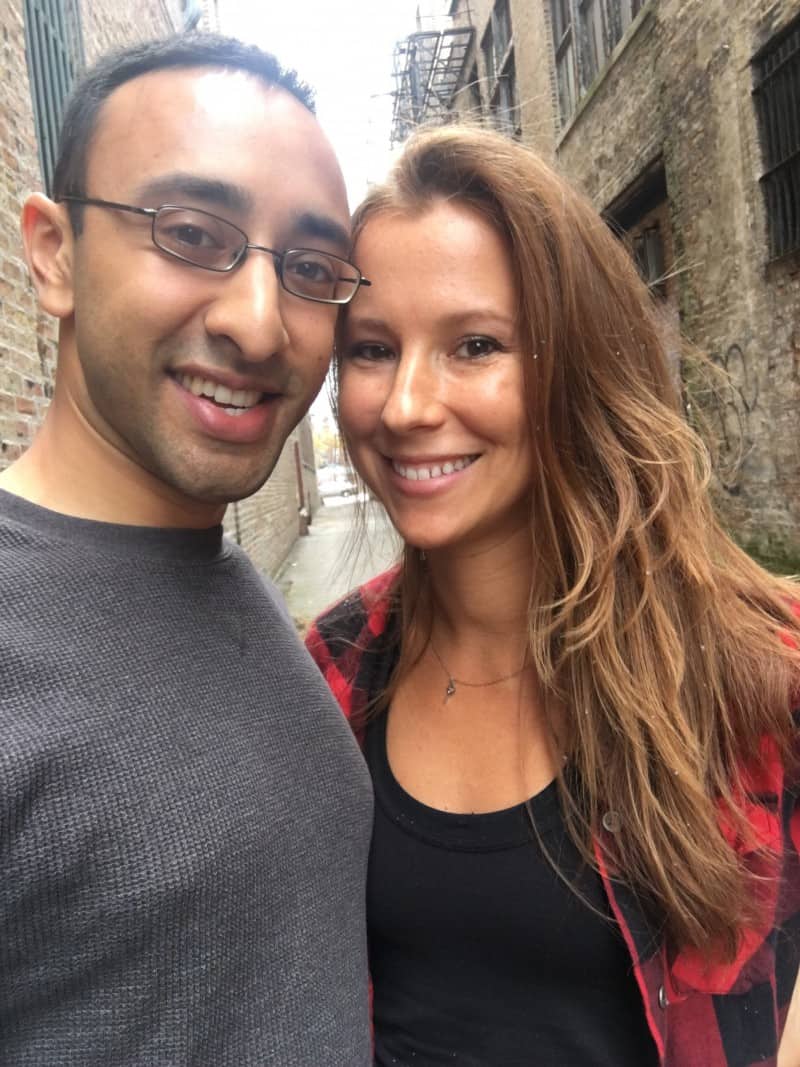 The shoot took a little longer than anticipated, so by the end I was STARVING. Neil met me and we went to Grange Hall Burger Bar to try them out and jam as much food in as possible. Here is a shot of my epic burger. Hey, at least there’s some green on it? 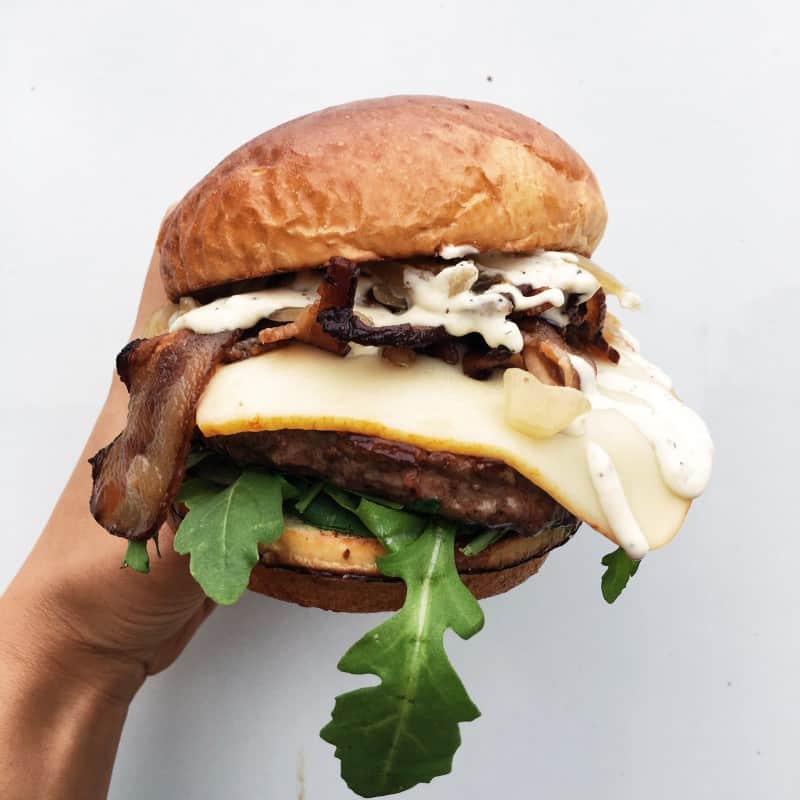 It was around 70 degrees on Saturday so it was a nice evening to walk back home. We stopped for some groceries on the way and I grabbed this masala chai flavored kombucha. It lacked bubbles, which bummed me out, but I really liked the flavor. There was a hint of cinnamon at the end which really set it apart from other flavors I’ve tried. 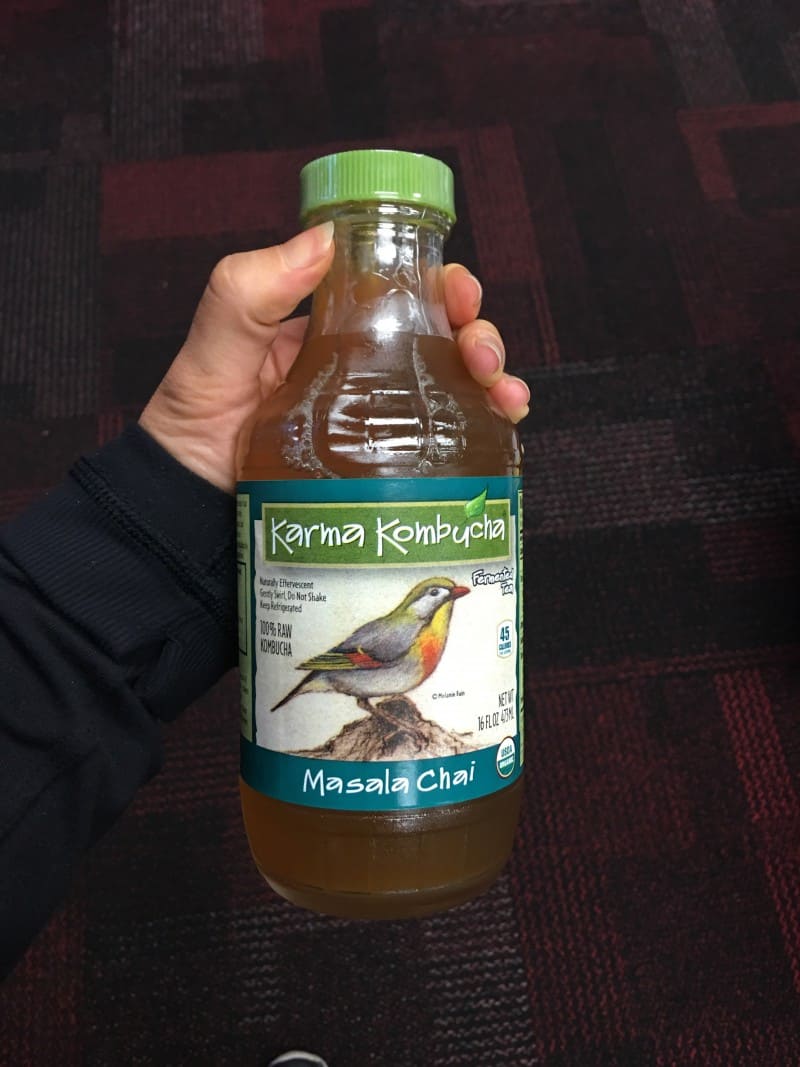 We headed home and watched some episodes of Black Mirror on Netflix. Have you seen this show?? It’s really well done but not for the anxious or faint of heart. The episodes can be really dark and/or heavy and it’s one of the few shows that I can’t binge watch or I feel like my soul is dying. The episodes aren’t connected at all so you can pick it up wherever. I almost stopped watching it, but as long as I watch one at a time I appreciate it a lot more.

Sunday we slept in (Saturday I woke up around 6 am on my own. Gross.), had a nice lazy breakfast, and watched another episode of Black Mirror (ha) before football started at noon. As I lost Neil to the TV, I set out to do something that I’ve been thinking about for a couple years.

When I went to jail, I had to remove all of my jewelry. This included my cartilage and tragus piercings in my ears. When I was released, I was able to get the cartilage one back in, but the tragus one wouldn’t budge. I assumed that it had closed up and even though it was one of my favorite piercings, I just figured it was time to move on.

While talking with one of my clients last week, she mentioned that she got another cartilage piercing and I told her the above story. I said that I wished I had it pierced again and she asked why I didn’t just do it. Interestingly, that thought had never really crossed my mind as an option, but once it was planted I knew I wanted to get it done again.

I went to a place called Insight Studios which was very bright, clean, and full of 10 year olds that day who were all there to get their ears pierced. Do people not take their kids to Claire’s anymore? Claire’s ALL DAY. Their piercings are walk-in only, so I ended up waiting 90 min (I was determined), but I was done in no time when my piercer was able to just open up the old piercing — no new one needed! I just paid for my earring and was good to go. 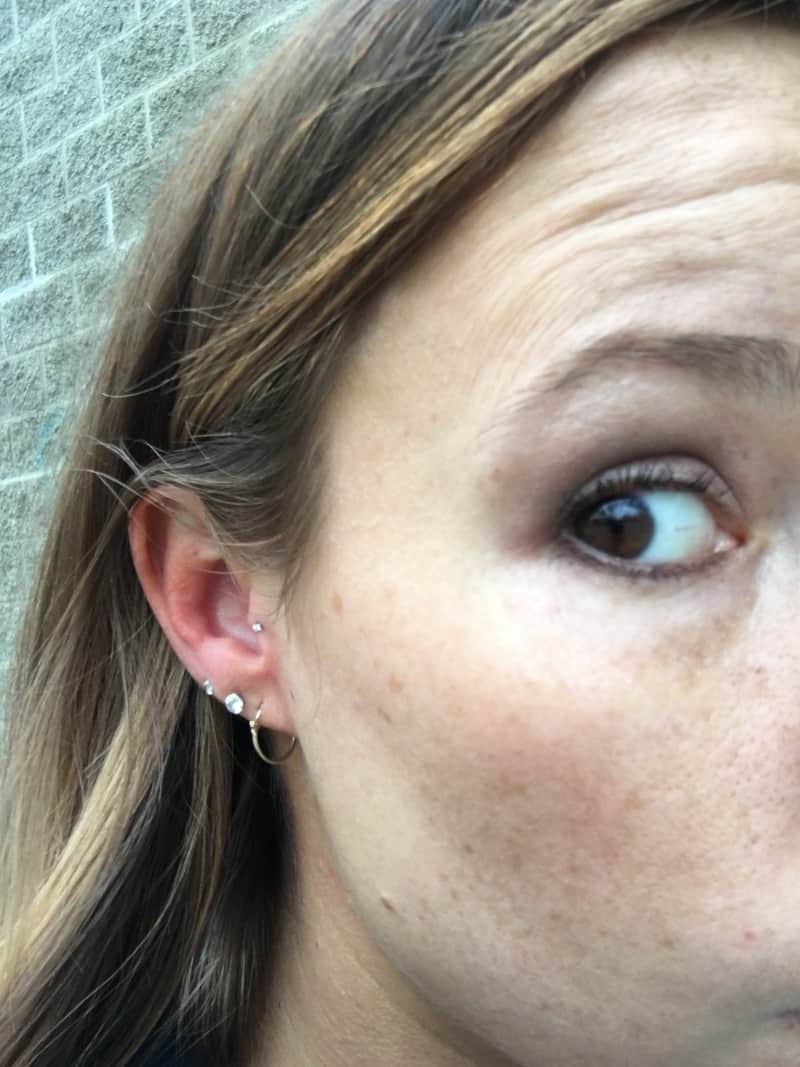 By this time I was starving, so I headed to Lovely: A Bake Shop because I had been meaning to try them out. The decorations were cute, but the cookie and sandwich I had were so-so. I also had their fall spice cider, which was AMAZING if you ever stop in. 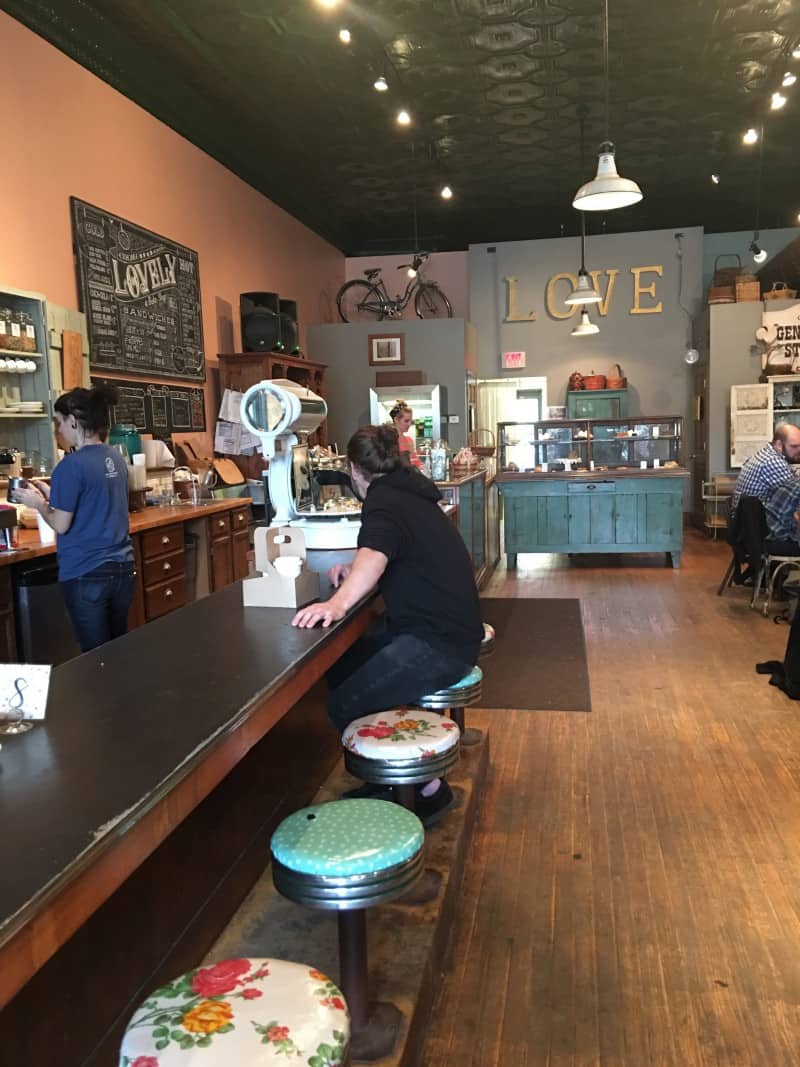 I headed home, took a 90 min nap, watched the Packers lose in the last 30 seconds 🙁 and just hung out the rest of the night. We did watch one more Black Mirror episode too. Just space them out. I also found that the first season and part of the second were the ones that really made me feel uncomfortable, but as they went on I seemed to handle them better.

That’s about it for this weekend — I hope yours was a good one! No real Halloween celebrations here, but I am planning on eating candy to celebrate 🙂

19 comments on “Photoshoots and Ear Piercings”