Weekend Eats and Sleeps - Erin's Inside Job Skip to content

I can’t believe this month is almost over guys. I was looking ahead on the calendar and there’s only two more months left in the year. Crazy!

Saturday morning I woke up with the windows cracked and cool fall air coming through. It was the best ever. My giant comforter kept me nice and warm and I wanted to stay in bed all day.

When the weather cools off, I want to eat giant bowls of oatmeal for every meal. I broke out the Purely Elizabeth one I shared about on Friday, topped it with some of their granola, dumped a giant glob of homemade pumpkin spice almond butter on top, and drizzled the whole thing in maple syrup. It was unreal. 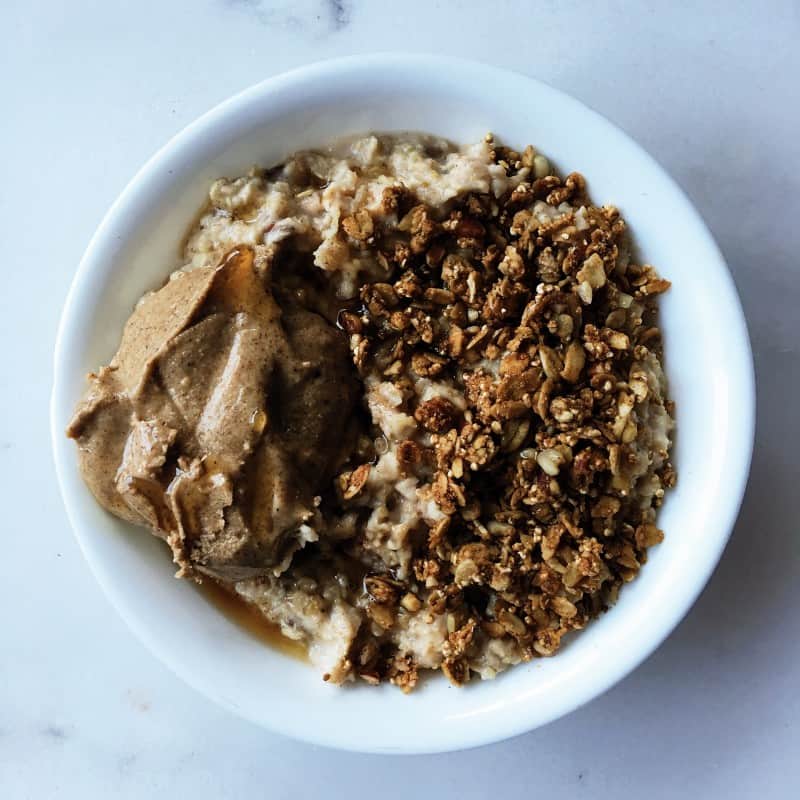 Neil and I watched cartoons like children and then decided to go to Green River, a place that we had seen online listed under “burgers to try.” It photographed well, but we we were both a little disappointed with it, especially considering that the price tag for each one was $15. 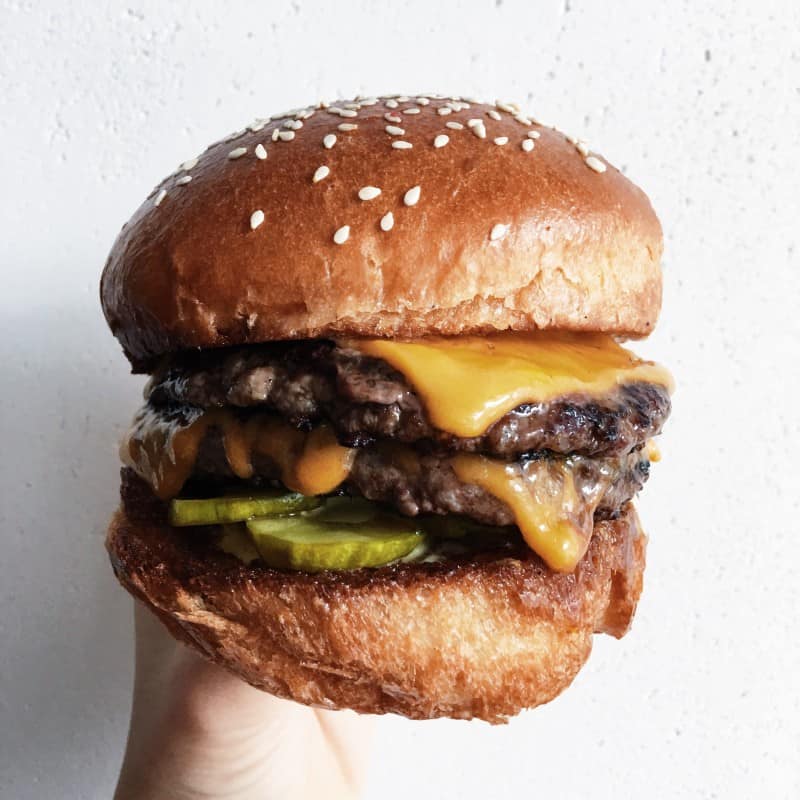 After lunch we headed to Southport to take part in the annual mutt strut — a walk and party to help raise money for shelter dogs. If you followed along on IG, you saw all the dog madness, but unfortunately this was the only picture I happened to snap. No, I don’t have a dog, but I want to be around them at all times. It was amazing, even if all the dogs were more interested in each other than me manically trying to pet them all. 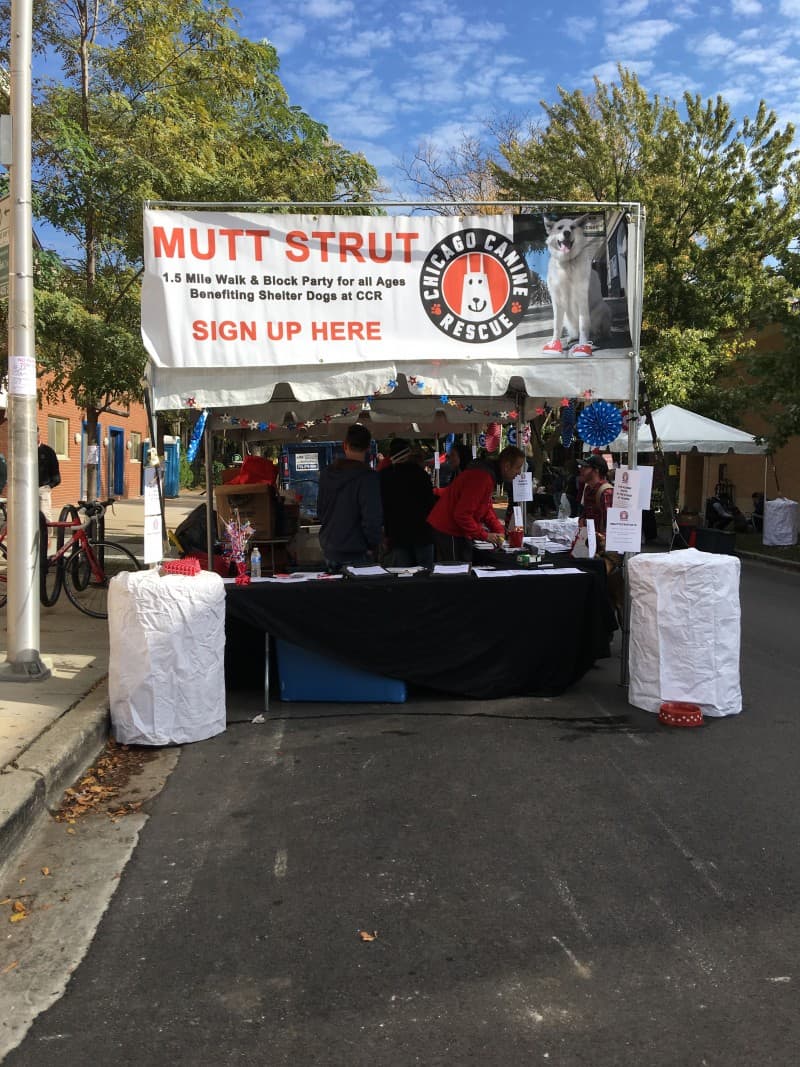 We headed home and took a 2.5 hour nap. It was amazing, except that it was dark when I woke up so I was thoroughly confused. We started and are now current with Westworld on HBO which I had been hearing about everywhere. Have you seen it?

Sunday I had to teach at 8 and 9 am, so I headed out as the sun was rising. If you follow baseball, last night the Cubs won and are going to the World Series, so needless to say only about 7 people showed up to the 8 am. 🙂 There was a much bigger turnout for 9 am and while I considered staying to take the next class, after seeing how tough it was, I decided to sit on my couch.

On the way out, I grabbed this magical drink at Kitchfix that I’ve been eyeing. Their decaf coffee hasn’t been available for weeks, but they finally had it again so I was able to drink it. On point. 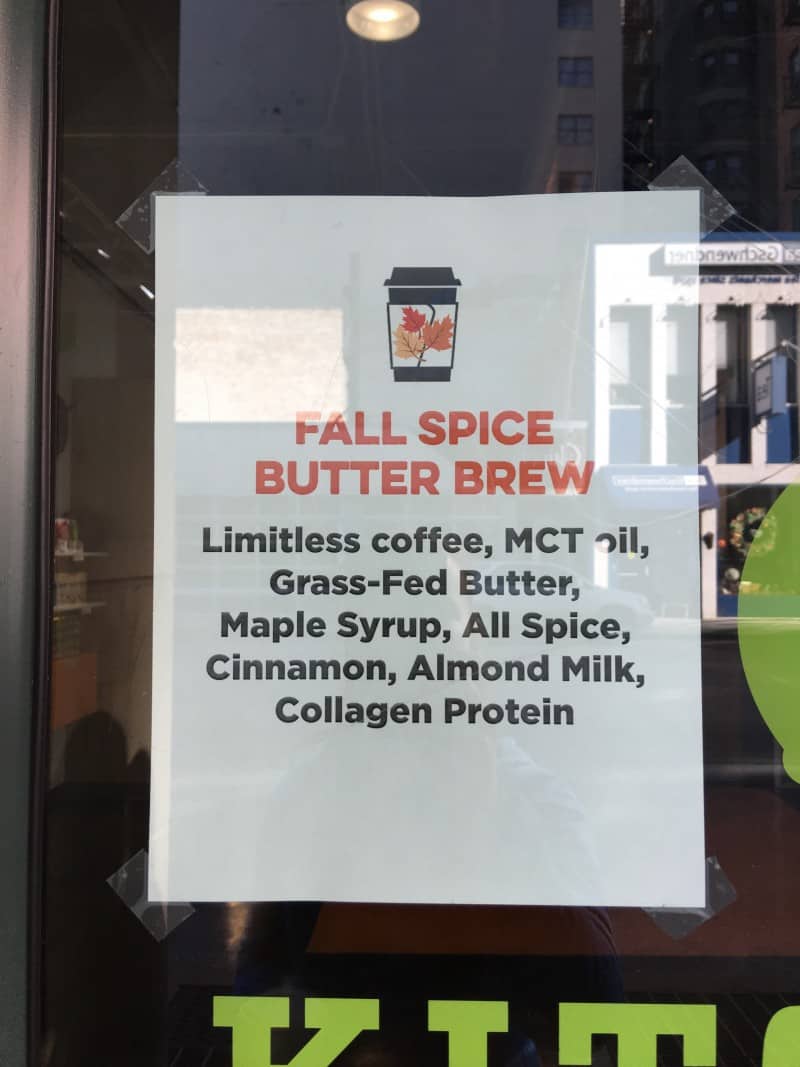 We had a friend over for a couple hours to watch football and we made these fancy brunch sandwiches. I can’t remember who told me try Rudi’s English Muffins (or whether it was on IG or here), but thank you! These are the most delicious English muffins ever and I want to eat them every day (which I might). 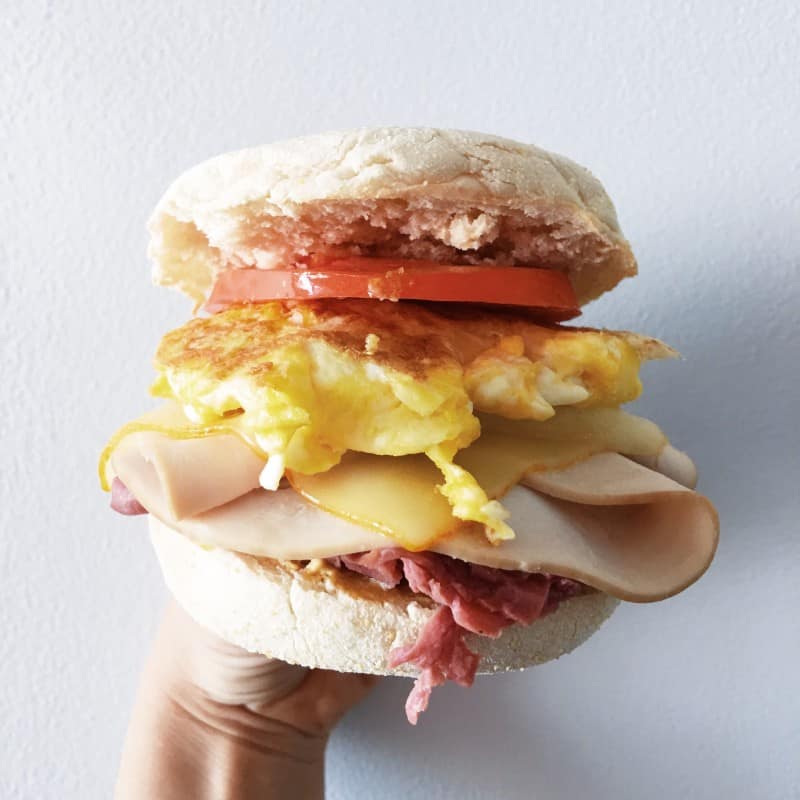 I took another nap like a disrespectful host (Neil was awake), then woke up with energy to interact. Yesterday I scored some of these purple sweet potatoes at Whole Foods, so I made sure to make one as soon as possible. 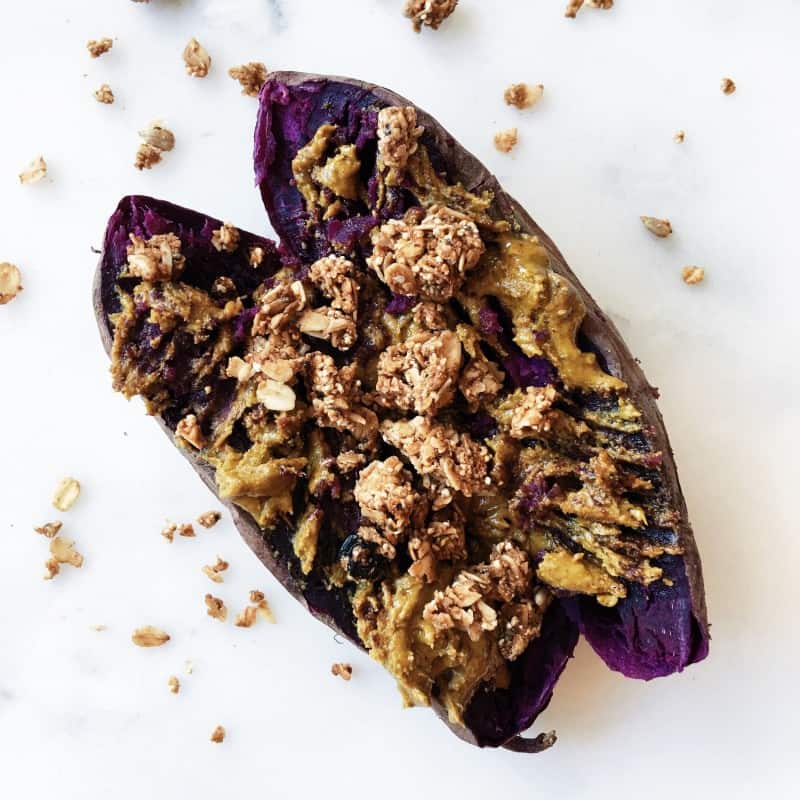 The rest of Sunday was super boring (the best) — catching up on blogs, writing training plans for the week, and just relaxing. I’ve got another fitness photoshoot coming up this weekend soooo I’ll be having a lot of delicious smoothies. Stay tuned!

16 comments on “Weekend Eats and Sleeps”