This weekend was a pretty low-key one, but I do have some pictures of food to tantalize you (as usual).

Friday night I covered some classes, so I got home a little later than normal. Rather than sit around and watch things as we usually do, Neil and I started to brainstorm ideas for our Indian dance we’re doing at a wedding in June. It’s never too early to start dancing.

Sidenote: Has anyone else watched The OA on Netflix? We finished it and I liked it but was confused and found it comical at the same time. Thoughts??

Saturday we slept in and then headed to Steak Bar in Old Town for an epic brunch. Since we didn’t go until 11 am, I settled on more of the lunch part of brunch since I’m always hungry as soon as I wake up and eat breakfast. 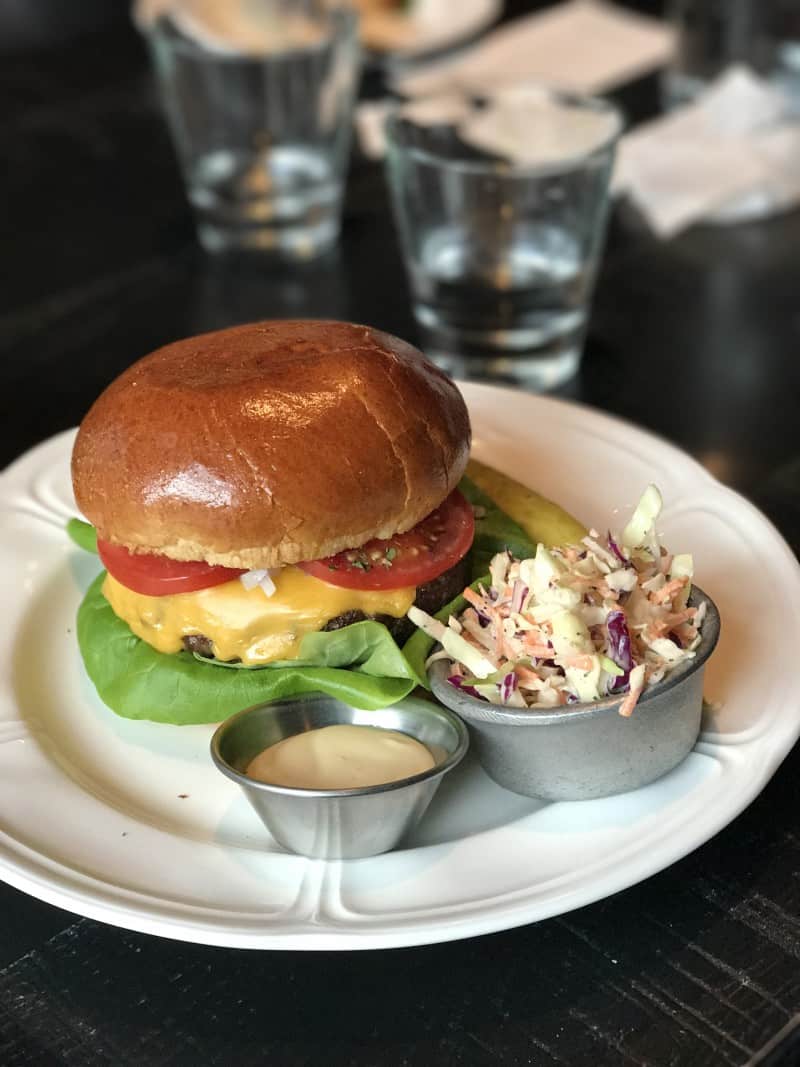 The above is Neil’s burger and you can see my SERIOUS creation on Instagram if you didn’t already see it yesterday. We also had some wings as an appetizer which satisfied Neil’s craving he’s been having for some for awhile. 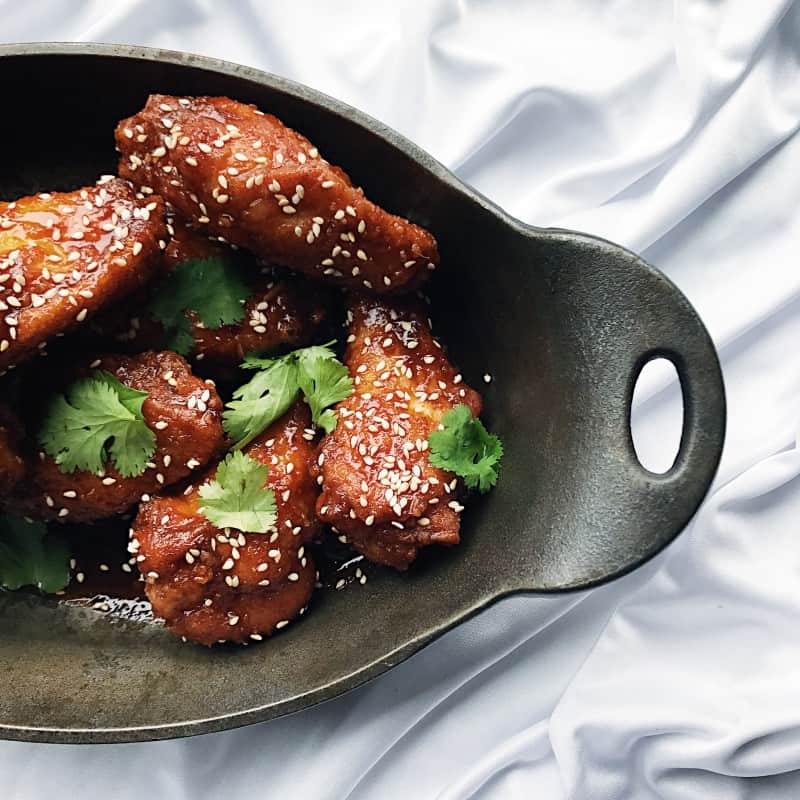 We walked home rather than taking the train since we were stuffed and then picked up our normal routine of relaxing and watching movies. This time we started with Jiro Dreams of Sushi, a documentary on Netflix. I got about halfway through before I fell asleep, even though I was trying to hard to stay awake. There’s just something about those weekend afternoons!

I plan on finishing it, but what I saw was really good. We watched some more TV and then a Korean zombie movie because why not?

We attempted to make vision boards for 2017, which were really more of just writing down things we want to do this year. I wanted to do it since I love lists and also because I was having a lot of ideas jumbled in my head and I wanted to get them out.

Our NYE was uneventful and although we stayed up til midnight, we didn’t go outside to see the star rise here in Chicago. What we did do was have a dance party by ourselves. I told you — always time for dancing. We did watch the star on TV though and had some surround sound as the fireworks shot off outside, but then it was lights out.

I had to teach on New Year’s Day, so I woke up, had breakfast, and headed to the studio. I wrote the workout which made it more fun to teach and I took people though a grueling 45 minutes. Sorry not sorry.

I stopped at Whole Foods on the way home to stock up on some staples that were on sale and to grab sushi for Neil and I. Then I made these magical maca crunch truffles with a recipe from Navitas Naturals and they are BANGIN. Cacao butter? Game changer. I’m planning to take them to my early morning classes on Tuesday if I don’t eat them all first. 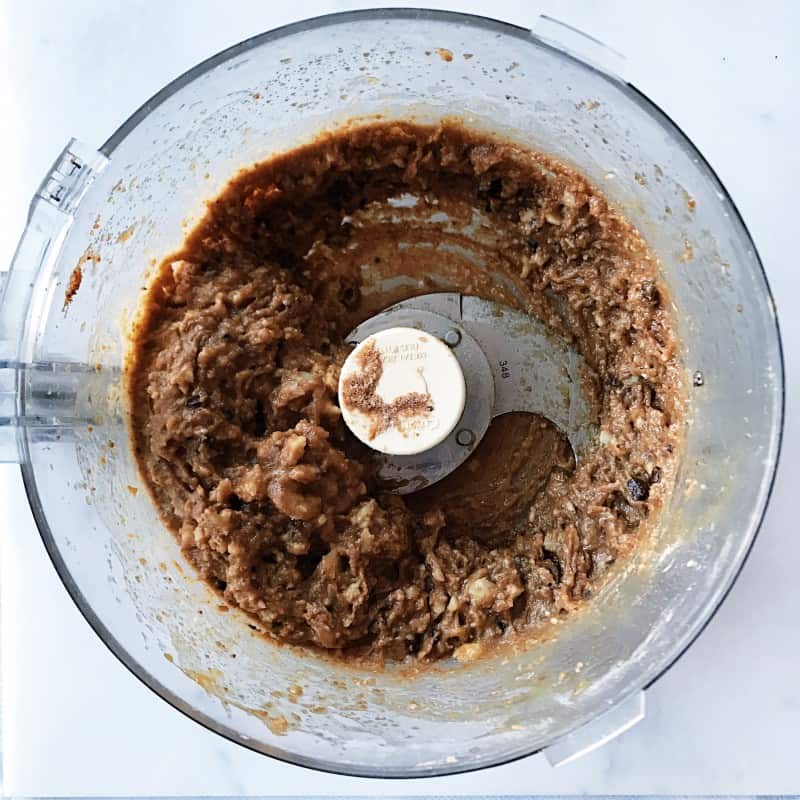 Since all I had were food pictures, I wanted to end with Neil and I wishing you a very happy new year! I attacked him on the couch and forced him to take this picture 🙂

I’ve had such an incredible year, which I will recap in a post later this week, but I wanted to thank every one of you who shows up, reads these posts, and is part of this community. I’ve learned so much from all of you and everything I write is an attempt to connect and grow with you all. If there’s anything you want me to talk about this year, please let me know in the comments or shoot me an email. I want to make sure that this is a safe and uplifting place for you to come and that you are able to get everything you can out of it.

I hope you had an amazing holiday and weekend and I’m looking forward to going on this journey with you! 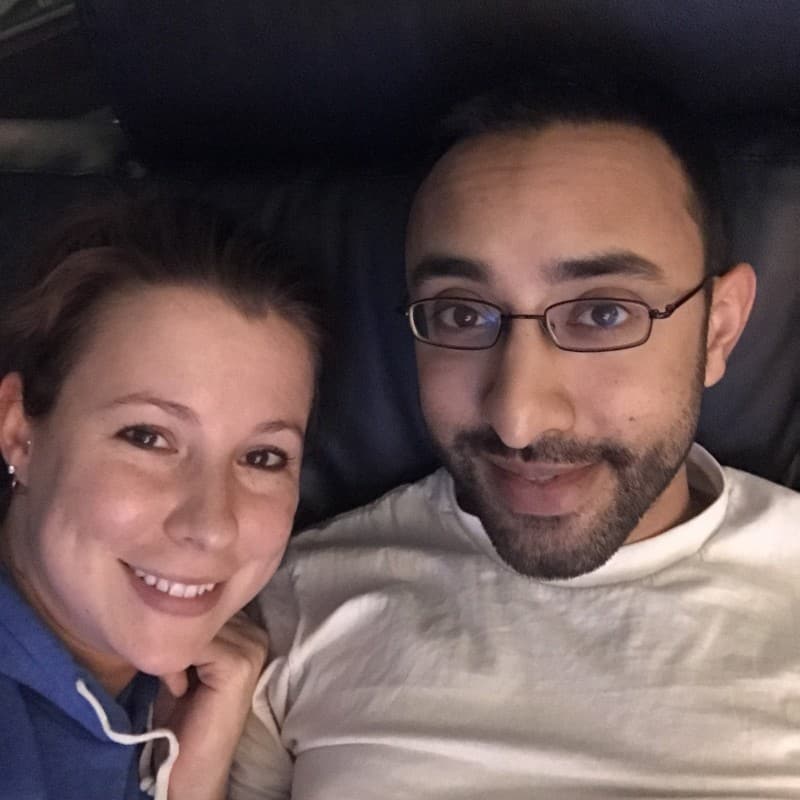