I feel good after this week. I had a lighter schedule, meaning that I didn’t always feel like I was treading water. I felt like I could get a handle on some work things and even had an hour or two to just sit and do nothing. Bliss.

This weekend will be more of that since I have very little planned. Next weekend I leave to go to Arizona for a few days with Neil’s family and I’m really excited to explore since I’ve never been there before. We will be staying in Scottsdale, so if you have any recommendations, let me know!

I feel like I wrote a story for every one of these favorites, so let’s just get into it, shall we? 🙂

I can’t believe I didn’t have these in a previous Five Things Friday post. While I was in MD for the PTI East, I spotted a woman wearing these pants. Since black, white, and gray are my FAVORITES, I quickly ran up to her, interrupted her conversation, and asked her where she got them. She told me they were new at Athleta, so of course as soon as I got home I bought them immediately.

These pants are AWESOME. They feel like butter and if you’re familiar with Lululemon’s Naked line, they’re a very similar feeling but a little thicker. They’re also high-waisted (YES) and I don’t have to pull them up at all throughout a workout. I’ve gotten a bunch of compliments and I could honestly live in them. I’ve been trying to find a time to go back and see what other kinds they have in this material because they’re so comfortable.

Don’t forget, if you’re a fitness professional, you get 30% off at Athleta!

I first had one of these when my friend Jess brought them with her to PTI East (weird, two mentions in one post). They’re a meat and fruit bar that is a great way for me to get some extra protein in throughout the day. I bought this one the other day after trying one in MD and they’re good! I like them more than EPIC bars, which are generally the same concept. 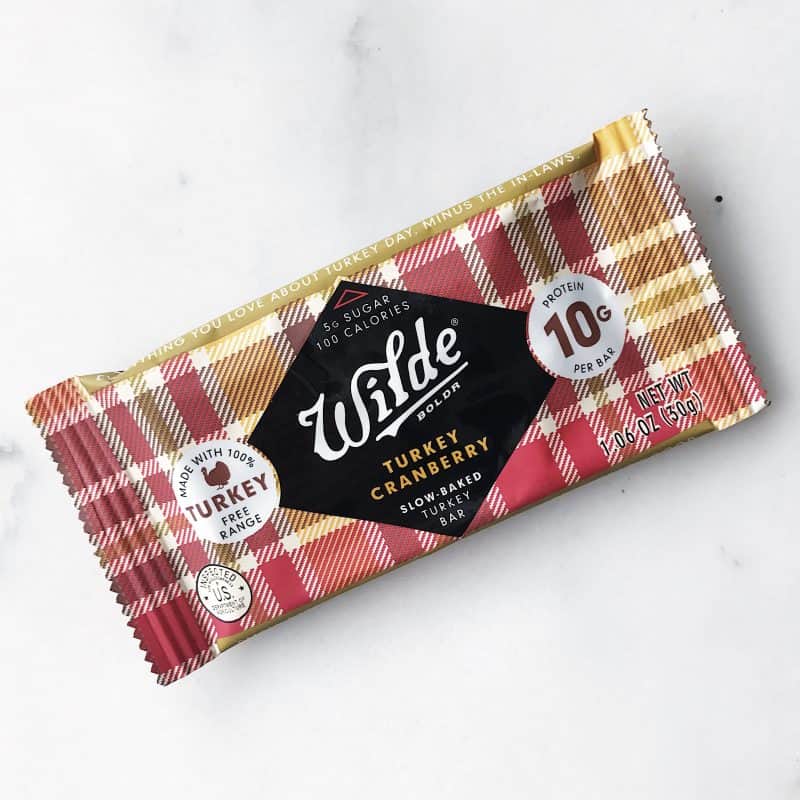 I’ll credit Neil for this one. Have you ever had your headphones or your laptop charger cord split at a connection point, leaving the wires exposed? That happened to Neil’s headphones last week and wrapping electrical tape around it wasn’t cutting it.

He found this product called Sugru, a moldable glue that you can use for a TON of different things. You mold it to the shape you want, then leave it for 24 hours until it turns into rubber. This way on his headphone cord, the rubber is strong enough to keep it together, but pliable enough that it can still bend and move.

One package comes with a bunch of different color options and you can see all the different options such as wall mounts on their website. 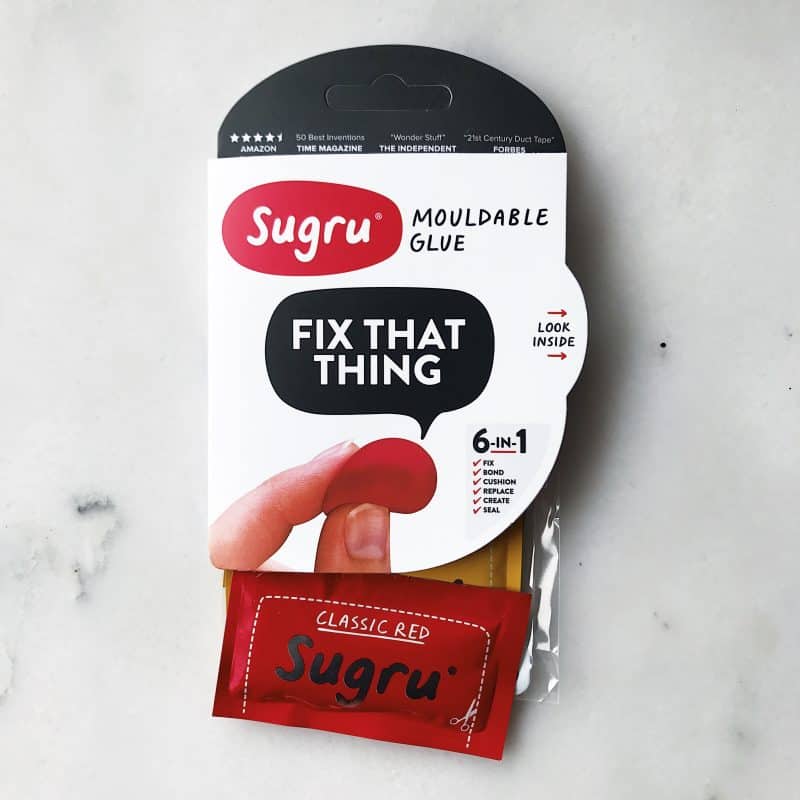 I’m still figuring out if I like this, but I’m going to include it anyway. Inbox is a different way for you to view and manage your Gmail account.

The view is a little different from your normal Gmail, but I think I like it? Ha. I’m so great with change.

Inbox allows you to do things like snooze certain emails to later times so that they pop up in your inbox again if you’re not ready to answer them at that moment. You can also check off emails as done, removing them from your inbox, but retaining them in an archived state in case you still need them later on. Things like purchases, travel, and financial email automatically get bundled together so you can find them all in one place.

Inbox seems to work best if you actually keep your inbox clear most of the time, which I don’t. I’m trying to figure out which version I like better, but I’ve been using this for at least two weeks now. To see how it works and everything that you can do, watch the video.

I absolutely love making a cup of tea and sitting at the computer to work. There’s something so peaceful and calming about it that I feel off on the days when I am running all around the city and don’t get to have it.

My tea is always from DAVID’s Tea and I make my own blend of Saigon Chai and whatever other flavor I’m in the mood for that day. Usually this is because I find a second flavor, use it all, then when I go back find out that it was a seasonal flavor and they don’t have any more. UGH.

Because that happened with my last flavor, I got some cream of Earl Grey this time. My only issue with it is that I need to be careful with the size of the scoop. Typically, the other flavors I’ve chosen have had certain additions to add flavor, meaning that there were fewer actual tea leaves when I made it. This one has minimal additions, so when I add a tsp of the chai and then a tsp of this to make my cup, I’m actually getting a higher concentration of tea.

Since the only caffeine I have is minimally from my one cup of tea a day, my system was like WHAT’S HAPPENING and I experienced the awful feeling of too much caffeine — gnawing stomach, tight chest, and overall unpleasantness. Since then I’ve been careful not to add a heaping serving of this when I make it. Other than that, two thumbs up. 🙂 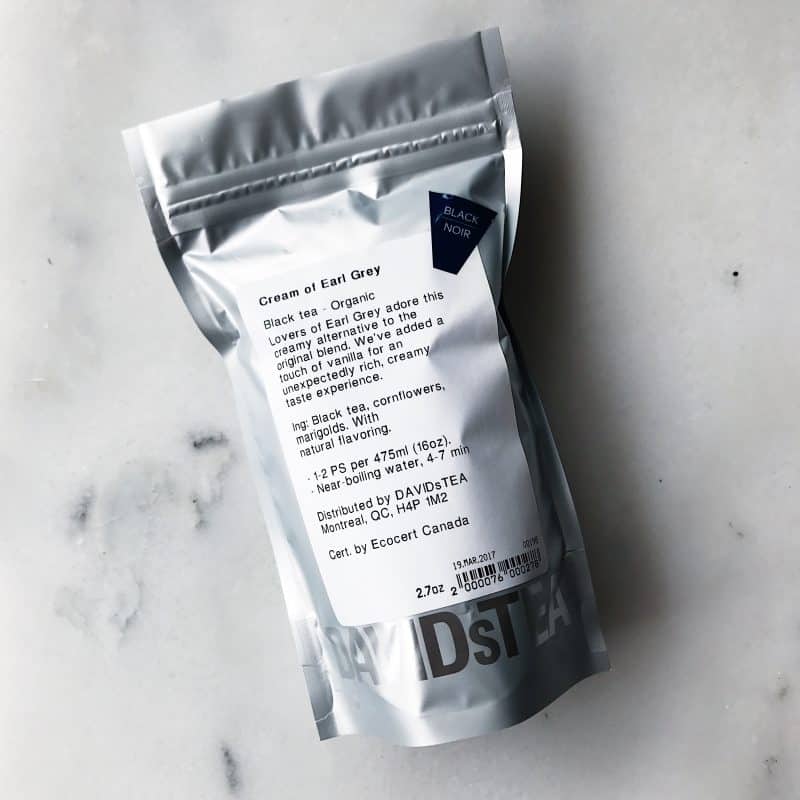 That’s all I’ve got for this week — let me know some things you’re loving in the comments!