One Foggy Weekend - Erin's Inside Job Skip to content

This weekend was seriously dreary. If it wasn’t raining, it was incredibly foggy. 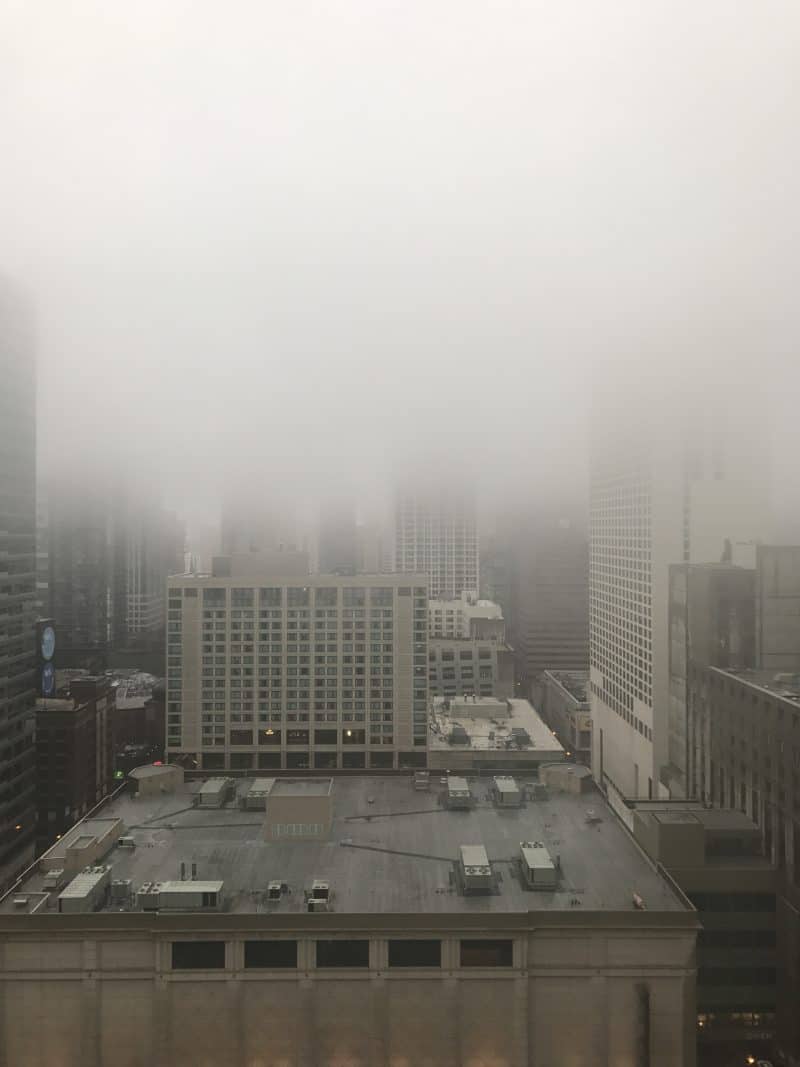 It did clear and warm up some on Sunday, but a majority of the weekend was spent staying inside unless we absolutely had to.

I was planning on trying out a new pilates class on Saturday morning, but it got postponed to a later time. It was probably for the best because I was able to sleep in both Saturday and Sunday which was GLORIOUS.

Neil and I had lunch plans with a friend who was visiting from San Francisco, but because of the weather I wasn’t able to actually dress like a human being like I wanted to. I finally washed my 3-day-old hair, but ended up putting it right back up because of all the rain. 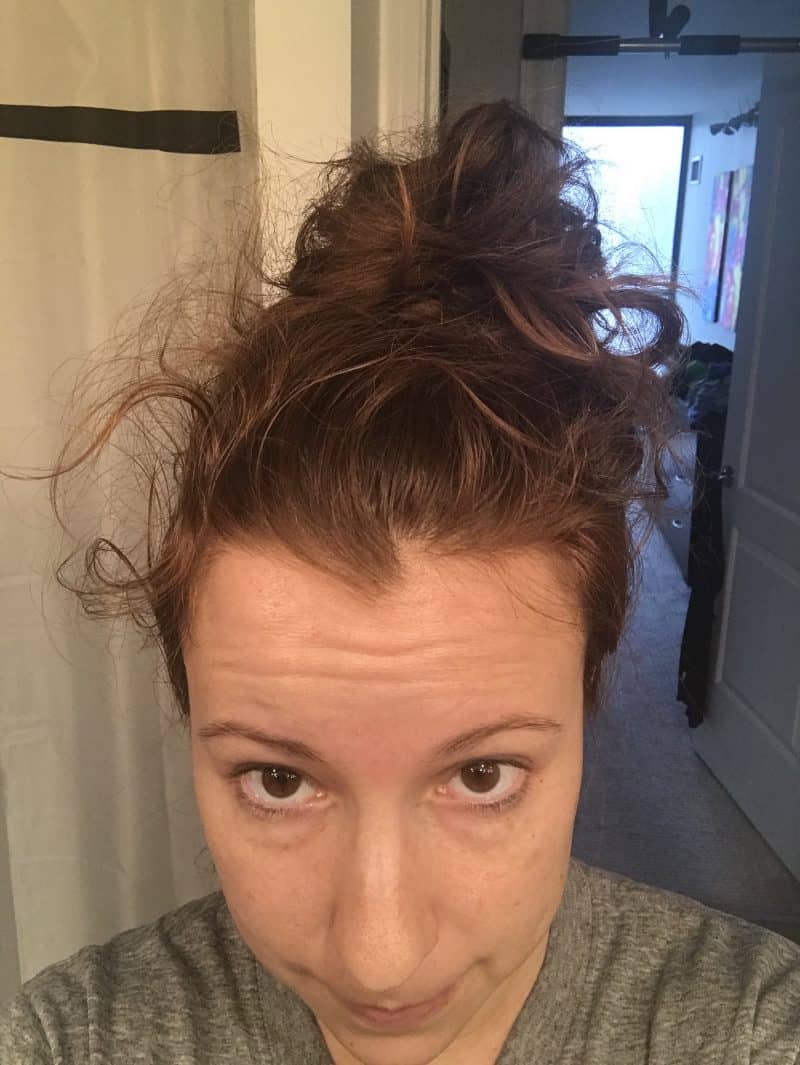 We met her at True Food Kitchen where I got the garden scramble. You guys – their chicken sausage is LEGIT. 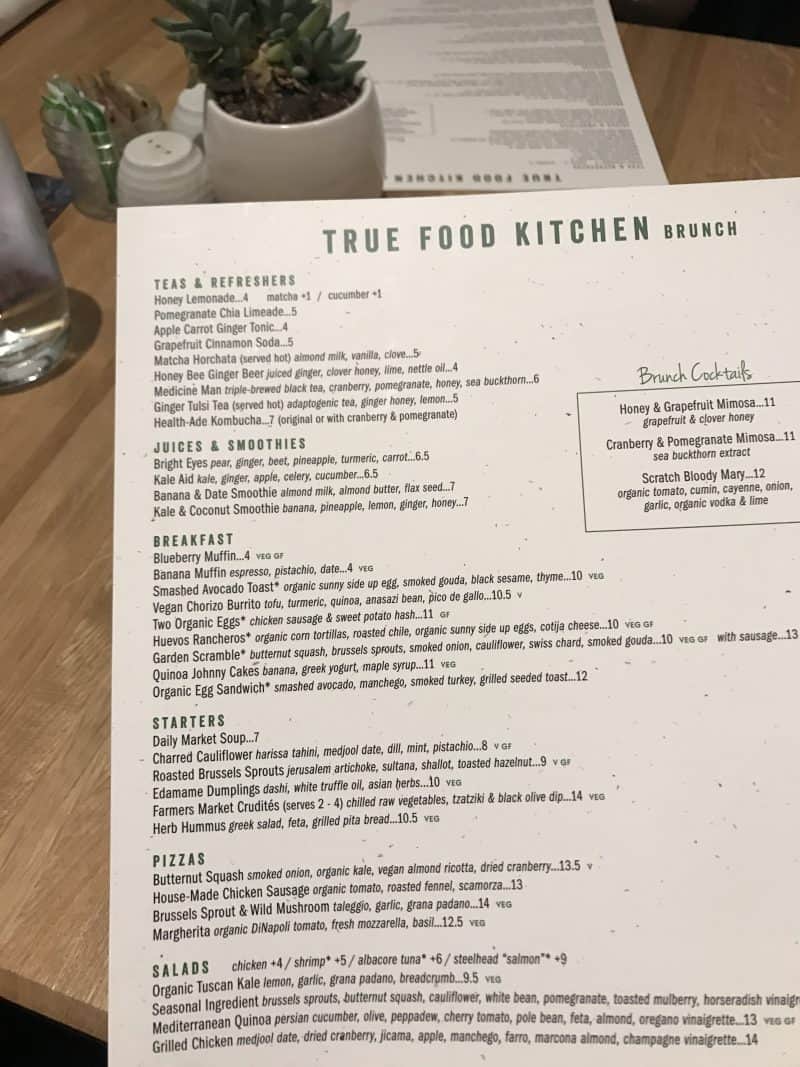 Neil got the chicken sausage pizza which was equally amazing. Everything here is so. good. 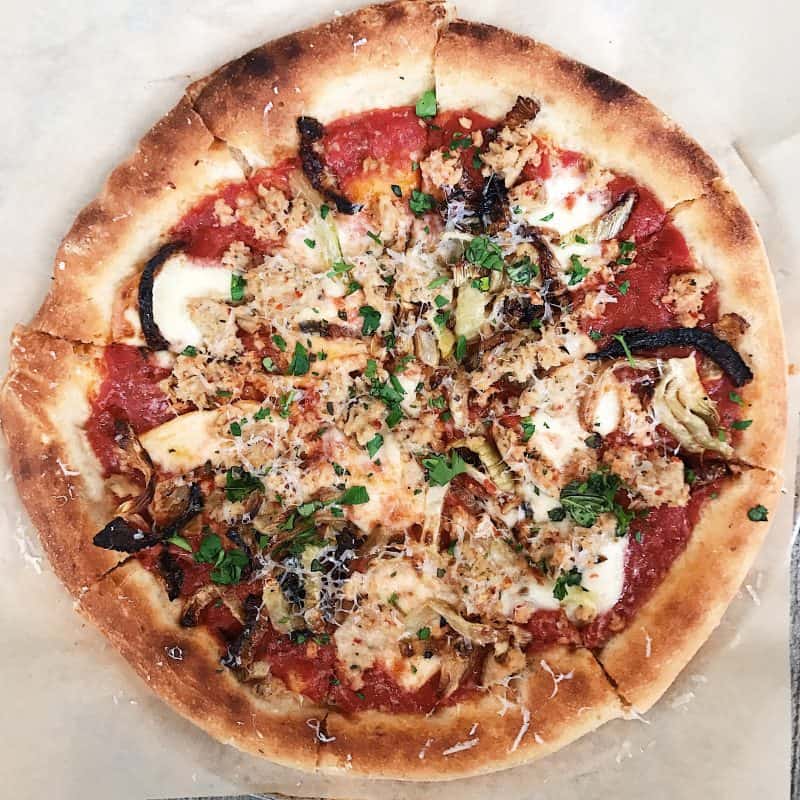 We went back, had tea, sampled more Honey Mama’s chocolate, and then I ended up falling asleep on the couch.

When I woke up, Neil had fallen asleep in the bed, so I went there which was a big mistake. I ended up napping on and off for a total of four hours and by the time I woke up I didn’t know dreams from reality. It was amazing though to not have to be anywhere or do any work. 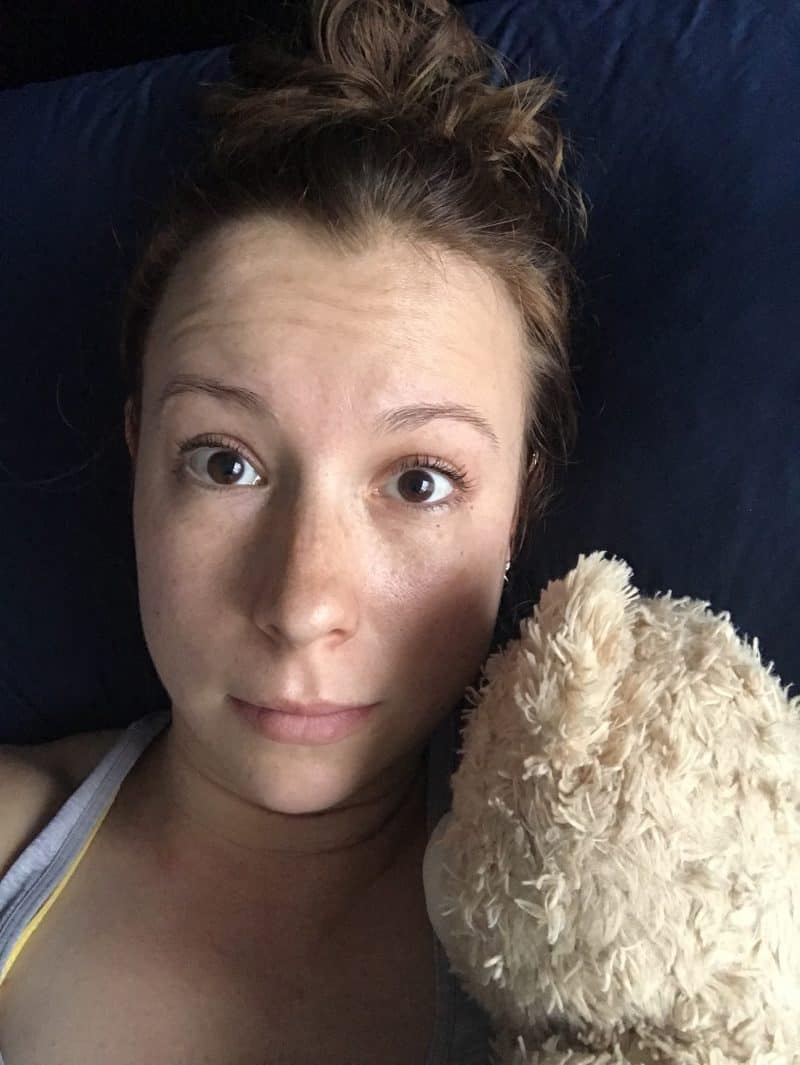 We had a basic dinner at home and watched Star Wars: Rogue One which I have to say I wasn’t terribly impressed with. Anyone else?

Sunday morning was another sleep-in day until we headed to see King Kong at our typical matinee showtime. I snuck in my chocolate chip RXBAR as a snack. 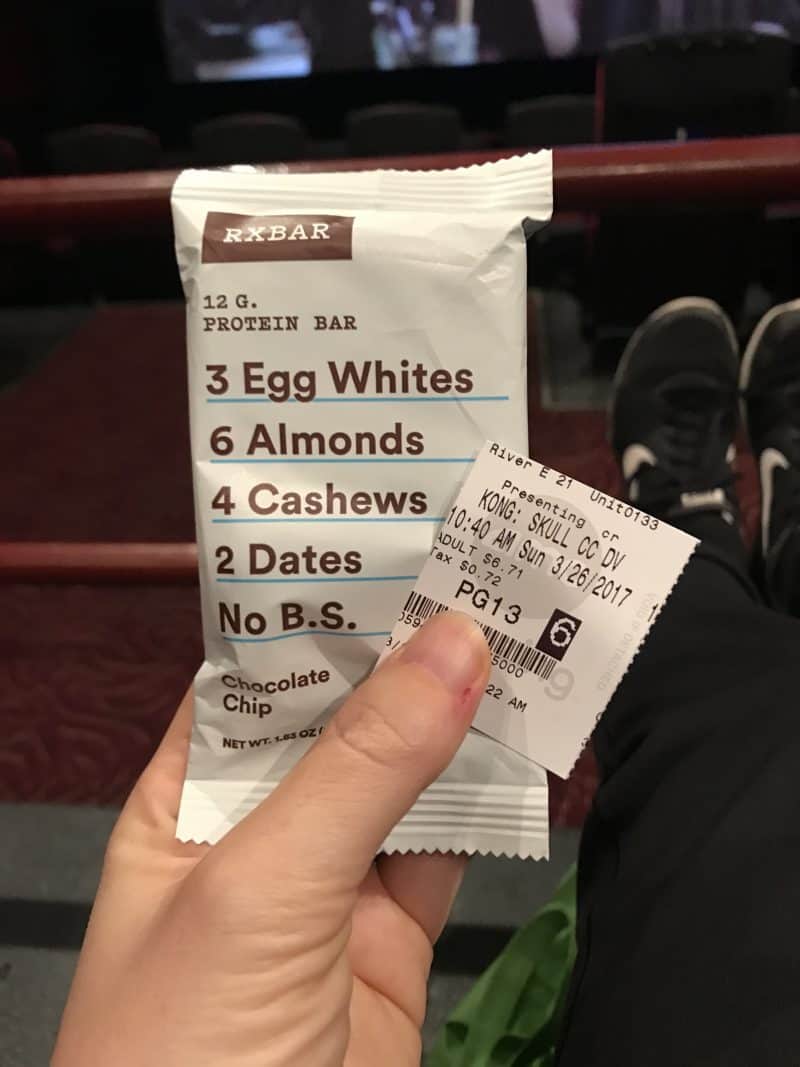 I really liked it but I’m not sure if my view is tainted from loving Tom Hiddleston so much.

After we got home, we made fish tacos and I fell asleep again. I swear, weekend naps are the best.

When I woke up we watched the first part of the Dave Chappelle special on Netflix before heading out to meet some friends at Whole Foods for dinner. I got sushi which I haven’t had in over a month. What is wrong with me?? 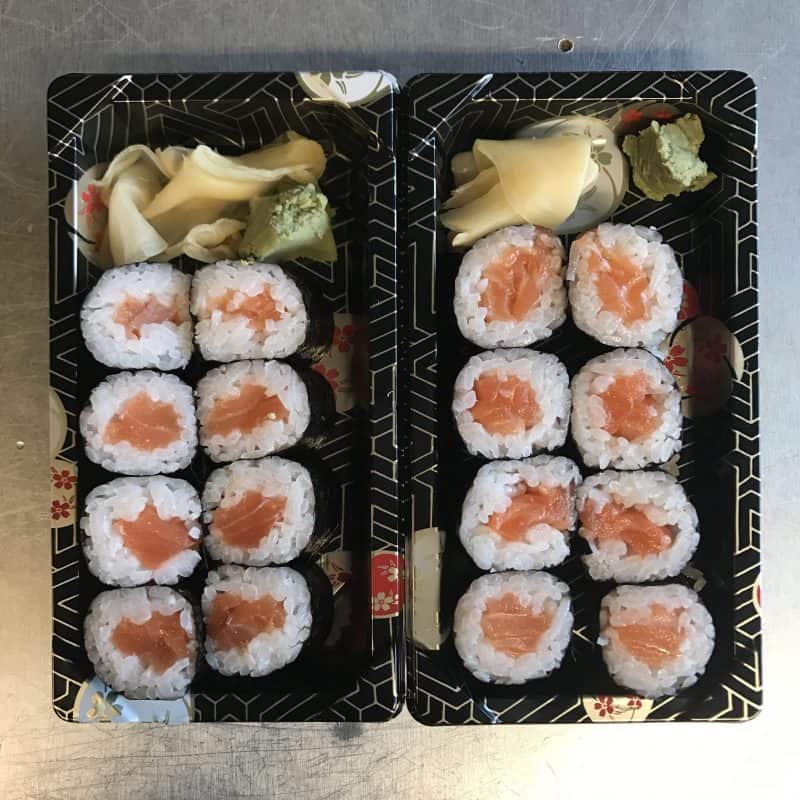 I finished it up with a chocolate and peanut butter cookie and we called it a night. We headed home to watch the fan-made Breaking Bad movie, a very well put together two hour compilation of the entire five seasons of the show. Best way to end a Sunday.

I’ve got a full week to get through and then we are headed to Scottsdale, AZ for a few days. If you have any recommendations in the area, make sure to let me know in the comments or shoot me an email! Hope you all had a great week!

P.S. Don’t forget today is the last day to enter to win a $50 gift card to Fresh Thyme! Find all the details and enter on this post.

9 comments on “One Foggy Weekend”