This week has been pretty low key, mainly just training and writing. I’m still acclimating to Donut’s overzealous love bites which have left my forearms slightly worse for wear, but we’re working on it and hopefully the puppy teething phase will end sooner than later. We’ve also started to bring her in the bed to sleep which is amazing and makes me super happy.

Last night was my second Wellness Workshop, which I’ll be sure to cover in more detail in my monthly recap post at the beginning of August. I really enjoy doing these workshops and connecting with people around the city; it always leaves my heart feeling full.

This weekend we don’t have much aside from Donut’s weekly puppy training which she had to miss last week because of her trip to the emergency vet after falling out of the bed (she’s fine). I’m looking forward to some rest and relaxation to gear up for a new week! Here’s what I have for this week’s Five Things Friday. 🙂

I finally made the jump and asked for a camera for my birthday. Neil has been trying to buy me a DSLR for years, but I know myself and I knew I wasn’t ready to put in the time to learning it. I take all my pictures with my phone, which serves me really well most of the time. Lately, I’ve been finding some limitations with it, however, mainly in the image quality when transferring them to the blog. They would look slightly too processed when blown up to this size compared to Instagram, so I wanted to try and capture better quality images to share with you on here.

Another limitation was with macro (close up) and portrait shooting. The iPhone has a phenomenal portrait mode, but it doesn’t work well for trying to get close up images. This was limiting for food shots and even if I wanted to be a little closer on mine or someone else’s face in that mode. It’s also virtually useless in low light, so I finally reached a point where I knew I needed something a little more advanced for those types of shots.

The Sony a6000 came highly recommended from several people, including many bloggers who use it instead of their DSLR when traveling. I didn’t want to invest in a DSLR myself because, again, knowing myself I would become dissuaded by the size and weight of it and eventually stop using it as much. This is lightweight, super portable, and allows me to interchange lenses if I need to. I’ve only had it about a week and still have more to learn, but so far I love it!

Sidenote: I bought the camera body only and this 50mm lens separately on the advice of several photographers who told me that the stock lenses that cameras come with aren’t always the best quality. 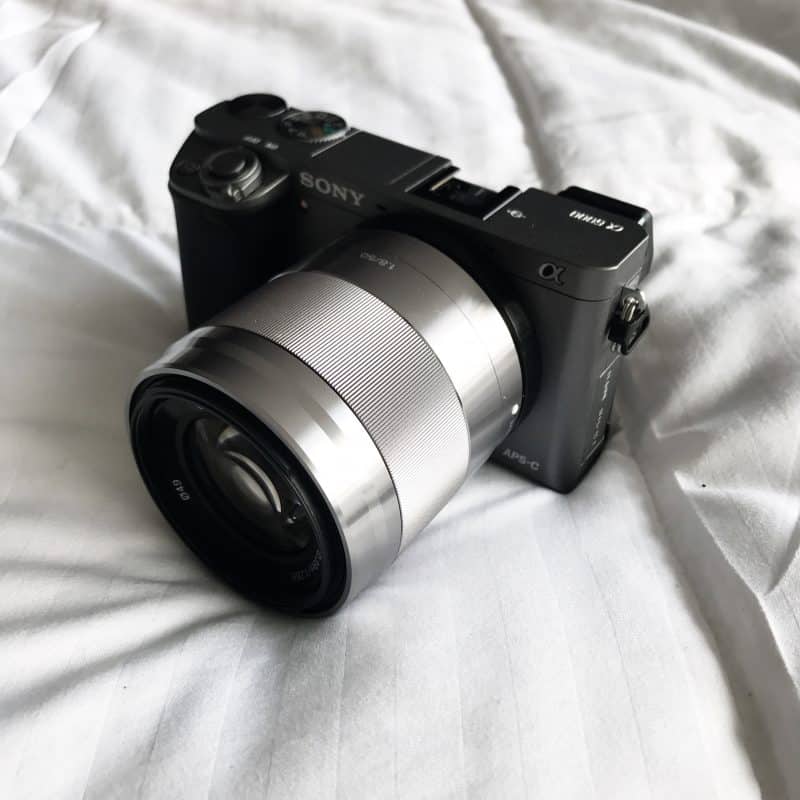 I was given some varyious desserts from Yum Squared Bakery here in Chicago and one of those was a number of lemon lavender cookies. I’ve been on a light, citrusy kick lately (as evidenced by the key lime popsicles earlier this week), so these have been my go-to dessert snack. They’re almost a shortbread consistency and are perfect without being too heavy or sweet.

Sidenote: this was one of the first food pictures I took with my new camera. 🙂 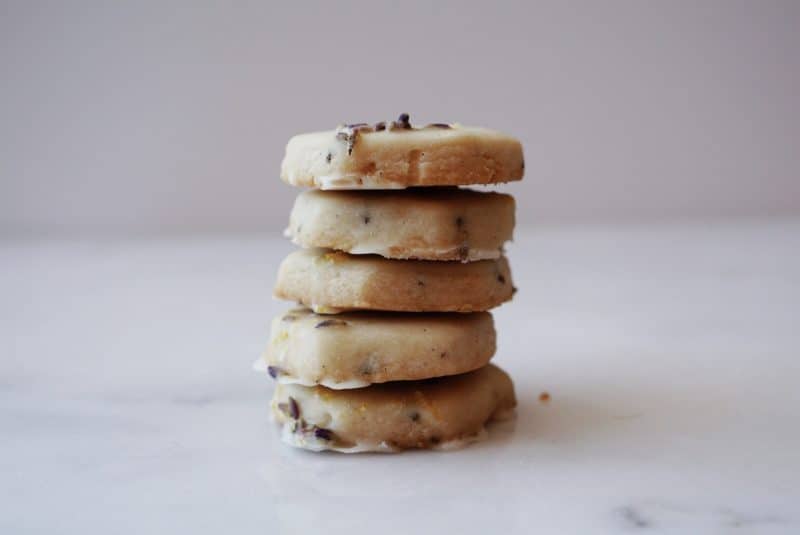 Along with the lemon and charcoal scrub I got at Scratch Goods that I shared about last Friday, I also had a chance to try out this turmeric and matcha butter stick.

I’ve seen similar products on social media, so I was excited to try it out. It is supposed to lessen dark spots, reduce inflammation, and fight bacteria on active breakouts, which I seem to have more of lately. I’ve used it a handful of times, and so far it seems to be beneficial. The only caution is to wash it off after using it because of the turmeric which can stain clothes/sheets. Also don’t leave the house forgetting you have yellow spots on your face.

Sidenote: You can always order online if you don’t live in Chicago! 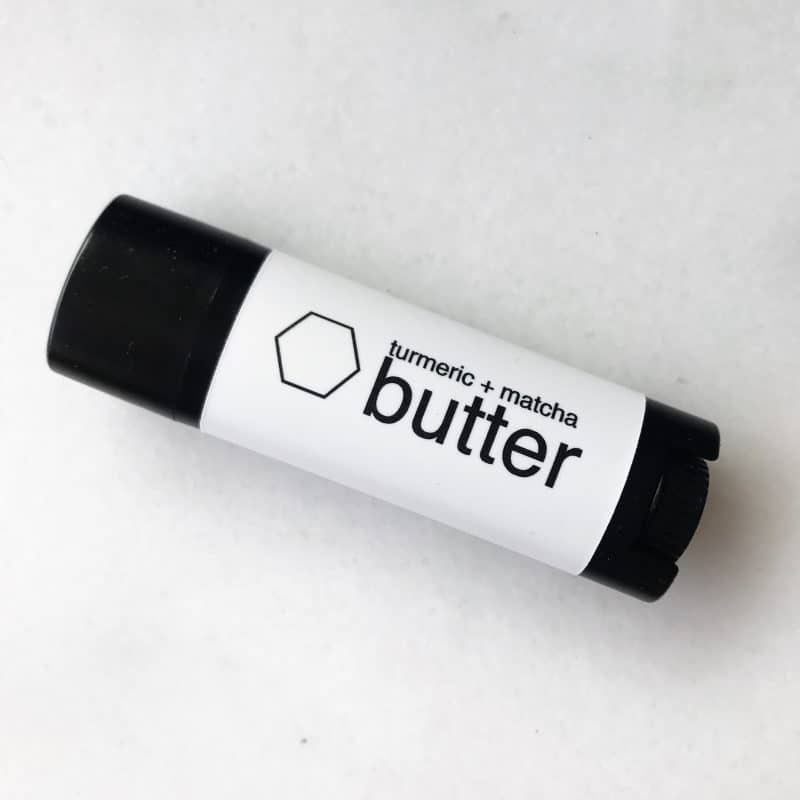 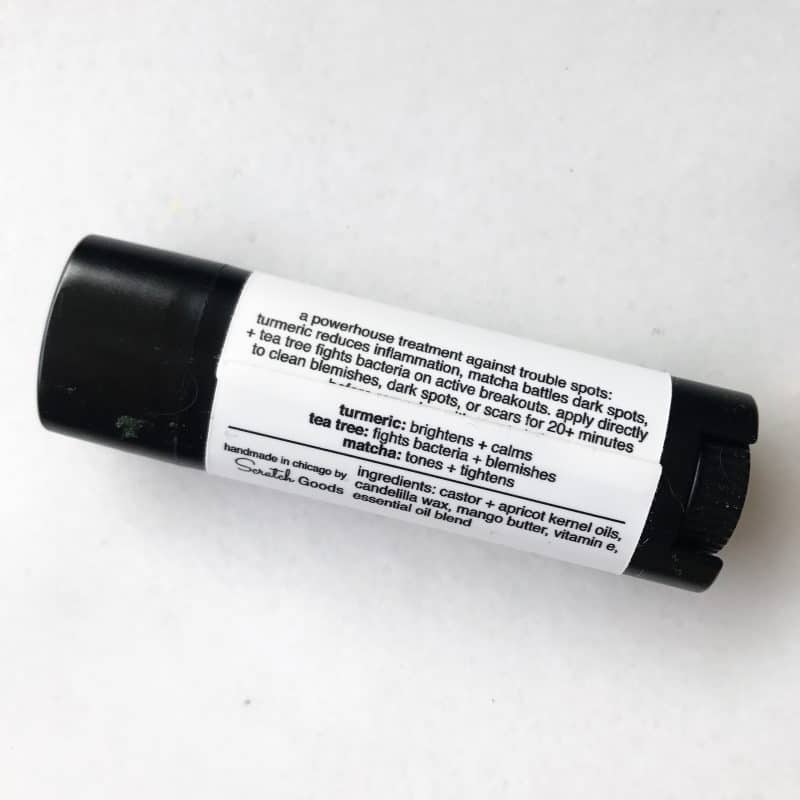 After we got Donut, I got a couple new dog-themed tanks that I love.

The first is from Puppies Make Me Happy, and I already have another one by them as well. Every order comes with a tennis ball, which was a little weird the first time since I didn’t have a dog, but this time it makes sense. 🙂

Sidenote: all proceeds from the “resuce puppies make me happy” line go to support their rescue dog initiatives, which you can read more about on their site. 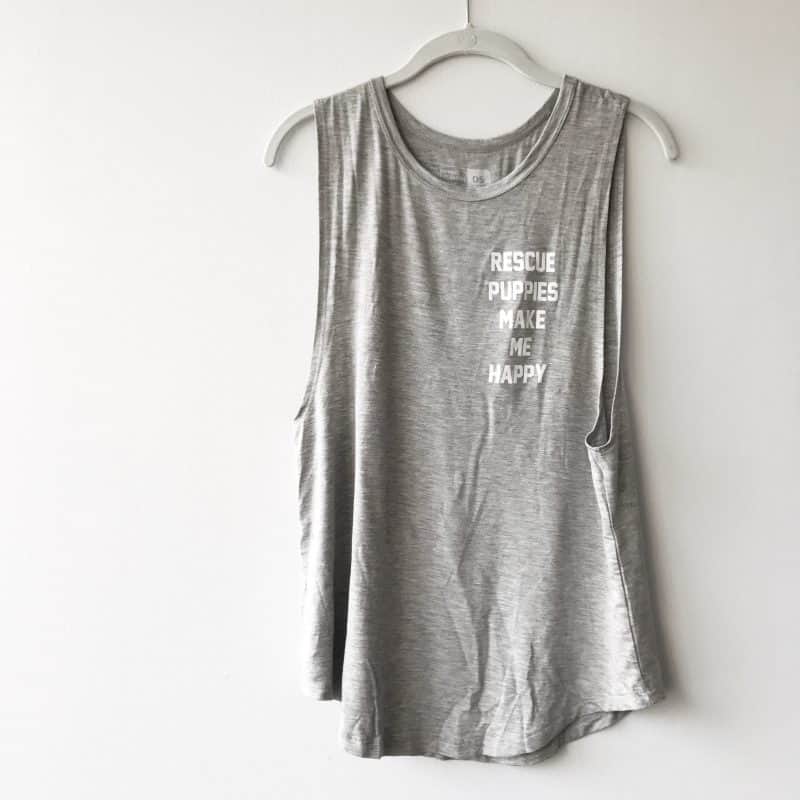 The second shirt was also a birthday present from friends, so I’m not sure where they got it, but I’m going to assume it’s from Arm the Animals from my Google search. I’m hoping to run into the woman from the elevator while wearing it. HA. 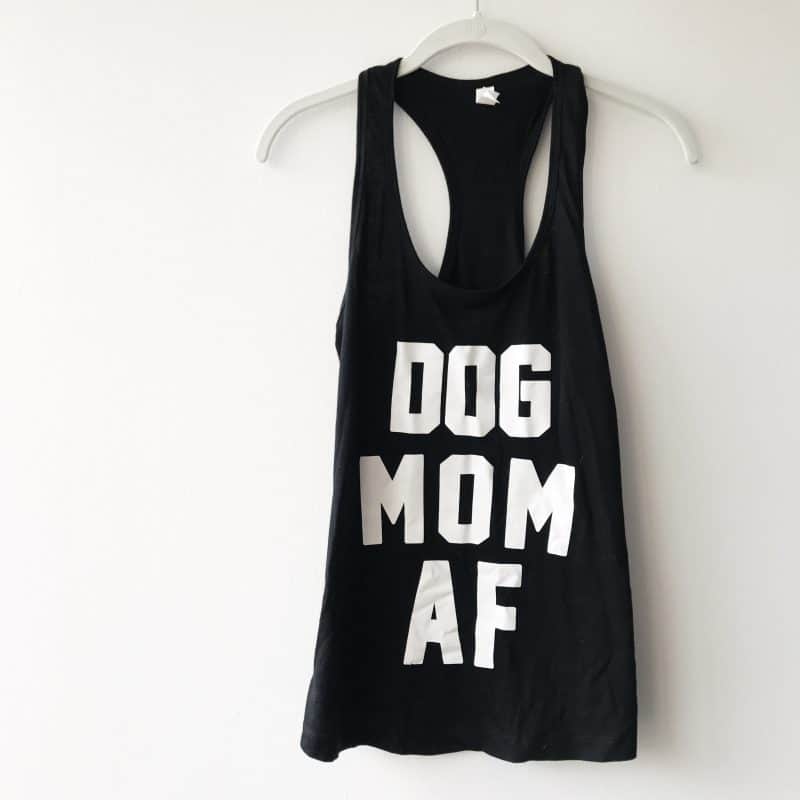 Neil and I started watching Ozark on Netflix over the weekend and finished it Tuesday night. First of all, it starts Jason Bateman who I love, and secondly, it has all kinds of things I like: drama, murder, suspense, cartels, and a good plot.

I was worried that I wouldn’t like it because Jason Bateman has made a name for himself as a comedic actor, but he did really well in this drama, directing four of the episodes and executive producing all of them. He plays a financial analyst who ends up laundering money for a Mexican cartel and after a series of events has to relocate and continue that relationship or his family will be killed.

I really liked the storyline, all loose ends were explained or tied up, and the way each episode played out was really well done. It reminded me a little of True Blood and Lost at times, both shows that I loved. Let me know if you’ve seen it!

That’s all I have for this week, so check back on Monday for your next post!