Can you believe it’s already September?

The weather is starting to cool off which I’m really looking forward to because the older I get, the more I feel that my favorite time of year is fall. I have my writing trip to Michigan scheduled for later this month and I’m REALLY excited about it. Before I get ahead of myself, though, it’s time to take a look back at August.

Towards the end of the month I took a trip to visit my sister in Vermont. It was a great way for me to get outside of the city, away from the regular schedule of life, and back to nature. If I had been smart about it, I would have gone later in September so I could see all the colors that Vermont is known for in the fall, but I’m glad I went regardless.

You can read more details about the trip in this post. 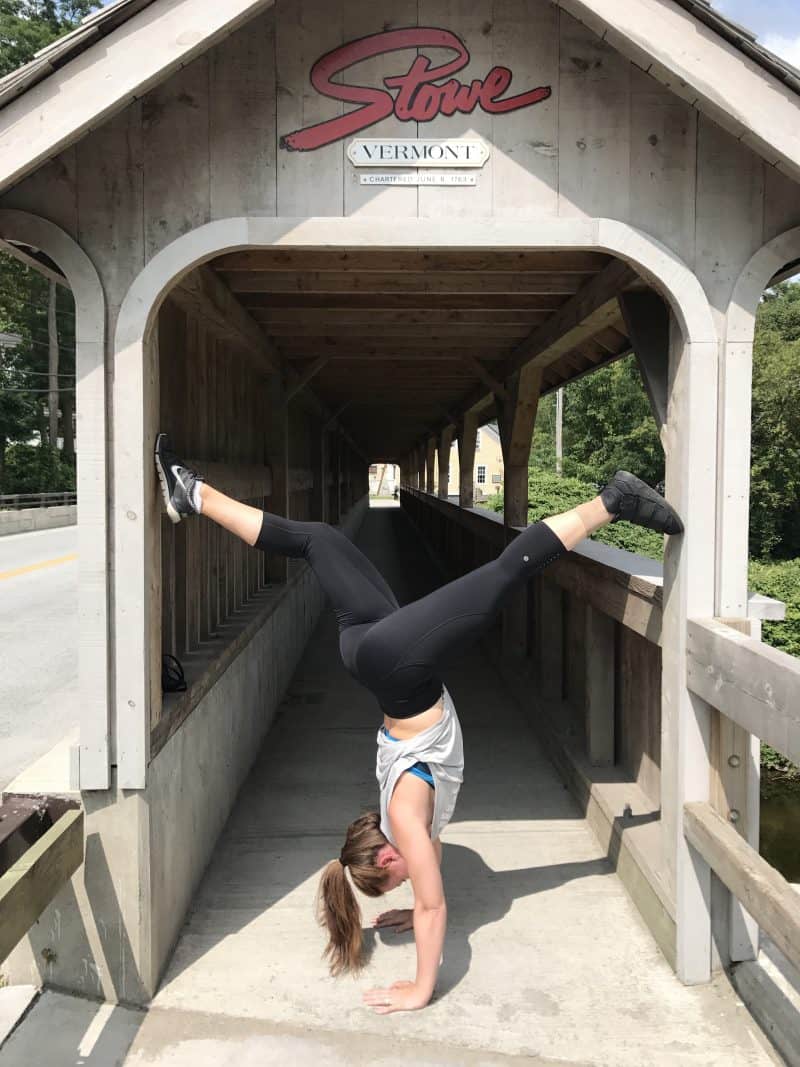 As you can tell from the above picture, I finally went to a foot and ankle doctor who diagnosed me with a stress fracture in my foot. I have to wear a surgical compression sock and this fancy boot for 4 weeks. As I write this, we are two down, so hopefully another two will do the job and I can get back to my regular workouts.

If you ever find yourself in a similar situation and either can’t work out or have to modify what you normally do, there are some helpful posts here and here.

Being in Vermont allowed me to spend a lot of time with my favorite little creature (don’t tell Donut). If you don’t know Pinky, my sister’s dog, you can read more about her here. 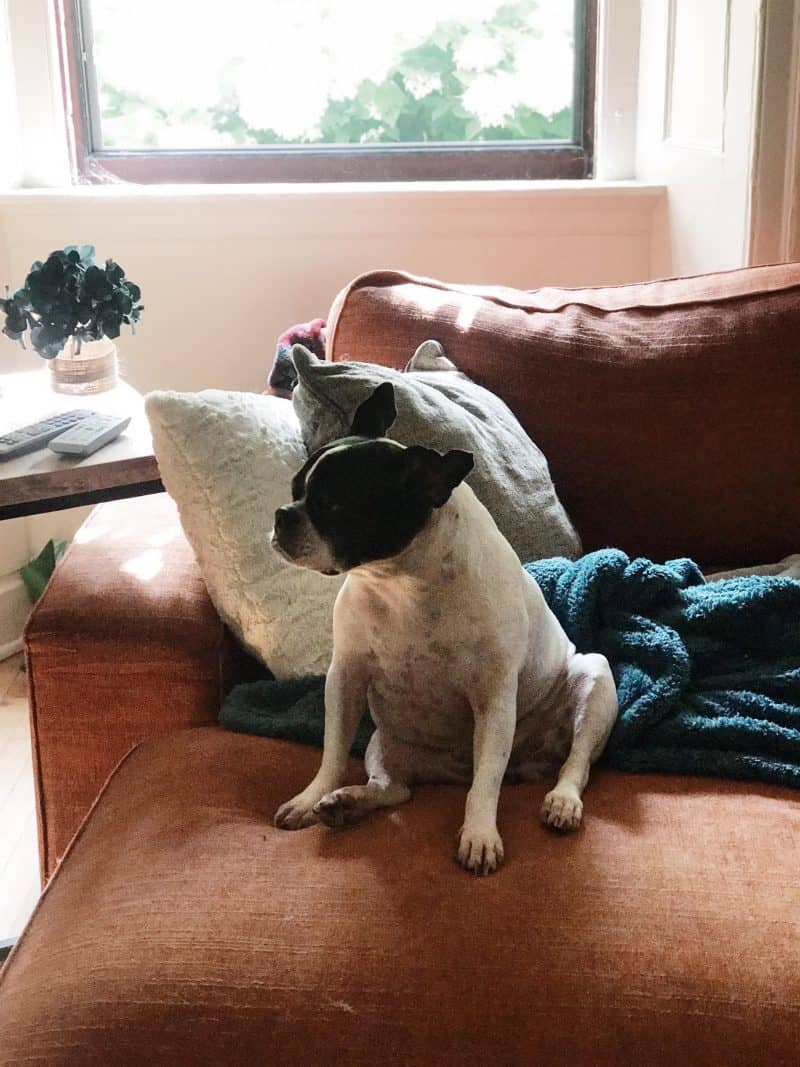 I hit 25 thousand followers on Instagram! It’s incredibly easy for me to reach a number and focus on the next goal because at any given time I can point to someone who has more followers than I do, but this time around I really tried to let the fact that 25 thousand PEOPLE come to my account for food and nonsense stories. That’s actually a really big number and I’m thankful for each and every one.

As a sidenote, Donut now has her own Instagram account if you can’t get enough dog pictures. I know I can’t. My feed is full of food, crazy workouts, memes, and animals. So many animals. 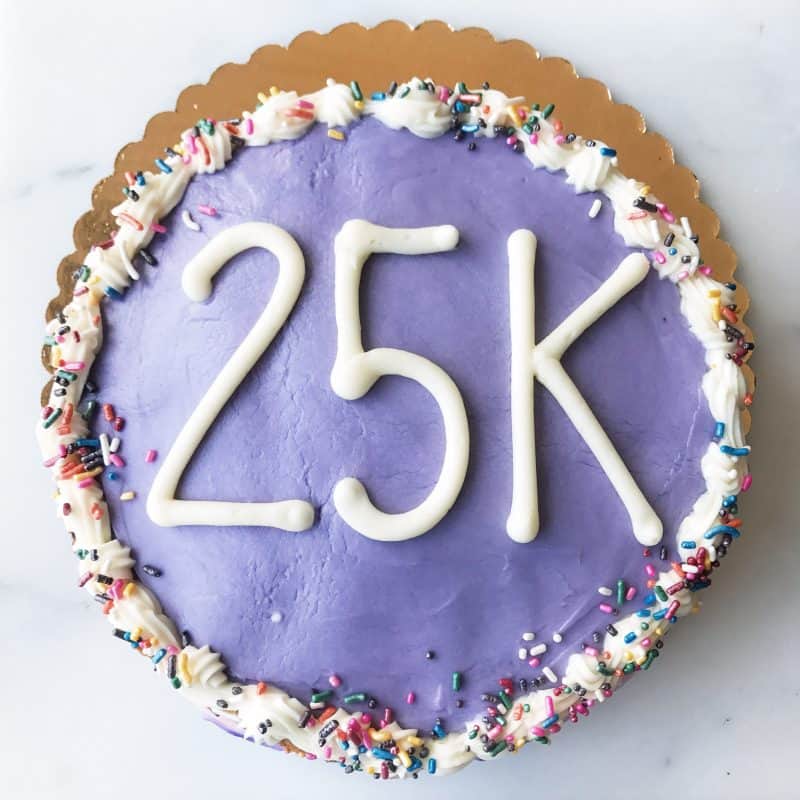 On the last day of the month I hosted my third wellness workshop.

The focus of this workshop was on body image. Before we got into that discussion, however, we were led through a helpful 30-min session by physical therapist Meredith Franczyk. 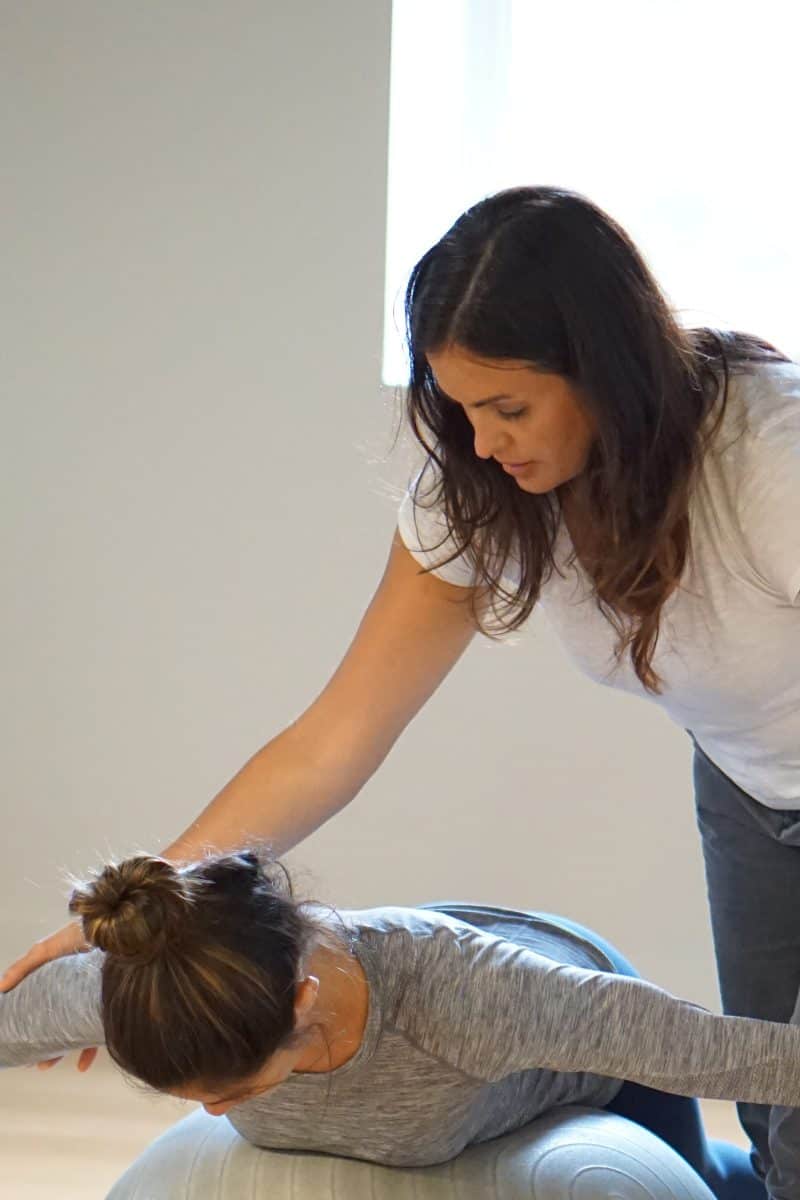 She did some postural assessments and showed us helpful stretches to do throughout the day — especially if you’re someone who sits at a desk for hours at a time. 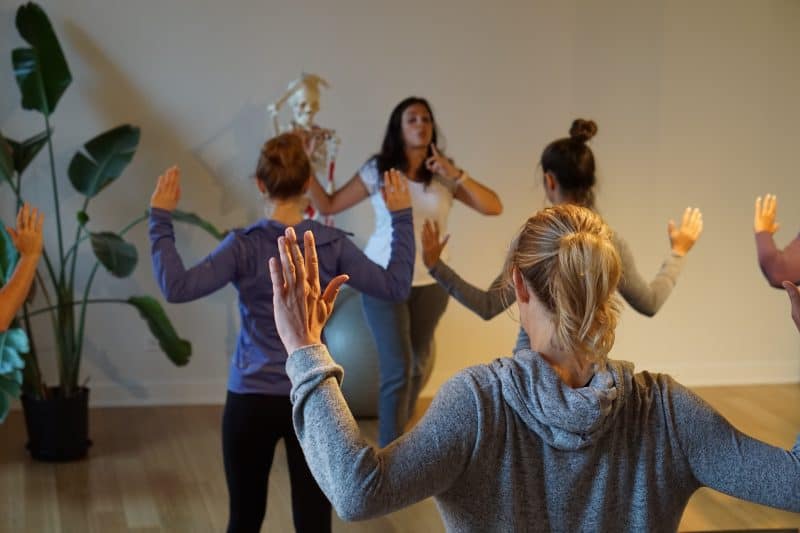 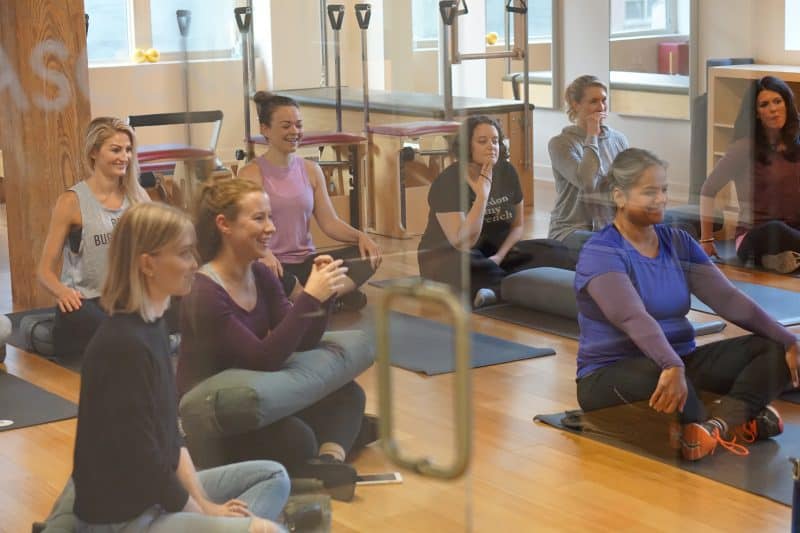 The last 45 min or so was a discussion about body image where I first shared my own issues and how I’ve learned to not let my thoughts control my actions. After I did that, I really wanted to hear everyone else’s thoughts on the subject and what strategies they have for not letting body image issues get in the way because it’s something I continually struggle with and can always use more help.

It was a wonderfully enlightening evening and I took away many helpful things to remember in my own life. One thing that stuck with me is the phrase “fat is not a feeling.”

The term fat is an adjective, not a feeling. It’s a way to describe — just like I can say I have brown eyes or freckles, both of which are not feelings. What happens when we say “I feel fat” is that we are really feeling another negative emotion that is harder to face and look at than passing it off as “feeling fat.” The next time you find yourself wanting to utter that phrase, take a second and ask yourself what you’re really feeling. 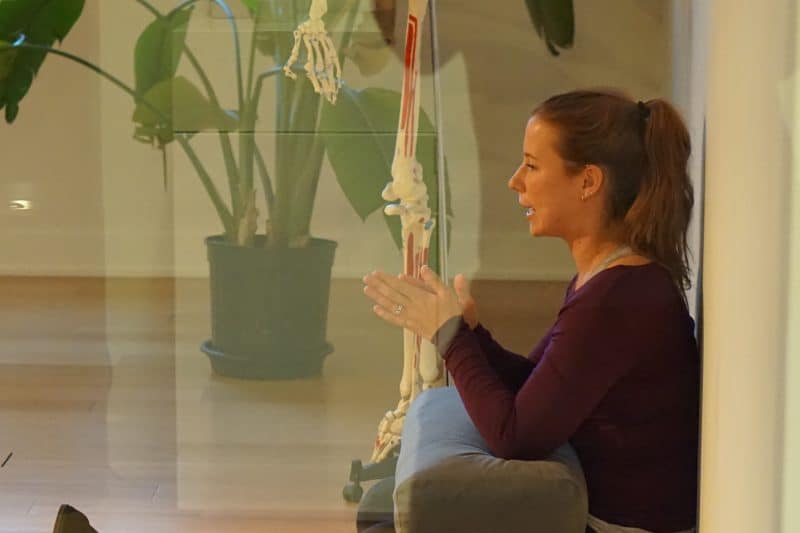 Donut graduated puppy training! You can tell she is really excited about that. 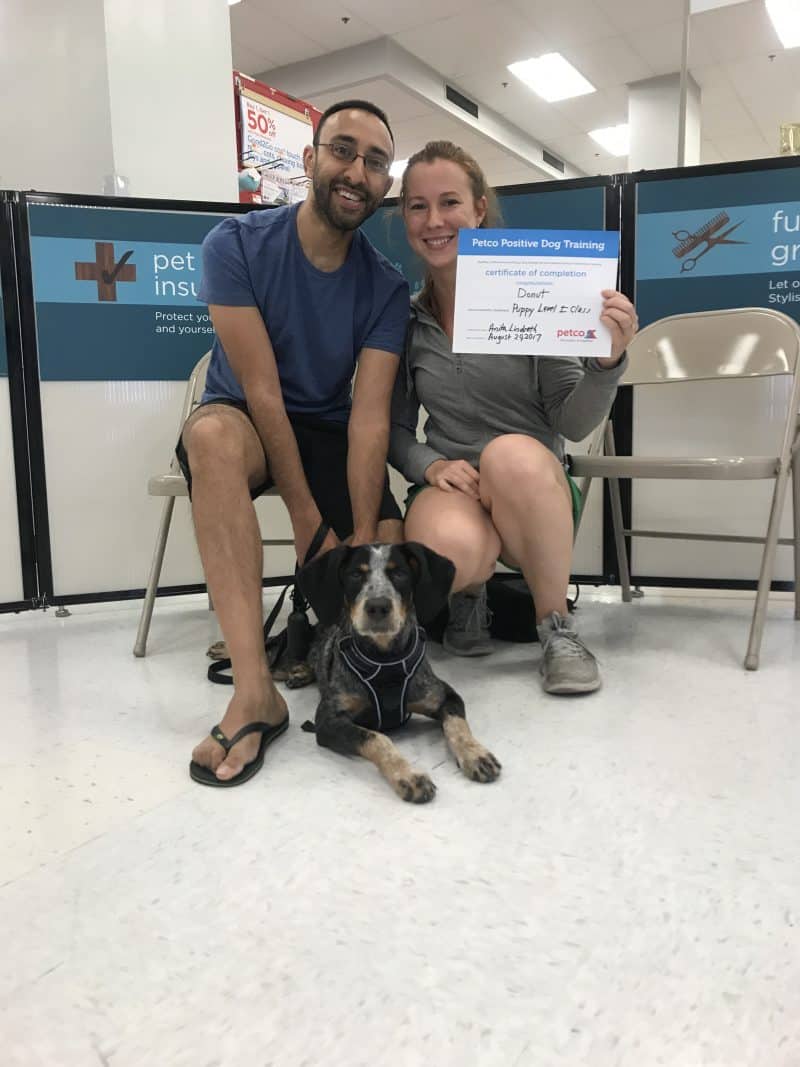 One more thing about Donut is that in August we found out she’s actually about two months older than we thought she was when we adopted her.

I took her to the vet and because she had lost all her puppy teeth by that point, she likely wasn’t the five months that we were assuming she was. They told me that she was likely seven months instead of five, which means that at this point she’s almost eight months old. SLOW DOWN TIME. 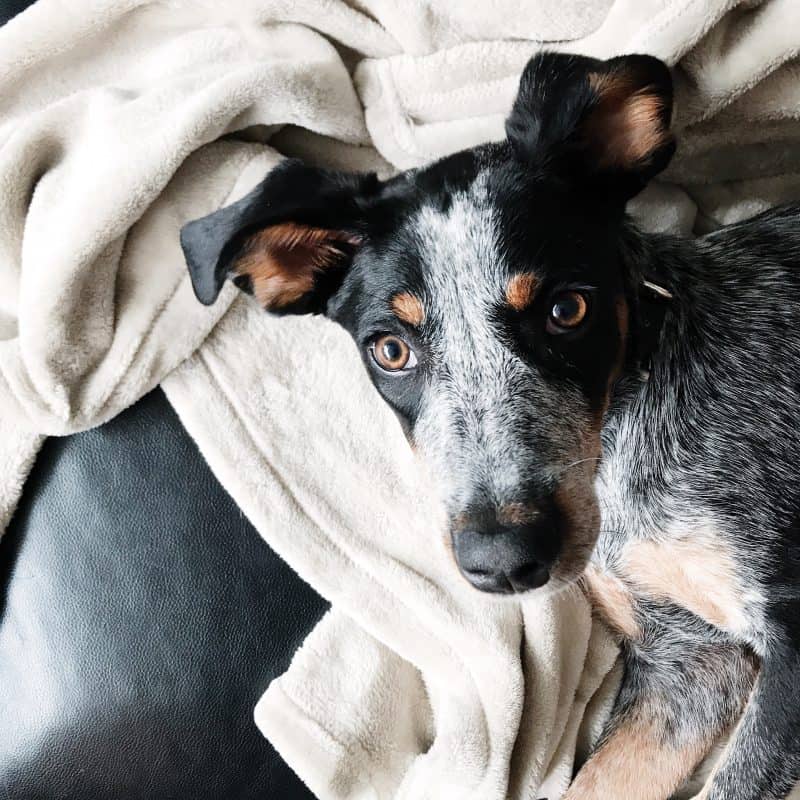