I am pumped for today because we are headed to Milwaukee for the Schitt's Creek Up Close and Personal tour featuring the whole cast. Of course they were here in February a mere 10 minutes away at the Chicago Theater, but I didn't know about Schitt's Creek until recently. The tour is almost over and the closest show was in Milwaukee, so we are headed up there tonight to see it! We are bringing Miles and I am crossing my fingers that since it starts at 8 pm he will simply sleep in his carrier, but anything can happen. WISH US LUCK.

I didn't realize it until I went to write this post, but all the items this week are food. It's certainly not a bad thing, but I like to mix it up every week. Next Friday I will have some variation in there, but until then, here are five foods I'm loving this week. 🙂

I've been a fan of Honey Mama's for years now and just recently a friend alerted me to the fact that they found them at Trader Joe's! I rushed there the next day and bought the two varieties they had -- nibs & coffee and truffle. They are both so delicious and if you haven't had them before, head to your nearest Trader Joe's.

They're in a different package/shape than the normal square bars, but it's the same magical chocolate for only $1.99! 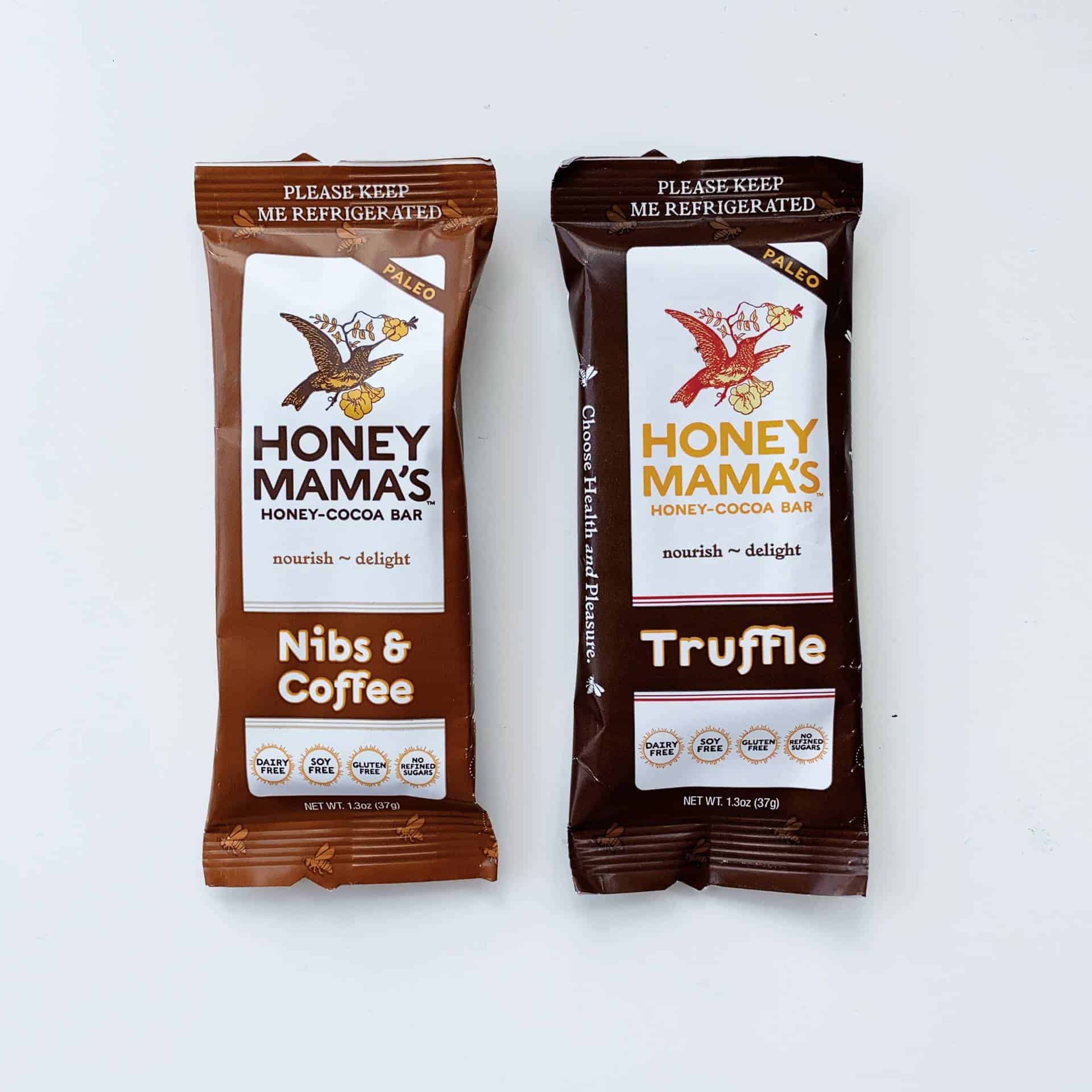 I'm also a fan of Kodiak Cakes in general -- their pancake mix, waffles, brownies in a cup, etc.

I had had their oatmeal in a cup, but they recently came out with the more financially economical oatmeal packets. I've always loved Quaker instant oatmeal packets and these offer a healthier alternative which I love. 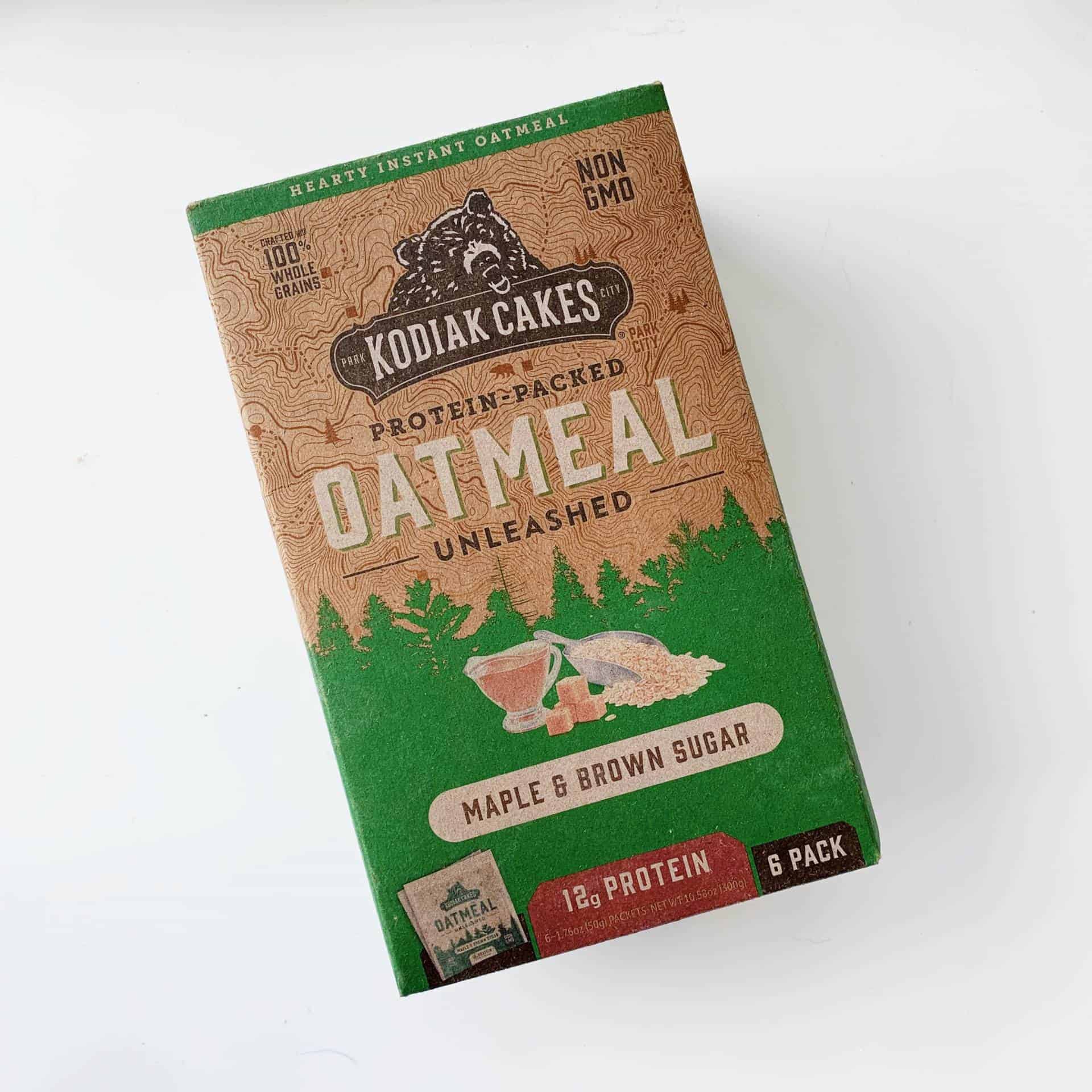 My sister told me about the Brandless company when they first came out, but this is the first thing that I've tried by them. In an attempt to try and cut down on my Starbucks expenditures, I made my own cold brew at home with these filter packs. All you have to do is add one pack to water and then let it sit in the fridge for 24 hours. I've also started making my own sweet cream as well, which may make an appearance next week in this post.

The only thing I would suggest is to offer a decaf option, although I know it's certainly not as popular. I switched to decaf a year plus ago because my body's response to caffeine is so unpredictable and now I'm having the same problem since I've started drinking more regular coffee again. If I decide to switch, there are also options to make your own cold brew with regular coffee grounds, so I can just stock up on some decaf for that. 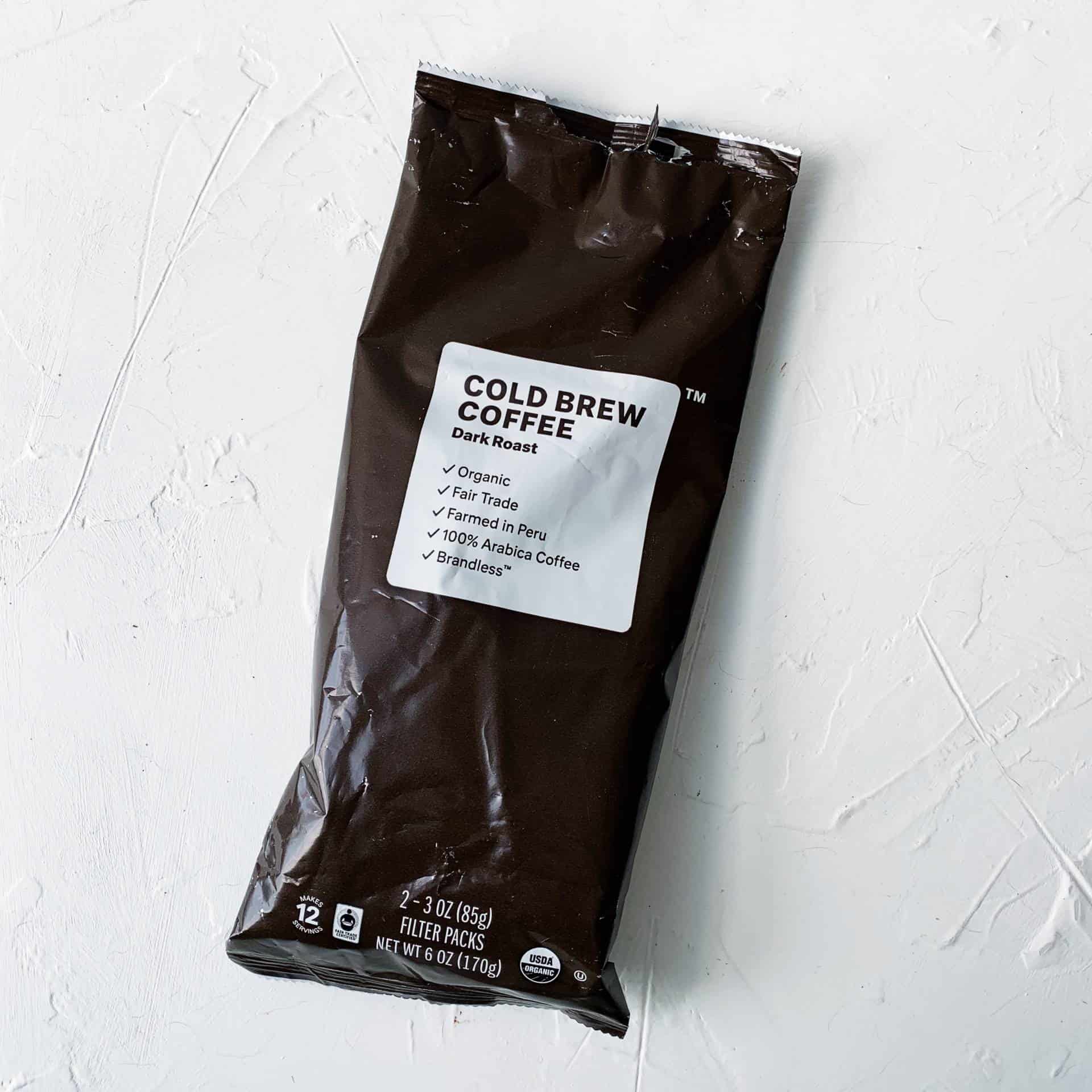 I bought these on a whim while I was in TJ's this week and I'm really glad I did! There are four turkey burgers to a box and the only ingredients are turkey, salt, and rosemary extract. They cook in about 10 min and I just top them with whatever sauce I'm in the mood for. There are ways to fancy them up, of course, but I'm pretty basic when it comes to meals at home. 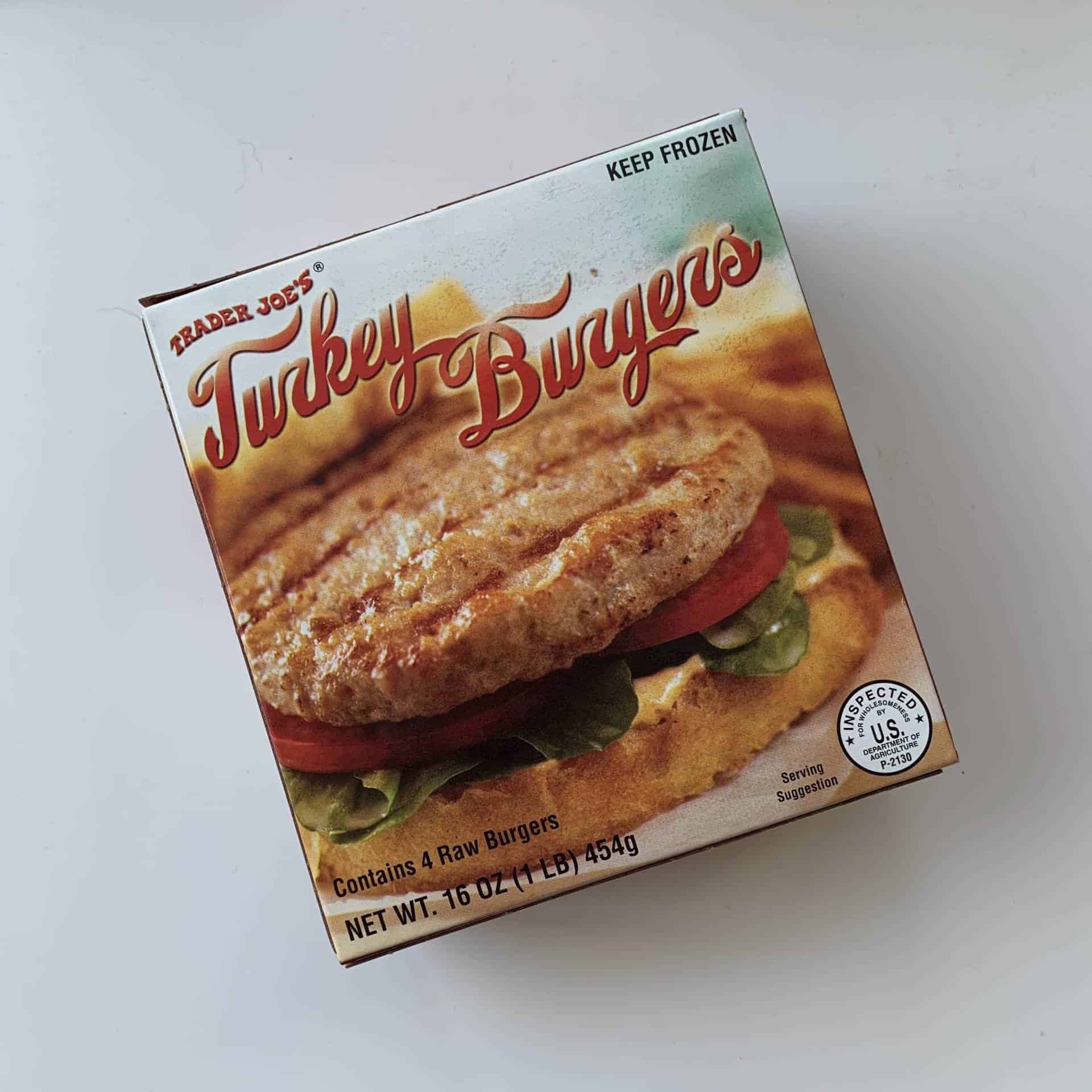 One of our favorite meals at home is seafood pasta - a mix of pasta, pasta sauce, and whatever fish we happen to throw in there. We live pretty close to Eataly where we can grab one (or more) of many different types, but it's so much better than boxed. I could also figure out how to make it at home, but because of our location, this is way more convenient. 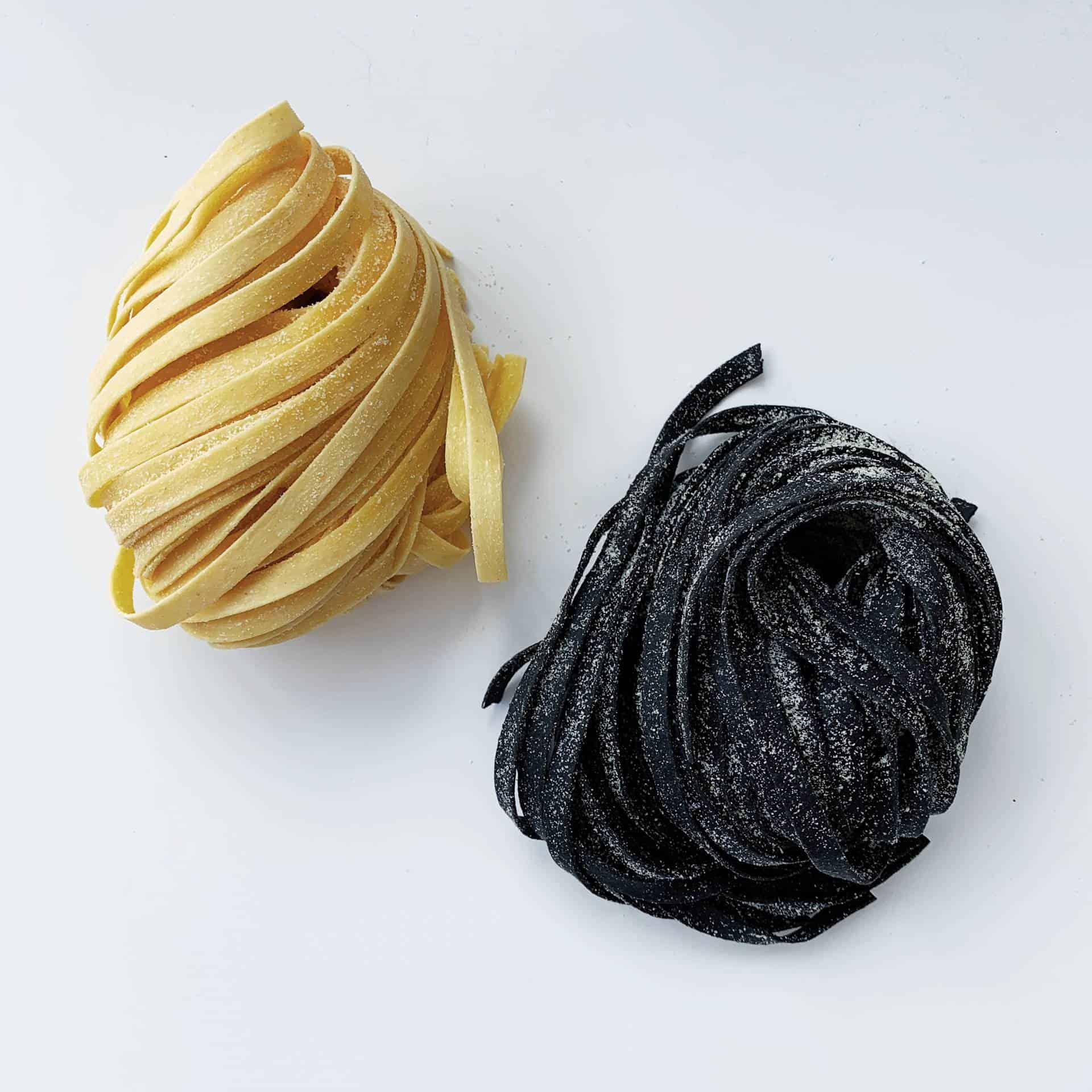