It feels like forever since I've written a Friday post and to be honest, it kind of has been. Between packing, moving, and unpacking, I just wasn't quite able to get into a rhythm with getting them done. BUT WE'RE BACK.

Home is finally starting to feel like home since we've unpacked and are slowly getting things to fill the spaces of two more bedrooms than we previously had. The first week was nonstop as I had errands to run pretty much every day (and not just being able to walk places like in the city), but things are finally slowing a little and I feel like I can catch my breath. We got some quotes on the renovations we want to get done (kitchen and two bathrooms), and I think we've settled on one who will likely be able to start in September. I'll keep you guys updated!

I'm also trying to get as much stuff done as I can to make life simpler as I progress in this pregnancy. Right now I've been changing squirmy Miles on the floor and playing with him down there as well, but I'm already aware that this will get harder as my stomach gets bigger and I'm not able to scrunch up as easily. So while things may seem in fast forward right now, hopefully that will lend to a slower going as the months go by.

I have a bunch of things that I could include in today's post, but here are some of the ones that stuck out to me lately. Enjoy!

You likely know about my obsession with high end candles, so when my friend sent me one as a housewarming gift, I was so happy. This is a new brand to me, and she's always been great about knowing what kinds of scents I will like.

This comics store scent smells woody and papery and I love lighting it at night. If you guys know of any other fancy candle brands I need to check out, definitely let me know! 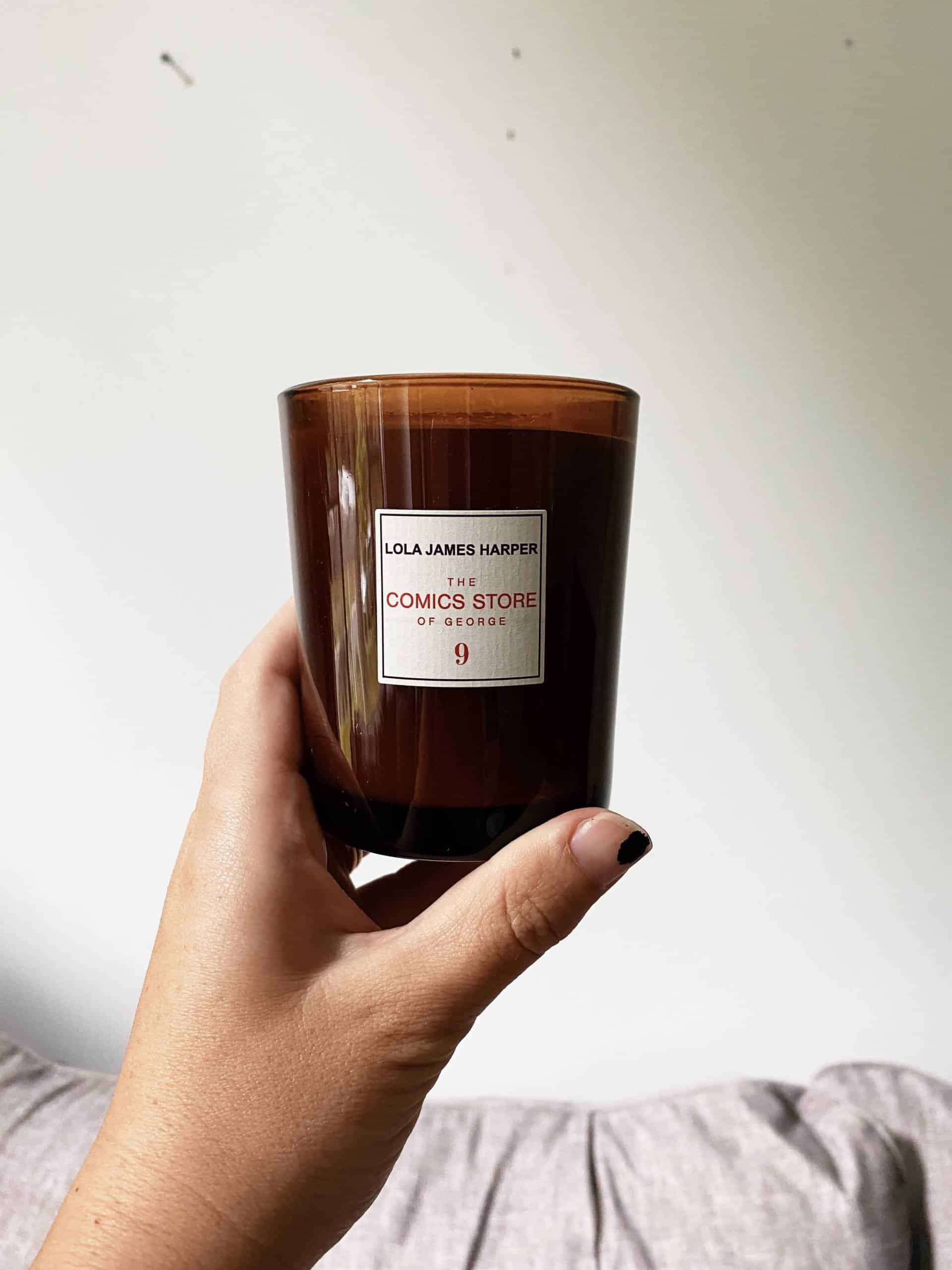 For some reason, I never thought to buy these premade salad kits whenever I was at TJ's. After staying with Neil's cousin before we closed on our house, I realized that needed to change. She told me that she uses them a lot and so I grabbed a couple the first time I went there to shop for our new home.

OMG. They have been so good! This one in particular is my favorite so far and such a timesaver. I'm excited to go back and see what other varieties they have. I only bought two the first time because I wasn't sure if it was something we would keep making, but now I wish that I had gotten more. Definitely pick some of these up if you're near a TJ's.

Tip: you can also add in some meat if you want to make them a little more filling. I didn't with this one, but chicken would be delish. 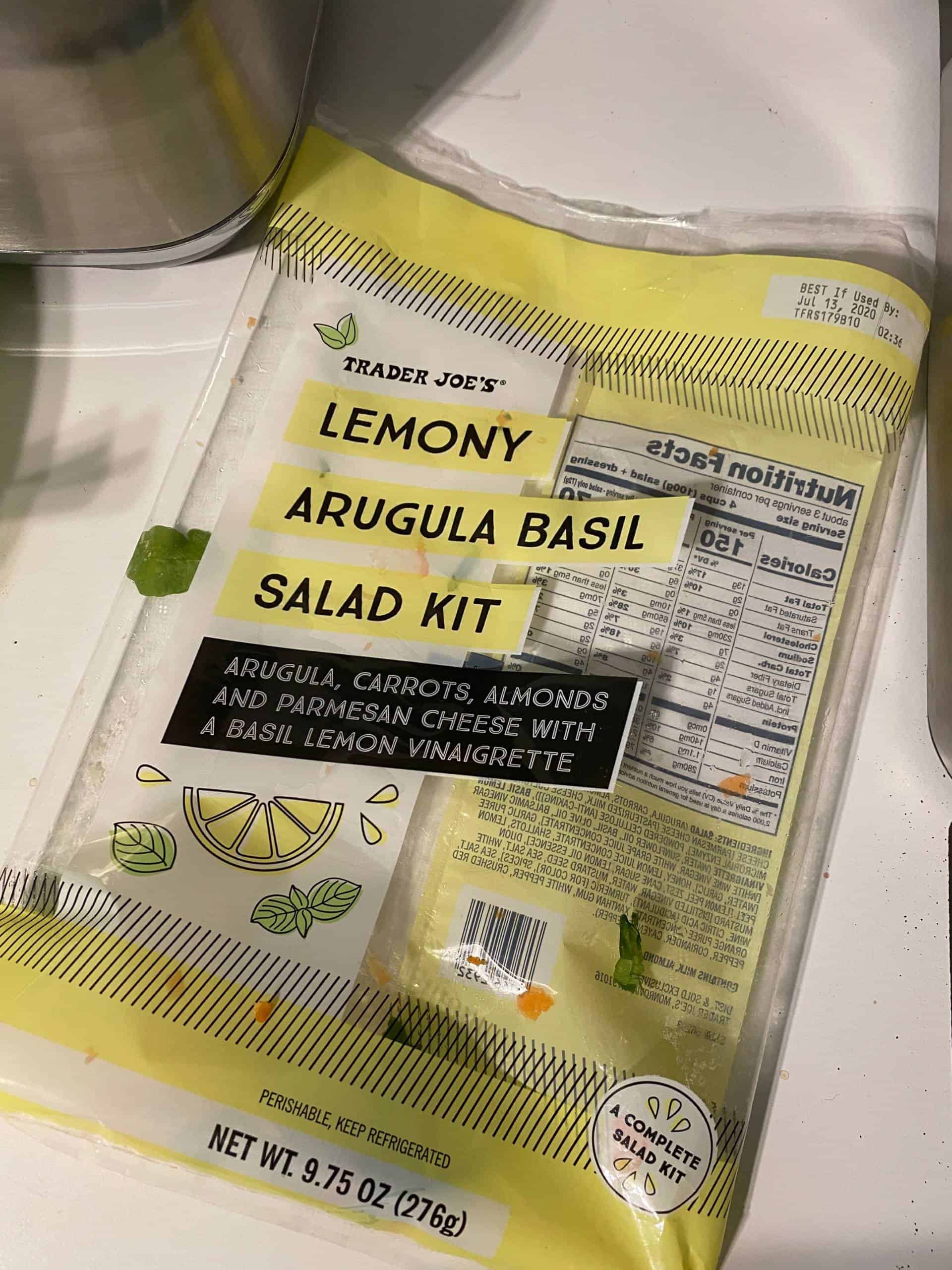 When I was pregnant with Miles, I really wanted tart lemonade. The problem was that every kind I tried was loaded with sugar and wasn't refreshing to me at all. I tried this pink lemonade a couple weekends ago (also something I didn't know about at TJ's), and it's the closest thing I've found to what I had been craving. It's still slightly too sweet, but because it's also bubbly, it's not as bad. Just don't drink the entire bottle like I did in one day.

There's also a regular sparkling lemonade that I've gotten from there too that's delicious. I'm going to stock up the next time I go back. 🙂 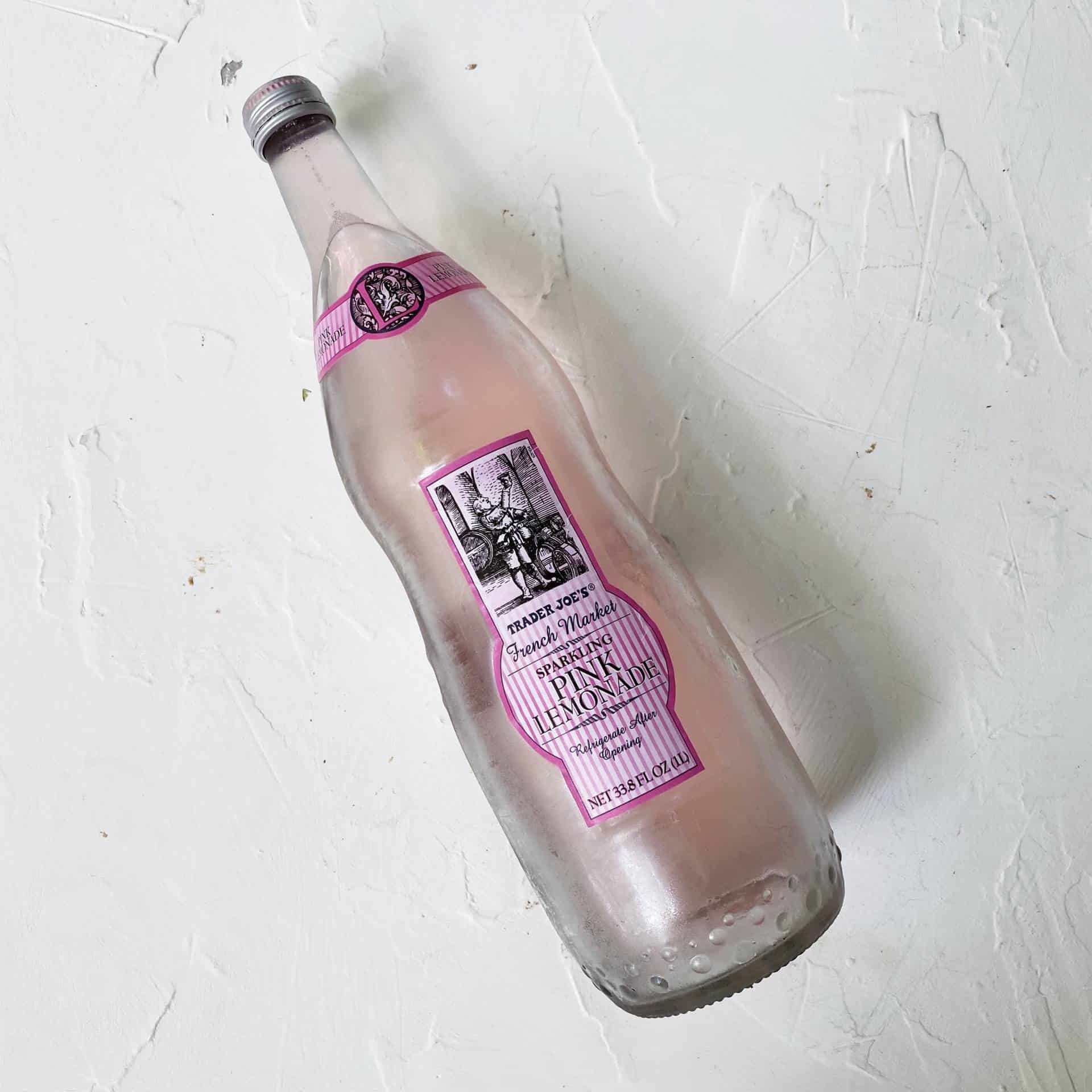 You may have caught it if you follow me on Instagram, but Miles started walking! He had been on the verge for so long, but always found it easier to just cruise around and hold onto things. One day, before we moved into the house, I had to take him over there while we got some plumbing issues sorted out. With no furniture in the house to hold onto, he suddenly started taking a few steps. It was the first time that he had ever been in that house and that's where he walked for the first time. SO sweet. 🙂

Since then, he's been a walking maniac and dare I say he's even picking up the pace at a remarkable speed. He definitely requires more watching now as he's also mastered climbing the entire flight of stairs. Good things for baby gates! 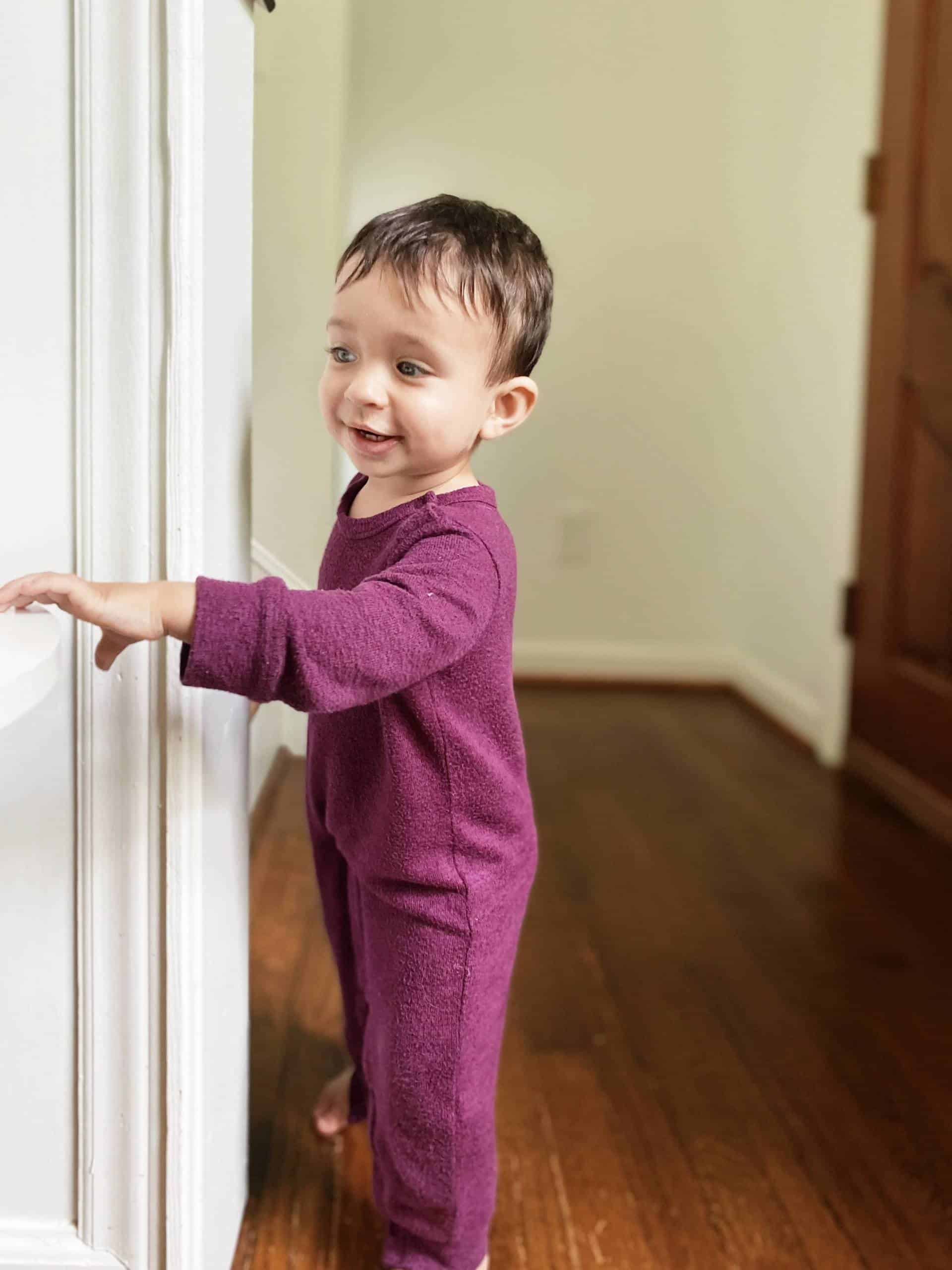 Neil's cousin actually turned me onto this brand on Amazon when I told her I really liked her exercise leggings. They felt really durable and not cheap at all (unlike the ones that people rave about from aerie). I looked at their products and decided to try one of their tops because I already have 2157687 pairs of leggings.

I ordered two of these Y-style tops, which look the same as the ones from Lululemon that I own. Once I got them, I was impressed with their longer length and the thickness of the fabric. There's also a shelf bra and removable lining if you don't like it. Overall, I've been really impressed with them and ordered a third one that should be here today. They're only $24, which is more than half off the price of the ones at Lulu. I definitely recommend! 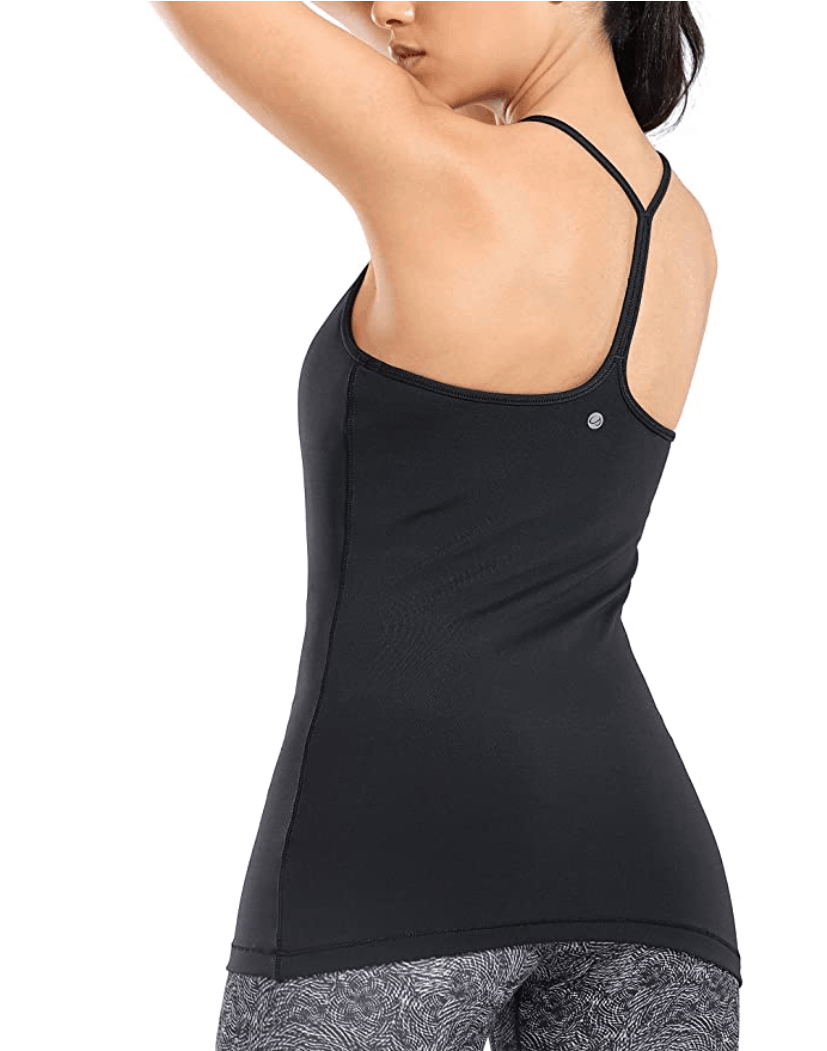