I can't believe we have been in our new house for almost a month now. I've really enjoyed decorating it and settling in to make it feel like home. We met with our contractor again yesterday to talk about the upcoming renovations (likely sometime in September), and it looks like we will have to be out of our house for about three weeks in order for them to get everything done as quickly as possible. Soooo back to Neil's cousin's house it looks like. I'll keep you updated on that as we learn more!

I'm settling into a little bit more of a routine and have been able to find times that fit for me to work so I don't feel like I'm constantly behind on content planning and the like. As always, if you guys want to see a certain topic, feel free to shoot me an email or leave a comment below and I'll do my best to accommodate. Thank you so much for following along and I really appreciate you all.

To wrap up the week, here are some of the things that have been making me happy.

Last week I shared about how much I loved these invisible shelves, but I realized that I also never shared about how much the pictures on the wall brought me joy. In addition, I went to Home Goods this week and got a new comforter and some king-sized pillows because before we were sleeping with a blanket that Donut had torn and it wasn't really all that presentable.

The prints were digital downloads that I bought on Etsy, then uploaded online to print at my local FedEx. In Chicago, I had all my prints done at Walgreens, but there wasn't one particularly close here, so I opted for the print center at FedEx, which worked out really well. I got the frames at Target and VOILA.

I have some more decor items coming today for the bedroom, so hopefully I can share those with you as well maybe next week. 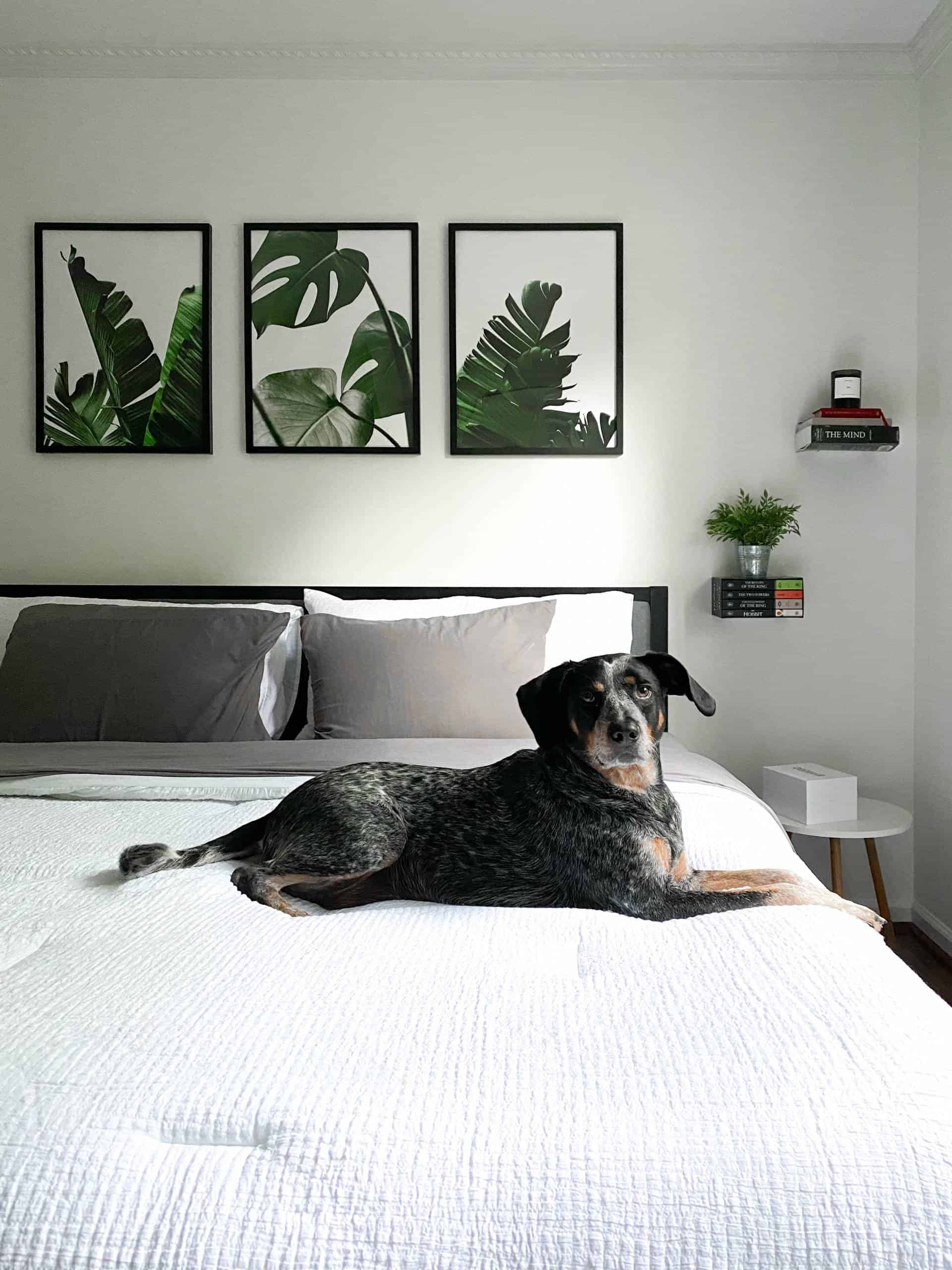 This candle was a gift from my sister for my birthday last week and I LOVE IT. I had smelled it before, so I already knew that I would like it, but I've found myself lighting it nightly as Neil and I relax on the couch. I've found that my candle routine is to put Miles to bed around 5pm, then come downstairs and light a candle as I shift into evening relaxing mode.

There are a few others by this brand and I also really like, but I'll have to add sparingly to the collection because they're definitely pricey. I definitely recommend this one! 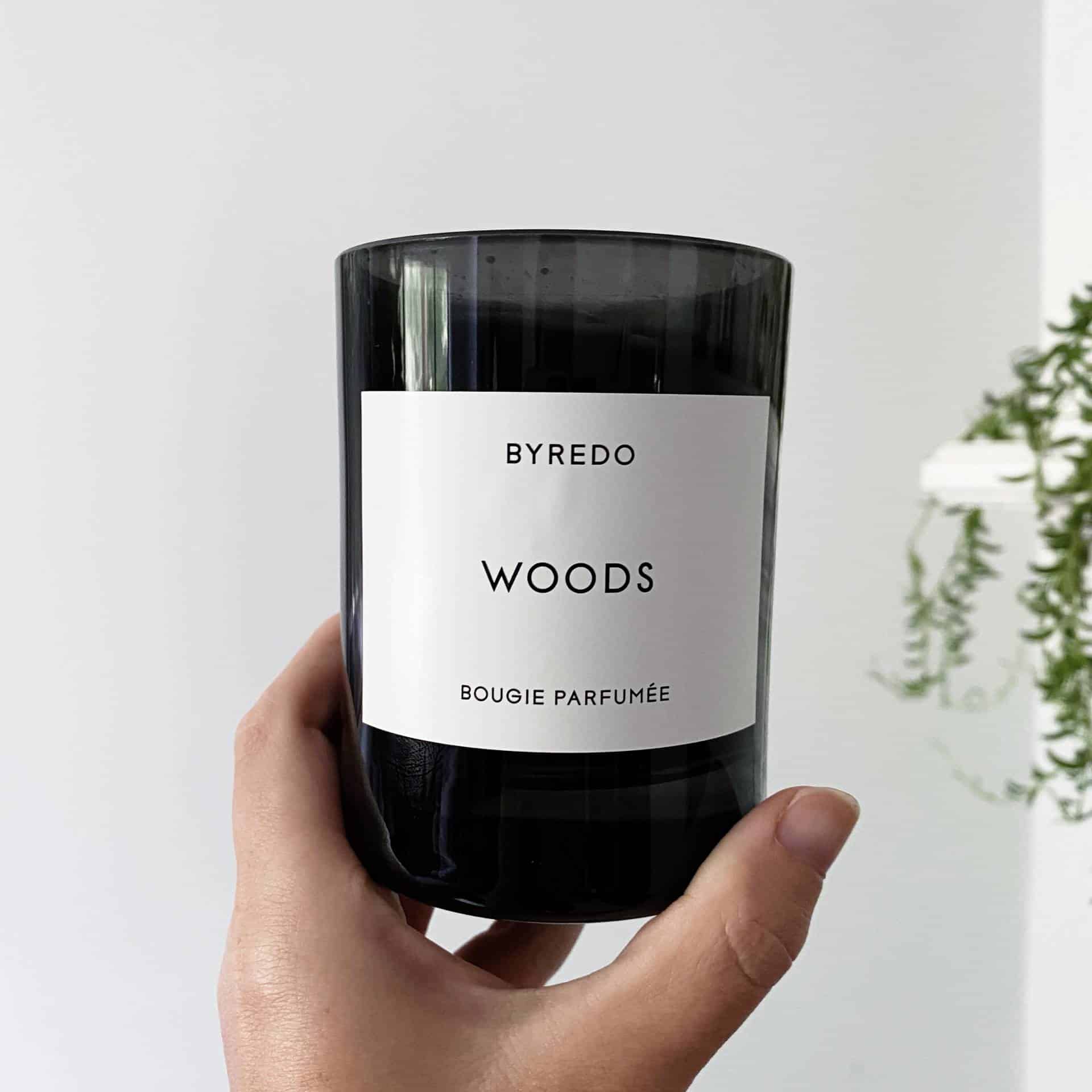 First of all, let me say how proud I am of all my food blogger friends who have come out with cookbooks in the past few years. Since I've been doing this since 2013, I've made a lot of connections and friends, and to see so many of them get to this point has been really amazing.

My friend Kelsey just released her first cookbook -- Unbelievabowl Paleo. It's full of all kinds of beautiful (and delicious) paleo bowls which are also dairy and gluten free. I don't need to eat in those specific ways, but the recipes are great for anyone and especially those who do.

There are easy-to-make bowls for all different meals -- from breakfast to dessert -- and they're all so good. Definitely pick up a copy if you're in the market for a new, healthy cookbook! 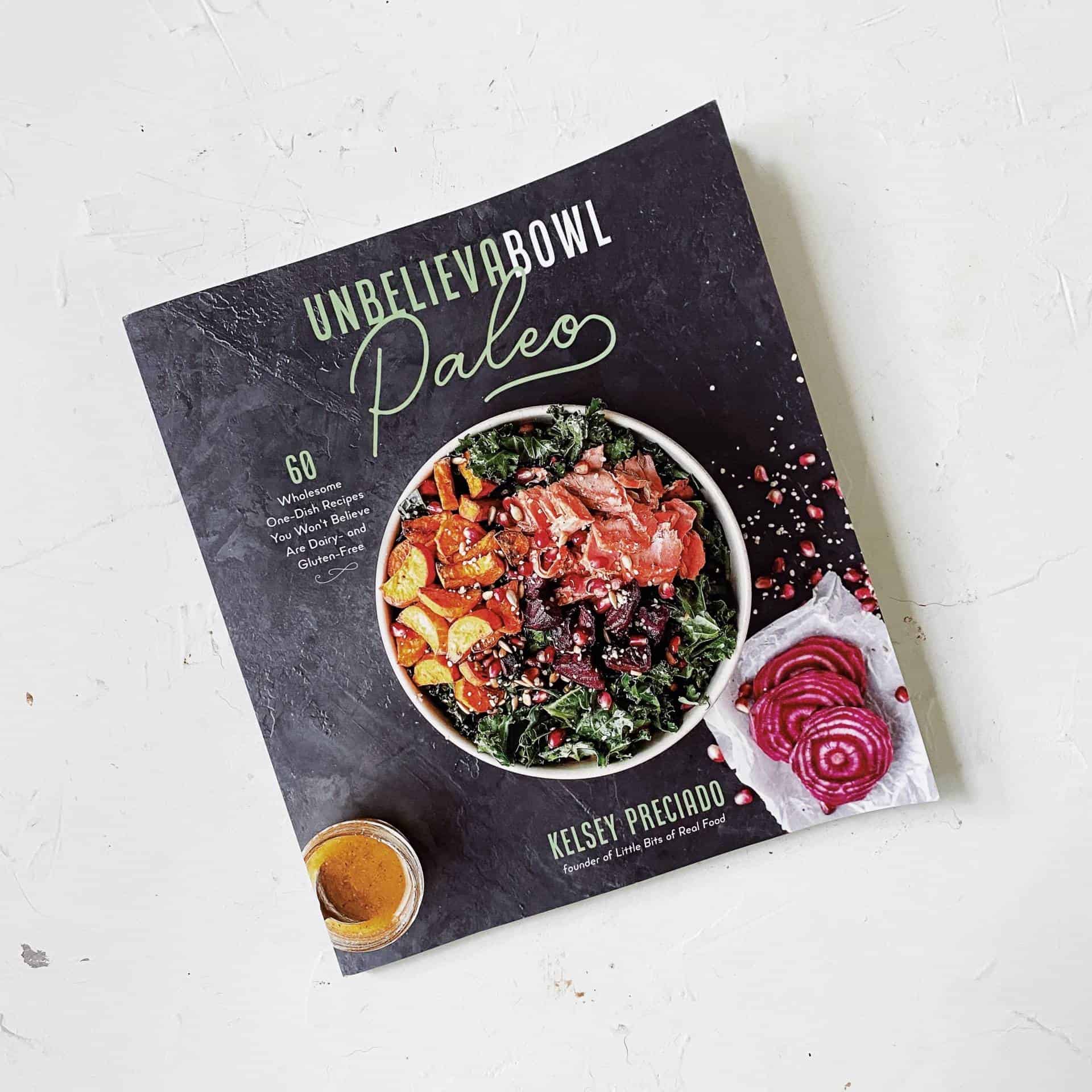 Neil and I hung up a bunch of things over the weekend and while most were no issue, we did have one that had two claw hooks. If you've hung pictures, you know that these are notoriously difficult because you don't have any wiggle room like you do when there's only one hanging point.

I mentioned that it would be great if there was something you could just put on the hooks so that when you put it on the wall, there was a mark where you knew where to drill. Suddenly, I wondered if I could just use toothpaste and guys -- IT WORKED.

This may already be something that people know about, but it was a revelation to me. First, we held up the picture and made some marks where we wanted it to end up. Then, I put a dab of toothpaste in the middle of each hook. Neil held it up to our original markings, pressed it against the wall, and two toothpaste spots were left which told us exactly where to drill! He simply did so in the middle of each dot and the picture went up perfect and level. Try this next time you have something with multiple hanging points! 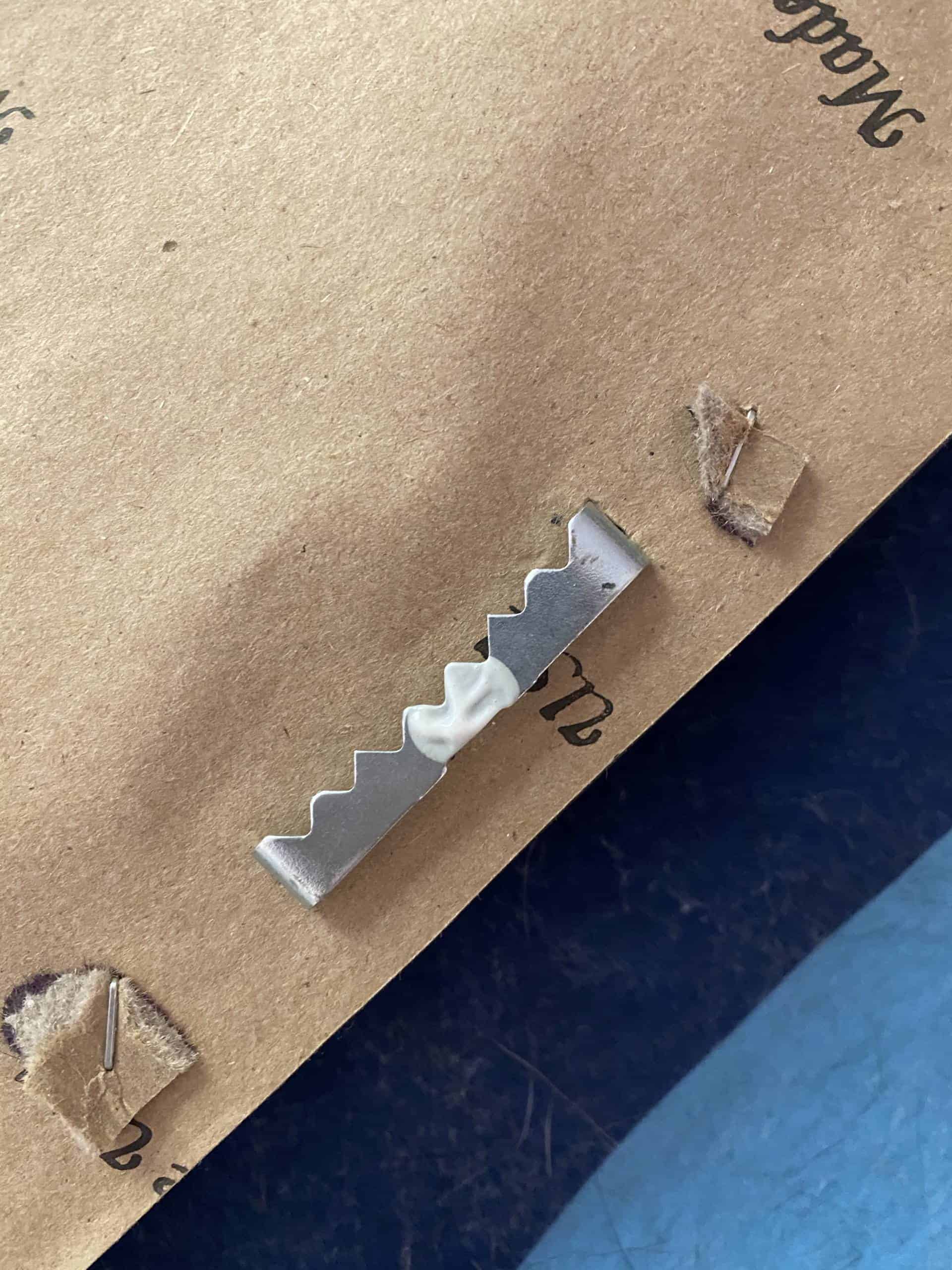 I know I've shared about this before on here, but it's back in my life. I've used this magnesium supplement on and off over the years, and now that I'm pregnant with restless legs again, I went out to the store and picked up some more.

Prior to using it again, I'd have trouble sleeping through the night and waking up with restless legs. The only way for me to be able to get back to sleep was to take a scalding hot shower -- often at 1 or 2 am. I've been drinking this before bed the past three nights and I have been having a much better time sleeping (and no night showers).

I usually mix a tsp with hot water and a slice of lemon. Many people I know like the flavored varieties, but I've always gotten the unflavored, so I just stuck with it. If you're having any similar issues, definitely pick some up. You can usually find it at health food stores or places like Whole Foods, although more mainstream places like Target are now carrying it as well. 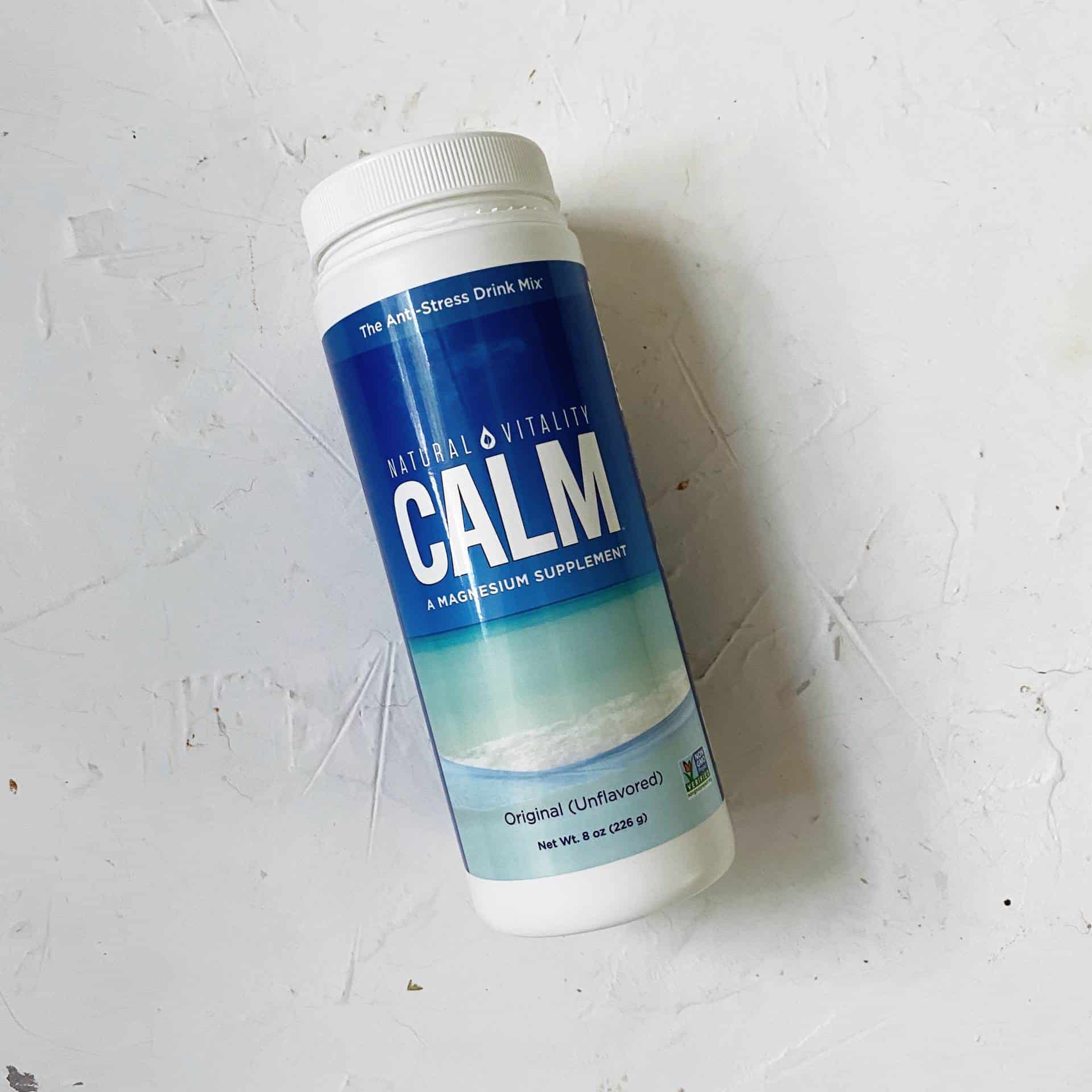