Diva's Half Marathon Recap - Erin's Inside Job Skip to content

Hello and welcome to Monday!

The race and this weekend were so much fun and I think I may have gotten racing fever.  I have been researching more half marathons to run after this one, but I wish the cold weather wasn’t coming so soon. I HATE to run in the cold. I guess we will see what happens.  The night before the race Carly and Jessica came over to our place so we could have an epic CARBFEST.

I made both regular and gluten free pasta and kale salad from Oh She Glows by request since it is the most delicious thing ever.  Jessica brought potatoes, broccoli, and tomatoes, and Carly brought delicious homemade habanero tomato sauce.  YES SPICE. Neil made meat because he doesn’t understand meals without it. 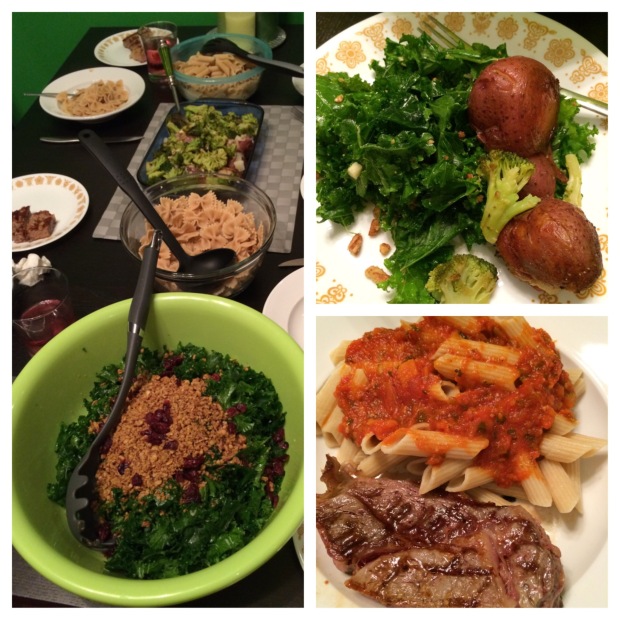 Dinner was so delicious and I was surprised by a visit from my brother to wrap up the night! I haven’t seen him since our wedding reception last October since he has been doing fancy Navy things.  Don’t mind my outfit.  Or his face. 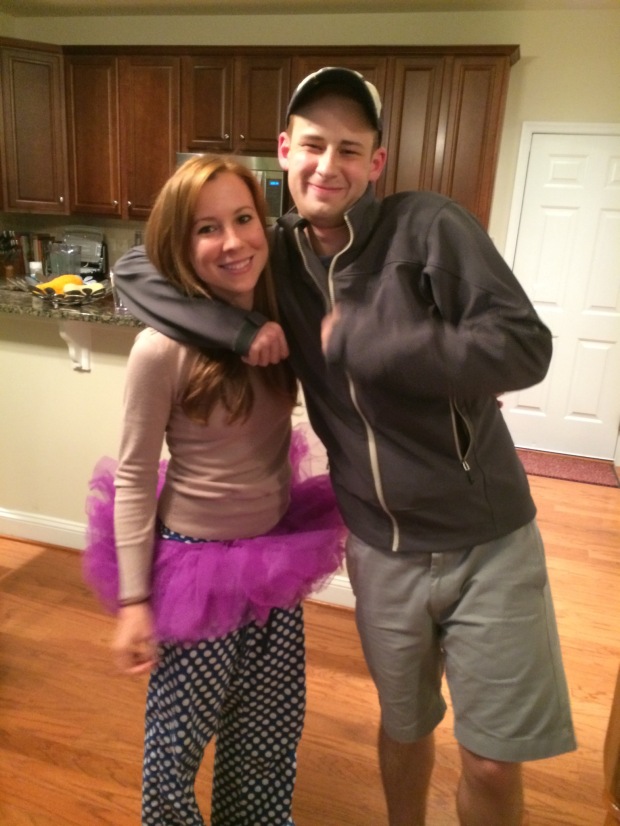 We woke up at 530 am and met up with everyone at a local park so we could carpool together.  It was raining in certain areas and we were really worried that it would affect the race.  I had laid out my gear the previous night so I could just get up and go.  Divas have a lot of swag. 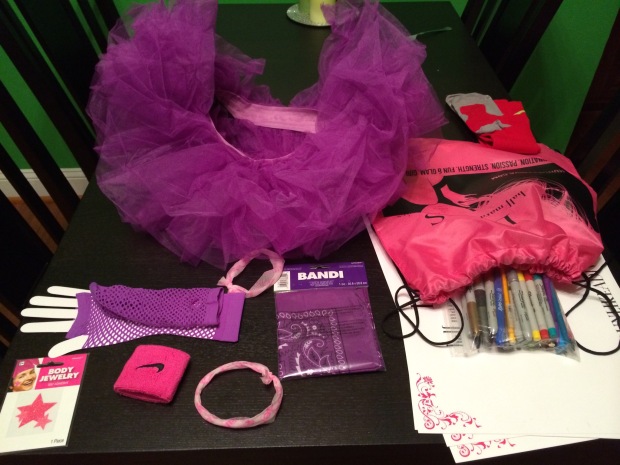 We made it to the race site and thankfully it wasn’t raining.  The weather was actually perfect for this race. It was overcast and cool in the 60s.  I had forgotten to get my knee taped on Friday while I was at work, so we fixed it up in the van.  Nothing like a portable physical therapist. 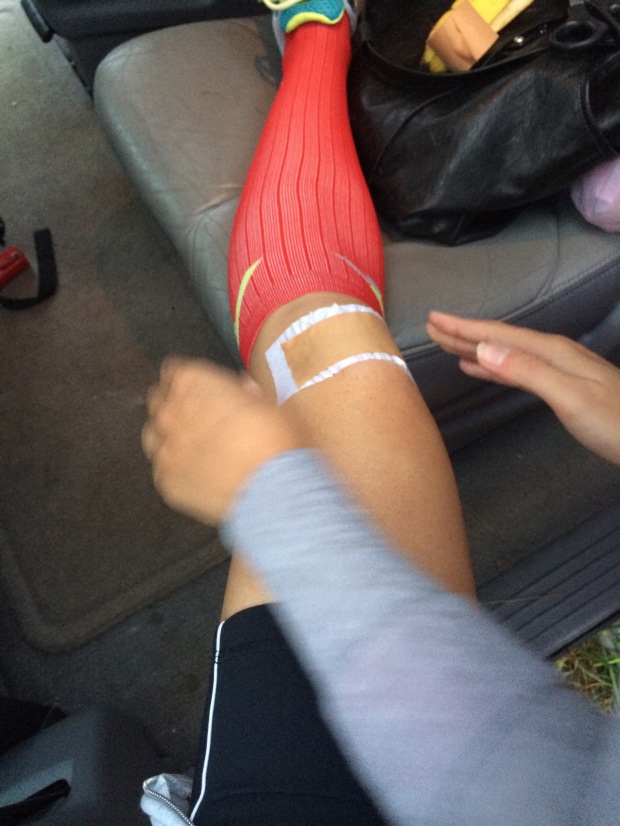 Neil was also festive and ready to go with his pre-wrap headband and swimmer’s poncho.  He was not ready for this photo, however. 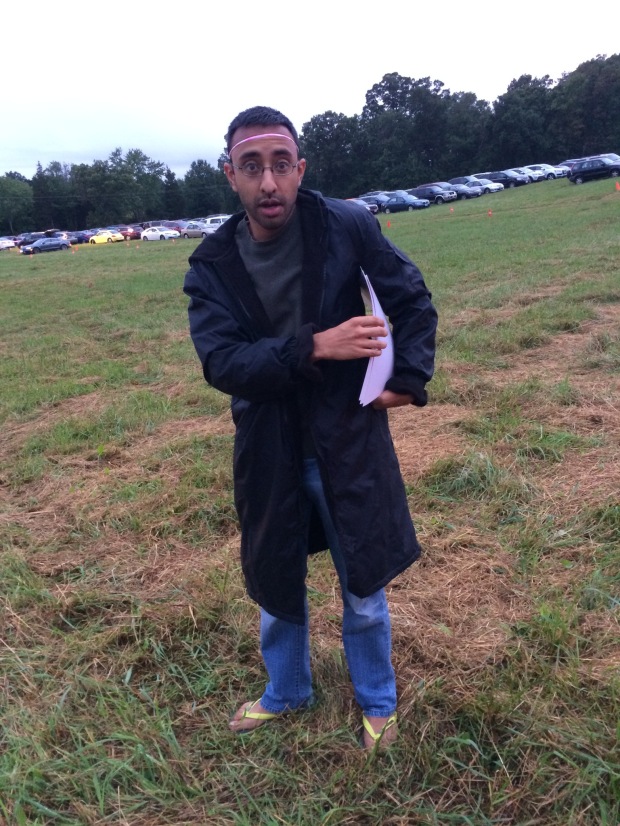 Pre race shot.  We attempted to go to the bathroom before the race but I have never seen lines so long. 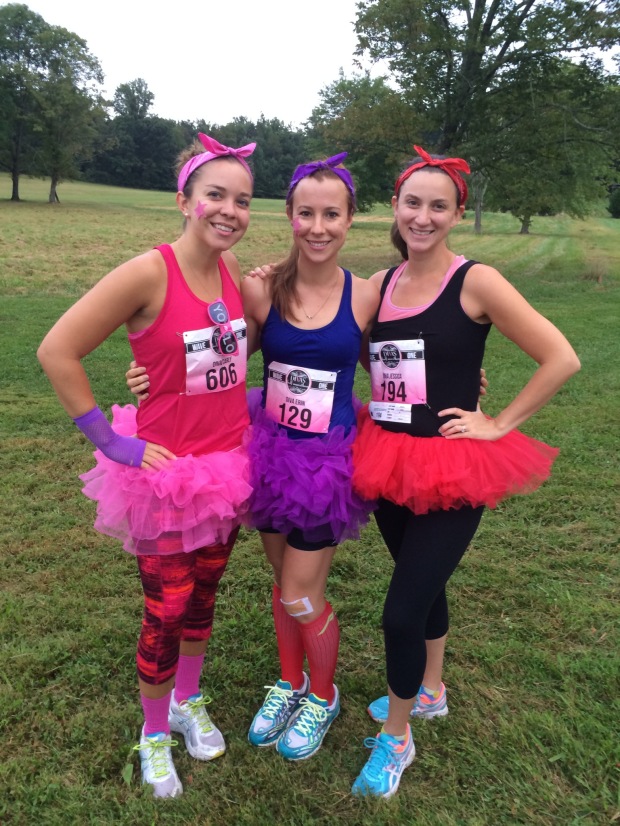 Here is a random picture of the mountains in the distance.  I’m not sure my photography skills did it justice though. 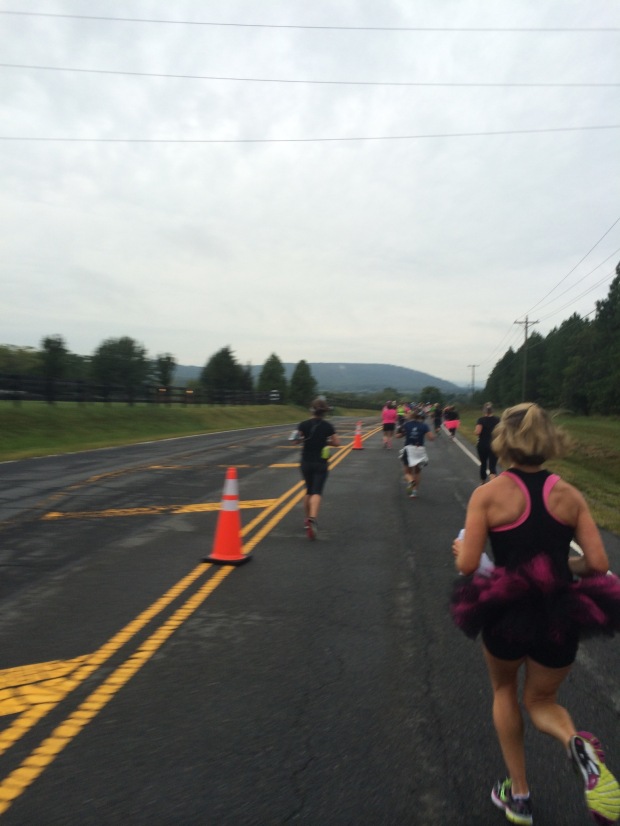 We stopped twice–once to use the bathroom where there weren’t horrendous lines and once to take this sweet selfie in front of some yellow. 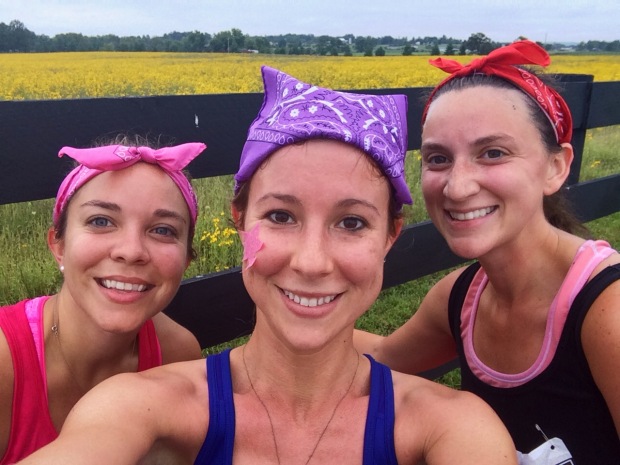 Here is an action selfie.  NO TIME FOR STOPPING. 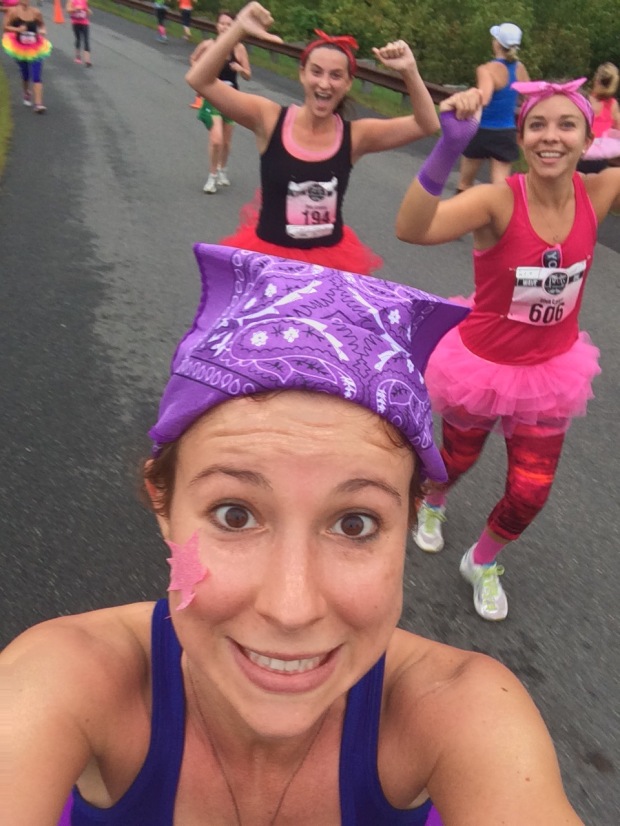 The race was advertised as flat, but there were definitely hills.  Here is a picture of one in case you don’t know what a hill looks like. 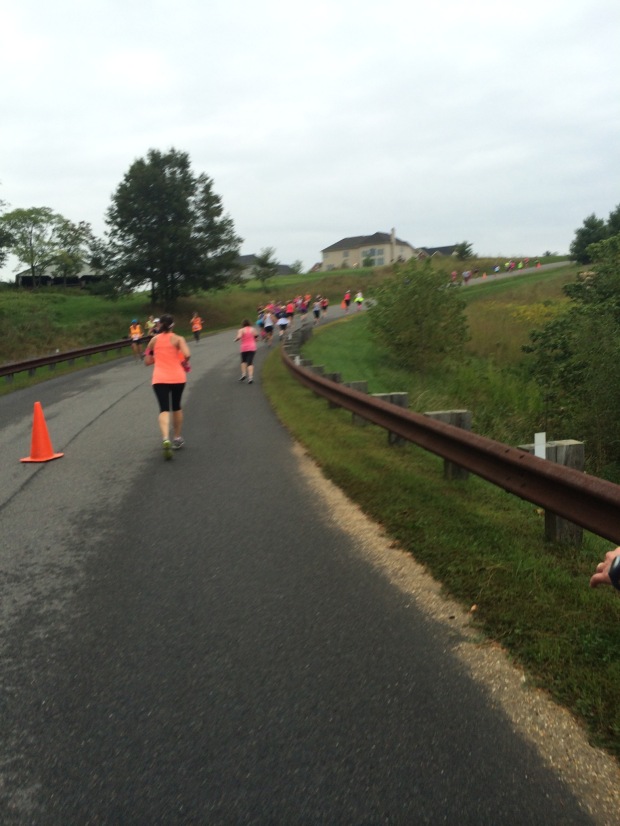 Our initial few miles were on normal pace, but we slowed it down at the end.  We stayed as a group and ended up finishing around 2:19.  We were greeted with half dressed firemen handing us medals and sparkling apple cider.  Also boas and tiaras because we are princesses. 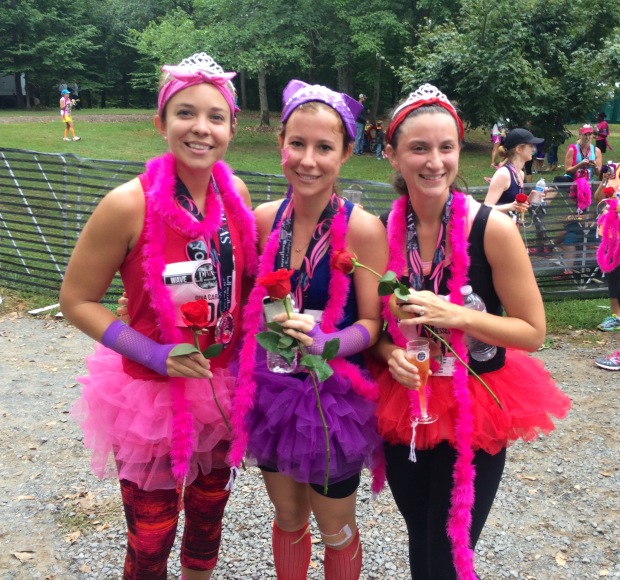 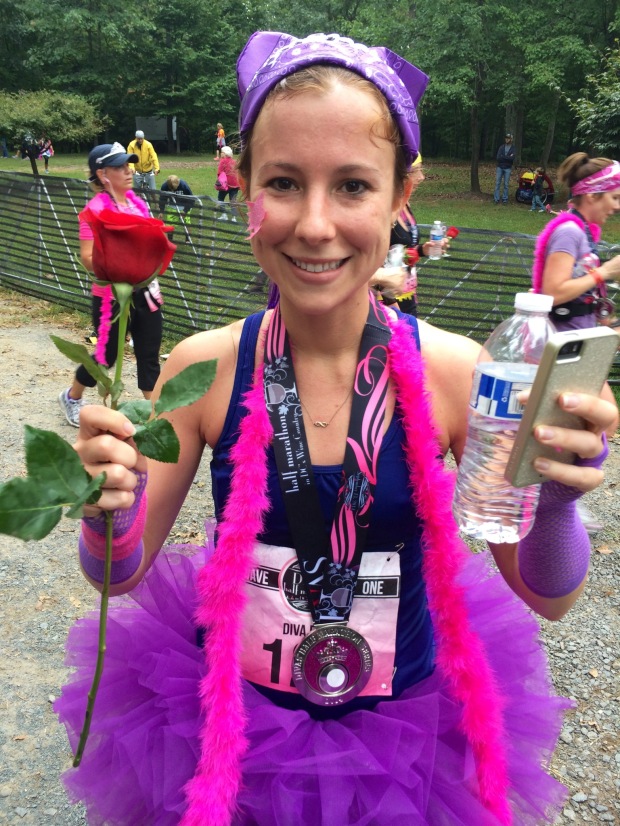 After the race we all went to IHOP and I got my favorite waffle smothered in butter and syrup. 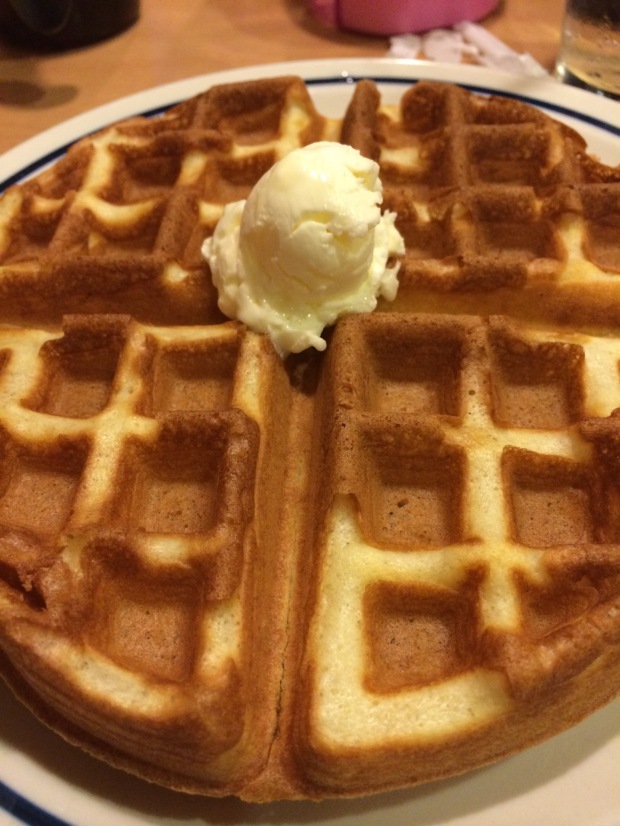 I had such an amazing time and it was great running with friends.  I still have no desire to run a full marathon, but I will run all the halves.  I can just add two to make a full one right?

Question of the day: What’s your favorite race distance? Do you like running in the cold? Do you like giant waffles with butter and syrup?

5 comments on “Diva’s Half Marathon Recap”