I’ve been complimented at my ability to get everything out in the open and talk about things that others might want to keep to themselves — opening up about tough topics. It’s not something I was always capable of doing and I’m not good at it in all mediums.

For instance, I’ve always been able to better convey things through writing than speaking. I’m able to convey emotions better and can selectively choose the vocabulary I use to paint a scenario in your mind. I love writing about tough topics on here and I enjoy sharing my story and what I’ve learned through speaking engagements (which also allow me to write a speech beforehand so it’s ok 🙂 ).  Catch me off guard and ask me something emotional, however, and I’m likely to start stumbling over my words or awkwardly avoid eye contact while trying to find a way out of the conversation. It’s not that I don’t want to talk about it, but I’m honestly terrible at it.

I believe it’s important to talk about things that people tend to shy away from because it helps us connect. I’m an advocate for it in my own life because it’s the only way I can live a different (and healthier) life than when I split my life into two secret ones. I can’t tell you how many times someone shares something personal and I think, “hey, me too!” Knowing that we aren’t alone in a society that spends most of its time sucked into phones and other screens (also guilty here) is like a breath of fresh air. We need to talk about tough topics to connect us, to reduce stigma, and to just help us feel normal.

We all have our strengths and our weaknesses, and if opening up about tough topics is difficult for you, here are some things that helped me feel more comfortable with it. 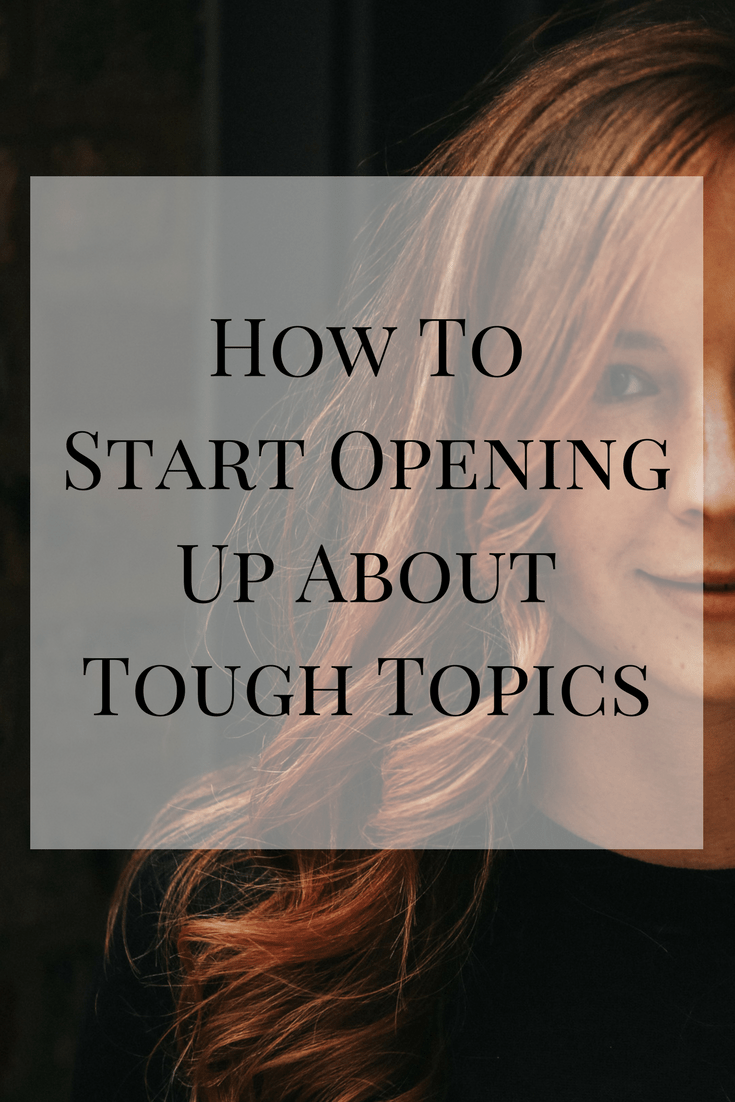 I’ve never been good at consistently journaling, but I do know that there’s a powerful relationship from putting pen to paper. You are able to touch on more emotions by physically writing rather than typing on a computer, but figure out which one is better for you.

Just start writing. I used to have a tough time even getting started because I would want to make sure I wrote perfectly and there was a coherent structure to what I had to say. Just that alone would paralyze me. I learned that difficult and emotional subjects are just that — difficult and emotional. They can be confusing and messy, which is exactly how my writing would turn out. The magical thing, however, is that the more I wrote, the more coherent my words became. It helped me process what I was thinking and feeling in order for me to better understand what I was grappling with.

If you’re going to be having a conversation about a tough topic, practice it! Before I speak about my addiction I always run through the speeches I write so that I can deliver a clear message. If you’re meeting in person, practice your side of the conversation so that you know what things you want to say and what you may want to avoid.

As with anything in life, it gets easier with practice, so make sure you set aside some time to do so.

Talk to people who are close to you

It’s obviously easier to talk to people who make you feel safe. I have a much easier time talking to Neil or my therapist because I know that there won’t be judgment and it’s a safe place for me to open up about whatever is going on.

Who are your safe people? Figuring this out will allow you to approach discussion on stepping stones rather than leaping across a ravine. 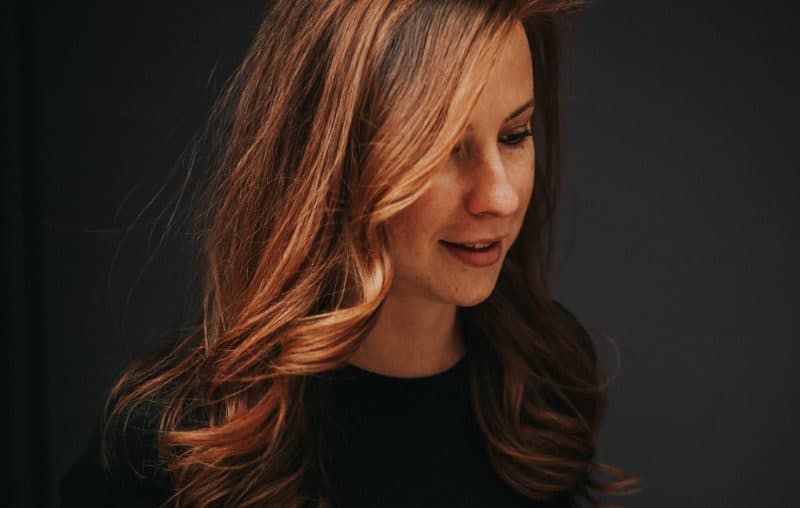 Think about how you feel when you hear others

I can’t tell you how many times I read something that someone else has written with the disclaimer that “this was so hard for me to write” or “I almost didn’t hit publish” — something to that extent. I admire the disclosure that it was hard for them, but in 100% of those situations I never question why they did it or make judgments on their own experiences. If I write something that I know will be emotional, I always think about how proud I feel of others who do the same thing and it helps to reinforce my decision to publish.

Remember, you are your harshest critic and any difficult topic is going to seem magnified because it’s personal to you. It may strike a chord with someone else, but it will never be as personal or emotional as it is for the person going through it.

Talking or writing about things that make us feel vulnerable is tough. There’s no way around that. It’s a challenging thing that not everyone feels comfortable doing and that’s ok. I often find that I grow the most after working through a tough time, even though during the process that is the last thing I’m thinking about. I try and remind myself of that and soon little steps become bigger steps and I’m able to make them with more ease.

The hardest part of anything is getting started.

What are some of your tips on opening up about tough topics? Let me know below!

8 comments on “How To Start Opening Up About Tough Topics”