This post may not resonate with all of you, but I know it applies to at least some, and probably more than you think. If you’re interested in how to stay sober during the holidays, then here is what has helped me.

I haven’t had a drink in 11.5 years. It’s certainly not because I don’t want to, but because I’m someone who doesn’t know when to stop once I start. Holidays were always an excellent time to cover up a serious drinking problem because it was a socially acceptable thing to do. I felt relieved that people may not point out that I had had too much or focus on what I was doing because they would likely be drinking as well. 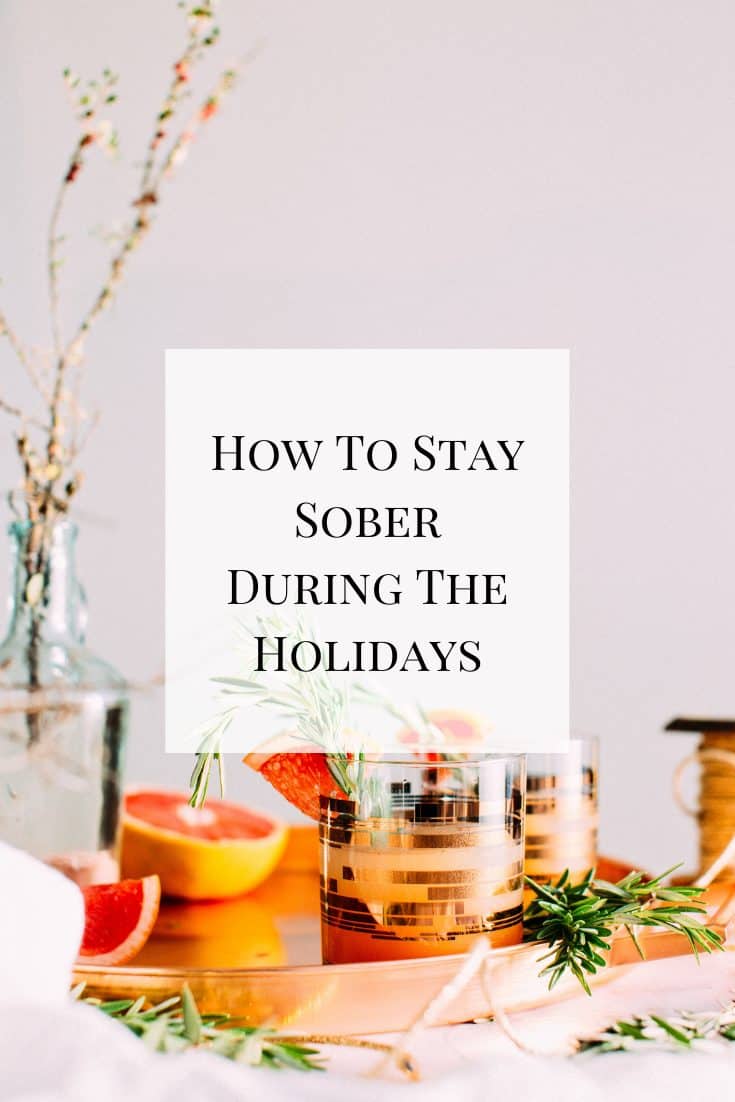 Just because you’ve been invited to an event doesn’t mean that you have to go. Some of the most stressful times during the holidays can actually be when surrounded by family, so if you think that those situations can be detrimental to your sobriety, make the decision not to go. Remember that decisions like this are part of self-care and you need to do what will result in the best outcome for YOU. This is one of the best examples of how to stay sober during the holidays — if you’re not at a place with alcohol, it’s hard to drink it.

What are some of your tips on how to stay sober during the holidays? Leave them in the comments below!