I'm a little over 38 weeks, so it's not officially the end of my third trimester, but I figured just to be safe I would write it up before baby comes - which could be ANY TIME NOW. 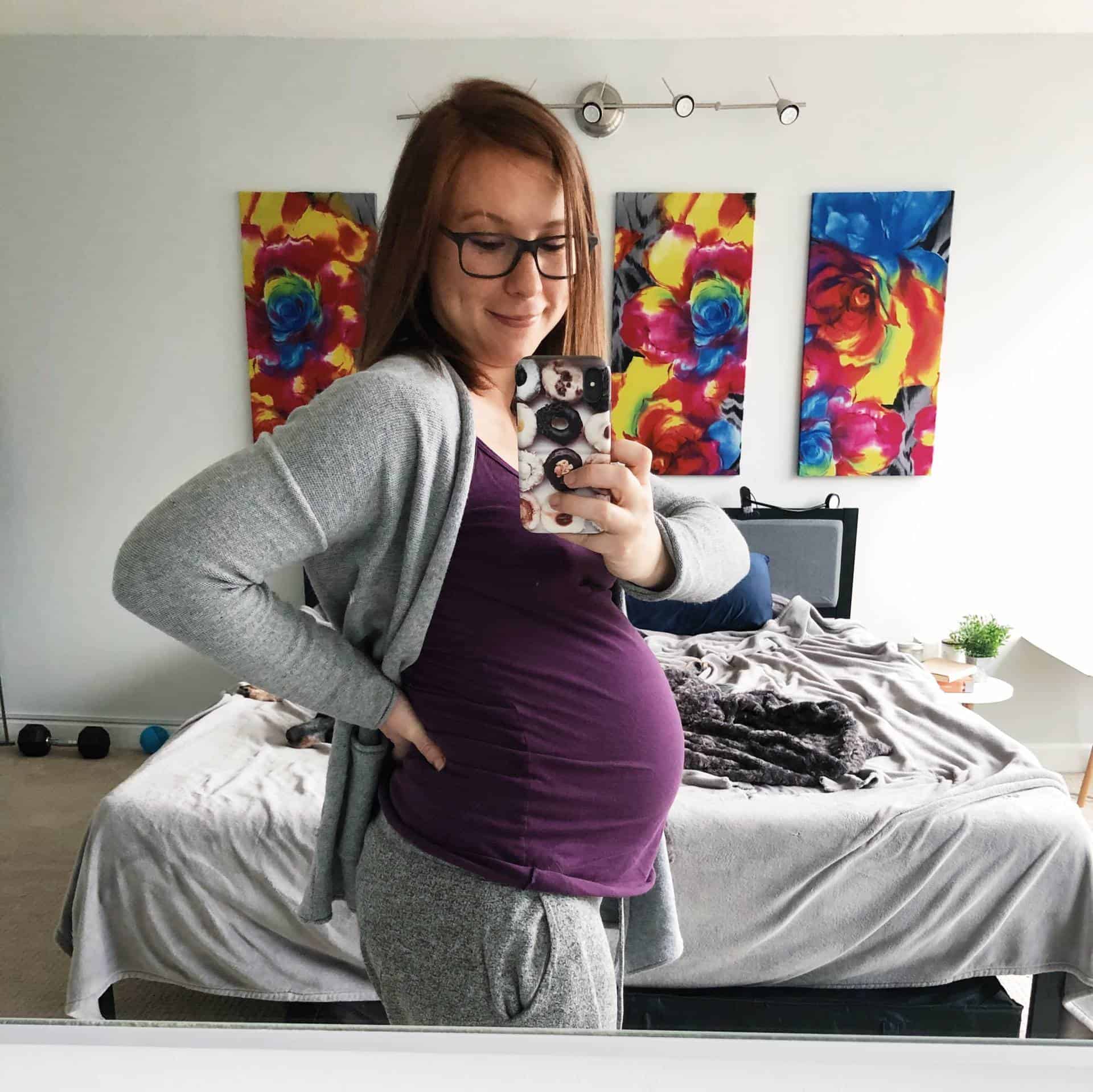 To be honest, this is the only trimester that has proved to be trying in the least, and it really hasn't been that bad. The biggest annoyances I've experienced have been: 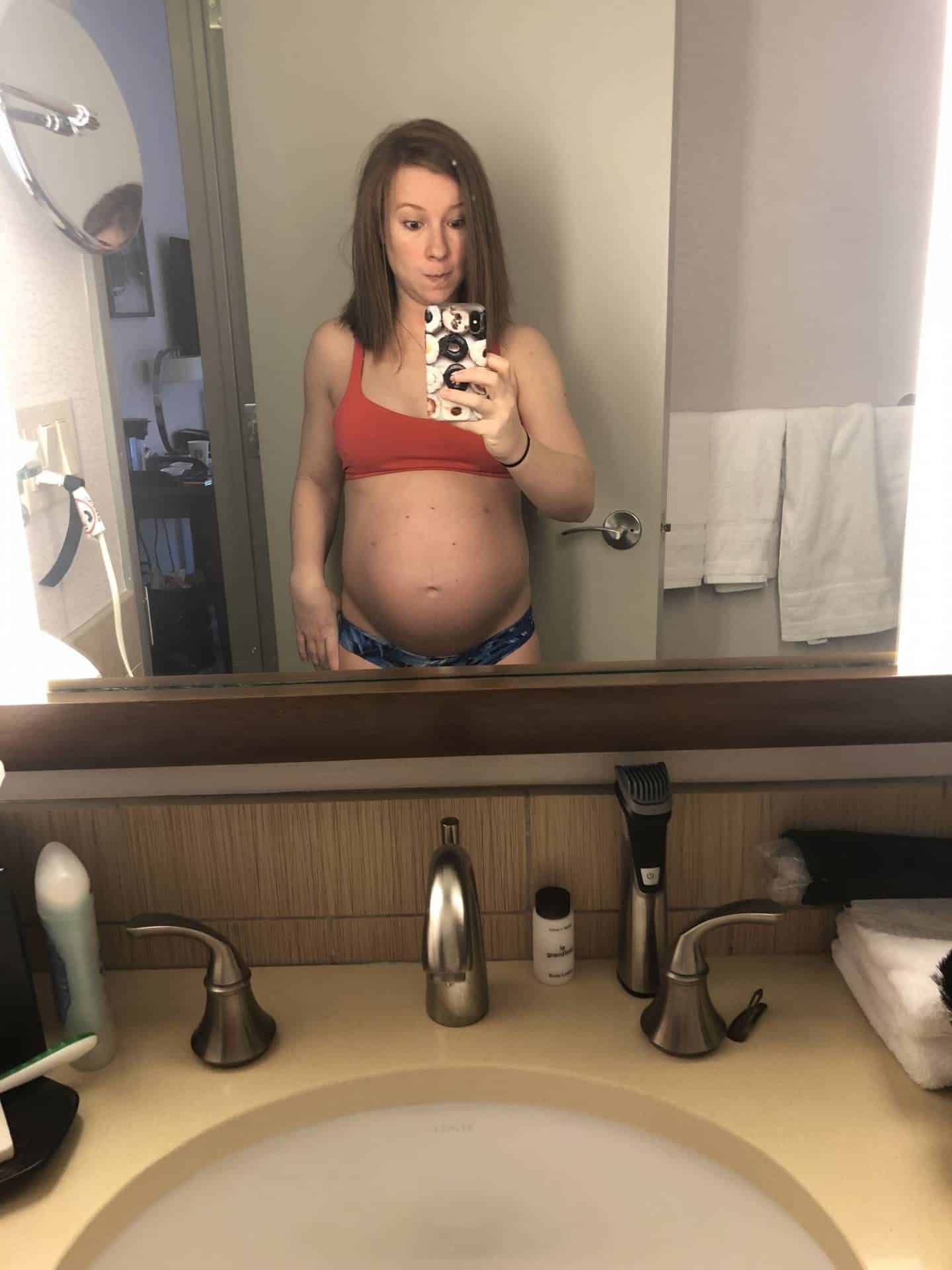 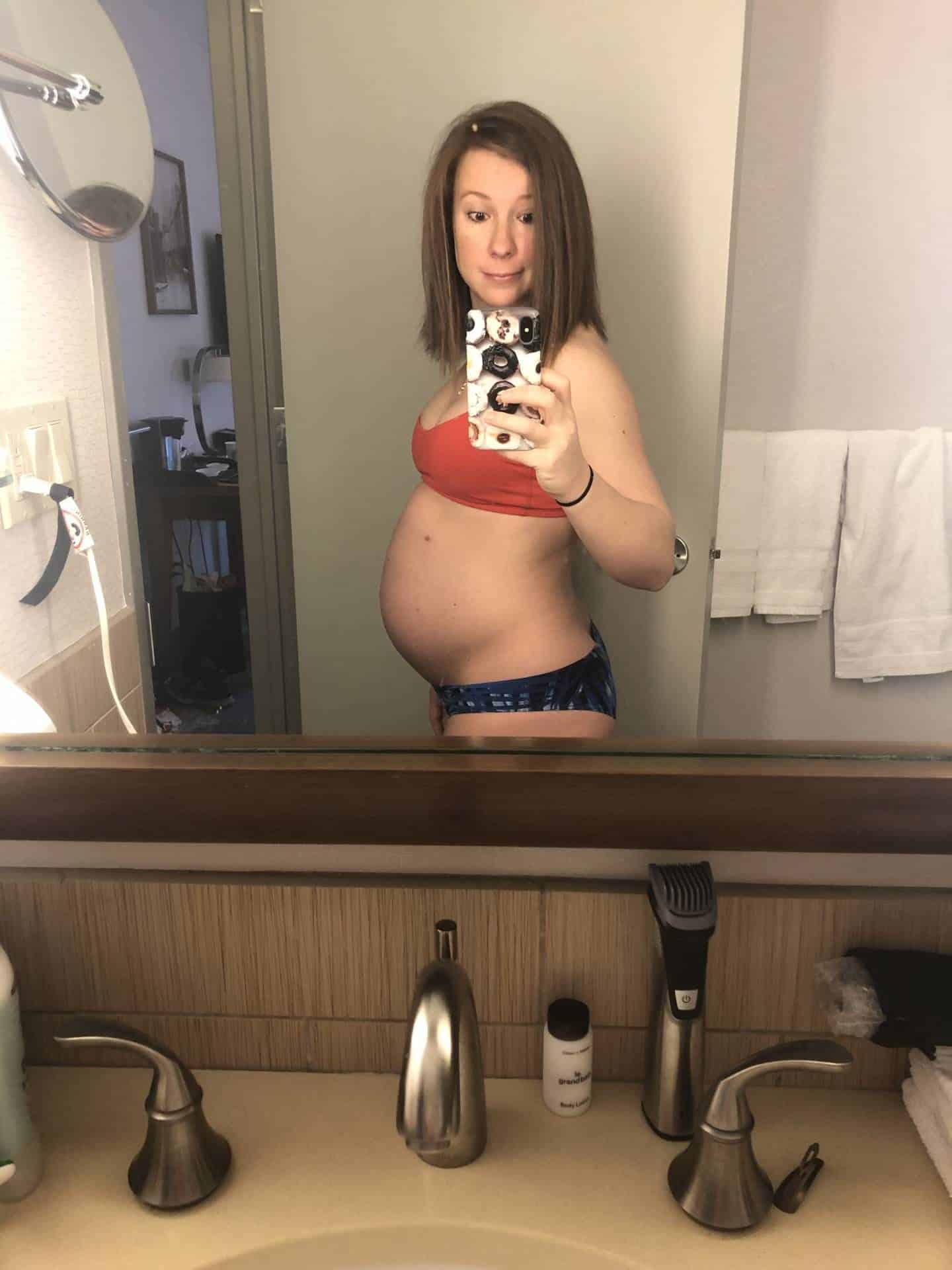 I want to say around week 31 or so, I started to feel a tingling in my right hand. As time went on, it progressed to a constant numbness and tingling throughout the entire day. It was also present to some extent in my left hand, but more intermittent in that one. My finger joints also felt stiff and achy, which made it hard to crack my knuckles or stretch my fingers. Carpal tunnel is apparently very common in pregnancy; as swelling increases, it puts pressure on the median nerve and mimics carpal tunnel symptoms. I finally broke down and bought a wrist brace to wear at night, and while it helps some, it's still there during the day (and making this post very fun to write). 🙂 Hopefully once the baby is born and things calm down, it will go away. 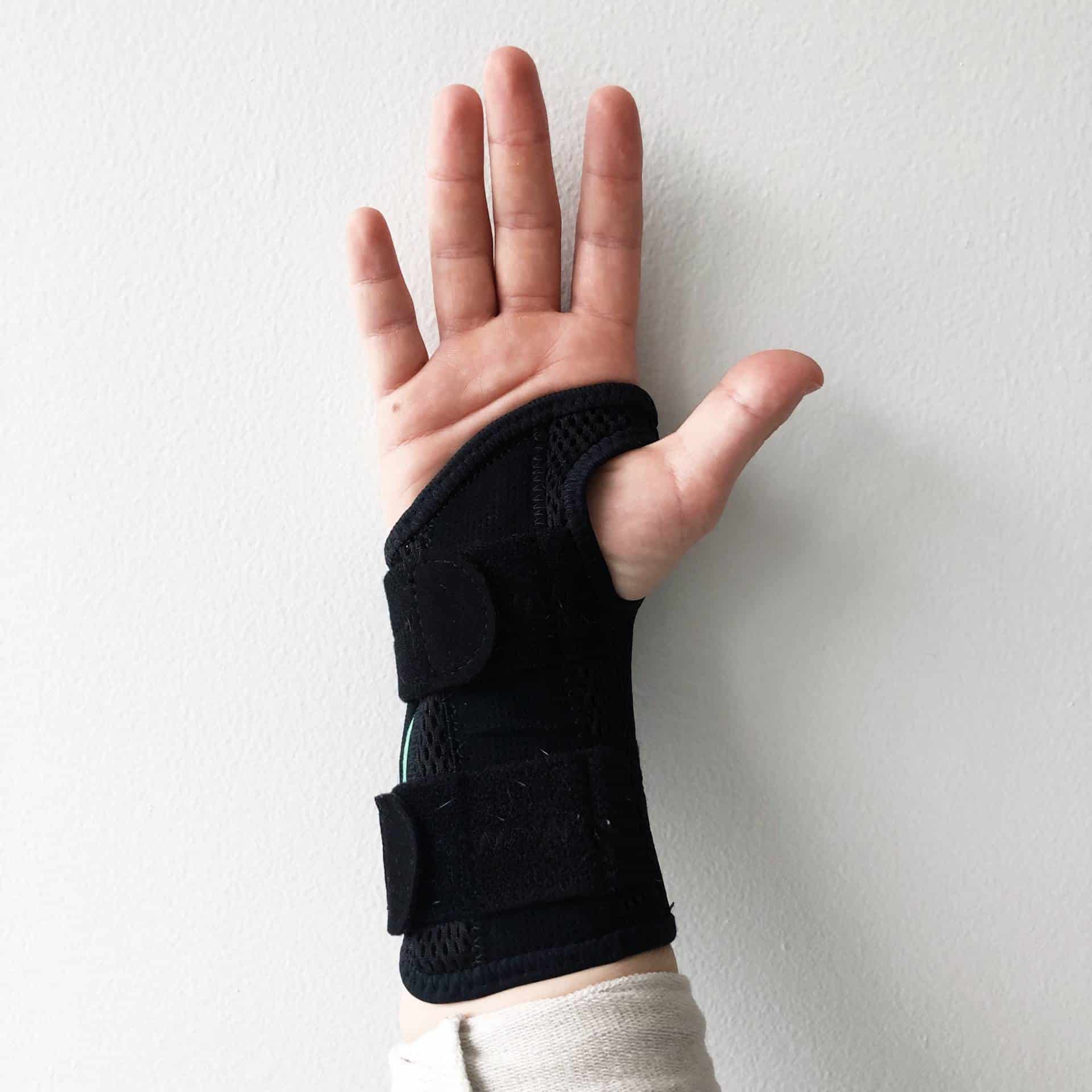 I know I listed both fatigue AND insomnia, but I've had problems with both. I will sporadically feel the NEED to take a nap (typically after a hard workout) some days and be totally fine for others. For a couple weeks in the middle there, I could not get a full night of sleep for the life of me. I'm not talking about "oh I had to get up to go to the bathroom a couple times," but "oh, I have woken up at 1 am and will now be awake for several hours in a row." One night I got 90 minutes of sleep.

Many things I had read told me not to just lie in bed, so I would get up and read, have a snack, or take a hot shower. I became nervous to go to sleep, which didn't help things, and just started taking really hot showers every night before bed to try and relax. If I didn't, I also started having restless leg symptoms, and the best way I knew to combat those was to exhaust my muscles with hot water. A good amount of time it helped, but it wasn't foolproof.

One night, while going out of my mind in my dark living room, I started researching medications that I could take for sleep while pregnant. Why I didn't check my OB's website first to see if there were any options, I don't know, but I was clear to take Tylenol PM (or a few others) if I was having sleeping problems. The first night I took that, I slept through the night (minus bathroom breaks), and my life was forever changed.

The next obvious issue is that as the baby grows, I'm not able to eat as much at one time. It's not really a problem, I just have to remember that as I try and eat the same quantity of food as before and realize that I simply can't. 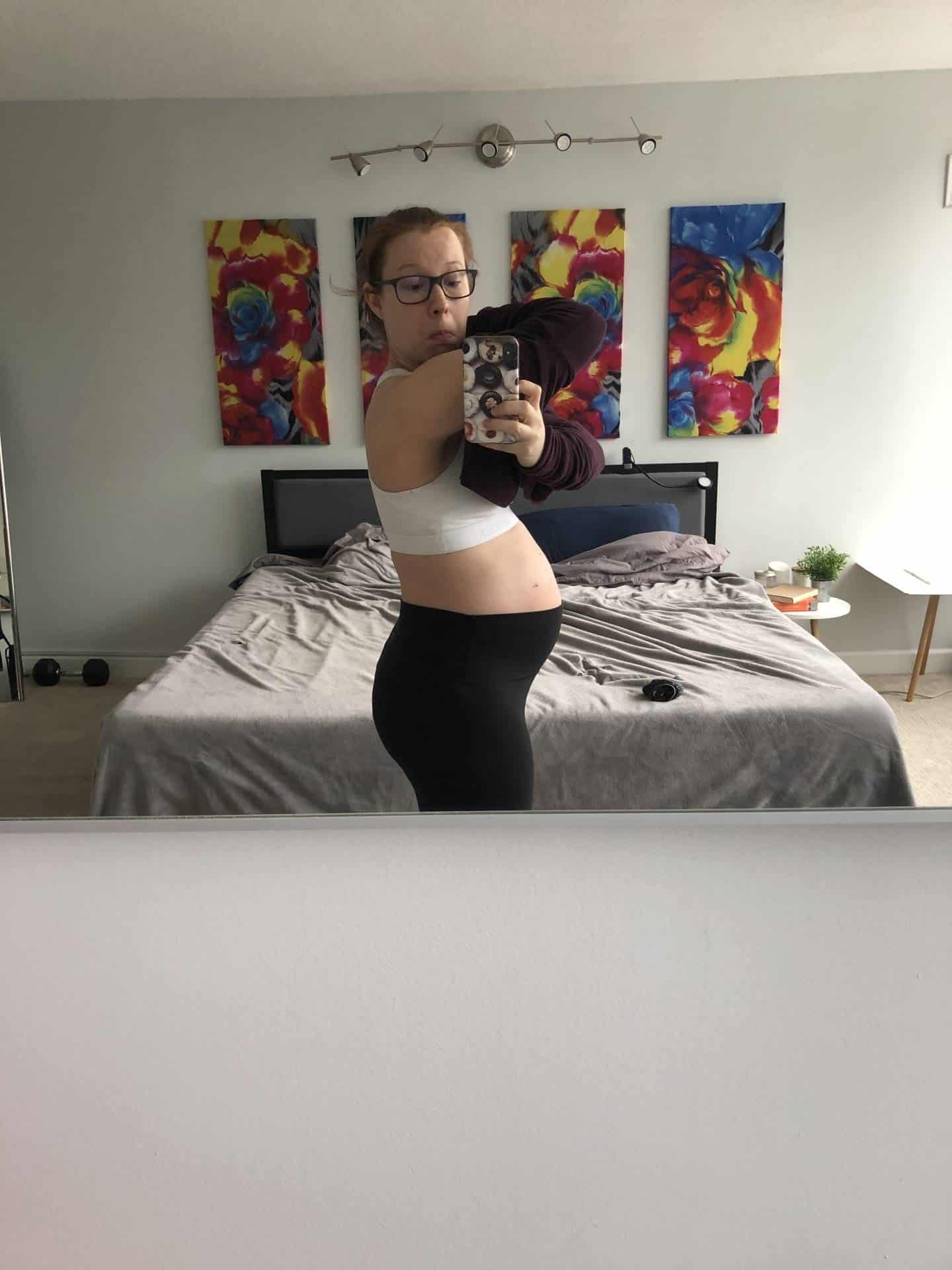 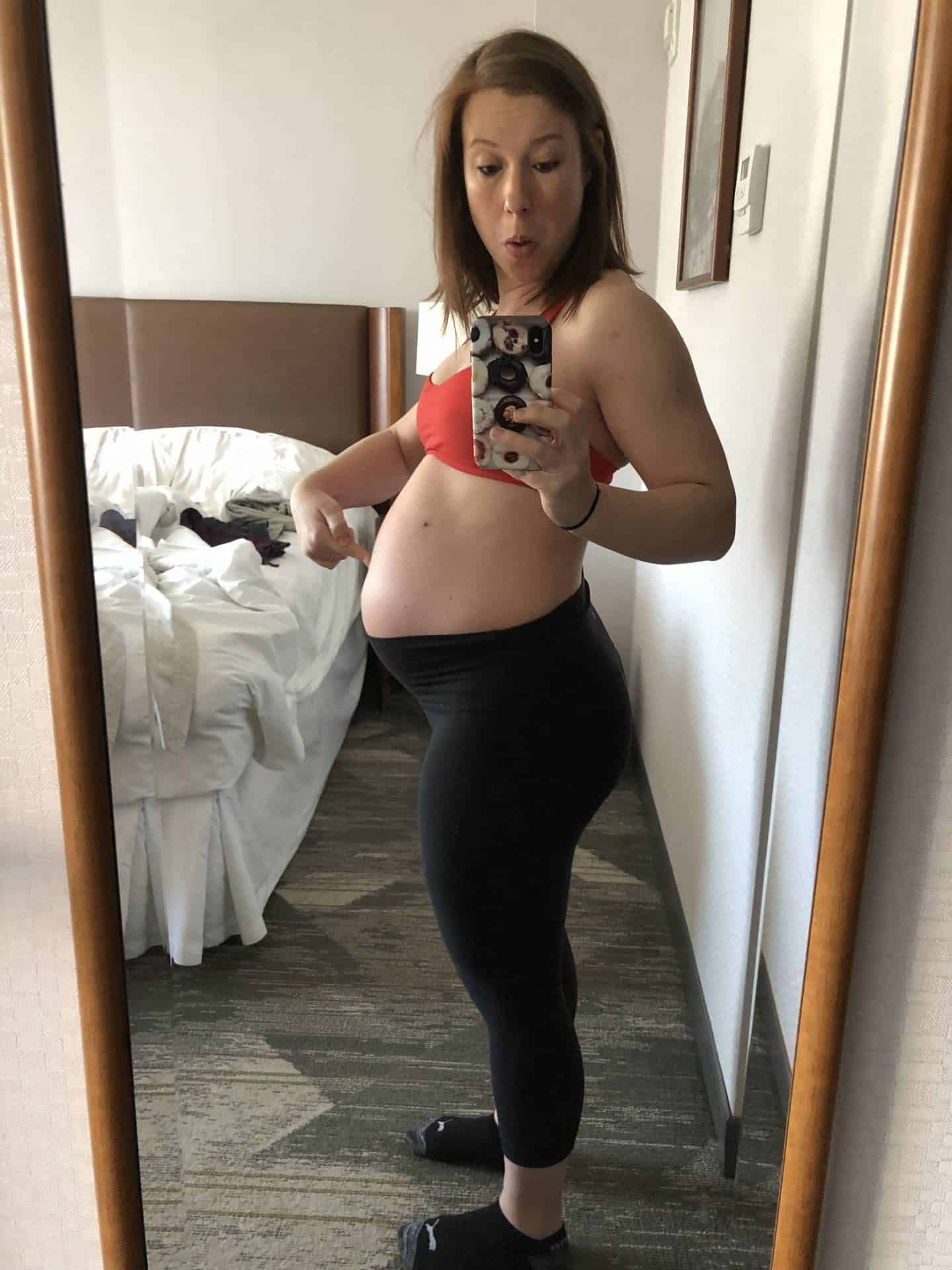 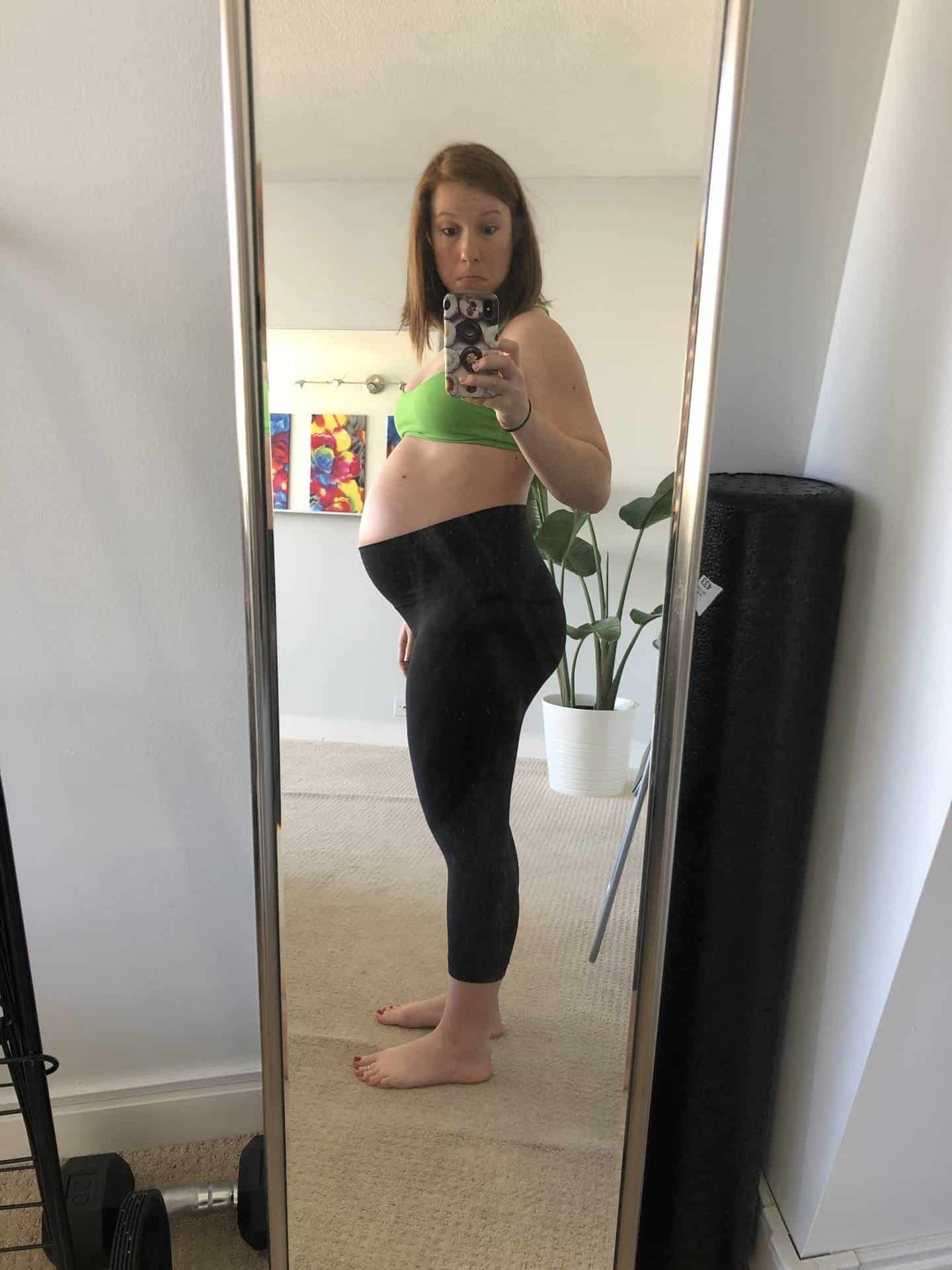 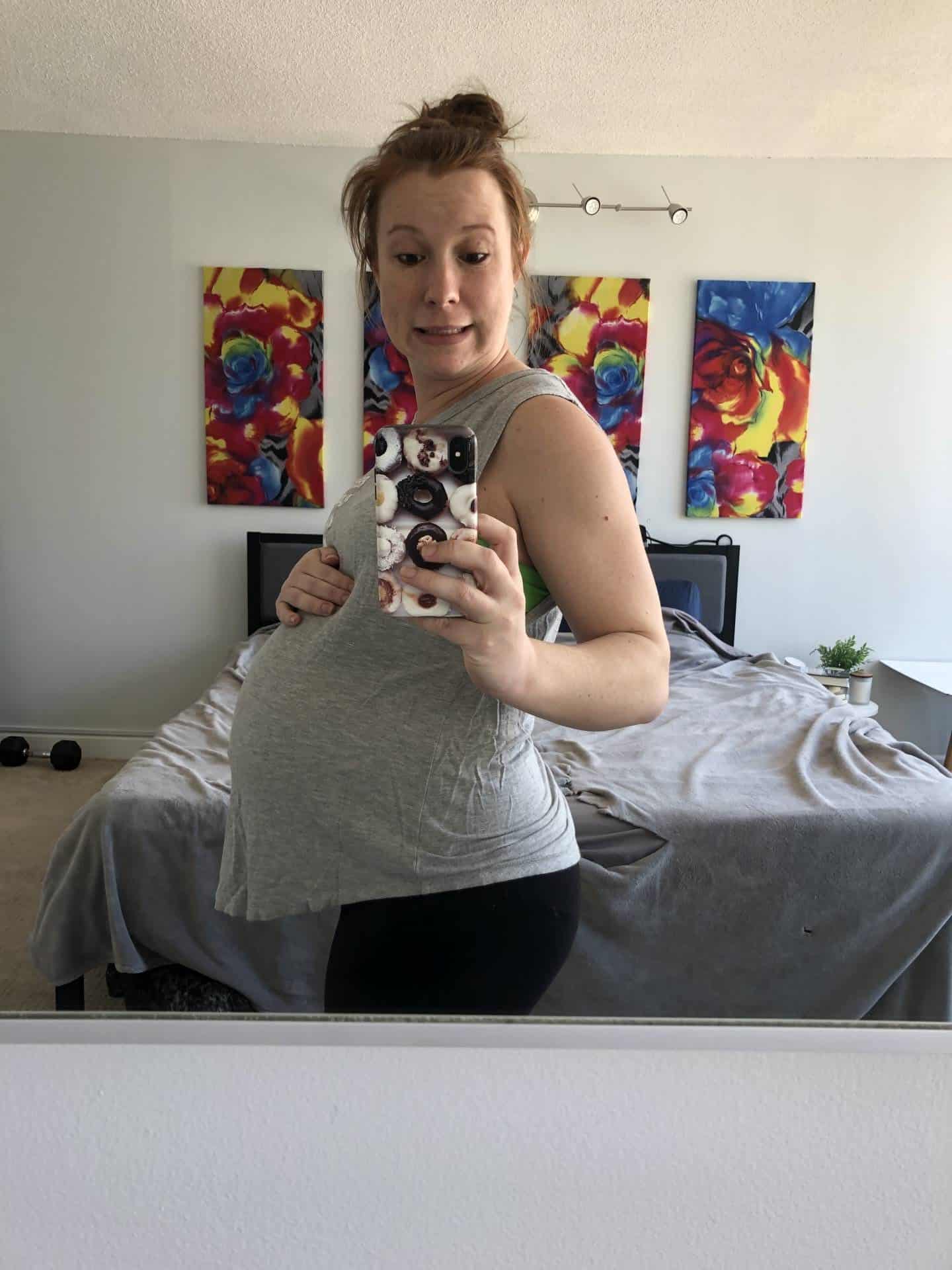 During our 36-week OB visit, they did one final ultrasound to make sure the baby's head was down and to check for anything else abnormal. I received a call that his heart looked a little enlarged and it might be wise to schedule a more detailed fetal echocardiogram. I went to that appointment a few days later and they confirmed that the right side of his heart was enlarged, but that they weren't able to get a good view as to what was causing it. Because of that, I was basically given every possible outcome. He could be fine or need surgery and I may need to be induced or wait until he comes naturally. Obviously, I wasn't sure how to feel with this news, so I shared it, but didn't freak out because I really had no idea what to expect.

I made another appointment for a few days later so they could check again and this time they were able to see things better. I was told he won't need surgery, but that they do need to keep monitoring me to see if I should be induced or not. I'm going again this week and if during any of these appointments they see signs of the baby struggling, then they'll induce me, otherwise he's good to come on his own. 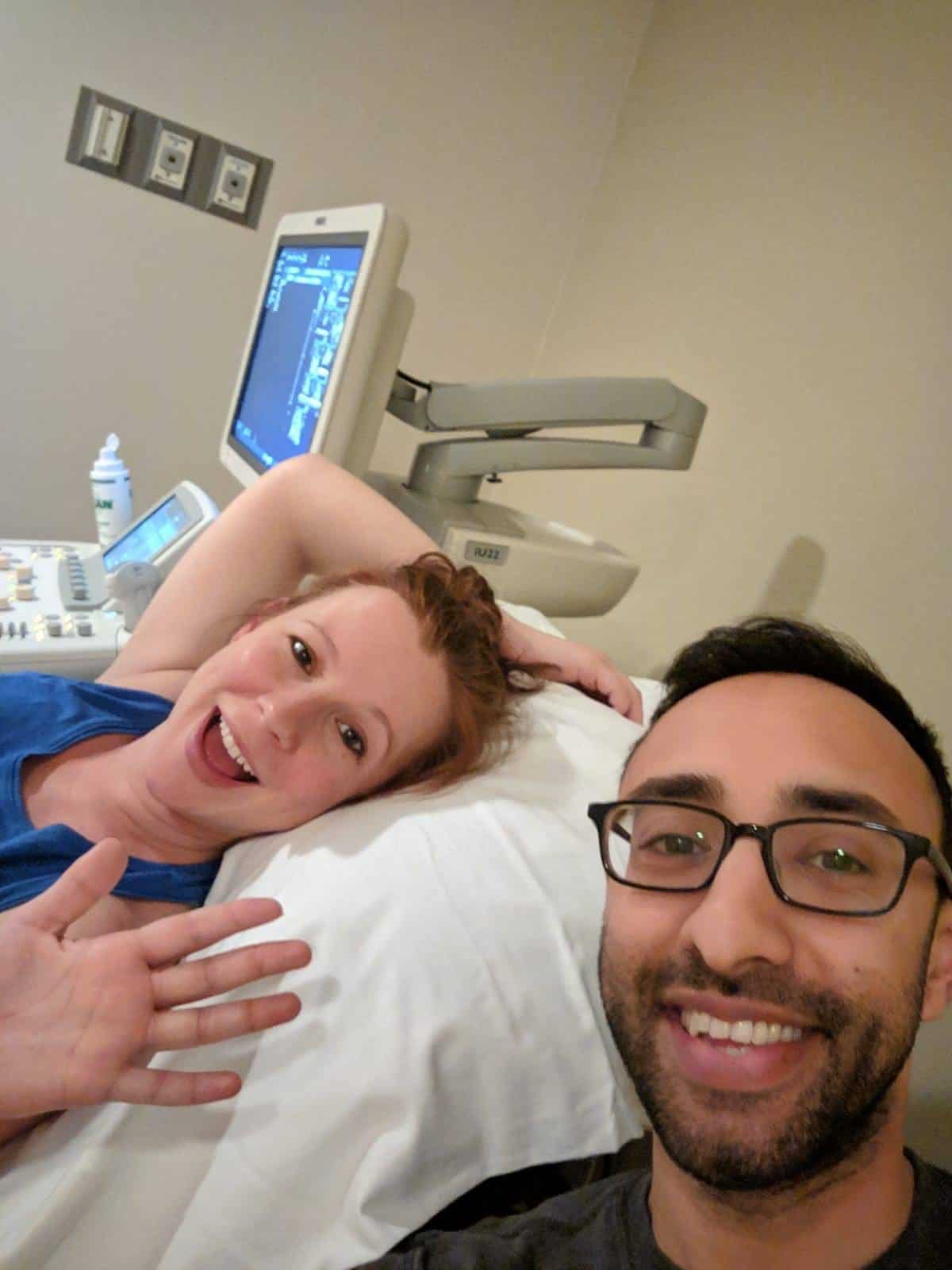 I have been so lucky in this pregnancy that I've been able to continue my exercise routine all the way to the end. No debilitating nausea or fatigue to speak of, but if I was feeling a little more tired than normal, I made sure to get the extra rest.

I've been modifying things as needed, which wasn't a lot of stuff until these last three months. I had to start doing burpees to an incline bench, still no pull ups or hanging from a bar, and I cut out push ups and planks to avoid putting too much stress on my stomach. My endurance has also gone down a bit as I can't breathe as deeply as I could before. With the weather getting warmer, we've started implementing more running into the workouts, which has been doable, but now that we are getting to the very end, I may revert to rowing because he's starting to put a lot of pressure on my pelvic area. 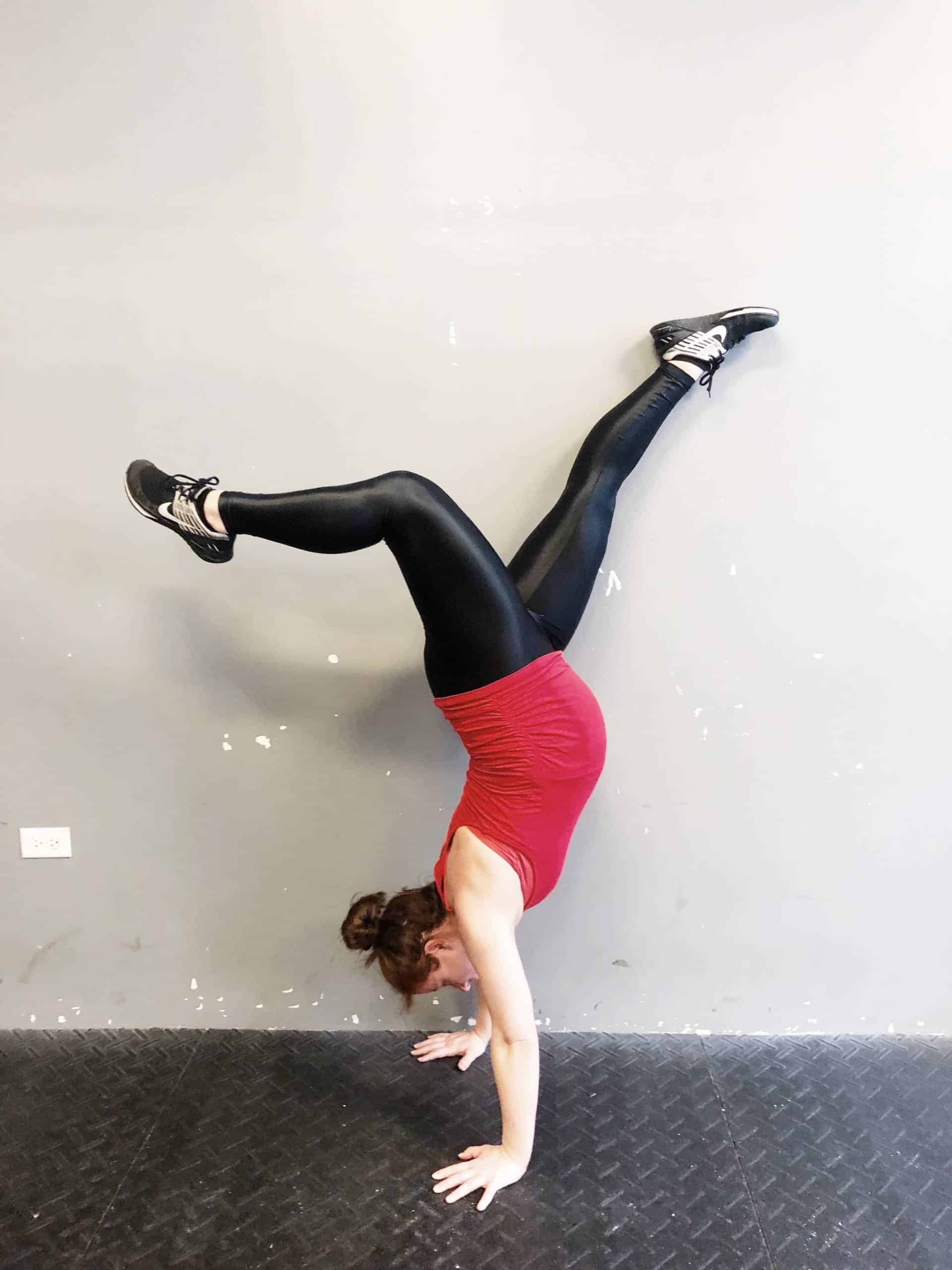 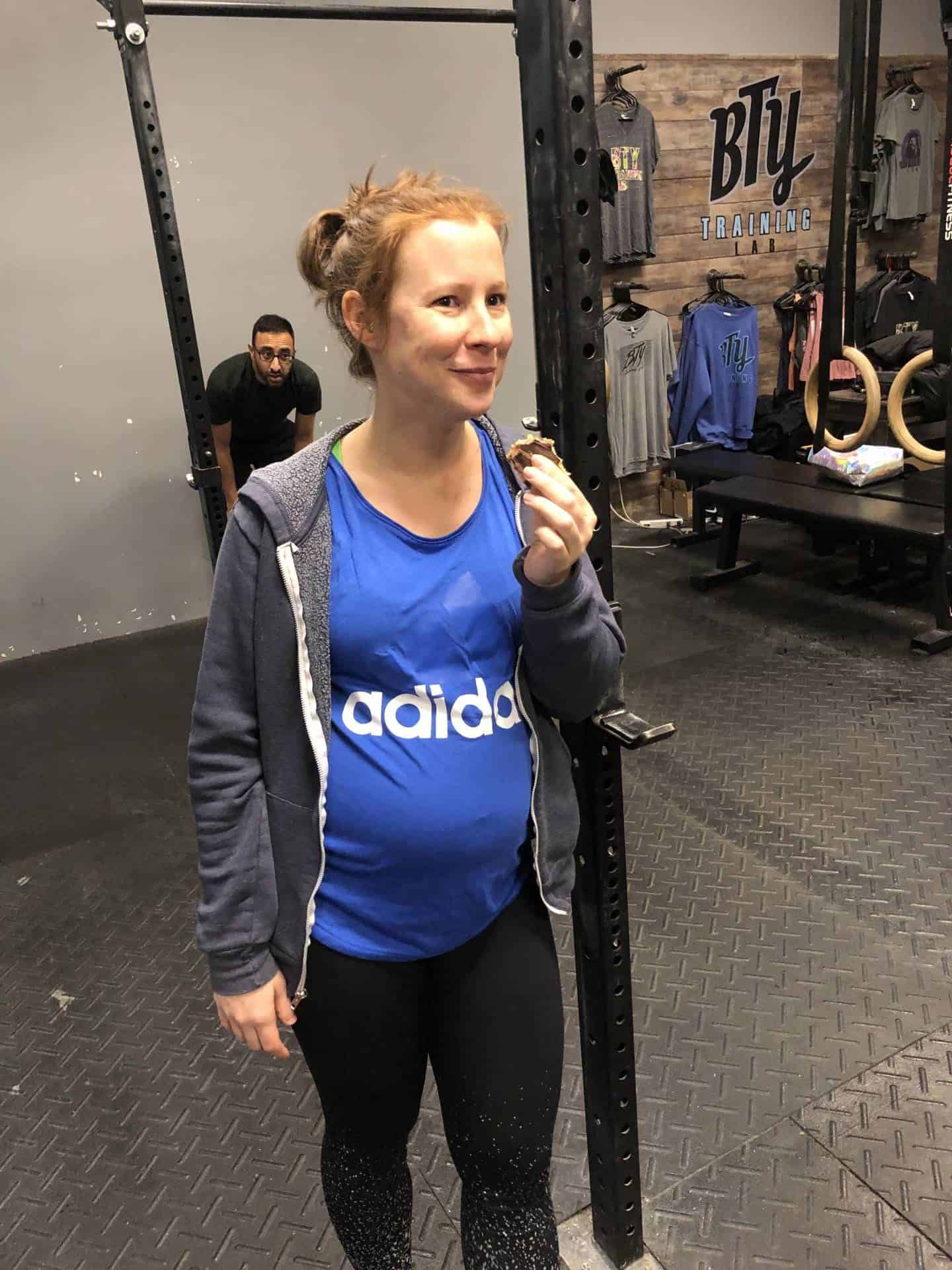 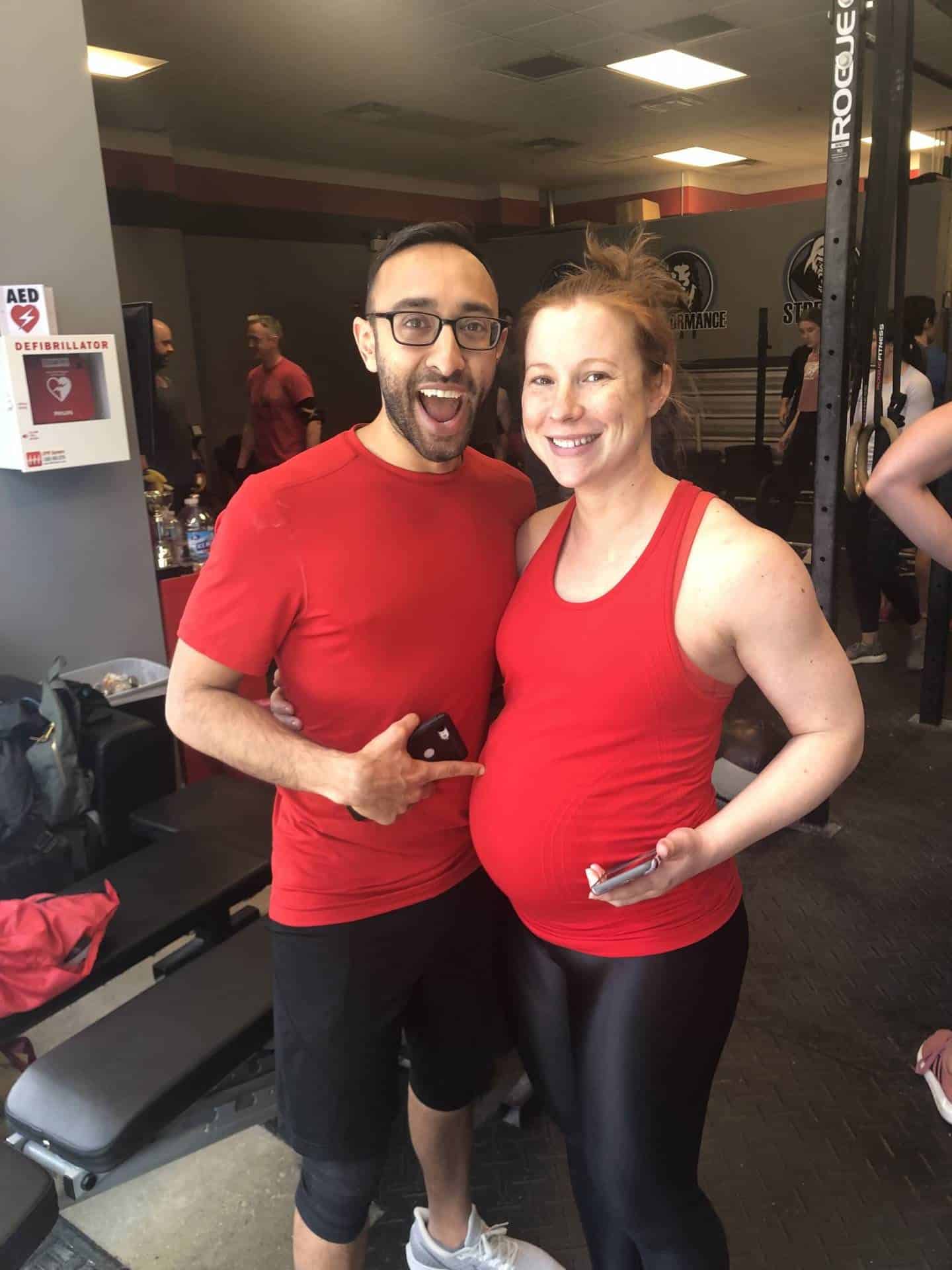 Somehow I've even been able to set some personal records for some moves, which I found hard to believe, but I did what felt comfortable and apparently that turned out to be something heavier than I'd done before!

I have found myself to be more tired after the workouts, so as I've been taking things a little easier to prepare for baby, I'm often able to take a nap in the day to help counter any fatigue I may have. It wasn't until this last month or so that I started feeling really tired, and I'm trying to listen to my body when it tells me to slow down.

There were some trying times in the third trimester, some I will attribute to being pregnant and some to just cramming as much work as possible onto my plate before the baby comes. If you've been following along, the website was redesigned, which required a lot of recategorization of every post. I published an e-book and hosted a three-day virtual mental health summit. I worked closely with Neil on a lot of it, which, while indispensable, led to lots of business talks and butting heads. As I mentioned in the second trimester recap, any kind of disagreement turned into serious waterworks for me, so there was a lot of that to deal with. Thankfully, everything went off without a hitch and we accomplished what we had set out to do, which was amazing in such a short time period.

I'm not sure whether to attribute this to stress or to hormones or to just being someone who lives with depression, but there was a period of a few weeks when I really felt low. As hard as I am on myself normally, this felt compounded and crushing and I remember walking down the street one day desperately trying to think of one redeeming factor about myself and coming up empty. I felt worthless and not to the point of wanting to end things, but to the point where I could almost understand why someone would want to. I looked up "pre-partum depression" and found out it's a serious issue that's even less talked about than post-partum depression, which made me more upset.  I made sure to tell Neil and also made a point of saying aloud that maybe I should move my therapy appointment up, which was a big deal for me to admit.

Thankfully, by using the tools I had and relying on those close to me, I started to feel better after a couple weeks. I'm doing great now, but will be sure to stay vigilant after baby comes for any signs of slipping backwards.

I also wrote a post about being scared to physically have a baby since I felt like I hadn't heard that from anyone who had been pregnant before me and this is scary stuff!

I'm not sure what's going on with Donut. Sometimes she seems to care and other times she will try to walk across my stomach like nothing has changed. She definitely loves all the new baby things we've gotten and I've had to block her access to baby toys for now because she thinks they're hers. 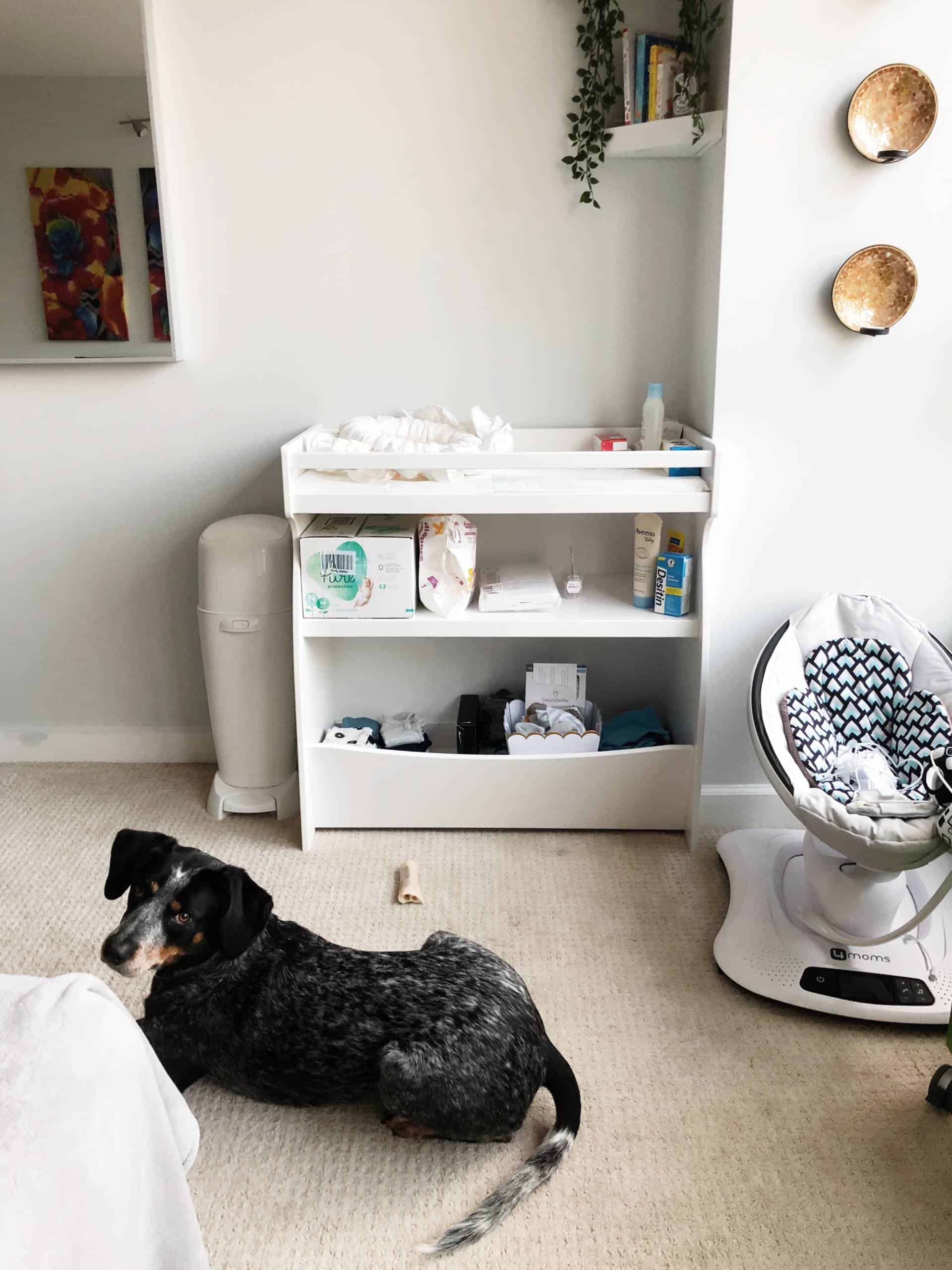 She has stopped jumping up on me as much and will only lay on me sometimes (I think my stomach is too big for her to be comfortable on). She's definitely always there for me though when I am up in the middle of the night for snacks. 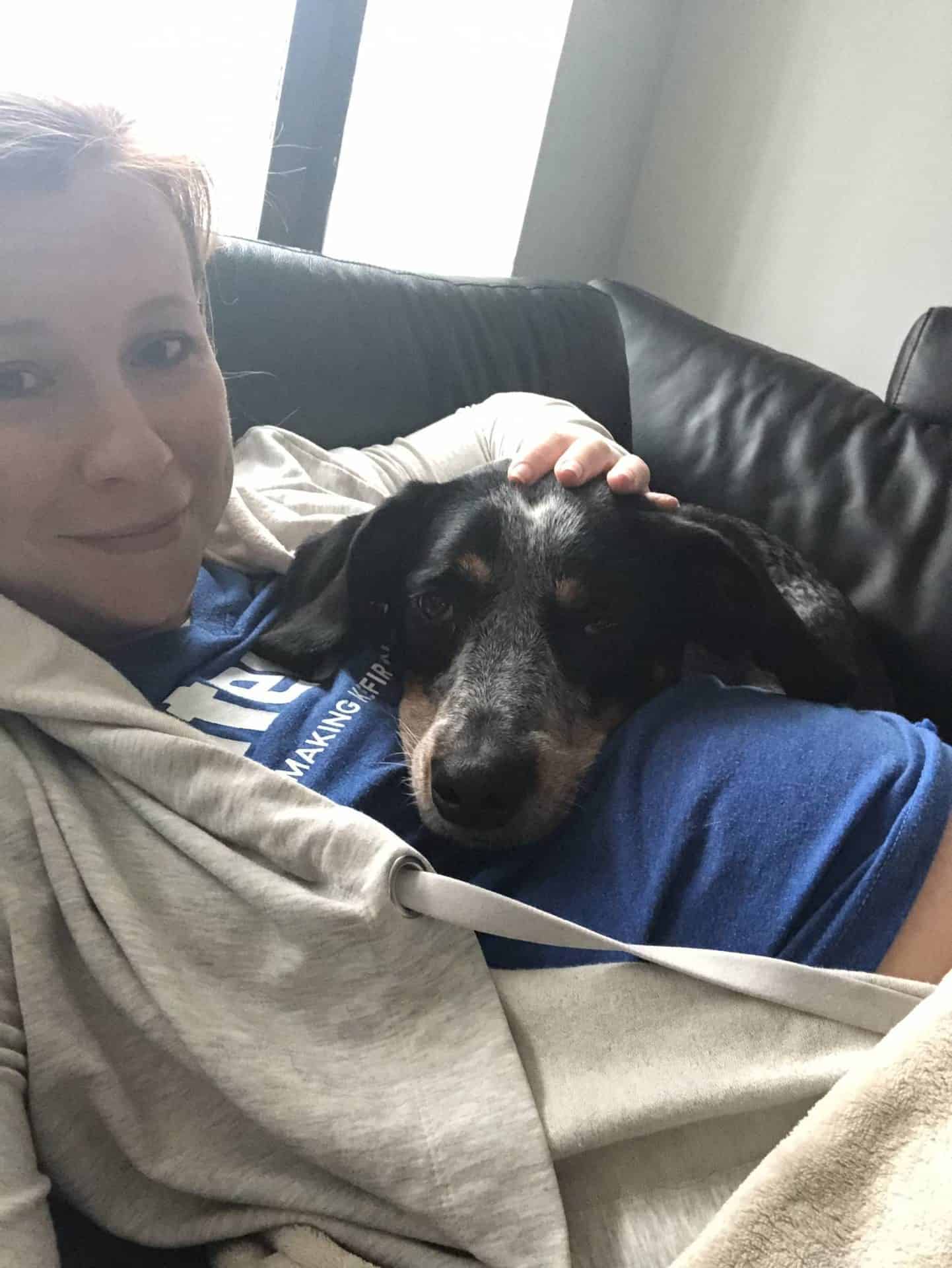 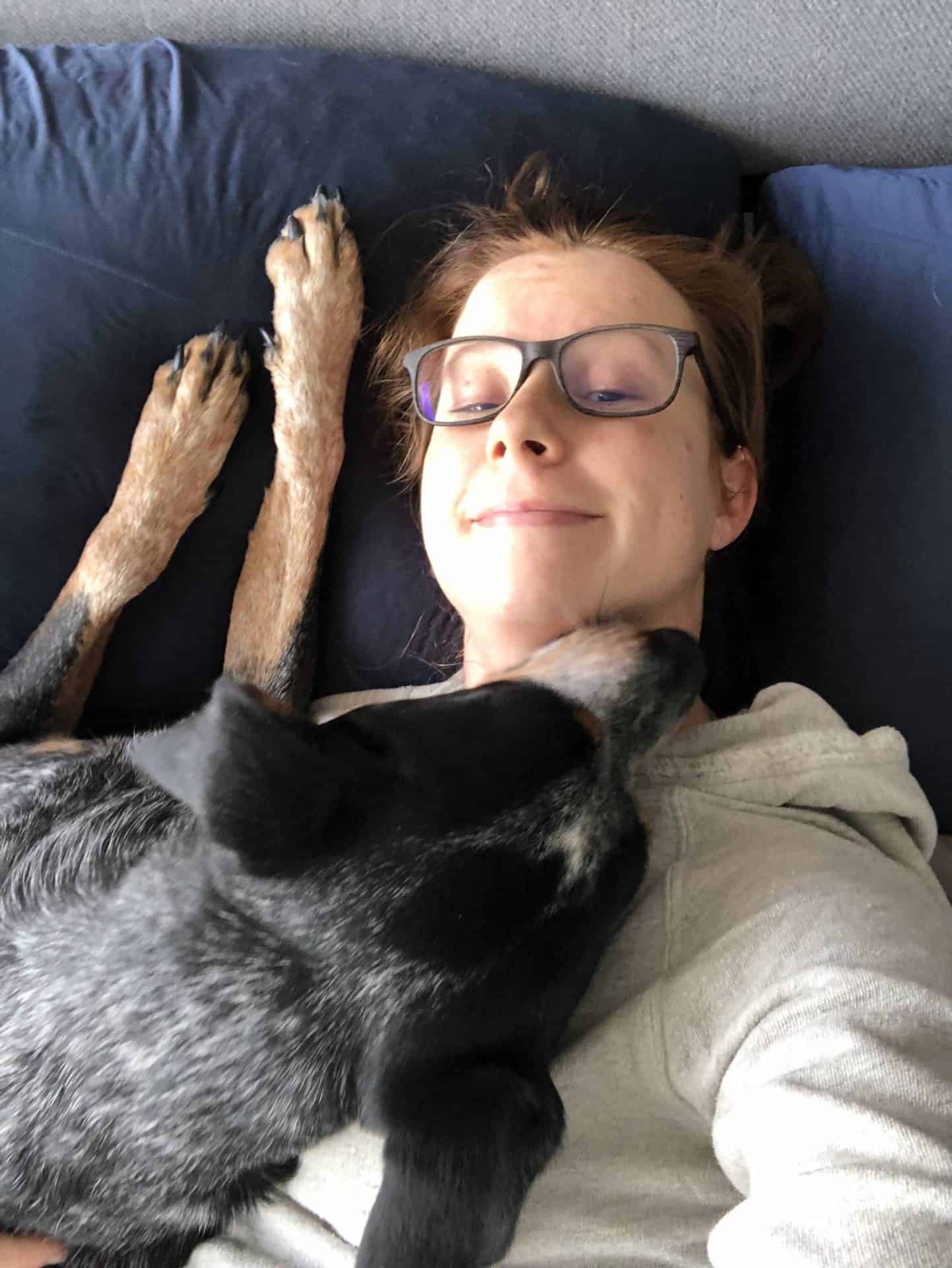 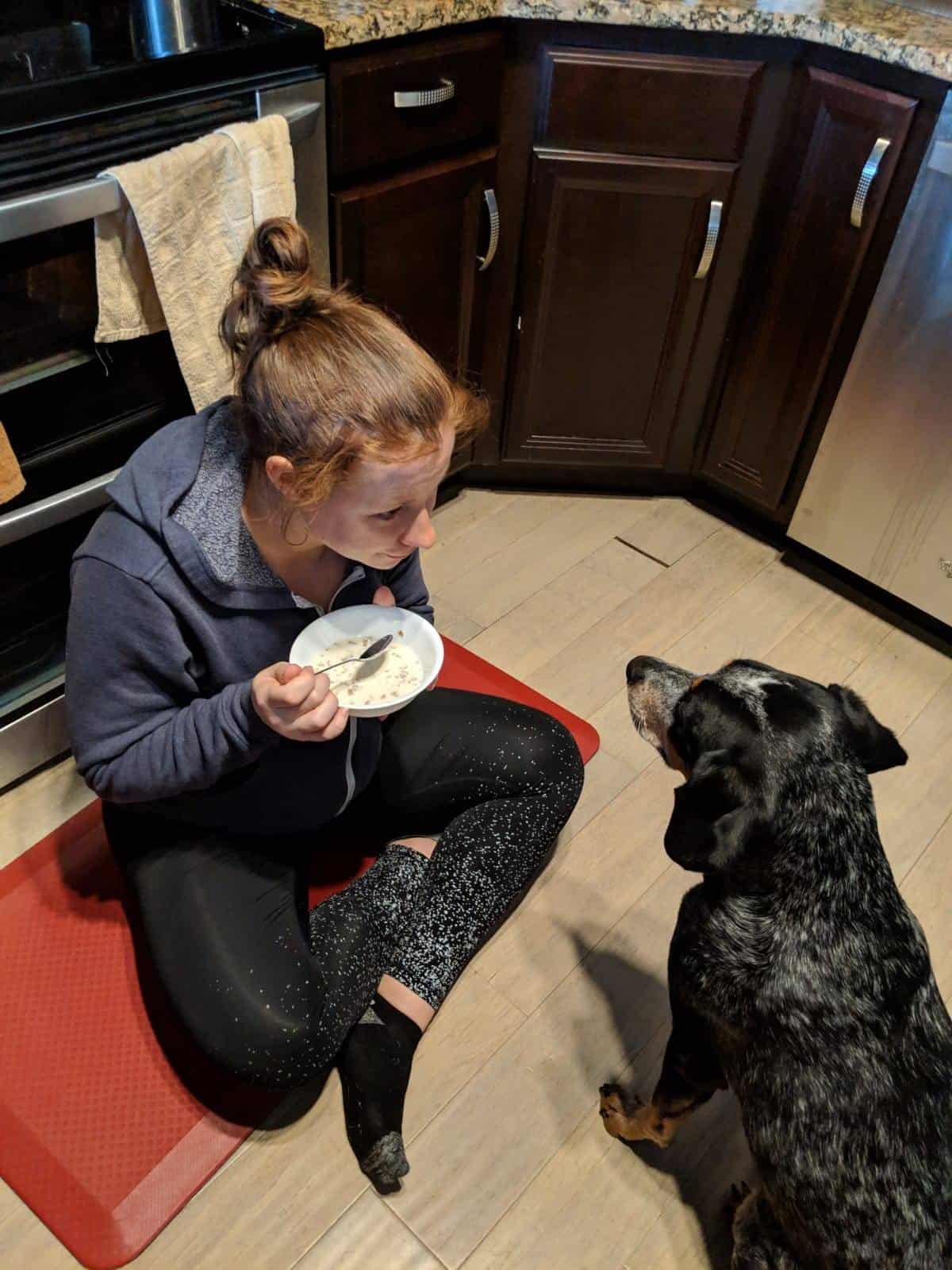 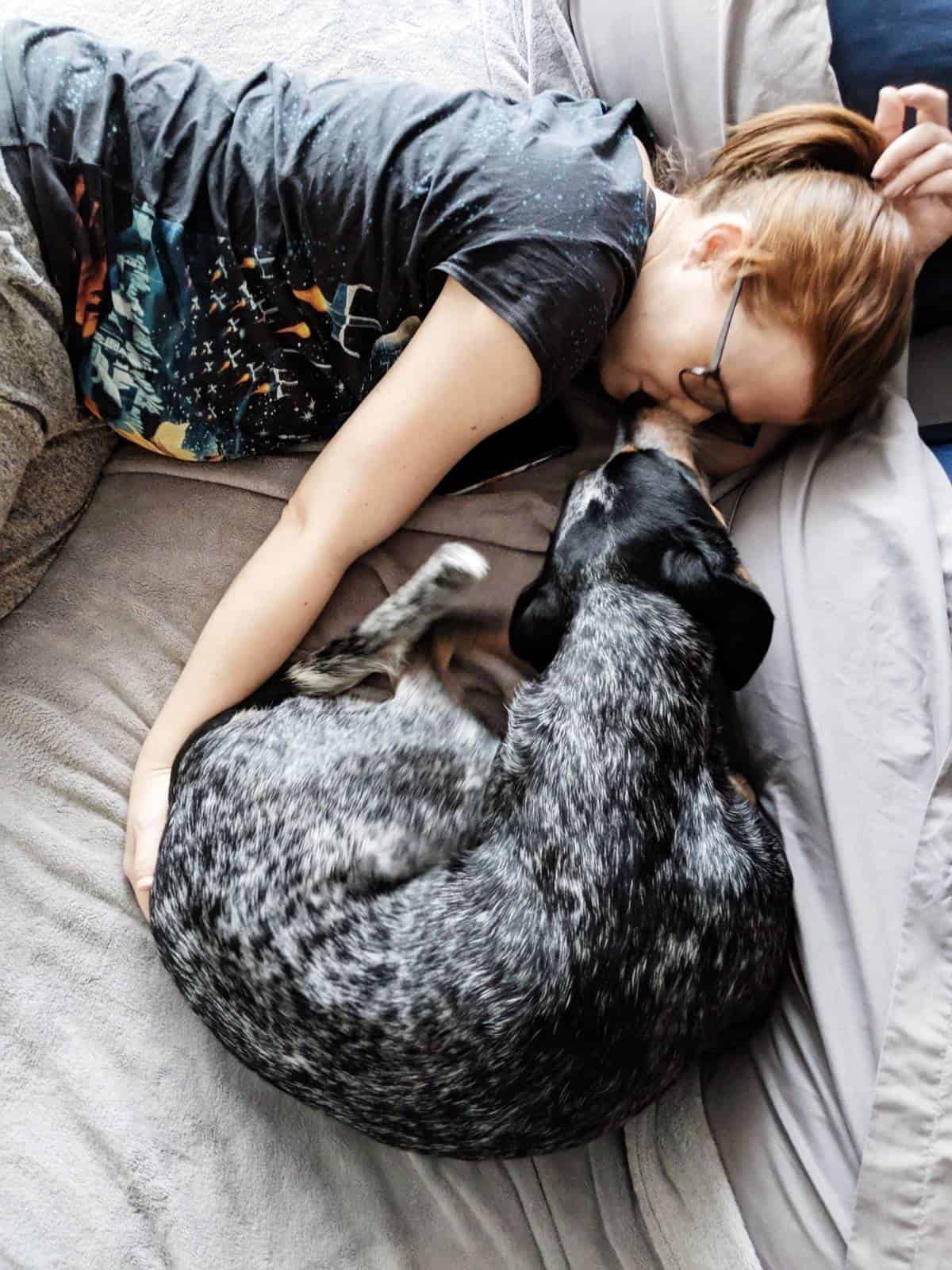 As I've mentioned before, I think she will be fine with the baby. She's really just an inquisitive pup and likes to smell everything thoroughly, so I can't wait to see what she does when he comes home.

As always, if you have any questions about anything, don't hesitate to reach out! Next baby update will likely be his arrival so stay tuned! You can also go here to read all pregnancy and baby related posts from the beginning!