Running and Relaxing - Erin's Inside Job Skip to content

Even though I didn’t do too much this weekend, it felt like it flew by.  Maybe I’ve been spoiled by those three day weekends.  So now it is back to work and figuring out this training schedule for my first half marathon in September.  Sweet.

Neil had a work thing that kept him out until around 5 pm, so Saturday was mine for the taking.  I woke up and went for a 7 mile run.  Thanks Fitbit for this sweet recap. I’m still undecided on how I feel about it, but once I solidify my opinions, I’ll let you know.  I need to wear my Garmin and this at the same time, because I feel like the Fitbit is a little generous on the distance. 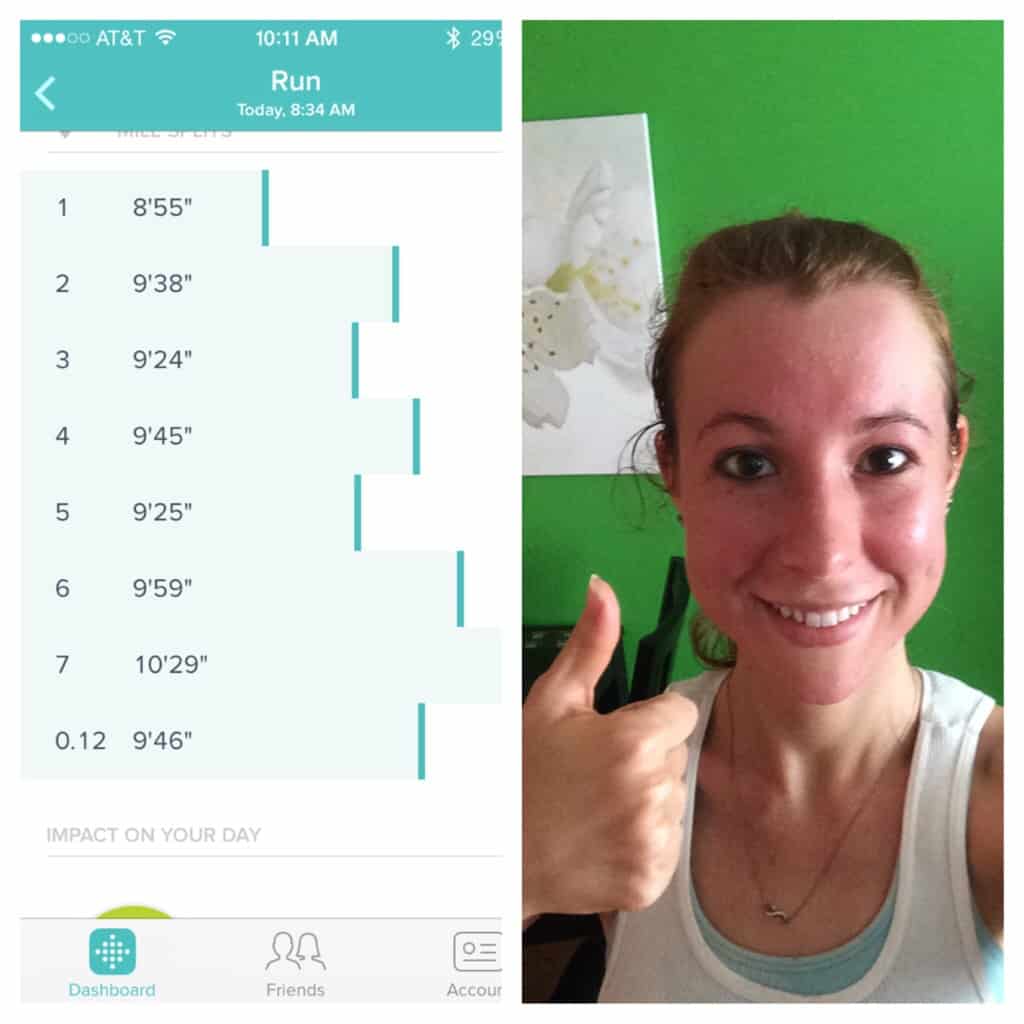 I barely survived because a) I think I started a little too late and the heat tried to kill me and b) I need to adjust my fueling to the increased mileage.  After I injured myself and took a month hiatus, my appetite went down and I wasn’t eating as much.  I also get most of my carbs from fruit and vegetables, which isn’t going to cut it during training mode.  I need to do some more research on getting enough carbs while also avoiding gluten. More to come on that.

After the run I went immediately to the pool (pit stop for all the ice water I could gulp and my chocolate blueberry basil smoothie) and acted like a lizard for 2 hours. It was glorious.

Once I came home, I grabbed my daily espresso from Starbucks and got to working on my media kit for this site.  I spent a good 2 hours trying to do 8 things at once (connect with me on LinkdIn!) and ended up with a headache.  Sometimes my need for immediate gratification gets the best of me.  I want everything RIGHT NOW.

When Neil was free, I met him and some of his co workers for pho (forgot to picture) and then we grabbed some frozen yogurt from Tutti Frutti. There are two frozen yogurt places that opened up in the same shopping center and I like to go to the smaller one because I feel bad for them.  That’s not the entire reason; they also have Taro flavor which I haven’t seen anywhere else.  It’s my favorite. 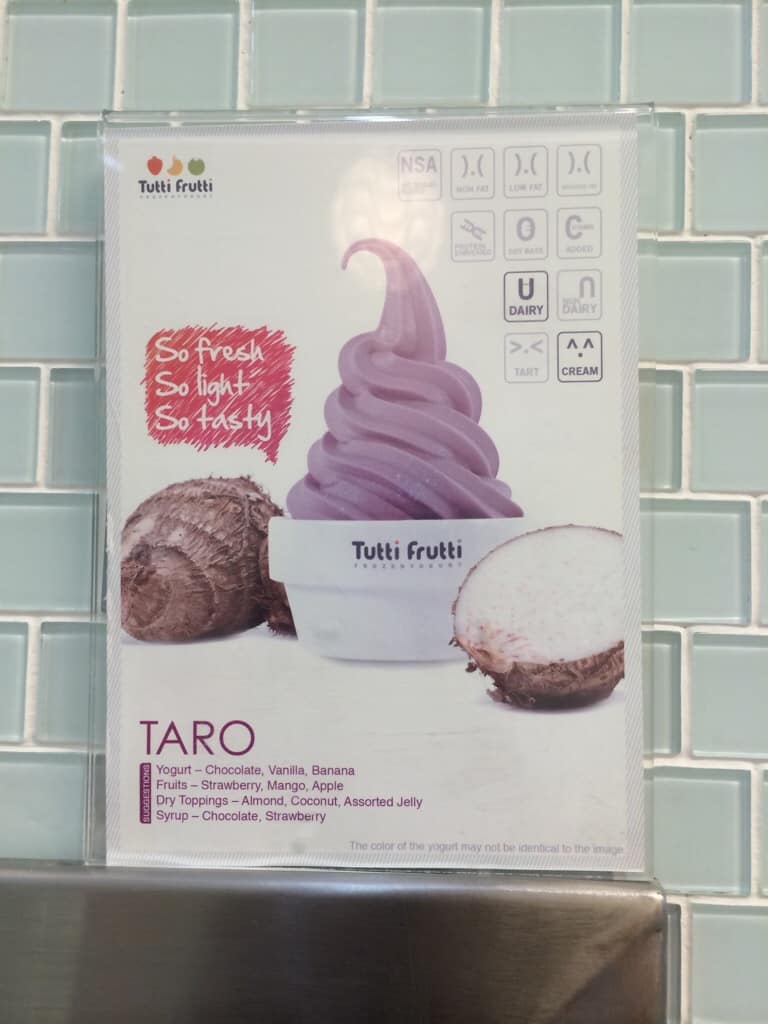 Sunday I headed to MD to hang out with a friend and came back to VA around 2 pm.  We met for brunch and I got a veggie omelet. I’m comfortable in my box. 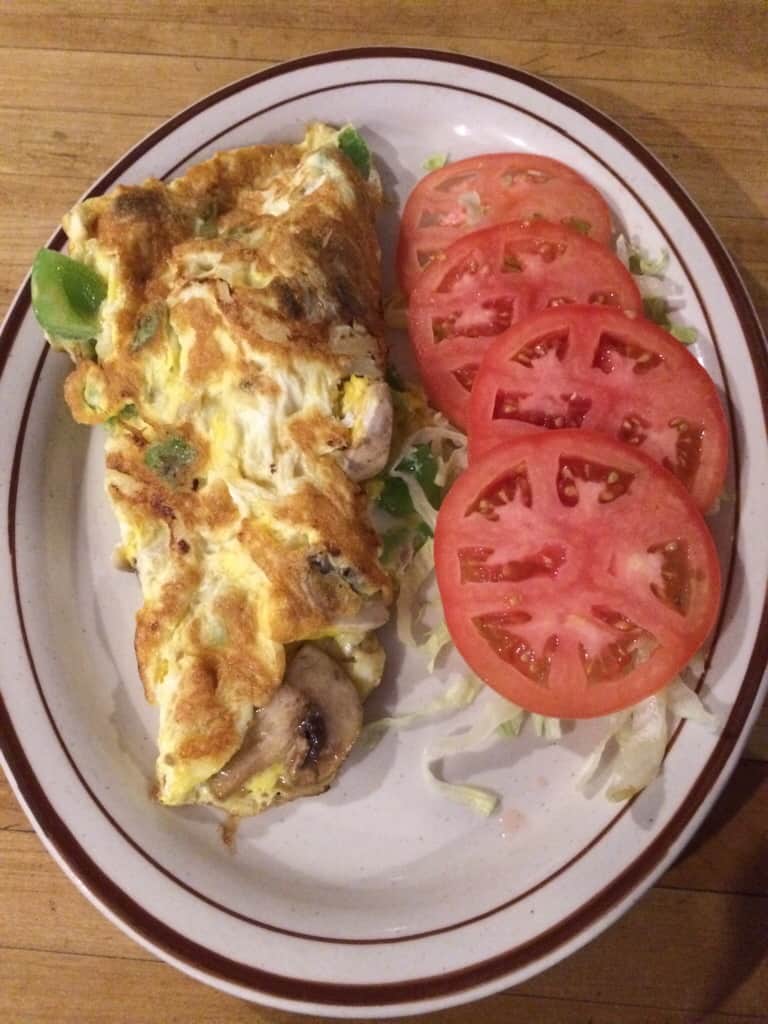 After brunch we wandered around nature: 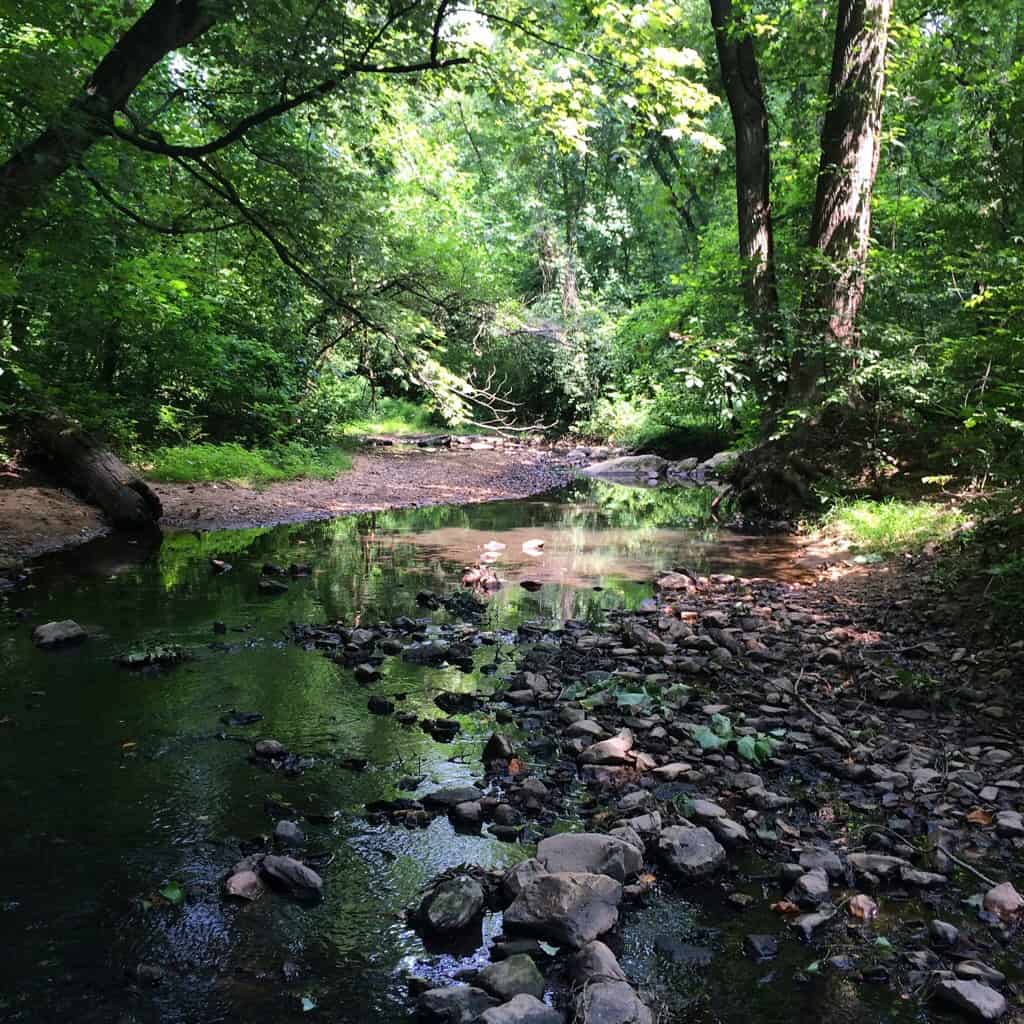 Neil and I went to see Dawn of the Planet of the Apes when I got back which was pretty good. The visual effects were incredible, but I’m not sure the story line was anything exceptional. It was good, not great, but enjoyable.

After the movie we headed to Froots, a local smoothie/wrap place that I had wanted to check out.  We didn’t get a smoothie, but both got wraps for dinner.  Again, it was good, not great, but enjoyable.  Neil had a turkey wrap and I had a tuna one.  Neil doesn’t like taking pictures. 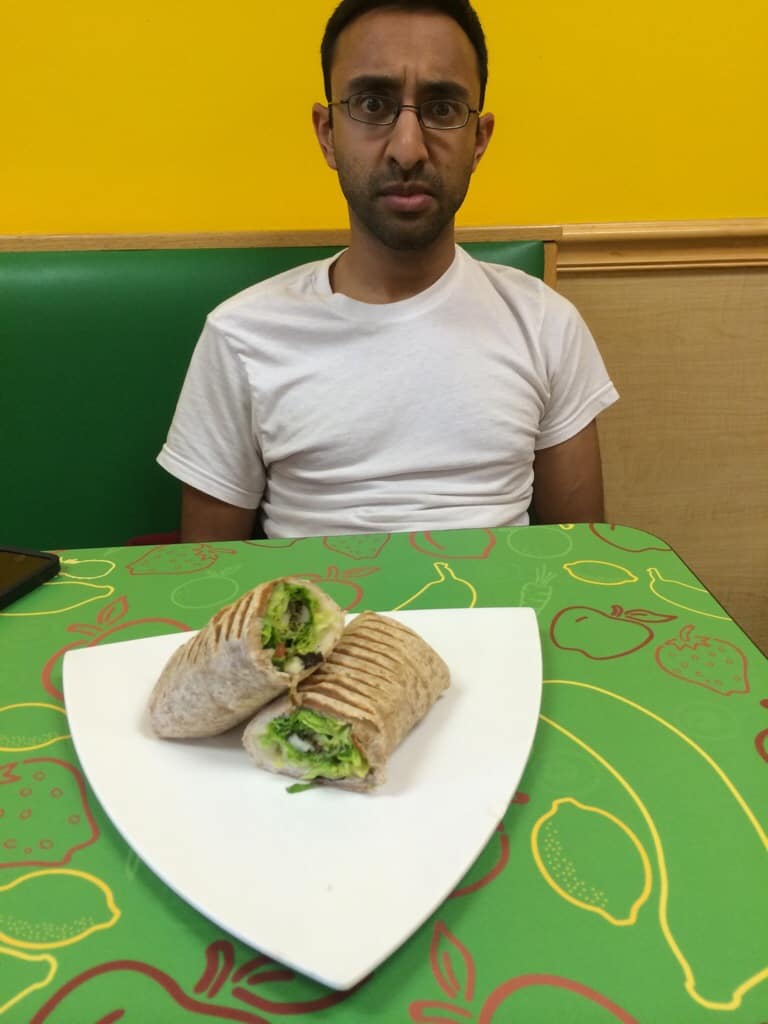 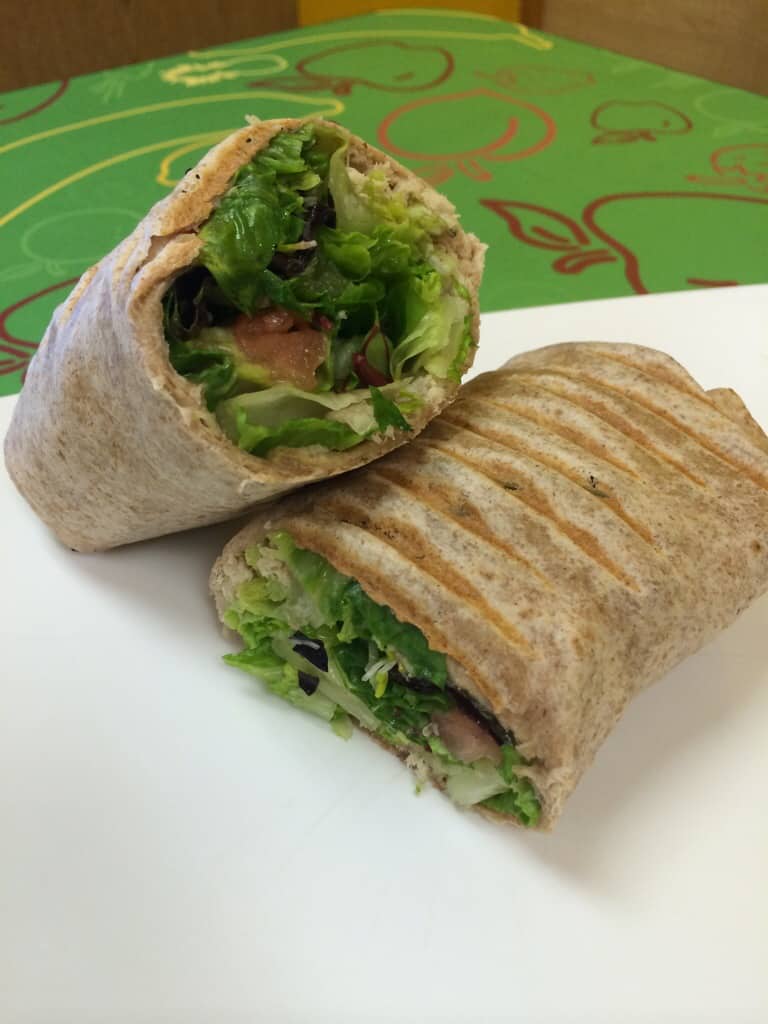 The rest of the night was pretty low key and I finished off the rest of my almond butter by slathering it all over some medjool dates. I can’t stop!

I hope everyone had a great weekend!!

Question of the day: Have you seen any good movies lately? What’s your favorite frozen yogurt flavor?

11 comments on “Running and Relaxing”