It’s not entirely my fault. When we got to San Diego we weren’t able to go to our hotel for a couple hours, so we headed to La Jolla Cove for some exploration (me) and some work (Neil, sucka).

The day started off cool, breezy, and overcast. We stopped for some highly rated tacos at The Taco Stand. 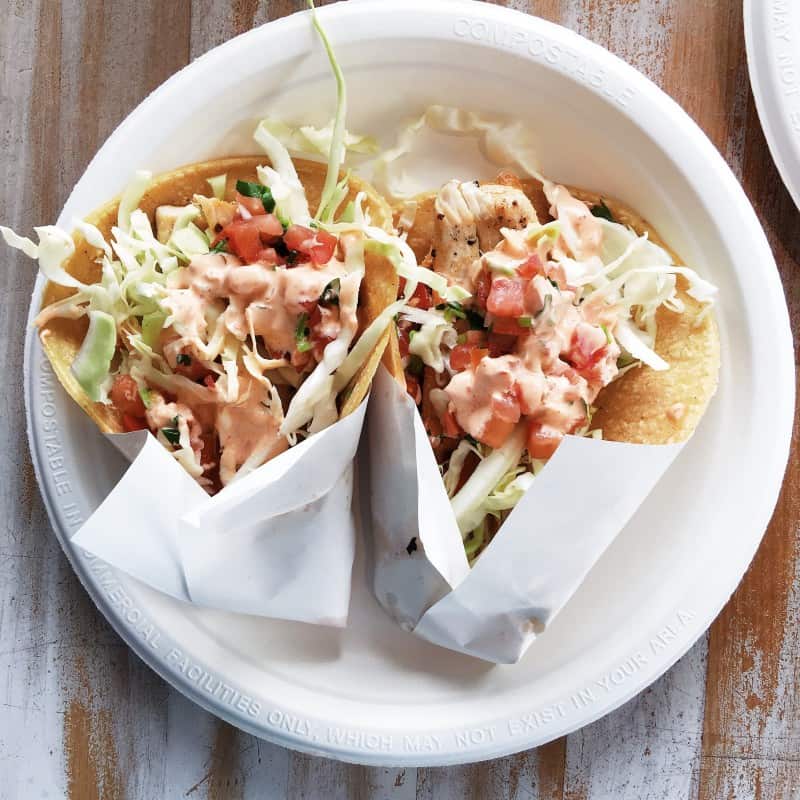 Then we headed to La Jolla Cove so that Neil could sit in the car and do work and I could frolic with the sea lions. 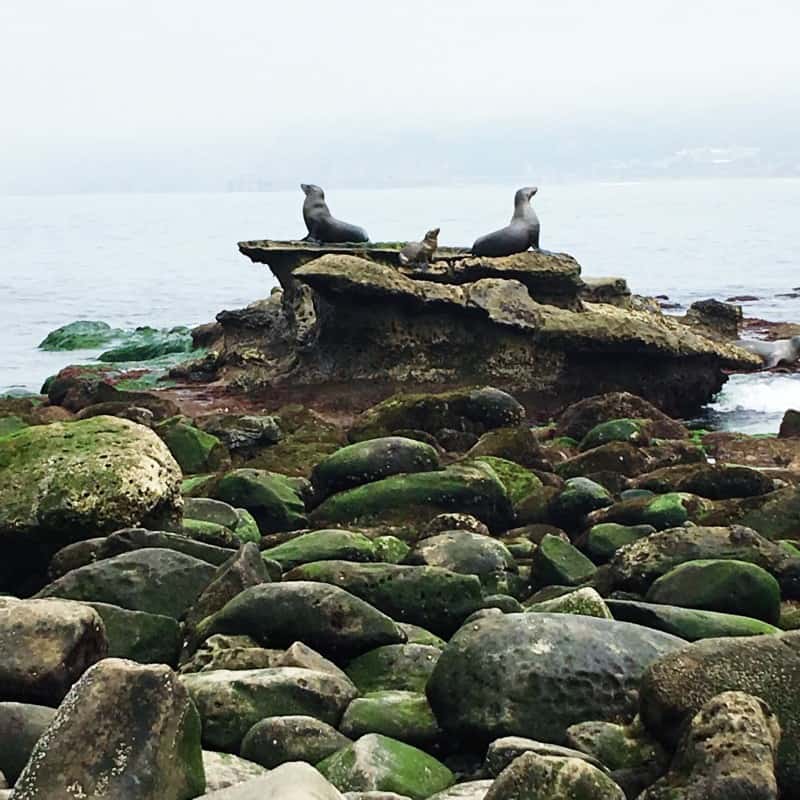 I was exploring the water and tide pools when the sun decided to come out. This was good for pictures but bad for my unprepared skin. I probably didn’t help things by disrobing and exposing it more. 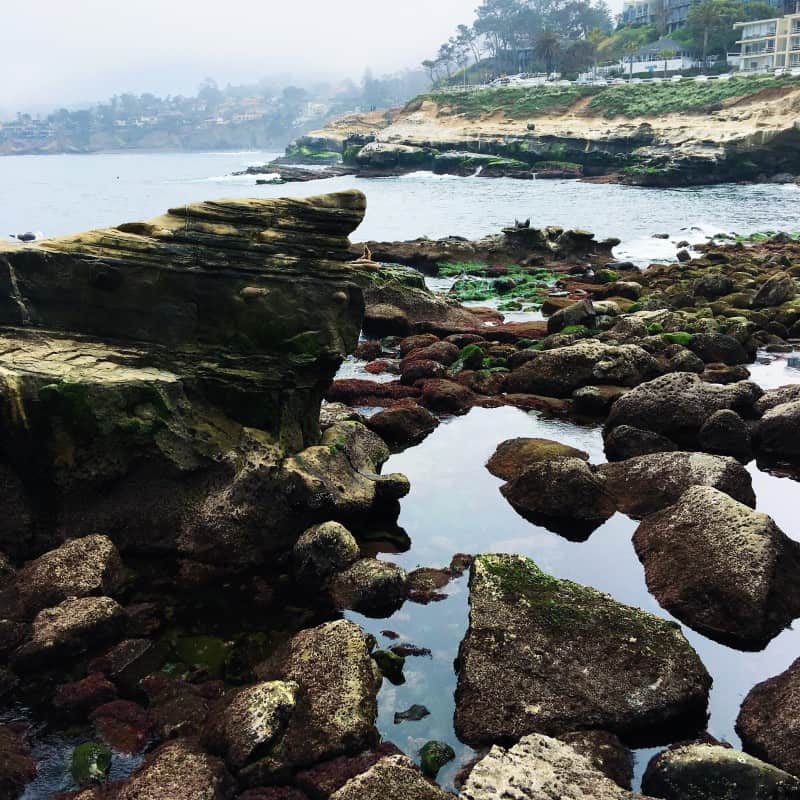 Remember the sea lion we found in Malibu? This was that times 100. There were sea lions on the beach, on the rocks, playing, splashing, sleeping, and all around bringing me lots of joy. 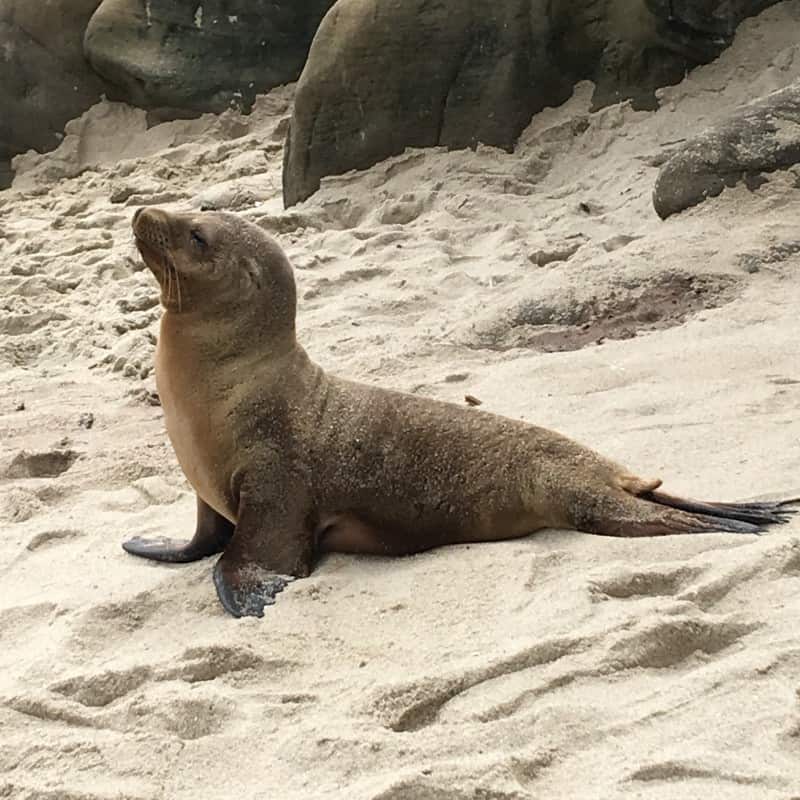 I love this one. He DGAF and says yo, this step is comfy. Step over me. 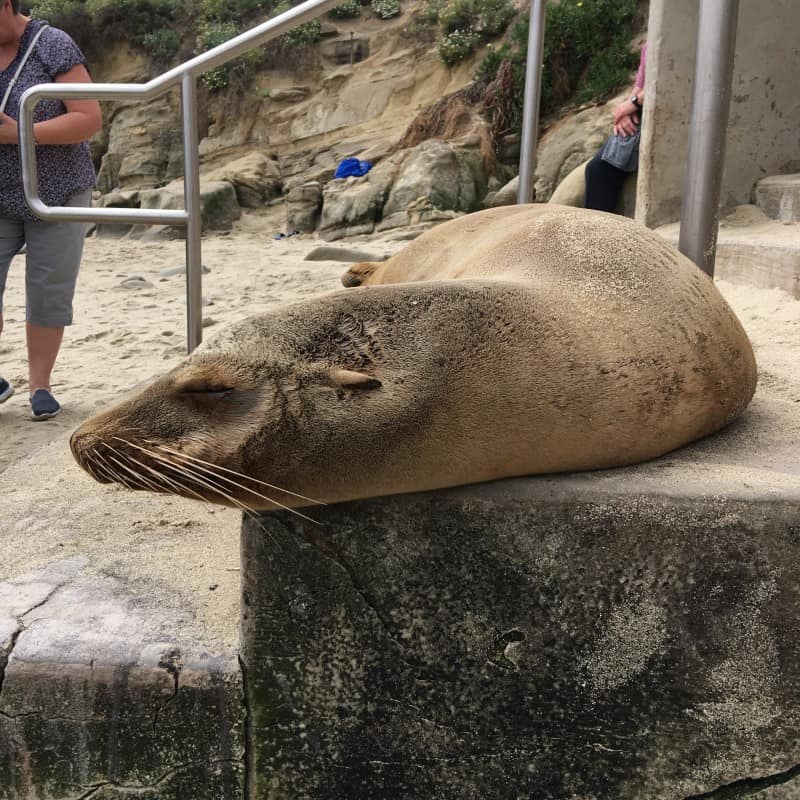 Here’s what you get after waking up at 5:30 am, traveling for 5 hours, and not showering. But the ocean was totally worth it. 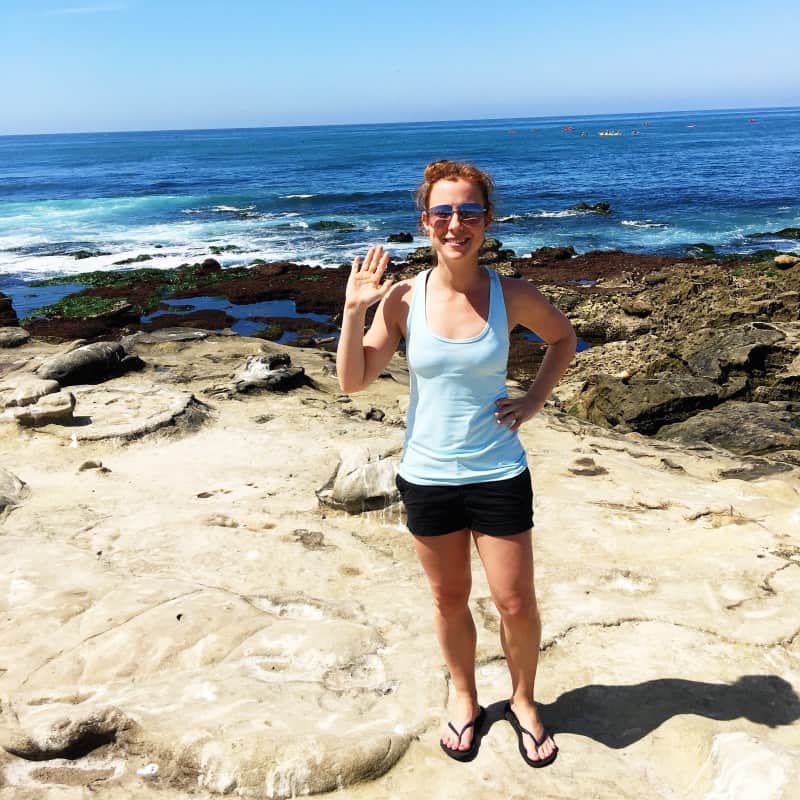 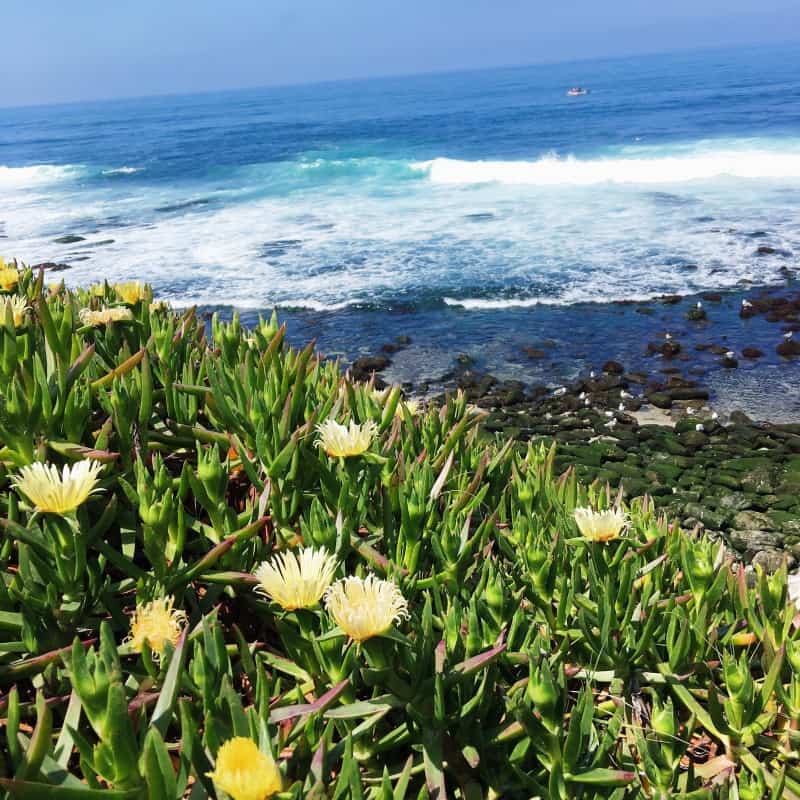 After Neil finished his work, we grabbed some coffee and headed to our hotel, which was about 15 minutes away from the coast. We literally spent around an hour trying to decide where to eat, but settled on pizza when I realized I could also get my beloved calzone.

Even though it was a small place and I doubted their calzone abilities, it was actually pretty delicious. 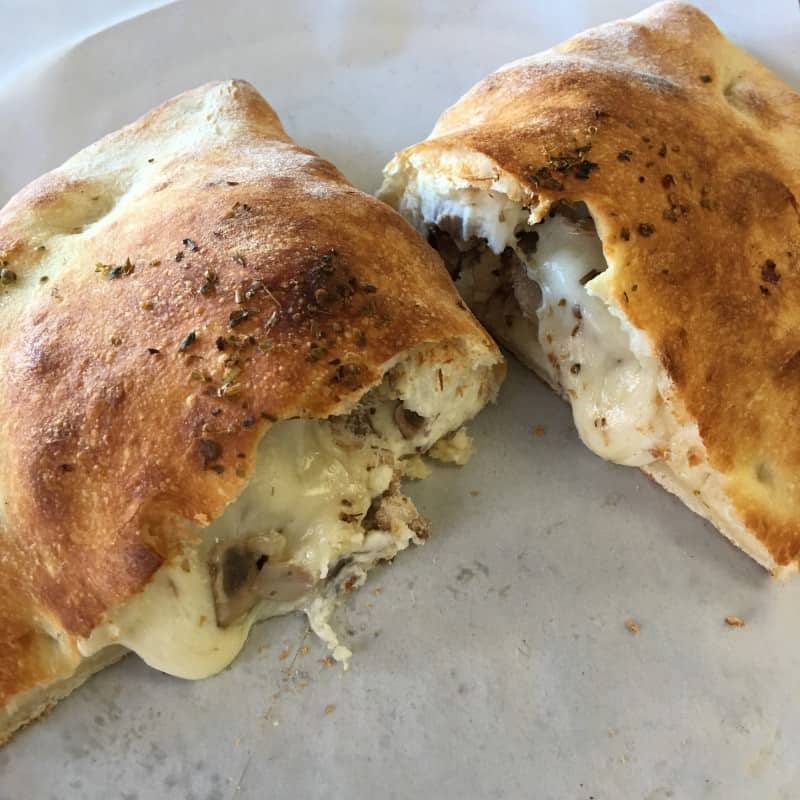 We headed back to the hotel and hung out until we went to sleep unreasonably early. Neil is presenting at a conference today, so I am going to try and do some more exploring and picturing throughout the day.

We head back this evening to chilly Chicago,  but I’m so glad I was able to come for even a couple days! I’m not sure that I will get around to posting tomorrow, but you’d better believe I’ll be back on Thursday!