Alright guys — back at it with part two of my California adventures last week. This time I’m covering our time in San Francisco! 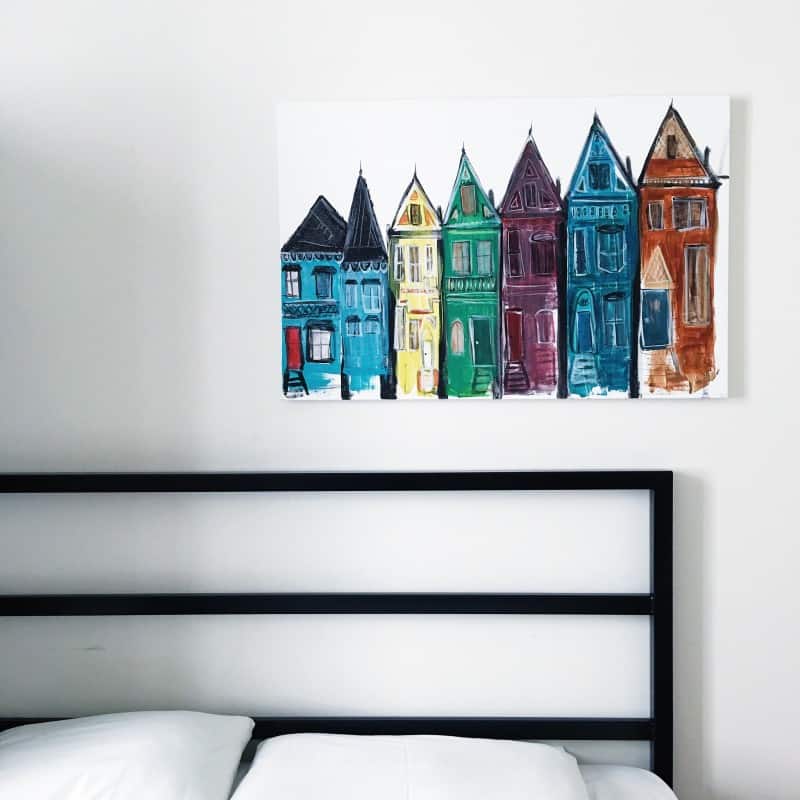 As I mentioned in the Yosemite recap, we elected to leave the park a little early and check into a hotel. Since we now had a free day, we decided it would be a good time to visit some of Neil’s family who live in the Sacramento area.

We left the park on Wednesday night, drove three hours to Sacramento, and settled into our hotel. We had made plans for dinner and spending the night with them on Thursday, so prior to that we took some time to explore UC Davis.

There’s not a lot in that area, but around the campus are many cute shops and places to eat. I chowed down on some poke FO SHO. 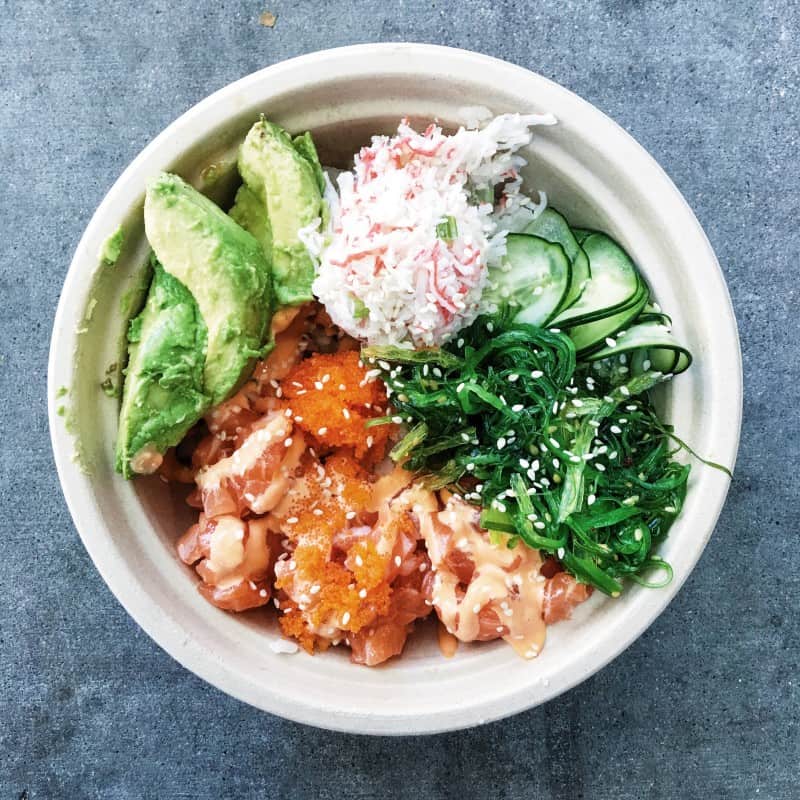 Then we went to Target because it’s my happy place and apparently there’s not a Target everywhere I go. I’m obsessed with this smock (or whatever you call it) and might actually go buy it here at home.

There are also a ton of food Halloween costumes ranging from donuts to pizza to cookies — all of which I would wear. I look about as tired as donuts make me feel. 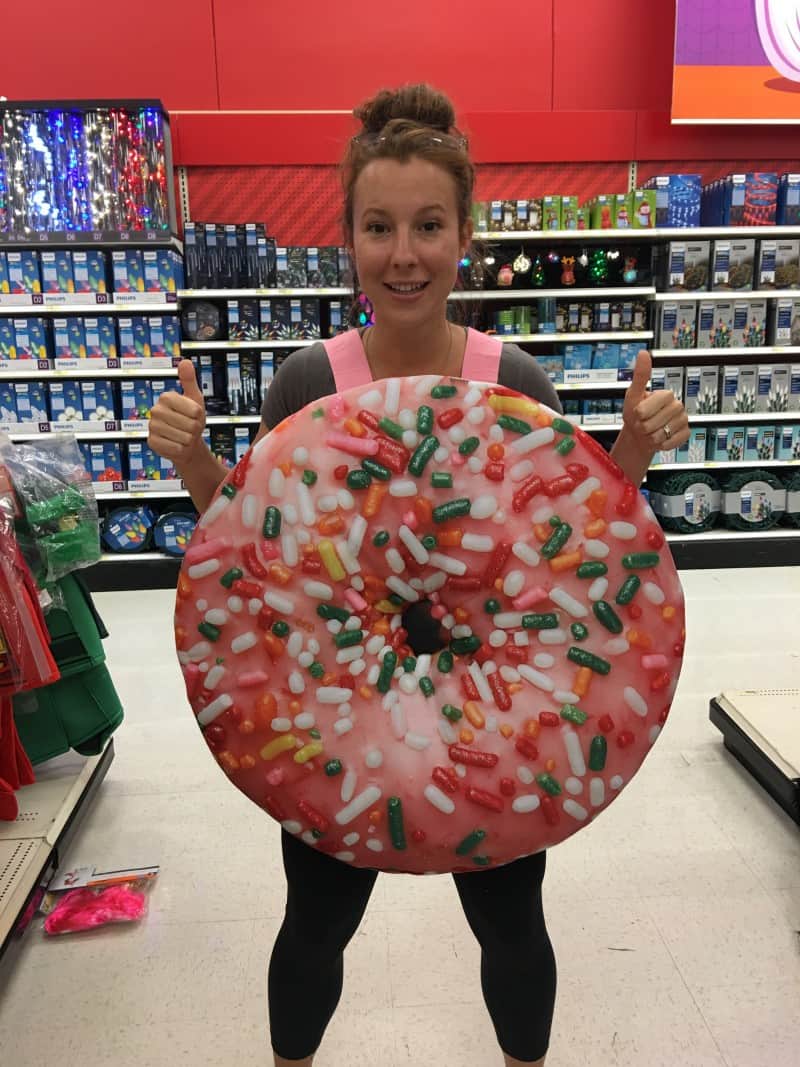 I didn’t take any pictures during family time, but if you were following along on Instagram I did share all the delicious homemade Indian food and time playing with precious kids. It was a great stop that I’m glad we were able to make!

Friday morning we woke up at 5 am in order to beat the traffic into the city. We left at 5:30 am (after Indian chai 🙂 ) and were still delayed a bit, but it was better than if we had left later. We needed to return our rental car before 9 am or they would charge us for another day, so bright and early it was!

After dropping it off, we took the train from the airport to the Mission District of San Francisco. We had booked a room on Airbnb and I assumed that we would be shoved in a room in someone’s house. I was pleasantly surprised when I found out that the building we were staying in was a former monastery that had been converted into student housing for a local international school. This meant that we had our own passcode-protected room and bathroom which was AWESOME (see first picture).

Our host was beyond nice and told us where to find the best food and other things in the city. He also went out and bought us a bunch of snacks and water. It was so precious.

We unpacked, settled in a bit, and then headed out to find lunch. According to our host, who was “yo soy Mexicano,” his favorite place for burritos was La Taqueria, so we headed there first. I got a carne asada quesadilla which was HUMONGOUS. 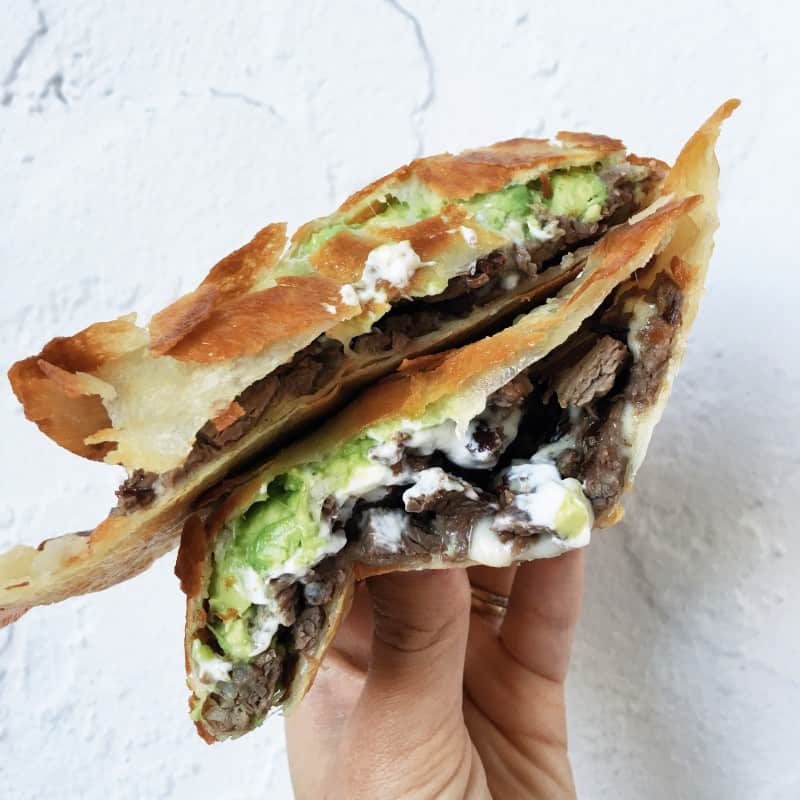 After lunch it was time for dessert. Yelp recommended Anthony’s Cookies and they were amazing. I just wish I had bought more 🙁 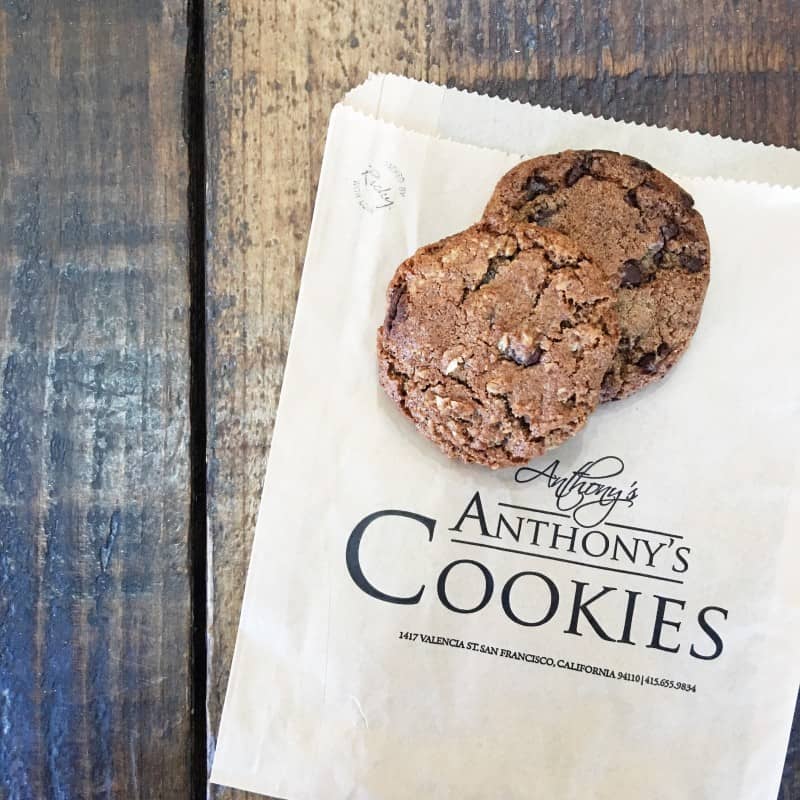 Afterwards, we headed back to our room because we were starting to fade after little sleep and an early rising. We took about a 90 minute nap and then woke up to find dinner. Priorities.

We grabbed a couple slices of pizza, then I discovered Sidewalk Juice right next door on the way out. Not only did they have every kind of juice and smoothie available, but take a look at this list of different kombucha options! 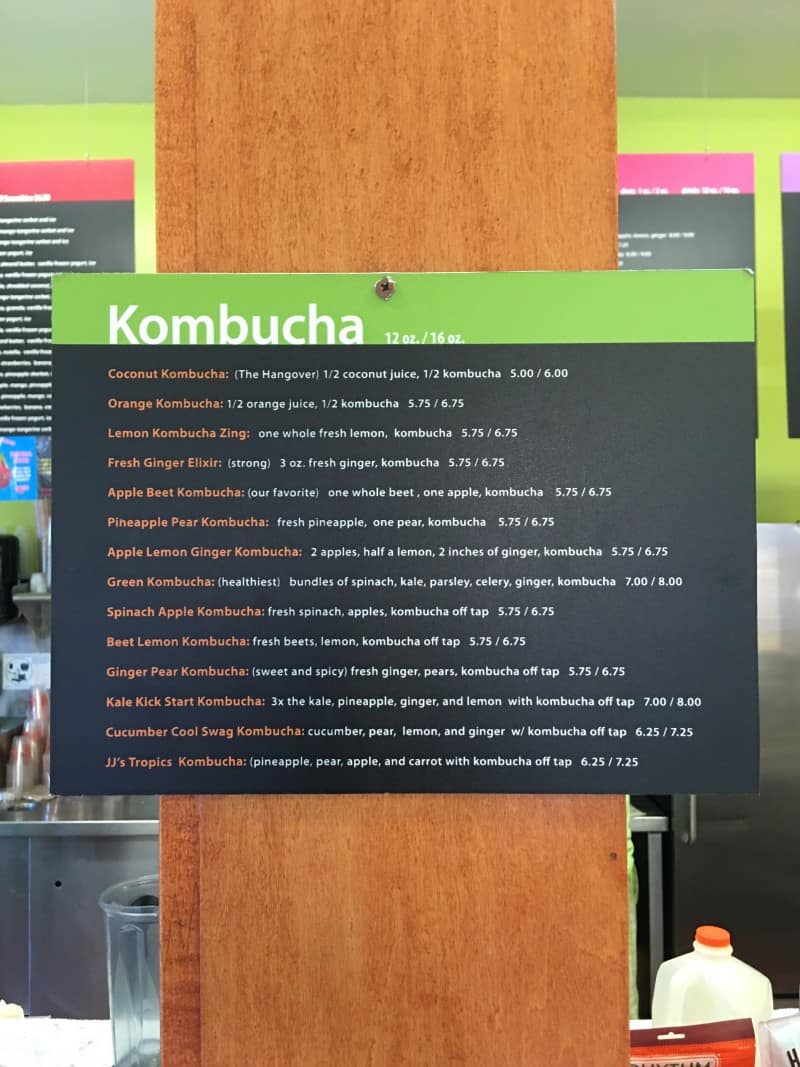 I got the apple lemon ginger flavor the first day and then tracked down another location on the second to get the JJ’s Tropics flavor. I want this in my house at all times. 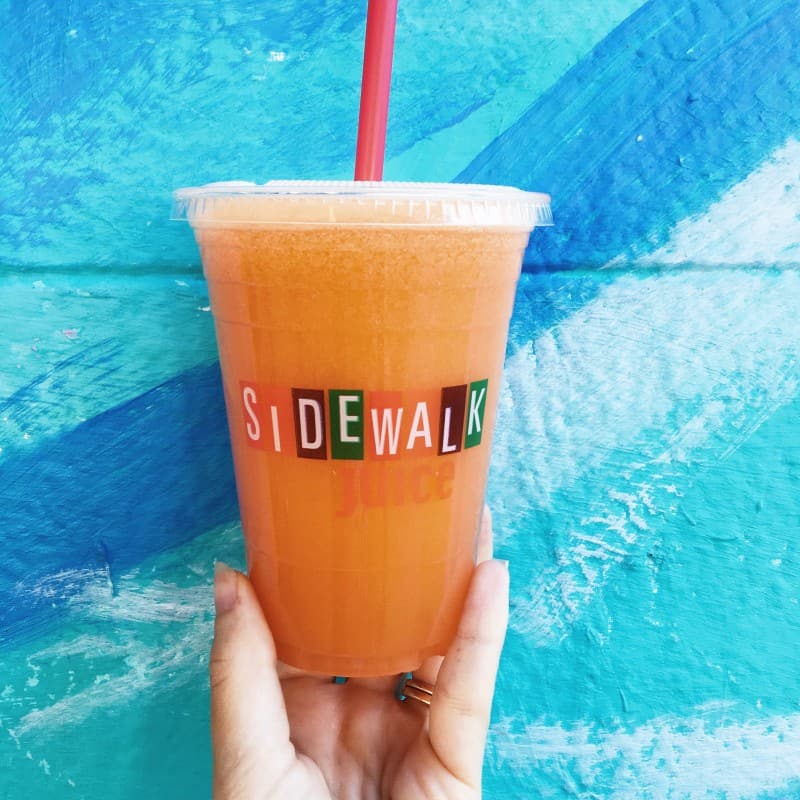 After dinner we headed back and were actually in bed by 9 pm. We party HARD.

Saturday morning I grabbed a pitaya bowl at Project Juice. Worth it. 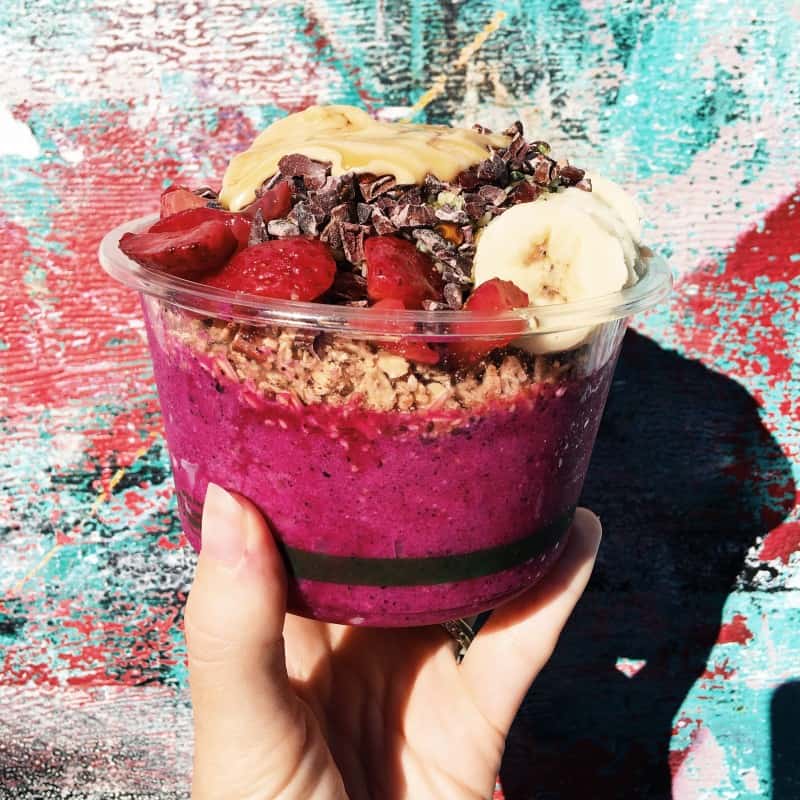 Neil wanted another burrito, so we walked around to another highly rated place that looked like you would get food poisoning from the outside, but actually had delicious food. We strolled around the Castro for a little while and then it was time for another nap.

We actually have a lot of friends who have ended up in San Fran, so we set up a FB invite for everyone to meet at Dolores Park in the afternoon. Before that, however, we grabbed some epic sandwiches at Rhea’s Deli. I could only finish half of it because by the time I had we were already in a giant line for ice cream. 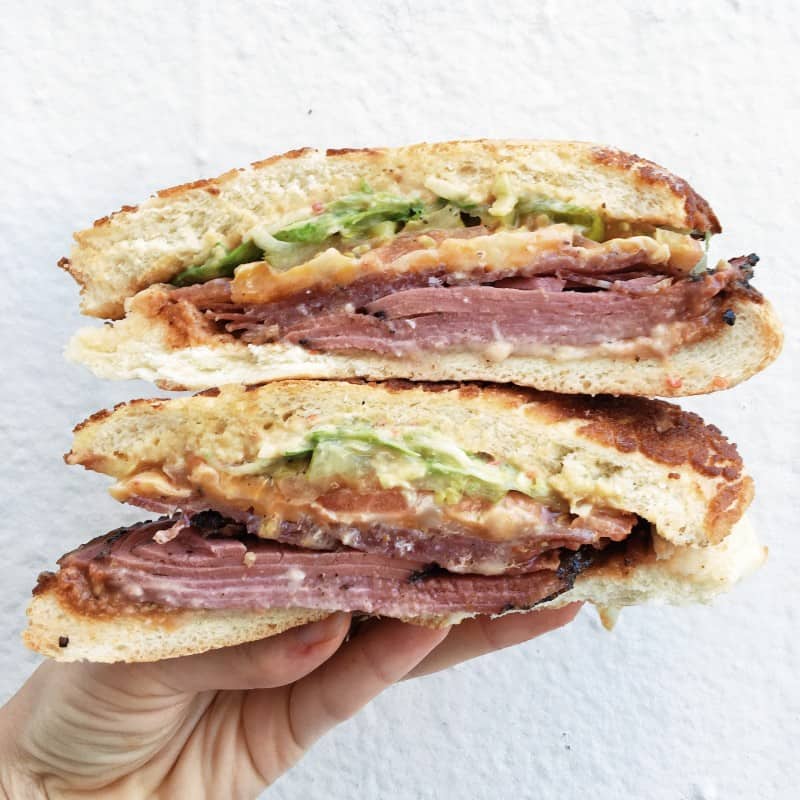 Bi-Rite Creamery came very highly recommended and did not disappoint. They had tons of unique flavors including black sesame which I liked, but passed on. I chose PB & Yay and Creme Fraiche. I was a little disappointed that their basil flavor wasn’t in season, but I ate all of this in no time. 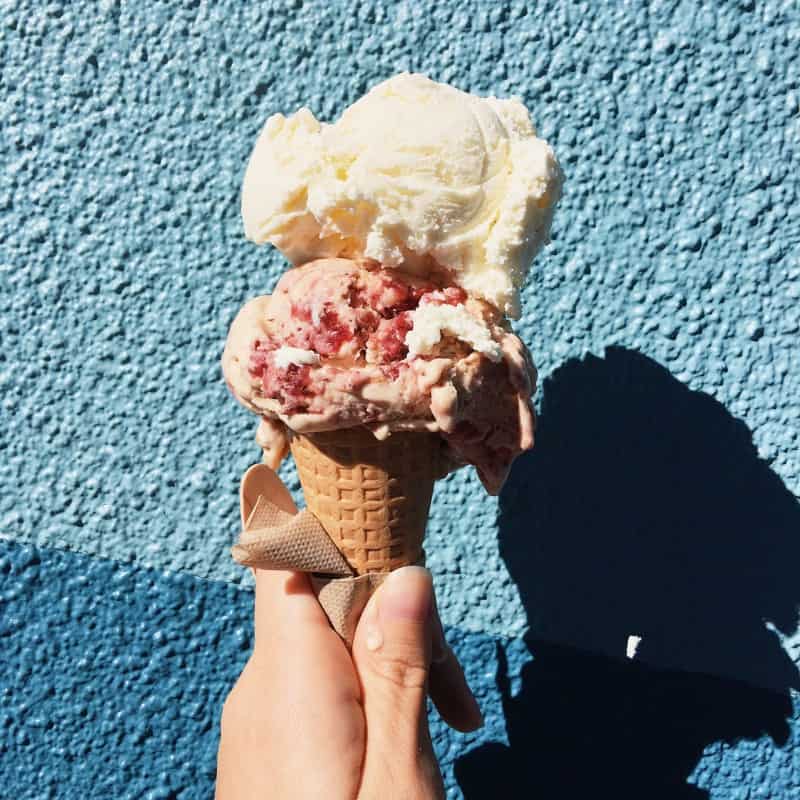 Bi-Rite is right across the street from the park, so we met up with everyone and just hung out for a couple hours. 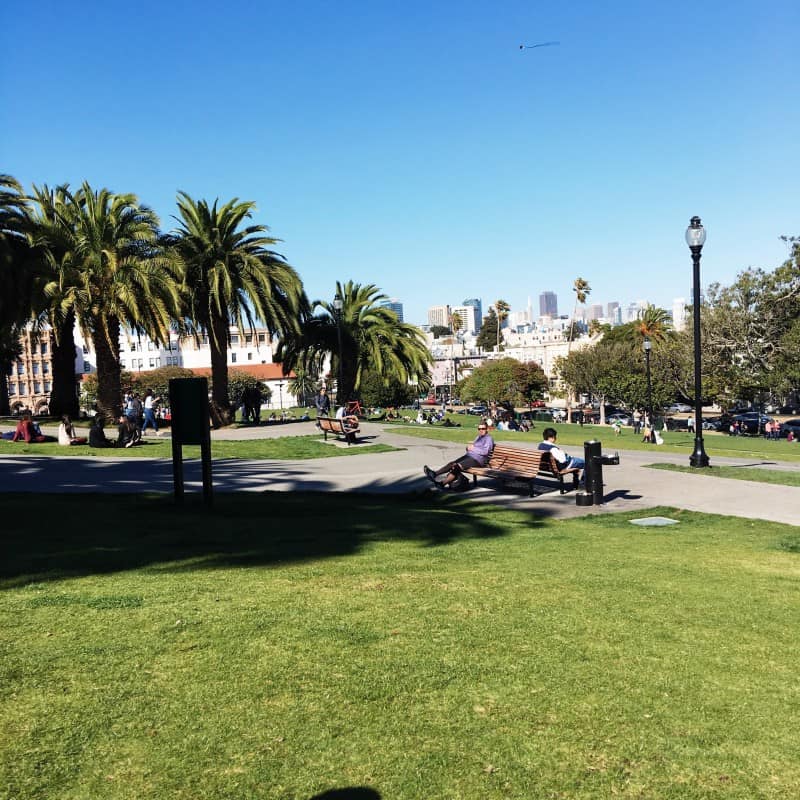 It was a beautiful day and I got to play with this little baby. YES. 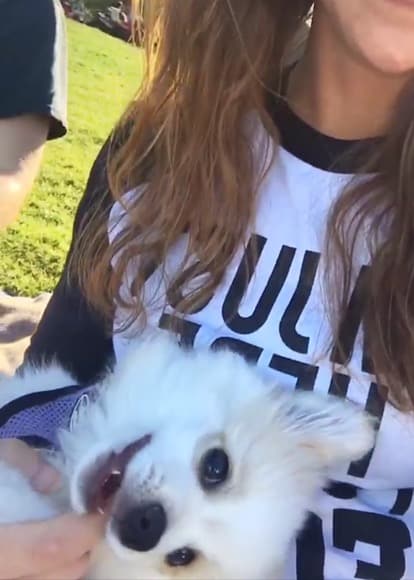 Also, I think all the air was replaced by weed smoke almost the entire time we were there. It was a little out of control.

From the park, we all chose to continue the party at dinner. We chose a Thai restaurant called Basil Canteen and it was probably one of the best Thai meals I’ve ever had. I can tell you for a fact that their mango sticky rice was 100% the best I’ve ever had and I don’t say that lightly. It was incredible. 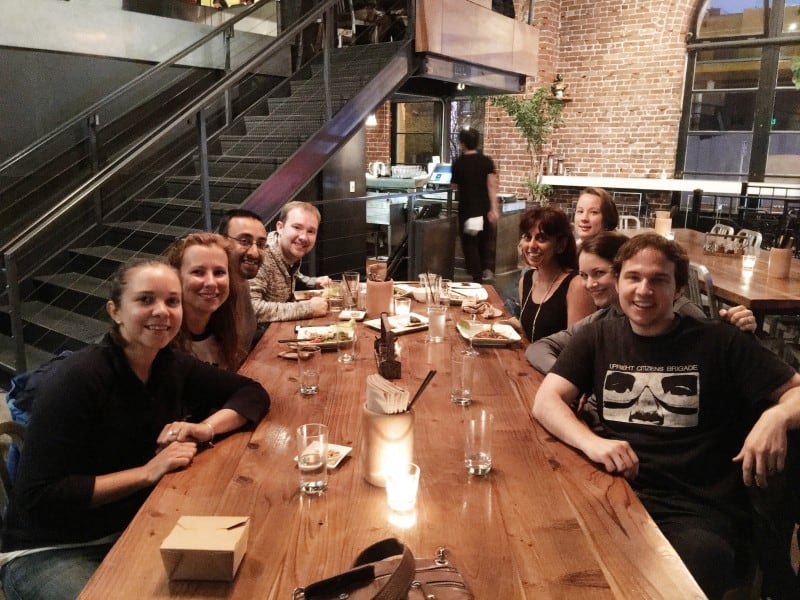 If you’ve been reading the blog since my Virginia days, you may remember my friend Carly being plastered over tons of posts as we trained for my first half marathon together. She has been doing traveling physical therapy and just happened to be in San Fran for a couple more months! I missed her soooooo. 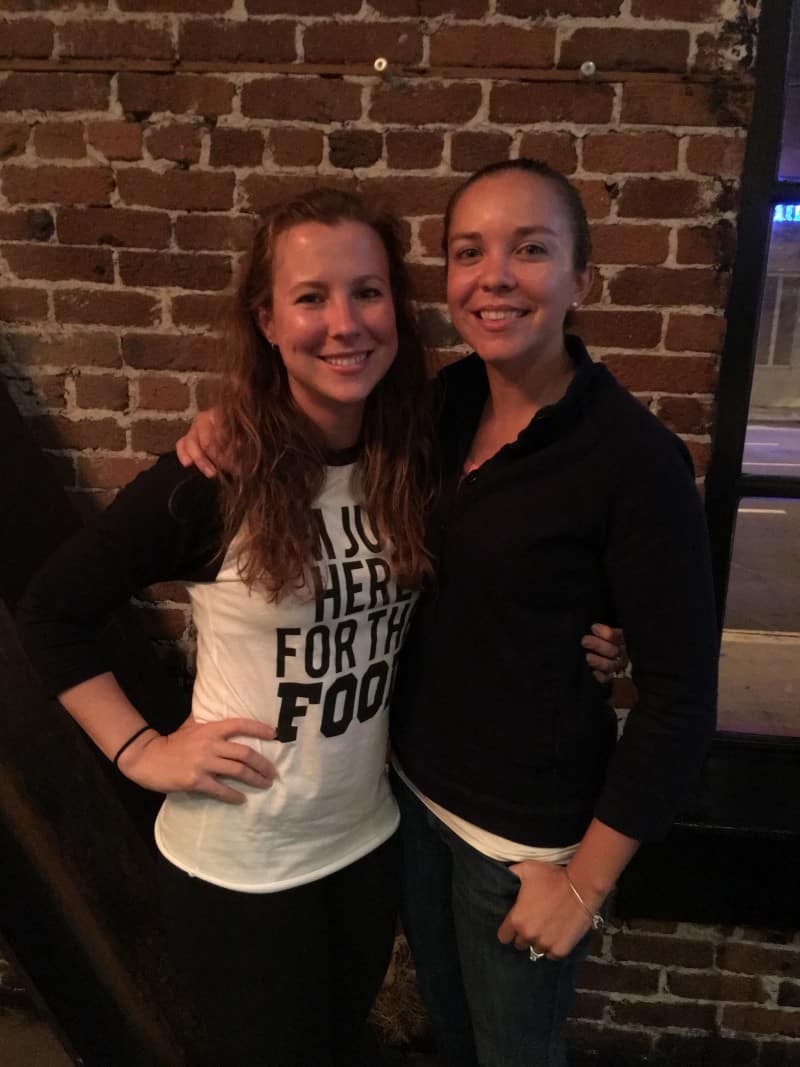 As you can tell, we didn’t really do a lot of tourist things or go downtown to the city. We basically explored our little area and ate all the food we could find, which was fine with me. I’m not sure how more touristy areas are, but I was surprised at how much trash there was everywhere. I knew Chicago was a clean city, but I guess I didn’t realize how clean!

There were also a lot of homeless people. Don’t get me wrong, we certainly have our fair share, but I feel like in Chicago they may ask you for money once, stay in one spot, and really not bother you much. Certain areas like around train stations in San Fran simply didn’t feel particularly safe, which is saying a lot for someone who used to randomly drive around inner city Baltimore talking to strangers.

Overall, it was a great trip and I loved that we got to do so many things throughout the week. I hope that we get to take more trips like this in the future!