Why You Shouldn't Fear Mistakes - Erin's Inside Job Skip to content

Why You Shouldn’t Fear Mistakes 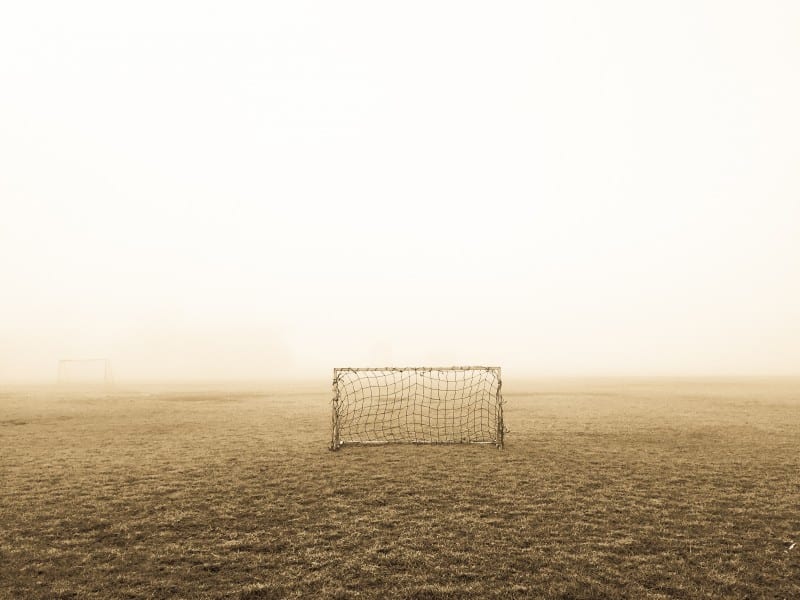 Growing up, I had this incapacitating fear of people finding out I couldn’t do everything perfectly.

If I couldn’t do something well, I simply wouldn’t do it. Or, if I HAD to do it for one reason or another, I would simply learn and practice on my own where no one else could see me. That way when I revealed my new talent it would be like I could do it all along.

I can think of sports examples most acutely. I only played one year of soccer because I was just ok and others were better than me. I only swam for two years for the same reason. I am HORRIBLE at tennis so I just never played it or even tried when my family would go to have a good time and hit the ball around.

I managed the boys lacrosse team in high school and wanted them to think I was cool. They would toss the ball back and forth while killing time and I wanted to join in, but had absolutely no idea how to catch a lacrosse ball. I would stand off to the side and never accept an invitation to play catch until I taught myself how in secret. I borrowed a friend’s lacrosse stick and practiced so that when the time came I could effortlessly jump in and everyone would be SO IMPRESSED. I stressed myself out about this silly ball like nobody’s business.

I was terrified that if people saw that I couldn’t do something, it meant I was a failure and they would automatically think less of me. I refused to let people teach me things because it made me feel less than and I assumed that they were categorizing all my flaws in their head. This left me embarrassed and ashamed and rather than try anything new, I simply wouldn’t do it at all.

Obviously, my “perfect” facade was stripped away almost immediately when my family and friends found out about everything I had been keeping secret for so many years. It was like 215457345 mistakes compounded on top of each other that caused me to suddenly not care at all about how I looked to others. There was really nowhere to go but up and so I set my ego aside and let others help me.

I learned how to feel feelings. I learned how to express myself. I learned how to be an adult and start talking to collection companies after I stopped paying my bills. I did all of these things and more by admitting that I didn’t know everything. I let people who had been there before me give me advice and information about how to do the things I didn’t think I could do.

And guess what? No one judged me. No one said “I CAN’T BELIEVE YOU DIDN’T KNOW HOW TO DO THAT.” They simply passed their information on to me and I learned all sorts of new skills and ways of dealing with situations. I made mistakes and I picked myself back up and did it again. That’s when I learned that you shouldn’t fear mistakes and that in the end, they’re often good for you.

If you never make a single mistake, you’re likely staying in your comfort zone. You aren’t trying new things, new experiences, and new challenges. That, or you’re just really, really good at absolutely everything. 🙂

Mistakes mean that you’re trying something you may not be comfortable with and that you might not get it the first time. To me that’s really brave.

With every mistake comes a chance to learn. What went wrong? What can you do differently next time? What do you need to change to succeed going forward? Every failed relationship I had was a huge learning experience and a chance for me to learn something about myself. Picking someone who went against a lot of the things I was looking for in a partner was probably a mistake, and from that I learned what I wanted going forward.

Rather than get down on yourself for making a mistake, simply view it as a chance to learn. Ask yourself those questions, get up, and try again!

They help you not take life so seriously

Mistakes can be funny. They’re an opportunity for you to laugh at yourself and realize that it’s not the end of the world. If I ever call someone by the wrong name in a class, I don’t freak out and make myself feel bad, I simply laugh about it and correct myself. There’s not enough time in life to wallow in self-deprecation. Laugh it off and move on.

Here’s why you shouldn’t fear mistakes. Just pick yourself back up.

27 comments on “Why You Shouldn’t Fear Mistakes”