Weekend in NYC - Erin's Inside Job Skip to content

I have my weekend recap coming at you a little later this week because Sunday I didn’t get home to Chicago until midnight — way past this girl’s bedtime.

In case you missed it, I flew out to NYC Friday night for Neil’s cousin’s bridal shower. It wasn’t until Sunday, but I wanted to hang out and spend some time with his cousins. I didn’t get back to the house until 1 am on Friday which is a whole other story — just make sure to account for construction if you fly into Laguardia any time soon.

Saturday there was nothing on the agenda, so the cousin I was staying with and I decided to head into the city from Queens after a leisurely breakfast. I’d like to say it was her idea, but I really had my heart set on some donut exploration.

We headed to Chelsea since there were two places I wanted to try. Before donuts, I ate this monstrosity of a bagel sandwich. I was disappointed by the fact that I wasn’t able to stack and hold the two halves. I blame the bagel. 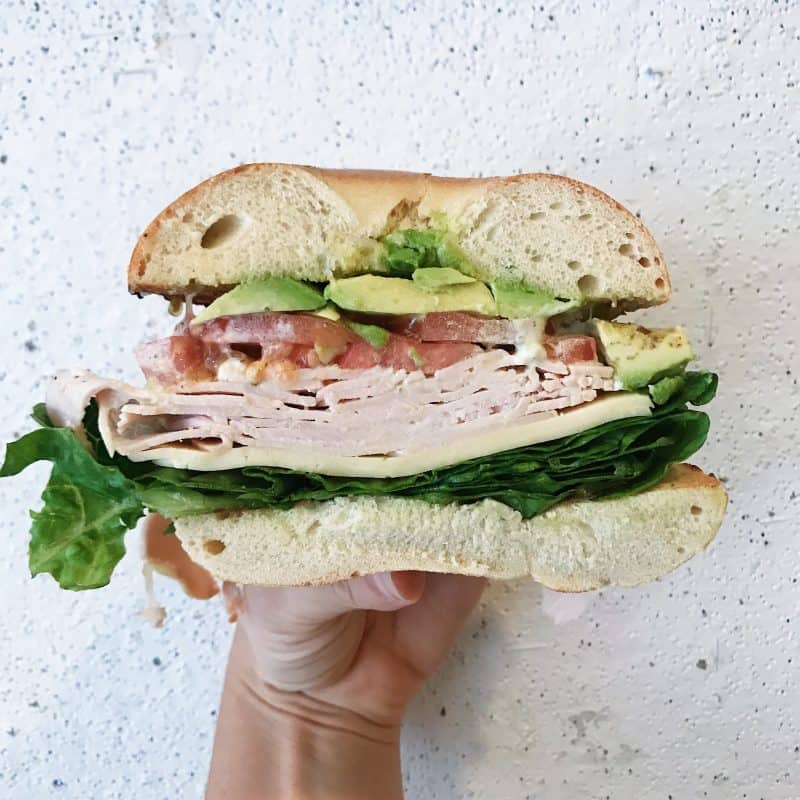 After lunch, we stopped at Hu Kitchen because I have heard so much about it. Unfortunately, I was super full from the bagel, but I really wanted to buy some of their chocolate that I had had at Expo West. I didn’t think I could get it in Chicago, but then found out that Harvest Juicery carries it (if anyone local is interested). 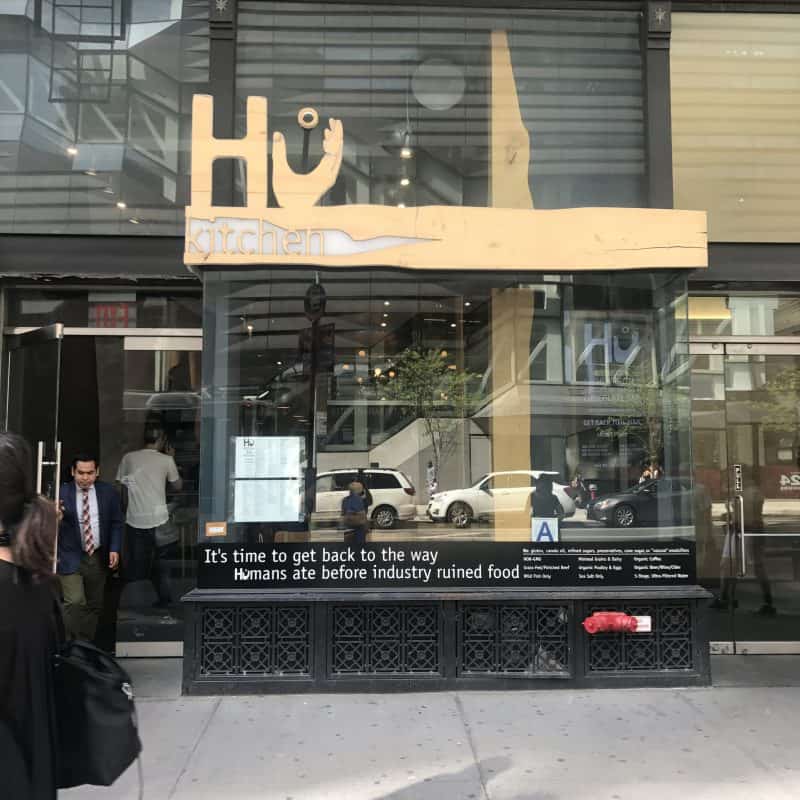 I also got some ginger kombucha on tap which was amazing. 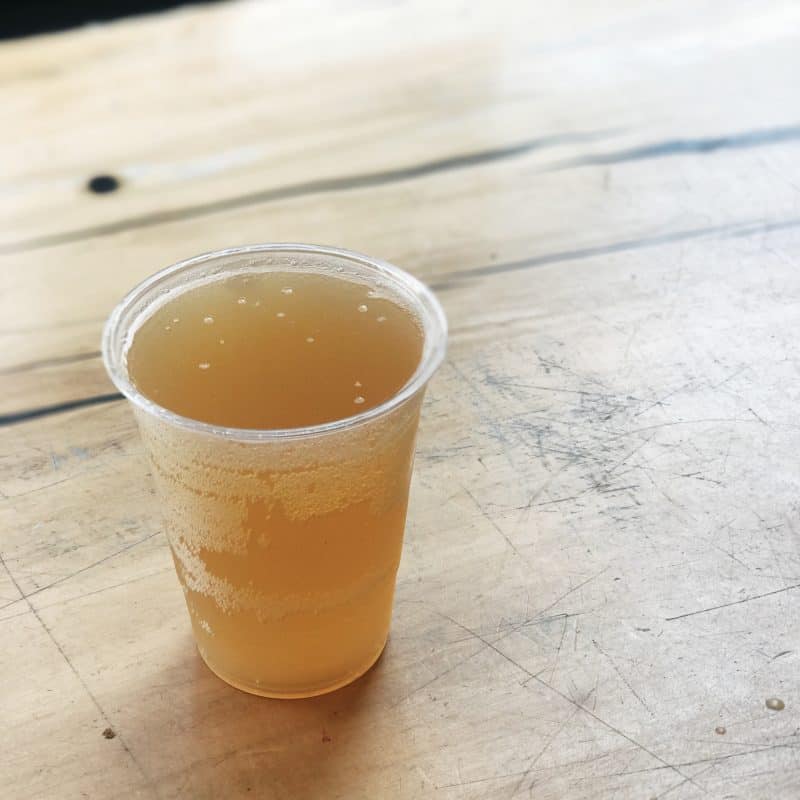 I can’t remember which one I liked best when I tried them, but I think it was the cashew butter one. I ate so many donuts this weekend there wasn’t even room for chocolate yet. 🙂 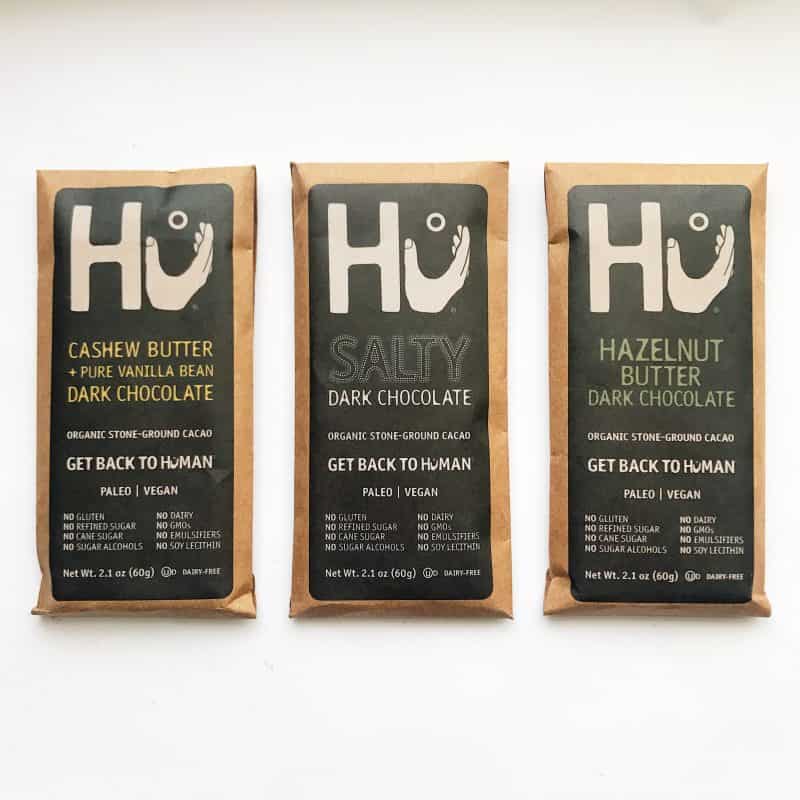 The two donut places I wanted to try were Dough and Doughnut Plant. There were several others that were on my list, but logistically it didn’t make sense and this is just another reason to go back.

The dounuts at Dough were HUGE. I had intended to get at least six at each place, but settled on four here because they were overwhelming. 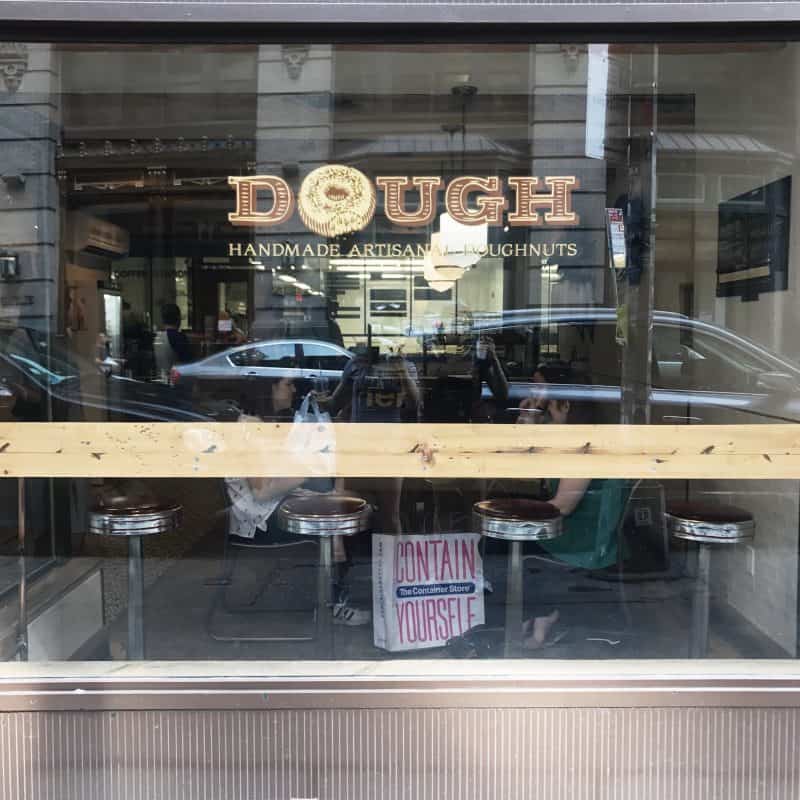 I got four flavors — blood orange, chocolate salted caramel, hibiscus, and horchata. The flavors are amazing, but I was slightly disappointed in the donut to frosting ratio. They were so thick that I felt like I was filling up on a lot of bread in a little time.

Someone told me that they have smaller versions of their donuts which I didn’t see, but maybe that would have made a difference. The flavors were amazing though so I would definitely try them. 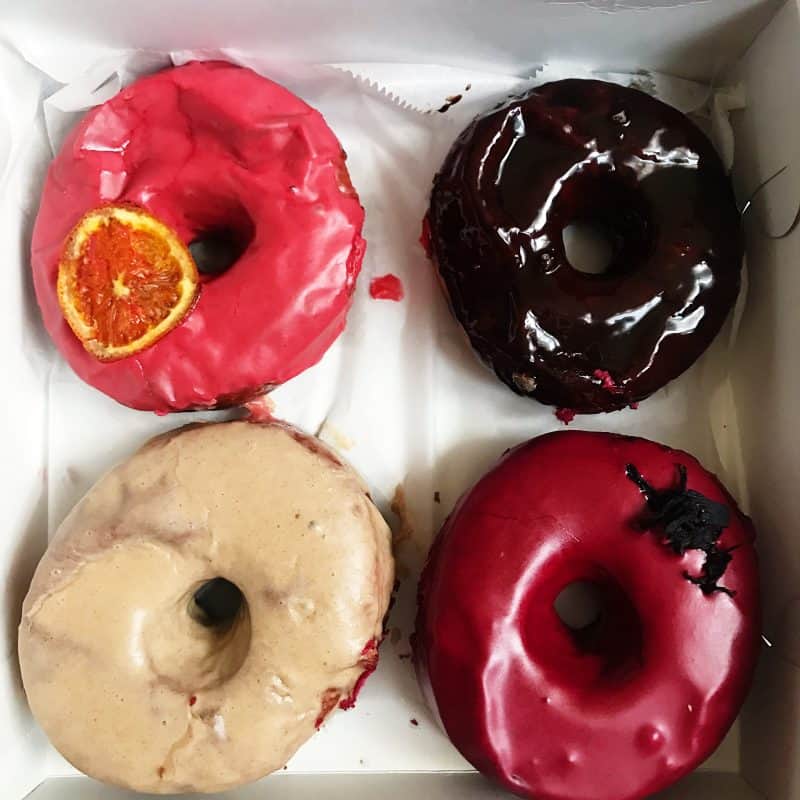 My last stop on the way back to the train was Doughnut Plant — a store that has been hyped for the aesthetics of their donuts, but I had heard weren’t as amazing taste-wise.

Let me tell you these donuts were on point. 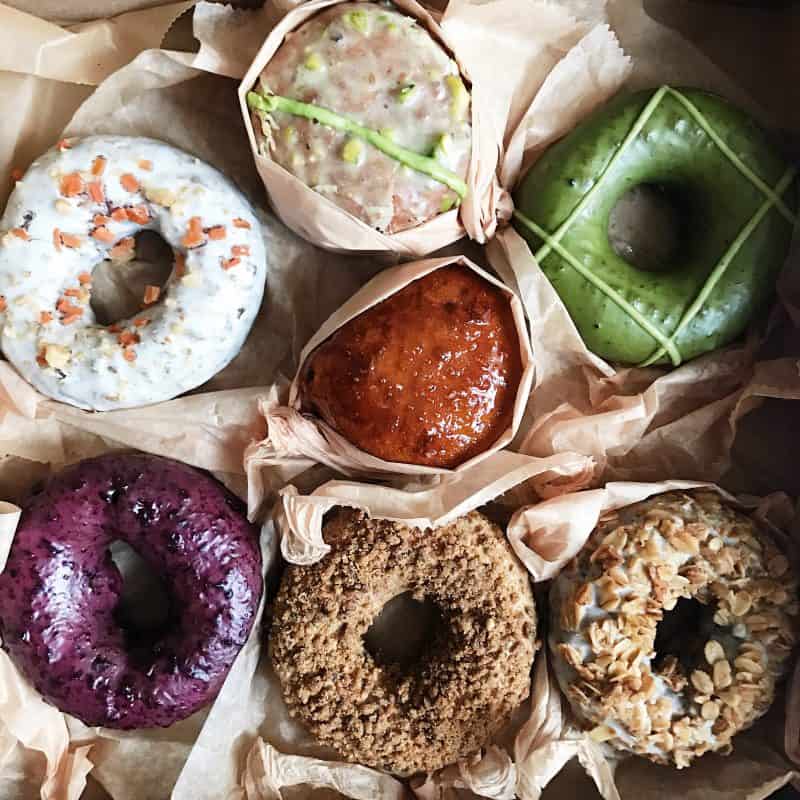 My favorite was the coffee cake (which I almost didn’t get) because it had mascarpone in it and also tasted like COFFEE and not as much like cinnamon cake which is what I was expecting. Definitely my favorite donut there. 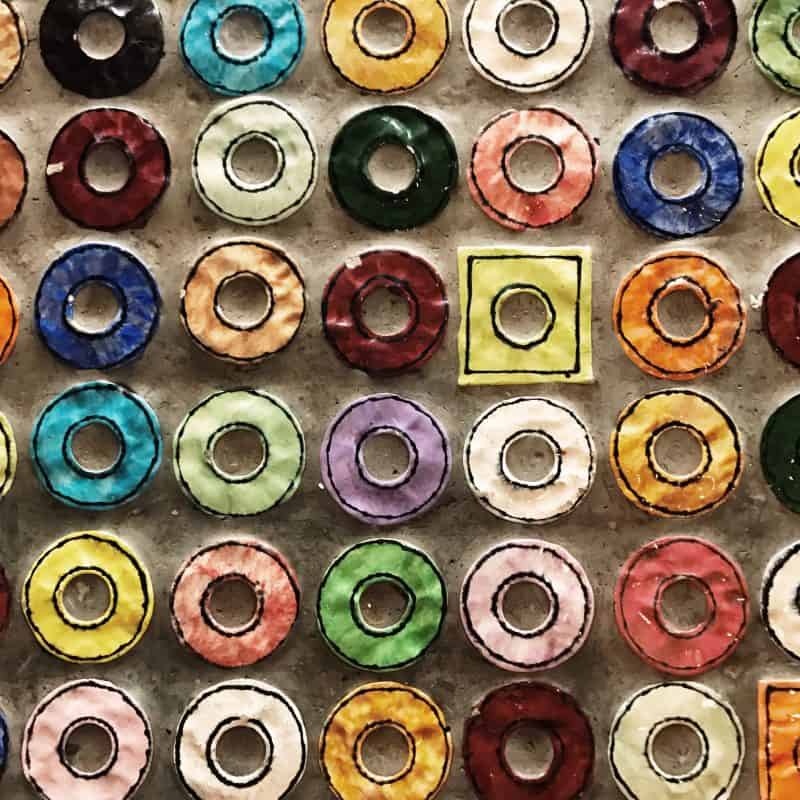 Saturday night was running errands, meeting up with the bride and her friend for a dinner (and those donuts), then off to bed.

Sunday was the shower which was held at a Mexican restaurant called Besito in Roslyn.

I had no idea what to expect from where we were going, but it was in this small, adorable town on the water. It was like we went back in time as we drove by antique stores, and old fashioned movie theater, and a line of small shops along each side. I loved it. 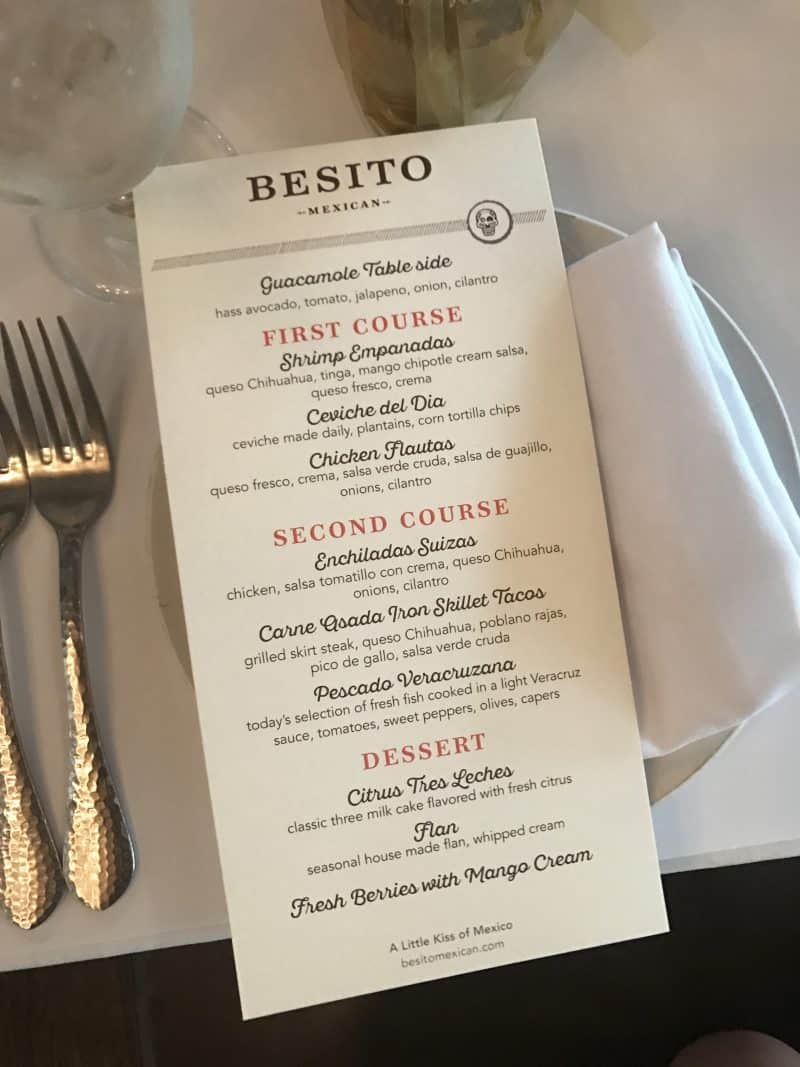 I gorged myself on tableside guacamole and was almost completely full before the first course came. 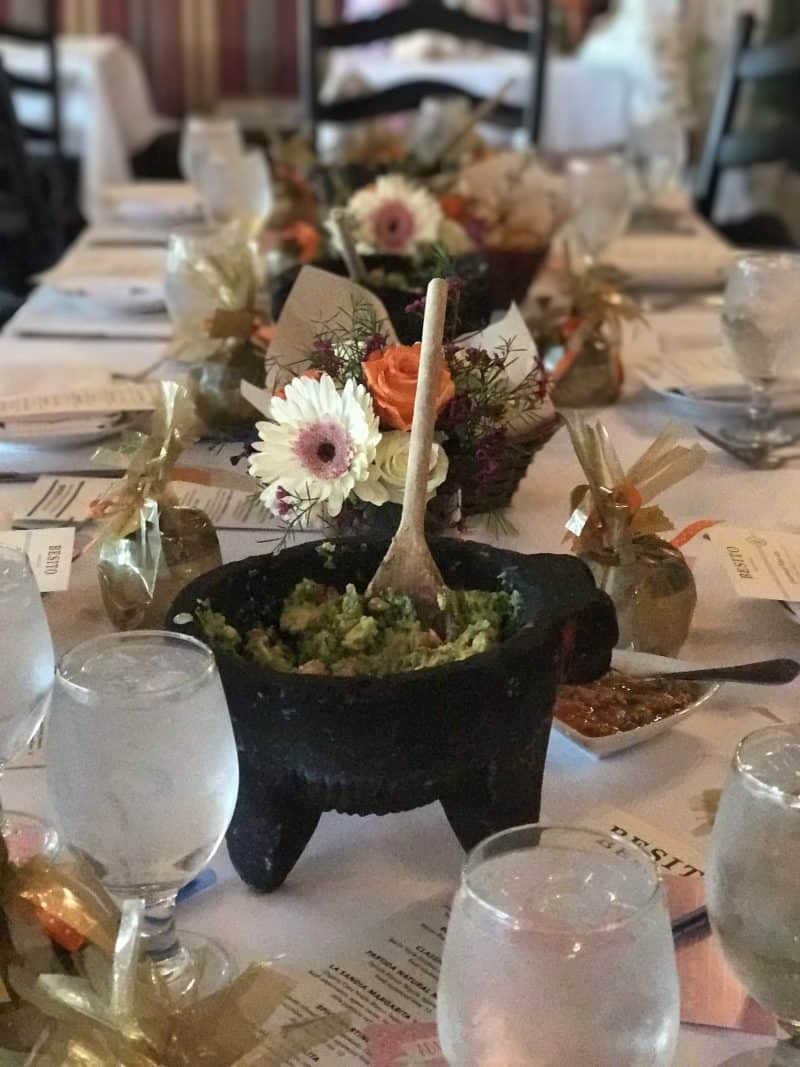 Obviously the lighting inside wasn’t great, but I was able to snag a picture with the bride. 🙂 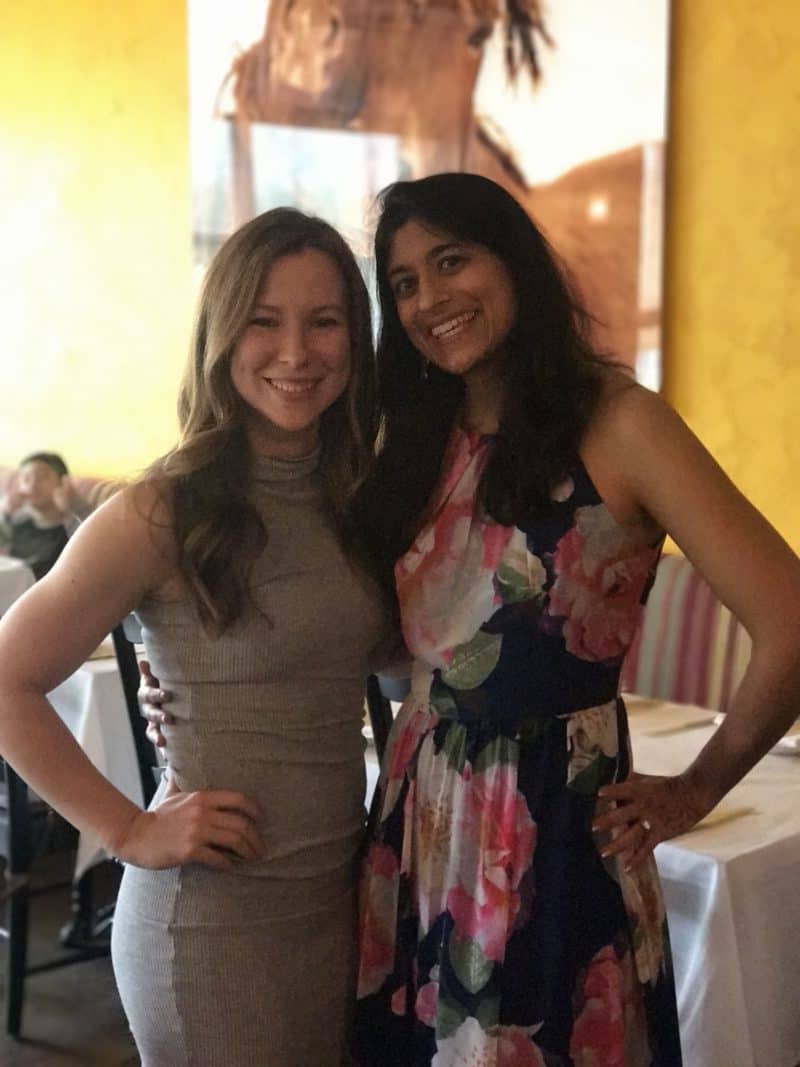 I forced them all to take another shot outside where it was freezing — a big difference from the sunny 80 degrees of the day before. 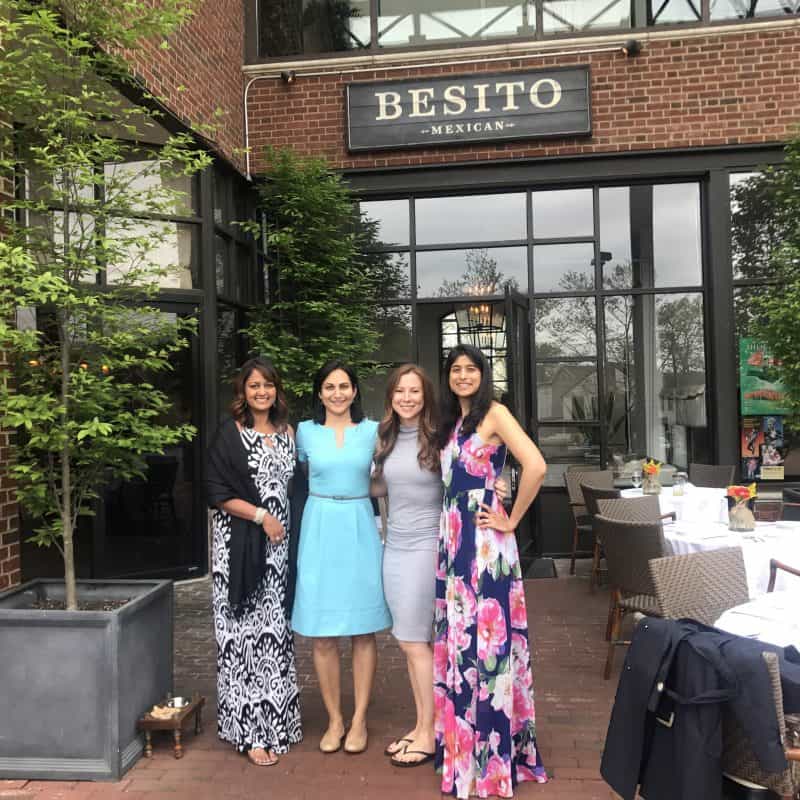 We headed back from the restaurant, spent some more time with family, then I headed to the airport. My flight was delayed and I didn’t get home until around midnight, but I’m home and back to work for the next three days before flying out to Utah for the Everything Food Conference this Thursday!

I hope you all had a wonderful weekend and an even better week this week!

9 comments on “Weekend in NYC”