Six Months With Donut - Erin's Inside Job Skip to content

Get ready for a lot of pictures guys.

We’ve physically had Donut for six months now, but as she was six months when we got her, she’s officially one year old this month. I wanted to take today to share a little bit about what these last six months have been like. 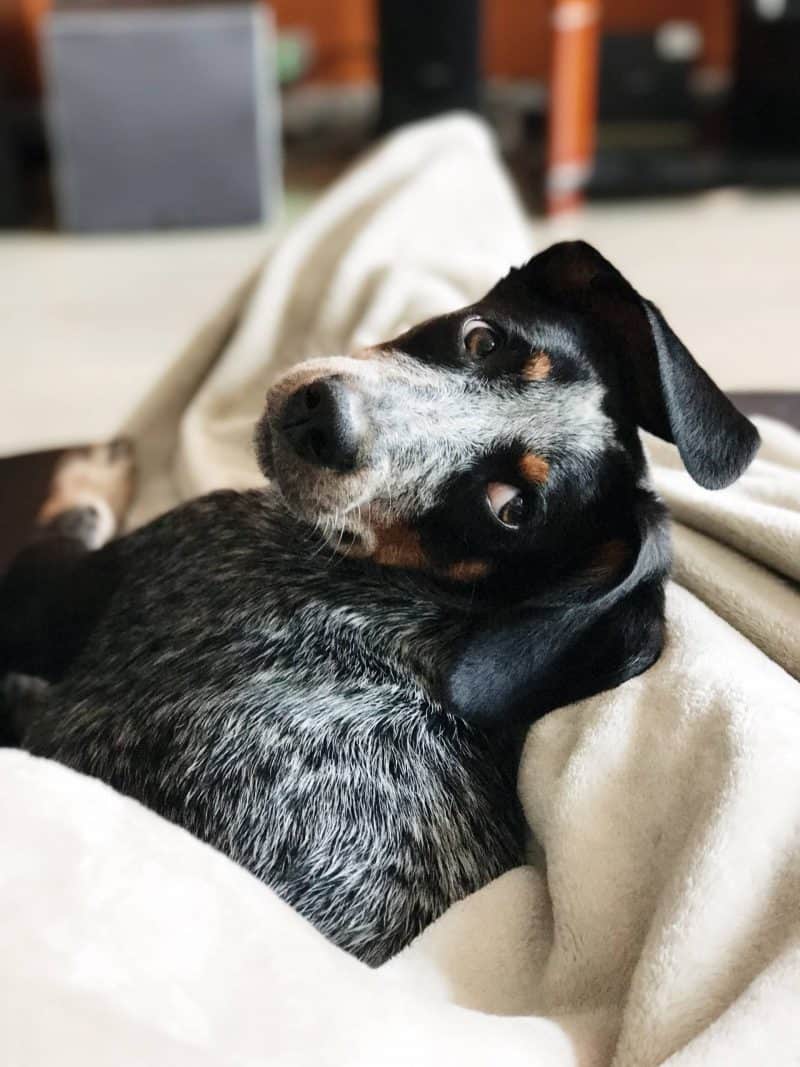 This was our first picture together after the adoption was official at PAWS here in Chicago. Neil had gone all the way home to get the car since we took the train and foolishly said we wouldn’t be getting a dog that day (come on…). In case you’re just joining in, Donut is half Australian cattle dog and half coonhound. 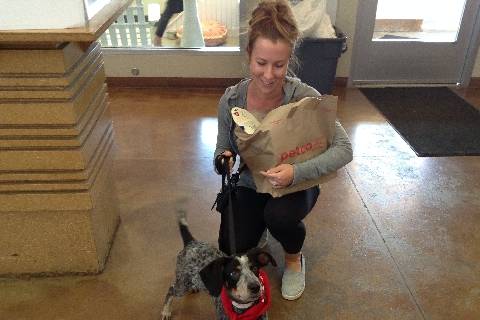 I proceeded to take copious amounts of pictures of her, only about 1/10 of which you’ll see here.

We started off having her sleep in her crate until we decided she was too cute and we wanted her around us at all times. The first night she slept in the bed she fell out and we had to make an emergency trip to the 24 hour vet.

She only had some soft tissue swelling on her paw, but she made the saddest sounds I’ve ever heard when she hurt herself. 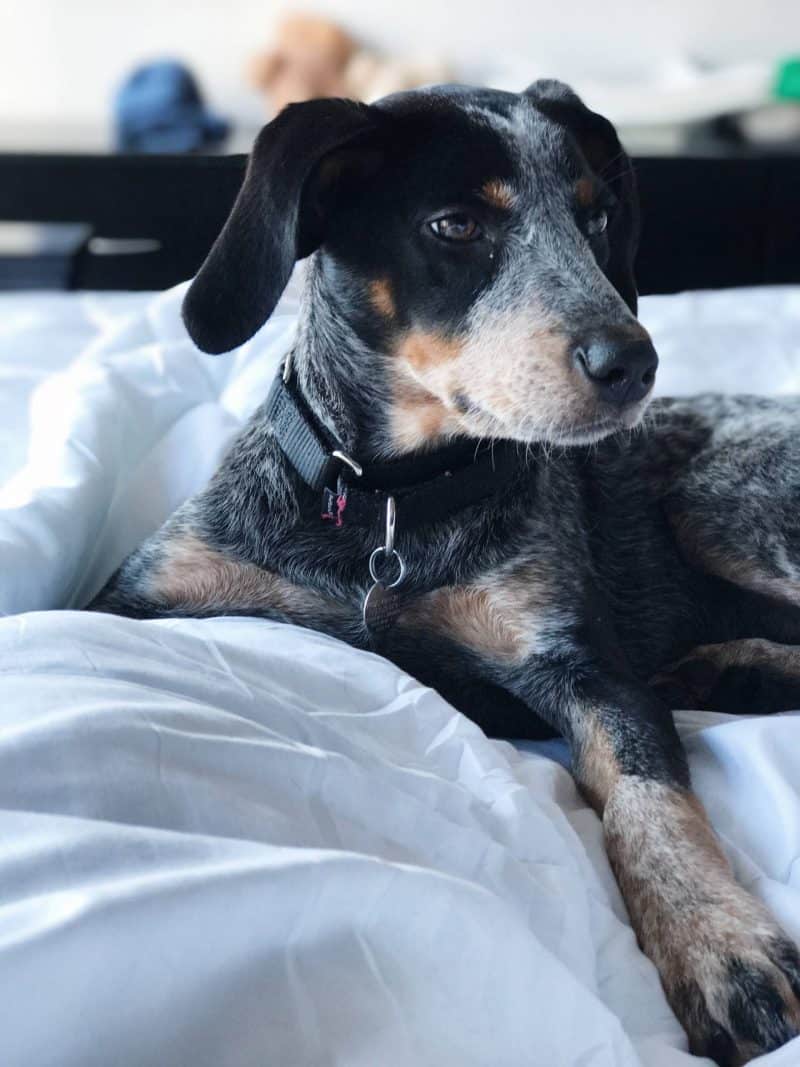 The first month or two were hard for me for two reasons — one, I had a little difficulty attaching and two, because Donut decided that she loved to bite me. This was a behavior that she didn’t exhibit with Neil, but I literally couldn’t sit anywhere near her or she would lunge and bite me — hard. My arms were covered in bruises (which you can somewhat see in the picture below) and I often found myself leaving the room upset to get away from her.

People I talked to and articles I read said that she may view Neil as the alpha and be treating me like a litter mate – playing rough and biting. Nothing worked to stop her until we tried using a spray bottle with water. Pretty soon the habit broke and I was able to hang out with my dog. THANK GOD. 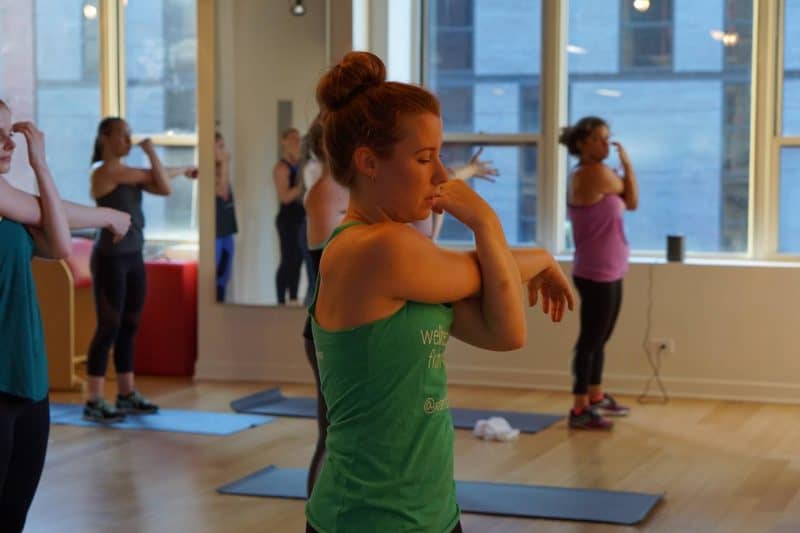 This picture is from the first time she wanted to hang out with us. Normally she would sit on the other side of the couch from where we were or on the “throne” that Neil had made her in the middle of the room. This day she crawled on top of us on the couch and fell asleep. Guys — SHE’S SMILING. 🙂 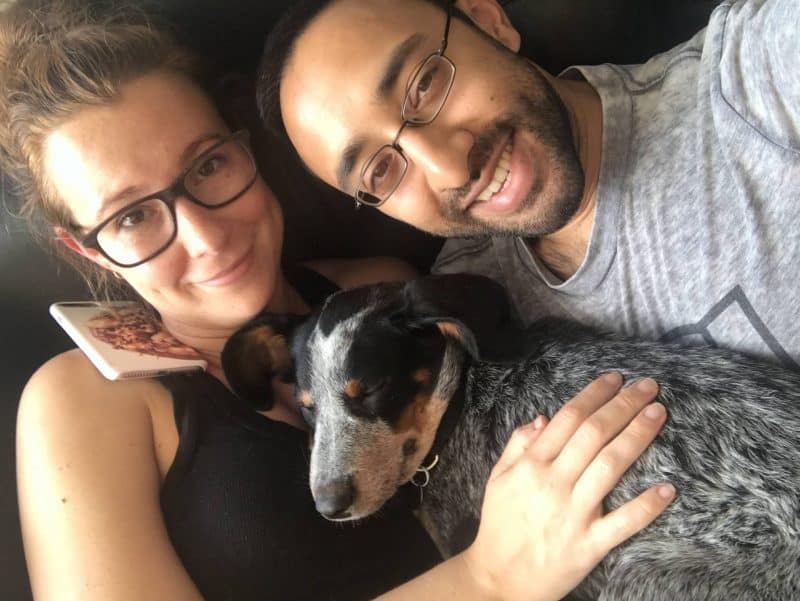 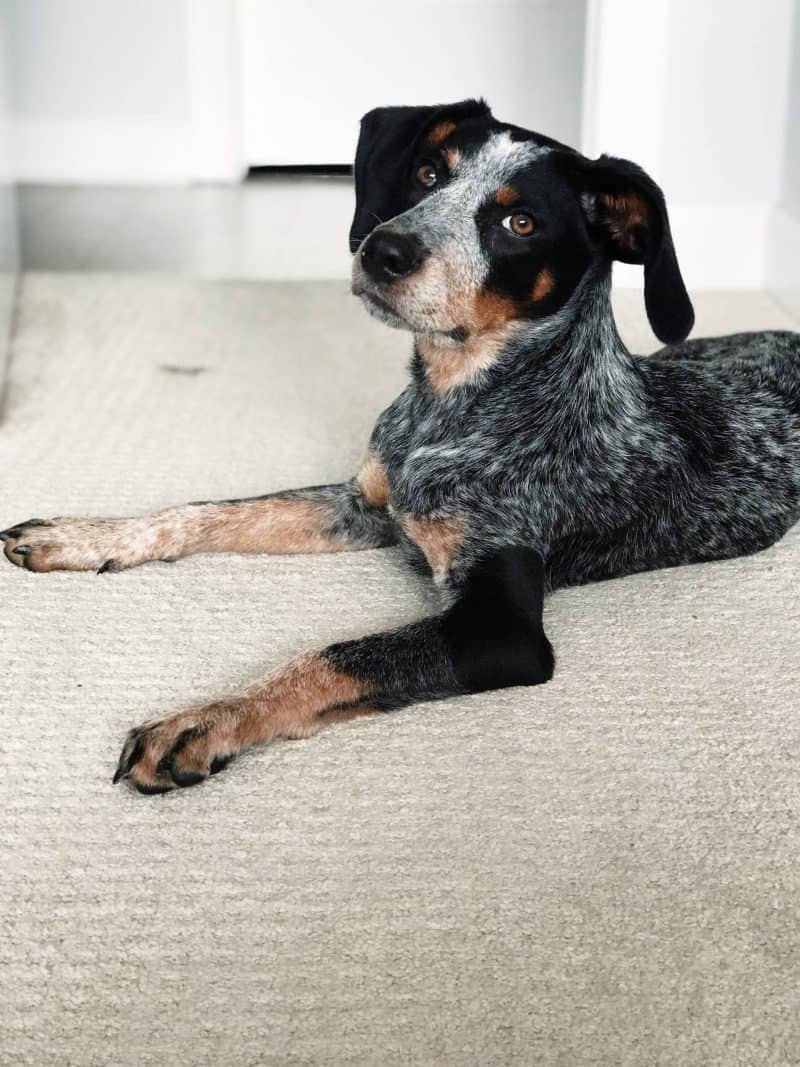 Donut is the most eccentric dog I know (granted, I only have a couple more to compare her to).

One day she is scared of random things like the kitchen or hallway, the next is over them, then the following day the fear will be back. There’s no rhyme or reason that I can see to what freaks her out, but it’s highly entertaining.

She likes to spend a lot of time under the bed which is both cute and frustrating when trying to go to sleep. I would leave her under there to sleep, except she starts talking and whining like she wants to come up on the bed. As soon as I took this picture, I knew she was my spirit animal. 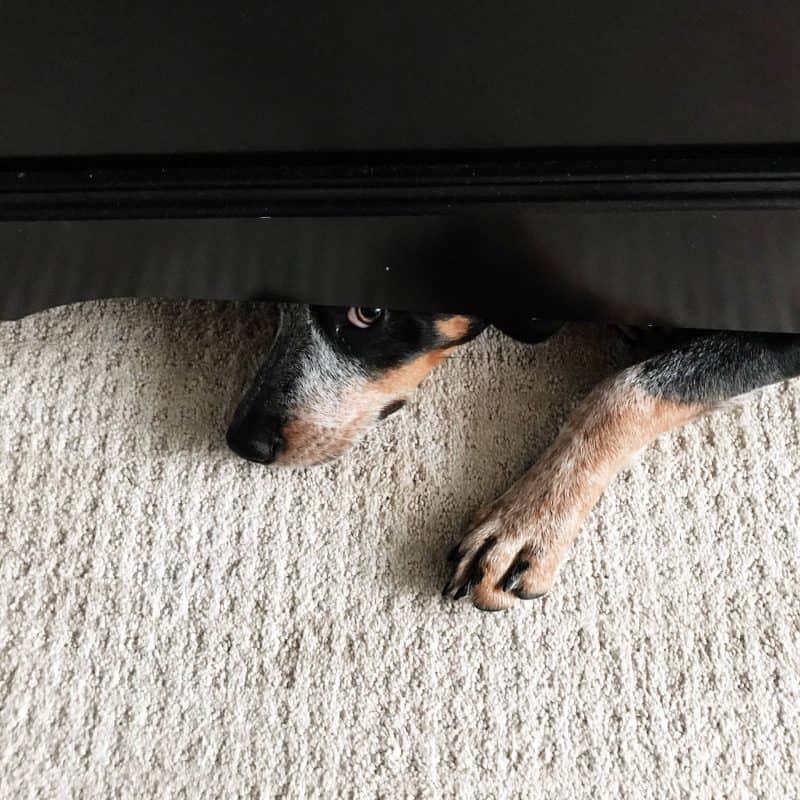 She is also a very vocal dog. She lets us know when she wants a toy, when she’s hungry, when she wants to go outside, etc. She has a wide range of noises that I assume she gets from her hound side and are often documented on my Instagram stories. 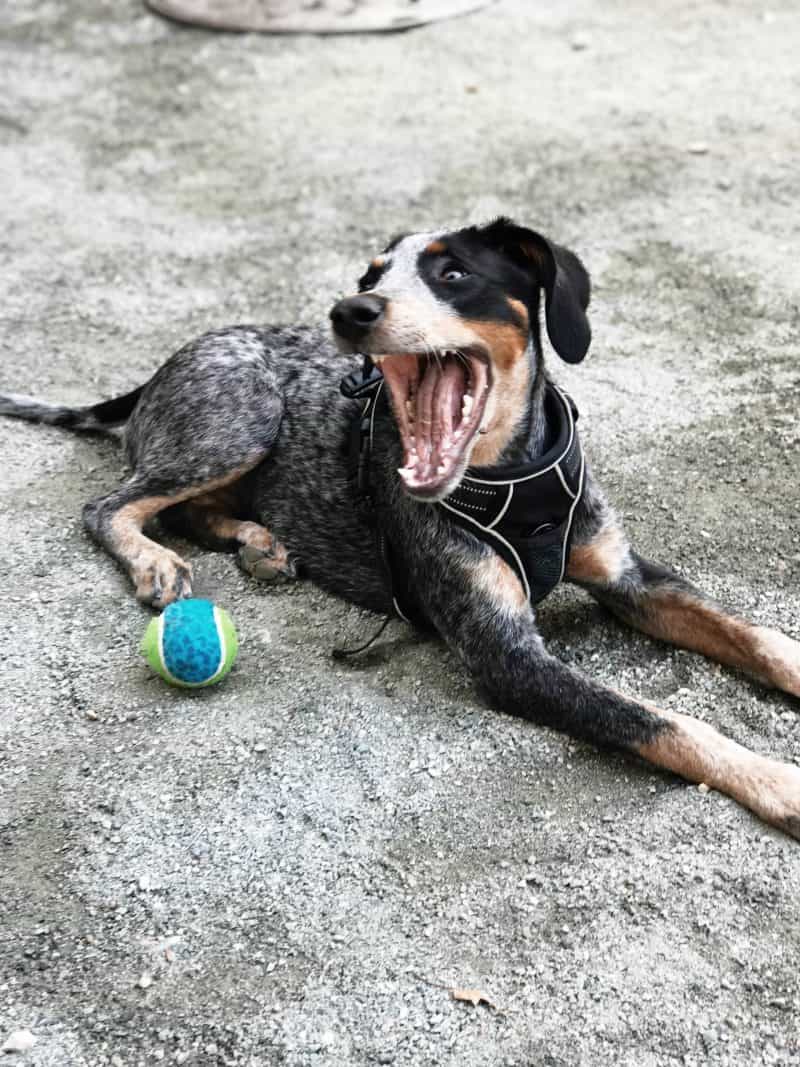 As much of a weirdo as she is, I love her to pieces. 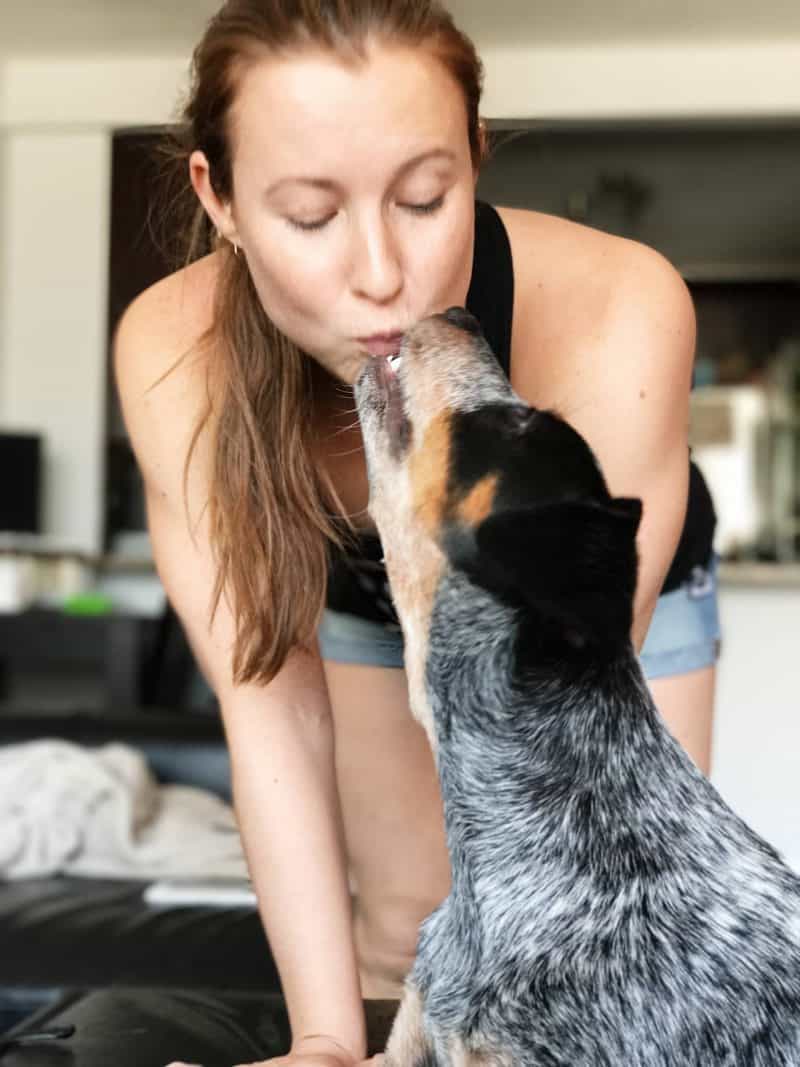 And I can’t stop taking pictures of her (the first two below are credited to Neil though). 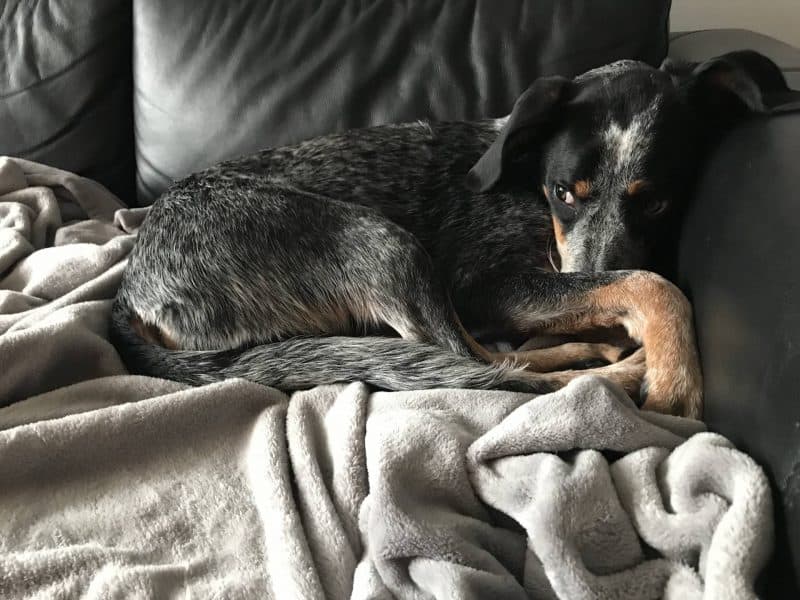 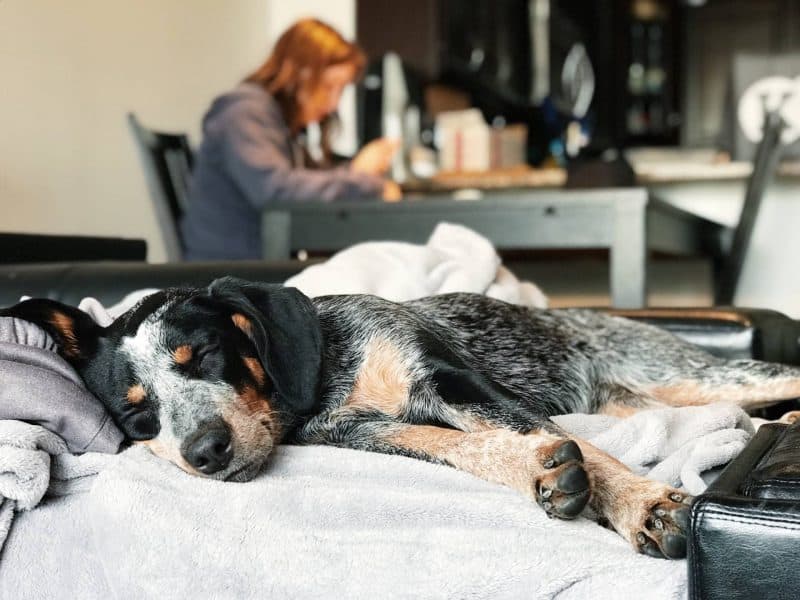 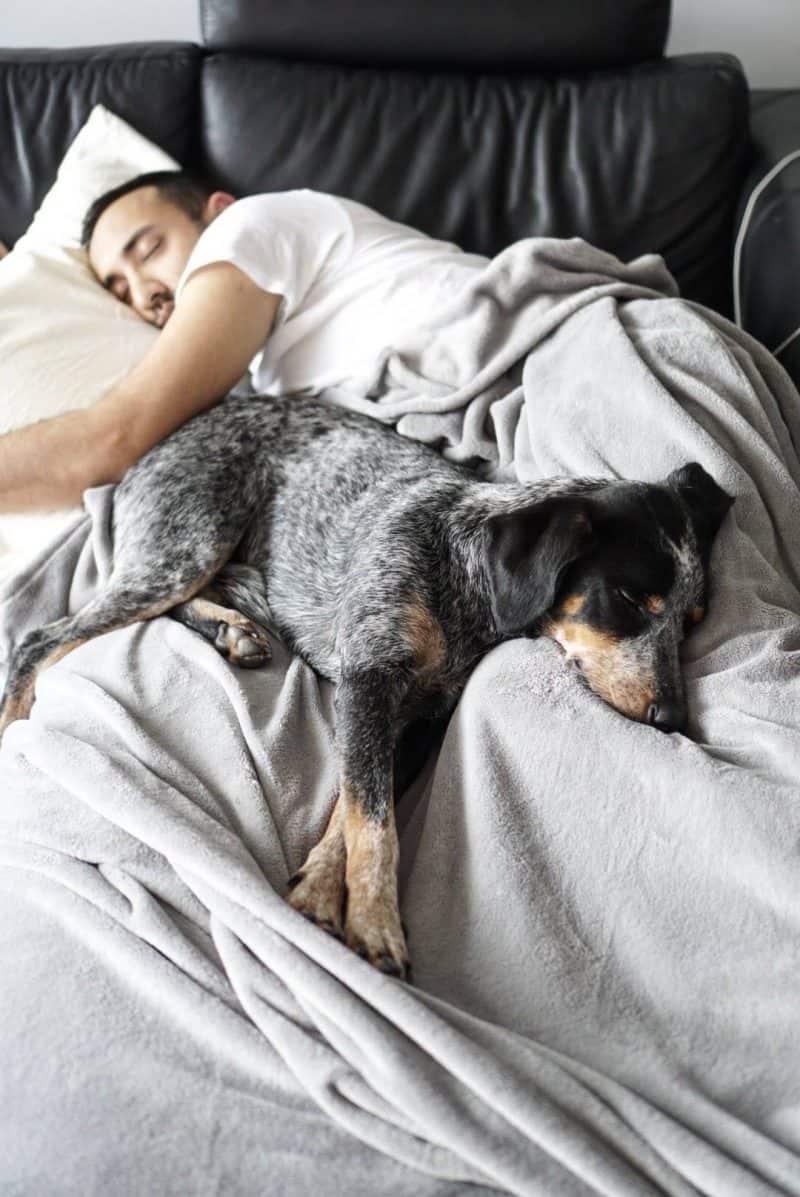 She experienced her first snow this winter and although at first she wasn’t sure how she felt about it, subsequent trips involved a lot of pulling and pouncing through it. 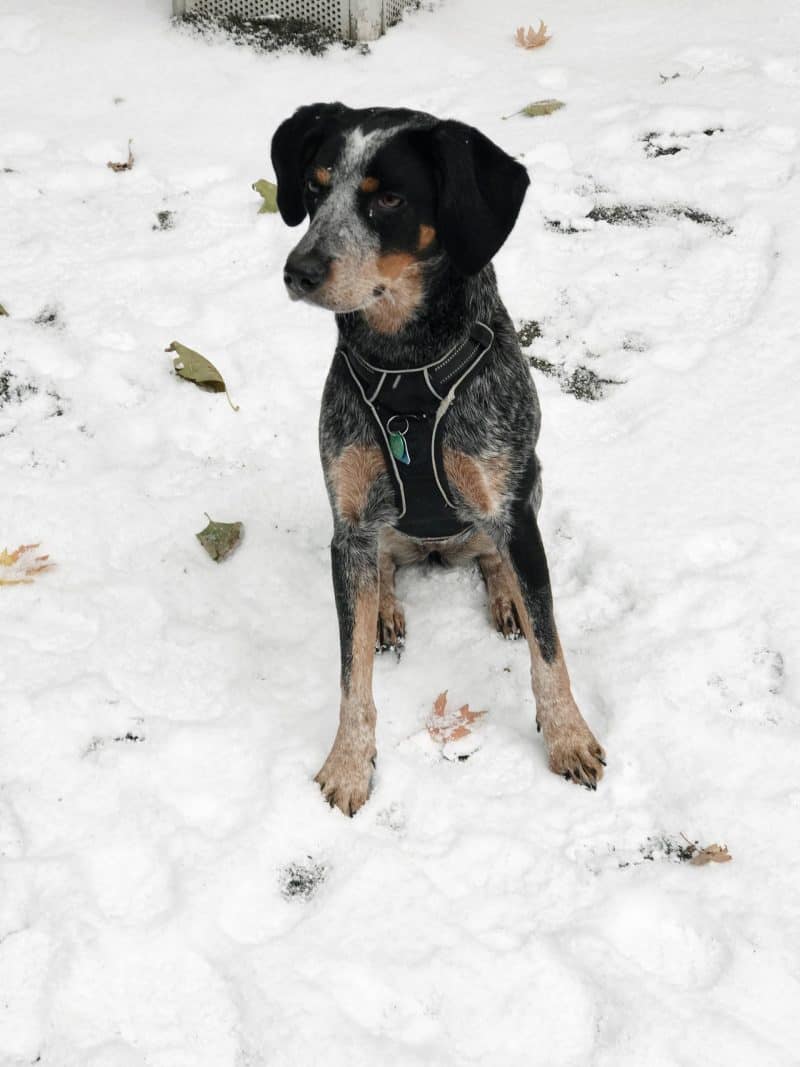 Basically, she’s a great dog and I’m glad to have her. I’m looking forward to what the next six months brings. 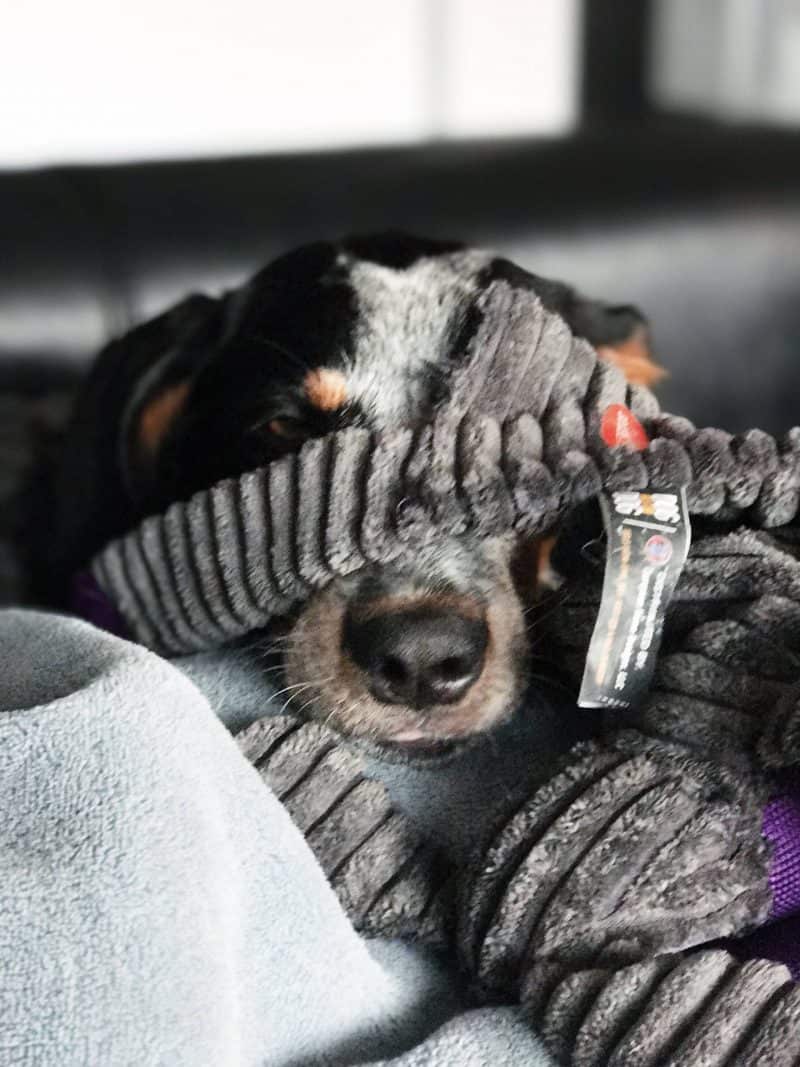 8 comments on “Six Months With Donut”