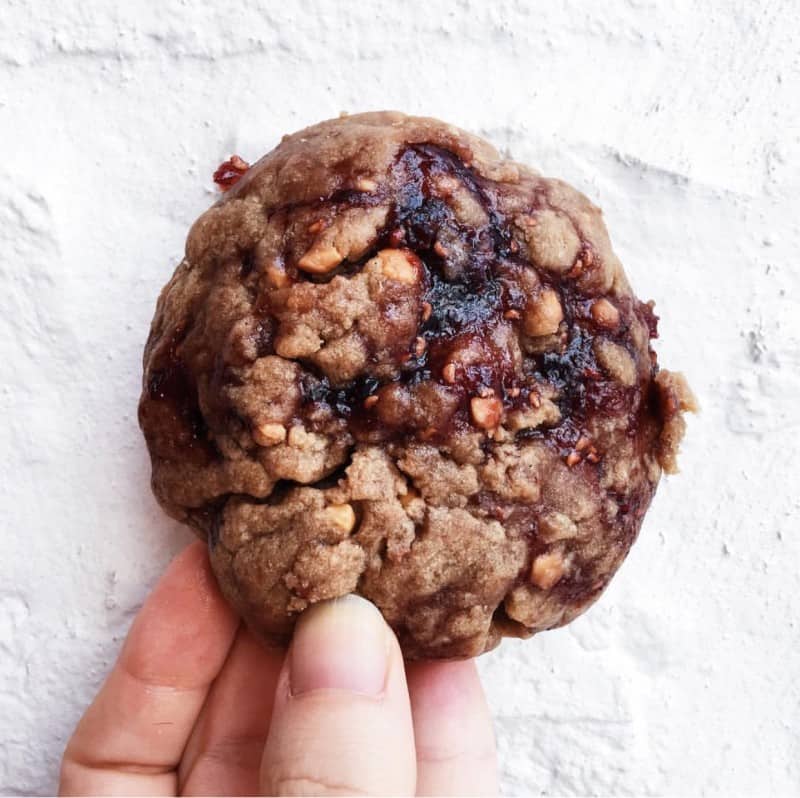 When I learned that I had the ability to stop labeling habits as good or bad, it was revolutionary to me. It unloaded shame, disappointment, and anxiety that I was putting on myself. But I still hear it from others all the time.

Something rubs me the wrong way every time I hear that phrase. Even though each person references his or her own habit, the phrase leaves me feeling shameful, disappointed, and less than. I can’t even imagine how it makes them feel.

One of the characteristics of an addict is very black and white thinking. I have to work really hard to find balance because my comfort zones lie on two completely opposite sides of a spectrum. It’s very easy for me to slip into an all-or-none mentality like I did with exercise and food in early recovery.

Sidenote: I’m not saying that if you also struggle with black and white thinking, you’re an addict. If you’re drinking by yourself every night, however, shoot me an email. 🙂

Anyway, another favorite of mine was labeling everything as “bad” or “good.” That’s really the only way I understood things and was able to make my overwhelmed brain happy. The only problem with that way of thinking is that some things just are and don’t actually require this type of categorization.

The following is why I feel we should stop labeling habits and what we should do instead. It’s based on my experience and my opinion (although I did get my psychology degree in three years so I think that makes me a world-renowned therapist??). Anyhoo, here’s my two cents:

As I’m sure you’re aware, I enjoy desserts. They are magical and wonderful and I will not remove them from my life. I hate when people say they have a bad habit of eating something sweet before bed. Statements like these are how I started to spin down into all sorts of disordered eating.

I would hear things like that over and over again and assume that having a square of chocolate AT ANY TIME was bad. Eating after 7 pm was BAD. Having a craving for ice cream and eating it was HORRIBLE.

The word “bad” brings a lot of shame. With shame comes feelings of worthlessness and disappointment. What helps distract people from feelings of worthlessness and disappointment? CHOCOLATE. ICE CREAM. (insert yours here). I would feel bad that I enjoyed a dessert, which would make me more likely to “enjoy” said dessert again. I use the term “enjoy” quite loosely here, as I would ultimately feel awful for eating it when I was done.

2. It places arbitrary values on behavior

Labeling habits as “good” or “bad” implies that one is better than the other, when in fact neither is true. Many habits are assigned a “bad” value such as late night snacking, swearing too much, being late, etc., but if they’re not causing you any consequences that you perceive as negative, they’re really just behaviors.

It’s easy to see why “bad” labels can be detrimental, but “good” can cause just as much damage. Take the above example. This person probably feels happy and proud for being able to regularly exercise 5 days a week. What happens when something comes up and they’re only able to exercise 3 days a week? Because the “good” standard was set at 5, losing those two days may make that person feel disappointed or like they’ve failed (which is nonsense).

What one person may consider a bad habit, another may not even pay attention to day to day. By creating an umbrella label of “bad” over one specific behavior, it can cause other people to experience negative feelings that they never would have had.

I learned through repetition that “procrastination is a bad habit.” During my time in school, it caused me to look around at my peers and view those people who didn’t procrastinate as better than me. “If only I could get things done early, then I could feel better about myself.” I became stressed out because as often as I tried to force myself to do things early, it wasn’t in my nature and I would feel like a failure if I ended up waiting.

It wasn’t until MANY years later than I realized there’s nothing wrong with procrastination. I always got my work done, I just did it closer to the deadline than other people did. I realized that I operate better under a little more pressure and that’s completely fine. There was nothing good or bad about it. I had been taught to try and change something that was never causing me any problems in the first place. 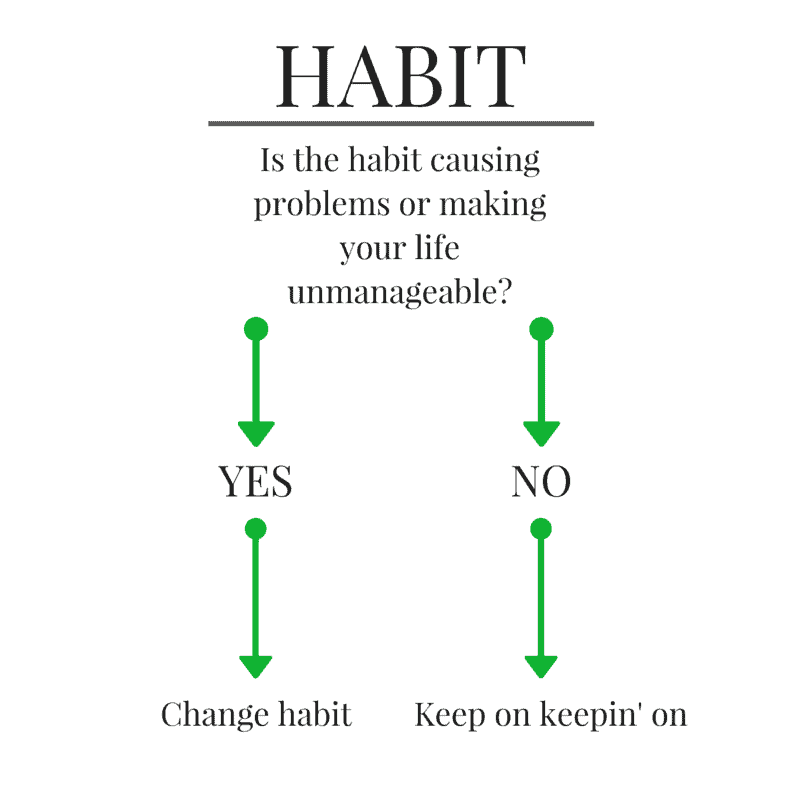 Think of habits simply as behaviors. Now ask yourself one question:

Is the habit causing problems or making your life unmanageable?

Ultimately, habits are personal. Take a look at how they are affecting your life. If you are constantly late and friends stop wanting to hang out with you or you suffer job-related consequences, that may be a motivation for you to change that habit. If you are gaining more weight than you’d like by snacking mindlessly throughout the day, it could be time to take a closer look at your patterns and change some things around. Just stop labeling habit as good or bad.

Simply being aware of your own behaviors without a value attachment will help you be more accepting of yourself. Take the time to think about your life today and ask yourself if you are happy and content or if there are habitual behaviors that you may want to change. If so, that doesn’t make you or them bad, it just makes them ineffectual and unnecessary to how you want to live your life.

See why it’s important to stop labeling habits as “good” or “bad.”

What other advice do you have on how to stop labeling habits?