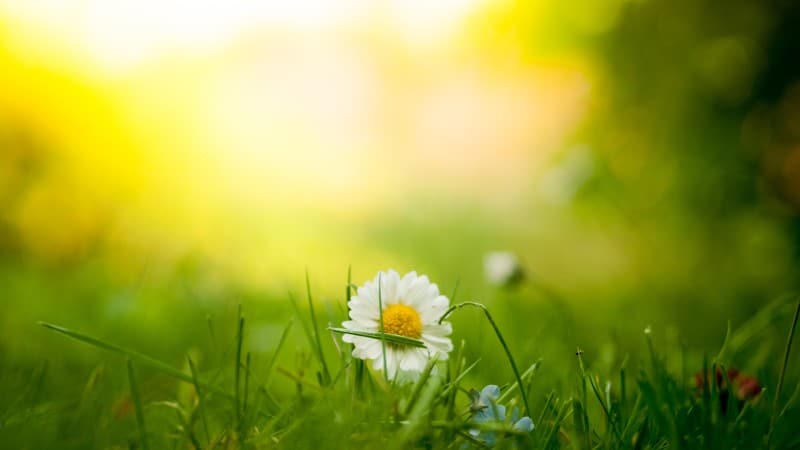 It’s been about 8 months since I started antidepressant medication.

As you all know, I exercise regularly and eat well (most of the time), but those two commonly first-line prescriptions for depression didn’t work for me. I also believe that I had anxiety issues, but we tackled the depression first.

To read some more backstory:

If you want the TL;DR version:

The first two weeks were actually worse than before I started.

*Very, very, very important piece of advice — do NOT Google other people’s experiences with antidepressants on the internet. We laugh about it for our common medical conditions that tell us we have cancer, but when you’re dealing with a mental illness and you’re scared and you feel even worse, talk to your doctor. Do NOT talk to the internet. Seriously.

I tried to keep in mind that the people most likely to talk about their experiences online would be those whose experiences were negative. If you started medication and it worked for you, why would you spend time writing that in a forum instead of enjoying your new found freedom? Still, I was very discouraged and I want to make a point of that in case anyone thinks you start and it’s all roses. There’s an adjustment period. There may be some side effects. It’s normal.

I messaged my doctor about what was going on because I was so freaked out, but she urged me to give it a little more time. For someone who likes immediate results, this wasn’t easy, but I stuck with it. After about two weeks, I started to balance out.

It’s now been almost a year and I wanted to share the biggest changes I noticed after starting antidepressant medication.

Please keep in mind that this is my experience. Depression and anxiety are different for every person and what works for one may not work for another. In the spirit of transparency, I want to make sure I talk about my experiences in the hope that the mental health stigma is lessened and someone may be able to relate. If you or anyone you know may benefit from this, please share!

I had no idea how suffocated I felt until I was no longer suffocating. Does that make sense? Once the introductory period wore off and the medicine actually started working, I felt like I could live. A lot of the following changes I experienced made me realize just how much anxiety was ruling my day to day actions.

It’s like when you’re trying to come out from the water to the beach, but the steps are hard because you’re sinking in the sand and being beaten by waves simultaneously. Starting on medication brought me out of the water and onto the shore. That’s really the best way I can think to describe it.

2. The phone is not out to kill me

I was TERRIFIED of phone calls. I got used to making them during my admin days, but I didn’t like it and I still had to work up the courage to do it. Don’t even get me started on incoming calls. If it was a number I didn’t know, I absolutely didn’t answer it and if they didn’t leave a message I would obsess over who it was (but never call them back). Even if it was someone I knew, I would stare at the caller ID while I decided whether I had the courage to answer the phone and have a conversation or if I’d have to wait and call them back when I had my wits about me.

After starting antidepressant medication, for the first time in my life, I answered calls from numbers I didn’t know, called all sorts of people, and suddenly had no fear surrounding the telephone.

It may be a no-brainer that going from depressed to not depressed will bring about more energy, but I wanted to include it anyway. Last summer I could barely get the laundry done and I took naps almost every day of the week (now they’re just saved for weekends). I had to give myself a pep talk to actually walk the laundry downstairs once a week and get it done.

Without medication, I’m not sure how I would be able to handle my schedule. I’ve written before about how I’m often up before the sun and also see some clients after work hours. With all that running around, there’s no way I would have been able to do it if I hadn’t made some serious life changes.

4. Everyone is not talking about me

I was perpetually concerned that people didn’t like me, were judging me, or could see through me as some kind of phony. As often as I told myself I wasn’t the center of the universe and it didn’t matter what people thought about me, I just couldn’t shake the fear that people saw me the same way I saw myself: less than.

Today I finally feel comfortable in my skin. I do the best I can each day, show up, and don’t berate myself on a constant basis.

Along the same lines at my phone phobia, I was scared to death to talk to people. Social situations where I knew only a few people (if any) were my hell and I couldn’t make small talk to save my life. I blamed a lot of this on articles I read about being an introvert and excused my behavior because “all introverts get tired from social interactions.”

I’m still an introvert, but now I can carry on conversations with complete strangers. This is helpful in the Midwest, where strangers talk to you on a regular basis (why??).

Once I stopped being paranoid about everyone thinking I’m awful but not telling me, many things around me improved. This included my teaching. I was able to show up with a new look on life and invest more in every member that showed up to my class. My personal training also became substantially better as I was able to connect and converse better with clients instead of taking a minute before each session to give myself a pep talk about how I was strong enough to get through it.

Ugh this one was a vicious cycle. I took EVERYTHING personally, even things that had nothing to do with me. Everything was somehow my fault because I wasn’t good enough. So. Exhausting.

As you may or may not know, I’m no longer managing the social media for Sweat. I held the role for two months until my boss told me that he wasn’t ready to give up control yet. Last year, I would have analyzed my performance and wondered what I did wrong, how I failed, etc., when it really didn’t have anything to do with me. Today I recognize my own value and simply move on.

8. I care more about other people

By increasing my ability to converse with others, my capacity to care about them also increased. Prior to starting antidepressant medication, I always said that I didn’t like small talk because I would only meet this person one time and I didn’t feel like wasting time on an interaction that would never happen again (so sweet of me).

I’ve genuinely been able to ask people about their lives and it’s incredible how many people you can meet and get to know this way. You never know who is going to have an impact on your life, so now I’m much more willing to invest time into others.

9. I’m not constantly worrying about the future

Another thing that was second nature to me was to CONSTANTLY obsess over the future. What was going to happen? What wasn’t going to happen? Did I make the right choice? Wrong choice? Was probation going to throw me back in jail for no reason at all? Often these thoughts were completely irrational, but I would find myself lying in bed compounding one on top of the other until my chest was tight and my stomach felt uneasy. Omg, it’s awful just typing it.

My outlook has brightened considerably. I take it one day at a time (something I had known to do all along) and make sure to do a future check-in every once in awhile.

One of my biggest concerns when I started medication was that I wouldn’t be able to write anymore. A lot of (what I felt was) my best writing came from the only deeply emotional place I knew and that was one of sadness and loneliness. I wrote things from that place that I desperately wanted to get out of. Those were some heavier posts last year, guys, and while I still think they were uplifting, I can look back and see how they still carried some weight with them.

I haven’t had as many overpowering urges to envelop the world with my words and tell everyone that THINGS WILL BE OK, but I can still string words together and I think that the messages I offer now are still helpful in a lighter way. (And things will still be ok).

To wrap up, this decision was one of the most helpful and rewarding ones I have made. I don’t know how long I will be on medication, but for now it has helped tremendously and I finally feel like I can be the person I knew I was, but couldn’t quite get a handle on.

For anyone dealing with mental health issues, get the appropriate help. Talk to a therapist, talk to a friend, talk to SOMEONE. My experience may not be yours, but we all need to be responsible for our health, mentally and physically.

10 changes after starting antidepressant medication. #Depression is not a dirty word. #breakthestigma #mentalhealth

No questions today, just feel free to comment about your experience or ask me any questions!! 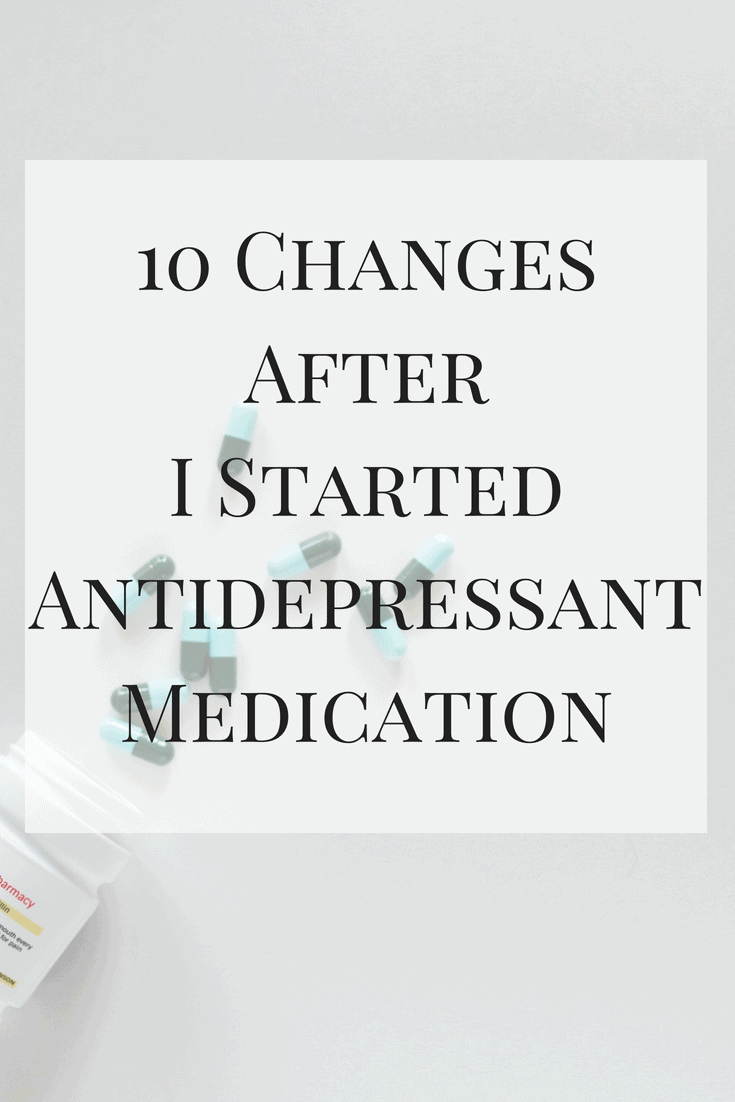 63 comments on “10 Changes After I Started Antidepressant Medication”