How To Approach A Creative Vacation

It was a magical five days and I’m more than happy with the outcome of my trip. As you know, I decided I wanted to get away to concentrate on writing my book with little interruptions. I didn’t sign up for a writing camp or workshop, but decided that I wanted to go somewhere alone. Since it was the first time I had done something like this and hadn’t read much about the experiences of others, I want this post to be about my tips on how to approach a creative vacation. 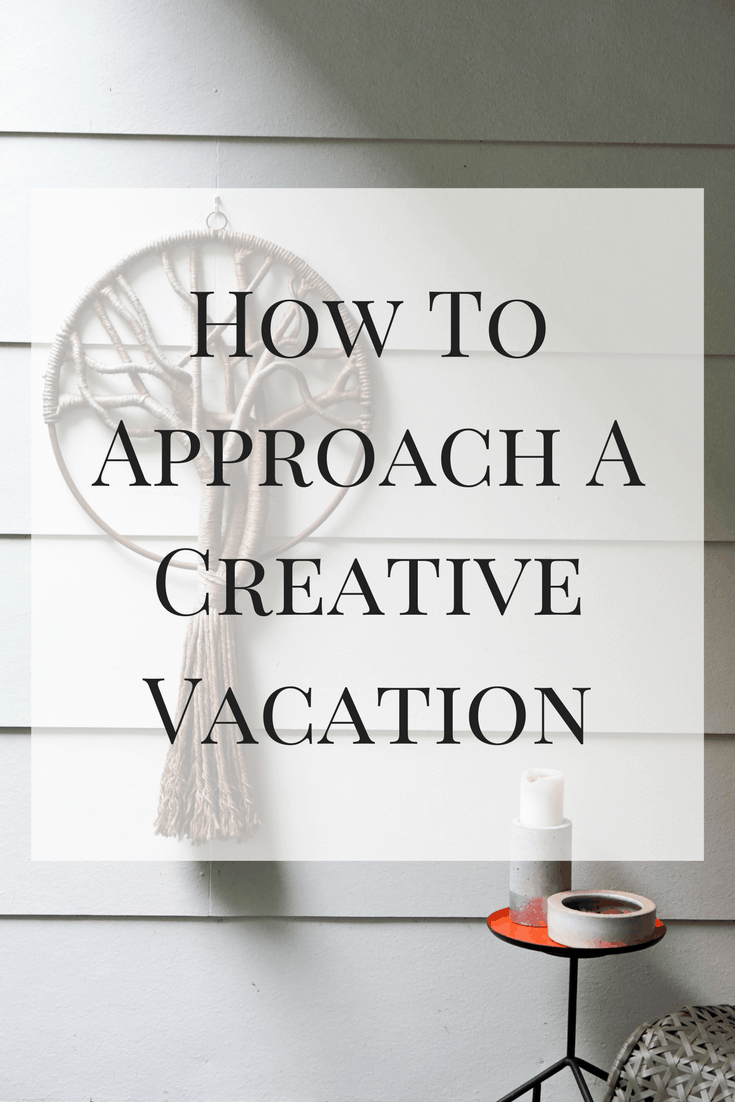 Before getting into my ideas, however, I want to take some time to share about the house itself.

The Modfarm is one of several modern houses in a community called Tryon Farm. I had no idea about its existence until I put it out into the universe that I was looking for a place to get away and work on my book but having trouble finding one. A friend of mine sent me a link to the Modfarm and just in looking at pictures, I knew it was perfect. 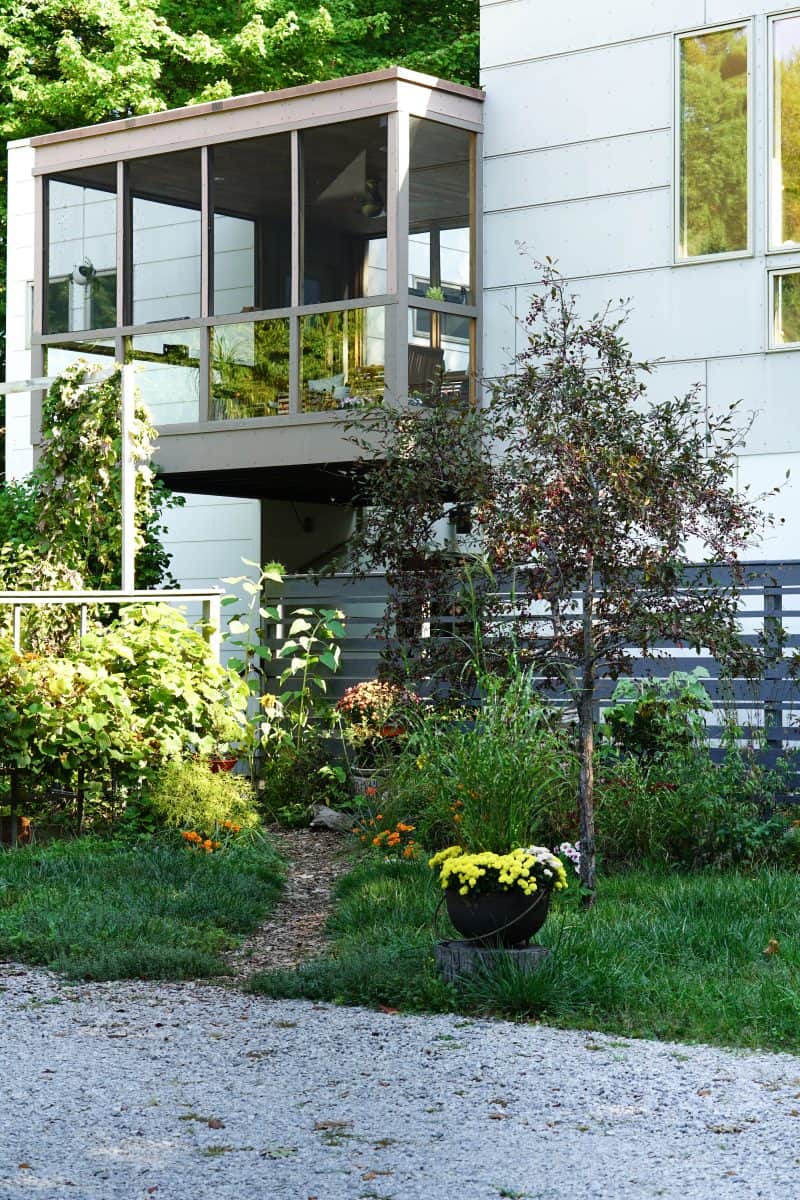 Many of the houses are offset from the road and nestled in the woods, so even though there are several in the community, it feels like each one is secluded.

While I had originally wanted somewhere solitary so that I could be with my own thoughts, I ended up booking the guest house off the main house which meant that the owners would still be there during my stay. This turned out to be incredibly beneficial because they were warm, accommodating, and had some very valuable insights on what I was doing that I wouldn’t have gotten if I stayed there alone. 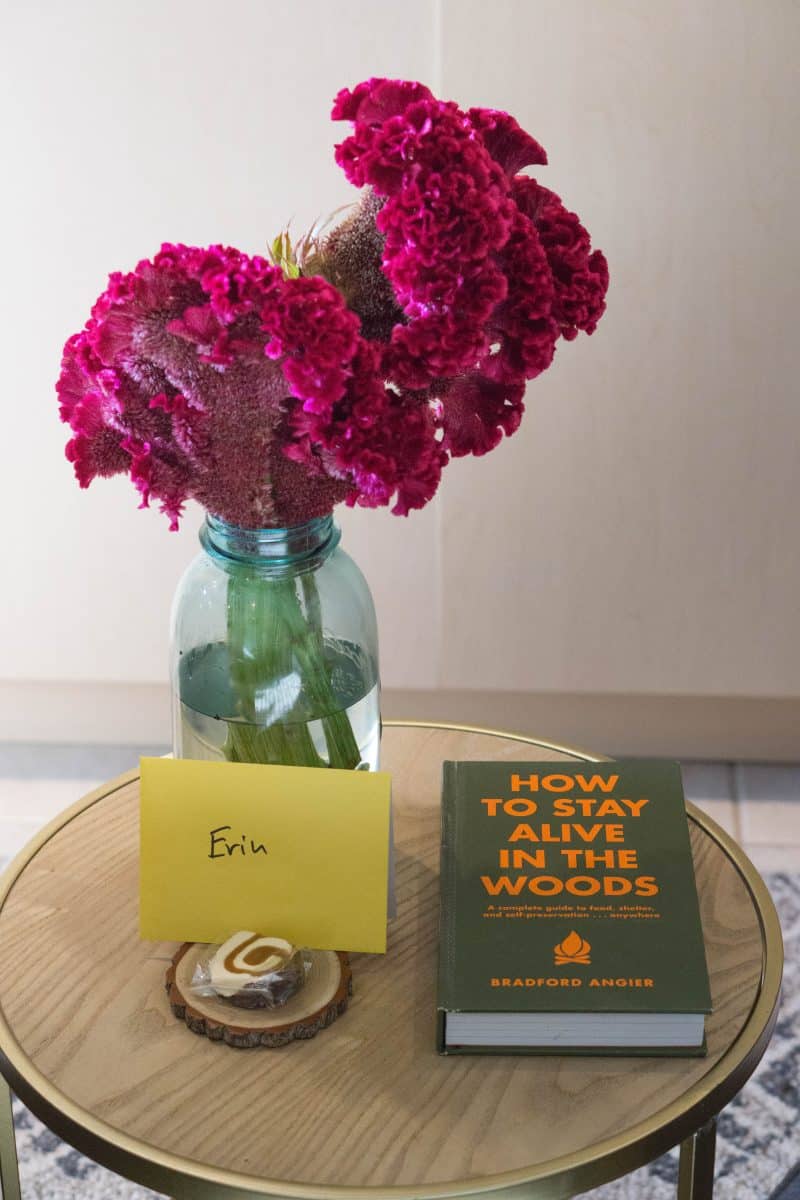 The absolute best part was that one of the owners is a phenomenal cook and I had three meals a day provided for me with fresh ingredients from the garden outside. 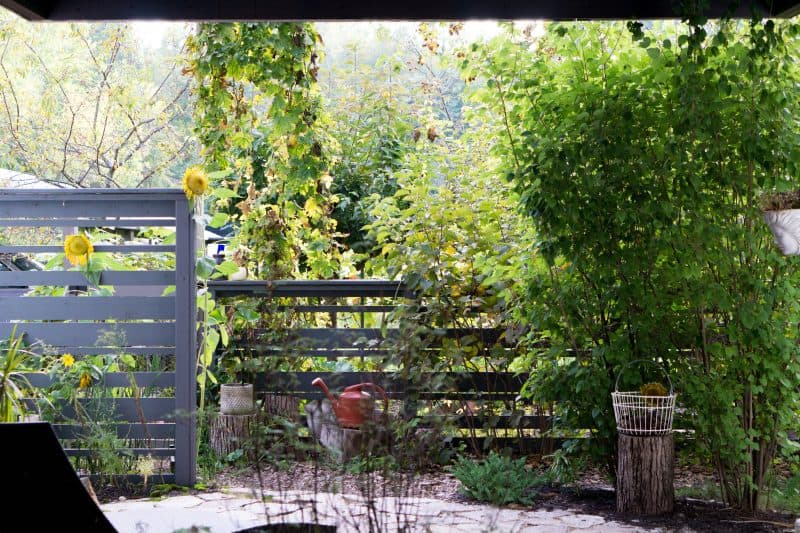 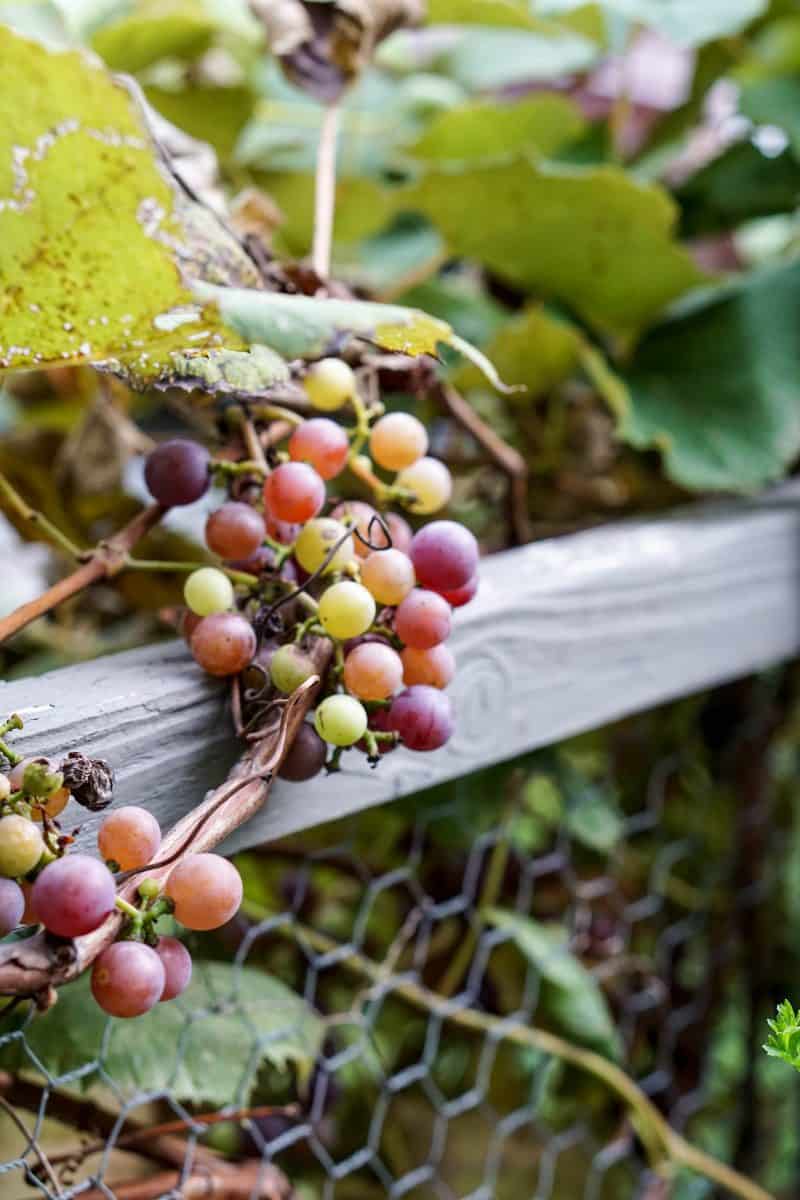 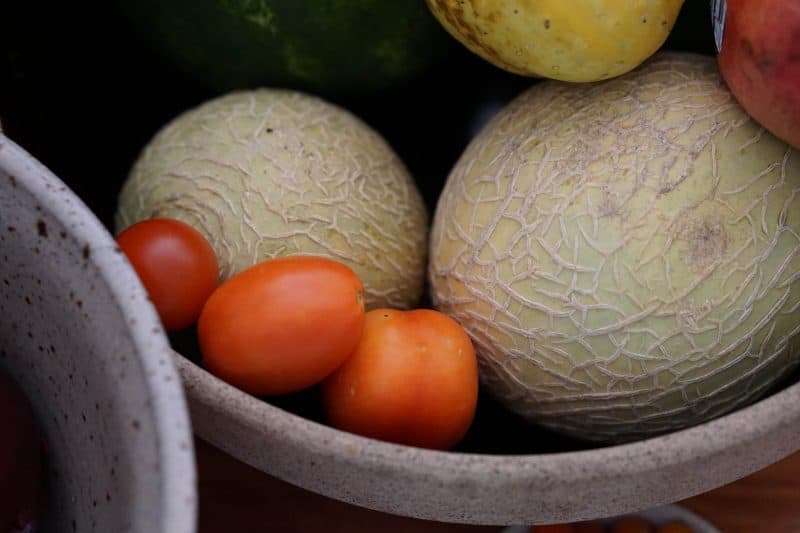 Because I don’t think that my words will do it justice, here are some shots of various meals throughout the week. 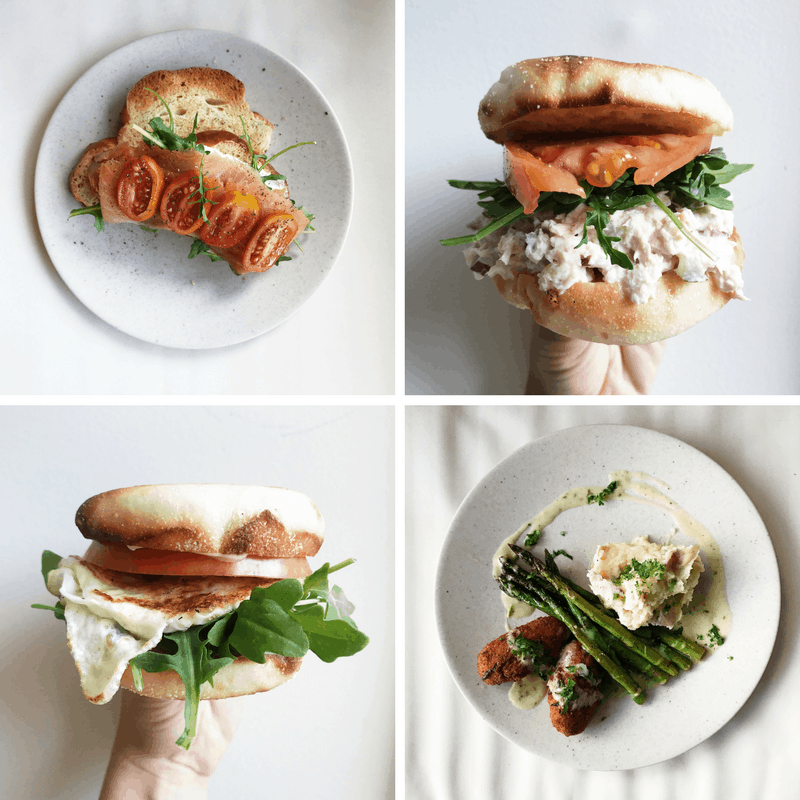 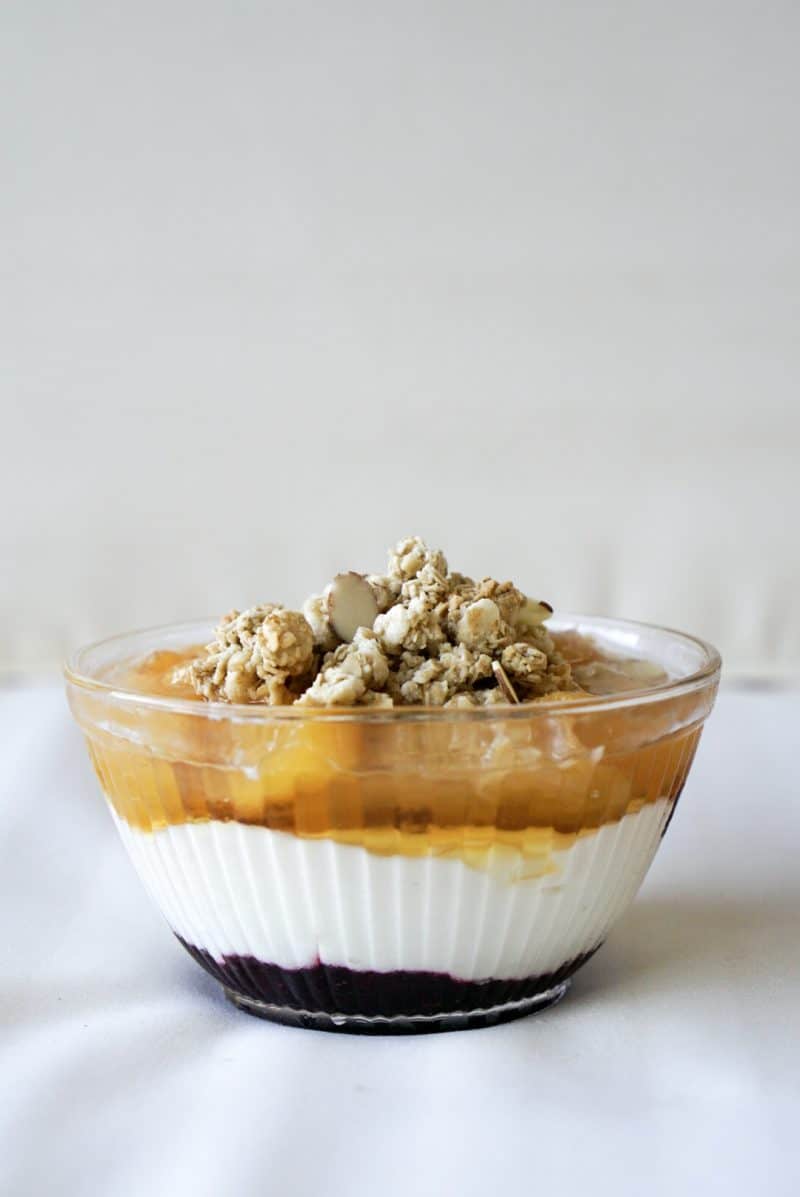 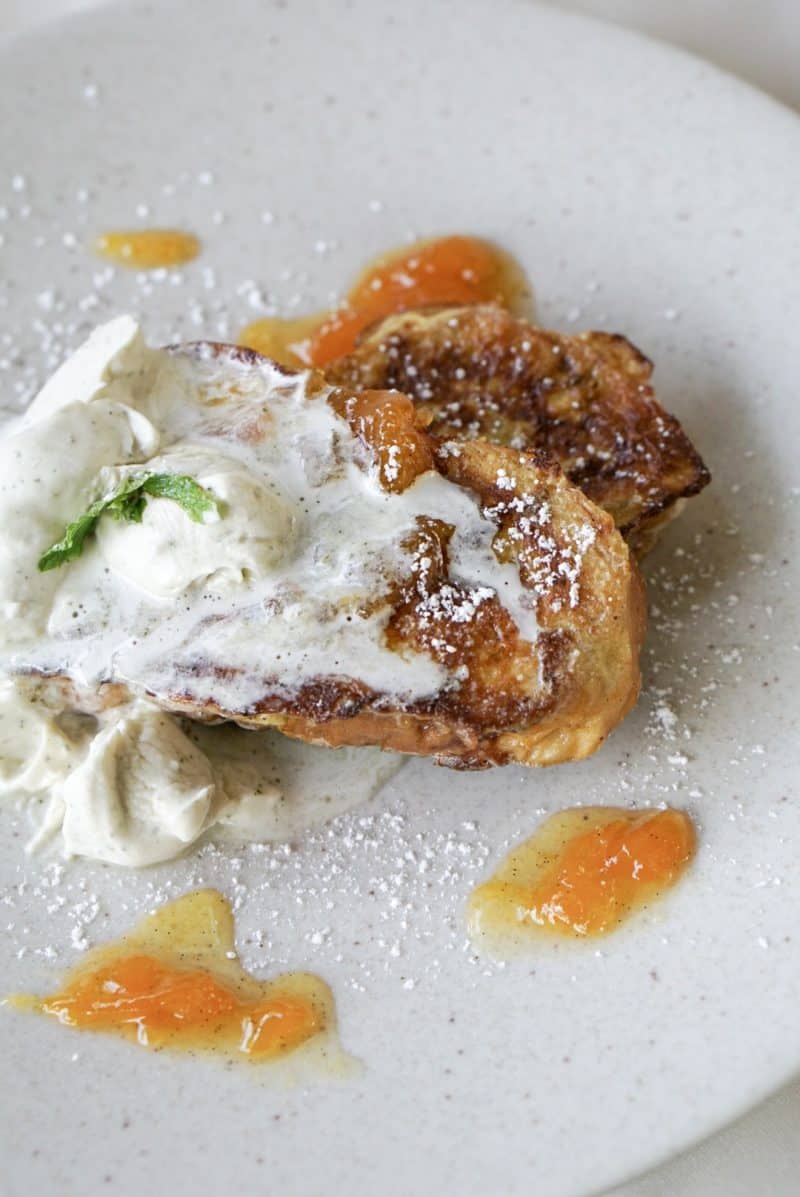 There was also a dog. Enough said. 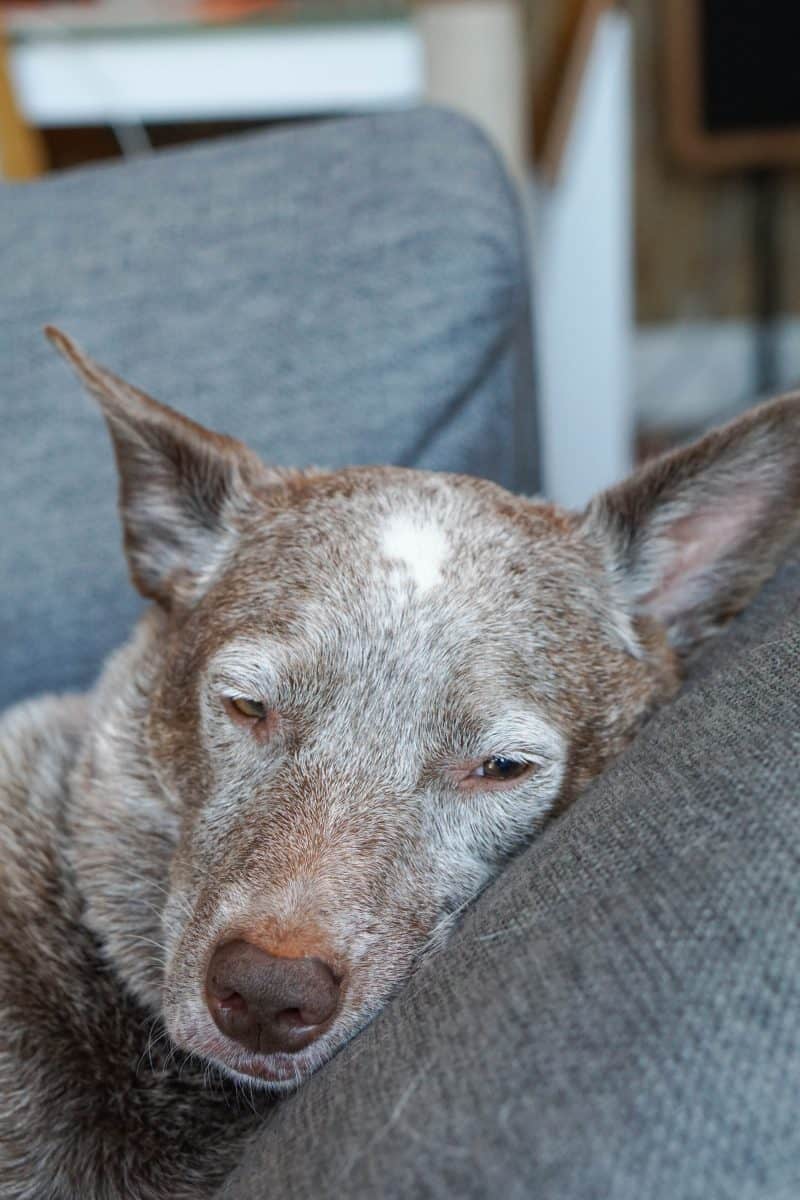 It took me about a day and a half to disconnect from my schedule and routine and I took that time to explore the trails, converse with my hosts, and get some introspection done. It was actually their reassurance and suggestions that allowed me to make a good outline of how I wanted this book to take shape.

My normal schedule each day would be to sleep until I naturally woke up (usually around 8 am), take my time getting out of bed, and then head upstairs for breakfast. After breakfast, I would either take a walk or head back downstairs with a cup of tea to start writing. I found that walking in the morning helped wake me up and also connect with the feeling of inspiration that I get from nature. 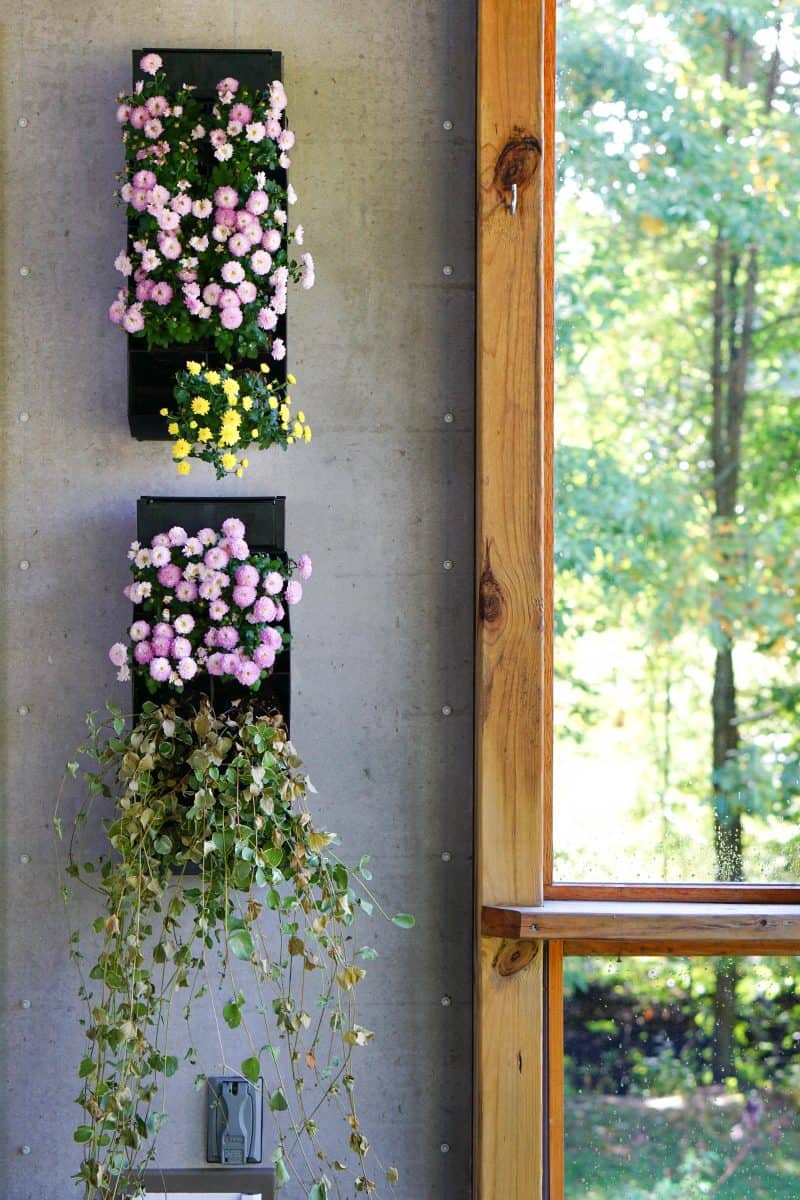 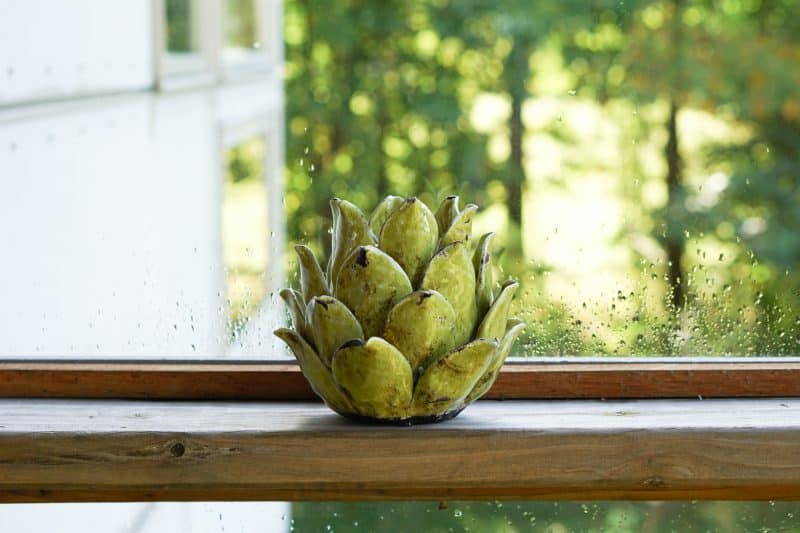 There are miles of trails to explore and different terrains to suit your mood. Some days I walked mainly in the woods, while others I took time to walk in open meadows or sit by one of the several ponds. 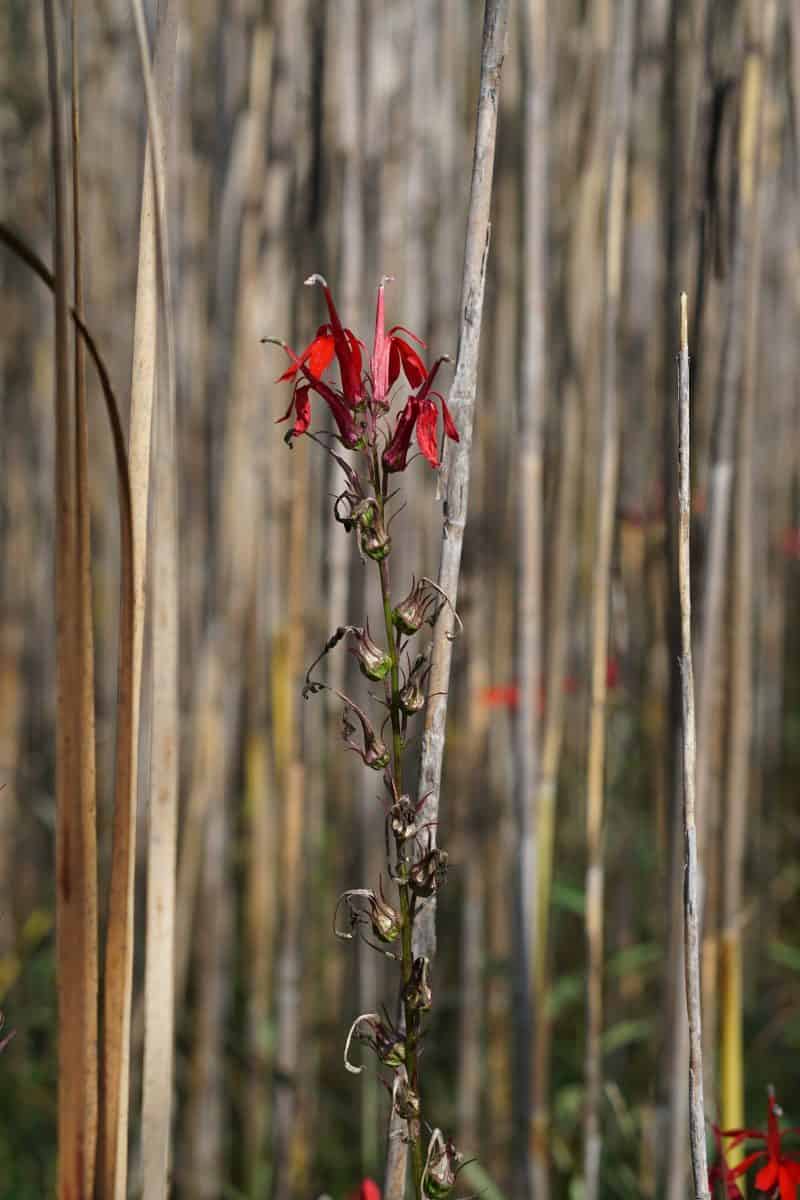 I would write until around noon or 1 pm, then head back to the main house for lunch. Following lunch, I would go to my room to write until close to dinner time, at which point I would wrap it up for the day. Typically by that time I would feel physically worn out, despite not having moved from my chair for several hours. Writing can be some heavy stuff. 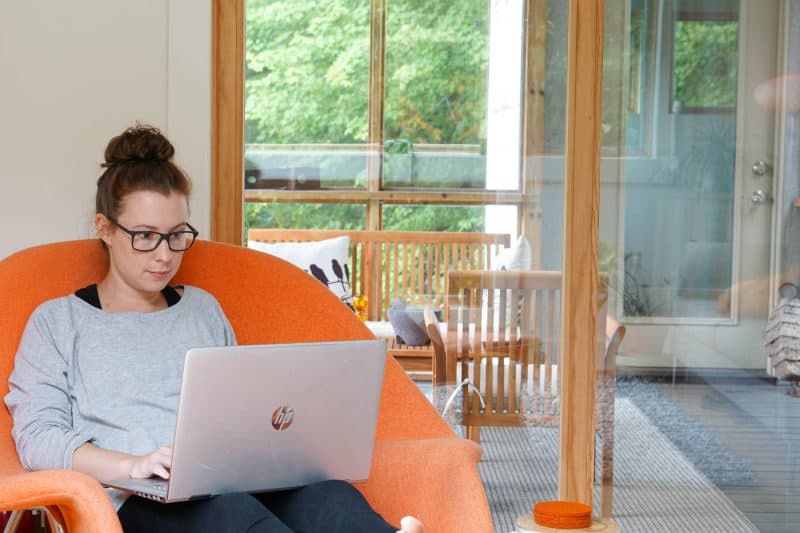 Following dinner, which was typically prepared and served with accompanying music from the record player, I’d stay for a bit to talk some more, then head back down to my room for the night. I would check some emails, settle in, and read until I fell asleep. 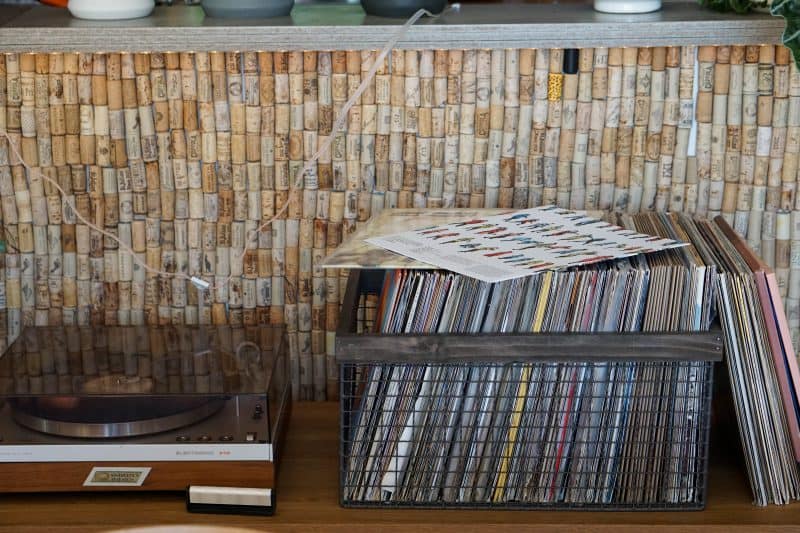 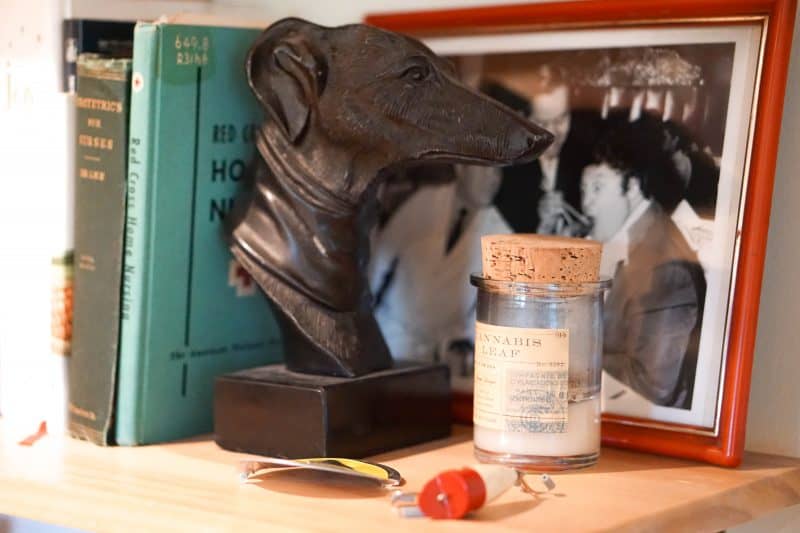 The house and the hosts are incredible, so if you’re nearby (or not), I highly recommend spending some time at the Modfarm. You can rent the entire house or stay in the separate guest house (including your own bathroom and shower) depending on what you’re looking for.

Although I didn’t end up using it, there is also a yoga/dance studio directly across from the guest room that’s another source of creative energy. 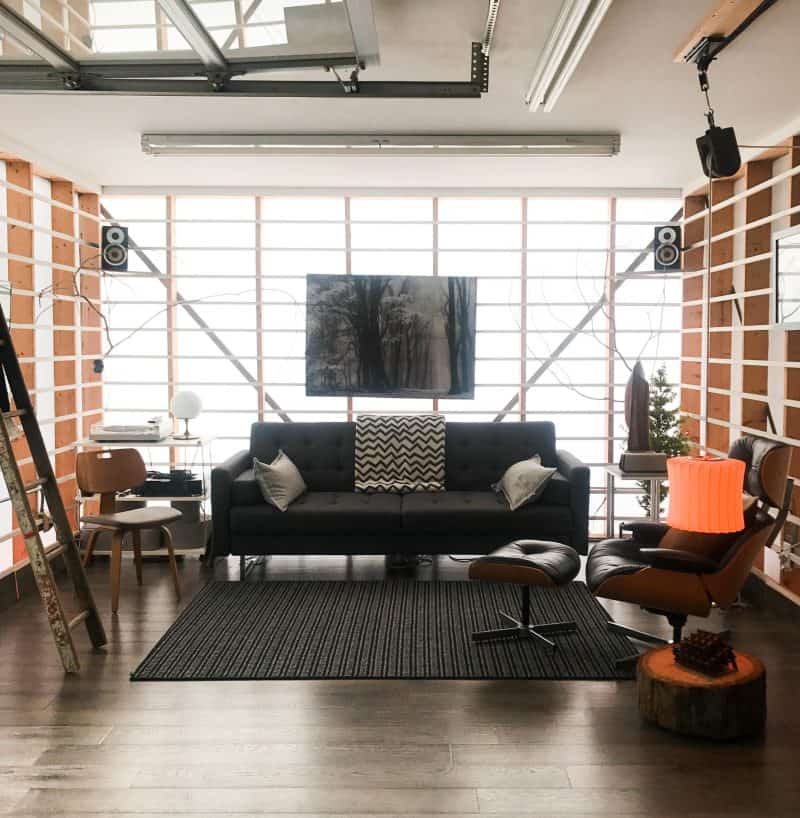 I left on Friday with a renewed sense of purpose and a feeling of contentment. Along with successfully getting a large, and essentially the hardest, portion of my book written, I left feeling inspired to slow down and get back to a simpler way of cooking and eating at home, something I wasn’t expecting when I showed up. 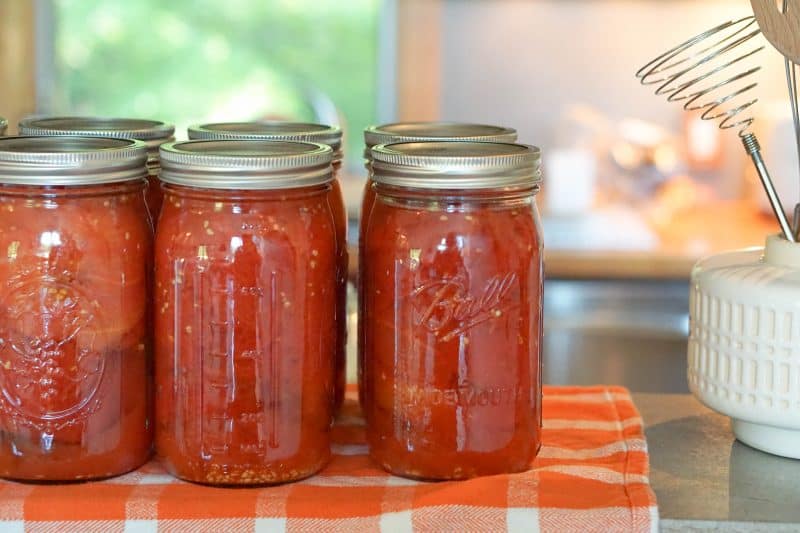 Now that my time there has been recapped, I want to share some of the biggest lessons and tips that I took away from the experience. Hopefully if you decide to do something like this, you can take these with you.

Remember — It’s about the journey

I went into my trip with loose goals of what I wanted to achieve. I find that with writing, it can be hard to force myself to finish a specific amount because there’s such an ebb and flow of motivation and creativity. I wanted to make sure that I got a significant amount done, but that I didn’t put so much pressure on myself that I made the trip stressful and joyless.

What I found, and what I was reminded of by my hosts who are both far more creative than I am, was that it’s about the process. When it became evident that I felt bad for spending most of my first day and a half exploring or simply sitting and watching nature, they emphasized that those things are sometimes just as important as the physical writing. It took me awhile to connect with myself again, which was something I needed to do if I was going to sit down and go through painful events in my life.

Listen to your gut

Initially I sat down and intended to write my story from the very beginning. Since much of my childhood is blurry or disconnected, I found that very hard to do. Instead, I formed an outline of significant turning points, then asked myself which one spoke to me. Surprisingly, it was the hardest part of my addiction that I felt compelled to write about. I talk almost detachedly about that period of my life, partially because I’ve told it many times over, but also because it’s easier that way.

What I found, however, was that there was a lot of emotion surrounding those years. They were truthfully some of the hardest and most emotional times and because I did everything behind closed doors, I was left carrying those emotions by myself. Writing in more detail to expand my life into a book meant that I would have to tap back into those emotions to find the details I needed. I would often finish a day of writing with a tight chest and generally feeling very heavy.

What I realized about this trip was that I felt drawn to nature because that is my safe space. Although the experience was difficult at times, I felt completely safe in my surroundings. By listening to my gut, I was guided to write about the hardest times because I knew this was the safest place to do it.

Open yourself to inspiration

No matter where your source of inspiration comes from, immersing yourself in it for a period of time is going to help you reconnect with yourself and your creative outlet. I remember feeling grateful for this decision and all of the decisions surrounding it, from selecting the guest house to how to approach my writing. I felt peaceful and contemplative during my walks. While I wanted to share it with you guys on social media, I knew that that was shutting me down to immersing myself in my surroundings. I took my phone sometimes and left it others when I knew I needed a more meditative experience.

My routine is different from your routine. What I need for good writing may work completely opposite for you. You may not even be a writer; you may choose to showcase your creativity through art, dance, song, or any number of other outlets.

Don’t forget that the experience is YOURS. Try and set a goal or a desired outcome for your time, but allow yourself the flexibility to change that goal or come up with a new one altogether. Make it what you want and don’t forget to value yourself throughout the process.

Everyone needs a creative vacation – here are some tips on how to make the most of it! 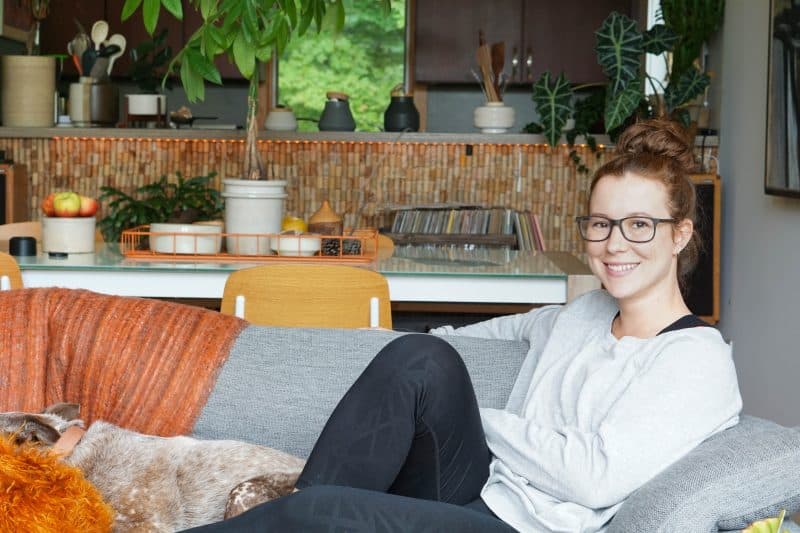 10 comments on “How To Approach A Creative Vacation”