My Project Semicolon Experience - Erin's Inside Job Skip to content

I have never had anything against tattoos; I just couldn’t envision something meaningful enough to etch onto my body for the rest of my life. Especially as a teenager and young adult, things that caught my attention never held it for long and thankfully I was smart enough to realize this. That is why I never got a tattoo.

I had never found anything meaningful enough to turn into a tattoo until June. That’s when Project Semicolon first appeared in my Facebook feed and Heather Parrie’s blog post went viral. Nothing resonated with me the way that the message of this tattoo did.

I loved the semicolon tattoo for two reasons: 1) I love grammar in general and semicolons in particular (see first sentence) and 2) the message behind it felt like a parallel to my life:

A semicolon is a place where an author could have chosen to end a sentence, but chose not to. The sentence is your life and the author is you.

By now I’m sure you are all aware of my journey through addiction. I’ve tried to convey the hopelessness, fear, and anguish through writing, but I’m not sure that words can really ever help another person understand the despair that accompanied me day after day. The aim of Project Semicolon is to help raise awareness against depression, addiction, self-injury, and suicide. As it is also my quest to help break the stigma surrounding addiction, this symbol serves as a conversation starter and a reminder that I could just as easily be another statistic. Because I’m not, it is important to me to bring to light the things that society tries to keep in the dark.

The semicolon is a pause. For me, it represents that moment in my bedroom where I finally paused long enough to realize that this was a problem that was only getting worse and I had a very important decision to make. I was facing severe consequences for my actions and for the first time I realized that I didn’t have to take more drugs to try and deny the inevitable. The road that I would choose was undeniably more difficult, but it was the only one that would keep me alive.

All I needed was that pause. That doesn’t mean that I made the decision to stop using and all was right with the world. I sat on my bed for hours looking up rehab facilities, calling a few, then feeling relieved when they weren’t able to take me. Vacillating between maybe this wasn’t the best decision for me and when would the overdose come? Maybe I was wrong and I could continue using despite my life crumbling around me or maybe it’s time to grow up and do the things that are hard.

The final rehab I called informed me that I would be given medication upon my intake and that I needed someone there to drive me home. I breathed a sigh of relief as I told them I had no one and finally I felt like I had a valid reason to skip rehab altogether. After their own pause, they told me to come anyway.

In typical addict fashion, the moment I saw the tattoo, I wanted it. Thankfully, being somewhat removed from the cycle of immediate gratification, I made myself wait at least a month to decide if I actually wanted to get it. That made my final decision date a day after my birthday. It just so happened that last weekend Neil and I accompanied our friend Matt to a tattoo parlor for his own consultation.

This was only the second time I had been in a tattoo parlor and I knew that there was probably a reason for it. I asked a few questions and was told it would only take about 10 minutes to complete it. Since I was unprepared for such a quick offer, I did a little panicking, left to eat some ice cream, and returned a little while later. This is how I felt: 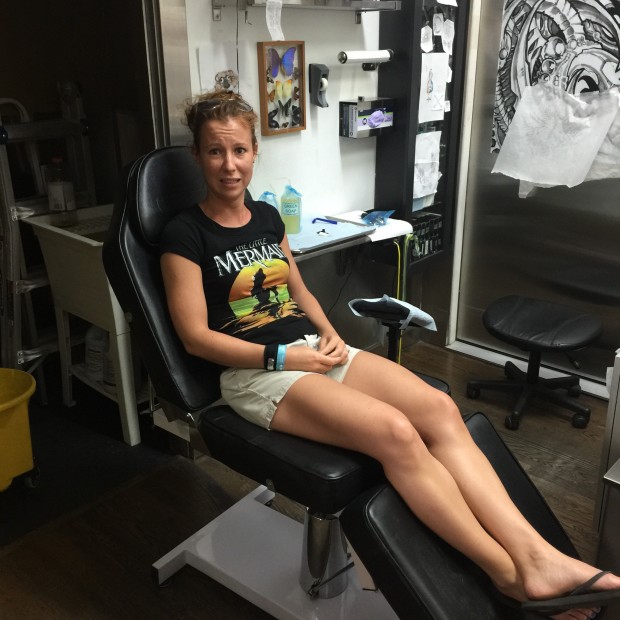 I probably drove Cassandra, my artist extraordinaire, a little crazy because when she mentioned she would probably just freehand my tattoo, I brought up my saved photo font on my phone which she then had to resize, print out, and transfer to my finger a number of times before it was perfect. I’m quite sure that a semicolon was well within her abilities after looking at her drawings on the wall, but I’m glad she appeased me.

It really wasn’t that painful, but you may not be able to tell that from my facial expressions. 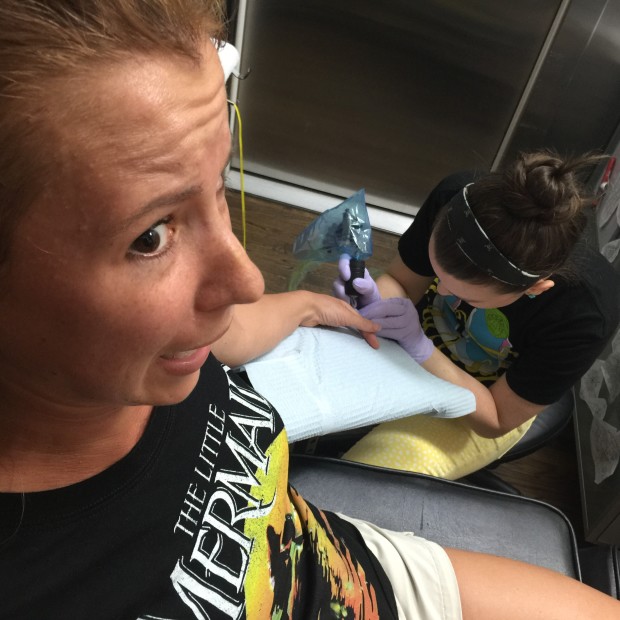 After a few minutes, I was the proud owner of a symbol I finally felt was important enough to share with the world. A big thank you to Cassandra and Metamorph Studios for being so accommodating to my neuroses. Project Semicolon complete. 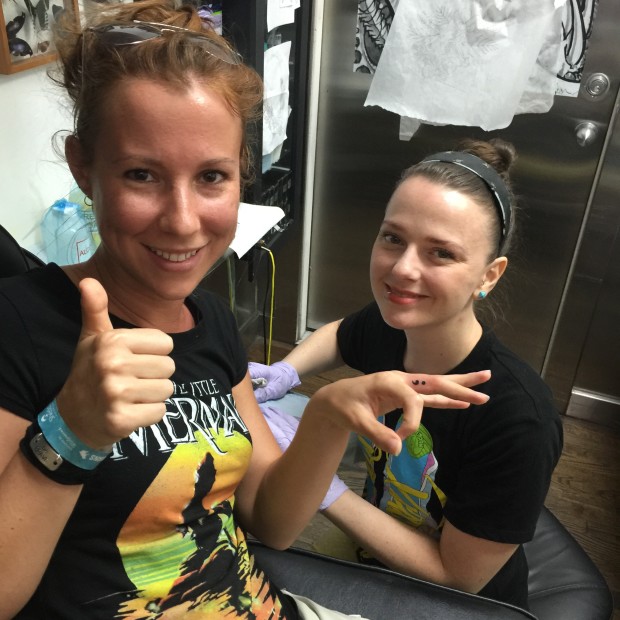 It took me a long time to learn how to ask for help. I felt that it was a sign of weakness and that if I was really strong and capable, I would be able to figure anything out on my own. I never would have gotten to where I am today without help. LOTS of help. And you know what? It isn’t weak. It isn’t shameful. It’s the one thing that kept me alive.

I wear this tattoo proudly as a reminder to slow down and be grateful for where I am as well as where I’ve been.

I wear this tattoo proudly for myself and everyone struggling with addiction or mental illness and most importantly,

I wear this tattoo proudly for those who aren’t quite ready to pause. 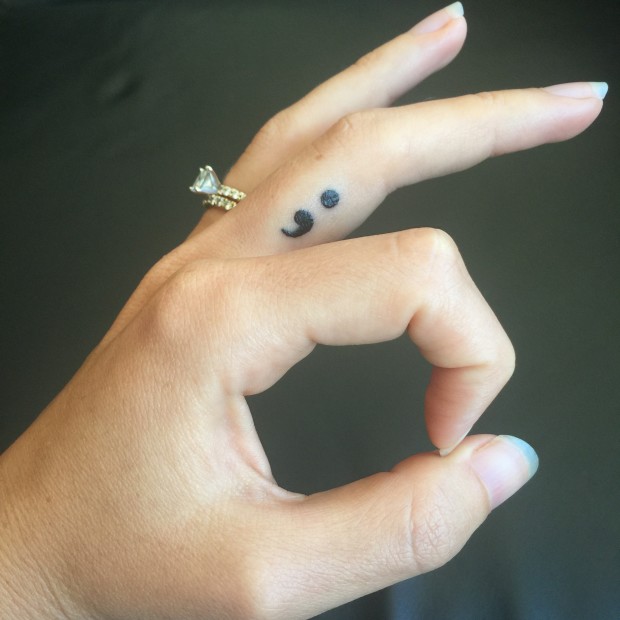 Help is not a dirty word. Break the stigma and learn to pause. #projectsemicolon #addiction
Click To Tweet

35 comments on “My Project Semicolon Experience”