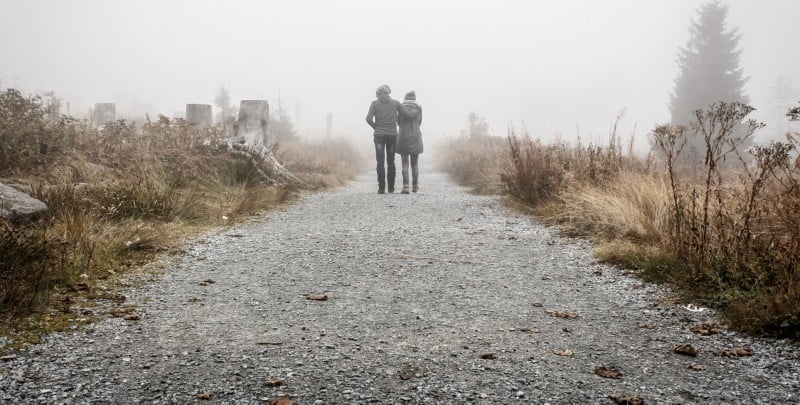 Neil and I have fought about something every Christmas that we have been together. It took me a couple years to realize why Christmas Day, a day that holds some of my best memories and brings me the most excitement, could ever be anything aside from magical and wonderful.

I take most of the blame for these fights, although if you had asked me who ruined Christmas shortly after they happened, I would most certainly tell you I had nothing to do with it. Things would start out fine—making a special Christmas breakfast followed by presents. The first year the fight started during breakfast which really set the day off to a great start. What it took me a few Christmases to figure out was that the real root of each fight was my unrealistic expectations.

I loved Christmas as a child. I woke up, hurried downstairs, got surprise gifts from Santa and a homemade stocking full of candy and even more gifts. It was a time when I felt like my family came together and enjoyed our time together. Even as I got older and entered college, there were still those surprise Santa gifts and stockings full of goodies.

That first year, as much as I knew I wouldn’t wake up to stockings full of candy and Santa gifts, I still held that expectation. And as much as I tried to recreate the magic of Christmas morning in my adult life, those years had passed. Rather than accept that fact, I became disappointed and angry and took it out on the person closest to me. I blamed him for ruining Christmas because he wasn’t as excited as I was or something having to do with putting chocolate chips in my pancakes when I just wanted a regular one. DISASTER.

Throughout life, not only during the holidays, possessing or trying to live up to someone else’s unrealistic expectations causes much more damage than good. Since it is Christmas Eve after all, I decided to share that specific anecdote with you. Now I want to take the time to tell you the most important things I’ve learned in managing expectations.

Going back to Christmas, I realized that I never communicated any of these expectations to Neil. He had no idea that I wanted Santa to surprise me with extra gifts or that I expected him to be PUMPED about opening presents. He didn’t know I expected him to treat that day like the BEST DAY EVER MADE. (Sidenote: I’ve calmed down these expectations for myself since then as well).

This was the first year that I actually communicated my expectations about the holiday. We don’t even give each other gifts for a lot of occasions, but for this one I told him it would mean a lot to me if he put some thought into a gift, even if it was something basic like running socks that I need. I no longer want a stocking full of candy (although that would be delicious), but I do want us to treat the day with a little more attention than every other day.

If you don’t take the time to communicate your expectations, you set yourself up for disappointment. People can’t read your mind, so if you expect something from someone, let them know. I can’t tell you how key this first tip is.

This last one is related to communication. Don’t ever assume that someone else knows what you are thinking, even if you think it is so obvious that he or she must know. I can’t tell you how many times I have made this mistake with friends, family, and obviously Neil. The only one who knows what’s going on upstairs is you and it’s your responsibility to let other people know.

Also make sure not to assume in the other direction as well. Always ask questions to make sure you know exactly what people are expecting of you. If, for example, you are attending a party, make sure to ask things like if you can bring anything, what the dress code is, and if you’re allowed to bring someone not specifically invited. Taking these simple steps will ensure that there is no miscommunication and you don’t end up being the fourth person to bring the same dessert.

Remember, even though I made this post holiday-themed, these points are important during every other day of the year. Following these simple tips will help ease a lot of stress and ensure that everyone is on the same page.

With that being said, I hope everyone has a great Christmas Eve if you are celebrating and I’ll see you all tomorrow!

Not just for the holidays: 3 ways to manage unrealistic expectations!